Report of the Coal Commission, 1866

Extract from: Report of the Coal Commission to enquire as to the quantity of coal at present consumed in various branches of manufacture..." - appointed 7th July 1866.

List of Cannel and Shale Oil Works, distilling crude petroleum from cannel coal, or bituminous shales of sandstones, so far as these have been ascertained, were in 1865 as follows; Many of these are now idle:" 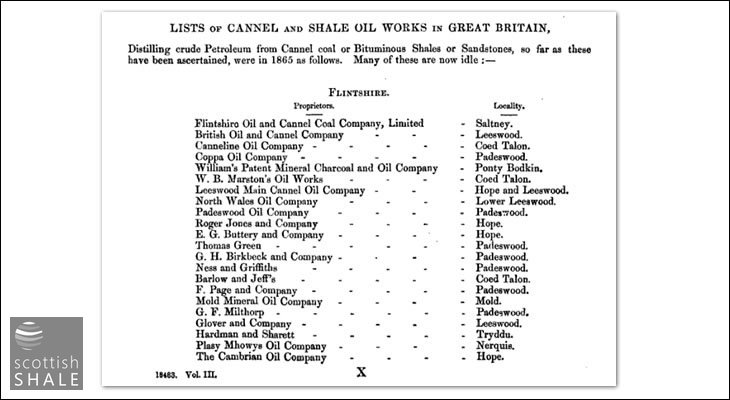