Journey in the footsteps of shale and farming folk

Select your route on the map. Blue routes form part of the Shale Trail, green routes are generally footpaths, while brown routes are roads that are not always ideal for walking, but form necessary links between footpaths. Controls on the map allow you to toggle between historic and modern maps, make maps full screen, or show your location. 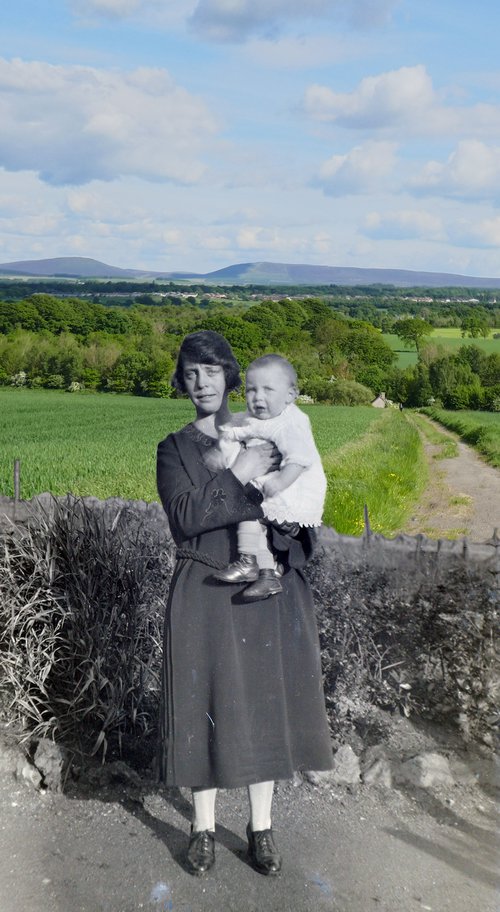 A brief history of footpaths and by-ways

Once, the landscape of West Lothian was uninterrupted by hedges, walls and fences. Tenant farmers worked long strips of land within fields owned by their feudal masters. Around this farmed land lay common ground and wild places where drovers found pasture for their cattle in their long journey to the markets of the south. Roads were rudimentary and most transport was by pack horse.

The rise of Scotland’s trade and commerce brought about a merchant class with the wealth of buy land and invest in its improvement. From the middle of the 18th century land was enclosed with hedges, ditches and plantations, and soils were drained and fertilised. Many of the boundaries and field divisions established at that time still define today’s landscapes.

With agricultural improvements came turnpike roads, with toll bars to take payment and inns to serve the needs of travellers and their horses. Other “statute roads” were maintained by local labour and taxes. In the 1880’s the old turnpike trusts were dissolved and the county council took over full responsibility for road maintenance. An official “list of public highways” was drawn up, but for various reasons some long-established roads and lanes were never included in “the list”, and slowly fell into disuse. Some of these green lanes survive today as farm tracks and footpaths.

Other paths have only ever served foot traffic. Many footpaths existed as informal and unsurfaced short cuts between farms and cottages, often following the boundaries of fields. In other instances a path might serve a greater purpose, providing a link between settlements, or as a regularly used route to work or Sunday worship. Such routes might be designated a right-of-way, allowing the parish council to help in their upkeep, often maintaining footbridges or stepping stones at river crossings.

The rise of the shale industry saw new oil works, pits and villages established in country areas. Many new paths were formed so miners might plod to their pit, or the weans could trek to a school that may lie several miles away. For those who spent a working life in the depths of the earth or enveloped in the fumes of an oil works, this daily breath of fresh air could be a pleasure (at least, in fine weather). Precious leisure time could also be spent on country rambles and summer picnics

By the middle of the 20th century most were travelling to work or school by motor transport. Industries had closed, folk moved on, and footpaths became overgrown. Many of the old routes were blocked, built over, or otherwise lost.

Thankfully, the tidying-up of old industrial sites has sometimes created new room to ramble. The route of some mineral railways are now footpaths, and forests grow on pit bings. Our footpath network reflects a heritage dating back to the time of the highland drovers which has been re-shaped by every generation that has followed.

Let’s treasure and enjoy it.