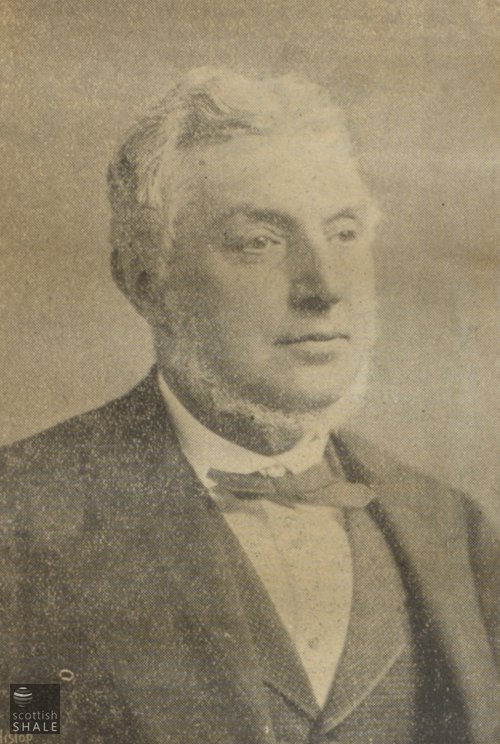 We regret to announce the death of Mr Archibald Ritchie Gillespie, which occurred at his residence, Hay Lodge, Trinity, on Thursday. The deceased gentleman was born in Trinity on St Andrew’s Day, 1828, and he was thus in his 78th year. His death removes a once-prominent figure in the public and commercial life of the port. His membership of the Dock Commission extended over a period of twenty-seven years, and the seventeen years during which he was convener of the Finance Committee of the Commission embraced one of the most important and interesting periods in the history of Leith Docks. Mr Gillespie had for some time been in failing health, but he was able recently to be at the office, which, though practically retired from business, he retained at 18 Bernard Street.

Mr Gillespie entered business life in May 1842, being then apprenticed to Mr Charles Philip, a Leith General Merchant. After serving his apprenticeship, he, in 1847, became a clerk with Mr Isaac Horsford Cockburn, West India merchant, Leith. He remained in that post until 1848, when he began business as a commission and forwarding agent, in conjunction with Mr Robert Leitch. His partner dying in December 1850, Mr Gillespie was shortly afterwards joined by Mr John F. Cathcart, and they continued in business under the designation of Gillespie & Cathcart until 1883. They also carried on a business in Glasgow under the name of Gillespie, Cathcart, & Fraser from 1859 until 1874. Since 1886 Mr Gillespie had less direct interest in business, except as a director from time to time of the following:- Oakbank Oil Company, Ltd. (1869-1896)*; Clydesdale Bank (1879-1885); and the Scottish Provident Institution (1886).

It is through his connection with Leith Dock Commission that Mr Gillespie will be best remembered, so far as his public work is concerned. After the reconstitution of the Dock Commission in 1875, he became a member of the Board as one of the representatives of the dock ratepayers, whom he represented until his retirement from the commission in November 1902. In the varied work of the Boards with which Mr Gillespie was connected, his experienced and well-considered advice was greatly valued, but it was in the management of financial affairs that he found the principal field for the exercise of his remarkable abilities and untiring energy. As a convener of the Finance Committee of the Dock Commission he took a leading part in several important transactions carried through by the Commission, including the commutation, in 1896, of two annual payments – £3180 on behalf of the creditors of the city of Edinburgh, and £2500 to the College of Edinburgh – which the Commission had previously been obliged to make. These annual charges on the revenue of the harbour and docks were commuted by payment by the Commission of nearly £190,000.

It was also while Mr Gillespie was convener of the Finance Committee that the important Act of 1892 was obtained, giving the Dock Commission power to borrow money for the construction of the Imperial Dock and other works of extension and improvement. When he was appointed to the convenership of the committee in 1883 the debt was £330,000, and the Commission had three preference claims before them – the claim for the Loan Commissioners, the claim for Edinburgh, and the claim for Leith. When it was decided to build the new dock it was thought desirable to get rid of these preferences, and this was done at a cost of about £280,000. In 1902 the Commission had paid off this sum, and had also, at a cost of £700,000, added the new dock to their assets, while only increasing their debt to £760,000. Notwithstanding these large payments, considerable reductions were rfom time to time made in the harbour dues charged by the Commissioners. Between 1882 and 1886 reductions of 20 per cent. on shipping and 12½ per cent. on goods were made, and in 1886 a revised table of rates, giving effect to much larger reductions, was introduced. On his retirement from the Dock Commission in 1902, Mr Gillespie was presented by his colleagues and other friends with his portrait, which is now hung in the Board-room at Dock Place.

As a Leith man, Mr Gillespie took a good share in some of the social improvements of his day, being specially interested in the management of Leith Hospital, and he acted as treasurer to that institution from 1862 till 1865. He was also connected with the formation (and management since) of the Association for Improving the Condition of the Poor about the year 1870, and acted for a long time as secretary, and once or twice as chairman of the Executive Committee.
Mr Gillespie came of a stock of old Leith people, all of whom occupied in their day and generation prominent positions in shipping and commercial circles in the town. An uncle, Mr Archibald Ritchie, after whom he was named, was a former manager of the London and Edinburgh Shipping Company. A brother, Dr John Gillespie, who died in 1865, exerted himself indefatigably on behalf of Leith Hospital.
The funeral will take place to-day to Warriston Cemetery. Source: Leith Observer, 11th August 1906

*This is an error. Gillespie actually served as a director for Oakbank Oil Company until around the time of his death in 1906.