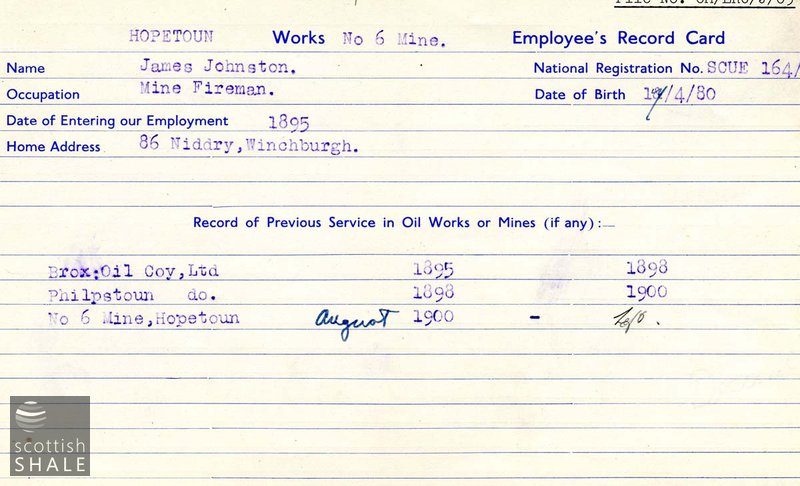 The death took place at his home in Broxburn of Mr James Johnston in his 90th year. Jimmy, as he was known to the villagers, was a very accomplished violinist and played at many local functions,. In his younger days he was a keen golfer, playing first on the old course at Faucheldean then at Niddry Castle. He taught the art of golf and was a low handicap player himself. Jimmy was a member of the Loyal Order of Shepherds and up until a few years ago was their agent in the district. A very cheery man he always had a kind word for everyone he met. The community has lost a worthy citizen who was laid to rest in Uphall cemetery. A large turnout of relatives and friends attended.