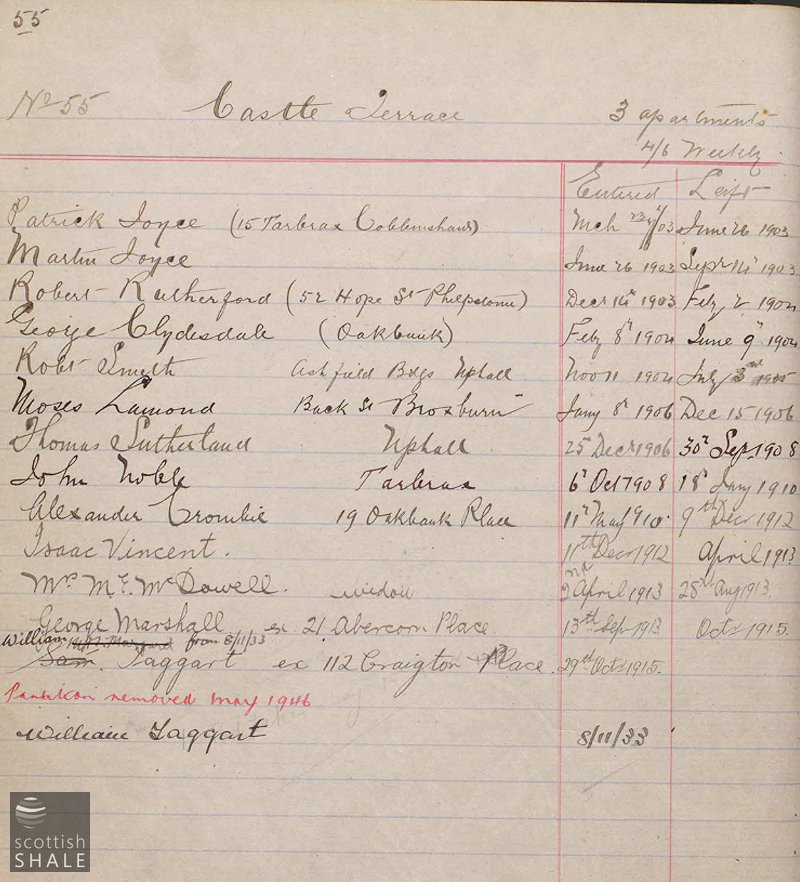 Broxburn Workmen's Compensation Case - An action under the Workmen's Compensation Act, which was recently raised in the Linlithgow Sheriff Court at the insistence of Moses Lamont, retortman, against the Broxburn Oil Company, has been settled out of Court. The applicant asked the court to have a memorandum of agreement recorded by which the Company agreed to pay him half of the wages he earned prior to the accident. Proof as to the genuineness of the agreement was to have been heard this week, but the respondents have paid a lump sum and expenses in full settlement, and the action has been taken out of Court. The agents were: - For applicant, Mr R. R. Forrester, solicitor, Broxburn: for respondents, Messrs Glen and Henderson, W. S., Linlithgow.

Some may forget you, your mother will

You will live in my heart till life's journey

Lord teach me to live that when my days

I'll be met at the gate by my own darling

- Inserted by his mother, brother and sister.