Suffered an accident on 4th January 1928, while employed as a fitter at Oakbank Oil Works 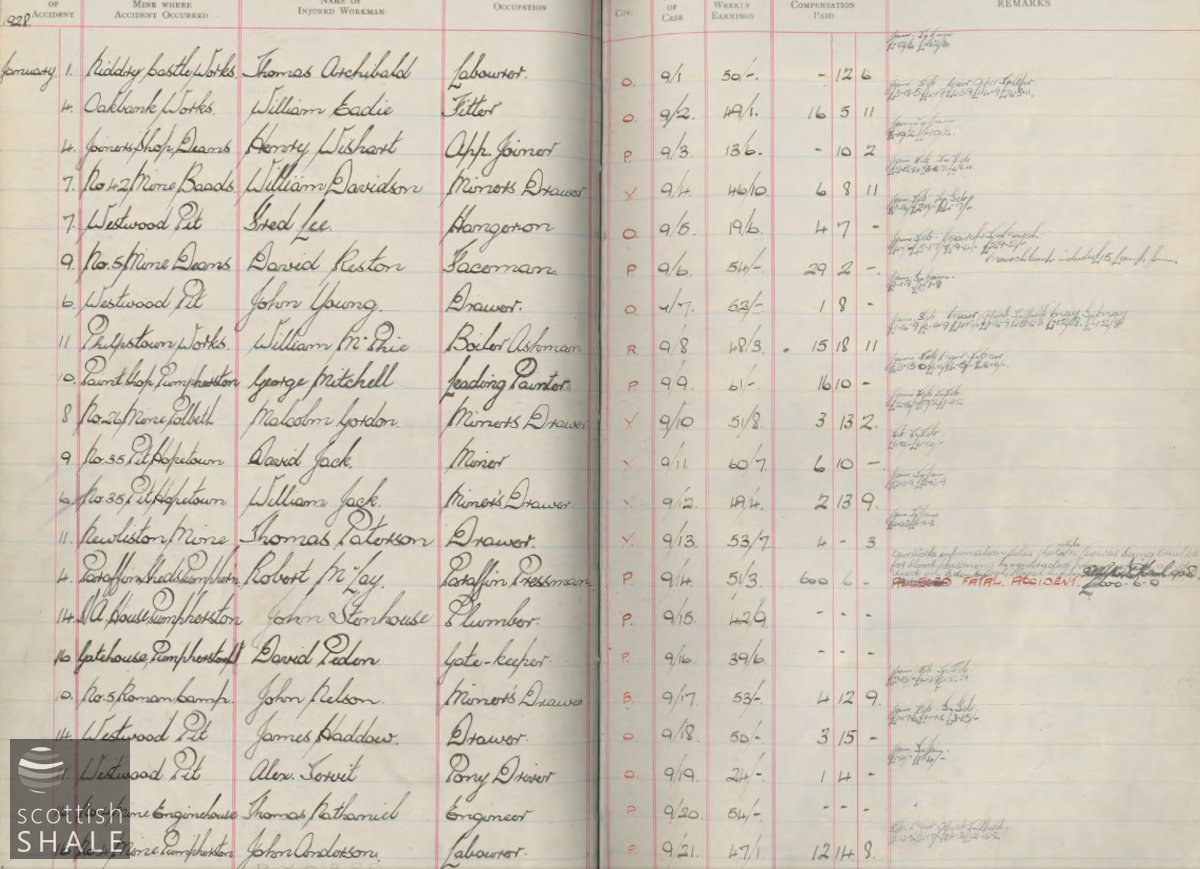 ACCIDENT AT THE WORKS - on Thursday of the last week, while employed in a tank in the company's works, a young lad names William Eadie, 16 years of age, fell through the roof of the tank and was precipitated to the bottom of the tank; sustaining a compound fracture to his leg and severe scalp wound. Medical assistance was soon on the spot, and after the lad's injuries were dressed, he was removed to the Edinburgh Royal Infirmary. The injured lad is the son of Mr Wm. Eadie, engineer, Oakbank, and was employed as an apprentice boilermaker.