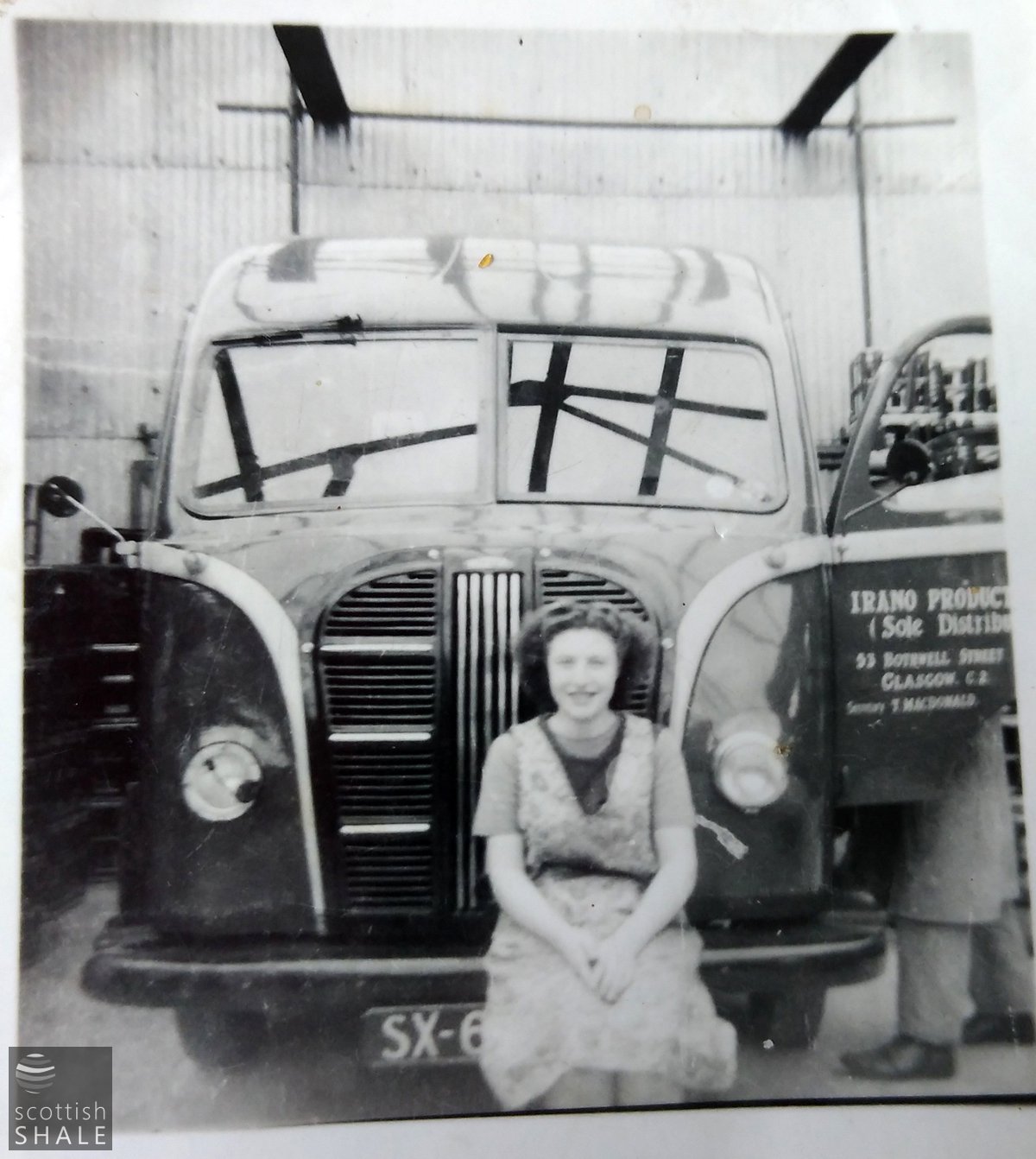 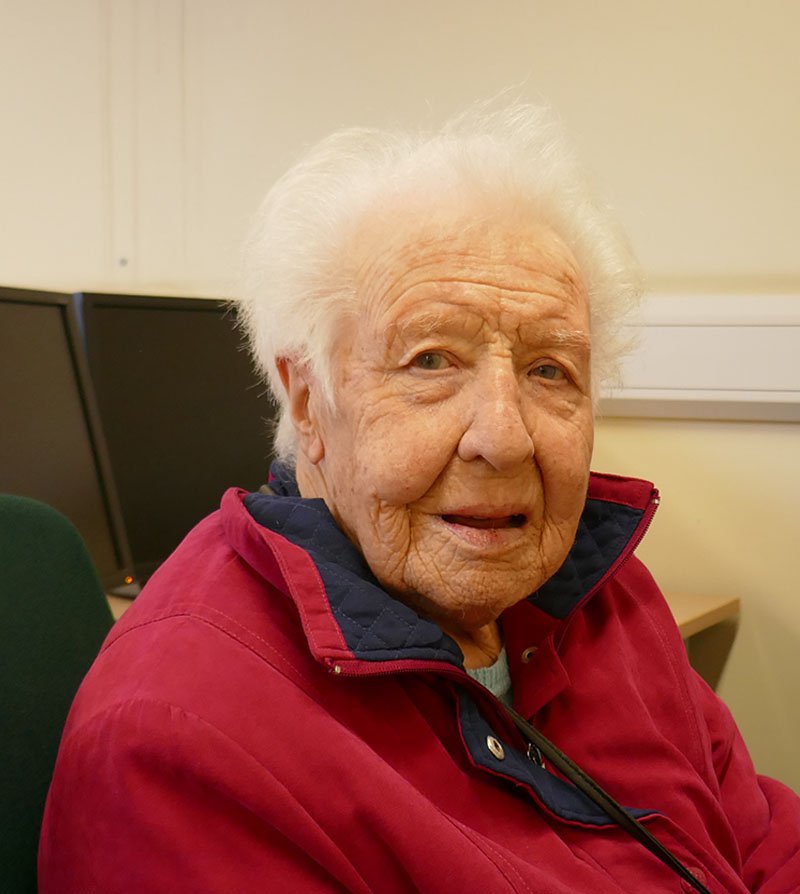 Originally starting as Iranopol in 1948, By-Prox was the very successful shale oil by-product created to combat the shortage of soap after WWII. The introduction of this product created the opportunity for local women to become much more involved in the Shale Oil Industry, and one such woman was Janet Clark.

Born in Uphall, Janet had the opportunity to work for By-Prox because her Grandfather, George Clark, was a night watchman at Pumpherston Oil Works. Her father, William Clark, had also been in the industry, working at the Roman Camps breaking up the shale. He later went to work at Grangemouth. Her father’s position came with a miner’s house, and was a much appreciated source of income for the family after he had previously had unstable work, including a job carrying bricks on his back for the local Uphall shop. Her father worked in the industry quite early on, only briefly seeing some of the much needed health and safety measures later introduced, such as the important baths in the 1930’s that helped to prevent paraffin dermatosis. As with many households at the time she fondly remembers the family having to share the same lot of bath water. She remembers visiting the mines when she was a young girl, describing the industry as very ‘boyish’.

Janet started with Iranopol, at the age of 18, just when the product had started to be made, after a short experience working at Binn’s Department Store on Princes Street. Iranopol quickly changed to By-Prox during her time there. She recalled that her role involved a little bit of everything; specifically filling bottles, labelling and corking them, with the bottles being collected by van first thing of a morning to be taken away for sale. The mix of tasks kept the job very interesting.

Being a local lassie herself she already knew most of the people working with her before she had started, with most of her colleagues naturally coming from the surrounding areas of Pumpherston and Uphall, including some she had known since childhood. This made for a relaxed working environment, and there were often social events for the workers such as Christmas dances, where they would, in Janet’s words, just dance and ‘muck around’. Some of those she remembers well from her photographs include Bunty Newton, Mary Joyce, Sheila McTavid, Peggy Splat, and Effie Fry. Being the first group working with By-Prox, and all being from a similar area and background, the workers quickly formed a close knit group.

After two years working for By-Prox Janet left to get married. As a ‘bride to be’ she was dressed up in a veil and paraded around the Pumpherston Oil Works, with everyone coming out to see her and wish her well. This tradition told people that she was going in to a ‘tied house’ with the farm her husband would be working on. As a married woman she took on a new role within this farm, one that she describes as much more hard work than that she had with By-Prox, and so she looks back on that time, and the industry as a whole, with happy memories and a sense of great joy and fulfilment. 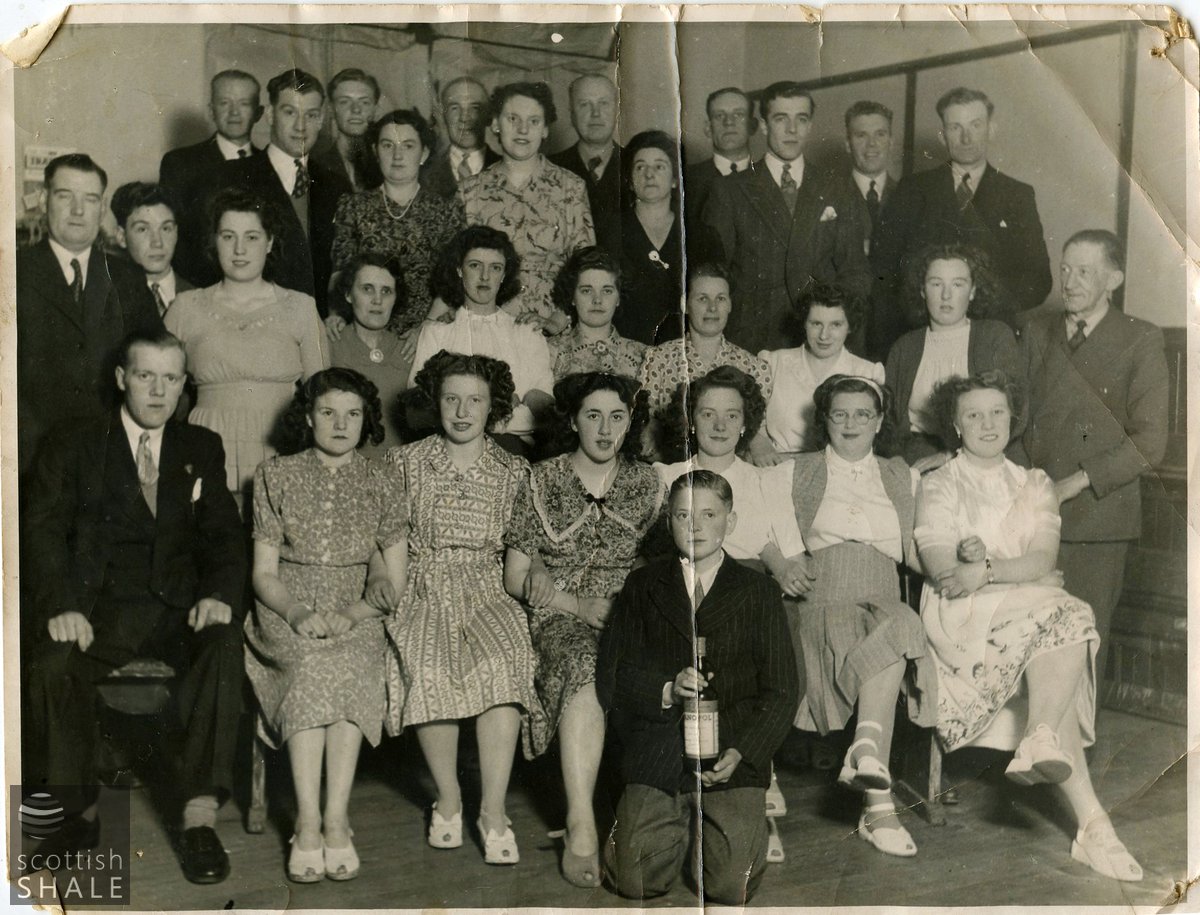 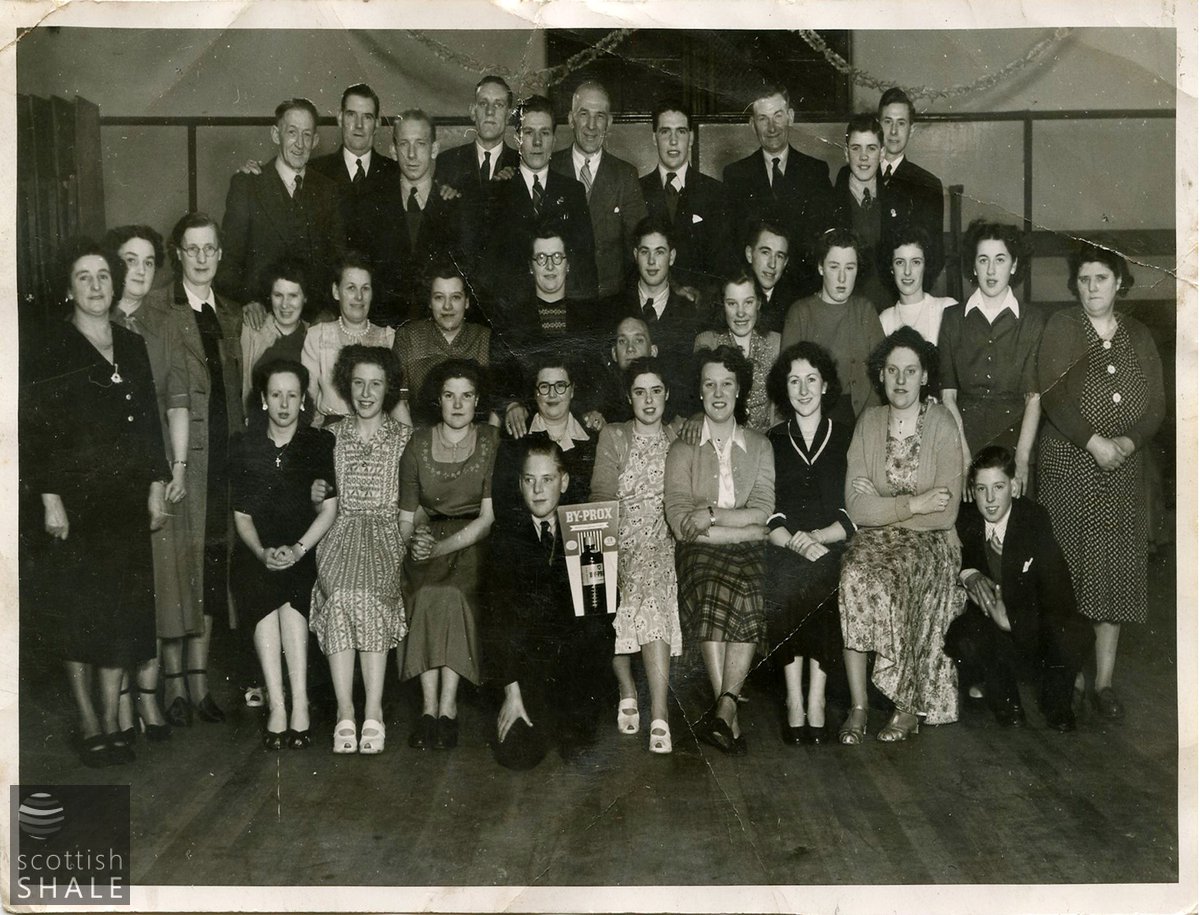 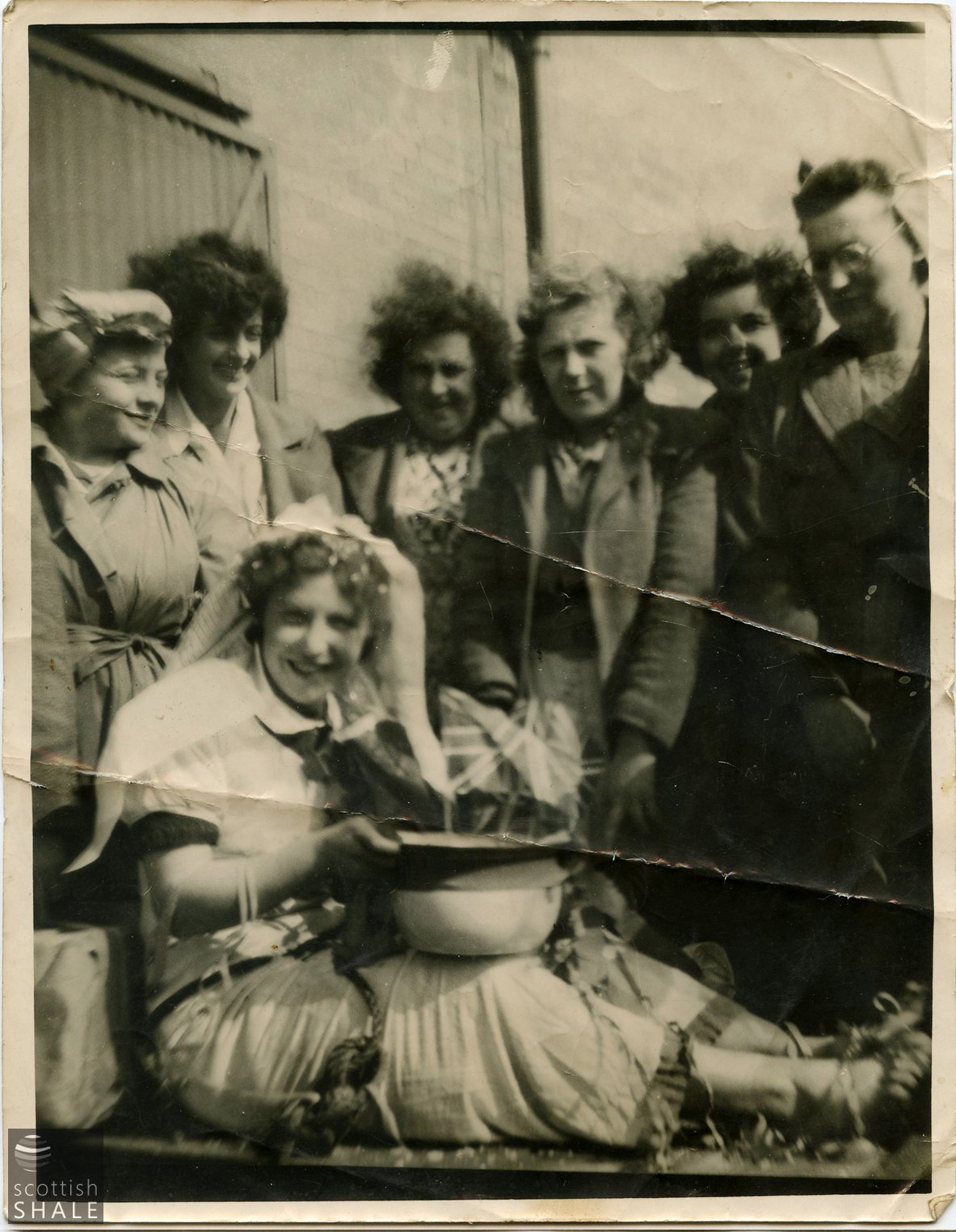