An Alien Landscape at Harburnhead

The remains of the Harburnhead limestone mines. 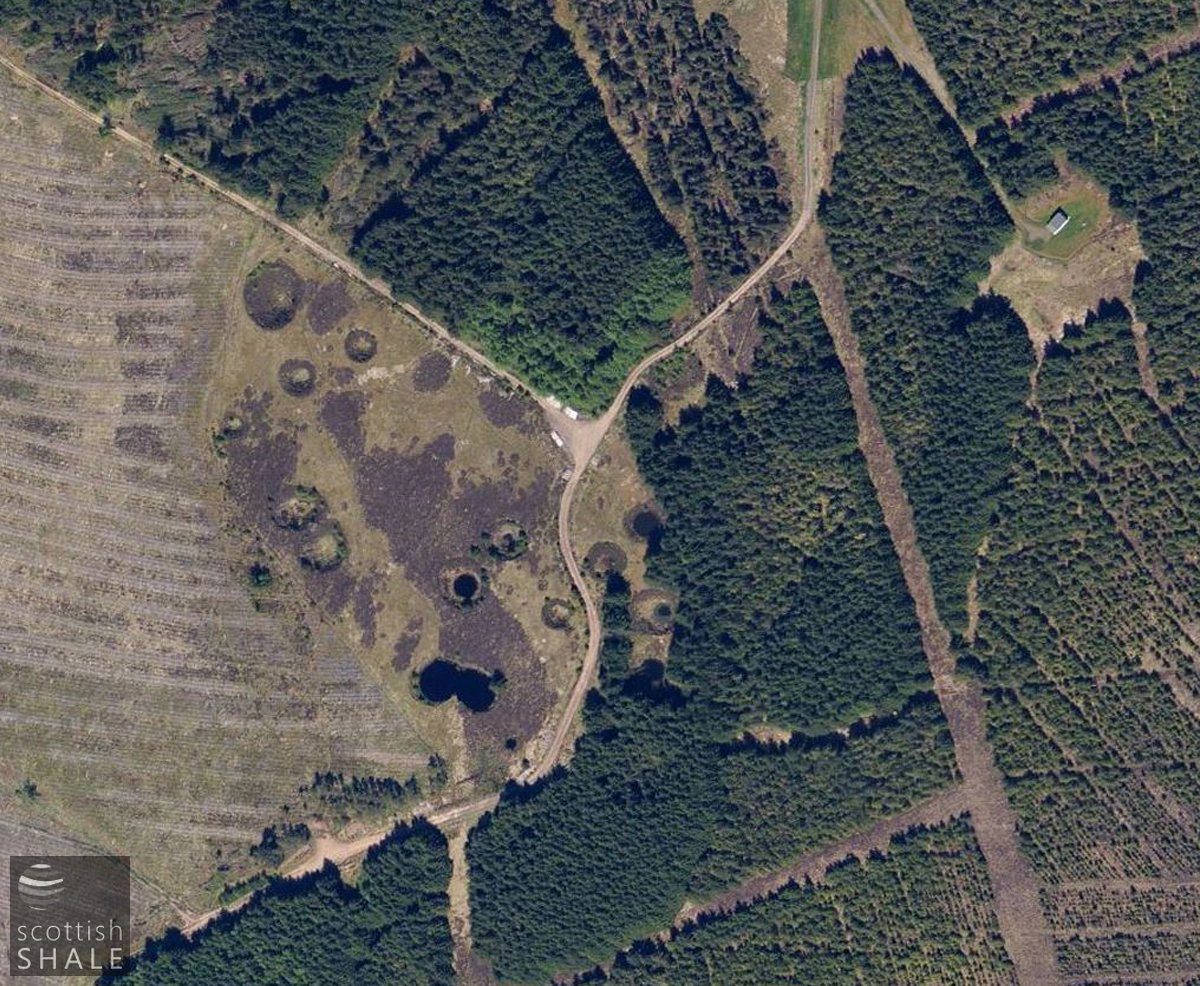 Aerial view prior to construction of the wind farm, showing an array of circular shake holes. 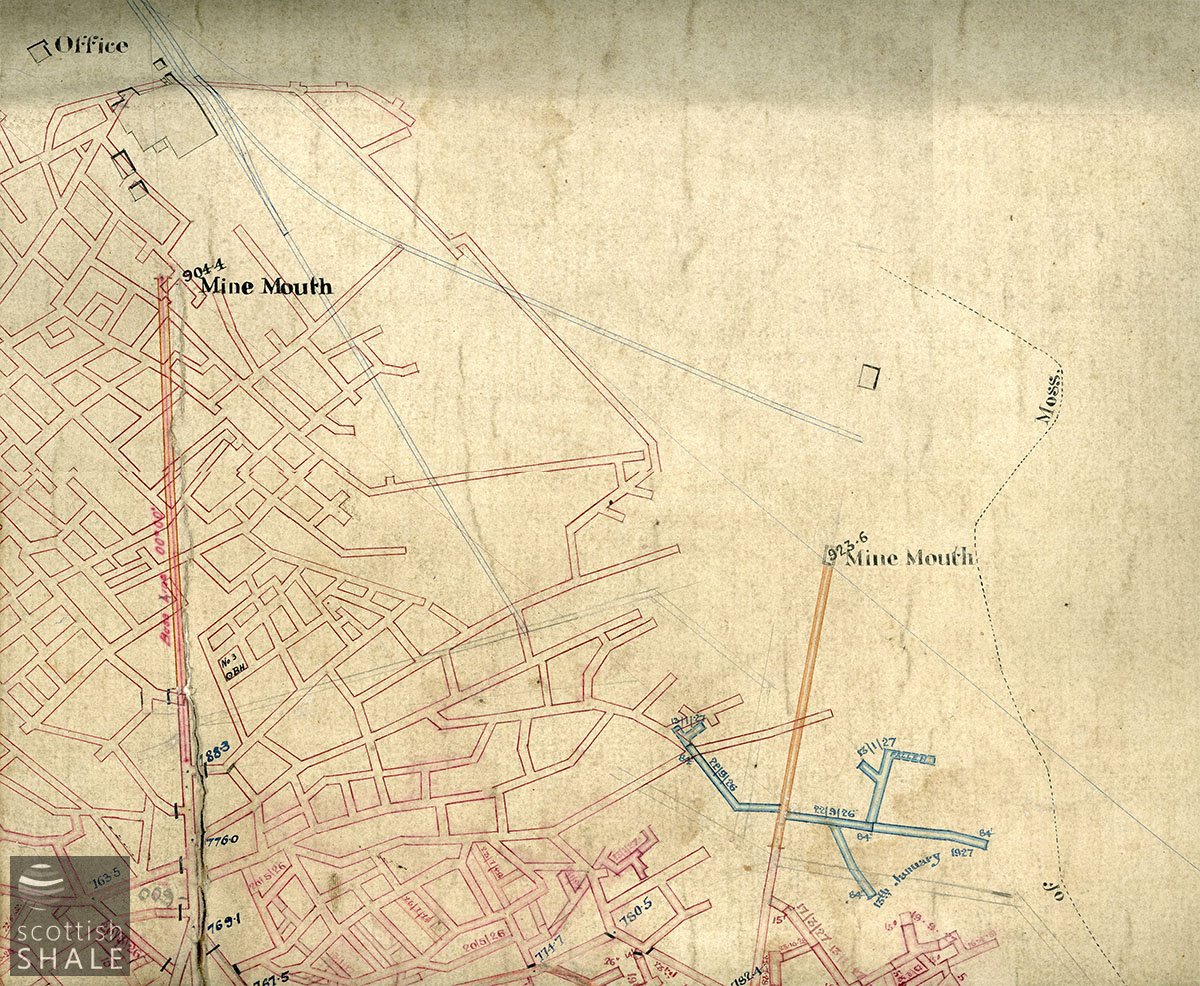 Section of the plan showing the two mine entrances, mine-head buildings, and a network of stoop and room workings.

Viewed from space, you might imagine that the remote moorland around Harburnhead had been hit by a meteor shower. However, the mossy landscape pock-marked with deep craters does not result from objects falling from the sky, but from activities beneath the earth. 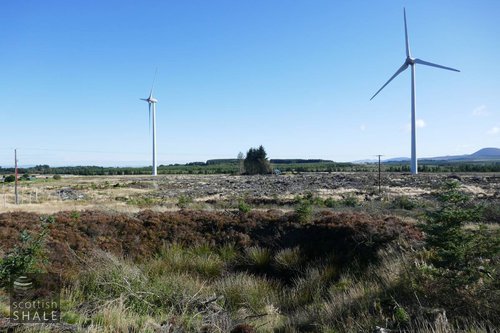 The Burdiehouse Limestone was once greatly sought after as a flux in iron and steel production. It occurs at various sites across West Lothian and was extensively worked to supply the iron furnaces of the West of Scotland. Limestone had been quarried and mined at Harburn, a couple of miles south of West Calder, since the middle of the 19th century, but workings were abandoned in 1916 following collapse of the mining company.

In about 1922 mineral rights at Harburn were acquired by the Glasgow Iron and Steel company, who operated a steelworks in Wishaw and had many other mining interests. The company extended the branch railway that had served the old workings and established a new mine in moorland about half a mile to the south, near Harburnhead Hill. As would be expected, the mine had two entrances, one for hauling stone from the inclined workings by narrow-gauge railway, and the other equipped with a fan for ventilating the mine. The seam of limestone was 27 feet high and was worked by the stoop and room method, progressively removing the limestone in steps (“benches”) while leaving pillars of un-worked stone to support the roof. The mine employed about 40 men and continued to produce limestone for the steel and cement industries until closure in 1962. 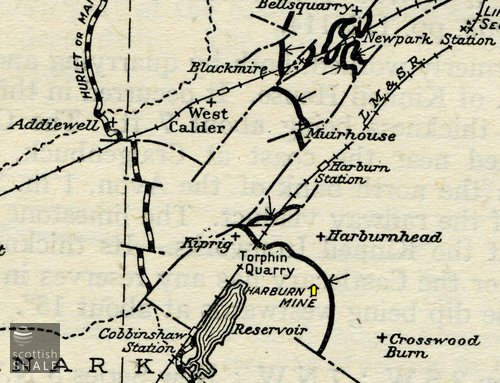 The mine buildings were subsequently cleared except for two massive concrete pillars close to the main mine site, (perhaps foundations for the crushing machinery?) – and a small building near the ventilation shaft. The shallower parts of the flooded mine workings soon collapsed causing the surface above to spectacularly subside into a pattern of steep-sided round “shake holes” some part-filled with water. Coniferous trees were planted on much of the moorland, and the site of the mine gradually disappeared within the growing forest, seldom visited except for members of the clay pigeon shooting group, who established their clubhouse on the site of the main mine.

The landscape radically changed with the construction of Harburnhill wind farm, which opened in 2017. The forest was felled, and a network of roadways constructed to link the twenty two turbines. A considerable programme of site investigation works was carried out to ensure that turbines were sited well away from the undermined area, and planned route of some the access routes had to be changed as the full extent of subsidence risk was established. The small building on the site of the ventilation mine has enjoyed a second lease of life as control centre of the wind farm.

A deserted landscape of felled trees and raw new roads, coupled with the whistle and flicker of the stark white turbines contribute to a scene that feels slightly odd and unearthly. Doubtless however nature will gradually soften and heal the raw edges and the turbines will become accepted as just a further chapter in an unfolding history.

Above left: A shake hole,looking east towards the second (ventilation?) mine.

Above right: Location of Harburn mine, with the wide black line representing the outcrop of the Burdiehouse limestone. From "The Limestones of Scotland" Geological Survey 1949. 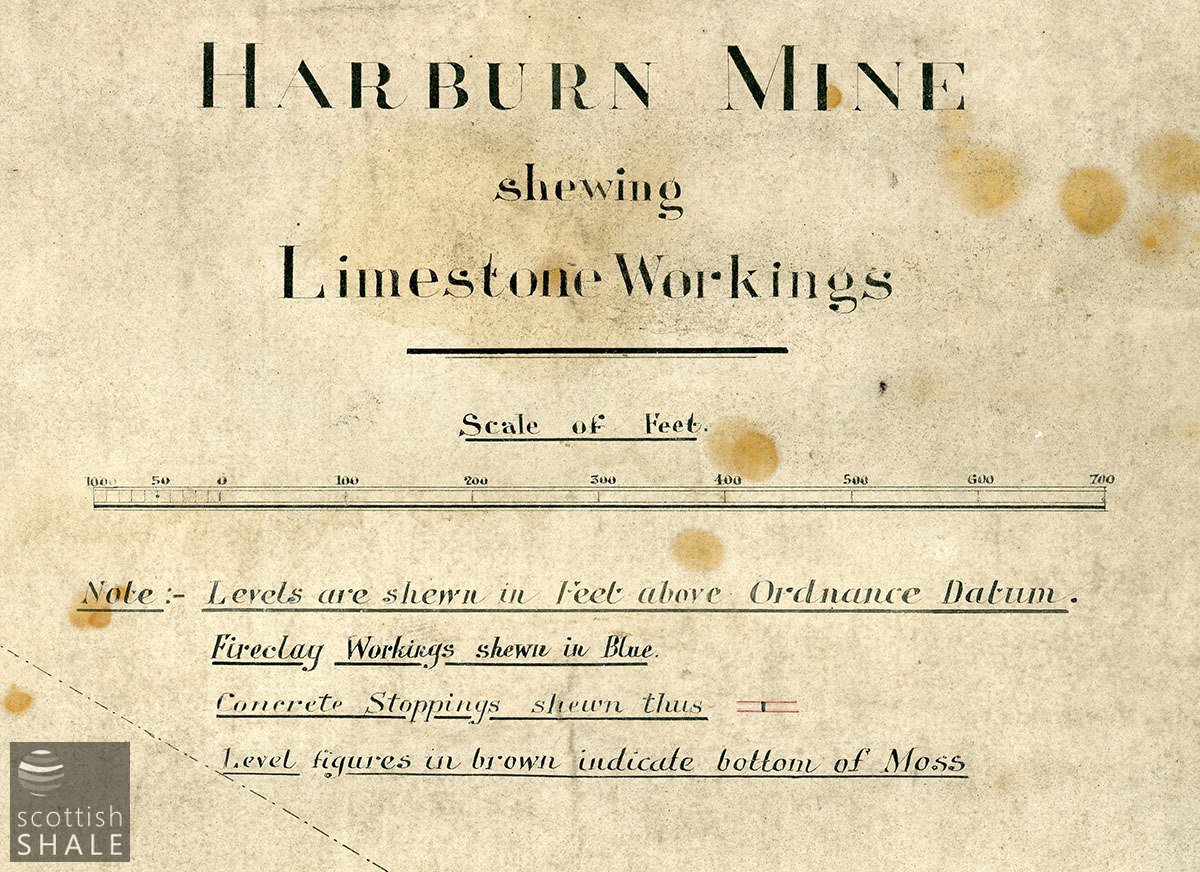 Title of a mine plan from the Almond Valley collection. 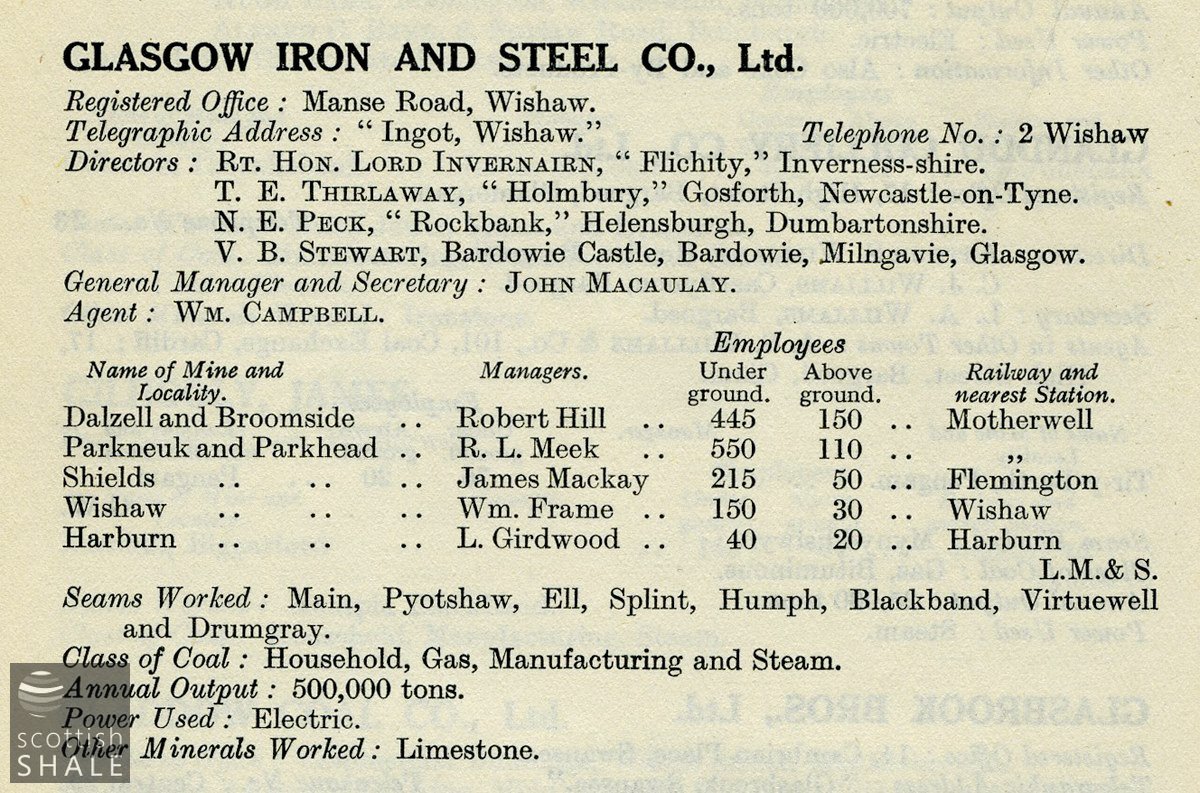 From the 1924 Colliery Yearbook - recording 40 underground and 20 surface workers at Harburn mine. 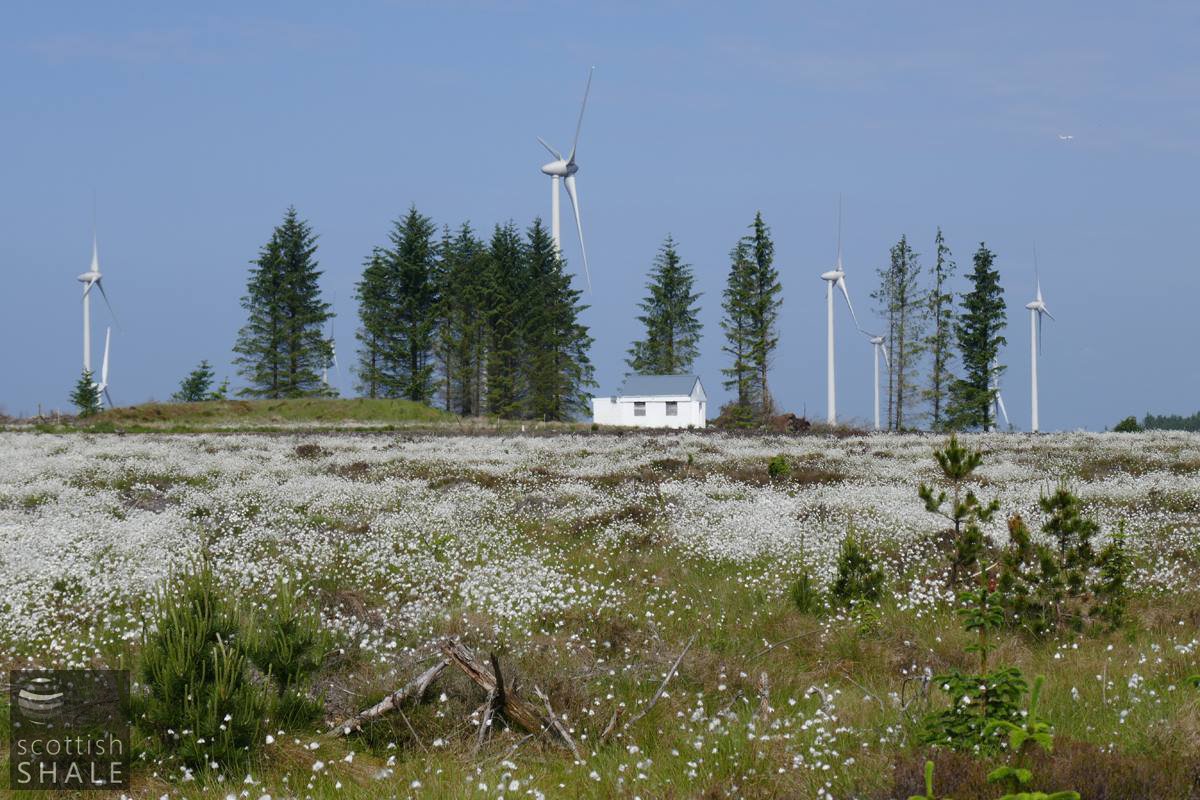 View towards the second mine entrance, now control centre for the windfarm. 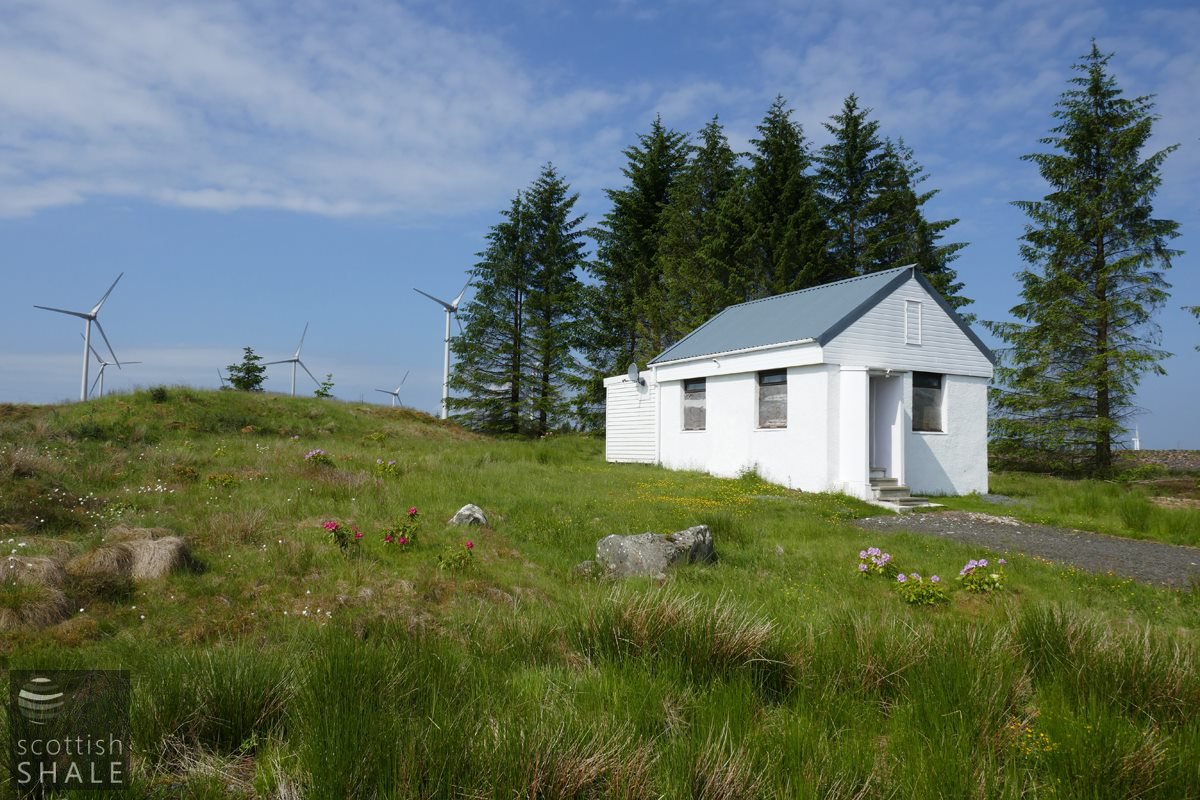 The building on the site of the second mine entrance, with grassed-over waste bing beyond. Maps indicate that a chimney once stood close to the building. 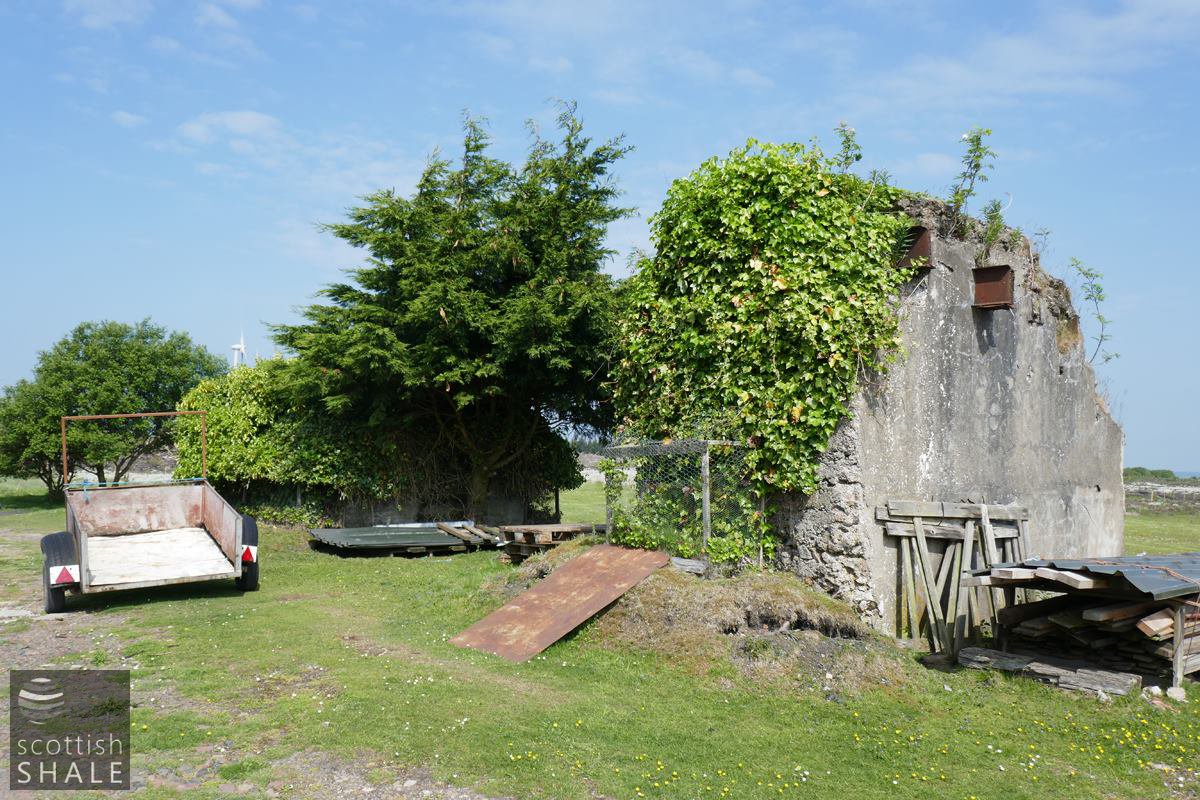 Massive concrete foundations at the site of the mine-head buildings. Perhaps foundations of a crusher? 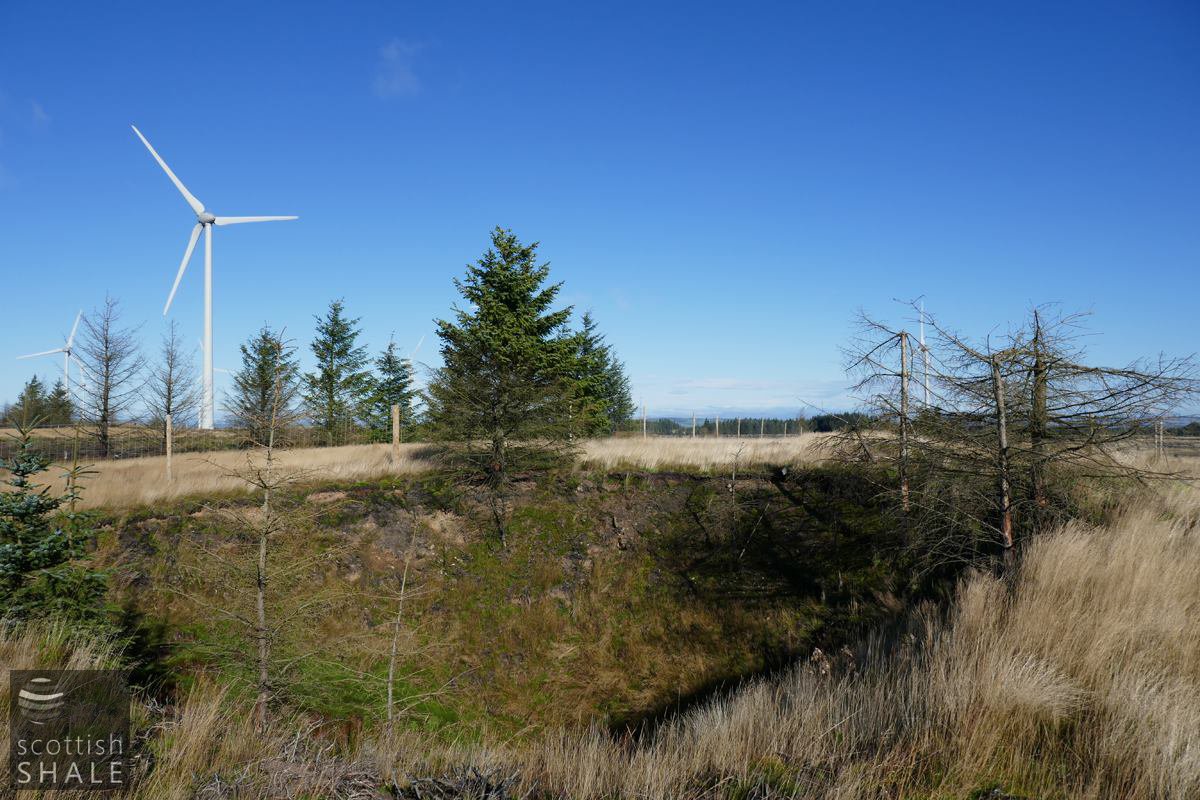 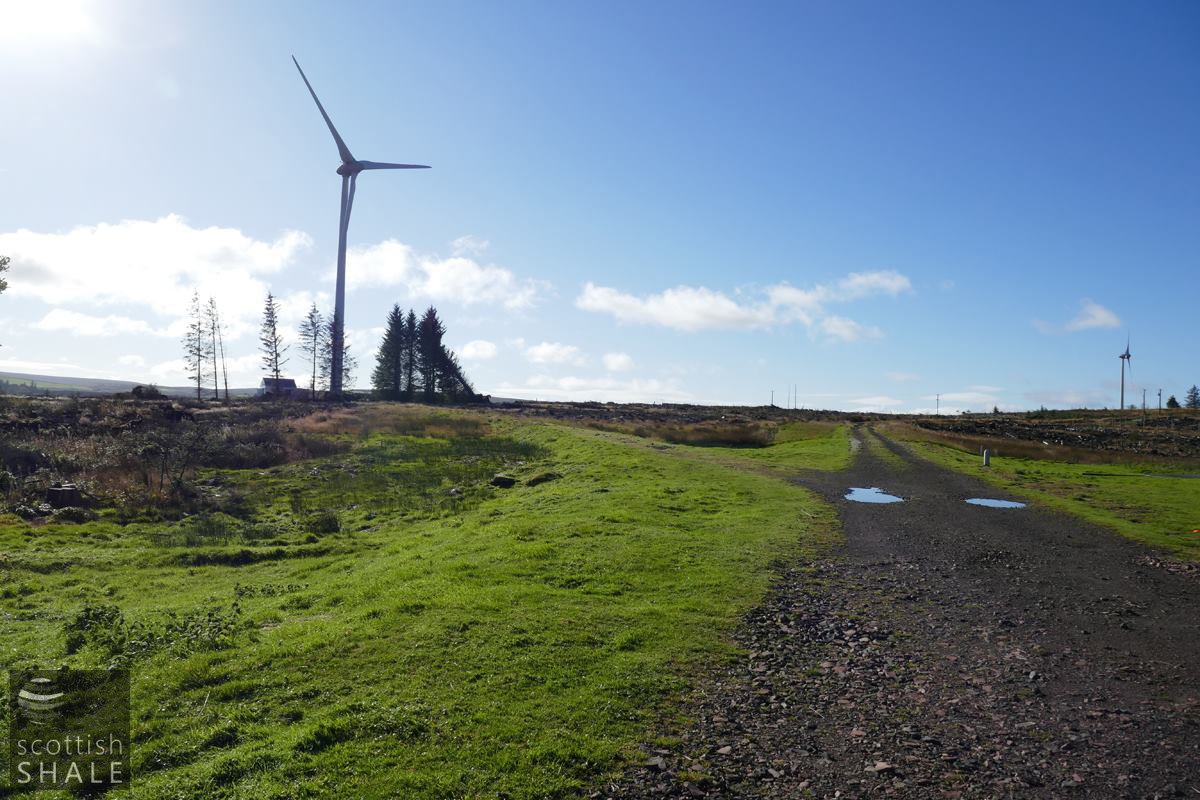 View from main mine entrance looking south towards the second entrance, with course of the railway sweeping off to the left. 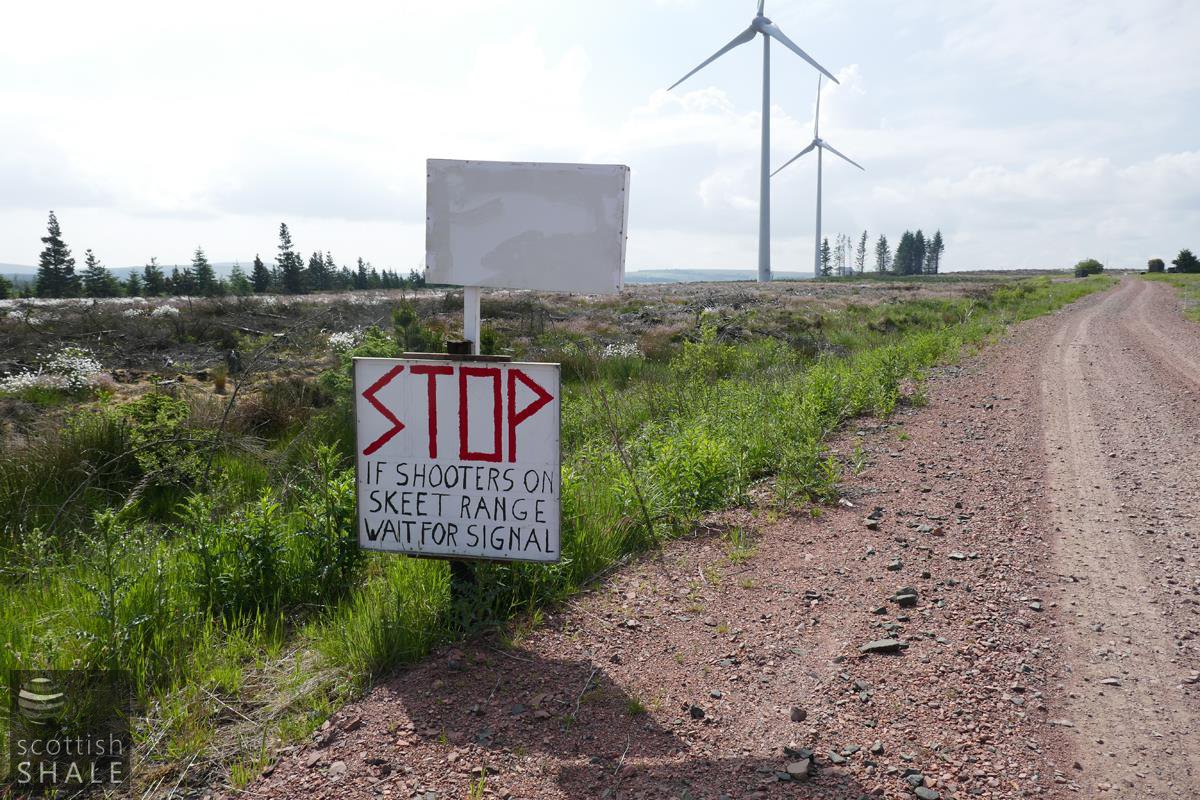 You have been warned - looking towards the two mine entrances. 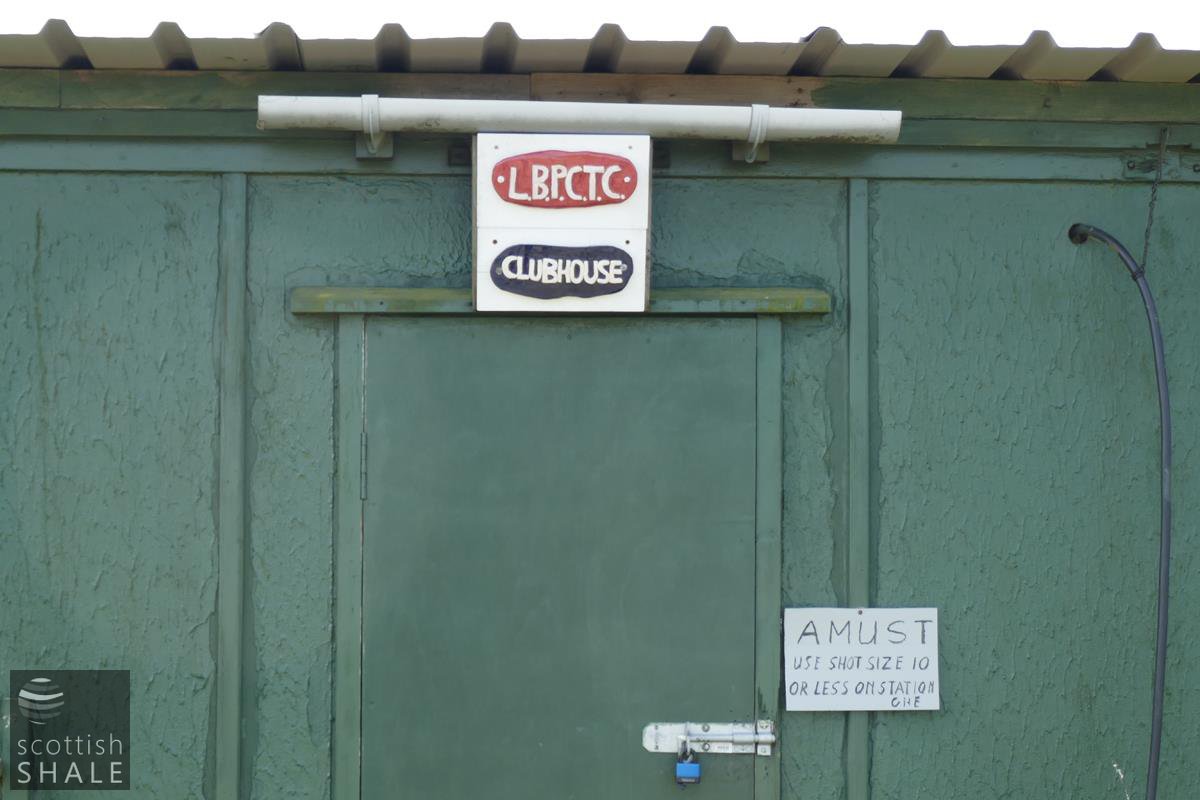