Bridging the Almond to link the new town.

The tranquil Almond, a bridge in the air, and Craigshill beyond.

Heading skyward, with the mighty Oakbank bing on the horizon.

In the days before 3D computer software, big engineering ideas had to be expressed in little models, often constructed from timber, balsa wood and cut-up pieces of loofah.

This neat model, now in our collection, will have helped the good folk of the Livingston Development Corporation to visualise their plans for a mighty four-lane highway bridging the Almond and linking the counties of West and Mid Lothian. Tiny coloured cars shuttle purposefully between the M8 and new “regional centre” planned for Almondvale.

The Almond Valley bridge, and the spine road that it carries, formed the backbone of the new town, with neatly spaced intersections circling off to housing areas on either side. When first opened in 1972, this speedway carried little traffic and ended, in a seemingly pointless manner, at Lizzie Bryce’s roundabout. 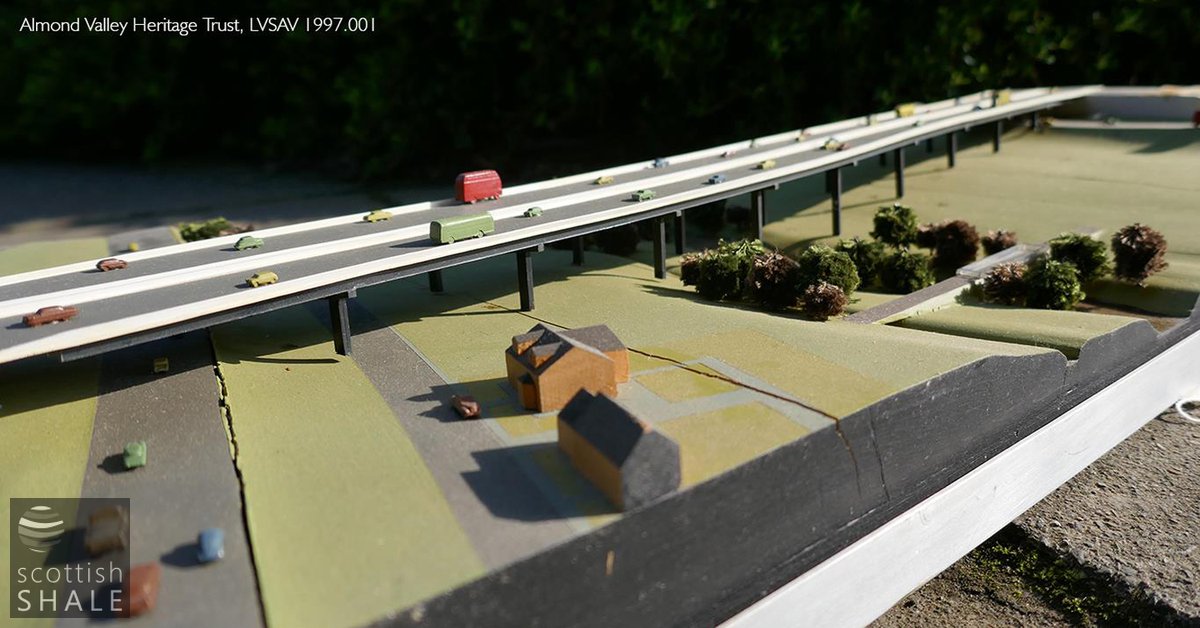 View from the Midcalder road. 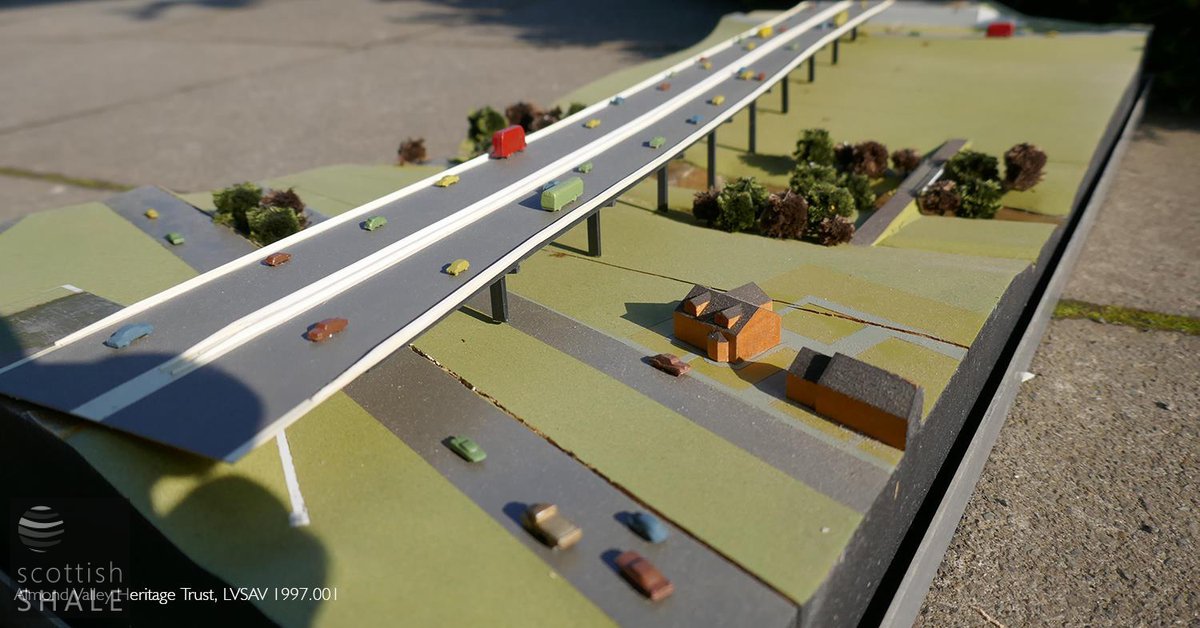 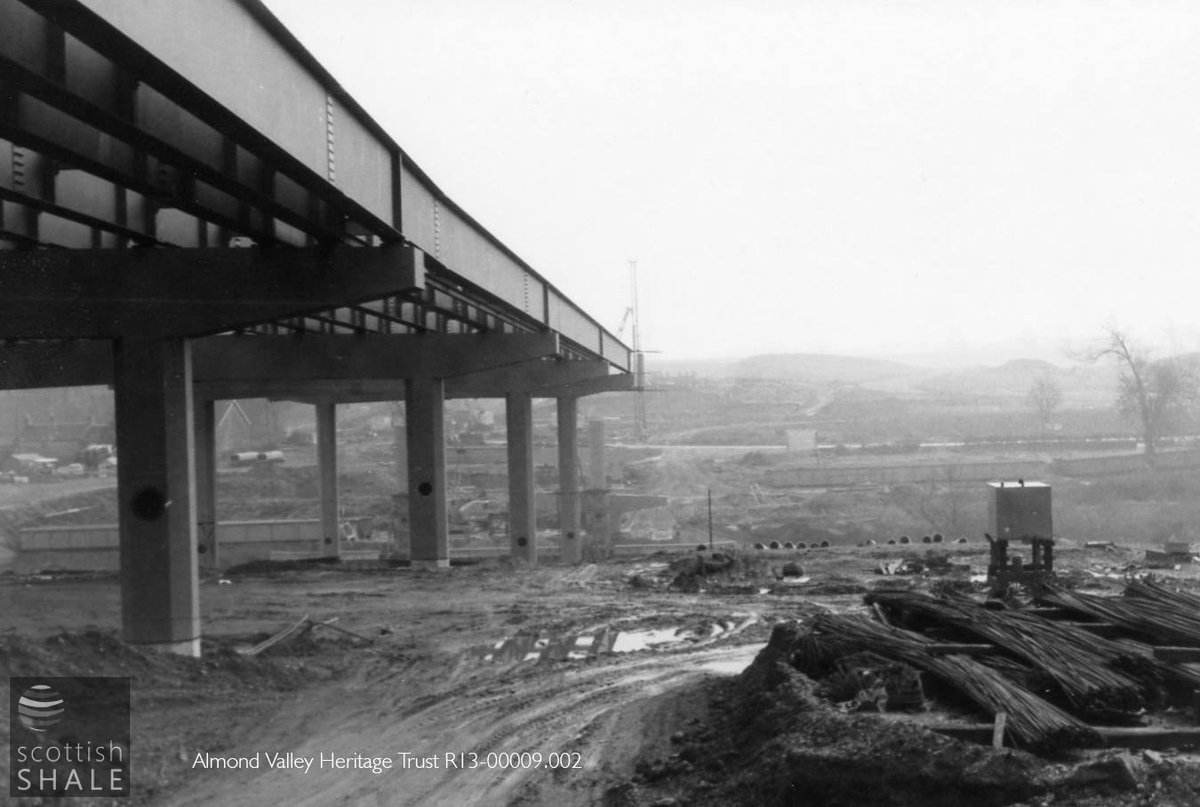 Looking south across the river, to the site of the Regional Centre.