This postcard, printed in about 1905, shows quarry works, railway wagons loaded with sand and some ramshackle quarry buildings in the foreground. On the other side of the railway is the locomotive shed and Bathgate central signal box, and to the left of the smaller signal box, the low bridge beneath the railway which still serves the golf club.

Bathgate doesn't quite fit with the romantic ideal of a Scottish golf course. There's no sound of waves breaking on the beach beyond the links, nor any cry of eagles soaring above a secluded highland glen. Instead, Bathgate's golfers once enjoyed the clatter and ring of coal wagons shunted in the sidings that wrapped around the northern part of the course, and the roar of industry from the steel foundry and pits that marked the western and southern boundaries. A working sand quarry at the centre of the course added further interest.

Deposits of sand and gravel, a legacy from the ice age, lay only a few feet beneath fields to the south of Bathgate, around the site of the medieval Bathgate castle. 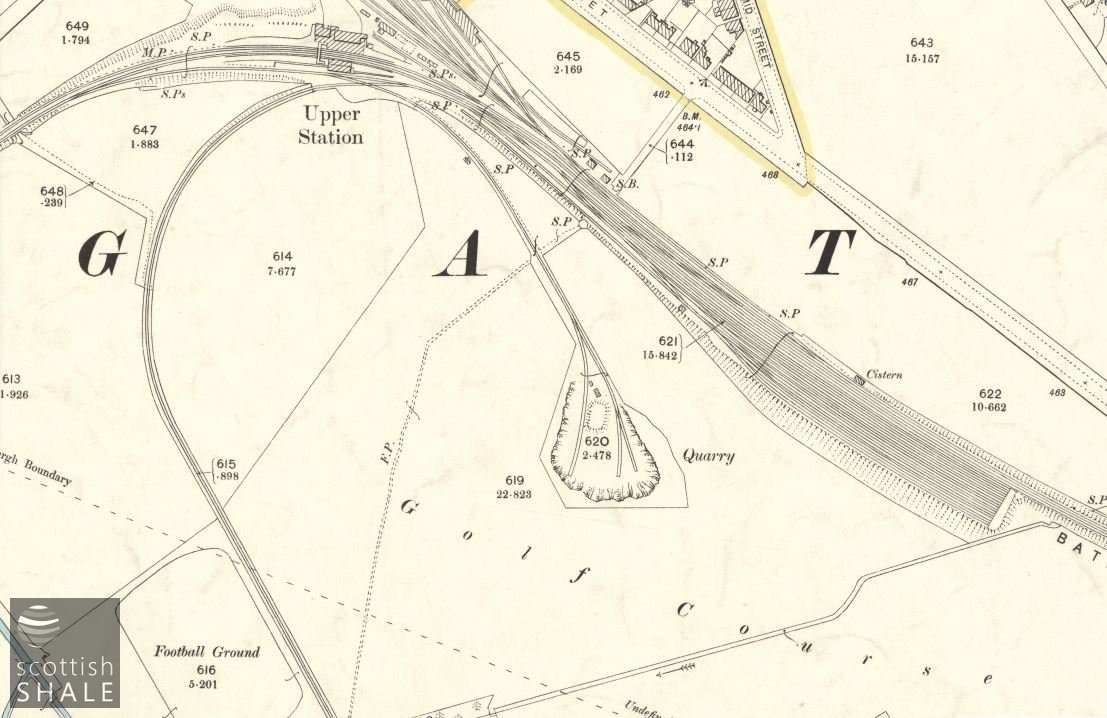 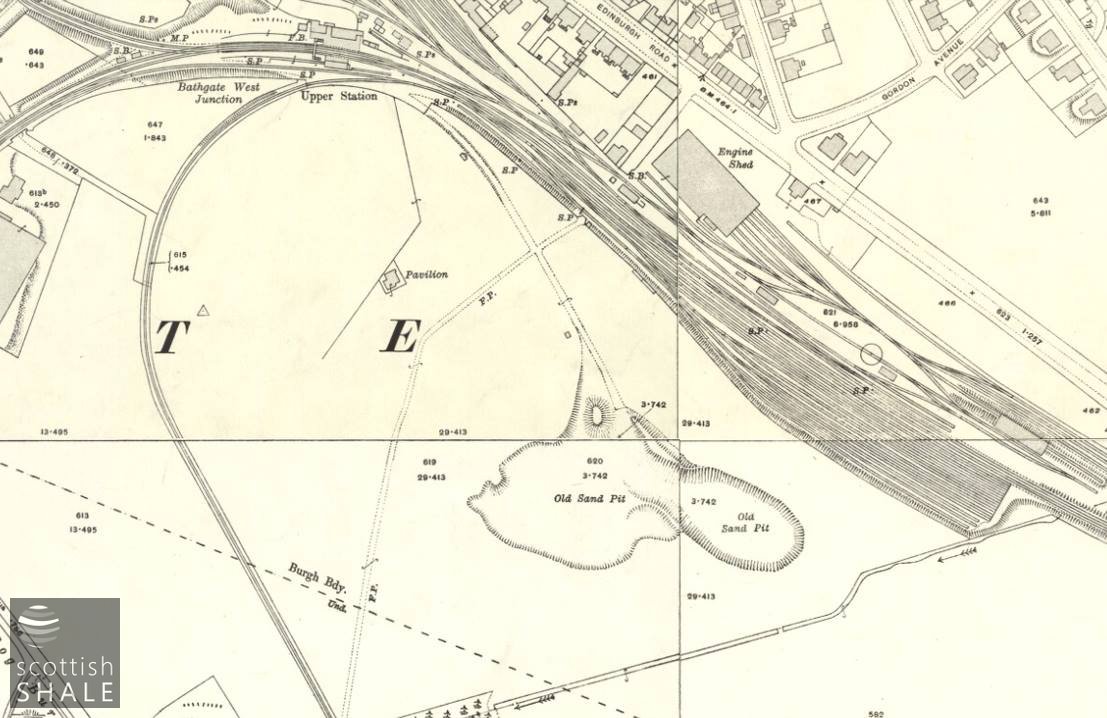 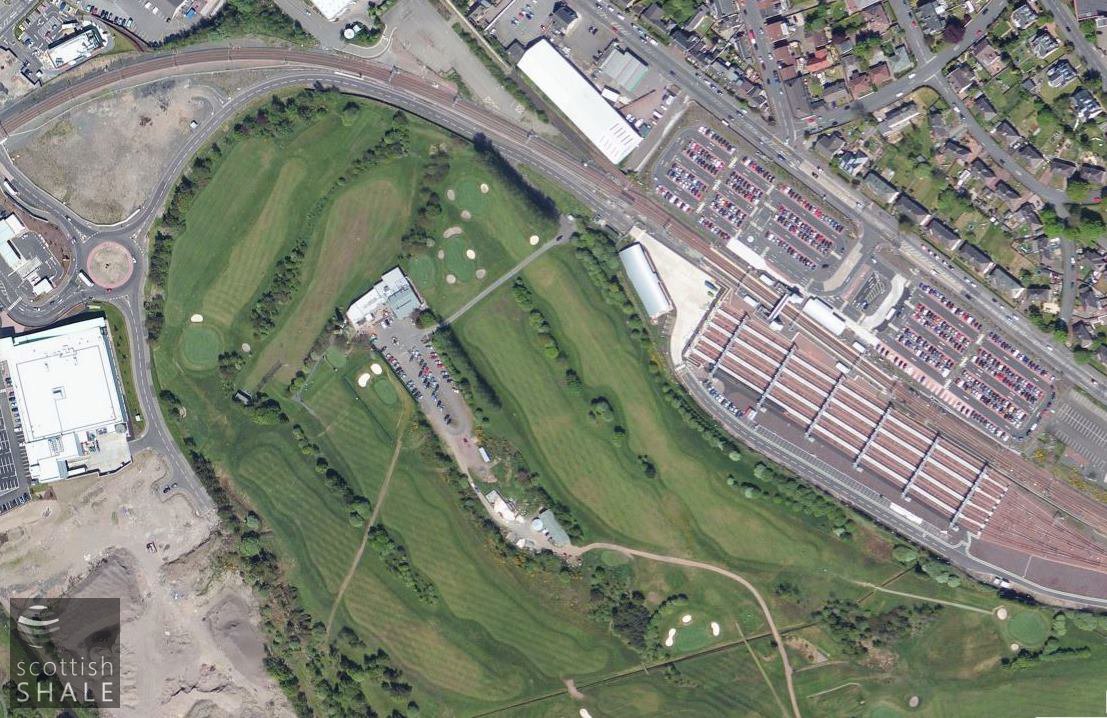 Aerial view of the same area.

A small sand pit in shown on the 1850's OS map to the southeast of Bathgate station, which by 1890's had been considerably extended and linked by a railway siding. Our postcard shows these simple quarry workings in operation. Over the next decade operations were considerably extended under the ownership of local builder and contractor Thomas Johnston, but were abandoned prior to 1914 – by which time other sand pits were in operation to the east of Bathgate castle.

When Bathgate golf course was first opened in 1894 with nine holes, great skill was required to avoid the sand quarry workings, When reconstructed in 1907 and extended to 18 holes, the sand quarry continued to add to the sport of play. An account of the new course notes “the twelfth is the old home hole with the drive over the quarry, which tries the nerve of the golfer, being disastrous to the topped drive”.

The disused sand pit seems to have provided a natural amphitheatre for play, picnics and public events for many years, but was gradually infilled as the course was remodelled and improved. 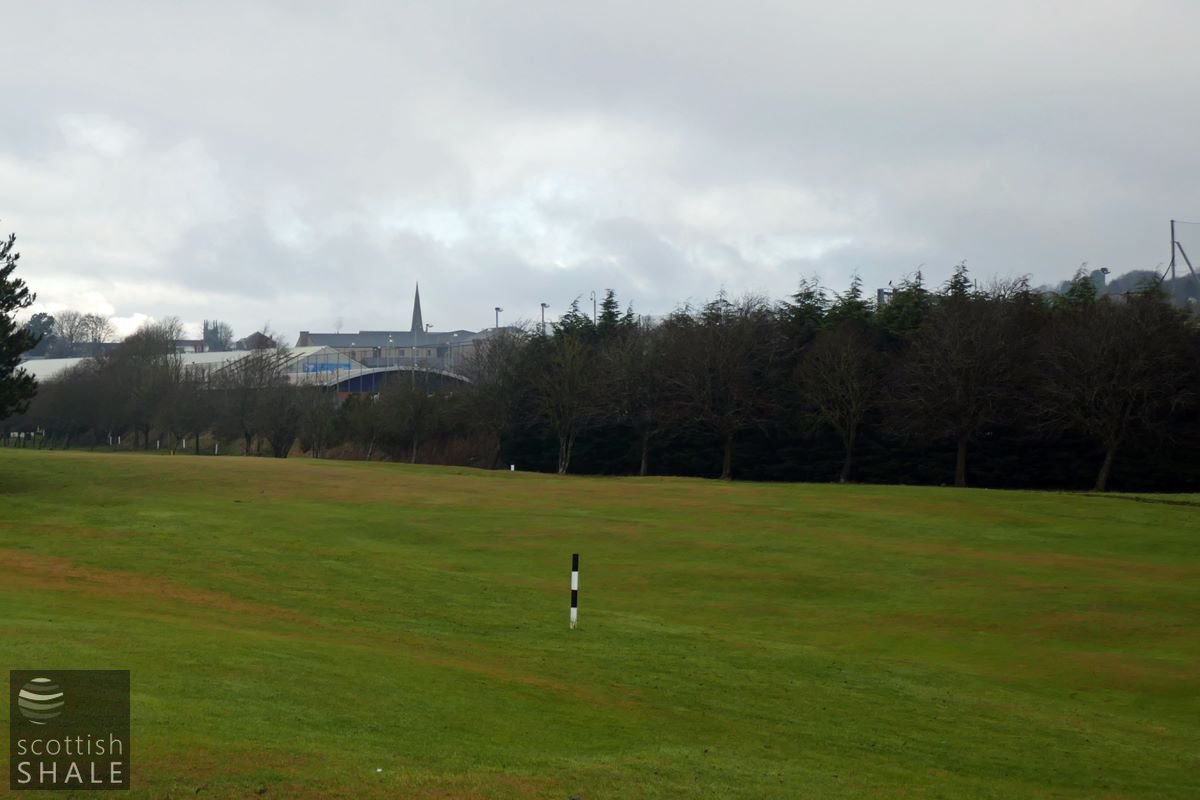 A rather gloomy view of the same scene today. Sorry for the quality of the picture. 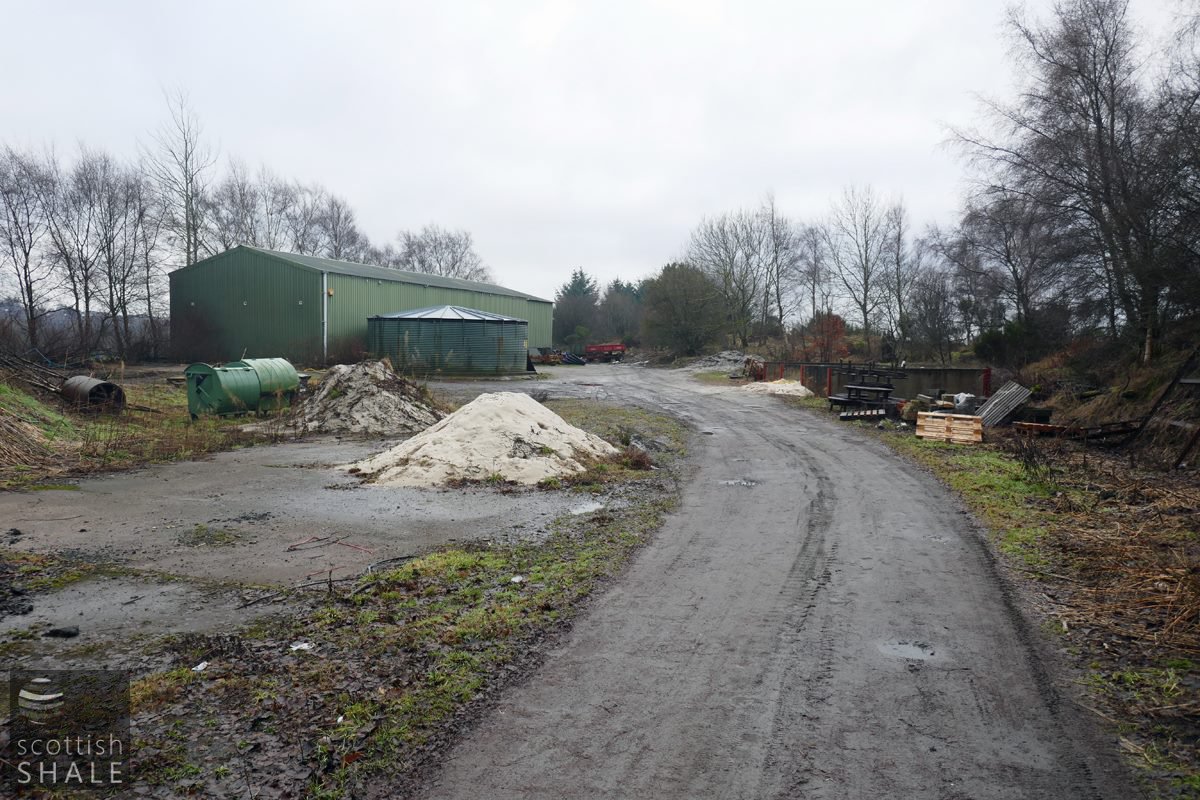 The service area of the golf course preserves a little of the outline of the old sand quarry. 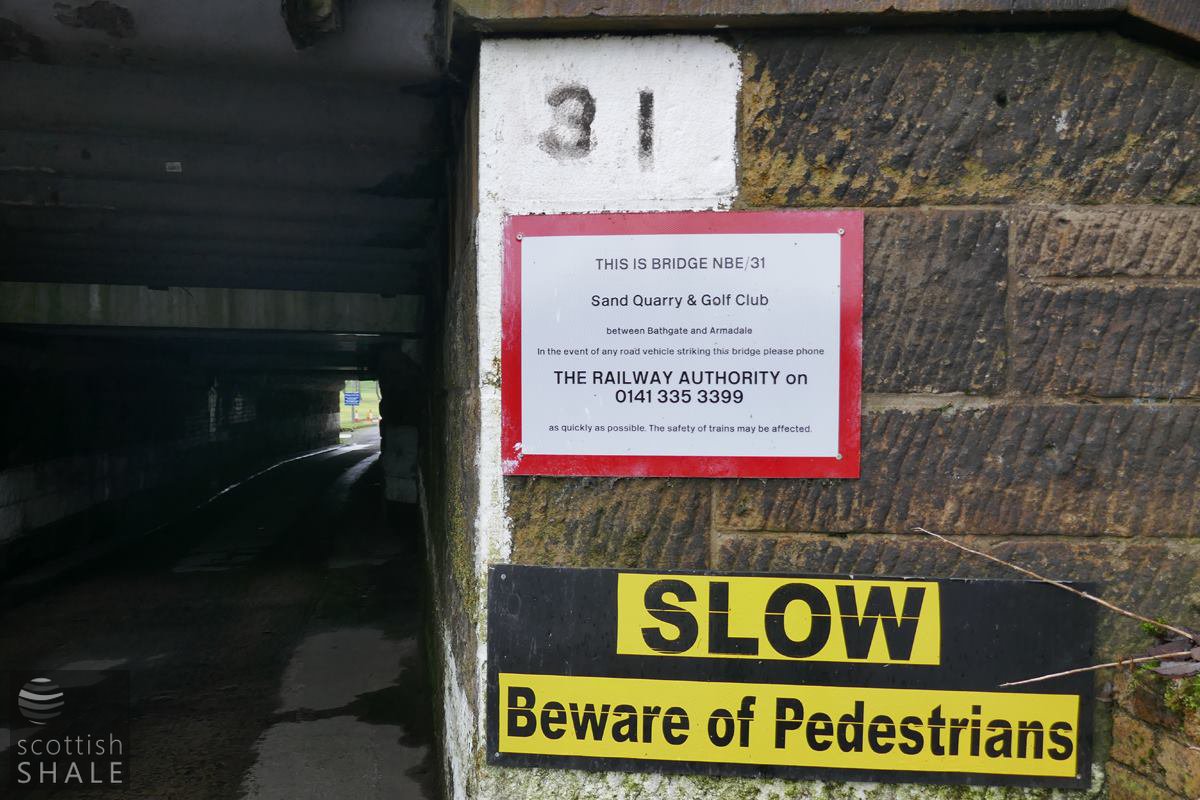 The under-bridge beneath the railway is still officially known as "Sand Quarry & Golf Club". 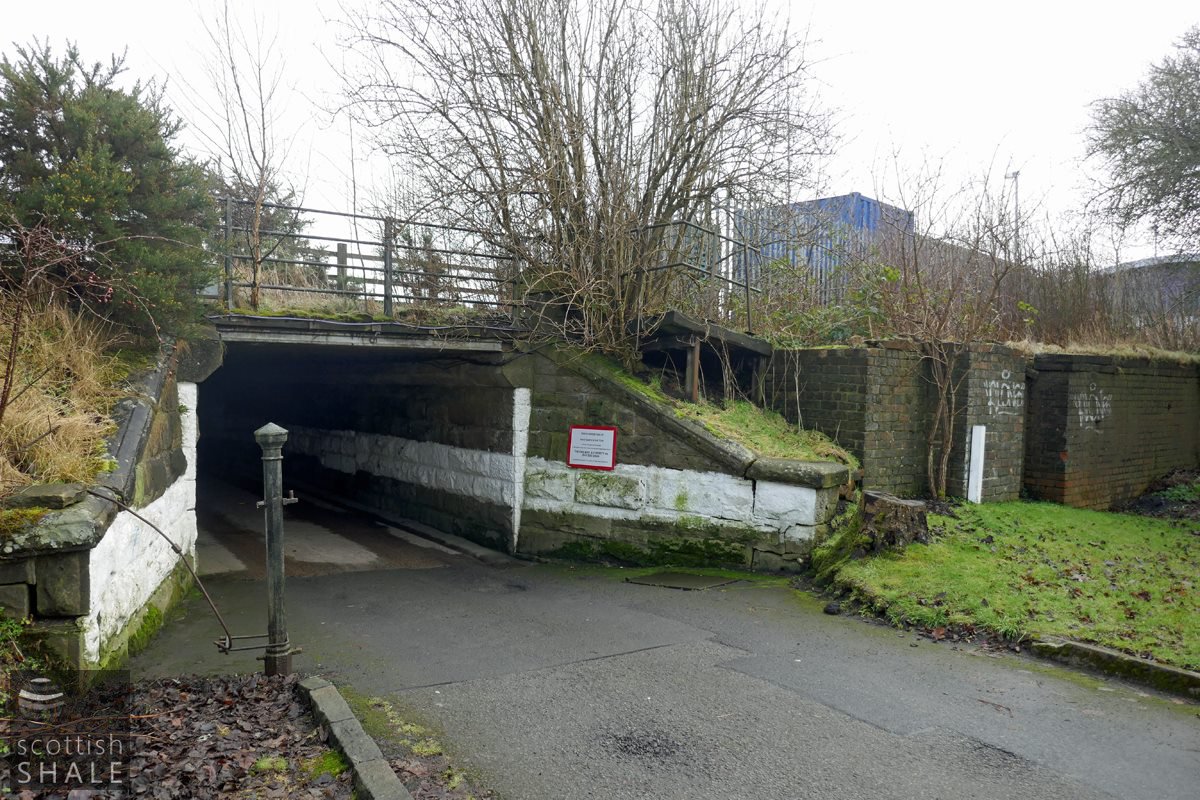 Bridge beneath the Edinburgh to Bathgate railway serving the golf club, with surviving brick structure which supported the signal box controlling access to the sidings. 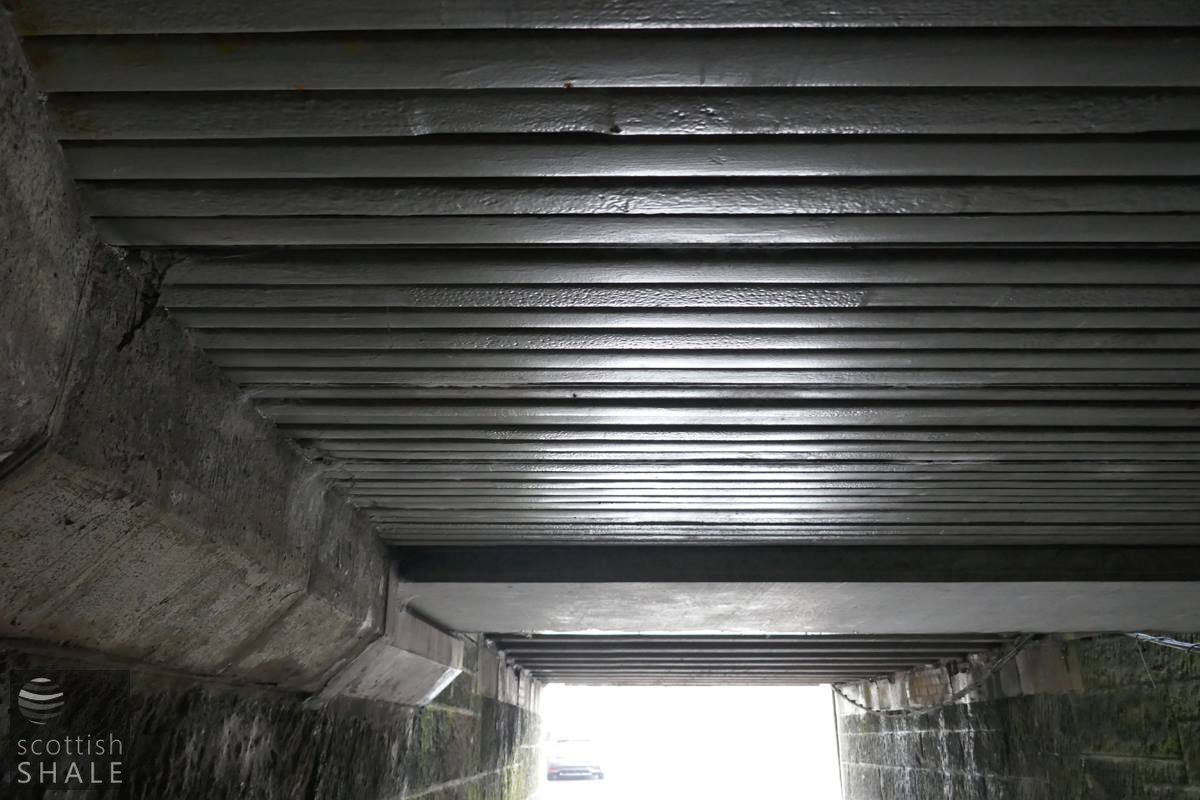 Much of the roof of the underbridge is constructed from old bullhead railway track. 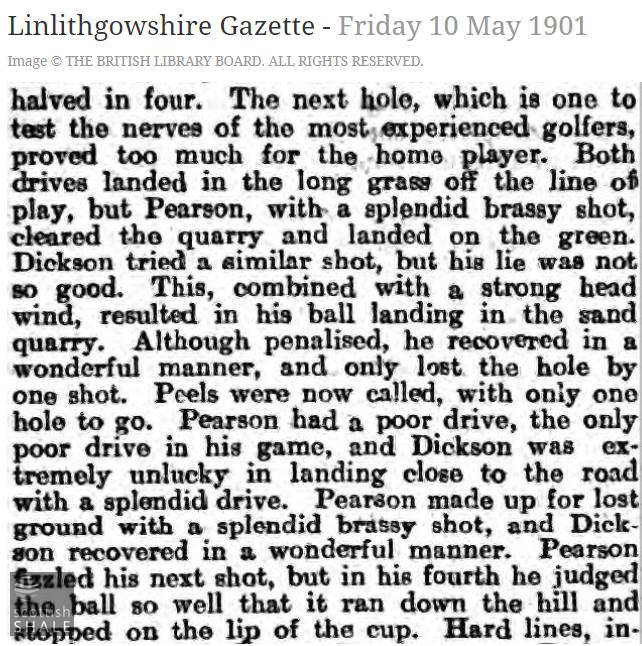 Landing in the quarry on the original golf course. 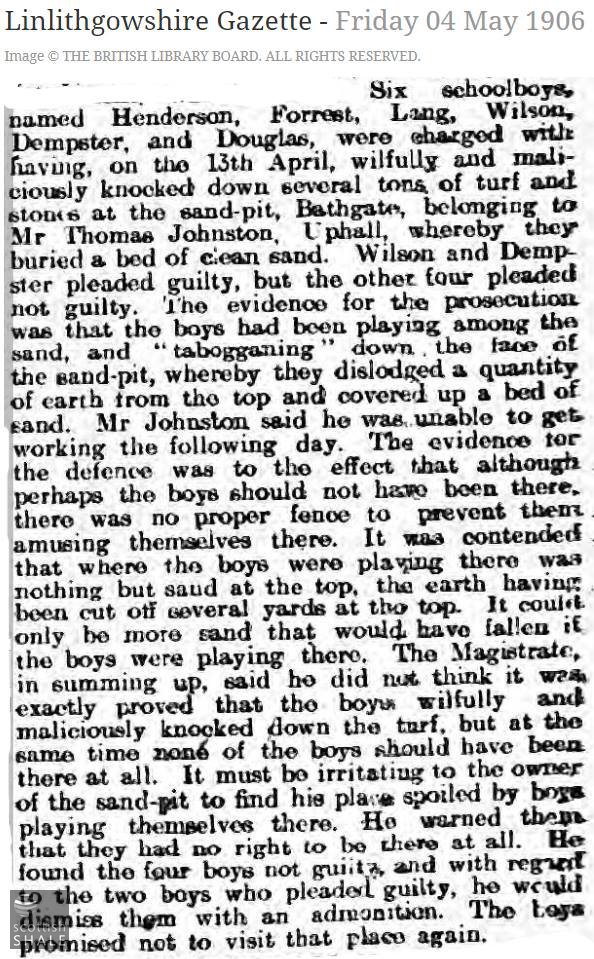 Rather harsh treatment of boyish pranks? 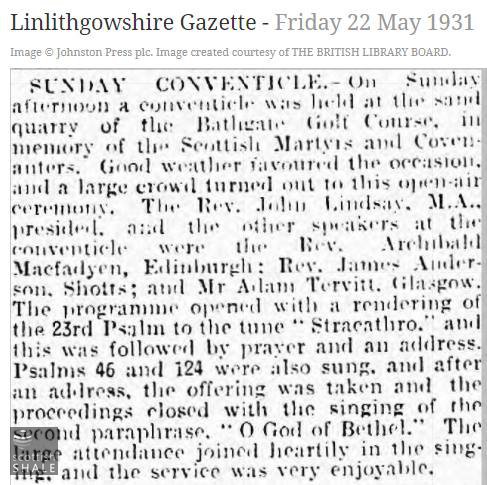 Praising the Lord in the old sand quarry.

Hitting a birdy (sorry it had to be said). 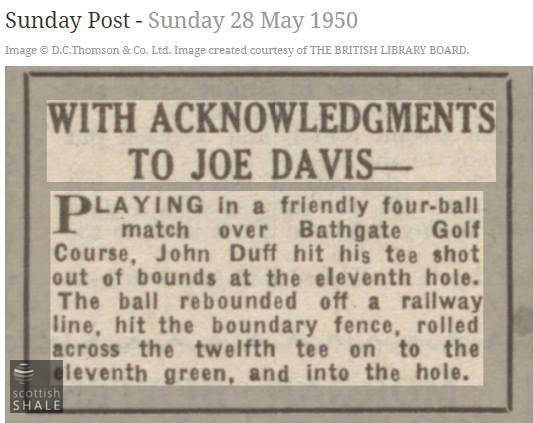