Bellsquarry, the Oil Works in the Wilderness

Locating a little known oil works in the Alderstone estate. 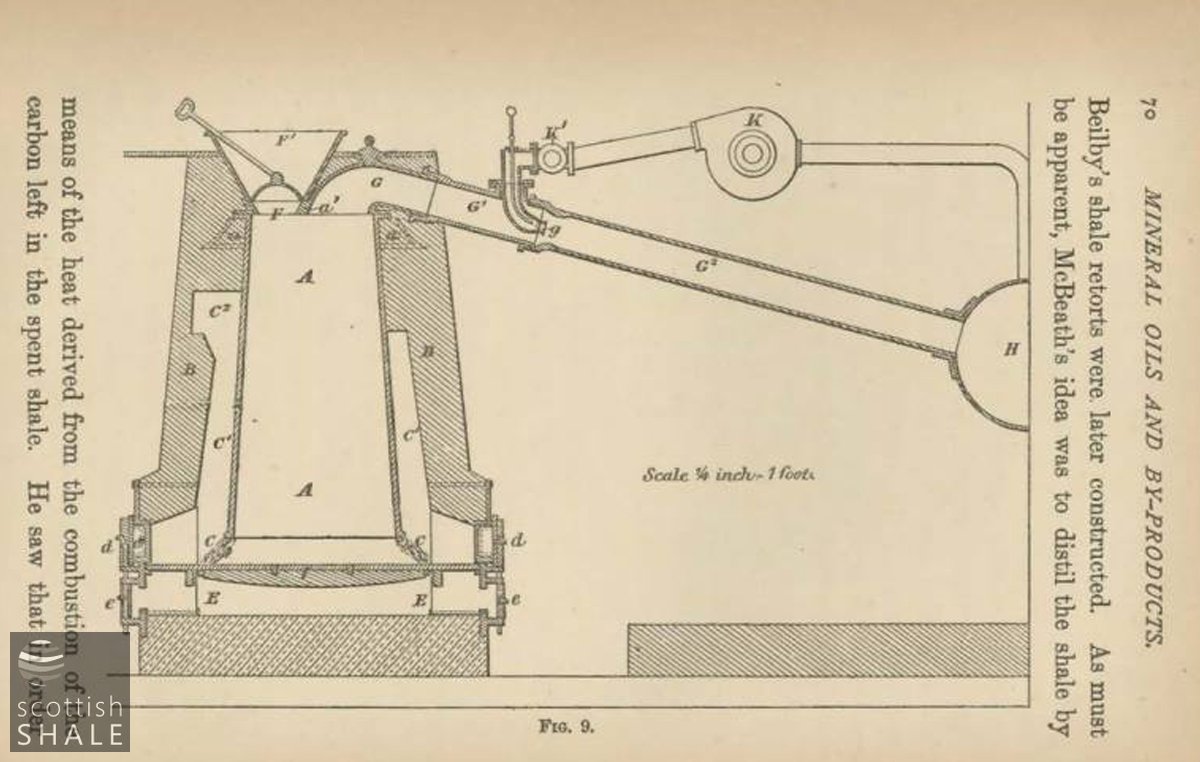 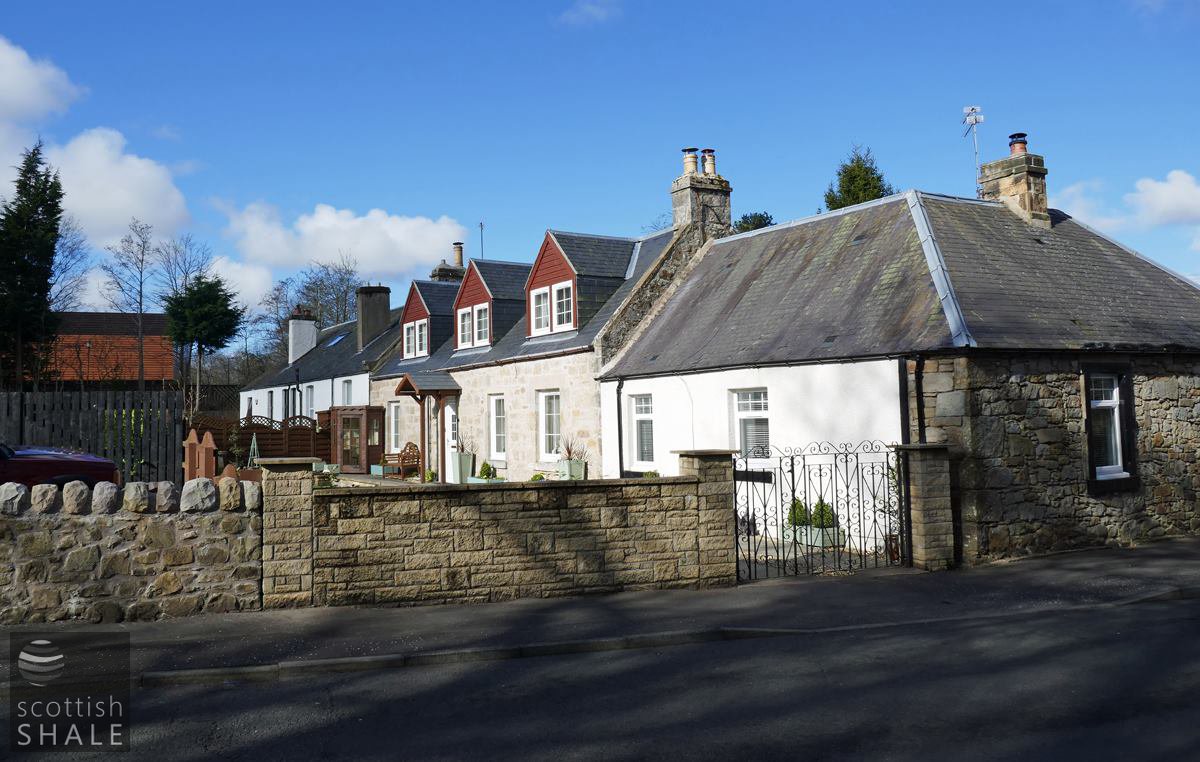 Cottages at Yellowstruther, Bellsquarry, one of which was home to Charles McBeath and his family in 1871.

Frustratingly little is known about a small shale oil works that operated at Bellsquarry, to the south of Livingston, during the late 1860's. A Victorian text book includes a drawing of a “McBeath retort” indicating that it was used at Bellsquarry works in 1867. Research suggests that this highly unusual piece of oil works equipment was the invention of Charles McBeath, described in an 1866 patent application as a carpenter from Blackburn, Linlithgowshire. The 1871 census records McBeath as a “house carpenter” living at Yellowstruther, Bellsquarry. The census also records that eight men living in Bellsquarry had occupations related to the shale industry - who were perhaps the staff of the Bellsquarry oil works? McBeath is recorded in 1872 as a carpenter based in South Cobbinshaw, presumably after the abandonment of operations at Bellsquarry.

Little more is know of this carpenter-turned-engineer, or any others involved in this enigmatic business enterprise, as information is strangely absent from valuation rolls, newspapers, and other usual research sources. Until recently there were also few clues as to the possible location of the works, however study of an estate map in our collection dated 1878 revealed a small area of land marked as “old shale workings” adjacent to “The Wilderness” plantation. The 1893 OS map shows a small flooded pit, a shaft and an area of earthworks in this location. While the realigned A71 has cut across the bottom of “The Wilderness”, (and the path through it, rather wonderfully named “The Hunter's Ride”), the area of shale workings survives overgrown, with some of the humps and hollows still evident. The Wilderness is now owned by the Woodland Trust, and is alive with birdsong at this time of year. 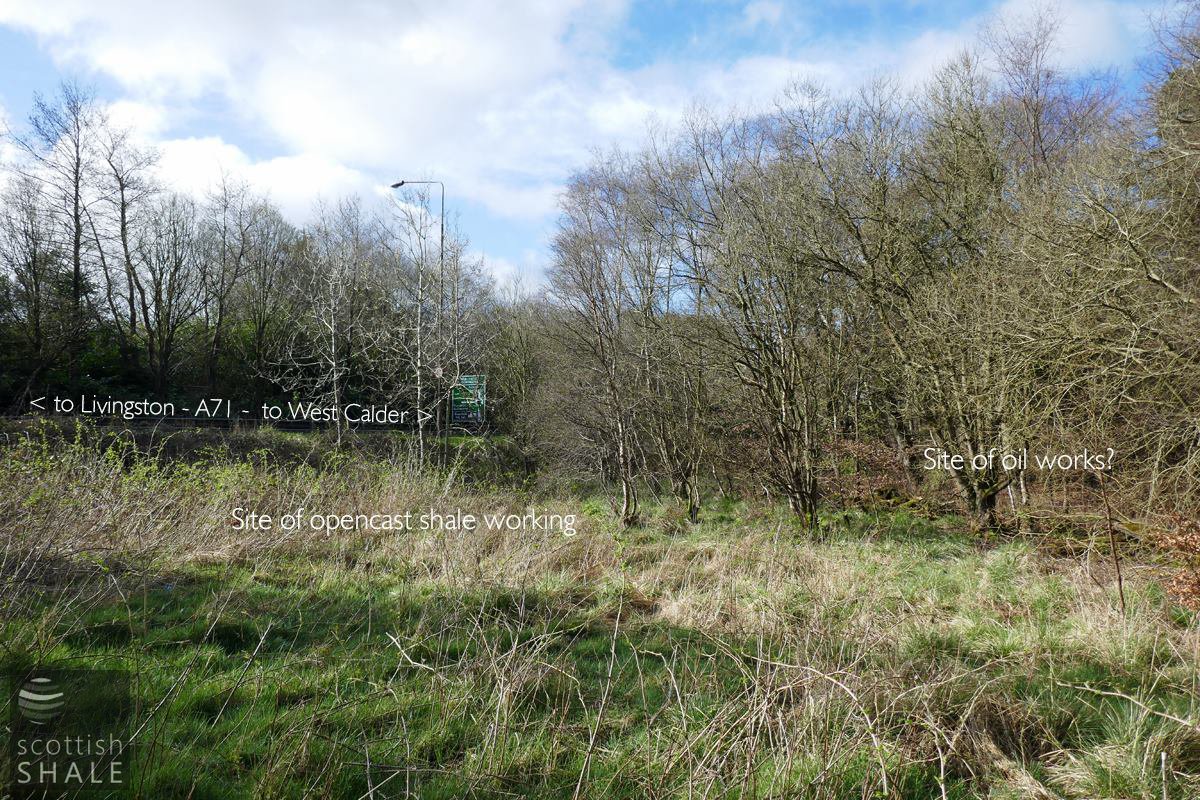 View of area marked as "old shale workings" on the 1878 estate plan. 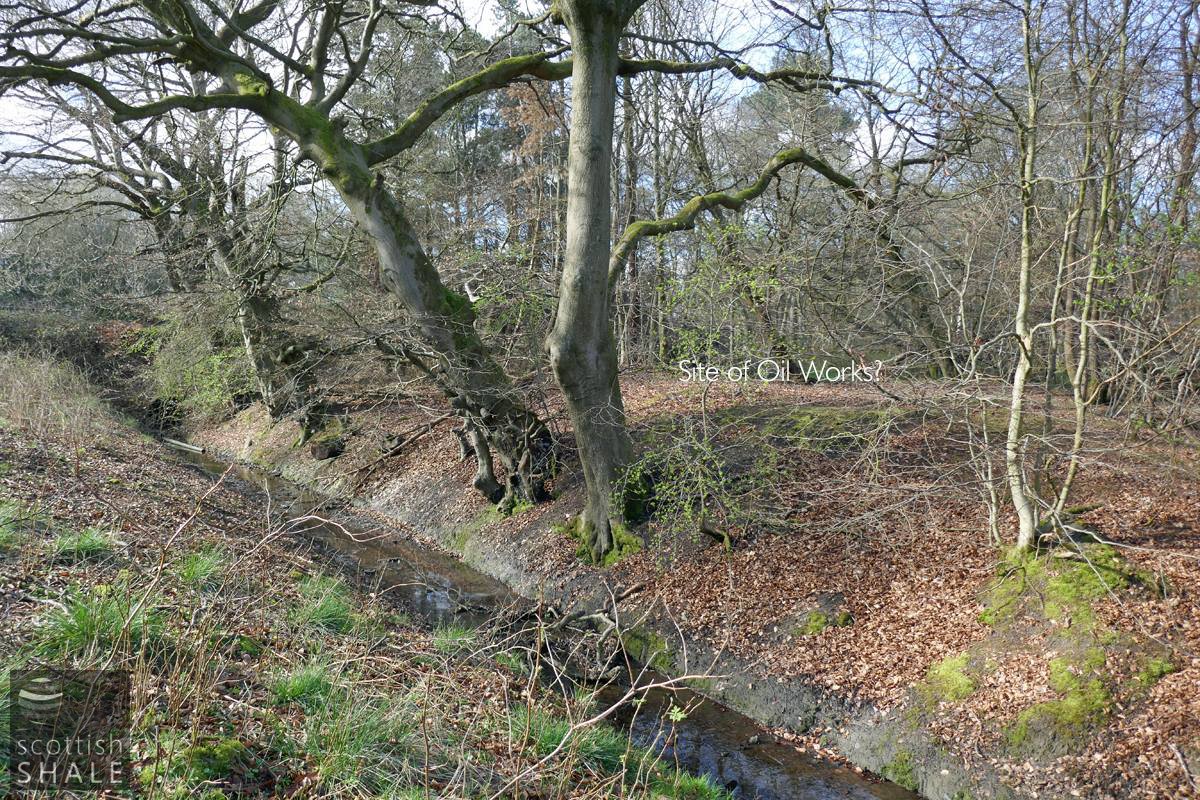 Flat platform adjacent to the site of shale working, and marked as earthworks on the 1893 OS map. Perhaps the site of the oil works? 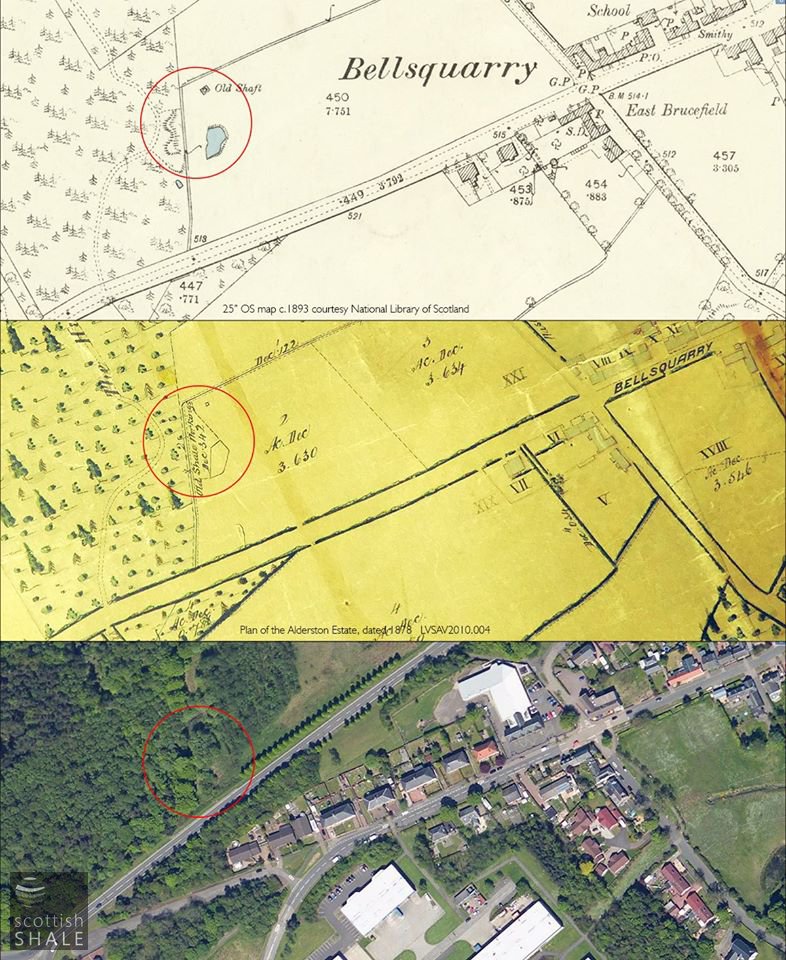