Blaw Wearie: A Beautiful Spot for a Murder

A lonely cottage on the road to Lanark 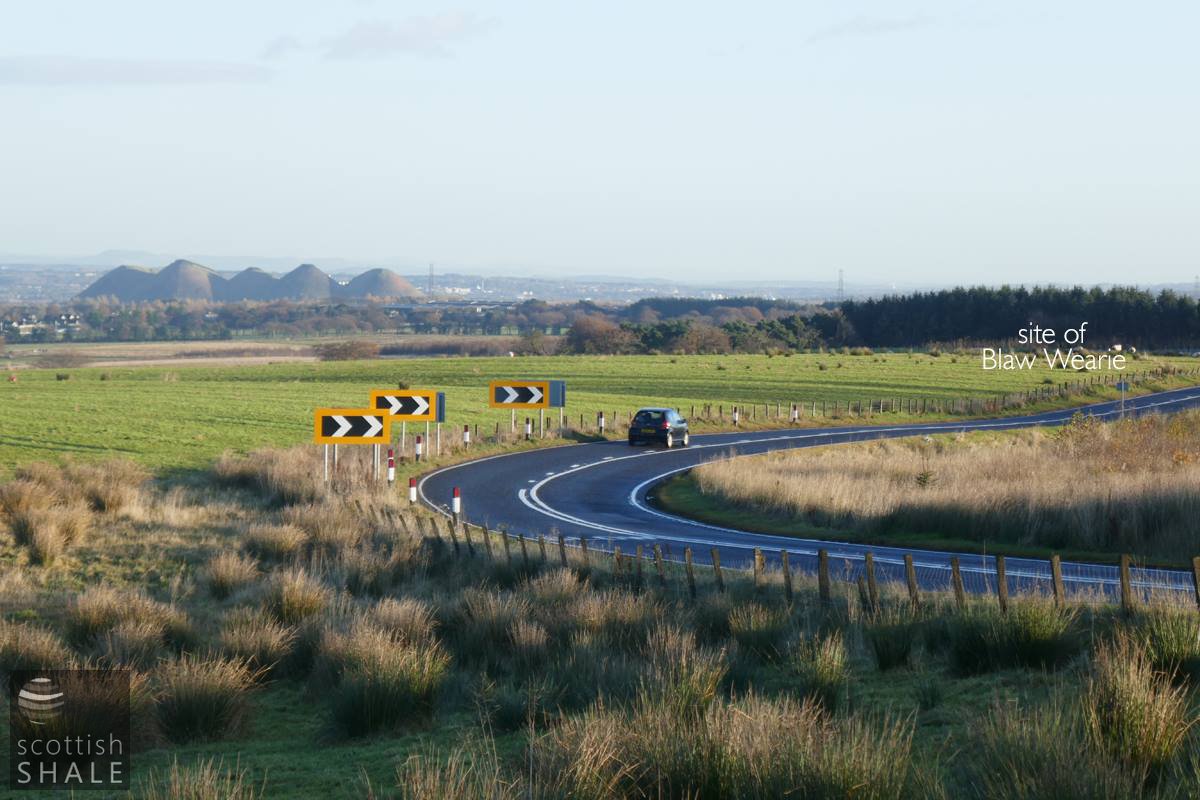 The A704, heading towards West Calder, showing the former location of Blaw Wearie cottages. 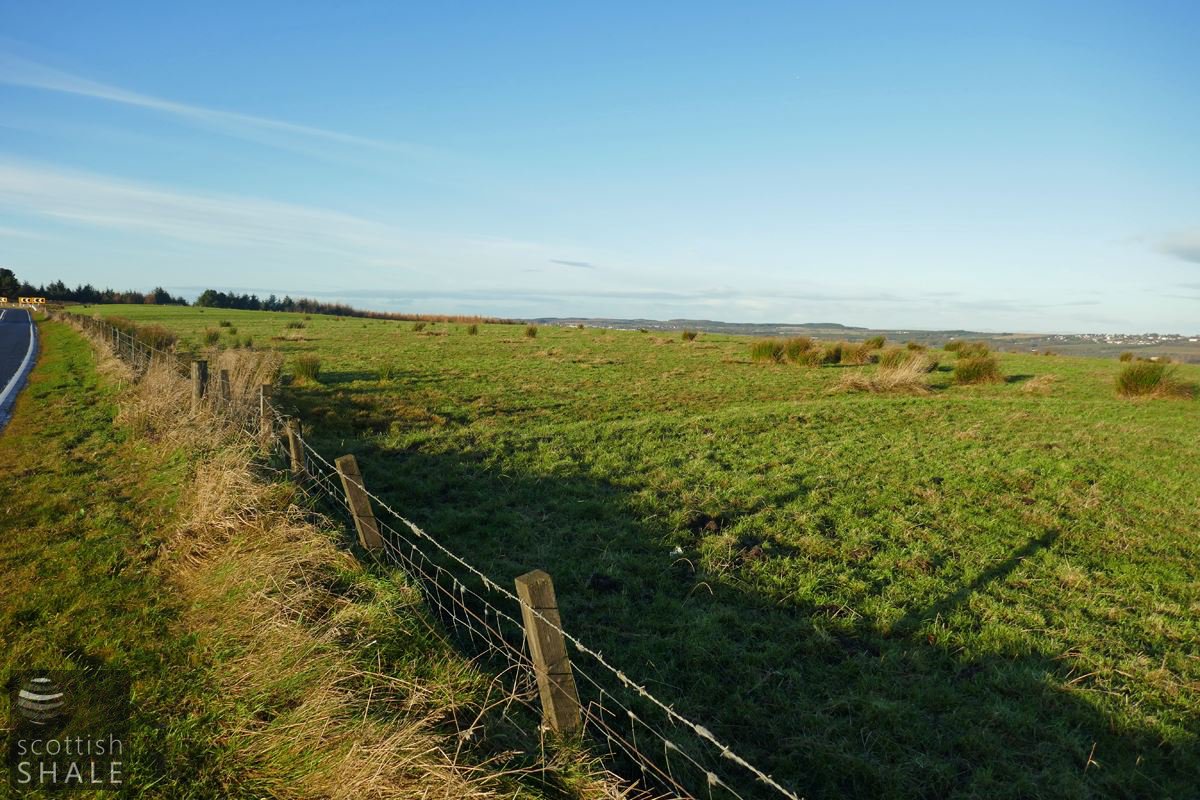 View looking west; showing the ridge marking the eastern boundary of Blaw Wearie garden, with the cottage marked by the area of rushes. 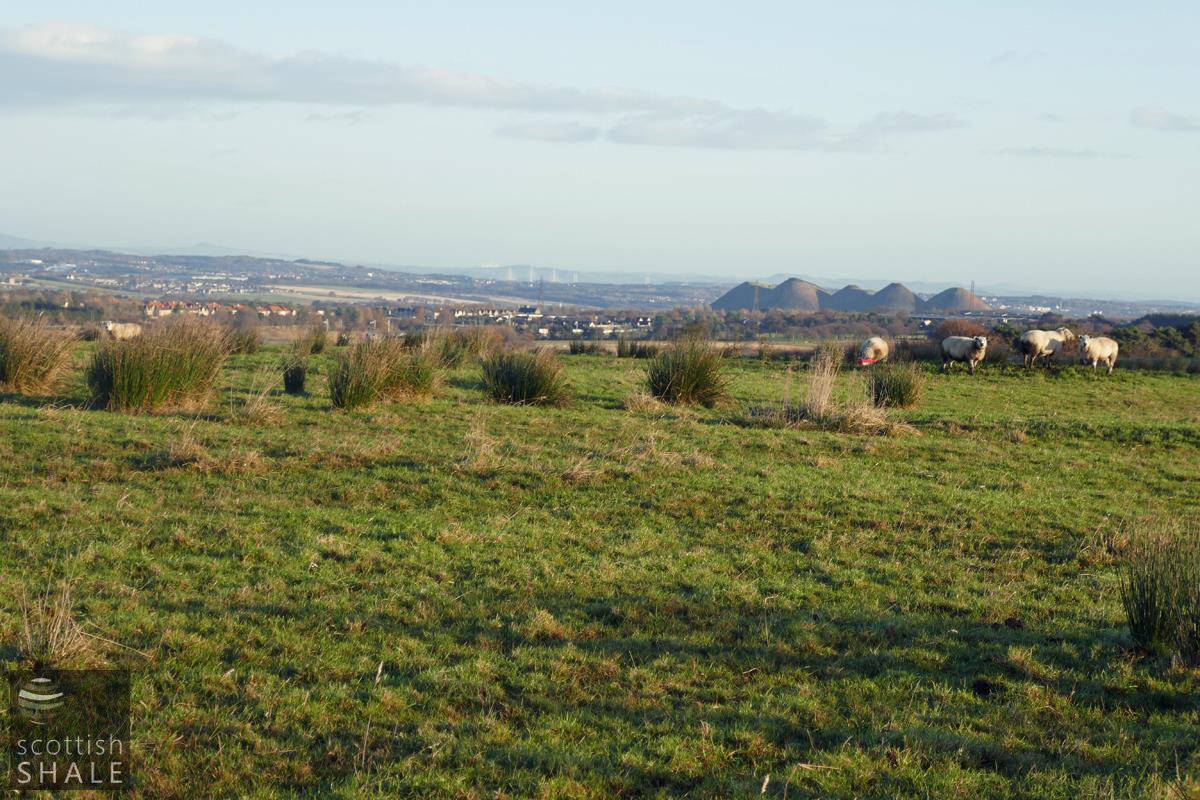 View of Blaw Wearie looking east, with rushes marking the site of the cottage.

Blaw Wearie was described as “a small house in tolerable condition on the farm of Longford” and is shown on the 1852 OS map set within a small garden some distance back from the West Calder to Lanark toll road. The unremarkable dwelling became the focus of national attention following events that occurred just after breakfast on 27th of December 1843.

Court papers record that Blaw Wearie was divided into two cottages, separated by a thin wall, one part occupied by the family of David and Jean Muir, and the other by John Geddes.
Geddes was described as “a labouring man… unmarried and living alone….not a sociable man, but quiet and peaceable. Aged about 60, he continued to work on local farms but was known always to have money, having inherited funds from his half brother.

His neighbours noted that Geddes received a visitor late one evening and became concerned when nothing had been seen of him over the following days. Geddes' blooded body was found sprawled across the floor, having been hit around the head with coal tongs and a chord tied around his neck. His two silver watches, a canvas purse containing cash, and various items of clothing were found to be missing. 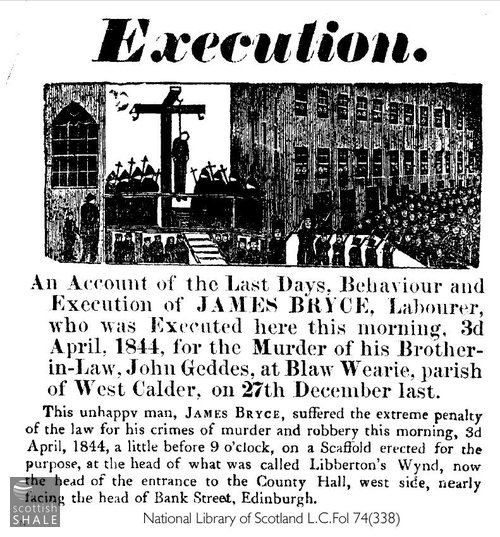 James Bryce was the brother-in-law of John Geddes, described as “a short thick-set man, not giving one the idea of great personal strength… aged about 60... with a low and receding forehead and hair thin in front, combed forward from the back part”. Bryce lived in Langloan, Coatbridge where he had been previously worked in various ironworks but had been out of work for many months. Just after Christmas 1843, Bryce set off on foot, saying he was going to Fauldhouse in search of work as an engineer. Witnesses that he encountered on his journey recall that he was dressed “as an engineer” in moleskin trousers, a brown cloth jacket, a red napkin tied loose about his neck and a blue cloth cap. He was said to appear “very poor”. Other witnesses who encountered him on his return journey to Coatbridge, after the murder, noted that he carried a large bundle, wrapped in a pillow-slip, and seemed “well stocked with money”. Where before Christmas, Bryce seemed to be in “destitute circumstances”, on his return he was free with his money, frequently drunk, and some noted “a change in his temper as of a person of an uneasy mind”.

He fled in an attempt to evade justice but was detained by the authorities in Dumfrieshire, having been recognised from descriptions in newspaper reports, and was committed for trial at the High Court in Edinburgh. During these proceedings, billed by the press as “The West Calder Murder”, evidence was presented that articles sold or remaining in the possession of James Bryce had once been the property of John Geddes. This was sufficient to secure a guilty verdict, and the judge, putting on his black cap, sentenced Bryce to be detained in prison and fed on bread and water until taken to a common place of execution.

Following the sentence Bryce made a full confession, describing a wicked life of drinking and bad company. He considered himself a poor husband and an inattentive parent. His brother-in-law, John Geddes, was kindly disposed, and had often helped the family during times of hardship. He had travelled to Blaw Wearie to seek further money, falsely stating that this was needed to bury a dead child. Discussions had first been amicable, and murderer and victim spent the night in the same bed. Following breakfast together, Geddes continued to refuse to lend further money, matters became heated, and Bryce grabbed coal tongs from beside the fire and struck John Geddes.

A crowd of about 30,000 attended his public hanging on the scaffold at Libberton's wynd.

The cottage at Blaw Wearie had been demolished by the time of the 1893 OS map, but remarkably, the low banks that marked the boundary of the garden still remain, and an area of rushes still marks the site of Blaw Wearie cottage.

Above left: Extract of Broadside printed on the execution of James Bryce, from the collection of the National Library of Scotland. 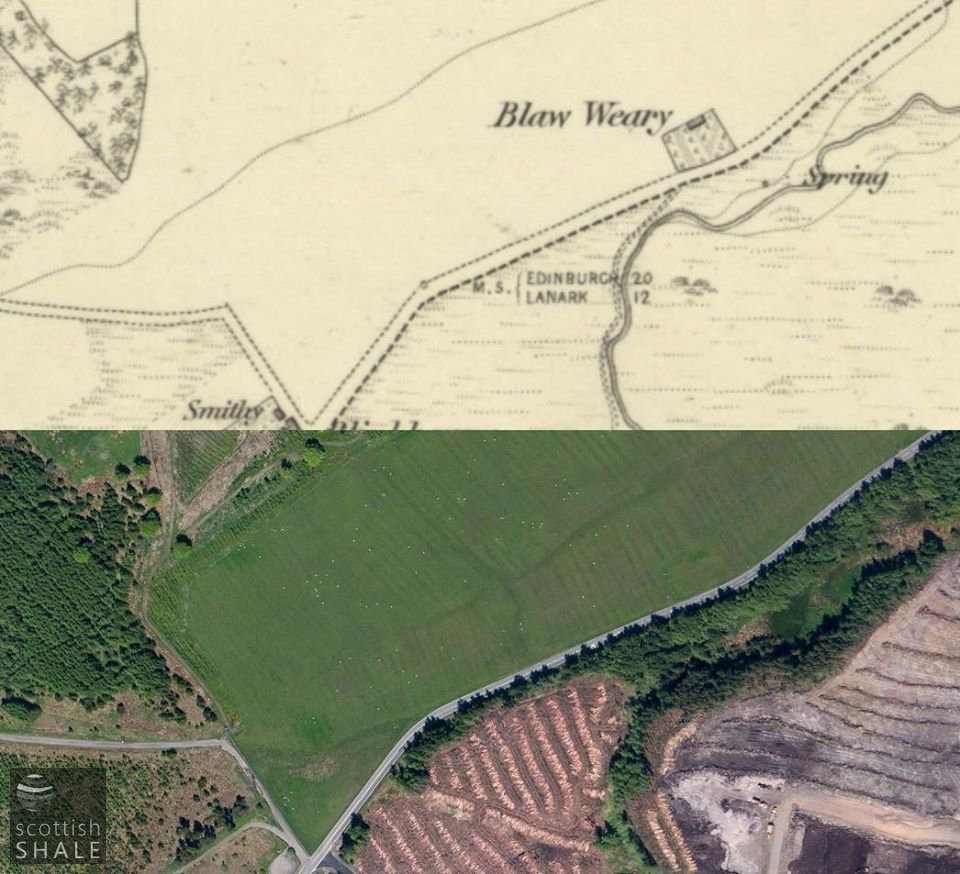 Section of the 1852 Ordnance survey map, showing the cottage within its garden. Image courtesy of National Library of Scotland. 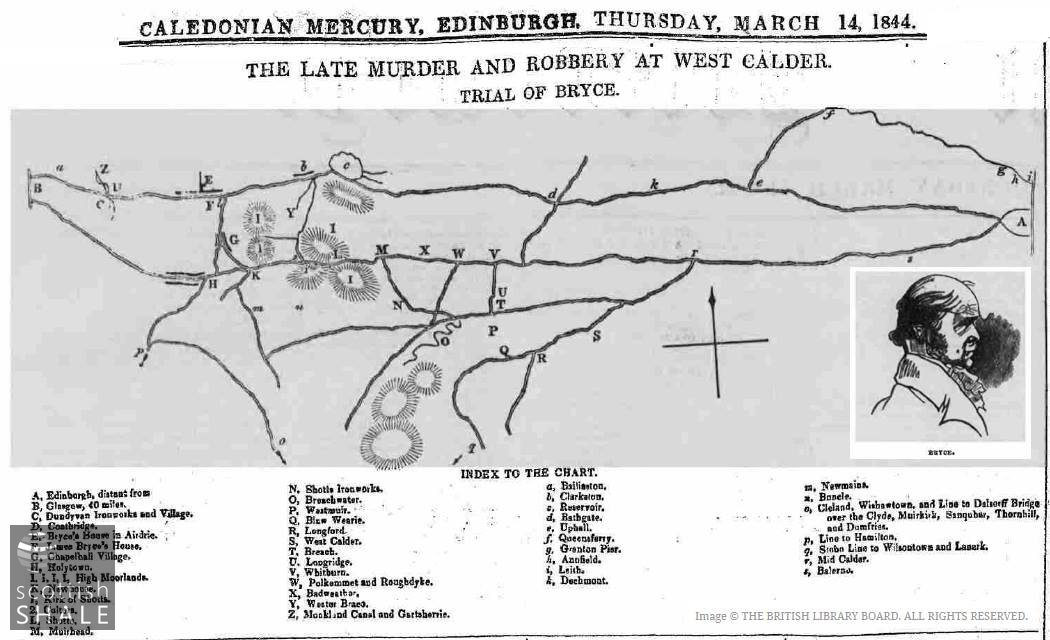 Map showing James Bryce's journeys before and after the murder, and the locations where he was witnessed. 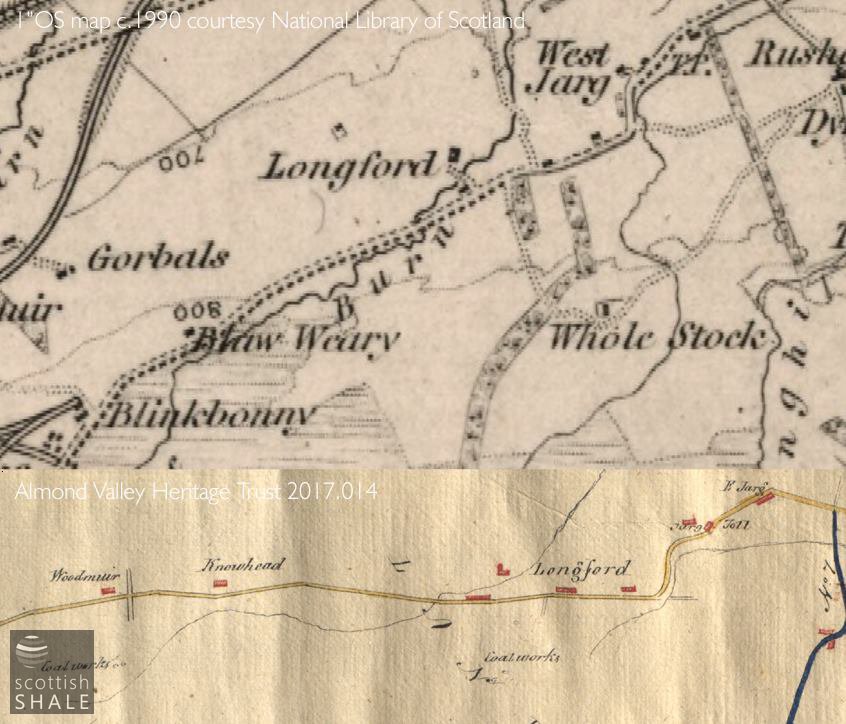