The Bone Crushers of Broxburn 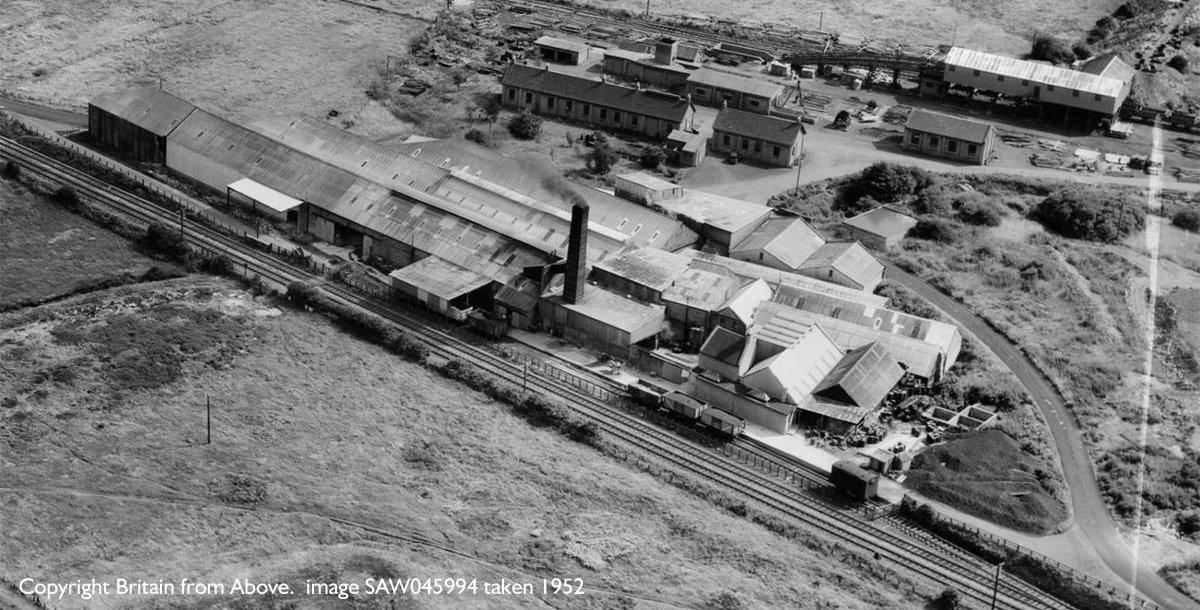 Aerial view of Fison's Cawburn Chemical Works, with Roman Camps No.6 mine in the background.

In the early 1850's, William Fraser established his bone dust and liquid manure works on a site close to the centre of the quiet village of Broxburn, a little to the south of Main street. It was Broxburn's first significant industry, although Fraser had earlier operated a small and unsuccessful works producing a quick drying Roman cement. Fraser's works received bones from animal carcasses and scavenged wastes that were then boiled, crushed, burned, or ground up in various processes to produce agricultural fertilisers - principally a bone dust and a fermented bone liquor – also calcined bone for china production, and even a paving material made from bone dust mixed with cement made from mine waste. 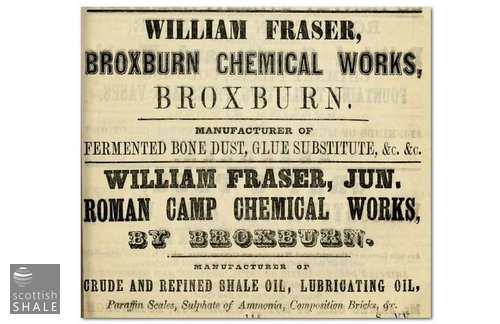 The business quickly took off, with sales agents for the agricultural fertilisers appointed throughout Scotland – it was said the “Fraser's bones go everywhere !”. By1860, the works employed eight men and four women. While the stench from the works didn't make for happy neighbours, it was claimed that “disease finds no lurking-place among those engaged (there) and that general health is said to have improved since the works commenced”! 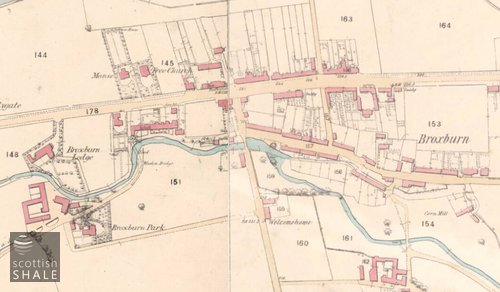 In 1861 Robert Bell – who held the mineral rights for the Broxburn district, invited entrepreneurs to set up oil works in the area, which would be supplied with the oil shale produced from his new mines. William Fraser and William Fraser (father and son) subsequently established a small shale oil works at Cawburn in the lands of Drumshoreland, one of ten or so short-lived oil producers in the area whose history is hard to untangle. At least two of these oil works were owned by other bone dust manufacturers. When the shale oil bubble burst, William Fraser jnr. (the father died in 1866) turned his attention back to the Broxburn bone mill, but faced increasing pressure to reduce emission of “noxious or offensive gasses and effluvia”. After fending off a number of legal challenges, a court case brought in 1876 by Robert Bell and the former local headmaster presented evidence that the smell of the works was “heavy and sickening and injurious to health” This led to an order to close the works. The machinery and stock of the “Broxburn Chemical Works” were sold off the following year, including a fragrant selection of dissolved bones, fish manure, and animal guano.

Following closure of the Fraser's oil works at Cawburn, the site was acquired by Robert Rough who constructed a new bone mill (the Cawburn Chemical works) there in about 1868. Rough had previously been associated with Fraser's Broxburn bone works. The remote location and the fresh breezes of Drumshoreland moor made the works less of a nuisance, and the stinky trade of artificial manure production continued there for the next ninety years. Control of the works remained in the Rough family until 1921, and later became part of the Fisons group, although the William Rough trade name continued to be used for the established range of agricultural fertilisers made there. Production continued until the 1950's or 60's, following which the site became W & M Watson's Cawburn carton works. More recently the buildings have been the premises of Forth Valley Engineering and National Oilwell Varco, but currently lie vacant awaiting new occupiers.

Above right: 25" OS map c.1854, courtesy National Library of Scotland.
The bone works were described to be off Main St, near the centre of Broxburn and south of the Turnpike road. The machinery seems to have been steam powered so no need for a burnside site. Can anyone pinpoint the site of the bone works? 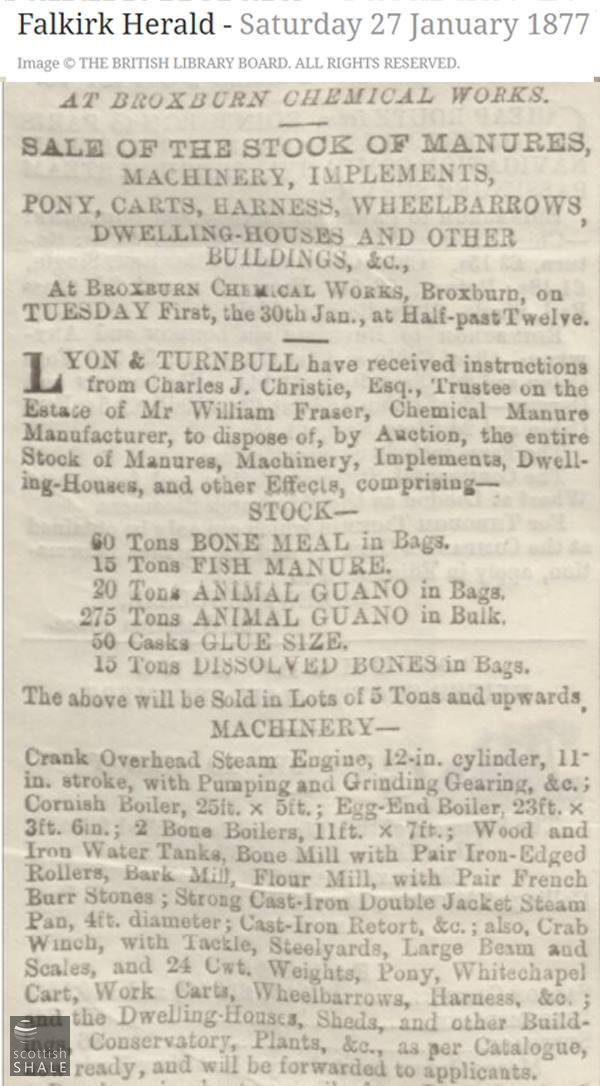 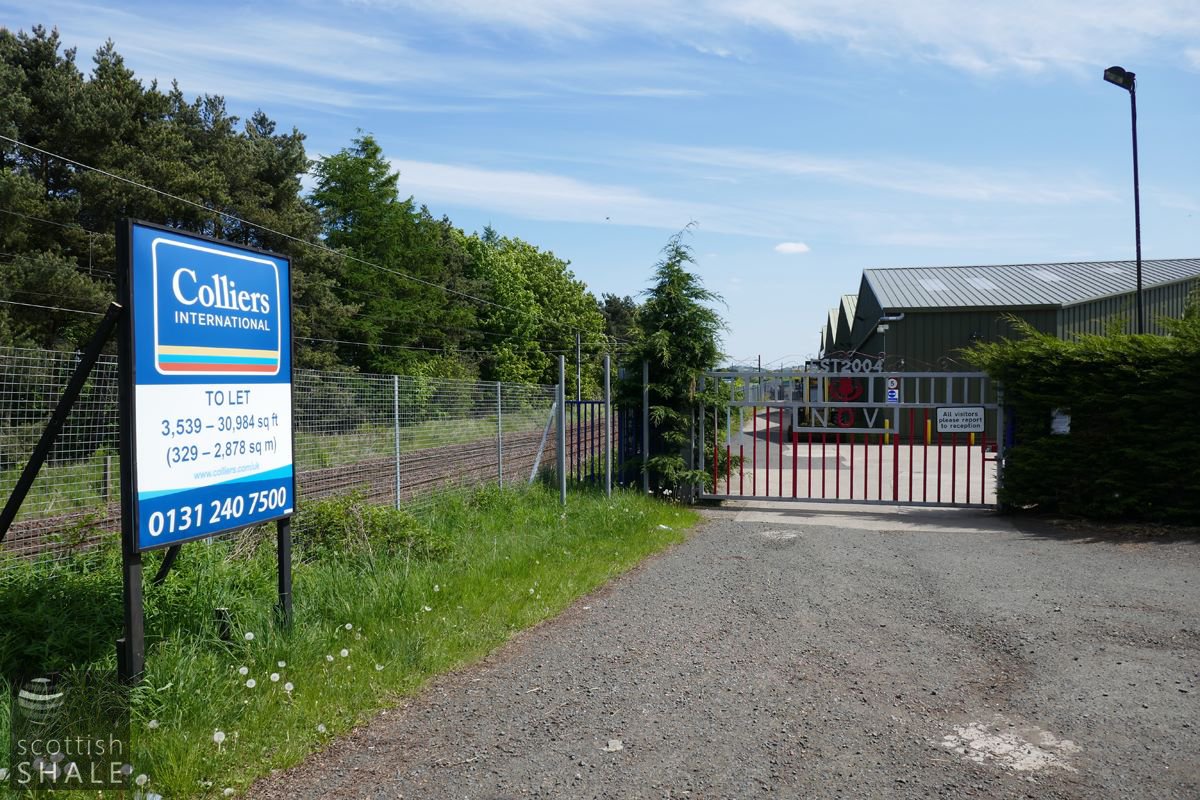 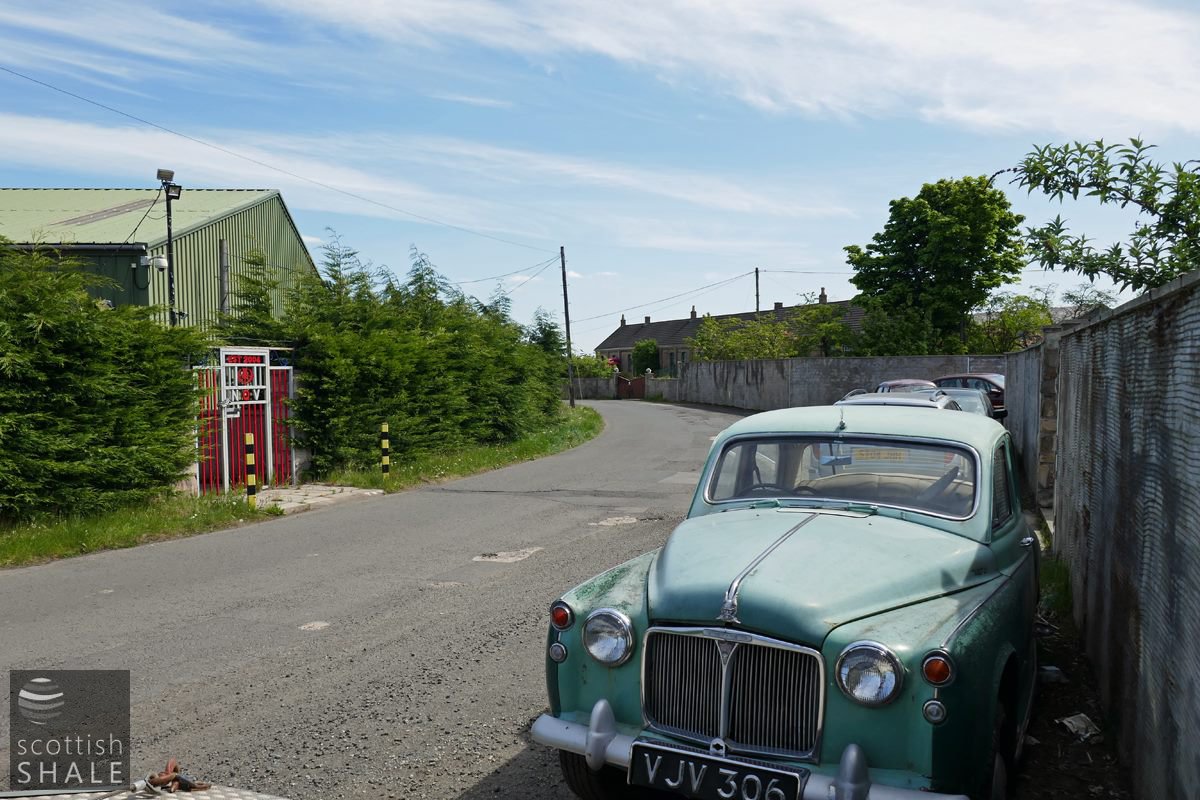 Elderly Rover, awaiting restoration. provides a retro feel to the picture - buildings of Roman Camps No.6 mine in the background. 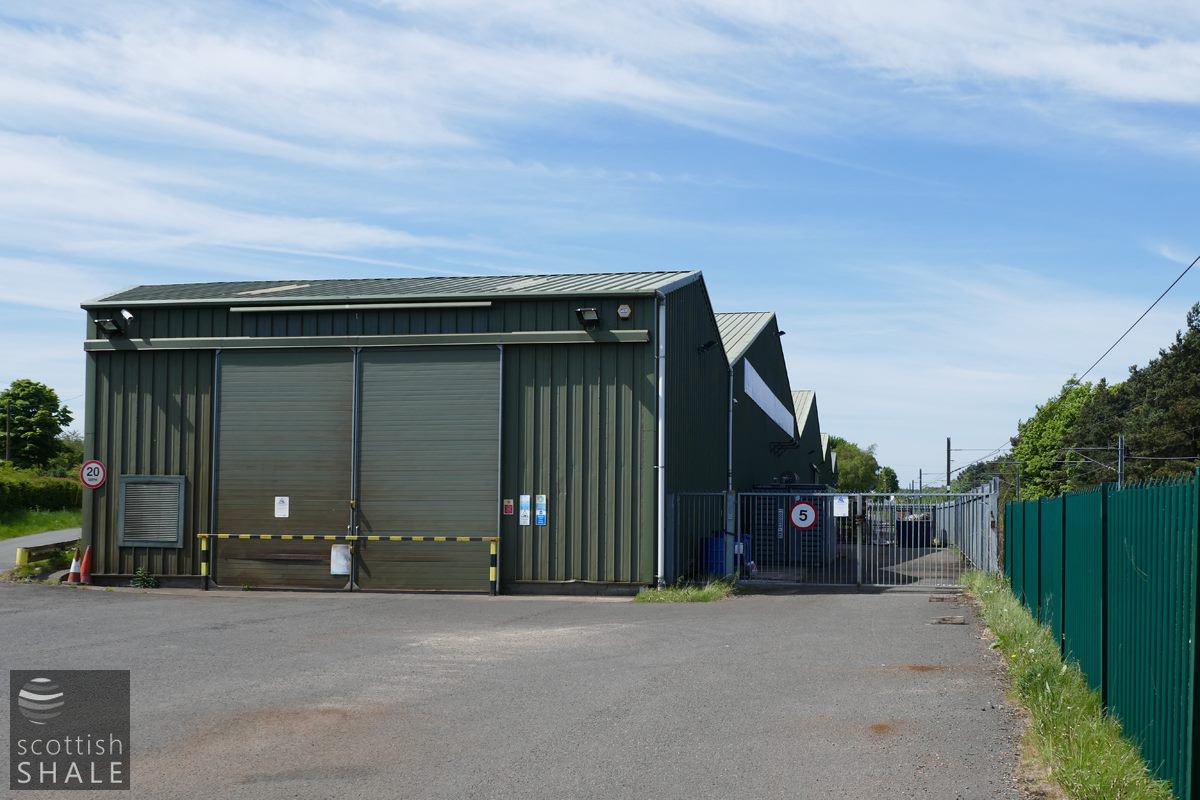 Cawburn works from the east. The road to Roman Camps once passed between the building and the railway.