The Etna brickworks in Armadale 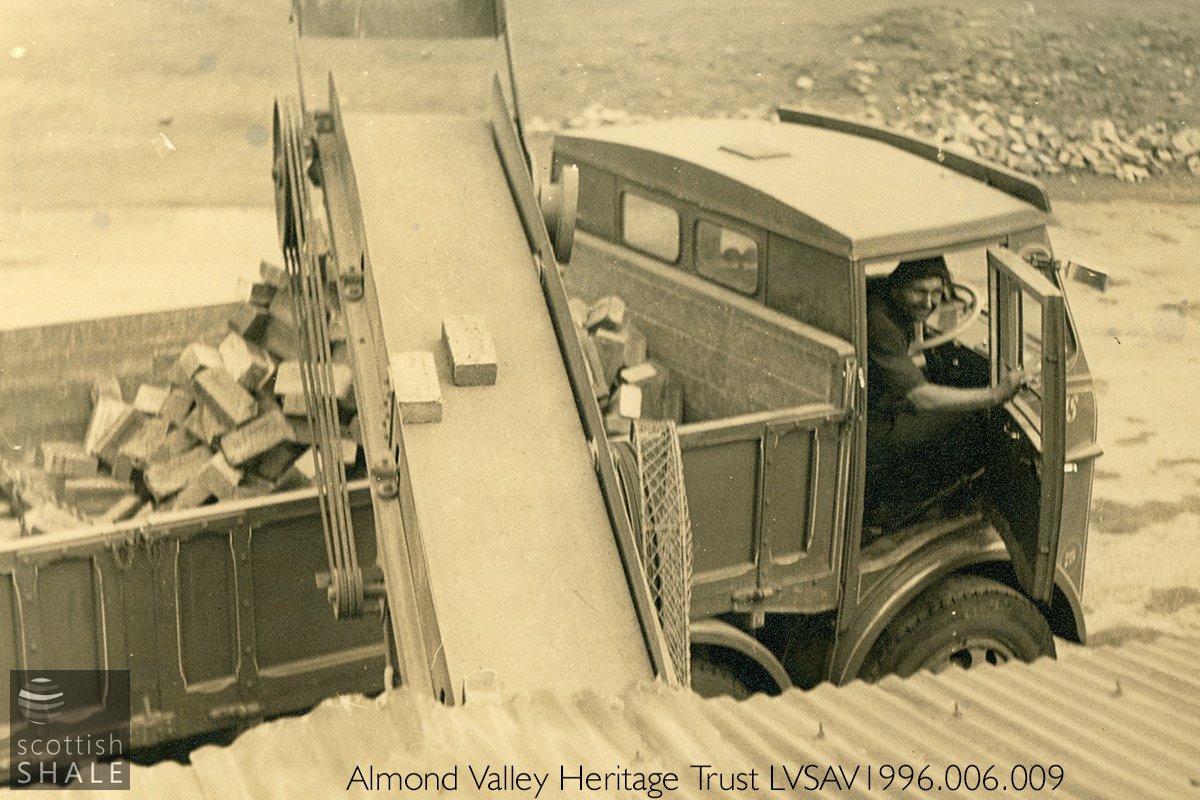 The bricks were tough enough to withstand rough handling in a tipper truck. 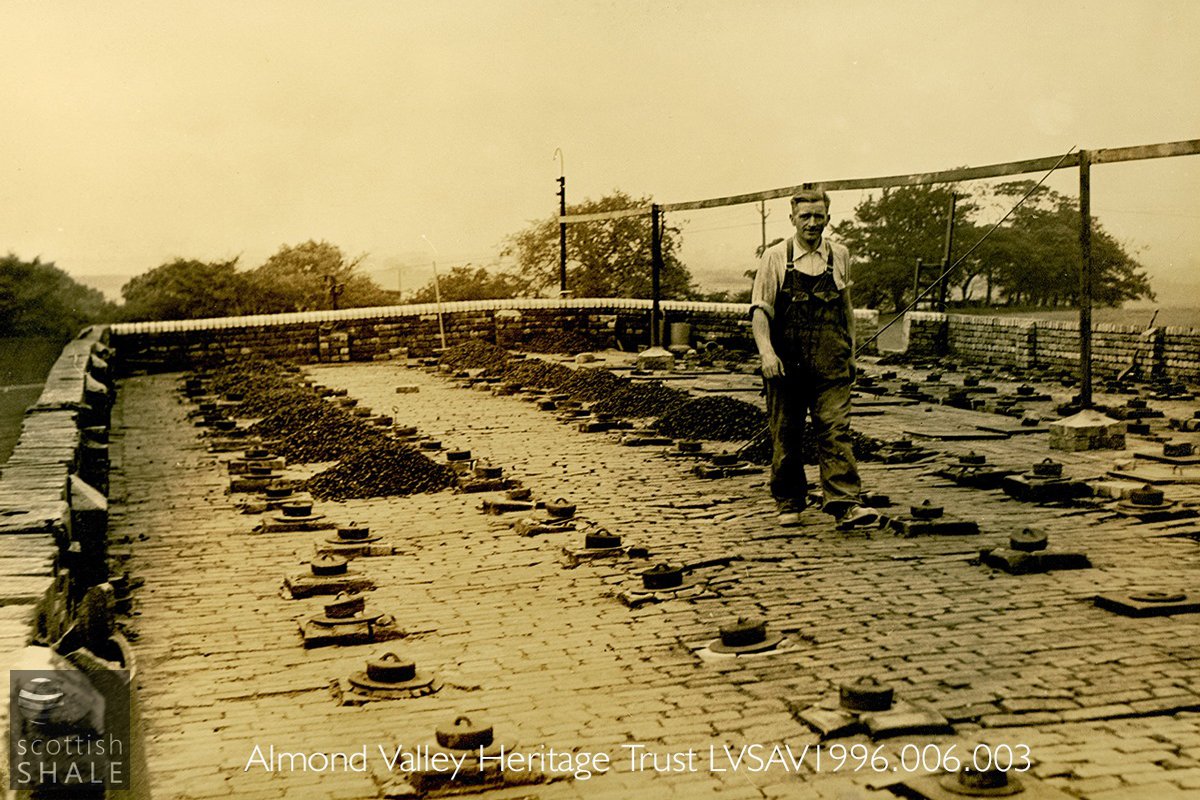 Top of a brick kiln, perhaps Etna brickworks, certainly one of the United Collieries brick or pipe works in Bathville. 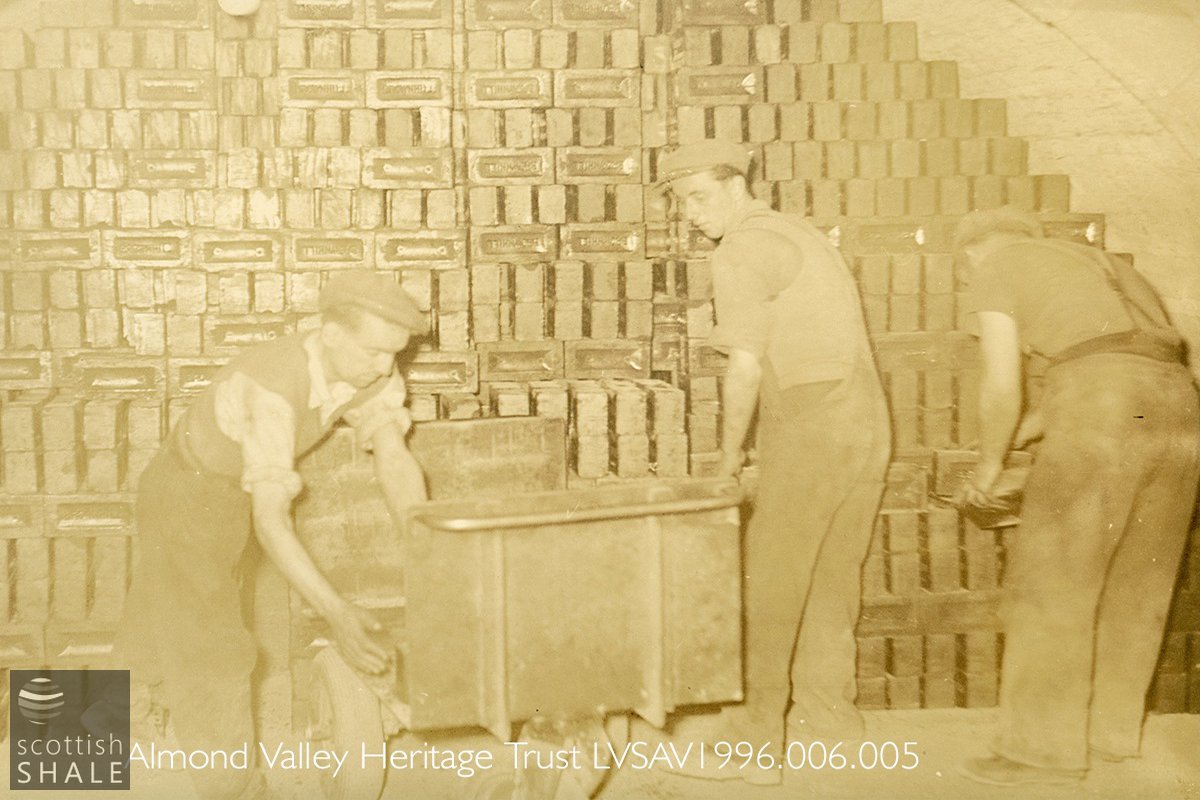 Stacking "green" bricks within the kiln. From the embossed name on the bricks, this view seems to be at Brownhill, near Newarthill, one of the United Collieries brickworks operated in association with Etna. 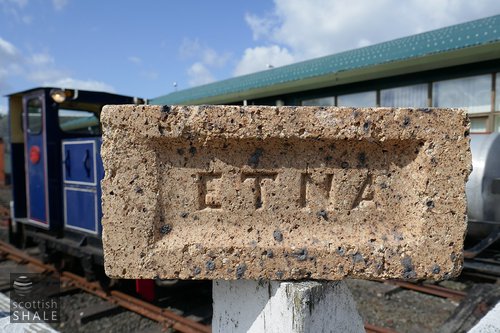 Throughout central Scotland there must still be many thousands of workshops, barns, sheds, and other other utilitarian structures built from “Etna” bricks. These products of the Etna brickworks in Bathville are instantly recognisable by their sandy-brown blotchy fireclay colour, peppered with black rusty spots that have erupted from the surface during the firing process. These machine-pressed bricks are simply embossed with the word “ETNA”; the Greek goddess of volcanos.

The Bathville and Armadale area was once renowned for its bricks. Local pits worked seams of fireclay that were associated with bands of silica-rich sandstone, which provided the raw materials for heat-resistant firebricks used in furnaces and retorts. These high-value products were often hand-made and moulded into tapered shapes to fit the curve of furnace linings.

Other works in the area produced “composition” bricks, usually formed from fireclay mixed with waste blaze from the bings of old collieries. The resulting bricks were the familiar mottled red brick colour and while suitable for general building purposes, were best protected from the frost beneath a layer of render.

The Etna brick seems to represent a halfway-house between these two brick types, and was both stable to moderate heat in industrial processes, and resistant to frost. It seems surprising that only the Etna works produced significant quantities of such a good all-round brick. 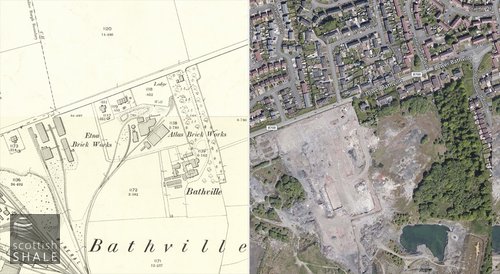 The history of Armadale’s brick industry is difficult to untangle. During the mid 1860’s, John Watson and his sons constructed the Bathville oil works, and associated works that manufactured firebricks and composition bricks. The Watsons became bankrupt in 1874, and most of their Bathville estate was then purchased by James Wood, a Paisley coal merchant. The firebrick business at the Atlas works in Bathville was progressed for a period by Robert Fleming before this was also taken on by James Wood. In about 1885, Wood set up the Etna works to manufacture composition bricks, on a site adjacent to the Atlas firebricks works. The two sister works were to operate side by side for the next eighty year or so. James Wood & Co, became part of the United Collieries Company in 1902, and passed to United Fireclay Products Ltd. on nationalisation of the coal industry. The traditional Etna brick seems to have continued in production into the mid 1960’s. Operations on the site slowly declined and in later years, the business changed ownership and title on a number of occasions. The liquidation of the Carradale Brick Co. in 2012 marked the end of brickmaking on the site, and the remaining plant and buildings were cleared soon afterwards.

A ledger in our museum collection records the workforce of the Etna works in the early years of the 20th century. The 43 staff employed in 1909 included 14 women, engaged mainly in stacking and emptying the kilns. Many had wonderful job titles such as “lifter-off”, “setter”, “loader” and “wagon-woman”. 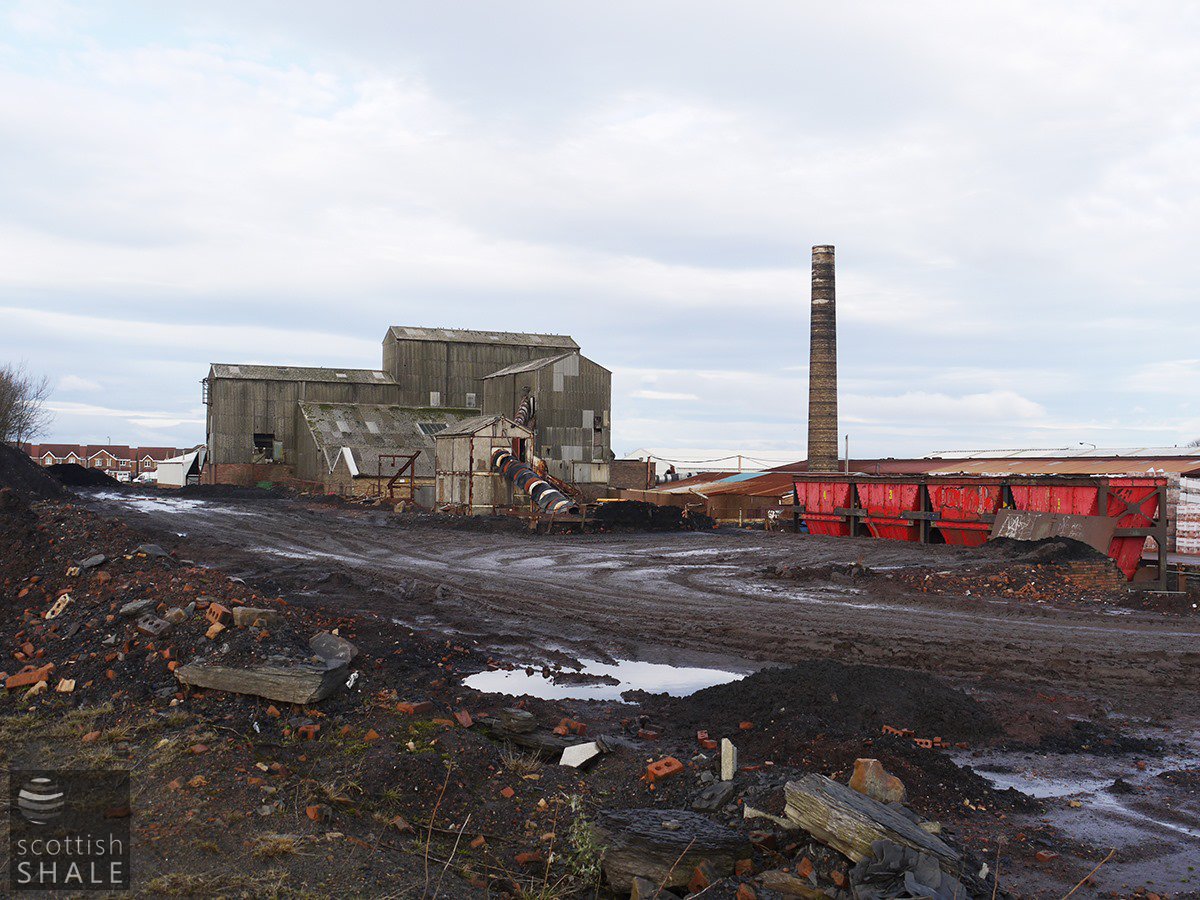 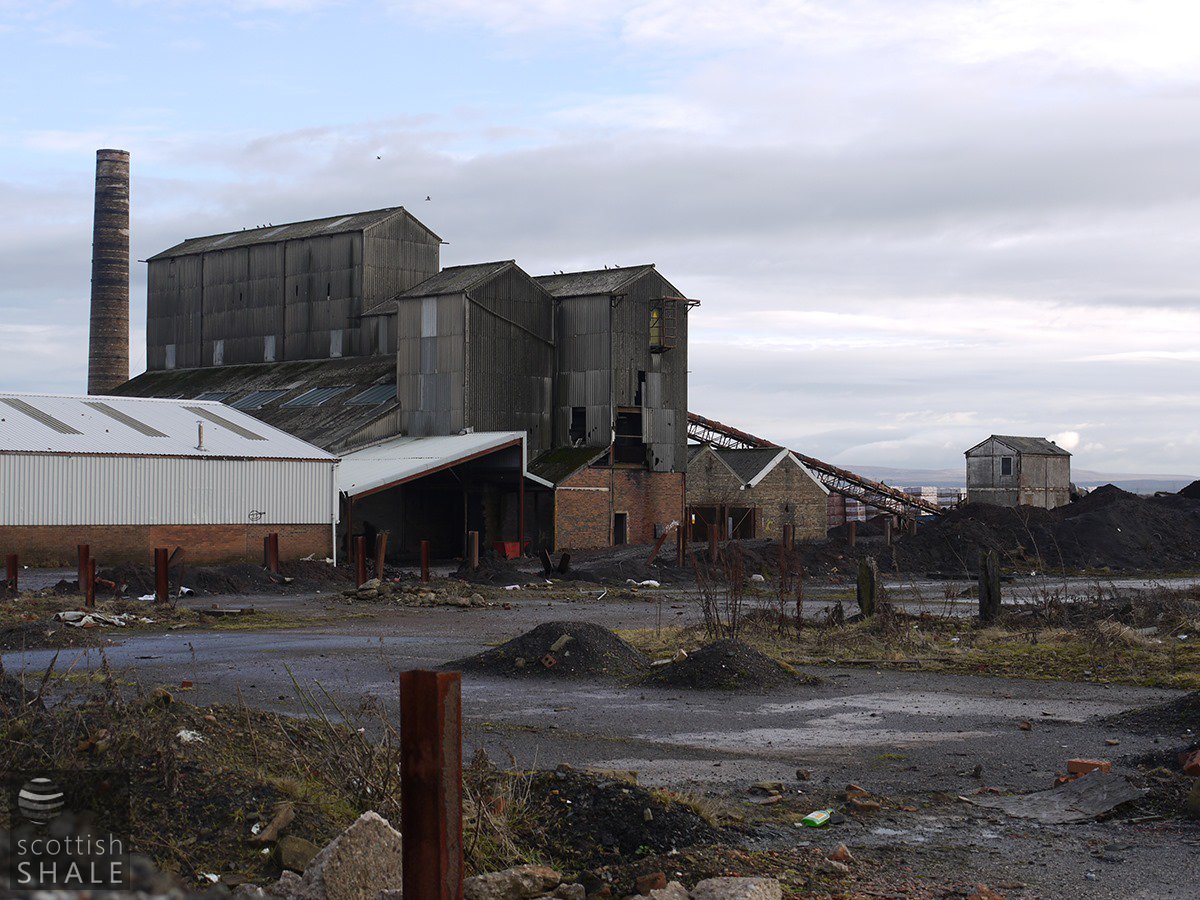 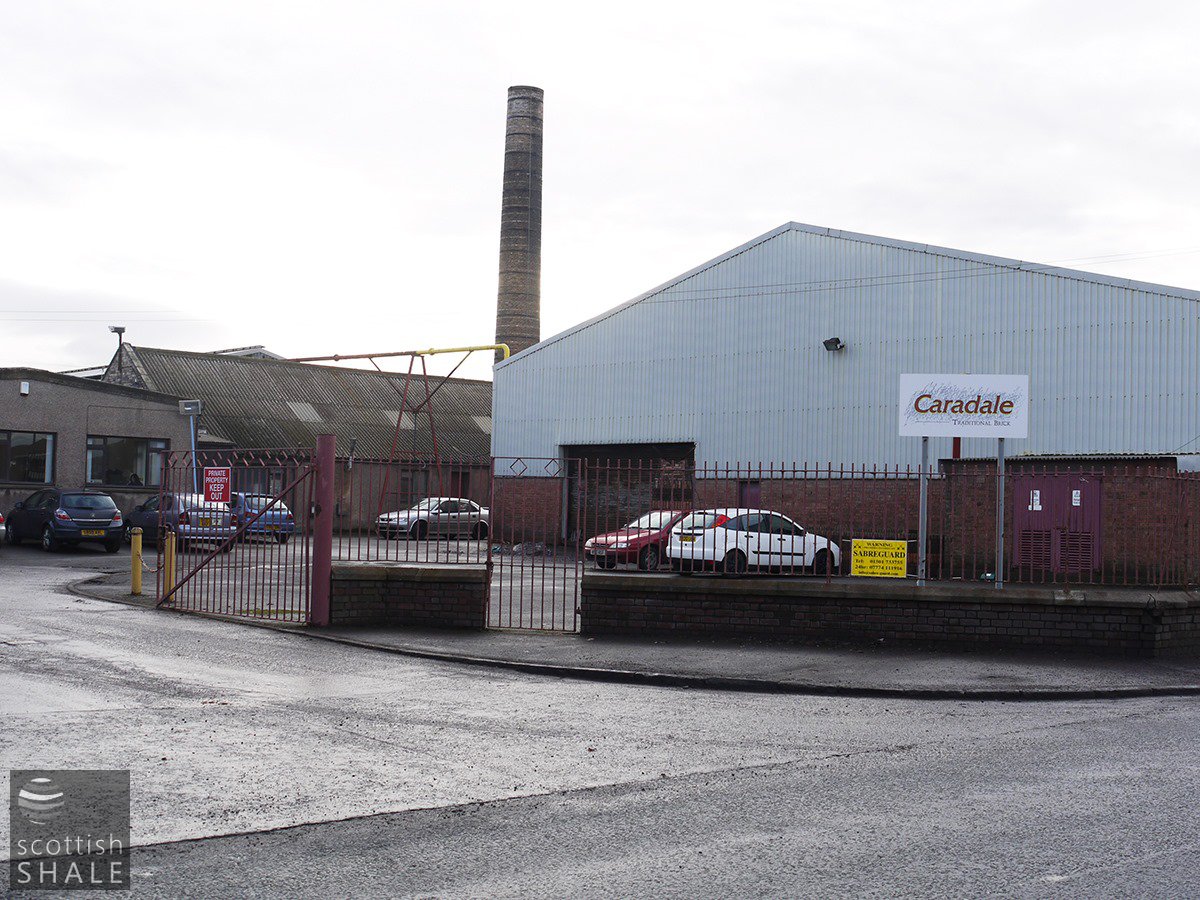 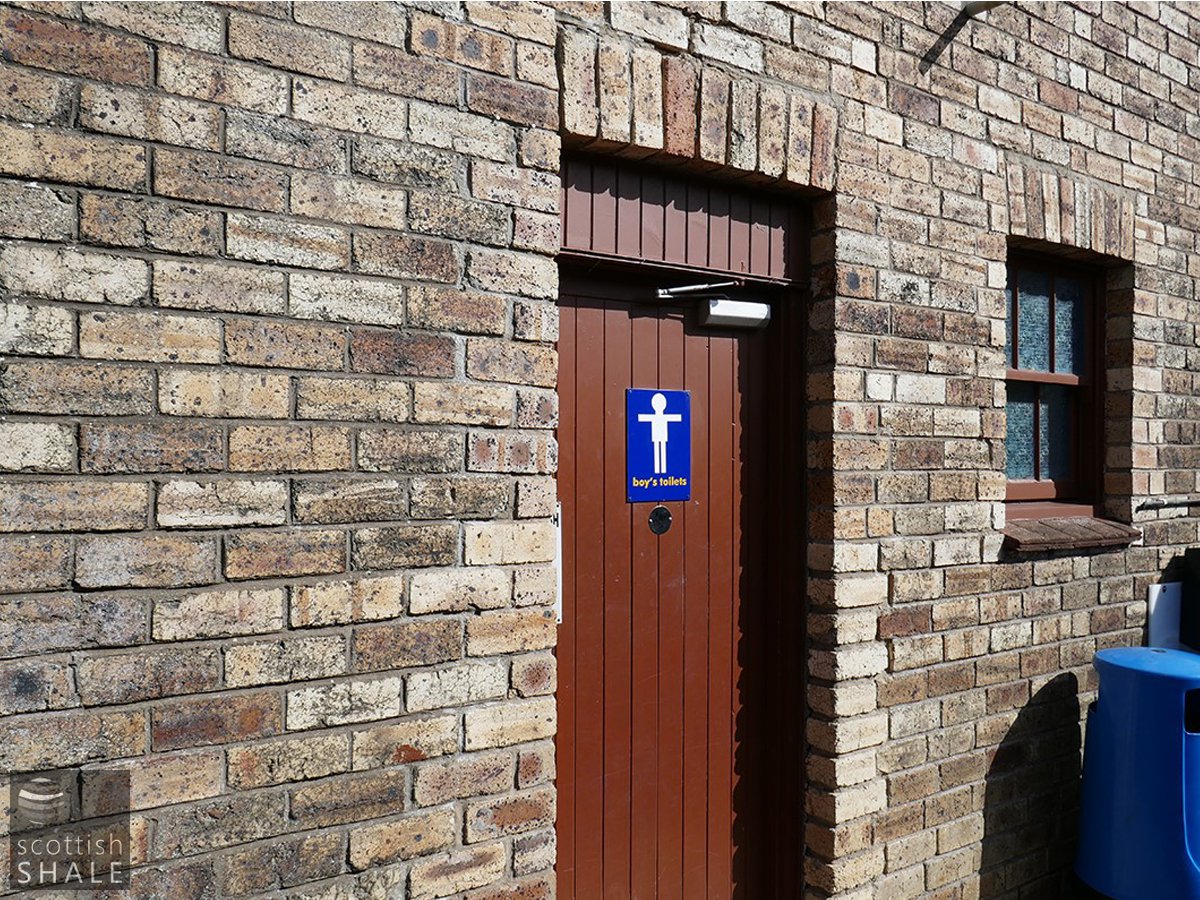 The boy's toilet at Almond Valley, a fine example of Etna brick construction. 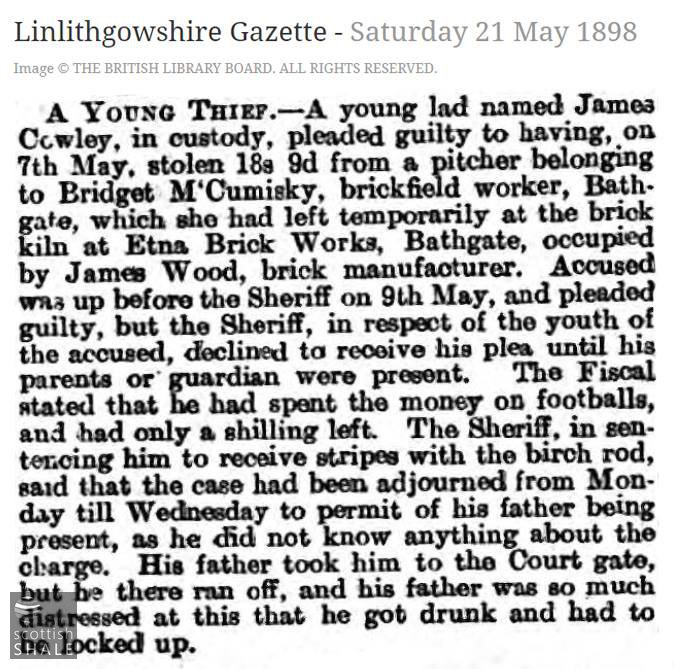 We blame the parents. 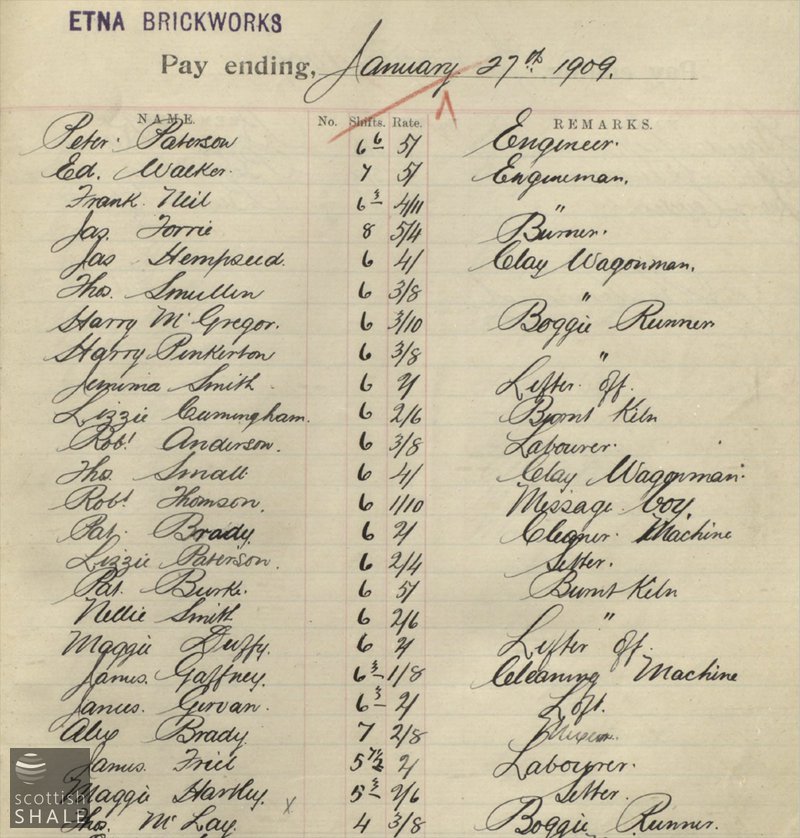 Part of a page from the wages book.