A Busy Time at Bridge Twelve

The History of a Railway Underpass 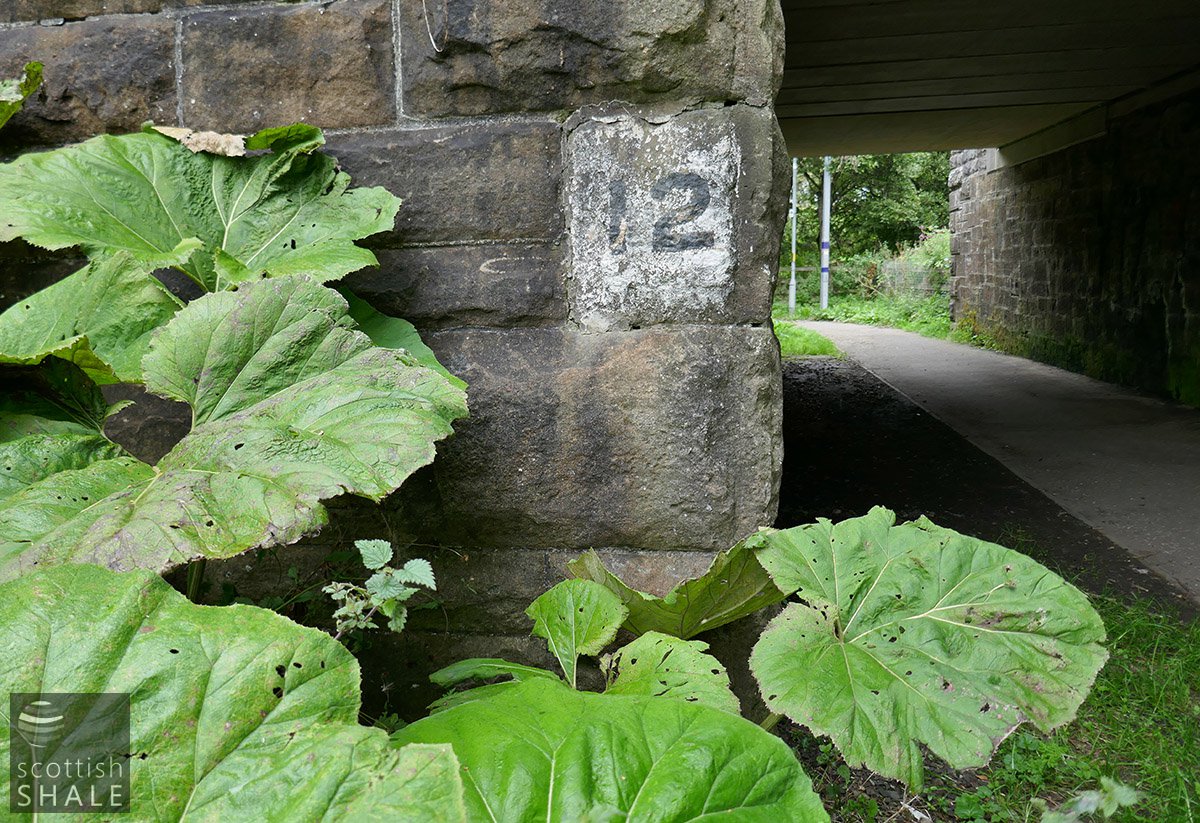 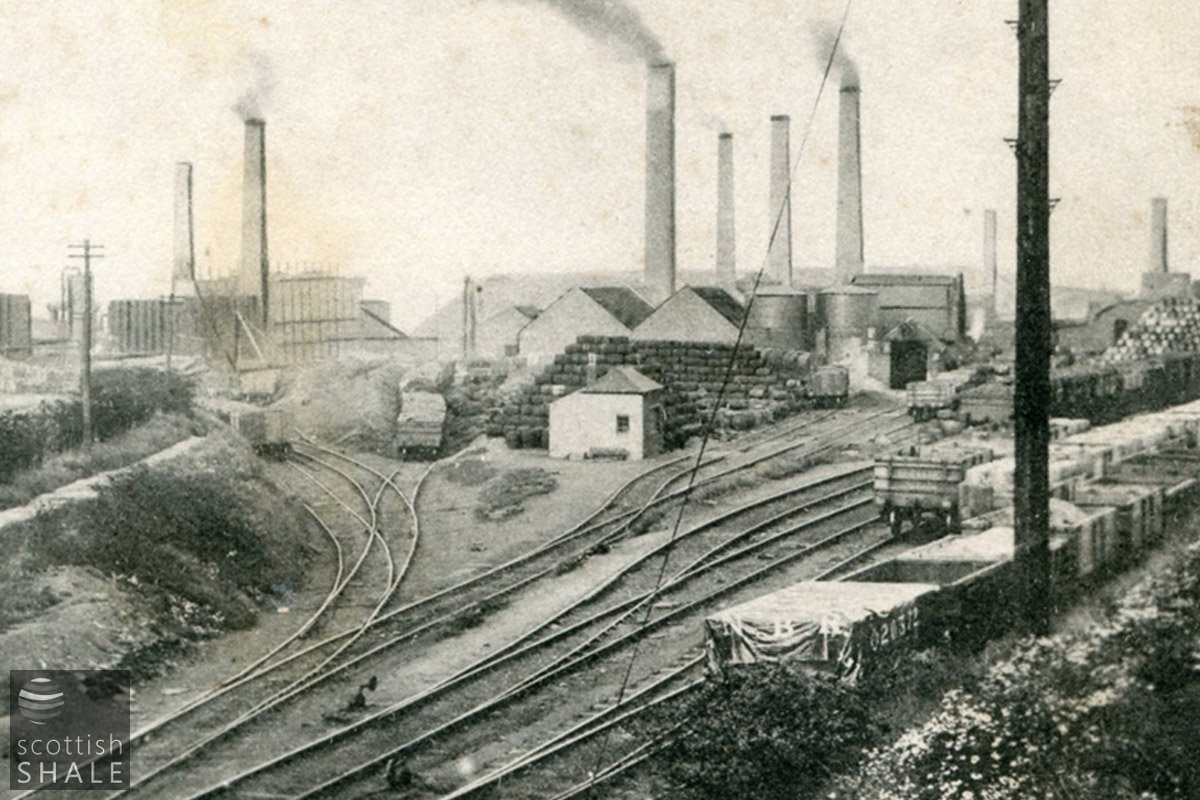 There is no footbridge at Uphall Station. To get from one platform to the other, you can walk eastward to Pumpherston road, turn and pass the two storey building that formed the entrance to the station during steam days, before returning uphill again. Or else you can head west and cross beneath the railway through a gloomy underpass that has the number “12” painted on the stonework, in old-style lettering.

No.12 bridge was installed when the Edinburgh and Bathgate rail was first built, presumably the twelfth bridge west from “Bathgate junction” near Ratho. In 1849, when the railway first opened, the area was open countryside, and the underbridge will have been used only by the occasional cart moving from field to field. This all changed when, in about 1865, the Uphall shale oil works were built immediately to the north of the railway. As these were extended, more railway sidings were installed to deliver shale and raw materials and to despatch oil products. The only road access into the works was by the little bridge 12, when opened directly into a small yard, lined with stores and offices. When workers' houses were built immediately south of the railway, the small bridge underbridge must have been chock-a-block at times, particularly when the oil workers clocked on at the start of their shift, or shuffled home afterwards.

Uphall closed as a shale works in 1926, but continued to refine imported crude oils until about 1938. During the shale days, mineral railways often served as convenient, albeit slightly dangerous, footpaths. Once oil works closed and rails were lifted, many old routes often remained in use and some were officially recognised. A route from Uphall to Uphall station via the old mineral railway, and across the site of Uphall oil works, was sufficiently established by the 1960's to warrent the formation of an underpass when the M8 was constructed.

Today bridge 12 lies at the crossroads of paths running north to south from Uphall to East Calder, and west to east from Uphall station to Roman Camp. It's a busy place once more on a sunny Sunday morning, with a constant stream of dogwalkers and trail trekers, cyclists, tandem riders, and the occassional horse. 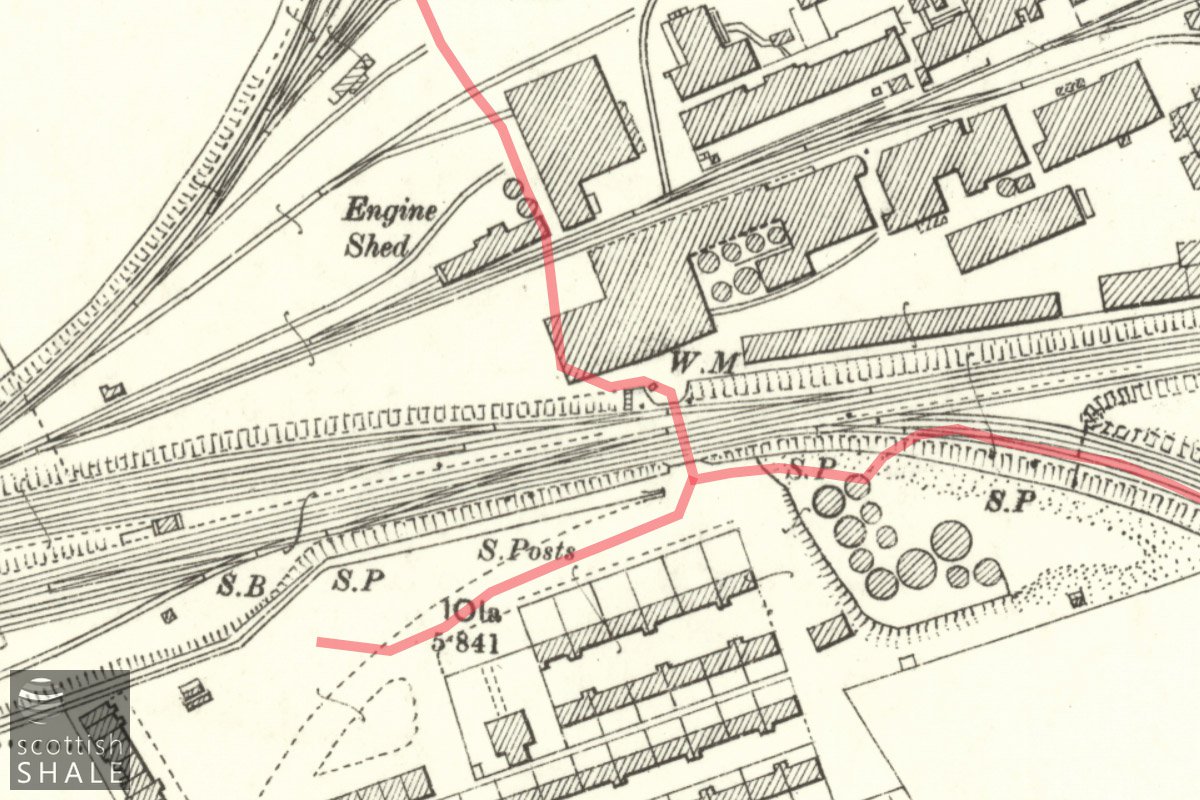 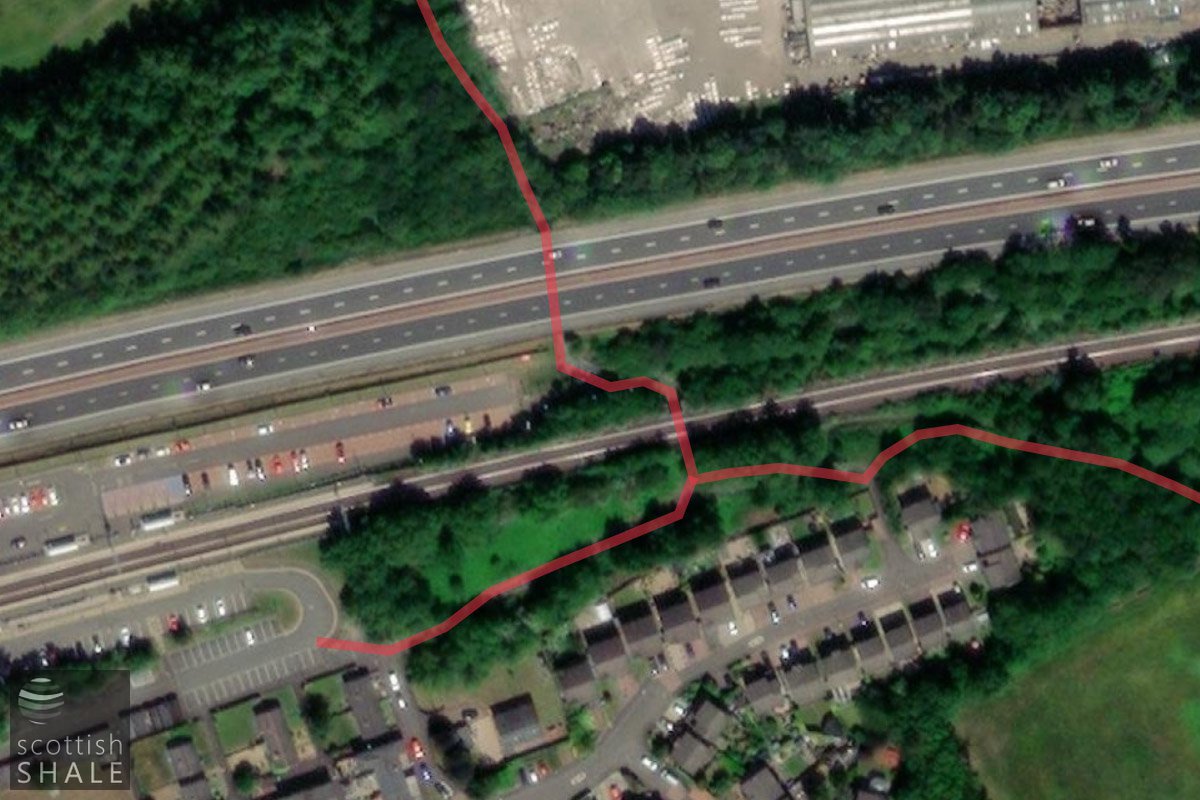 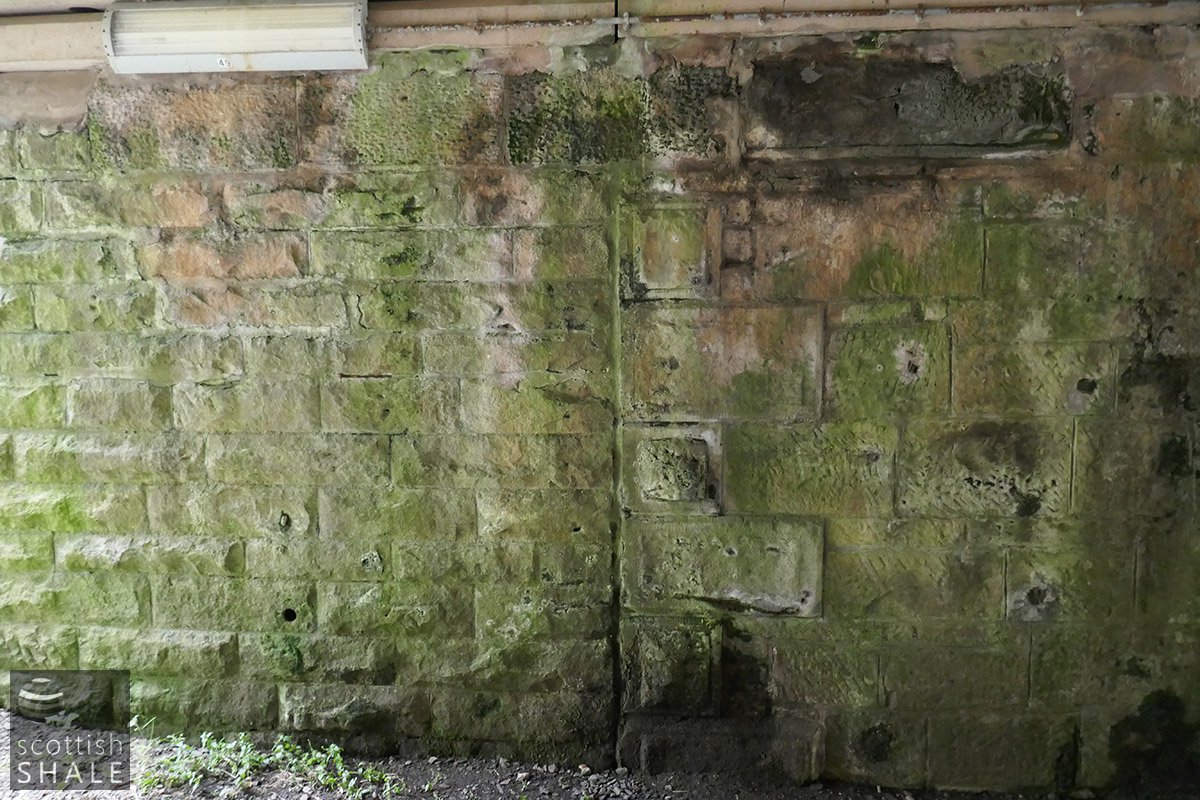 The original bridge and its extension to the south 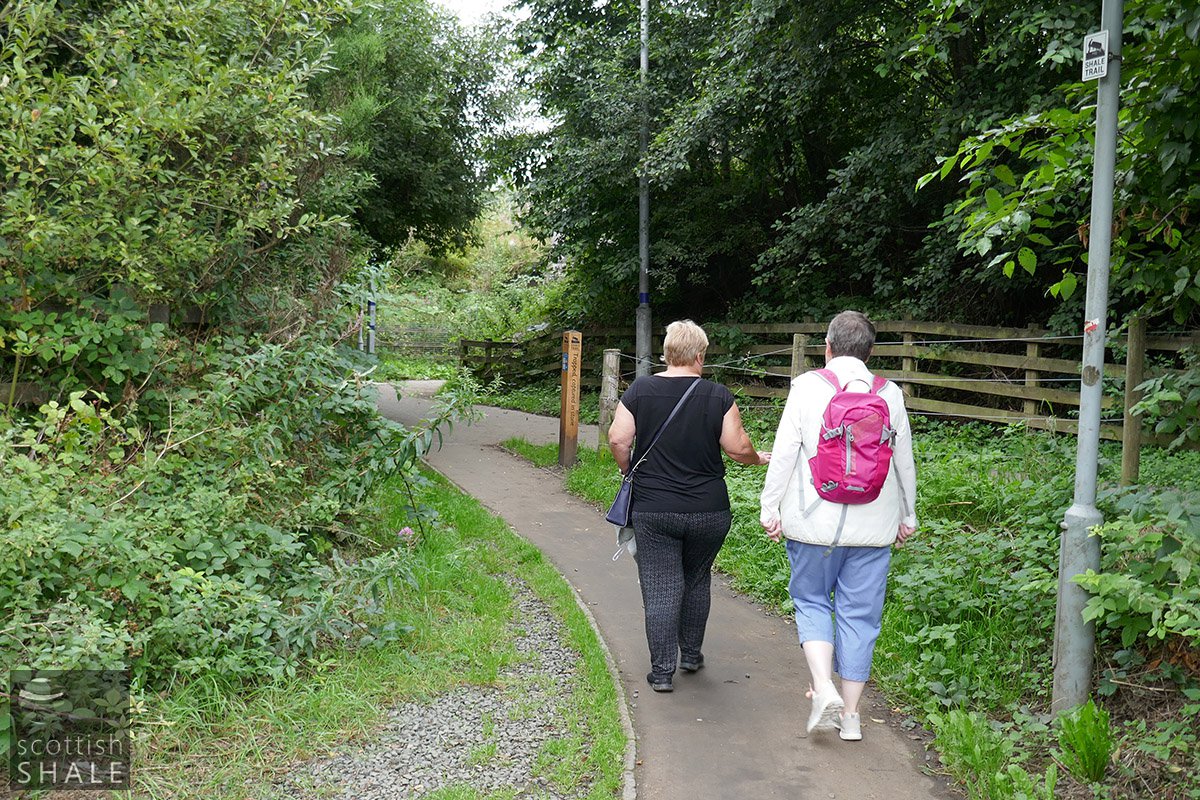 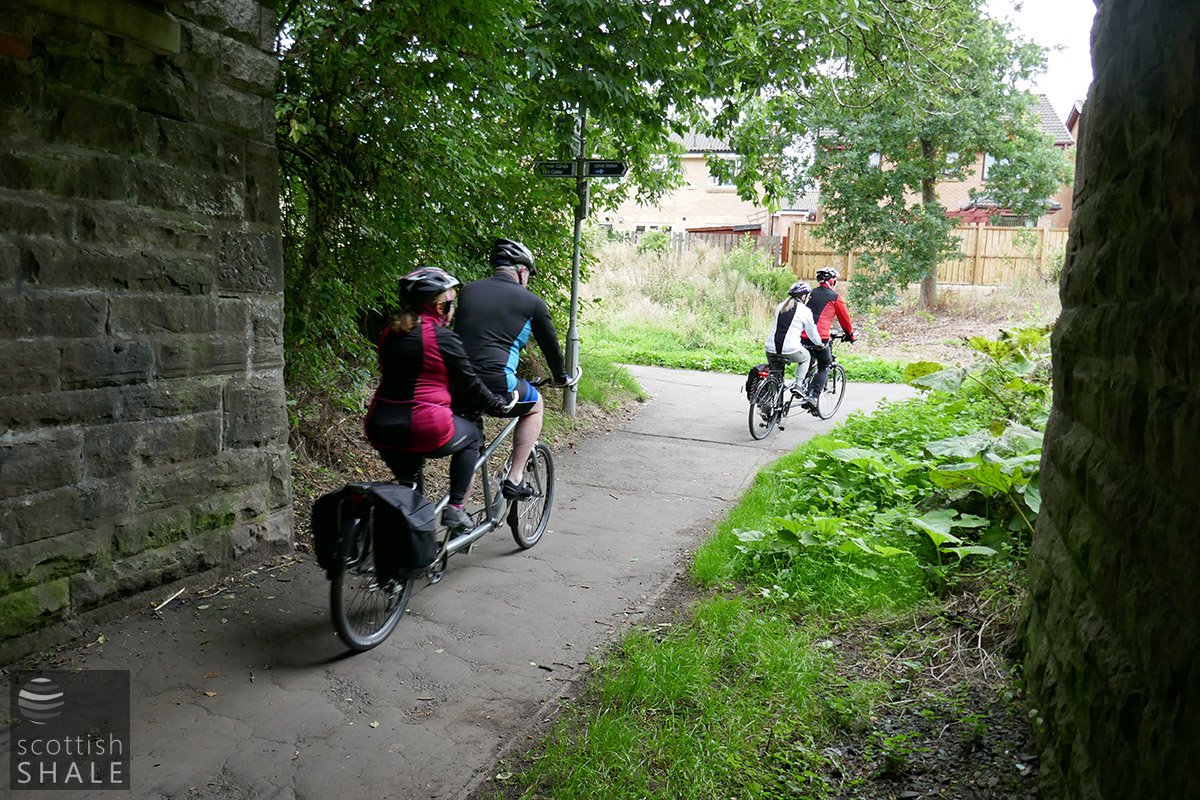 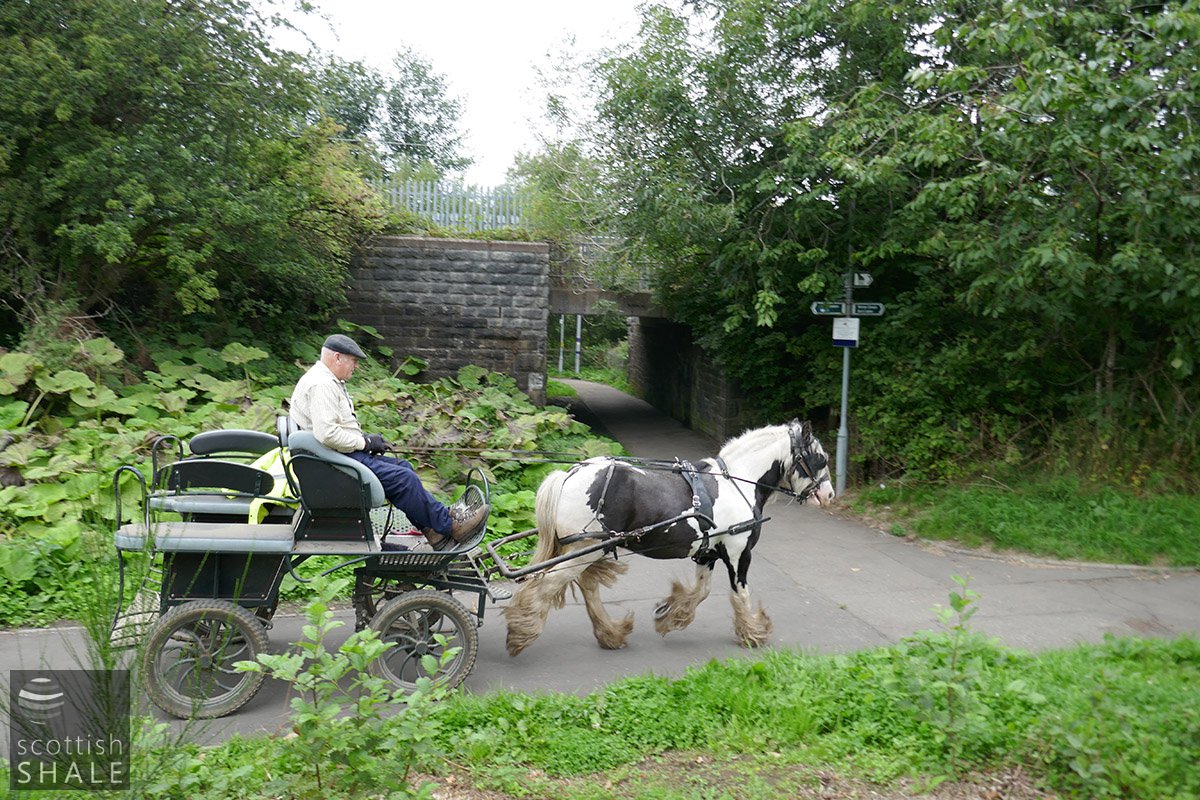 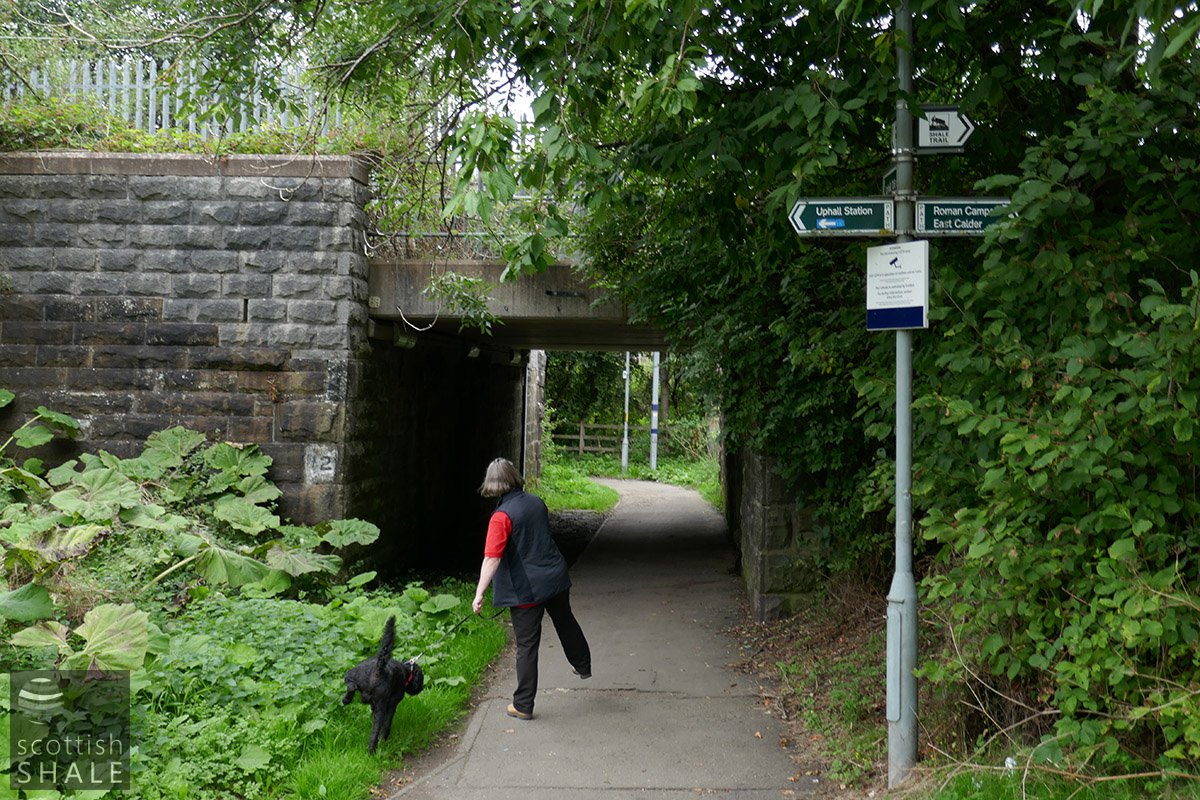