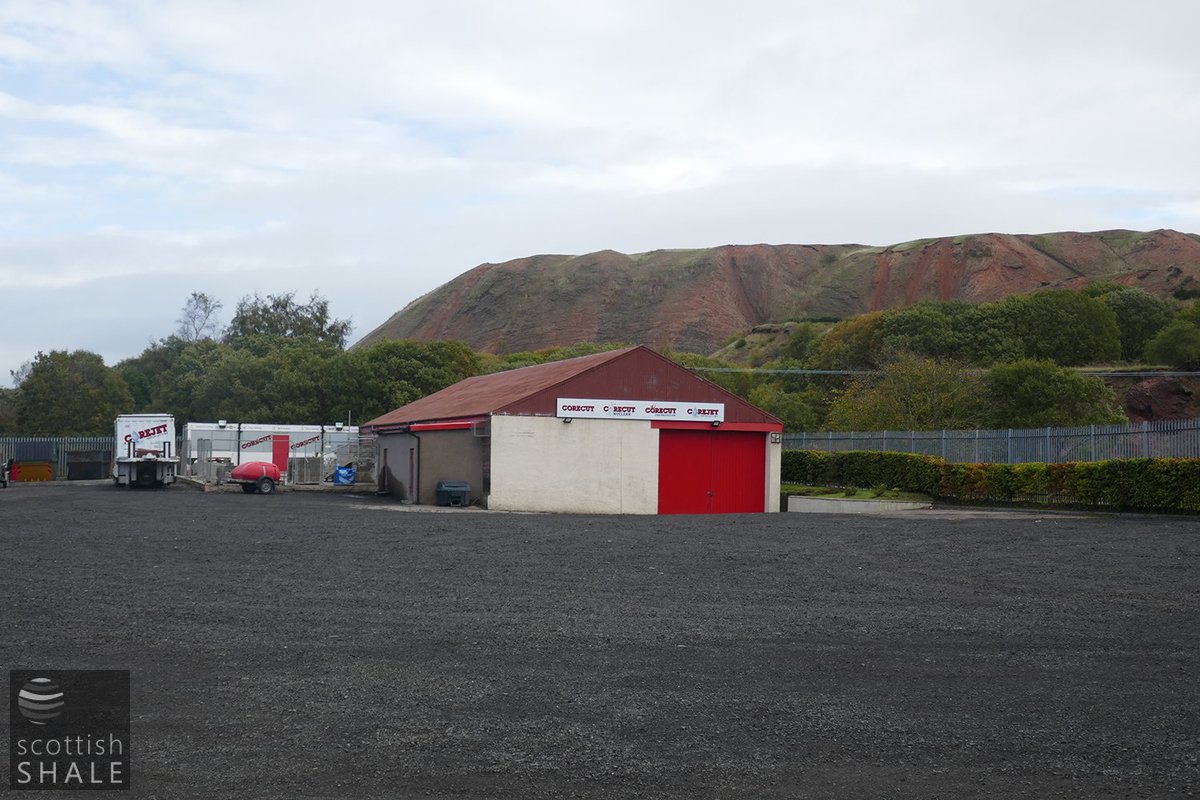 Bath-house no more.
The scene today with an open yard where the bath-house used to stand. 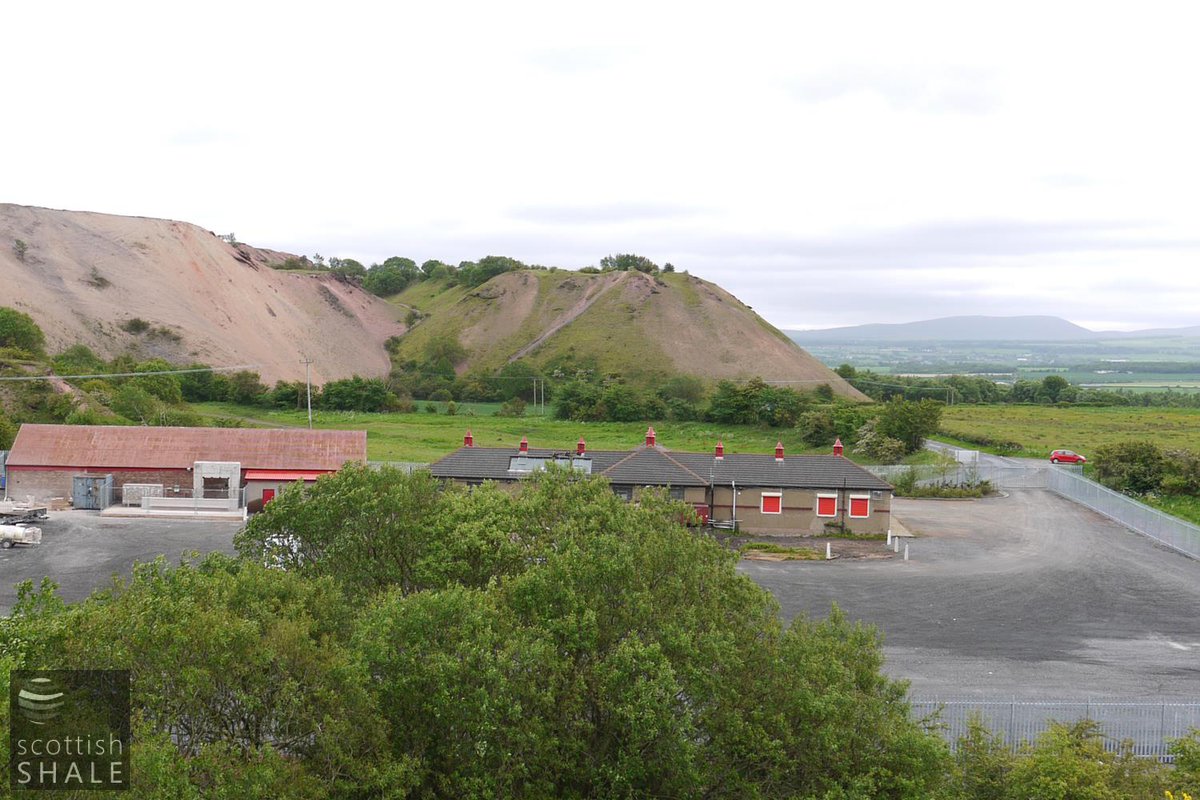 The scene in 2011, with neat red shutters on the bath-house. Viewed from Faucheldean bing looking towards Broxburn and the Cauldstane Slap. 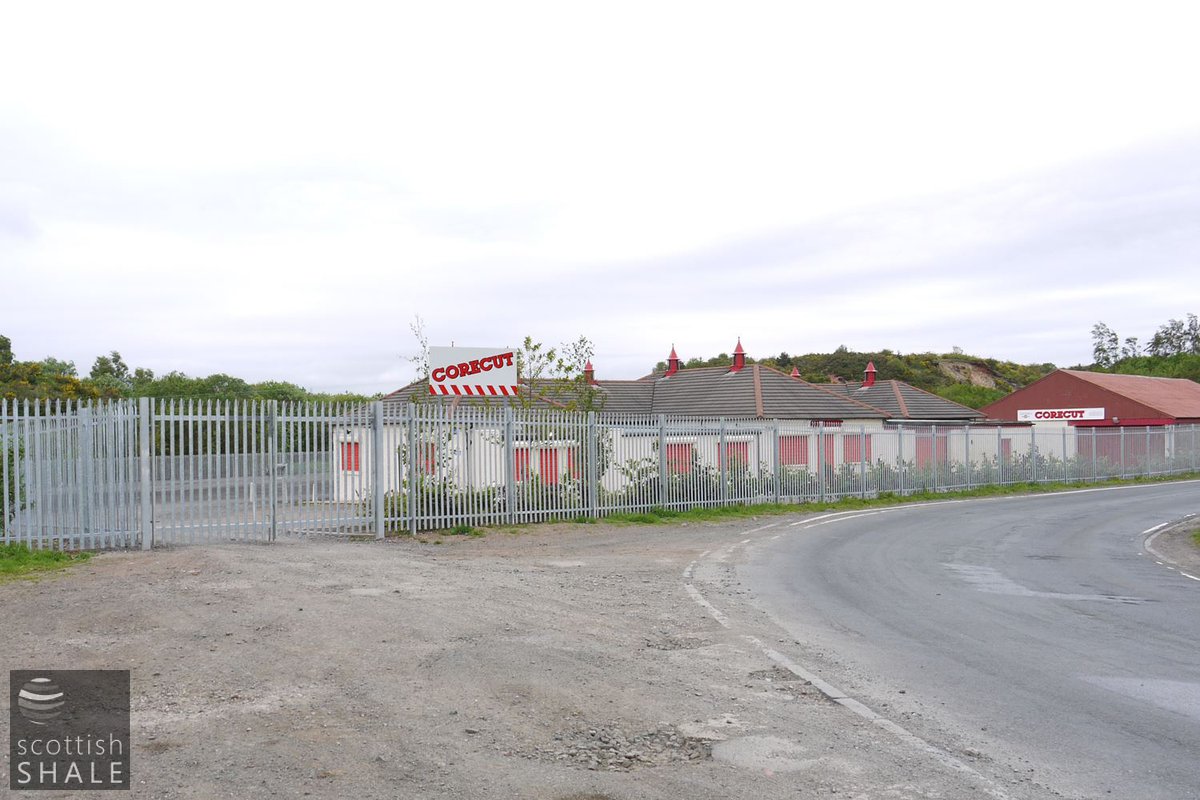 Earlier this year, Messrs Core Cut Ltd opened new workshops and offices at their Bankhead works between Broxburn and Winchburgh, previously the site of Hopetoun oil works. As part of this development, the company’s old offices (housed in the former bath-house building of Hopetoun oil works), were demolished, and a tangible link to the shale oil industry was lost.

The architecture of the bath-house was typical of buildings constructed by Scottish Oils Ltd in the inter-war years, which often featured distinctive pointed roof vents. It was probably built in about 1938 as part of the major programme of investment in shale oil production as the prospect of war loomed. The showers, fountains, first aid room, and other faculties of the bath-houses built at Hopetoun, and most other oil works sites, will have been a boon to workers (and a relief to their wives !), and reduced the risk of skin diseases which, by then, was well recognised. Nevertheless, 4d a week was deducted from pay packets for the privilege of using the facilities.

Having done their wartime duty, Hopetoun oil works were closed in 1948, and most buildings demolished the following year. In 1951 the bath-house was sold for £800 to James McCabe, haulage contractor and bus operator, who planned to convert the building and its surroundings into a dwelling house and a garage for his transport business. 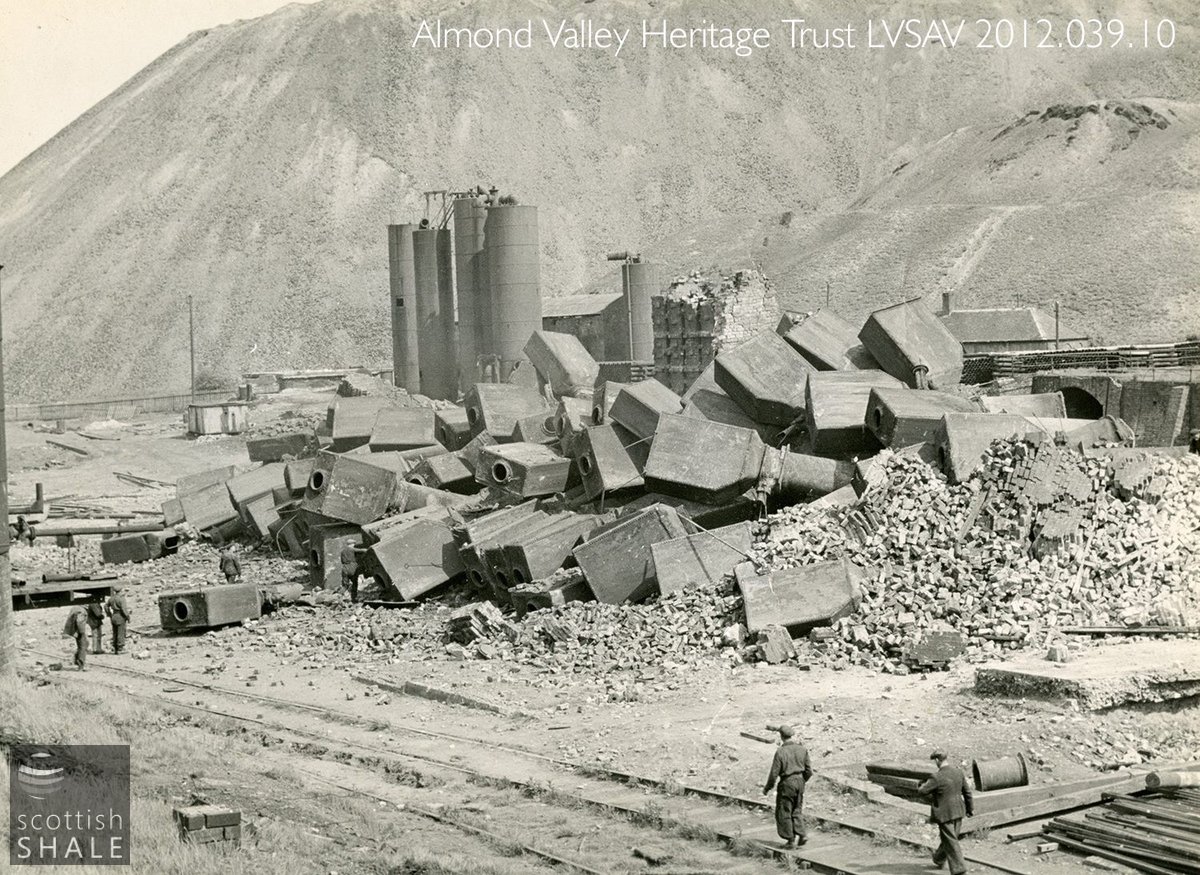 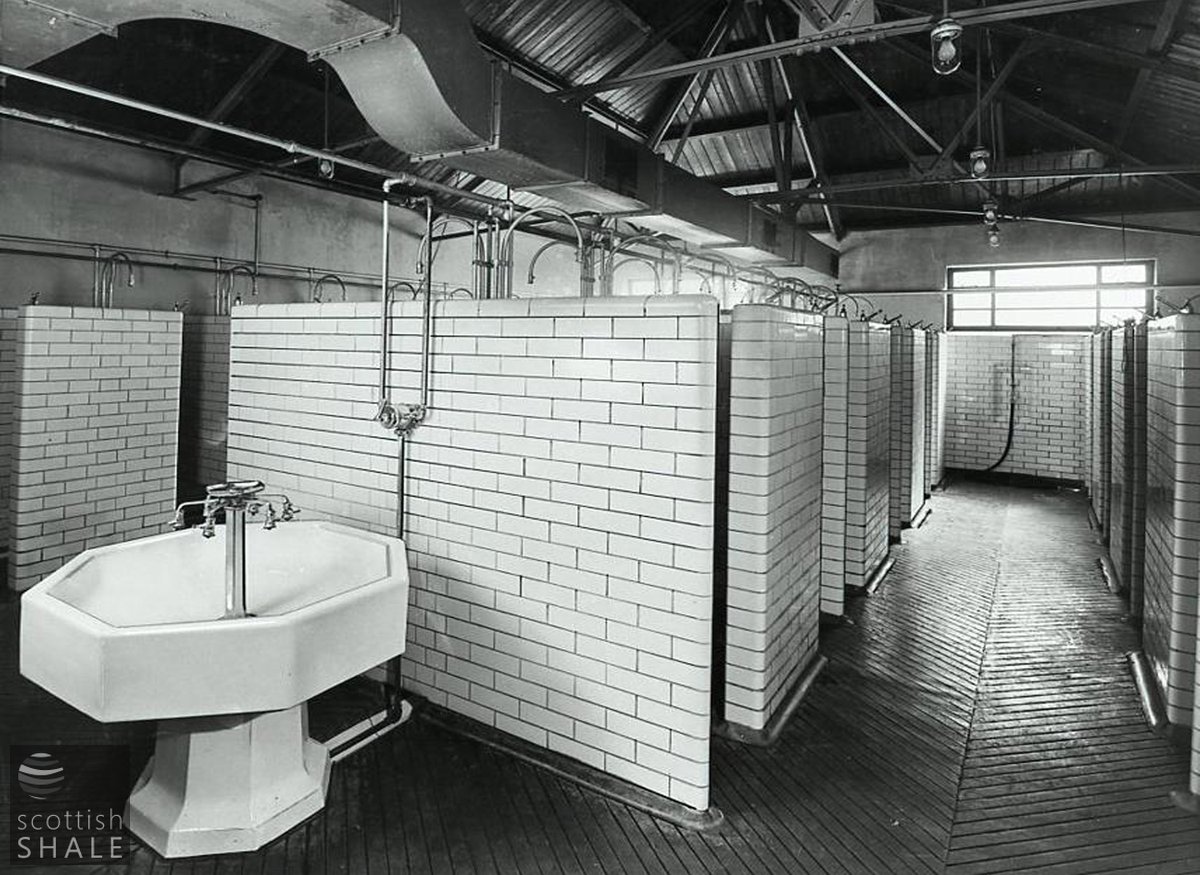 Interior of bath-house, probably at Pumpherston, but no doubt similar to that at Hopetoun. 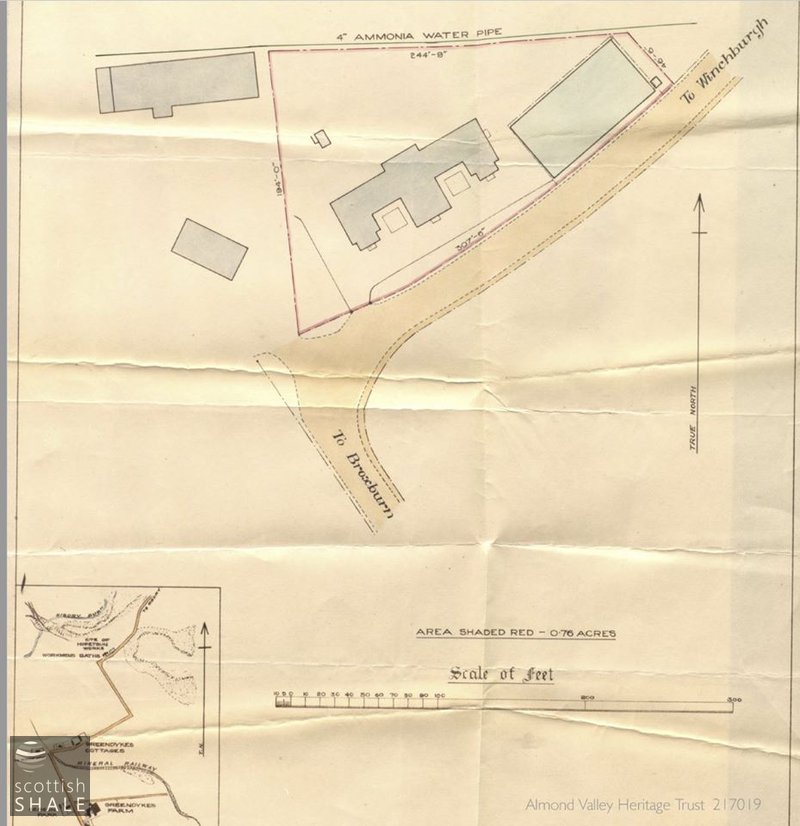 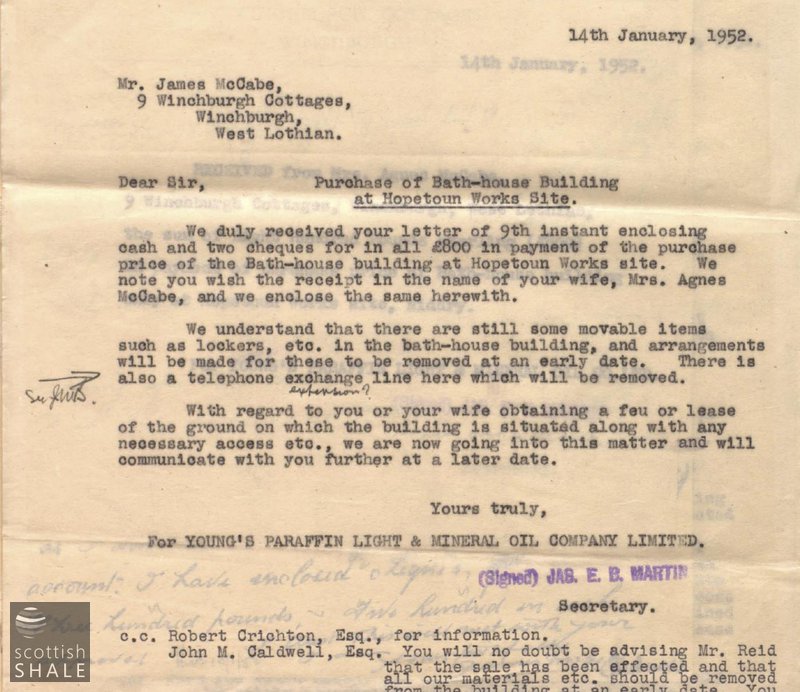 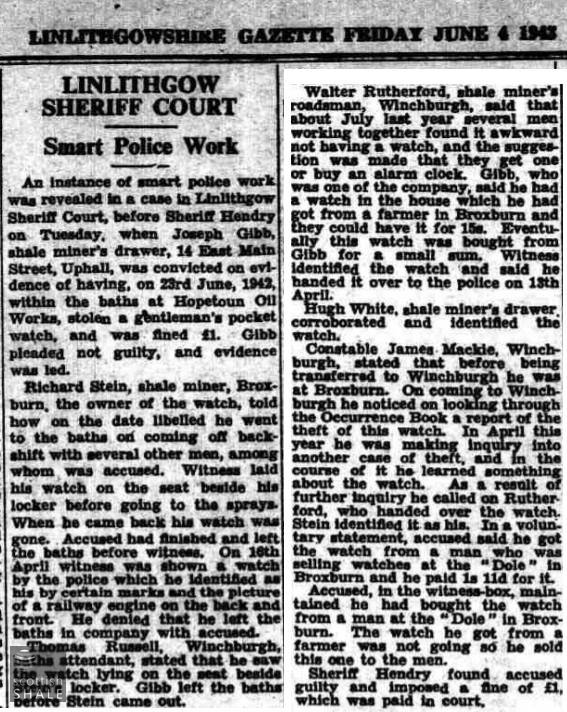 Mischief in the bath-house, courtesy of British Newspaper Archive. 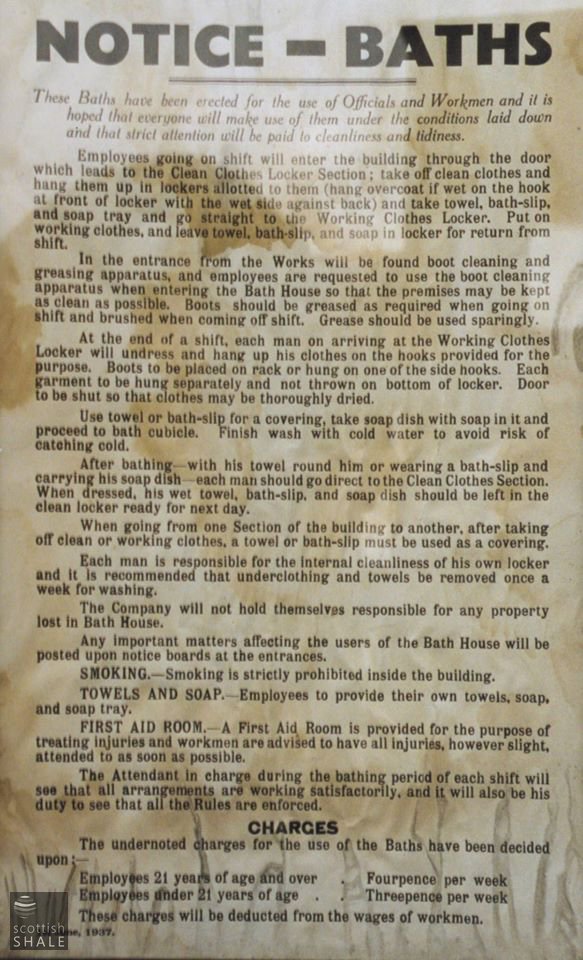 Rules of the bath
From Pumpherston works baths.