The Evangelization Society in Scotland 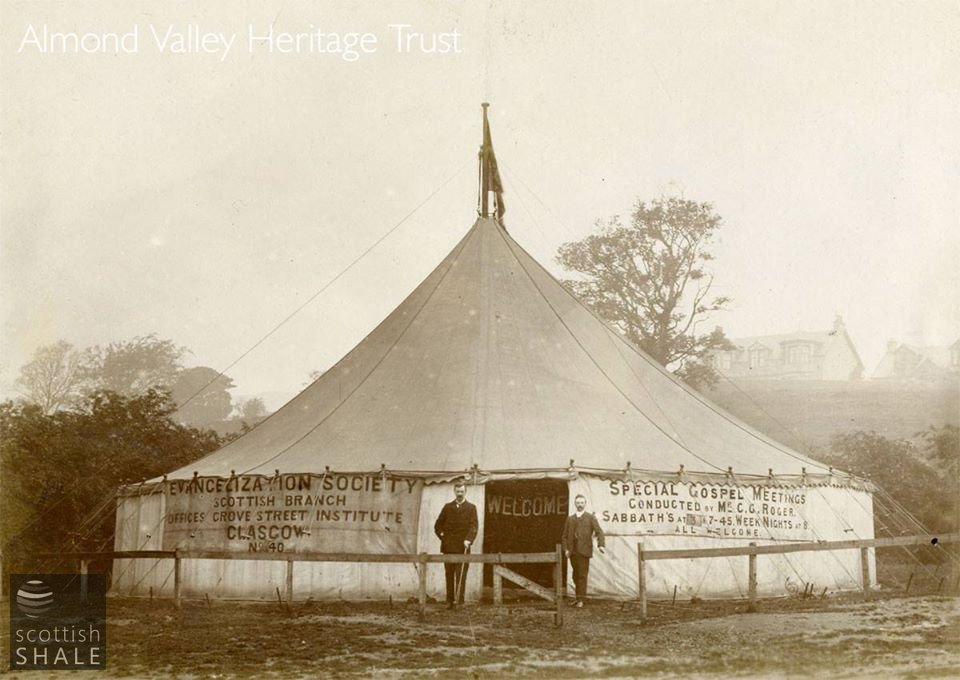 A fine tent of the Evangelization Society, which may well have toured the towns and villages of West Lothian. 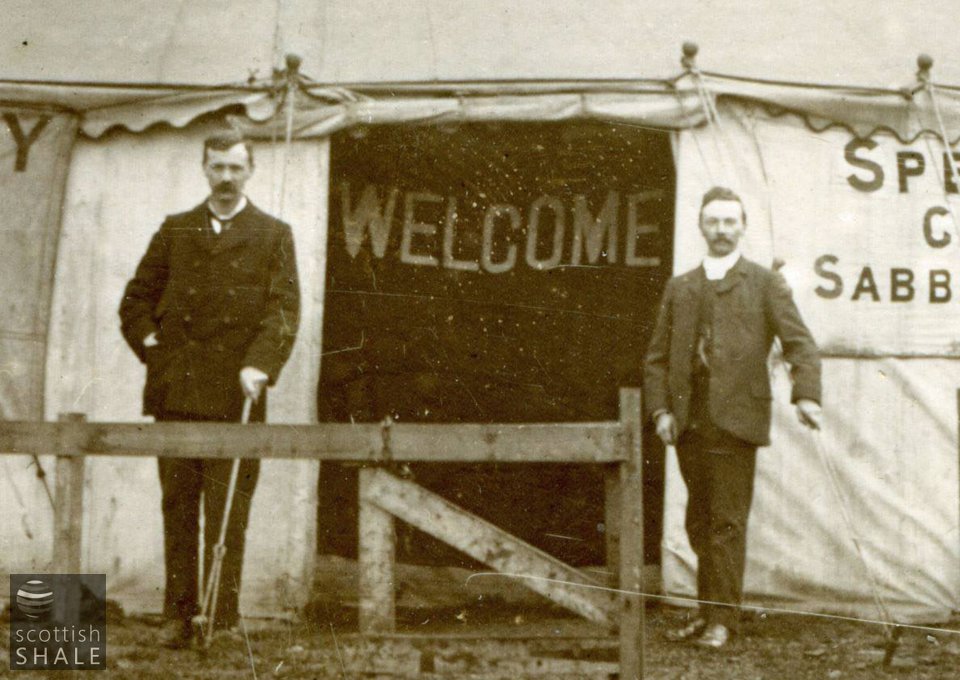 Presumably one of these fine fellows is Charles G. Roger – the tent evangelist.

Rather like the arrival of a travelling circus, the erection of a touring gospel tent often created a mood of excitement and anticipation. During the warm months of summer, a substantial bell tent would set up in park, field, or public space, where the word of the Lord would be preached twice daily on the Sabbath and on every workday evening. Gospel tents once toured many towns and villages in West Lothian. In Bathgate, tents were often set up on land beside Mill Road, while in Broxburn, a favourite site was near Easter Road, on the east side of the village. 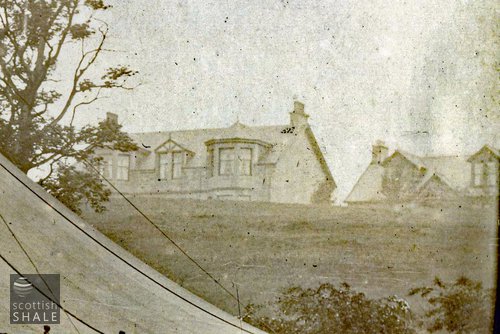 Services would be conducted by a charismatic lay-preacher, promoting a simple but compelling message of finding salvation in Jesus. Special services were often provided for children. After two or more weeks in a village, a final soiree would be held, with music and refreshments, Following this celebration, the tent would be packed up and moved on to its next destination.

Such evangelical work was non-denominational and encouraged (or at least tolerated) by established churches, as it encouraged a regular pattern of worship. The missions were not universally welcomed however; the police commissioners of Bo'ness, in refusing permission to use a public site in 1894, commented that it was curious that the town had four or five ministers, all receiving large salaries, yet they had to “import evangelists from London”.

Many gospel tents were operated by the The Evangelization Society, a London-based organisation set up in 1864. This had a strong Scottish presence and local headquarters at the Grove Street Institute in Glasgow's Cowcaddens. The society toured a number of impressive tents. The one visiting Bo'ness in 1905 was described as

“a large bell tent 40 feet in diameter with a seating capacity for fully 400. The canvas of the tent is of an extra heavy quality, thus making the interior most comfortable and perfectly water-tight. Patent portable forms are brought with the tent and when these are in position they afford excellent seating accommodation. The necessary light is provided by six powerful paraffin lights, and on an autumn evening, when the tent is lit up and a congregation gathered within its canvas walls, one cannot but be struck with the delightful, cheerful and comfortable look of this moving meeting- place.”

The period 1890 – 1910 represented a golden age for tent evangelists, however gospel tents continued to tour Scotland well into the 1950's. The Evangelization Society still exists, but now operates only to grant aid the work of individual evangelists. 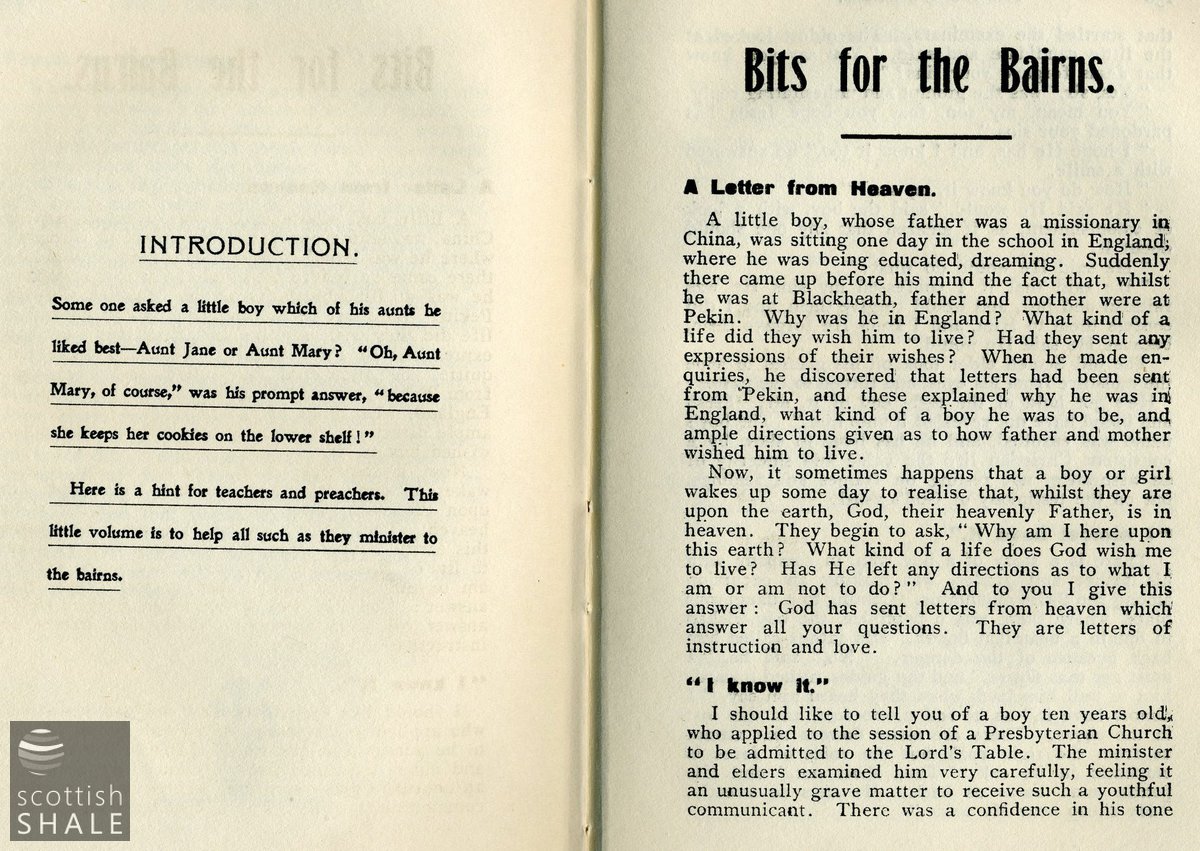 From the Evangelization Society publication “Grain from many fields and Bits for Bairns”, printed in Strathaven in 1911. 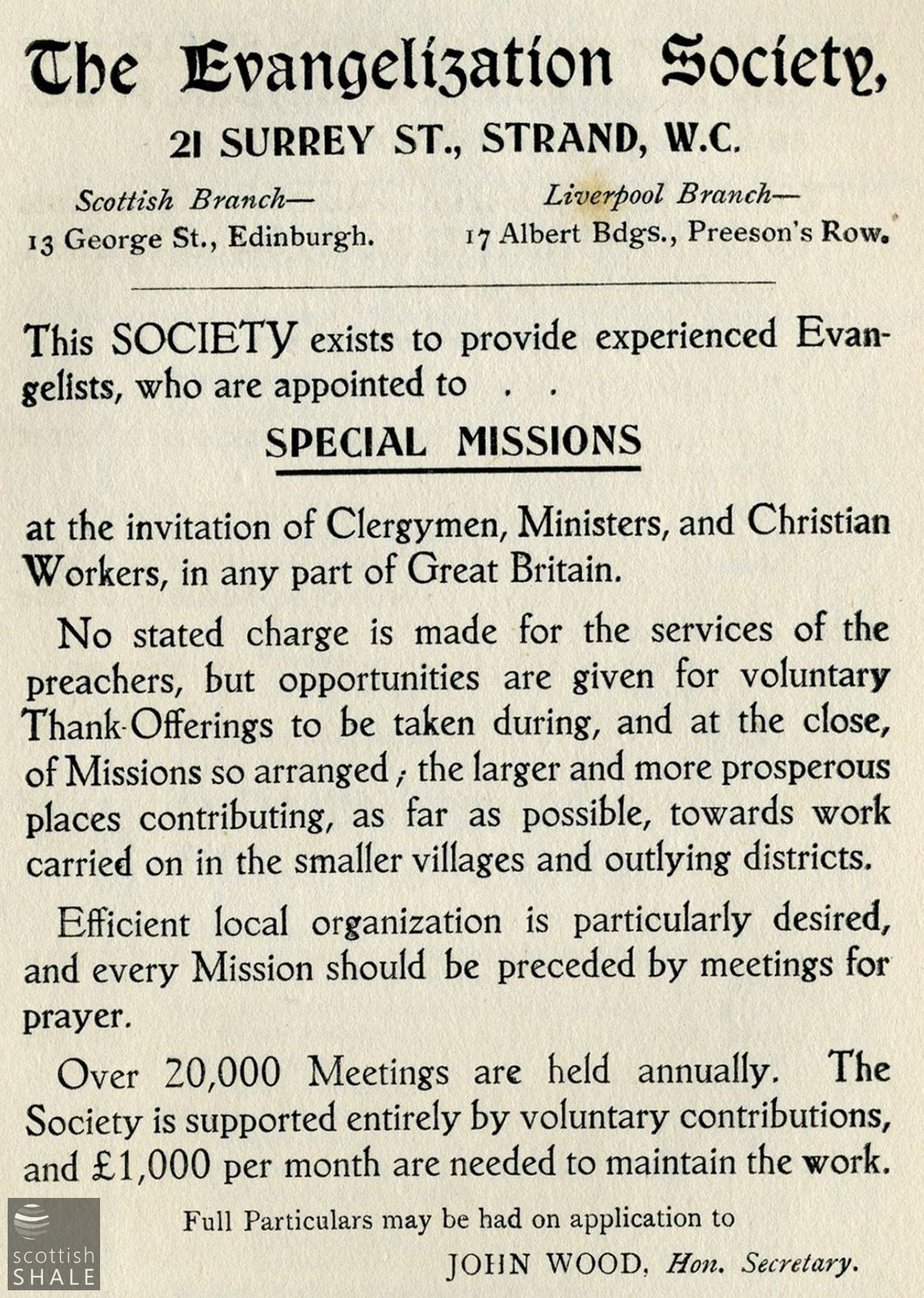 From "Bits for Bairns". 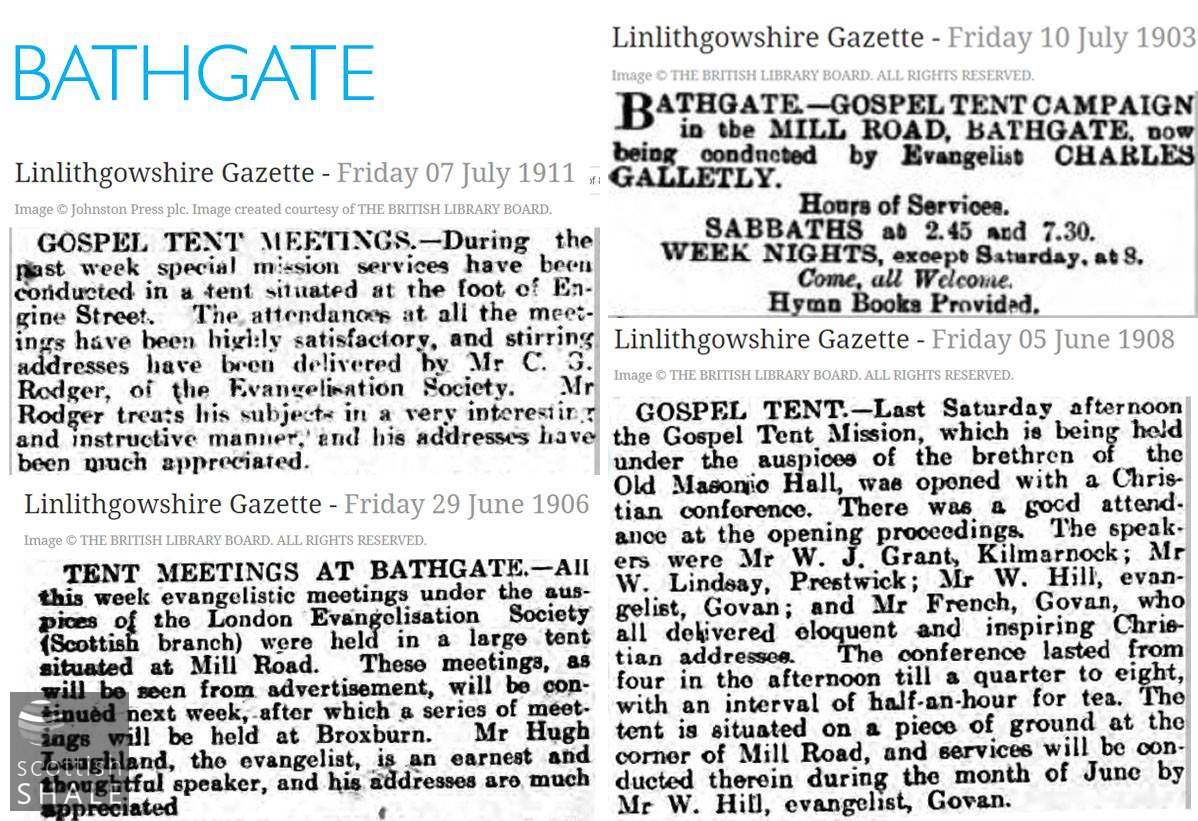 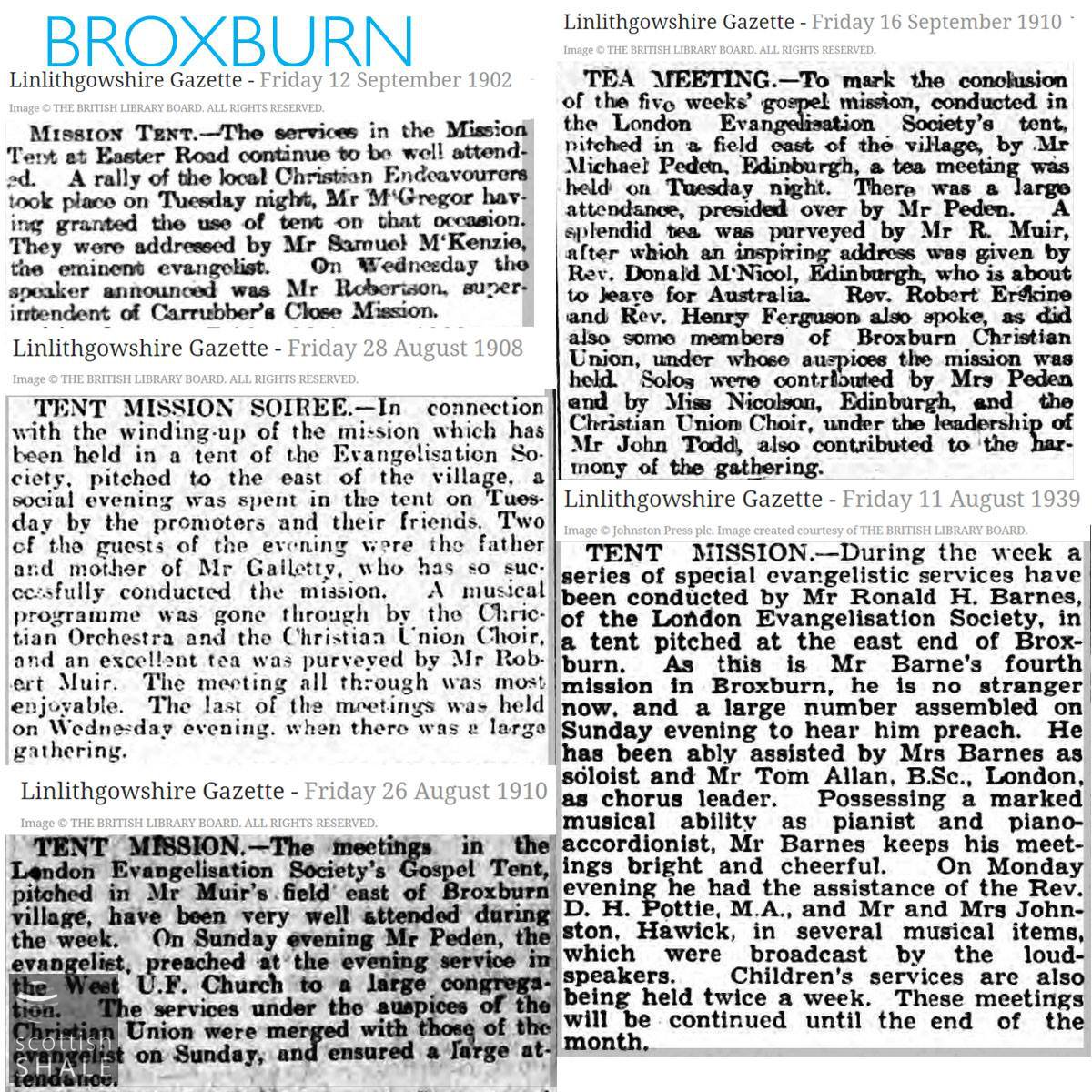 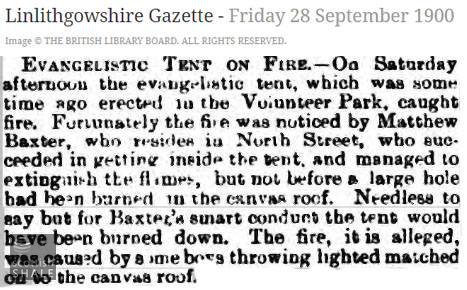