Some ironstone pits in Armadale

How do you delete an image that you've inadvertently linked twice?

Bing of Cappers No.1 pit, with equestrian jumps on the site of the pithead.

At Cappers, just south of the site of the old Armadale station, humps and hollows in the landscape survive as a reminder of Armadale’s age of ironstone. During the early 1850’s a number of Lanarkshire ironmasters looked eastwards to supply their furnaces and found rich ironstone alongside the seams of coal and cannel in the Armadale area. The ironstone was burned with coal in open heaps prior to transport, filling the air with its sulphurous stench.

Cappers No.1 and 2 pits were worked by the Shotts Iron Company and produced cannel, rough coal and ironstone from a seam about three and half feet thick. The workings were shallow; No.1 pit being 24 fathoms (43m), and No.2 pit 35 fathoms (63m) below the surface. The first edition ordnance survey map of about 1854 shows the detail arrangement of boilers, chimneys and weighing machines around the pitheads, and various lines of primitive tramway linking the pits to the road and from there to the newly constructed railway to Bathgate.

By the time of the 1893 OS map, little trace remained of No.2 pit, but No.1 continued in production, linked to a siding at Armadale station by a haulage-way. Although Cappers No.1 finally closed in 1906, much of the outline of the pithead and bing areas can still be traced among the bog, heather and rough grazing. 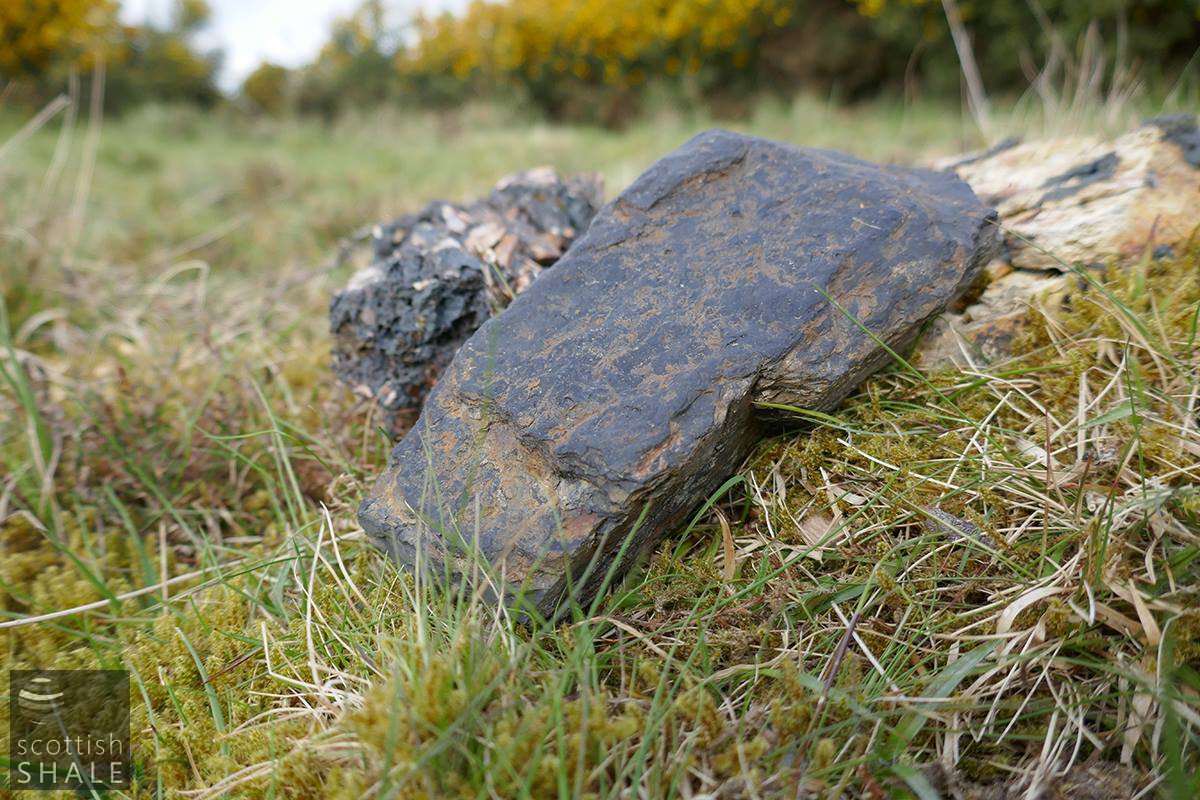 A worn piece of cannel coal, with fossil impression, picked up on site, along with lumps of clinker. 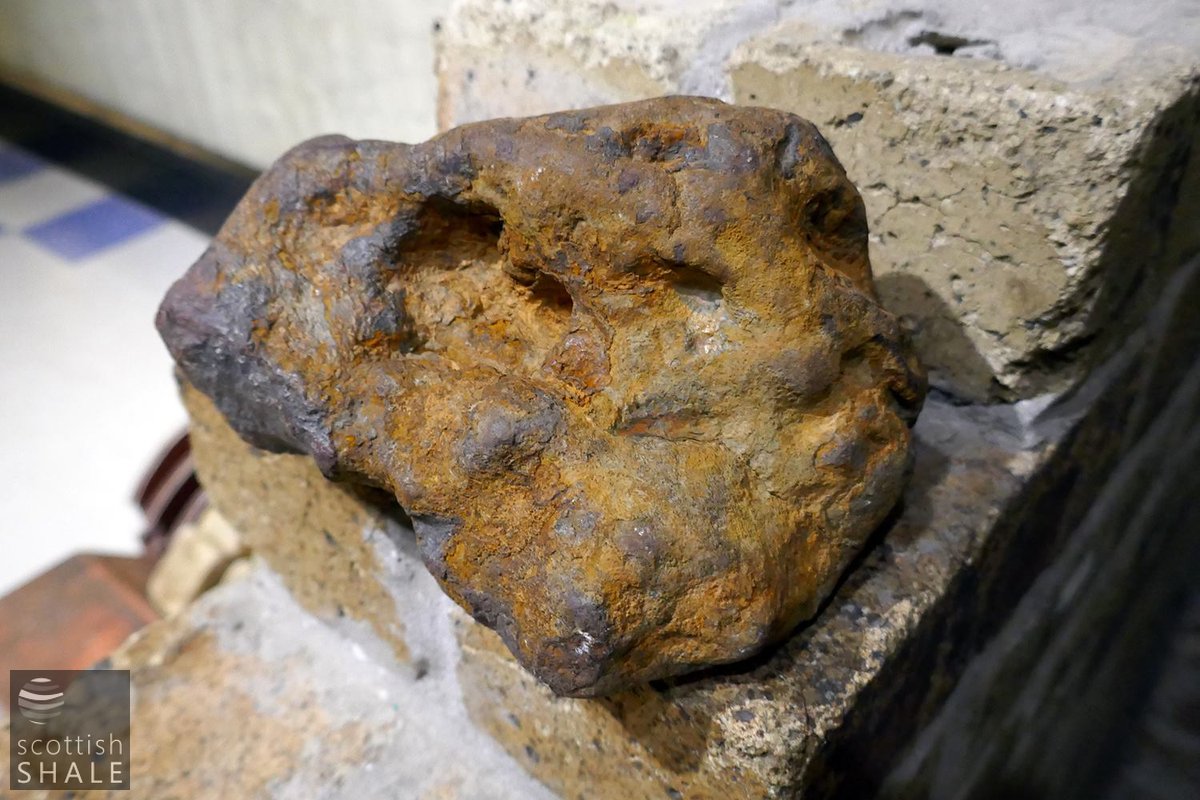 An ironstone nodule, collected a few years ago from opencast workings south of Etna brickworks a little to the east of Cappers.

The changing layout at Cappers. 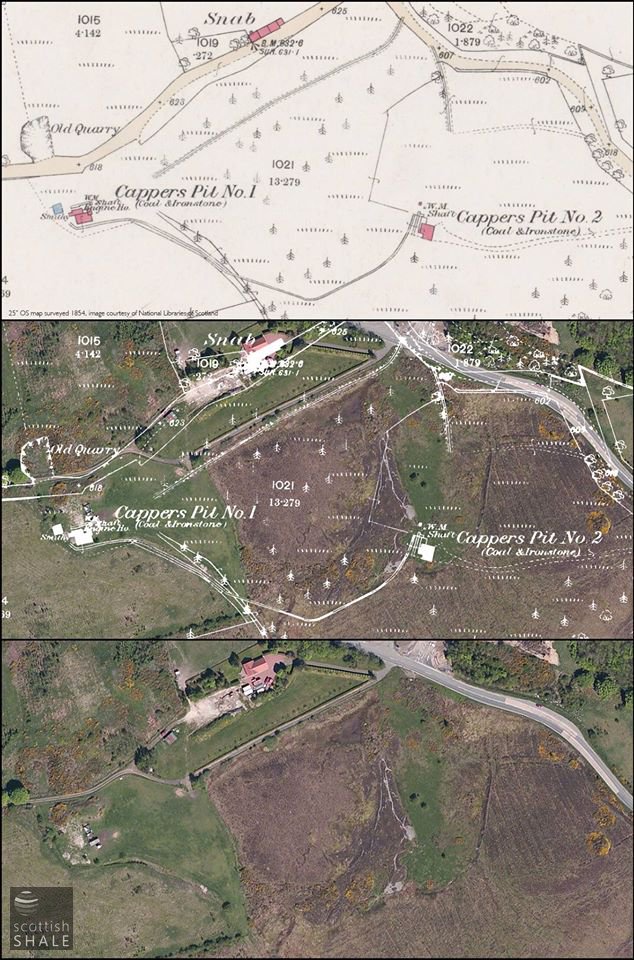 Many of the features of the 1850's map can still be traced in the landscape.