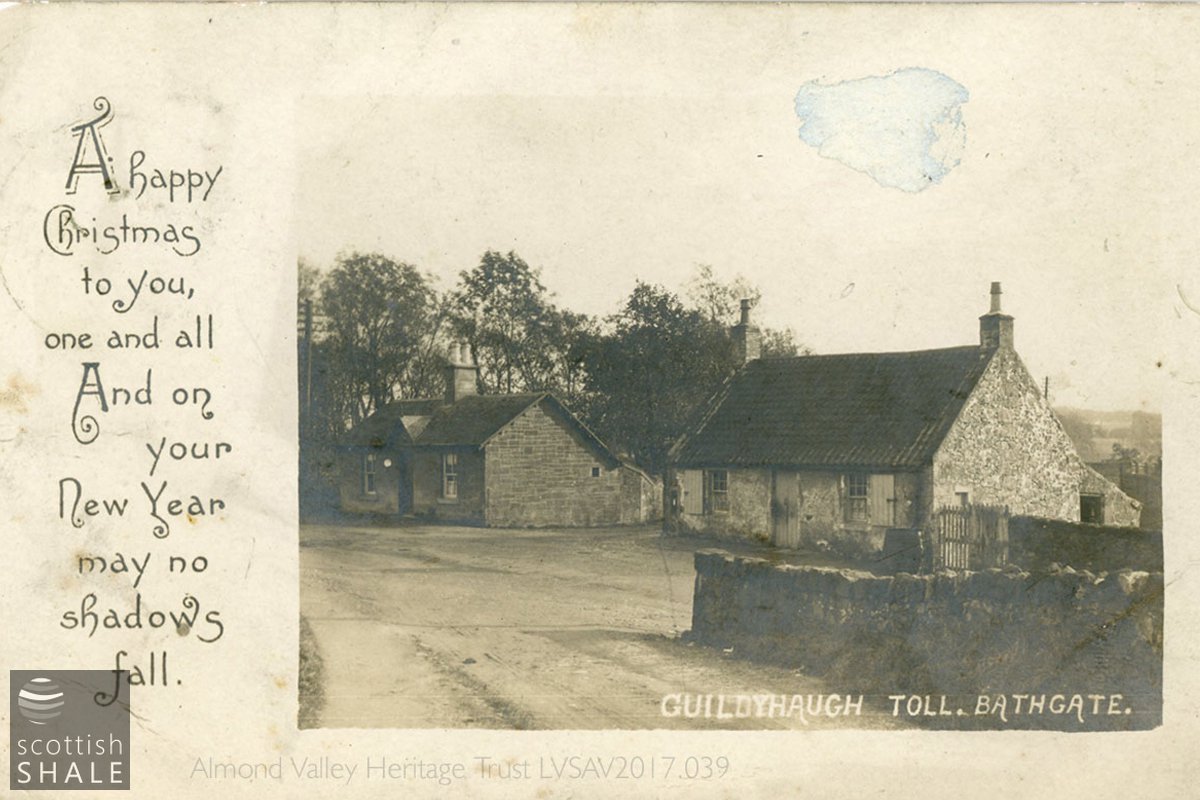 Christmas and new year greetings from 1903. The card was most likely produced by Livingston photographer, Robert Braid. 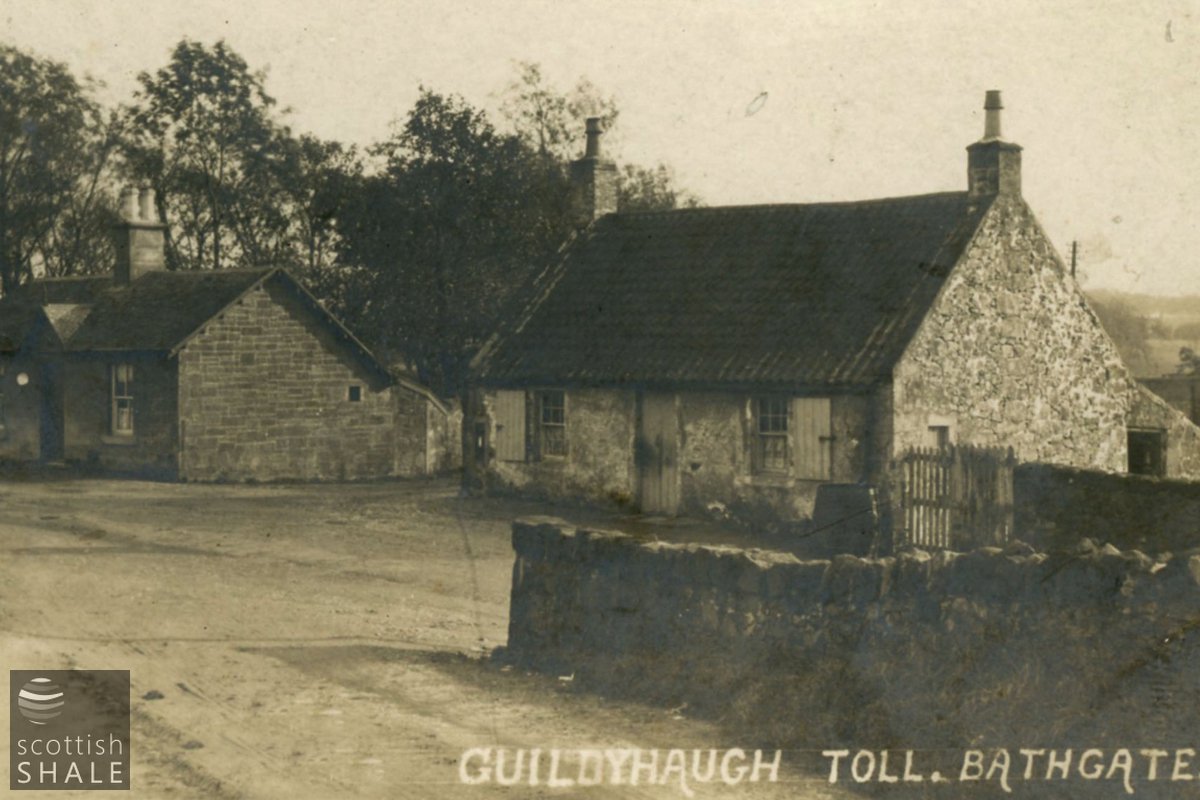 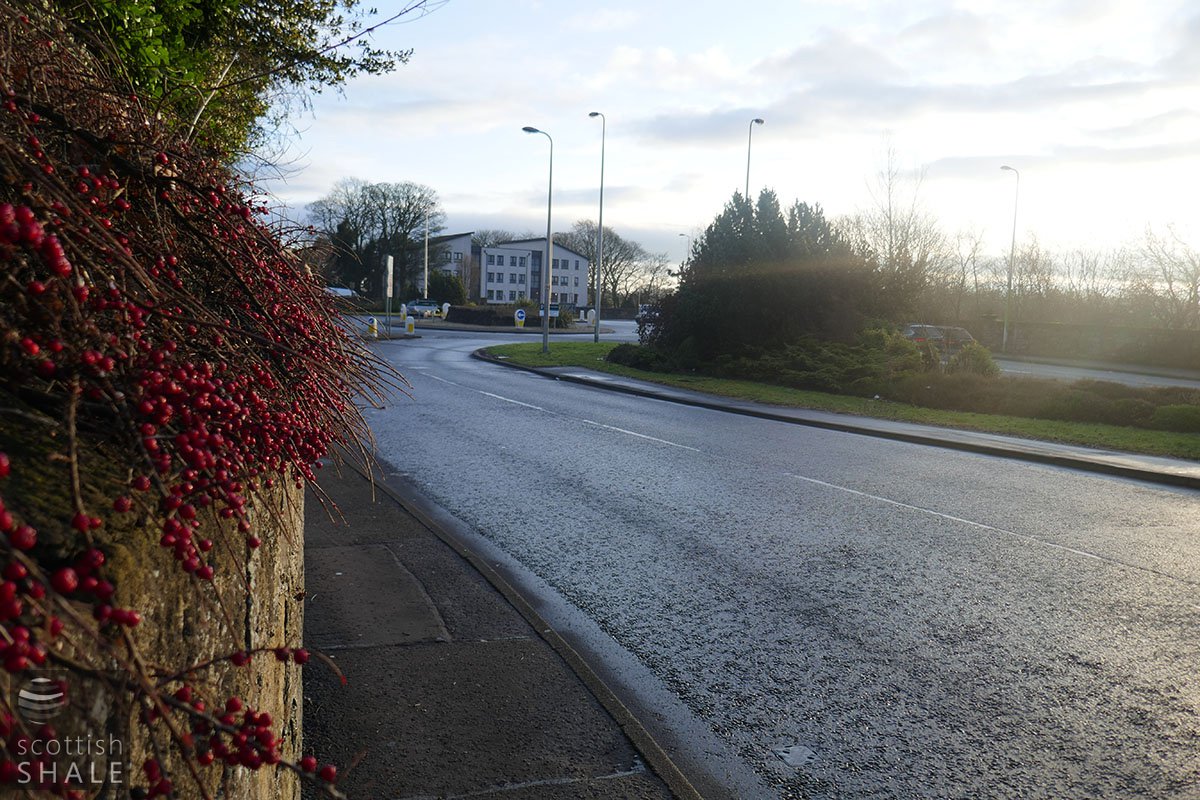 The view today, with the sun low in the sky. The trees and shrubs in the centre of the image mark the site of Guildyhaugh toll.

This battered old postcard provides an excellent way of sharing the same timeless sentiments with everyone who has enjoyed and contributed to this page over the last year. “A happy Christmas to you, one and all…. and on your New Year may no shadows fall.”

The card is postmarked Bathgate, 5pm. 24th December 1903. At a time before Christmas was a public holiday, it would be expected that the sender’s friend in Dumbarton would receive these greetings the next morning.

Guildyhaugh (or Guildiehaugh) Toll lay on the Edinburgh to Glasgow turnpike road, a little to the east of Bathgate. The road to Blackburn passed between the two buildings seen in the picture, while the photographer seems to have been standing in the centre of Kirk Road, which led to Bathgate Academy and roads to the north. The old toll house, with pantiled roof, post box and water barrel, was probably built for the opening of the turnpike road in the 1760’s, and continued to serve its purpose until the abolition of tolls in about 1878.

At each toll bar, strong white-painted gates stretched cross the turnpike road, requiring tolls to be paid before vehicles or livestock were permitted to pass. Although many complained that this was an encumbrance to trade, toll bars became a focus for social activities by both travellers and local residents. This was helped by the fact that many toll houses held a liquor licence. The Linlithgowshire hunt regularly started their excursions from the toll, and it was said that Bathgate’s weavers and shoemakers would often congregate to enjoy the hospitality of the toll house, well away from the attentions of their wives.

Henry Pollock was the last toll-keeper at Guildyhaugh. Henry, his wife Jane, and three of their children, are recorded in the 1871 census as residents of the toll house. Ten years previously, the family had been recorded as living at Stonerigg farm, where Henry had been employed as a ploughman. The toll-keeper’s duties seem to have included a great deal of manual labour in the never-ending job of repairing road surfaces. When tolls were abolished, and the County Council took over responsibilities for the road, Henry continued as a Council roadsman and was permitted to stay in the toll-house. When well into his eighties, he was judged too frail for these duties and was awarded a pension of 12 shillings a week. The old couple lived alone in the toll house, keeping themselves to themselves.

In January 1904 (just a few weeks after our postcard was sent) it was reported that a visitor called at the toll-house and “found the old toll-keeper sitting in a chair, dead, at one side of the fire, while opposite her dead husband sat the wife; a raving lunatic”. The newspaper article also reported reassuringly that “the afflicted woman was removed to the asylum”. It seems that Jane overcame her grief and was eventually released from the institution, as her death at Guildyhaugh toll was reported in the same newspaper just two months later. Henry died at the age of 89, Jane was 82

In 1910, the old toll house was swept away to allow the widening of the Edinburgh Road. 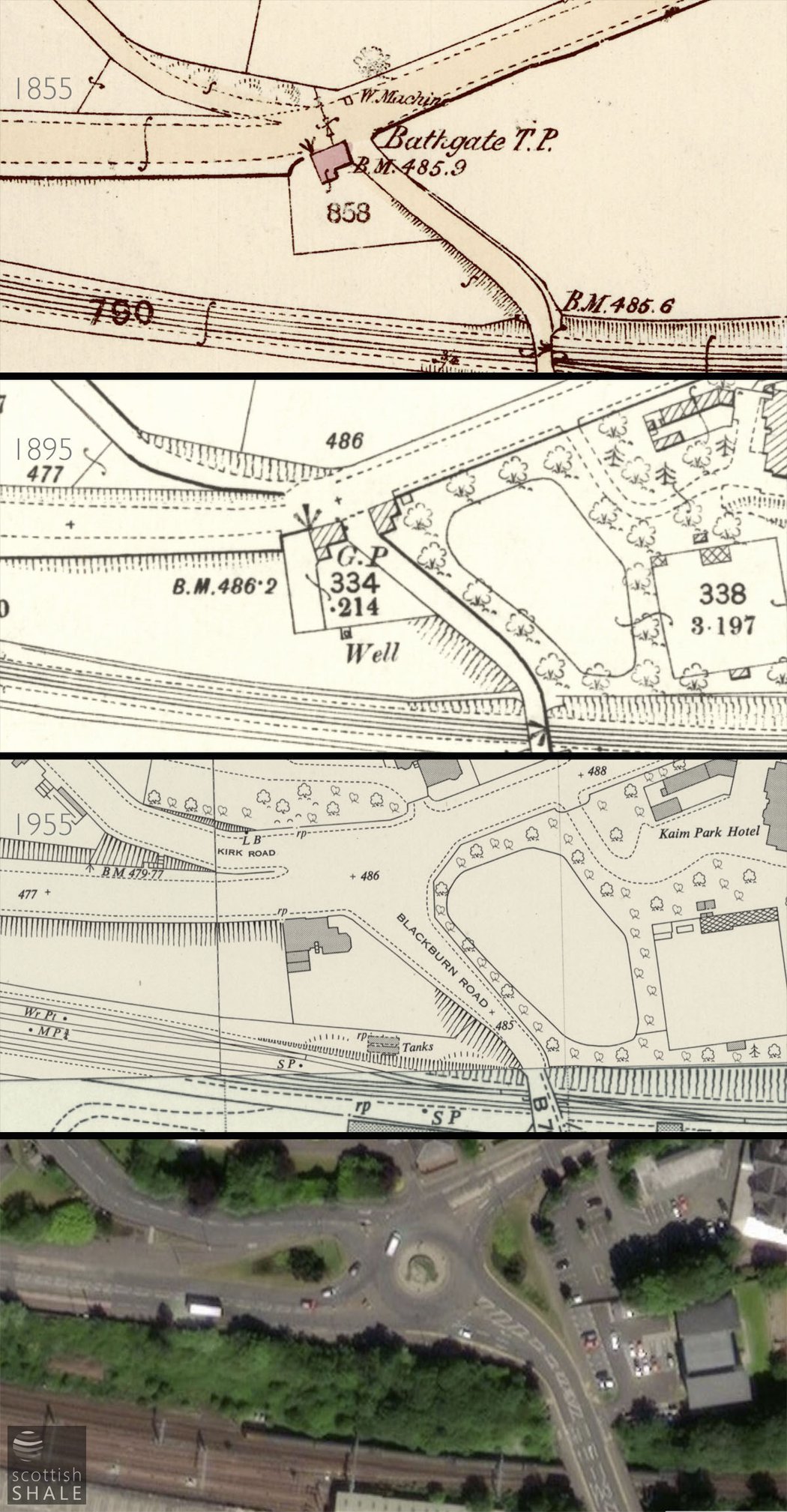