Ironstone and sandstone mining at Levenseat 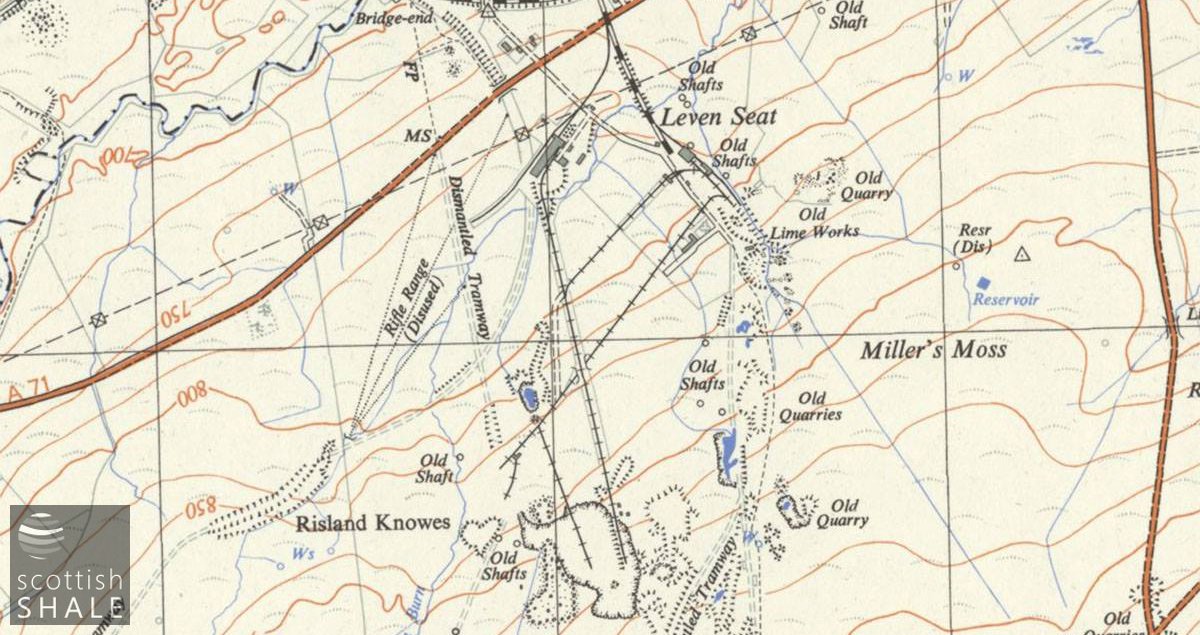 The hills that lie to the south of the village of Fauldhouse bear the marks of over two hundred years of industry. The slopes of Levenseat hill are embossed with quarries, waste tips, and the route of tramways that record the working of a high quality limestone. Mine entrances (most now collapsed), sink-holes, and other areas of disturbance provide evidence of the network of tunnels that lie beneath the hills. A mile to the west, the lands of Muldron and the Gladsmuir hills are peppered with the waste-tips of ironstone mines, and the traces of tramways and railways that once carried away their produce. 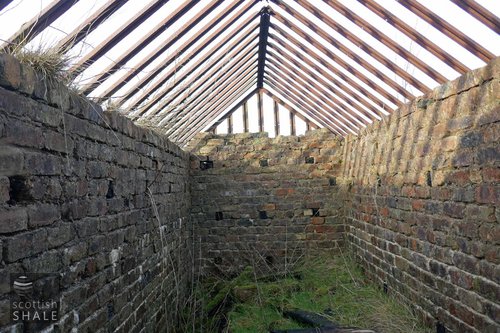 Between these two areas lie quarries, roads, a washery and much other evidence of the continuing extraction of the soft silica-rich sandstone.

It's hard to untangle the complex landscape of bumps and hollows that reflect overlapping patterns of mineral extraction over a long period of history, and little evidence survives of the homes and shops of a thriving community that once existed on this wet hillside to serve these industries. The landscape continues to be re-shaped with haulage roads, storage heaps, settling ponds and the other necessities of modern quarrying. Old quarry areas have also been re-modelled as a secluded base for waste recycling, and this busy landscape further embellished by a productive crop of wind turbines and a web of service roads.

After about a hundred years of activity, ironstone mining and most working of limestone came to an end during first decade of the 20th century. It seems that at about that time, J.&T. Thornton, proprietors of the Levenseat limeworks (and part of a dynasty of coal and oil-masters), began quarrying the sandstone to produce silver sand. An account of 1918 reported that several quarries were then in operation, working a 30 foot seam of sandstone that lay just below the surface of the moor. This soft stone was easily crushed down into a fine silver sand, composed mainly of silica. Many glassworks in the east of Scotland used the Levenseat sand for production of green glass bottles. The sand was also well suited for production of refractory bricks and cement, especially those used in the lining of acid steel furnaces. 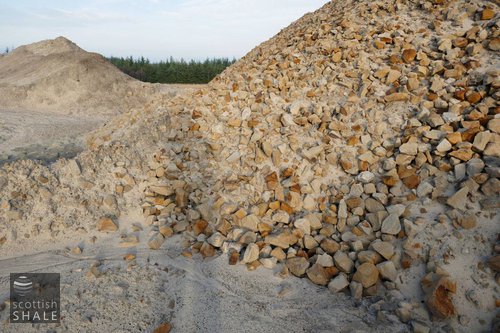 The works were acquired in 1935 by the Sheffield-based General Refractories Ltd, who constructed a new sand washing plant and fully modernised operations. An inclined railway was built to link the quarry and the washing plant, and a more level line constructed crossing this route; running west from the LMS railway sidings to a quarry and a mine – perhaps working fireclay, This 2' 0” gauge railway was operated by small diesel locomotives, and continued until about 1963.

The route of this narrow-gauge railway provides one of the clearest set of remains in the landscape, with various tumble down structures and cut-off lengths of steelwork surviving around the mine site at its western terminus. It seems that the mine remained in operation well into the 1960's, after the railway had been dismantled.

After more than a century of production, the exceptional qualities of Levenseat sand continue to be valued. Nowadays much of the silica sand produced by Aggregate Industries fill the bunkers of golf courses, or add body to specialist top dressings used on sports grounds, stadia, and football pitches. It's good to think that a little bit of West Lothian plays such a useful role in so many major sporting events !

Above left: Inside the explosives store. 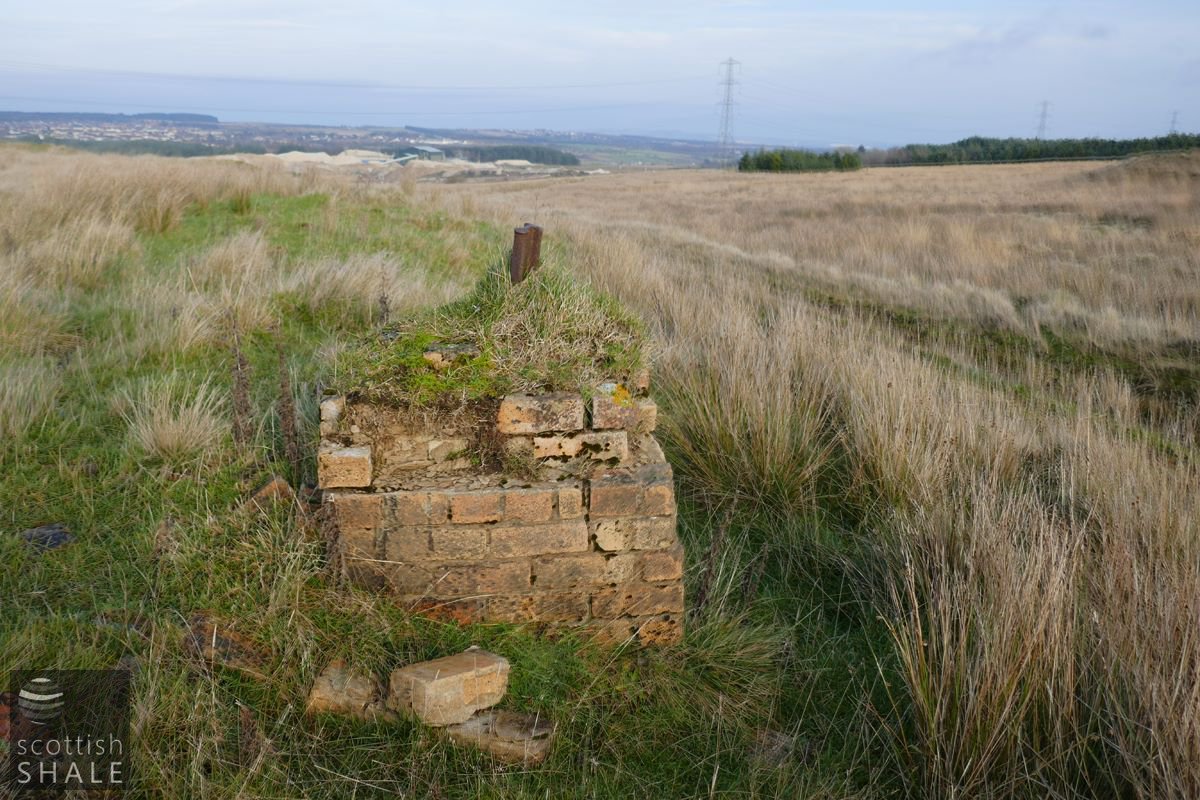 Structure, with protruding rail, beside the route of the narrow-gauge railway, looking east towards the washing plant. 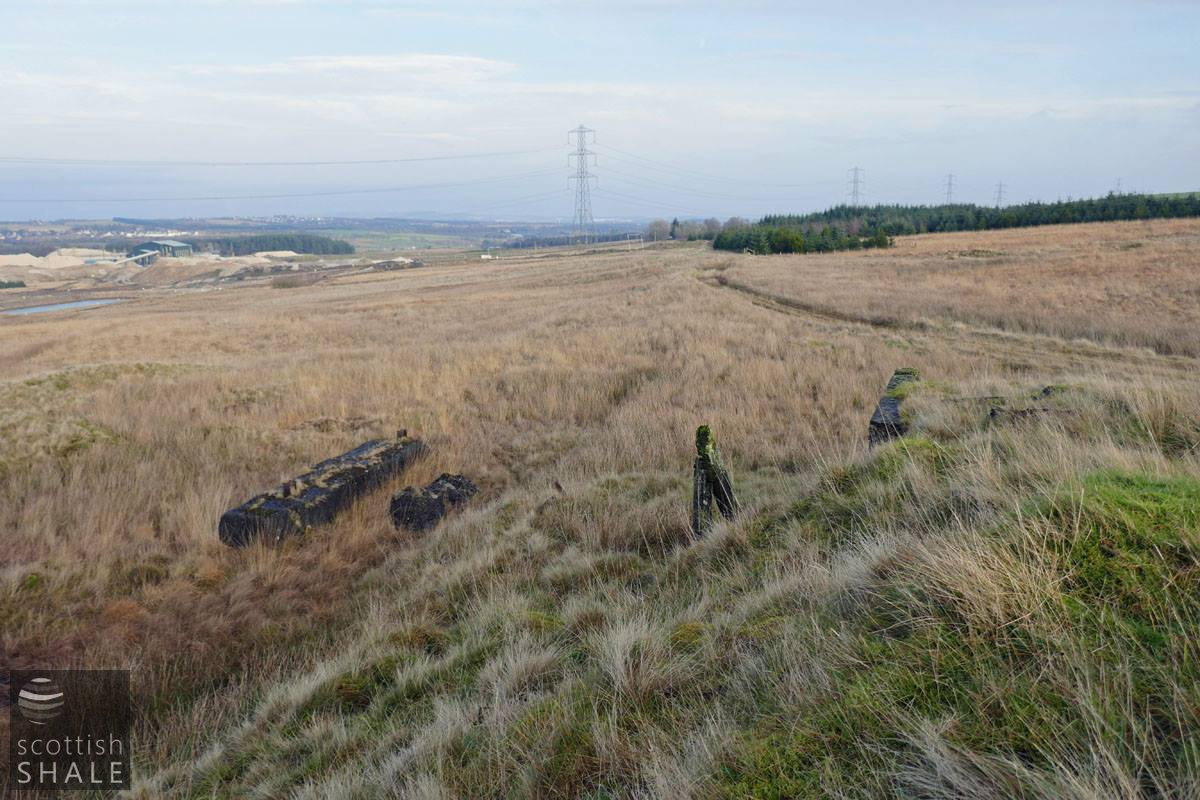 Remains of surface structures at the fireclay? mine, looking east. 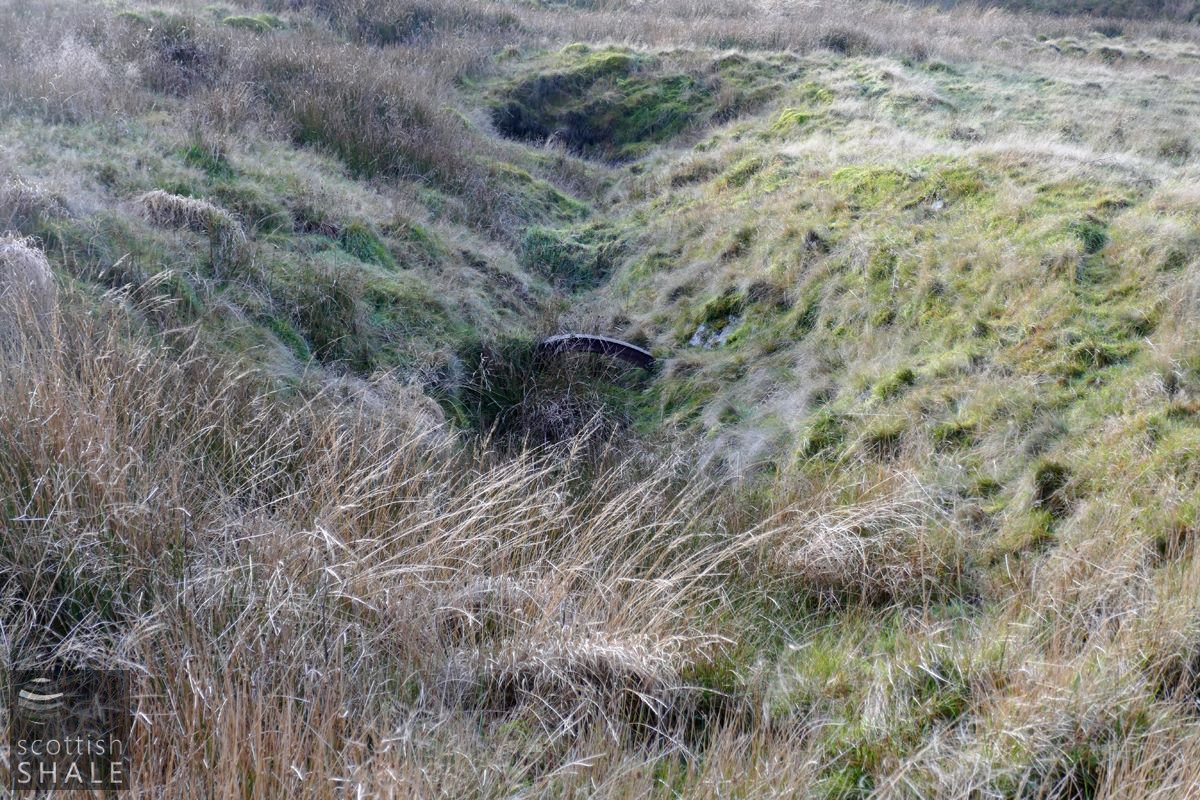 Collapsed entrance to the fireclay? mine
with steel arch roof support. 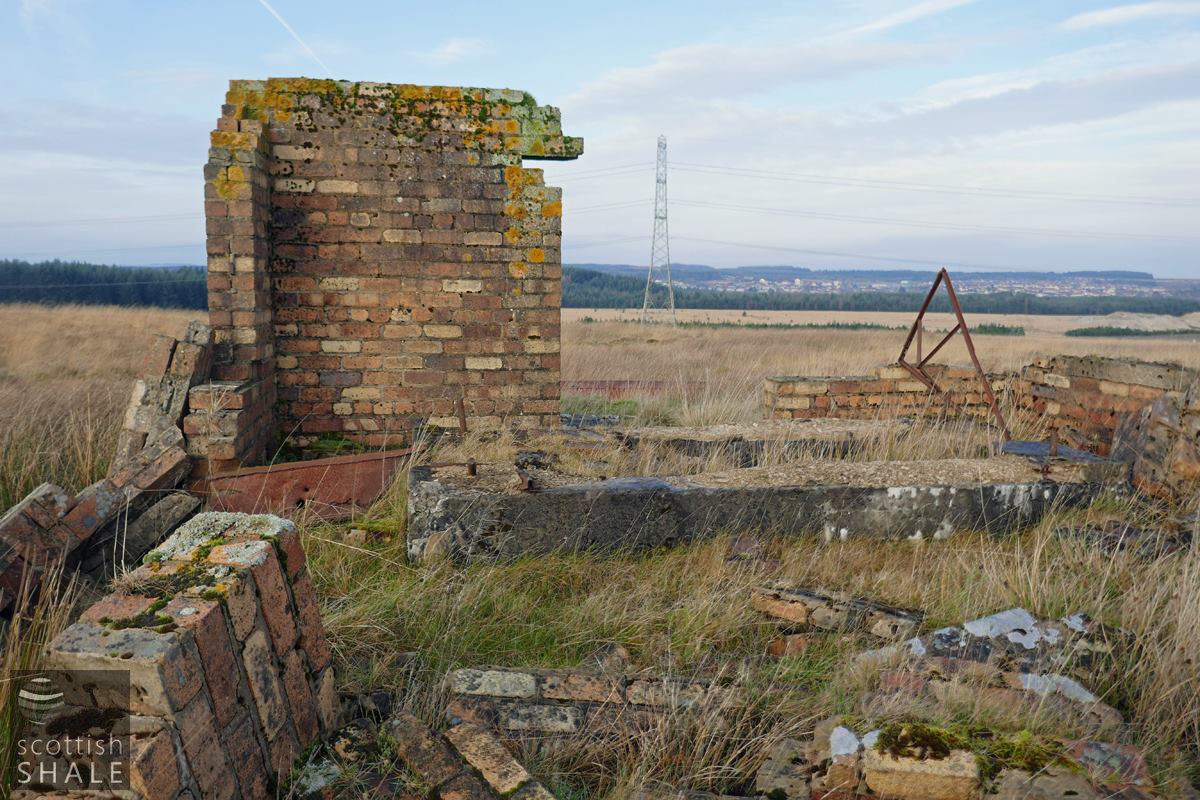 Engine house? at the fireclay? mine. 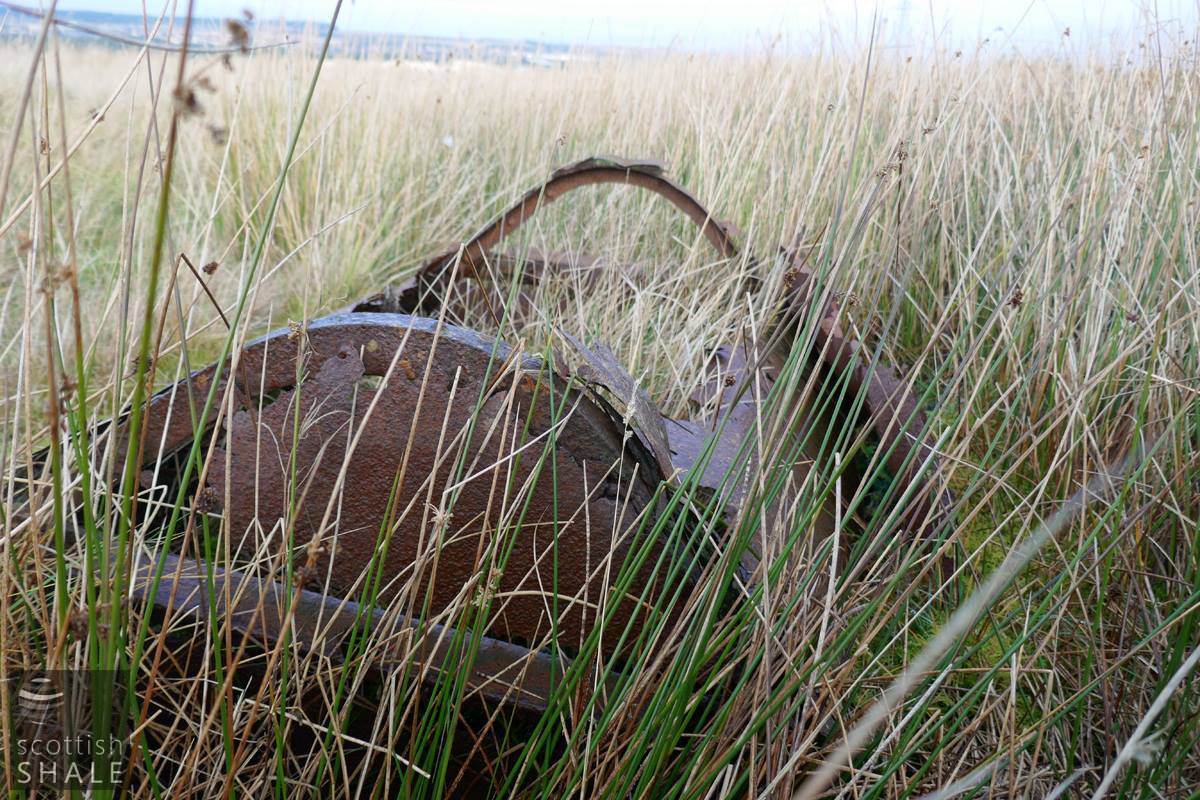 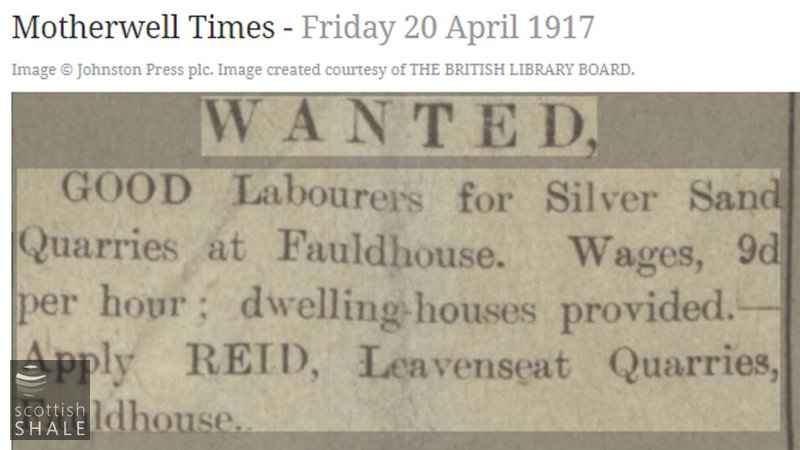 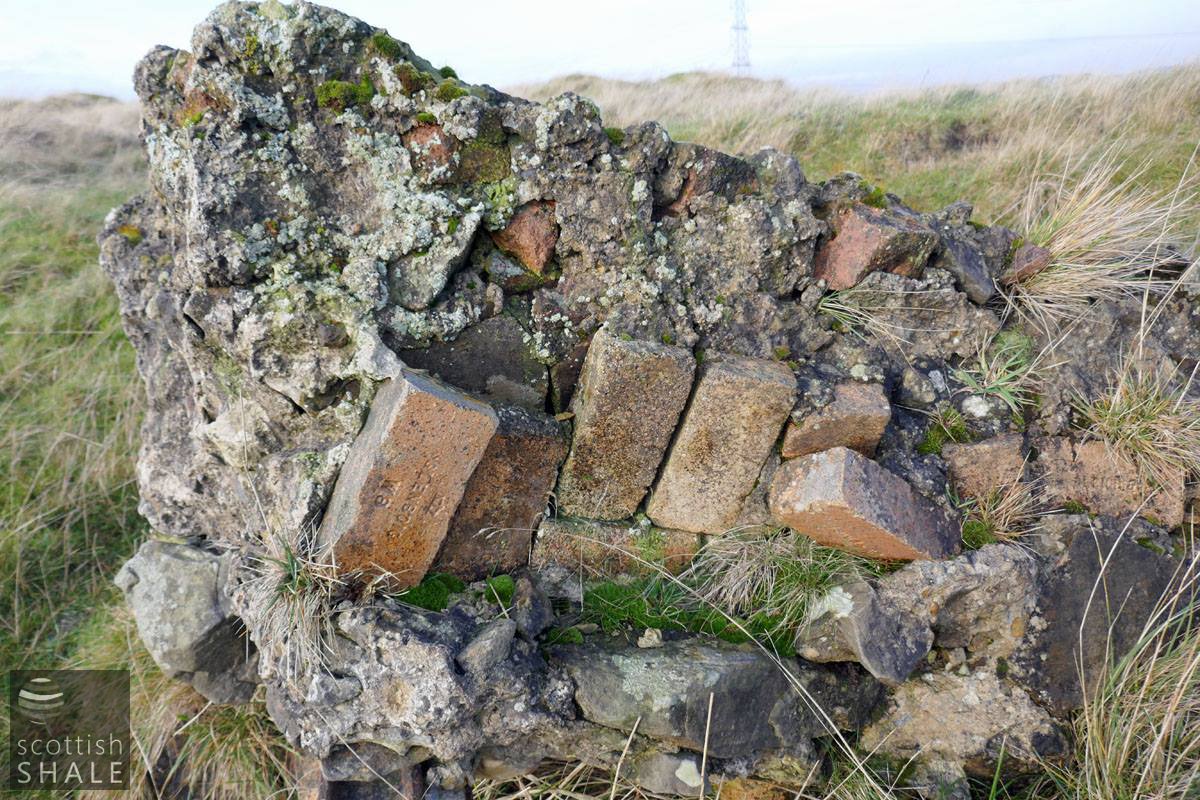 Masonry at the fireclay? mine site
The old firebricks incorporated into the lump of concrete are stamped "Glenboig"; The Glenboig Union Fireclay Company was the subsiduary of General Refractories that operated Levenseat. 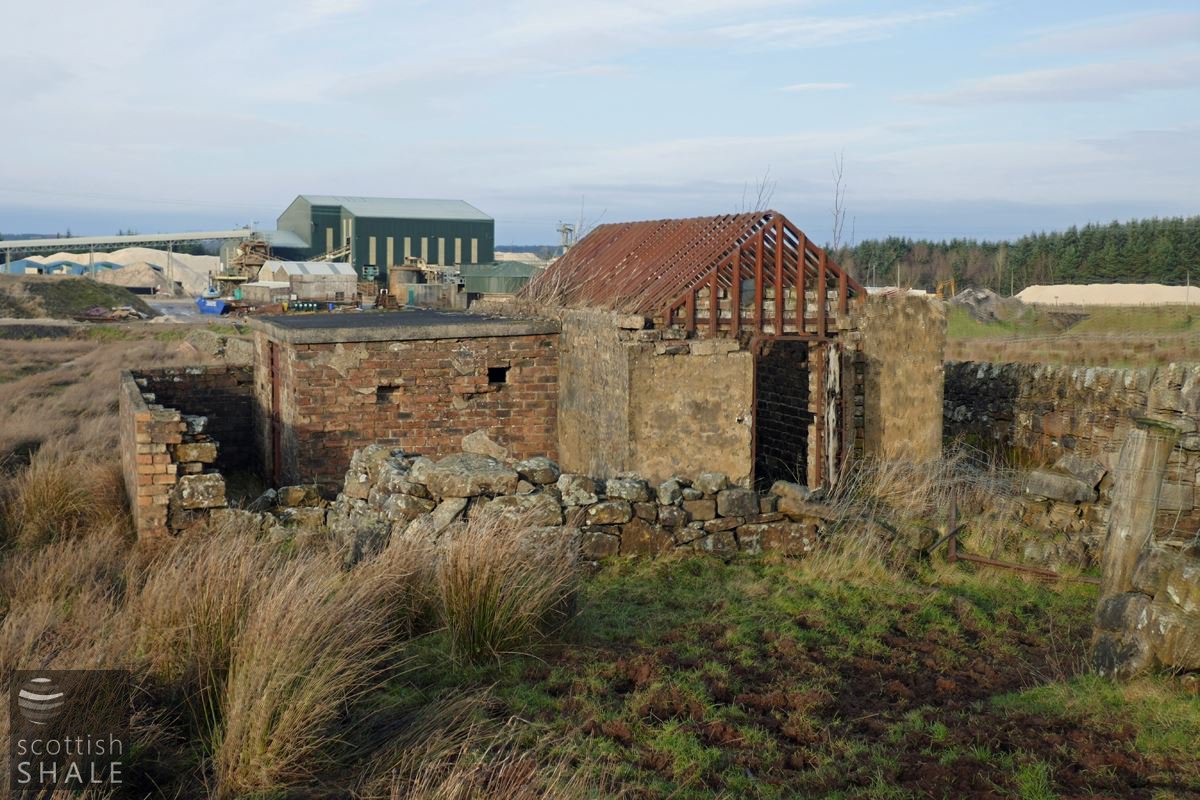 Remains of an explosives magazine, with the works behind. The older part of the structure is shown on the 1895 OS map and seems to have survived from the limestone mining era. 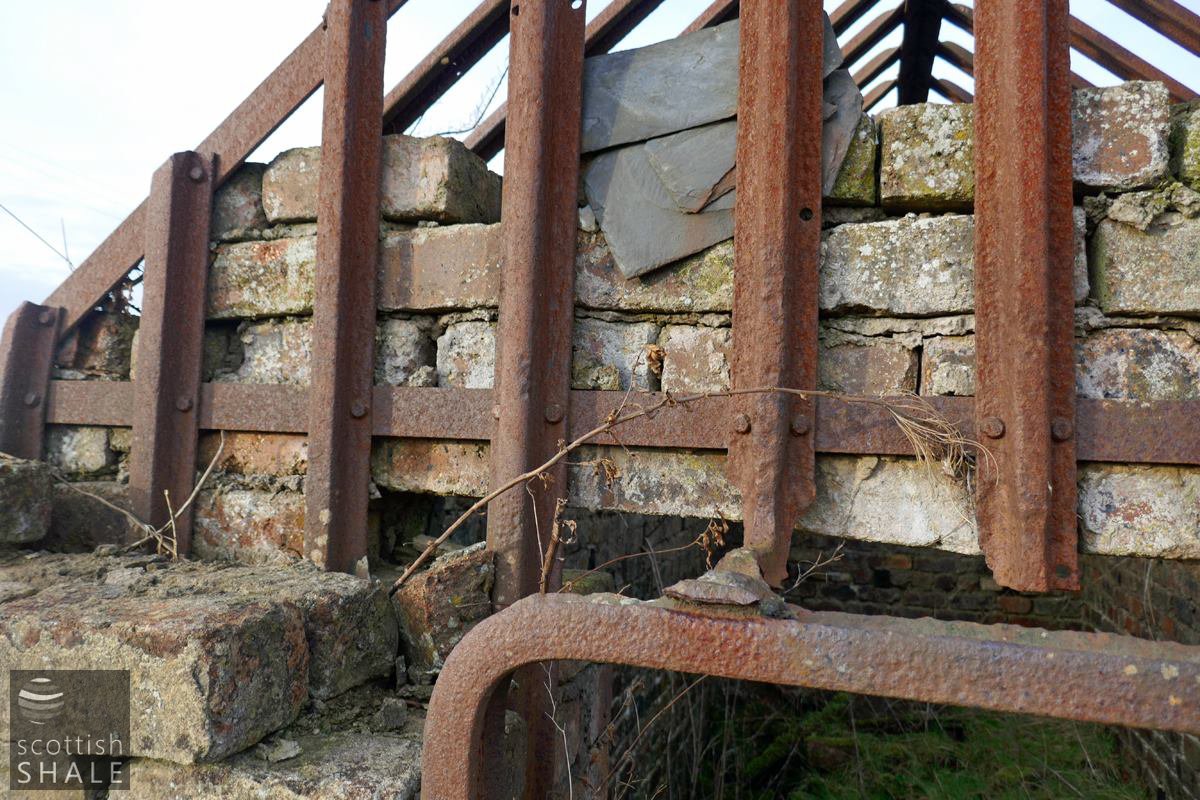 Steel bridge rails were used for construction of the secure steel cage which would have prevented illicit entry through the roof. 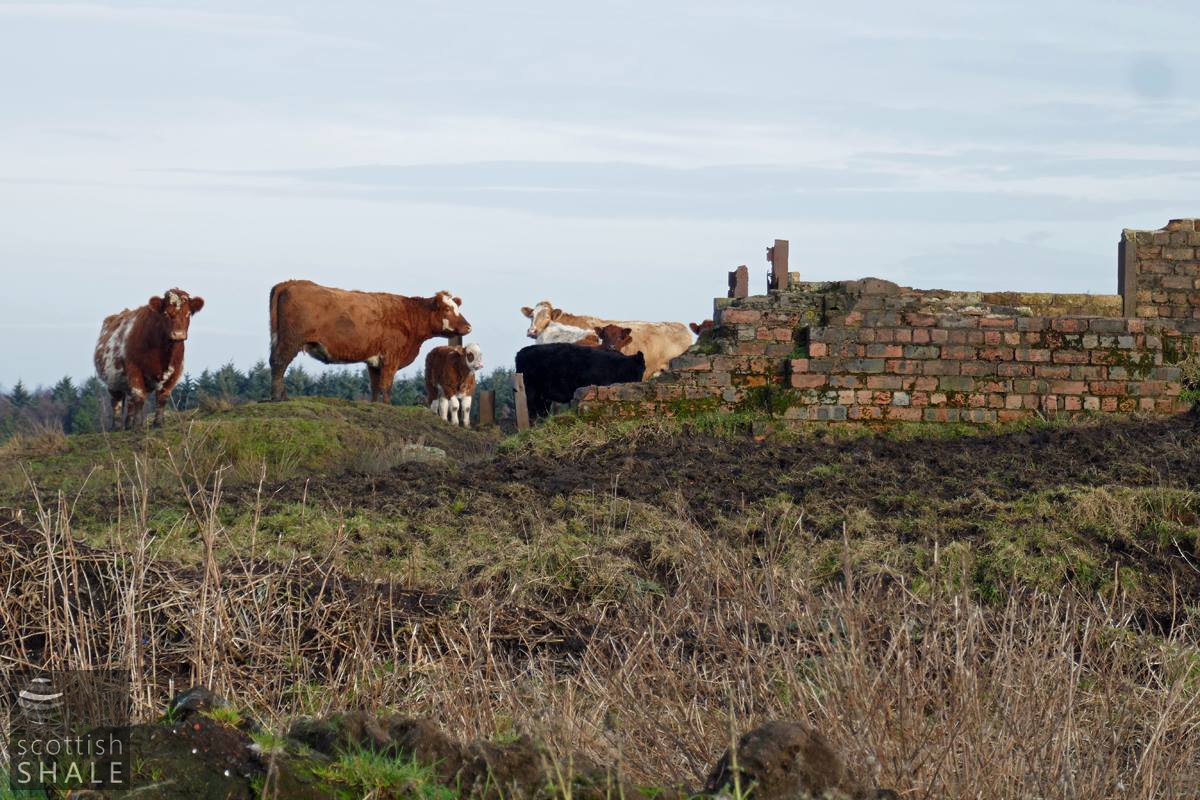 Present day residents and ruins at the eastern terminus of the railway. 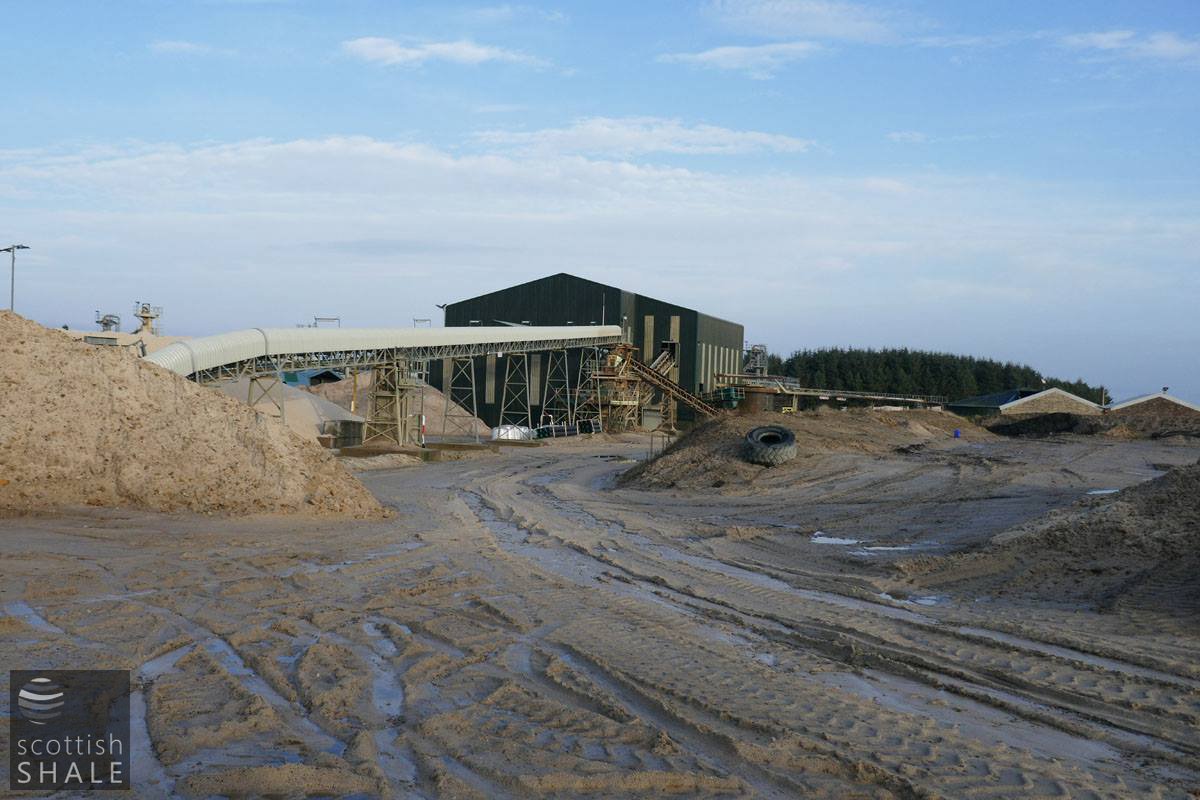 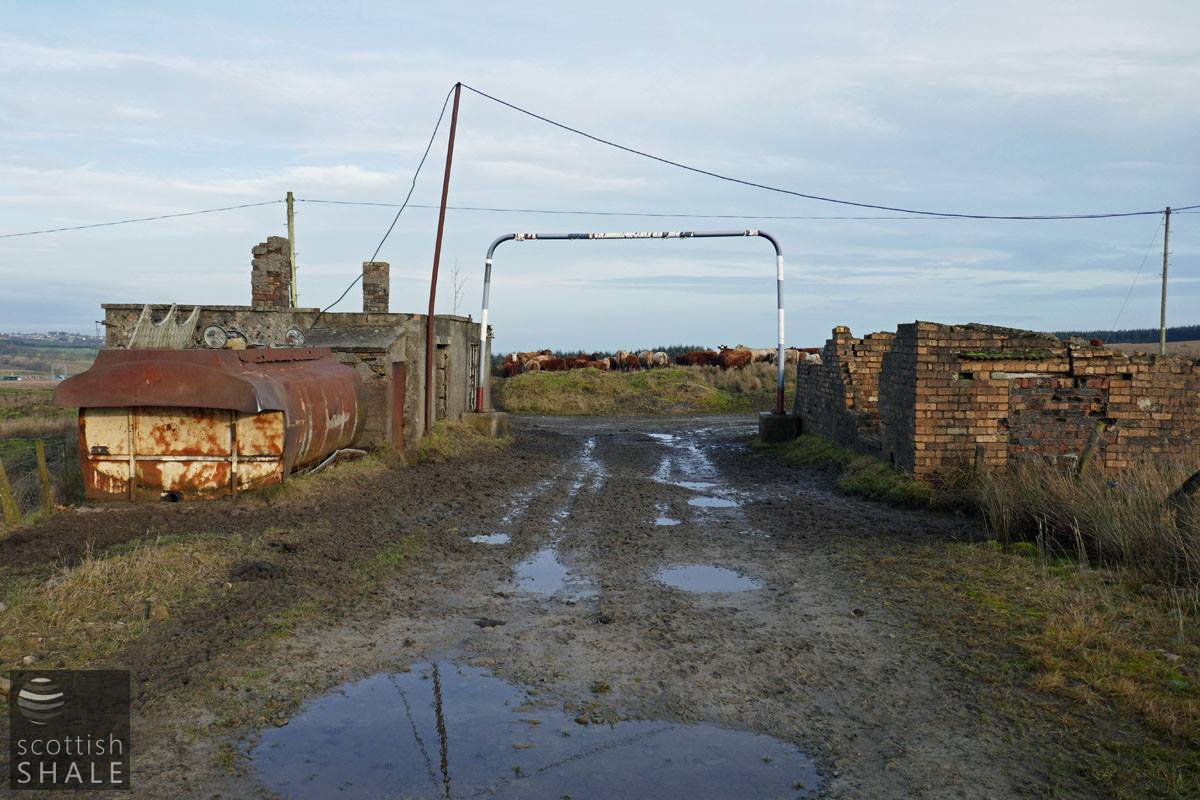 Ruined buildings (from the 1930's?) at the eastern end of the line.