Housing conditions in the Bridgehouse rows.

Remains of the outbuilding at the rear of the old Brighouse rows.

In the late 1880's a new colliery was established at Bridgehouse in a green and rural part of Torphichen parish about a mile to the north of Armadale. Housing was at a premium in this agricultural area and the colliery proprietors, the Lanrigg Coal Company, were forced to hurriedly construct housing to accommodate some of their workforce.

Two rows of houses, each with six two-room homes, were built in a dank hollow on the west side of the road to Armadale. Every expense seems to have been spared in their construction, including the fitting of flat felted roofs in place of the usual ridge clad in tile or slate. Tenants were moved into the properties before they were fully completed and it seems that the homes were never fully watertight. Within two years of their construction in 1890, ceilings were black with mould, rain entered around chimney openings and many homes were adorned with pails and basins to catch the drips of water. In a court case between the coal company and the building contractor, it was explained that the flat roofs had been simply constructed of boards clad in overlapping layers of felt, coated with a layer of tar from the local gas works. This surface had a tendency to crack if walked upon, and the rhones were insufficient to carry rainwater away. When it was revealed that the houses had been constructed at a cost of only £300, the sheriff questioned whether it could ever be practical to build decent homes for just £25 each. 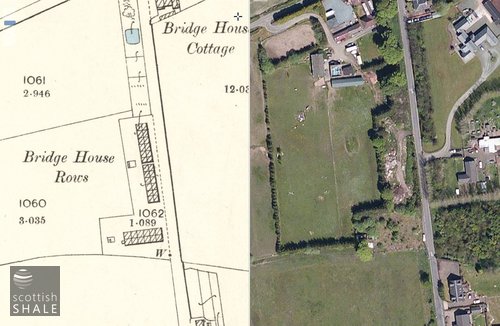 In a separate court case in 1892, the sanitary inspector took action against the coal company. He had previously reported to the Council that “the people prefer to drink from the ditches to going a long distance for a somewhat purer supply. The water of these ditches at the times of my visits was fouled in the most disgusting way it could be – by human excreta. The privies, of which there was only one for each 33 inhabitants, were filthy, broken-down brick structures connected with open ashpits.

The Bridgehouse pit seems not to have been a success and was abandoned in 1892. The pithead plant and the houses were put up for auction the following year. The Bridgehouse (or Brighouse) rows, which by then were largely empty, were sold for little over £100; some being purchased by Messrs. Stewart of Westfield paper mill.

Coal mining resumed in the Bridgehouse area in 1895 with formation of the Eastrigg Coal Company. The new proprietor took ownership of the rows, put them into fair order and constructed the “new row” of 12 homes in a block at right angles to the road. A report by the sanitary inspector, dated 1911, commented “these houses have been got up in the cheapest manner possible, and were a surprise in their comfortable appearance. With a few exceptions, they were kept clean, and will compare favourably with other miners’ houses in the district”

By 1930, when the Bridgehouse pits finally closed, some internal walls of the rows had been knocked through to create larger homes; other houses lay unoccupied. The old rows seem to have been demolished at around the time of the second world war, while the new row survived into the 1950's.

Today the site of the old rows forms a grassed storage area while the new row site lies beneath young trees. Surprising two brick outbuildings of the rows, (either privies or wash-houses?), still survive in ruinous condition – the last reminder of Bridgehouse's £25 homes. 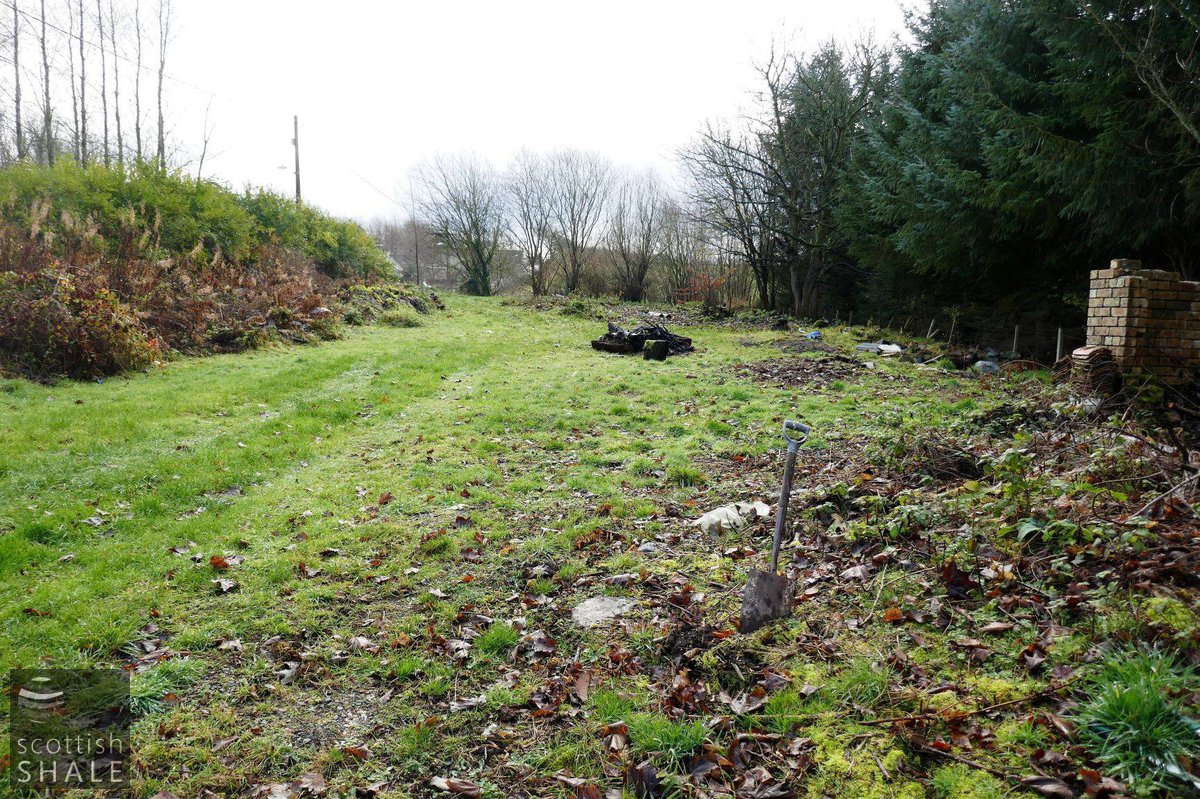 Site of the old Brighouse rows. 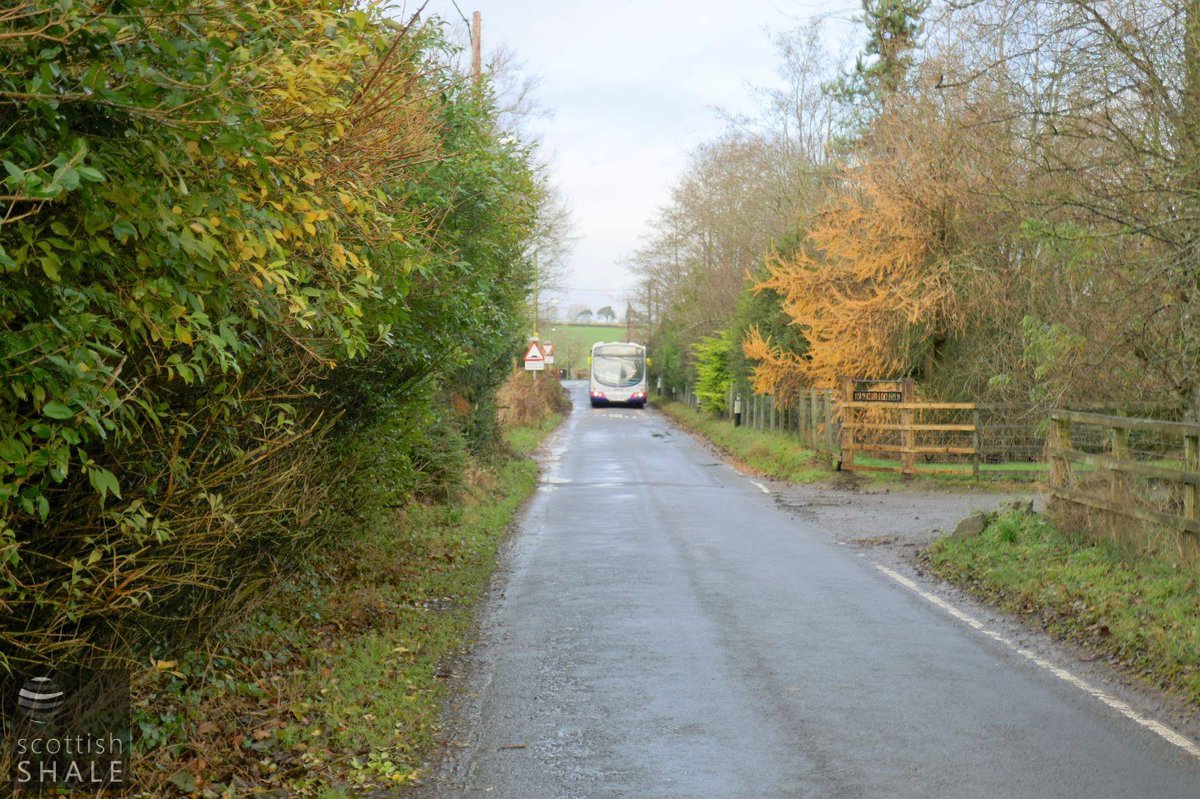 The old Brighouse row lay behind the hedge on the left. 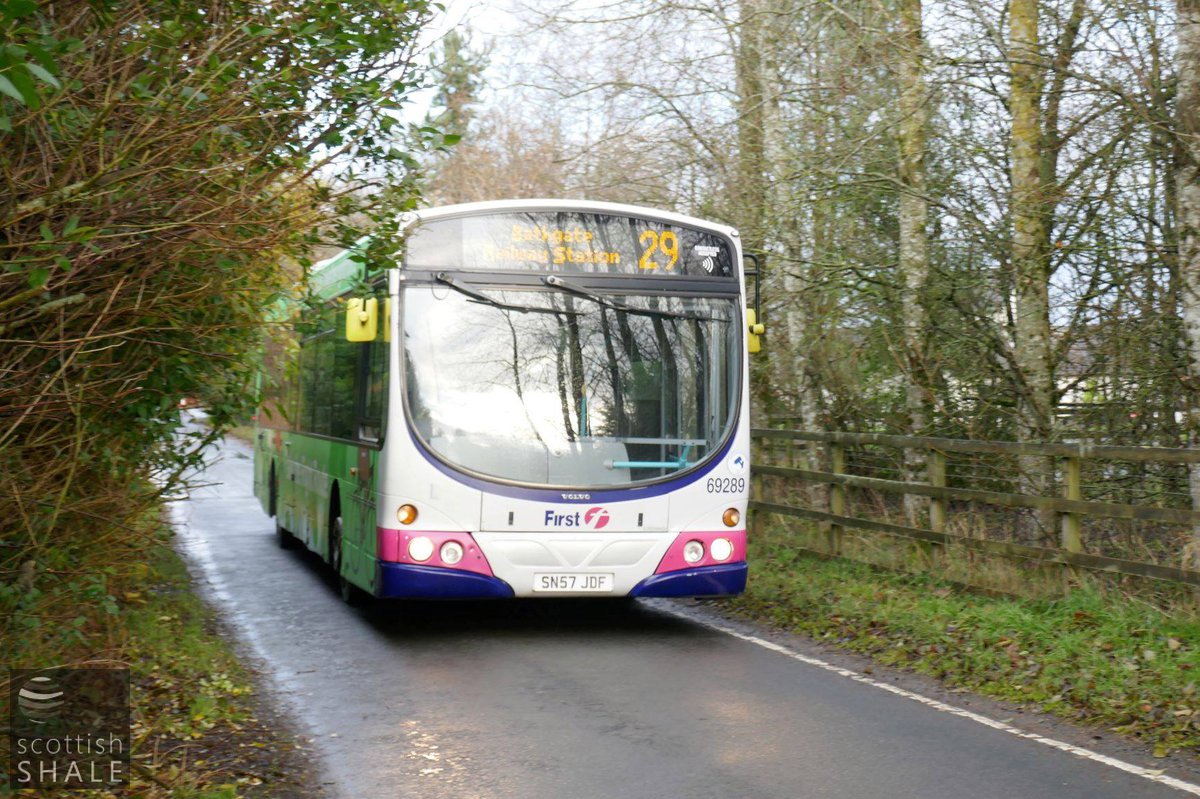 The 29.
A real country bus service from Falkirk to Bathgate by way of Avonbridge, Westfield, Bridgecastle and Armadale. 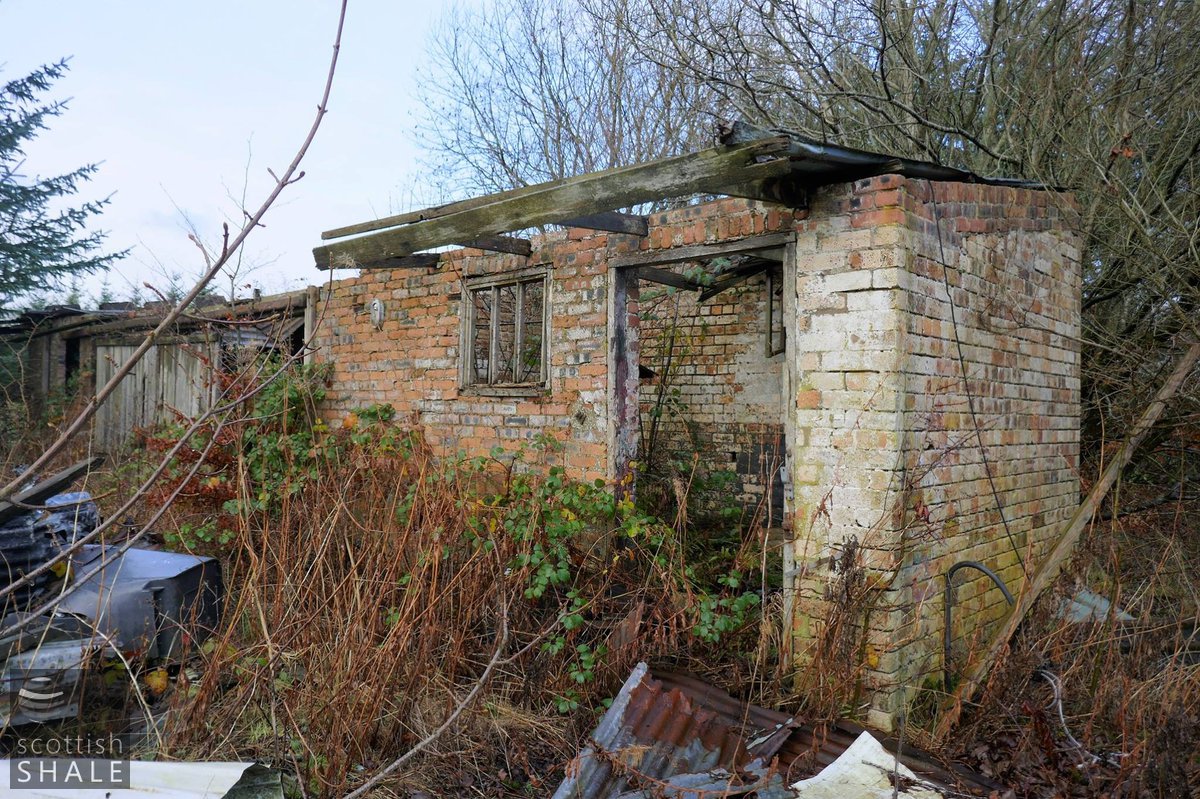 Former stable? near the site of the new row at Brighouse. The yellow Etna brick seems to be the remains of the privy for the row. 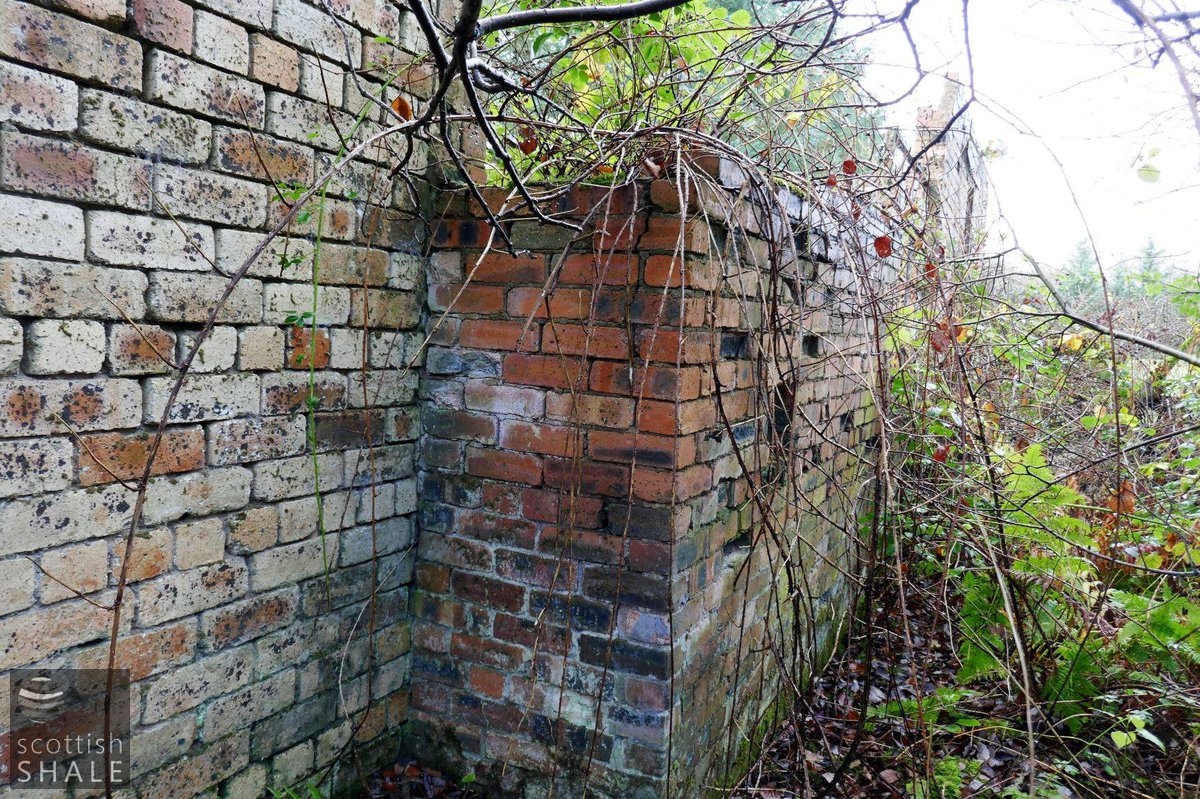 Yellow Etna brick of the new row outhouse, and a more recent extension in red brick. 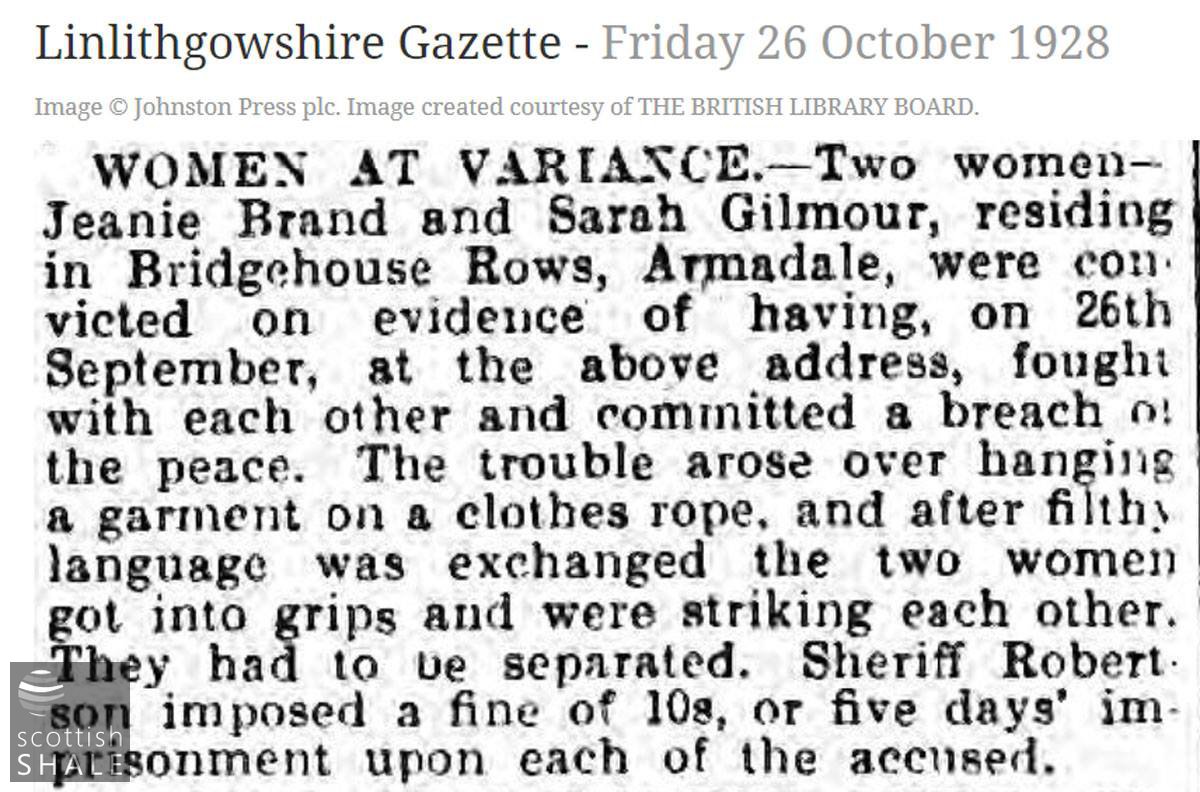 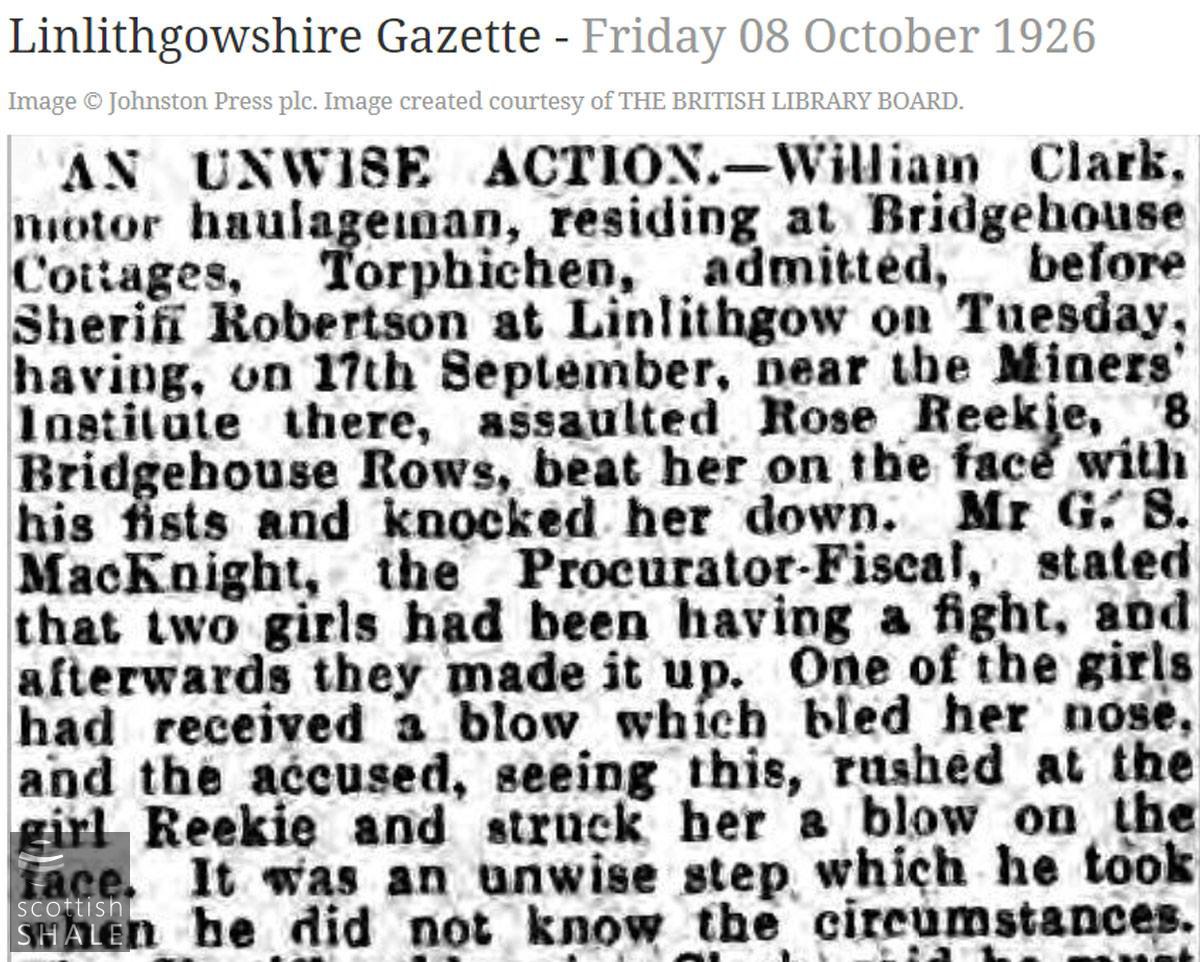 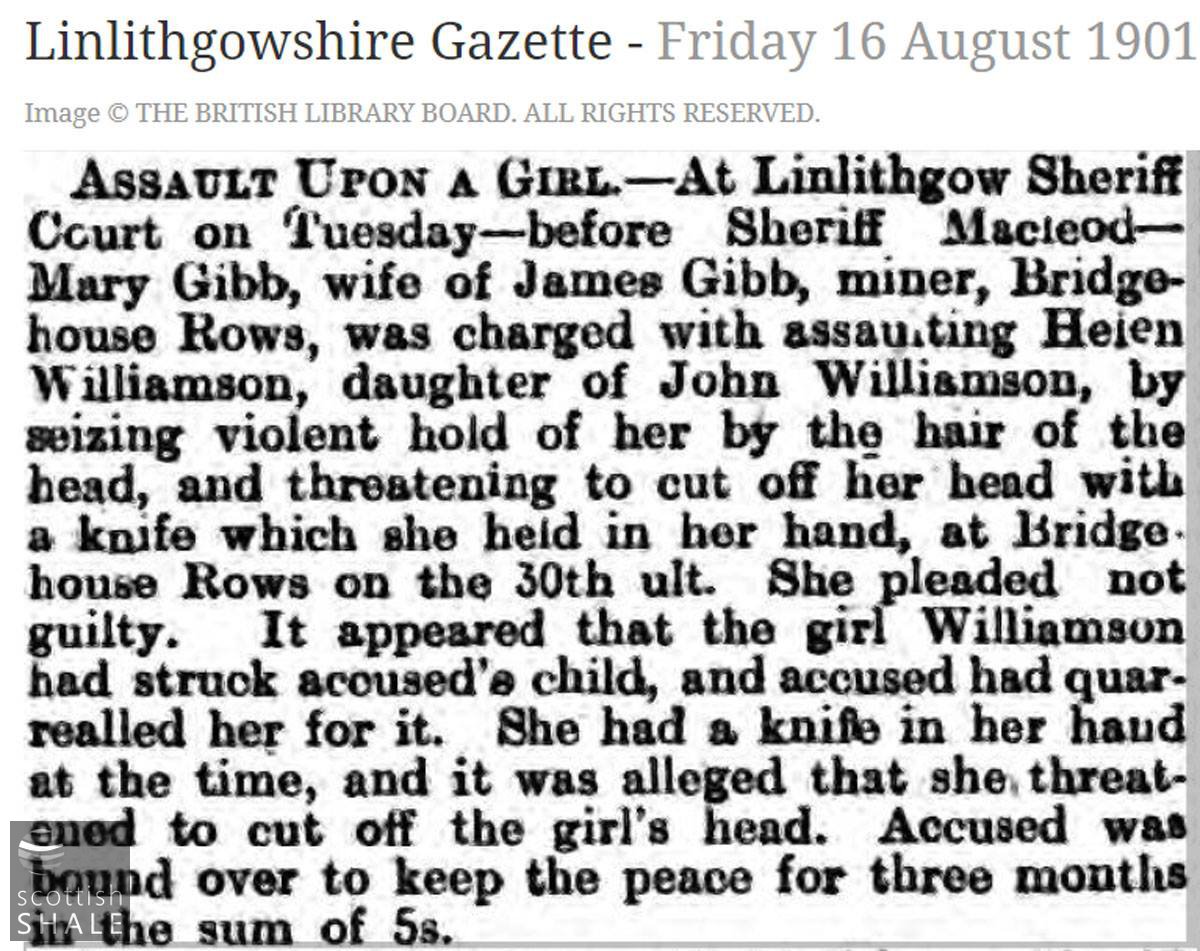