A survey of industrial pollution

In 1891, the county authorities of Linlithgow, Edinburgh and Lanark commissioned a special report into the pollution of the River Almond, which at the time was virtually lifeless due to a great variety effluents that emptied into it.

“The water along its whole course has an ochry colour. Fish cannot live in it. Horses, cattle, and sheep drink sparingly of it, (if at all); and for industrial purposes it is almost useless on account of its destructive effect upon boilers.”

The Almond and many of its tributaries were poisoned close to their source in the uplands of West Lothian and Lanarkshire. Since the 1840's, acidic water had been pumped from ironstone mines, and ground water had leached through ironstone waste tips to release a rusty and highly acid liquor that killed all river life. The pollution continued long after the iron mines had ceased to operate.

In the collieries in the western part of the county, the washing of coal produced large quantities of dirty water which, in some instances, was satisfactorily treated in settling tanks, but elsewhere entered the river with little treatment.

Further downstream, the shale oil works used large quantities of water in their processes. In the older, less efficient works, much of the wastewater was simply treated by allowing it to percolate through disused waste bings. Inevitably waste tars and oils escaped to the watercourses.

The introduction of water closets from the 1880's greatly improved sanitation in the home, but without effective sewage works, human waste added extra body to the rich soup flowing down the Almond.

As a consequence of the report, Linlithgowshire county council set up a River Almond Pollution Committee, but the pace of improvement was slow. Modern sewage works were eventually constructed at various sites along the river, however the discharged of acid mine waters continued to present a threat to river life until the end of the 20th century. 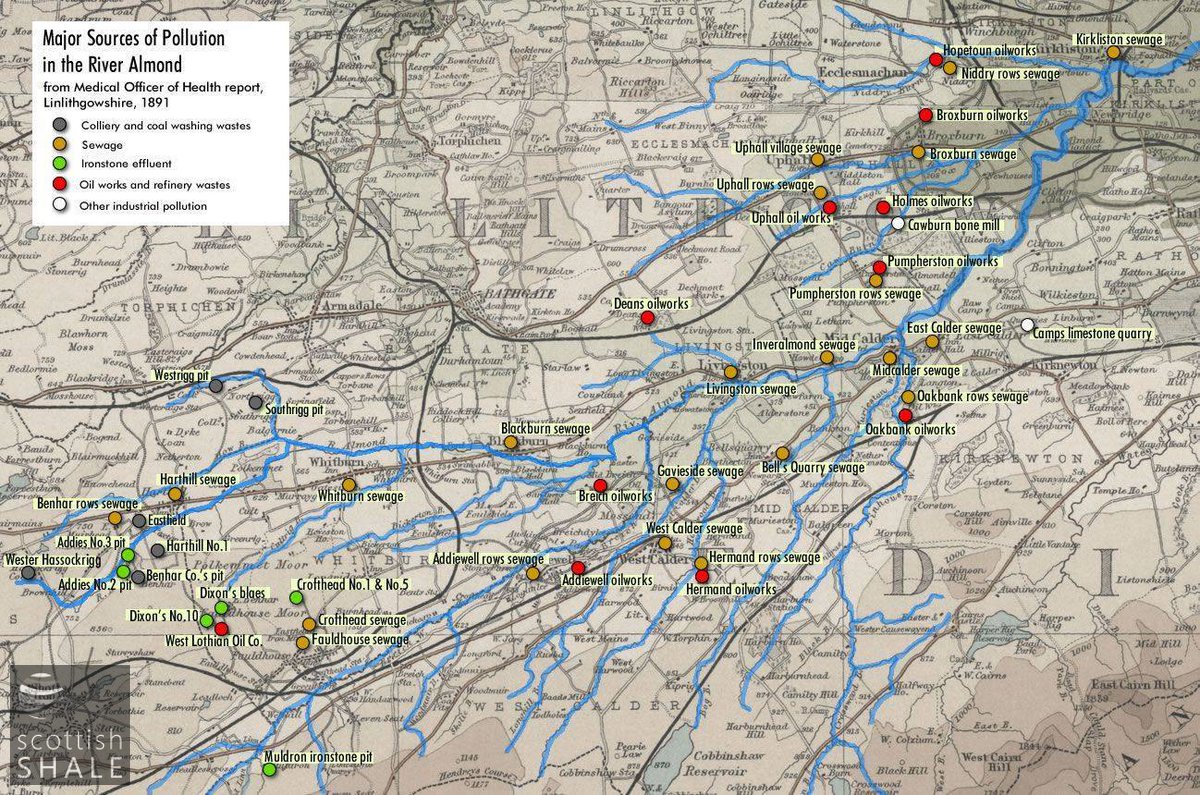