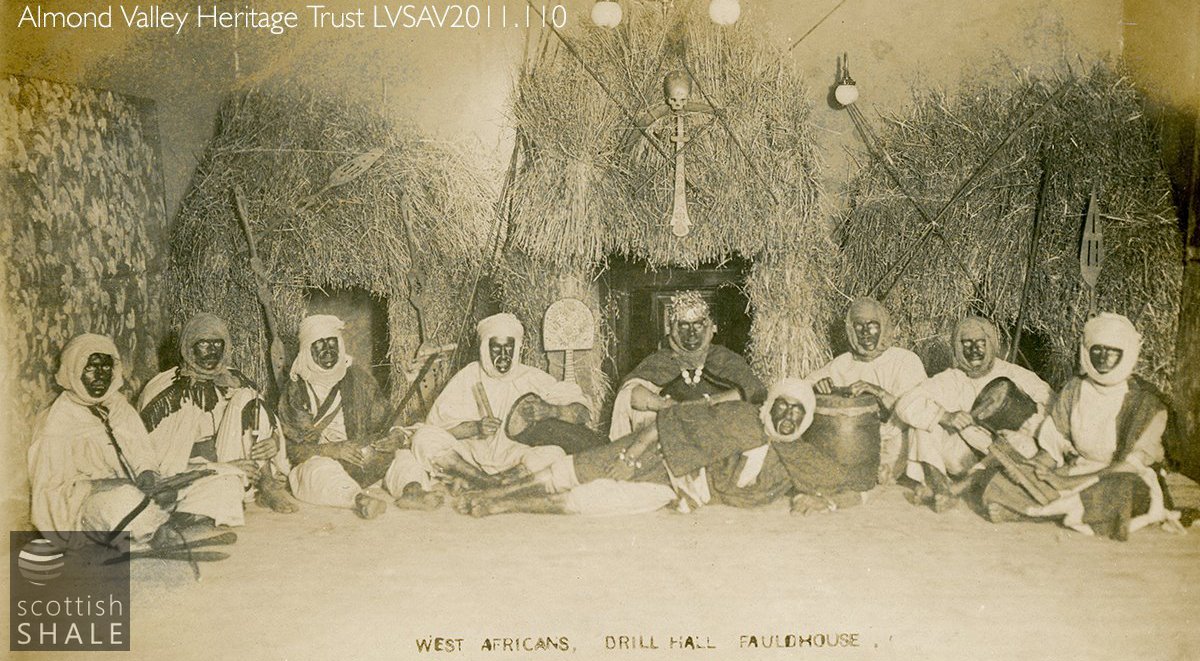 We've a rather odd and puzzling postcard, produced by Fauldhouse stationers, J. Cartwright, entitled "West Africans, Drill Hall Fauldhouse". A group of men, dressed in tribal clothing, sit in front of representations of straw huts decorated with an unlikely range of ethnic paraphernalia. On first glance they appear to be Africans, but on closer inspection it seems that locals may have applied copious amounts of boot polish to achieve their dark completion. It's not clear why they've done this, and from a modern perspective, it's all a little unsettling. 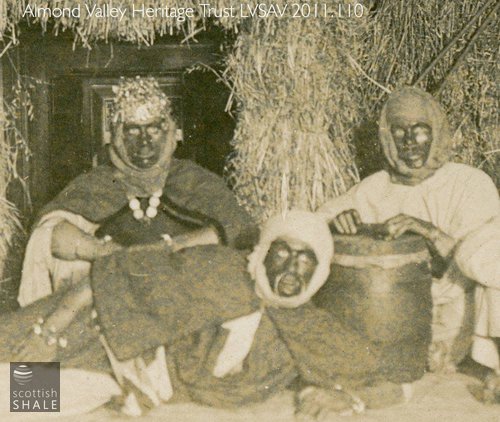 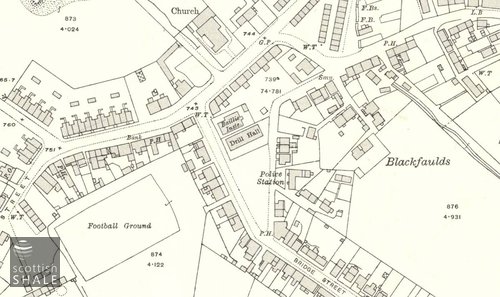 Fauldhouse drill hall was base to F company of 10th cyclist battalion Royal Scots; a highly mobile group of volunteer soldiers allocated to coastal defence duties during World War One. The drill hall, opened in about 1910, was a substantial stone building constructed alongside Fauldhouse's Baillie Institute on a prominent site facing Bridge St. In addition to it's military function, the hall also provided a venue for dances, concerts, and other entertainment, which seem likely to have included minstrel shows; good natured sing-alongs and comedy routines by performers with blacked-up faces. Our postcard however shows none of the jollity associated with such occasions, and seems to indicate a more serious purpose.

The West African Frontier Force was formed in 1900 to protect Britain’s colonial interests, and siezed German Togoland in one of the first engagements of World War One. Officers from several Scottish regiments were seconded to the Frontier Force, including Lieut. G.M Thompson of the Royal Scots, who perished in action. Might it be that our postcard somehow reflects links between the Royal Scots and West Africa, and perhaps the dressing-up might be part of a recruitment drive? Any insight into this would be very welcome.

The cyclist battalions were disbanded following the end of the Great War, and the Fauldhouse drill hall and associated rifle range were put on the market during the 1920’s. Both the Drill Hall and the neighbouring Baillie Institute became property of Fauldhouse Miner’s Welfare Society at about that time, and a link constructed between the two buildings. The Welfare has been the social heart of the Fauldhouse community ever since, although the structure of the old drill hall has been considerably changed following a major fire in 1973. Remarkably, the long narrow structure of the indoor rifle range, which ran the length of the drill hall, still survives, and houses a number of businesses including the Oriental Cottage takeaway.

Above right: 25" OS map c.1916, image courtesy National Library of Scotland. The drill hall and the Baillie institute remain separate buildings and the long rifle range to the south of the drill hall has yet to be constructed. 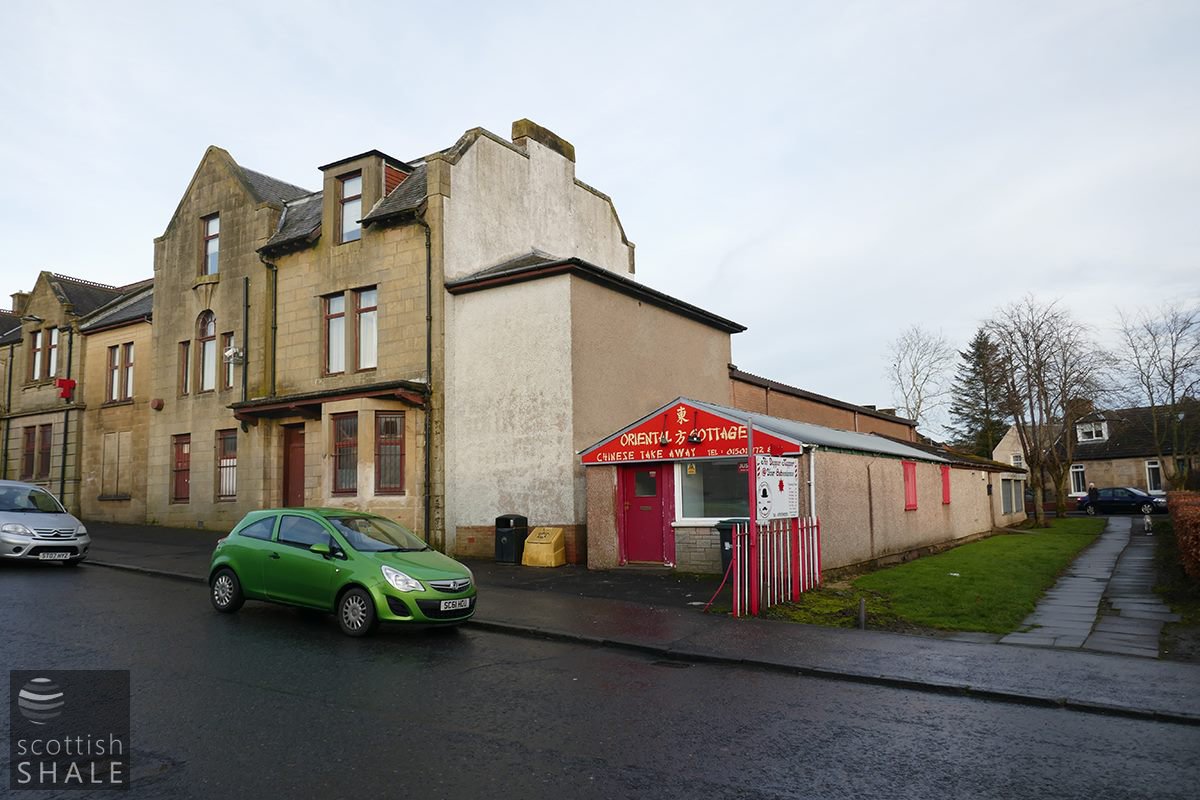 The partially-rebuilt facade of the Drill Hall, and the indoor rifle range aka, the Oriental Cottage. 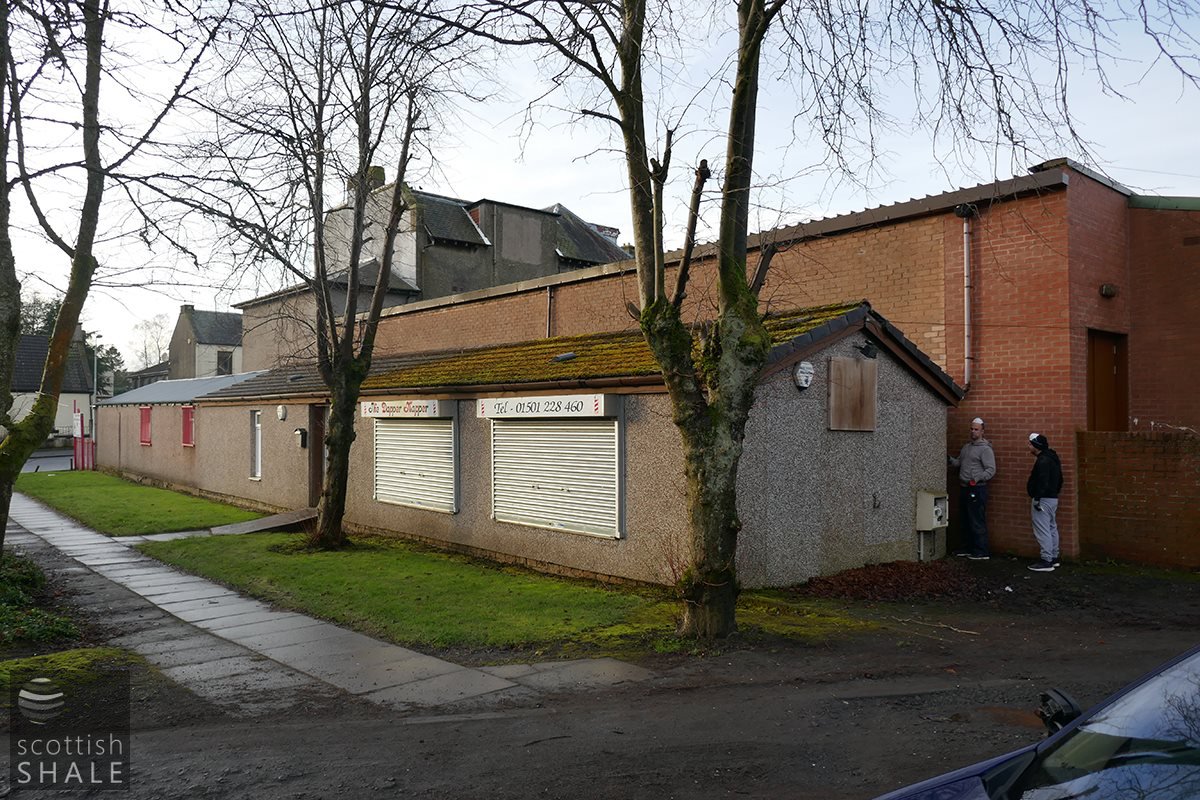 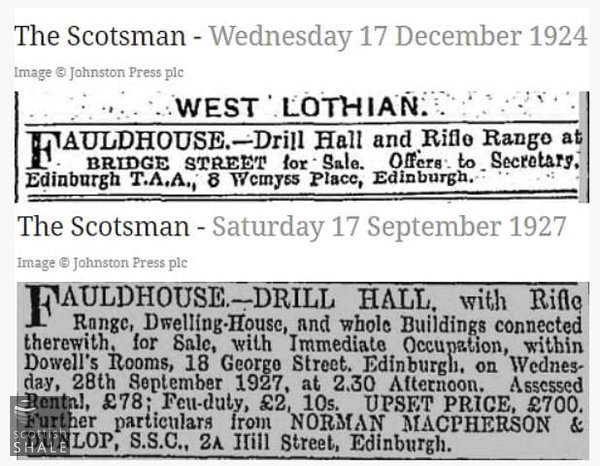 The drill hall and associated rifle range for sale. 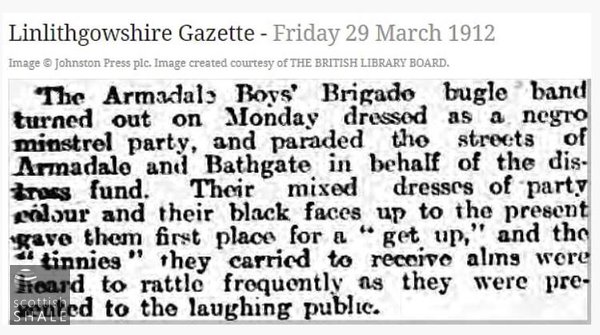 Seemingly harmless fun over a century ago.