The end of a Livingston landmark. 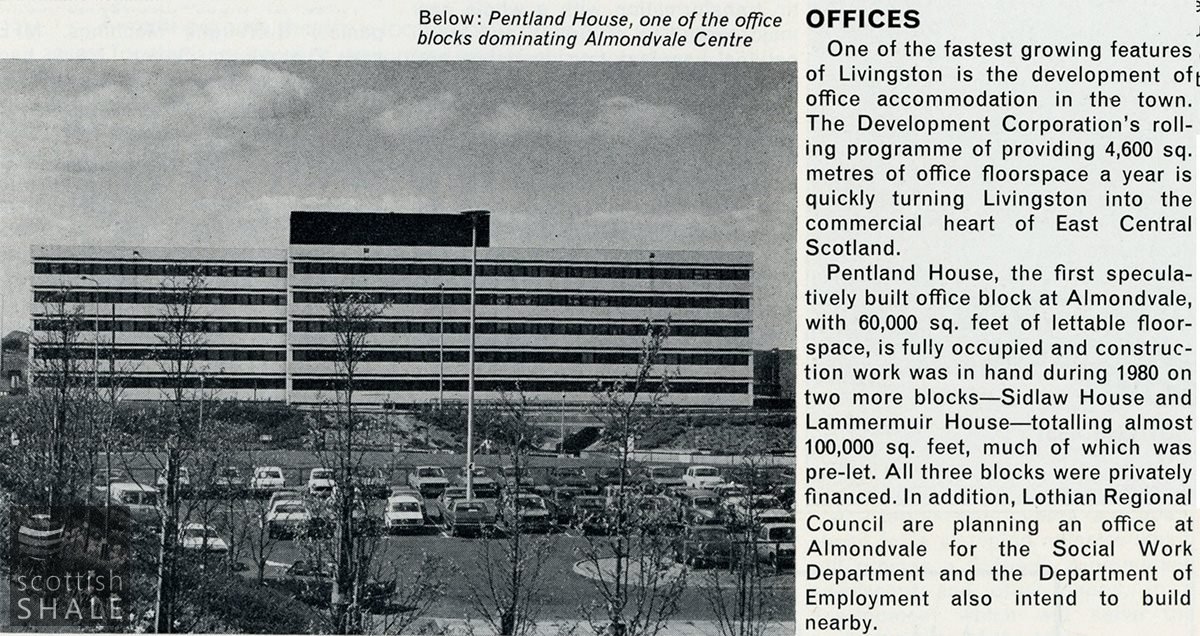 From the Livingston Town Guide c.1980.

Huge hydraulic monsters are currently eating away at Pentland House. A six storey slice has been removed from the centre of the office block, and giant tracked excavators are now carefully working outwards, unpicking and removing the structure. This demolition consigns yet another part of the old new town to history. 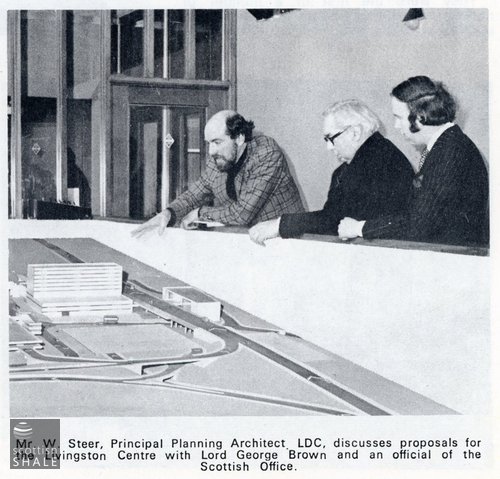 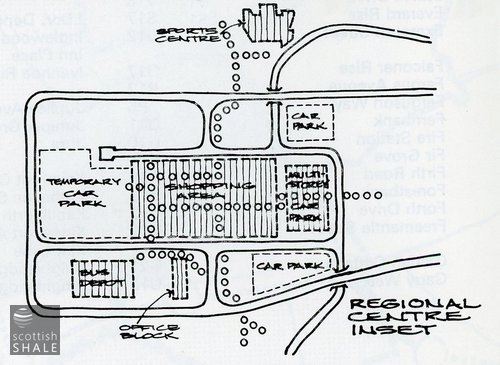 The earliest 1970’s plans for the new Regional Centre in Livingston New Town included an office block on that site. Other features of this first grand vision have been and gone. The bus station and the multi-storey car park were demolished during the 1990’s and a grand sports centre beside the river was never built. Only the original part of The Centre, (once the Almondvale shopping centre), now survives from this earliest phase of development.

Pentland House, built in 1979, was the first of the town centre office blocks built by Livingston Development Corporation and named after ranges of Scottish hills. Pentland and her sister Sidlaw House (built 1981) were once an impressive sight. Six storeys of gleaming white tile projecting at right angles from either side of the shopping centre made a bold futuristic statement when approaching the centre from any direction, and from the air might look like a pair of giant wings. Indeed both Pentland and Sidlaw had their names painted on their roofs in huge letters to encourage business folk approaching Edinburgh airport to “Make it in Livingston”.

Pentland attracted many business tenants including the local tax office, solicitors and sheriff’s officers. Sidlaw proved more difficult to let, and a large part of it consequently became the headquarters of Livingston Development Corporation. From its generous windows, planners and property men could gaze out over endless empty car parks and engineer a glorious future. Following wind-up of LDC, Sidlaw became West Lothian House – nerve centre of West Lothian Council’s operations, and was finally demolished in 2010.

Few will morn the passing of Pentland House. The building and its surroundings have appeared sad and shabby in recent years, and the accommodation it provided no longer serves modern needs. It is unfortunate however to lose a further link with the brave and distinctive vision that once existed for the new town, as Livingston dissolves into faceless fields of retail parks that might be anywhere in the world.

Above left: The great model of the Regional Centre. The model office block seems to be on the site of Sidlaw House.

Above right: Sketch of the planned Regional Centre from the Livingston town map c.1975. 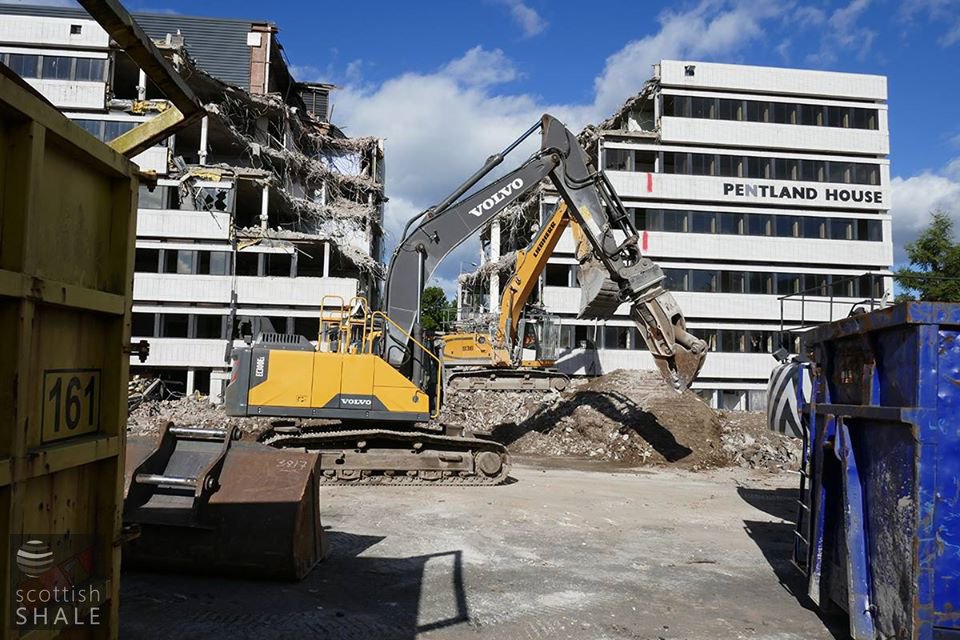 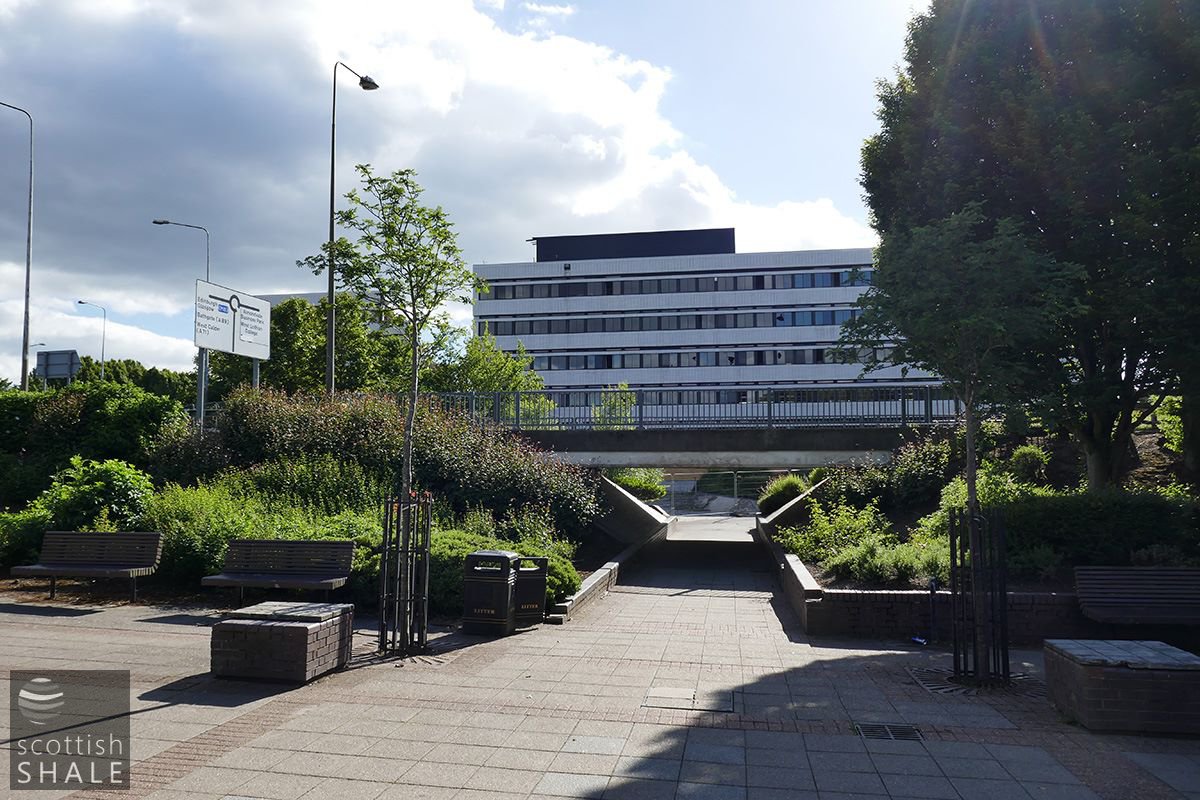 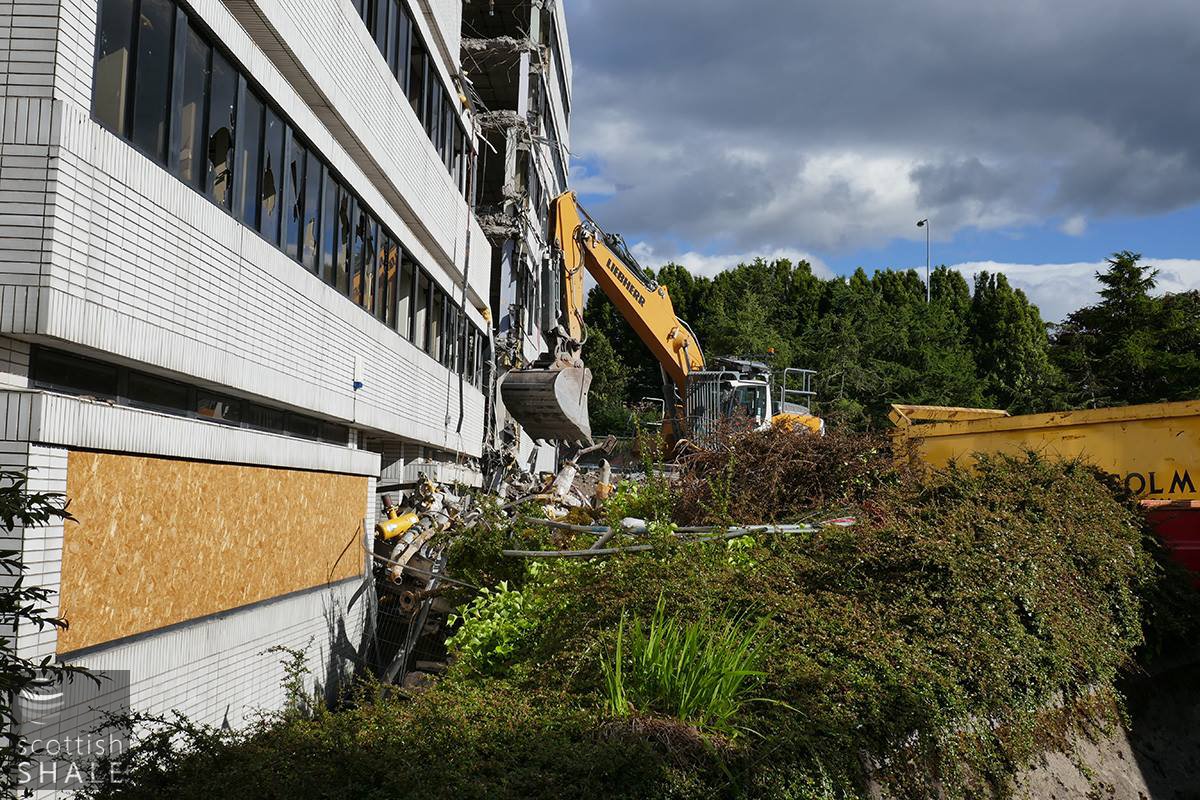