Firery celebrations in Bathgate and other towns 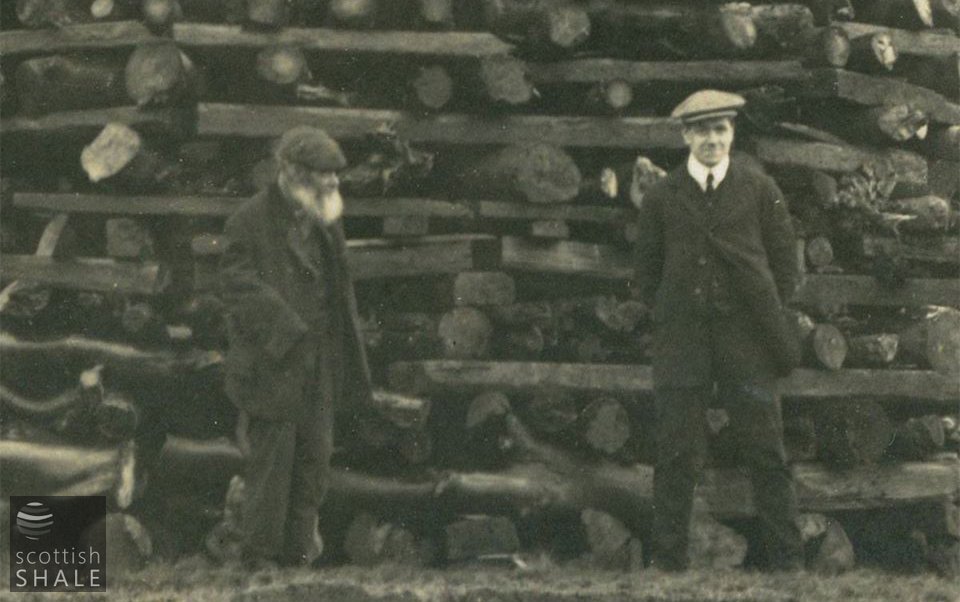 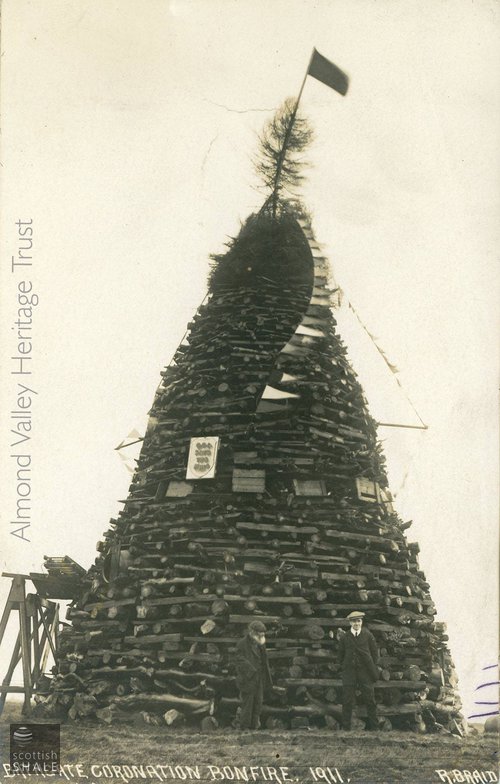 To celebrate the coronation of King George V, parliament established a National Bonfires Committee to coordinate a network of giant fires to be lit on the evening of the 22nd June 1911 as the big finale to a day of festivities. The committee provided guidance on the scientific construction of bonfires, and tasked the boy scouts to scour the countryside with saws and axes to assemble fuel for the great fires; and subsequently guard the material against “mischievous firing”. H.M. Cadell of the Grange, the Bo’ness coalmaster, and a man of many interests and talents, was appointed as Scottish secretary to the committee. He made a special effort to ensure that West Lothian was “well lit up” and encouraged communities across the county to show their loyalty to the crown with massive fires and fireworks.

From the start of June, huge quantities of wood and waste timber were carted to hilltops throughout the county. Henry Cadell, light-heartedly referred to in the press as the “Scottish Secretary for Bonfires”, led by example; constructing a massive tower of timber some fifty-five feet high, and twenty-five feet in diameter on his lands in the Erngarth hills, overlooking both Bo’ness and Linlithgow. The people of Bathgate constructed their bonfire to a similar approved design on Ballencrieff hill, opposite The Knock; a site almost 1,025 feet above sea level with a clear view to the east and the west. This structure was almost fifty feet high and twenty-five feet in diameter and, as shown in our photograph, incorporated various vents and flues, and a gallery part way up from which the fire could be started by electrical detonator. Doubtless the craftsmanship invested in its construction reflected the skills of mining folk who were daily responsible for propping roofs with timber and ensuring controlled ventilation of mine workings.

Other bonfires were built across the county, not all to the same exacting standards, at Cockleroi, Cairnpapple, Dechmont Law, the Broxburn shale bing, and elsewhere. Although possessing no lofty peaks within their burgh, the folks of Armadale assembled a thirty-eight foot pile of old railway sleepers and wagon planks on the site of the old No.3 pit in Bathville.

Coronation day was a public holiday. In Bathgate this began with a great parade along streets decorated with flags, streamers and banners, attendance at church services and the distribution of commemorative mugs to all children. Old-folks and the “needy poor” were treated to a meal of meat and potatoes, followed by cake and tea, and a visit to the Picturedrome. As the evening wore on, almost two thousand folk assembled in Jarvey Street before setting out in procession behind the Bathgate Brass Band and the Burgh Pipe Band on a long march into the Bathgate hills. The weather had deteriorated by the time they reached the massive bonfire, which was draped in bunting and had a tree and a flag at its summit. It was therefore decided to push the plunger to ignite the fire a quarter of an hour before the nationally agreed time. Crowds were forced back by the heat radiating from the massive fire, and later were treated to a display of fireworks that “illuminated the hills with red, white and blue fire”. It was almost midnight before people trudged back home, tired but elated by this special day.

All, that is, except some residents of Durhamtoun, the collection of miners rows just to the south of Bathgate. Rather than trek to an official bonfire, some chose to tear down sleeper fences and other timber palings and set off an impromptu bonfire on a pit bing. This vandalism subsequently caused pit waste to slip into the burn, causing some localised flooding. Twelve men later appeared in court to answer for their actions, but it was accepted that they “had allowed their feelings of patriotism to outrun their discretion” and consequently all were released with a warning.