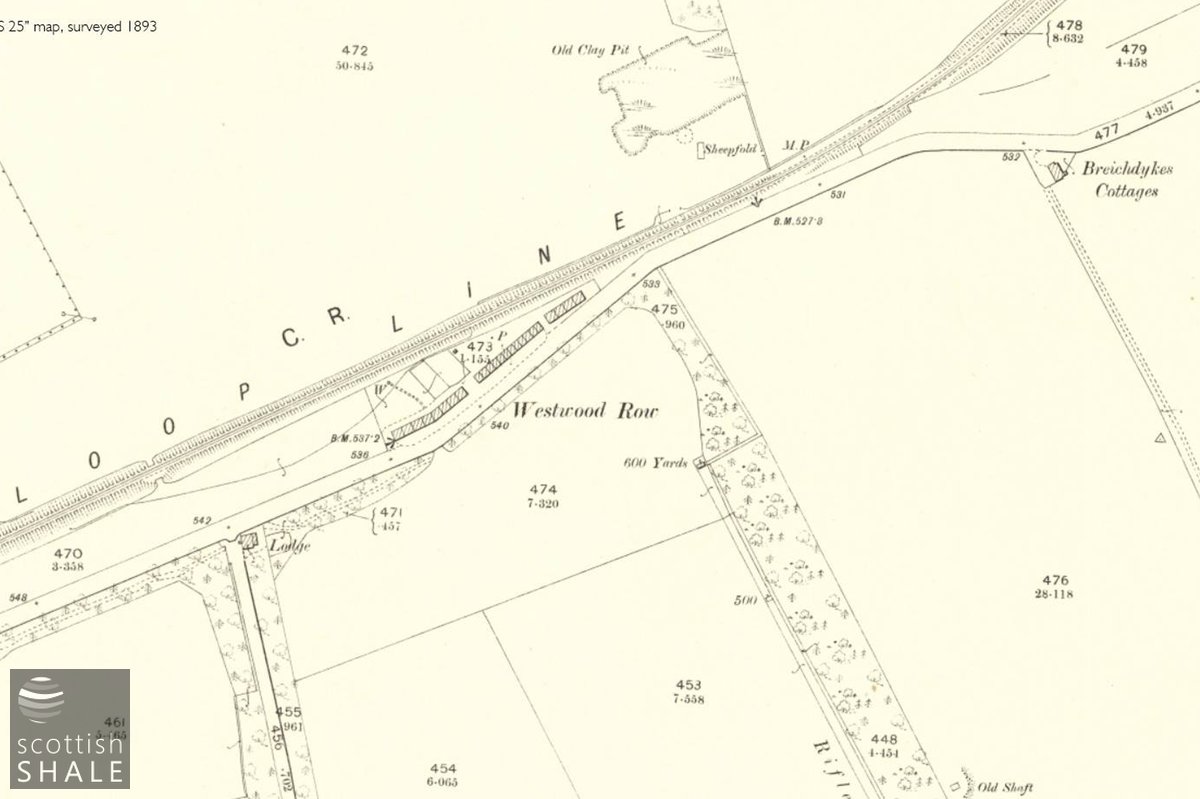 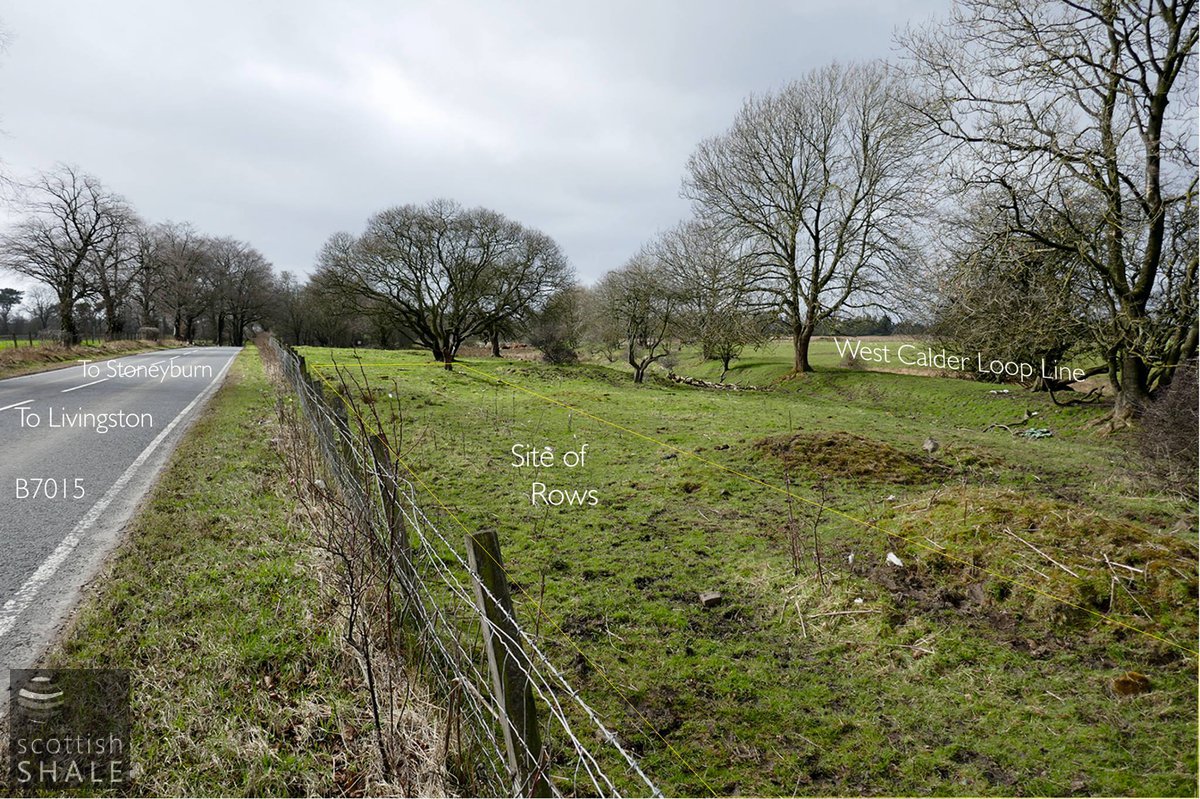 Following our earlier piece on Loganlea Colliery, we’ve come across a wonderful account of track-side skulduggery from 1873, in which two railway brakesman were each jailed for 60 days after throwing coal from their train to the womenfolk of Westwood Rows.

Coal shipped eastward from Loganlea Colliery would pass along the West Calder loop line; a freight-only railway that threaded slowly between oilworks, shale mines and rows of workers houses. Westwood rows backed directly onto this line.

The three rows, comprising 25 homes in total, were built in around 1868 to house the workforce of Captain Stewart’s Westwood oil works. After closure of the works in about 1870, the property was sold to Young’s Paraffin Light & Mineral Oil Co., and later housed miners employed by the United Collieries Co.

By the 1920’s the rows were in a very poor condition, and in those tough times, the residents of the rows seem to enjoyed more than their share of court appearances. In 1924 the Council’s housing inspector, described the rows as “entirely uninhabitable” and were demolished soon afterwards.

Raised ground and overgrown piles of rubble, still mark the location of the rows beside the B7015, although (in common to many of West Lothian’s ghost villages), no photographs are known to exist. 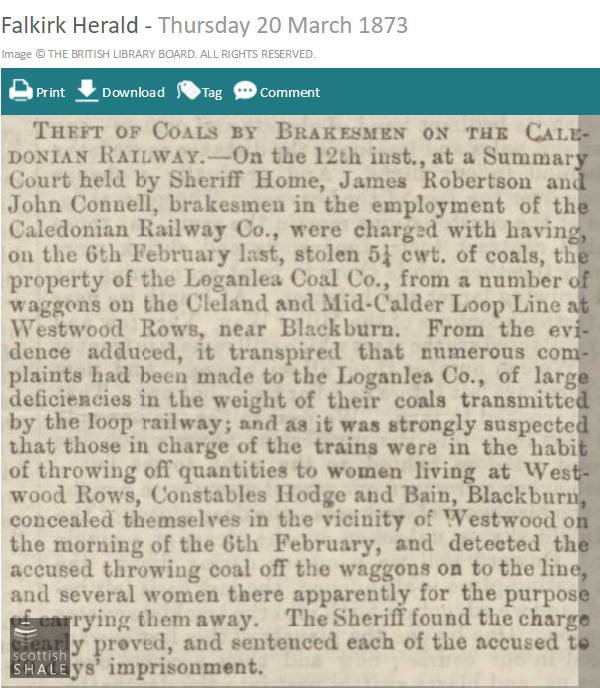 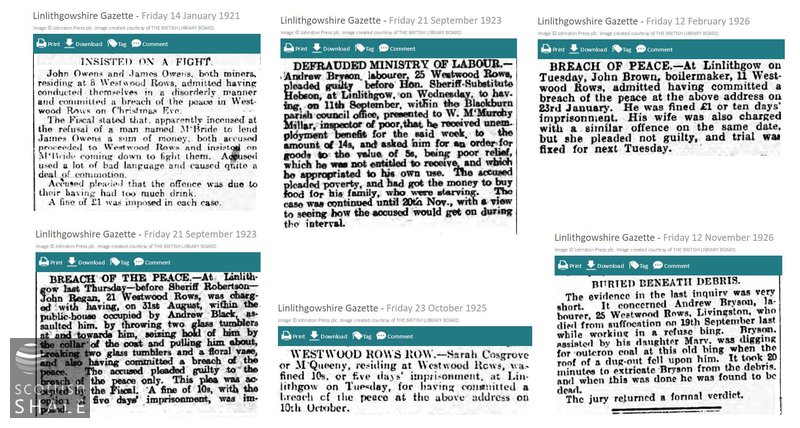