On Vesting Day, 1st January 1947, Britain's coal industry was taken into public ownership. Signs were erected at collieries throughout the land declaring that they were now “managed by the National Coal Board on behalf of the people”. The new nationalised industry set about improving working conditions, including the construction of pithead baths and welfare facilities. 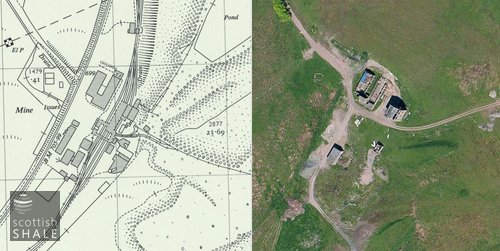 The 200 miners of Woodmuir colliery near Breich got their new baths, canteen and first aid room in December 1951. The opening ceremony was presided over by the Chairman of the Baths Committee assisted by Chairman of the Divisional Miner's Welfare Committee, and speeches were made by various NCB officials and Union representatives. A tape sealing the door was cut by 75 year-old “veteran miner” Andrew Liddell, who had worked at Woodmuir for 45 years and had retired five years previously.

It was explained that facilities to dry clothes were particularly welcome at Woodmuir as it was a wet pit, and workers had previously no option but to trudge home in wet and grimy clothes. This imposed a great burden on “miner's womenfolk” who had to clean and dry clothes ready for work the next day. Making use of the pithead baths (“leaving the grime of the pit where it should be left—at the pit”), was also seen as a way of lessening the drudgery of life as a miner's wife. There was confidence that the new pithead facilities would generally improve home conditions, which in turn would be reflected in the better health and comfort of miners and their families.

The facilities at Woodmuir were contained in a “pre-fabricated” building in two sections, which contained shower sprays, lockers for clean and dirty clothes that were heated by a stream of hot air, and drying rooms for especially wet clothing. Wash basins were provided for those who wished to avoid the showers. There was also a fully-equipped kitchen and canteen, and an ambulance room. “equipped with surgical and medical facilities comparable with the most up-to-date general practitioners consulting room”.

Woodmuir pit closed in 1963, but many building remained intact, and the site saw further use when the colliery bing was re-worked during the late 1990's.

The ruins of the tall washery building, where coal was washed prior to despatch by rail, remains a prominent landmark. In its shadow lies the remains of the pithead baths, now roofless, but with some steel roof trusses still in place. Inside, there are traces of the white tiled walls and quarry-tile floors that would have adorned the shower areas. These “splendid facilities” - which would have been a place of comfort and banter at the end of a long shift – now only provide shelter for sheep. 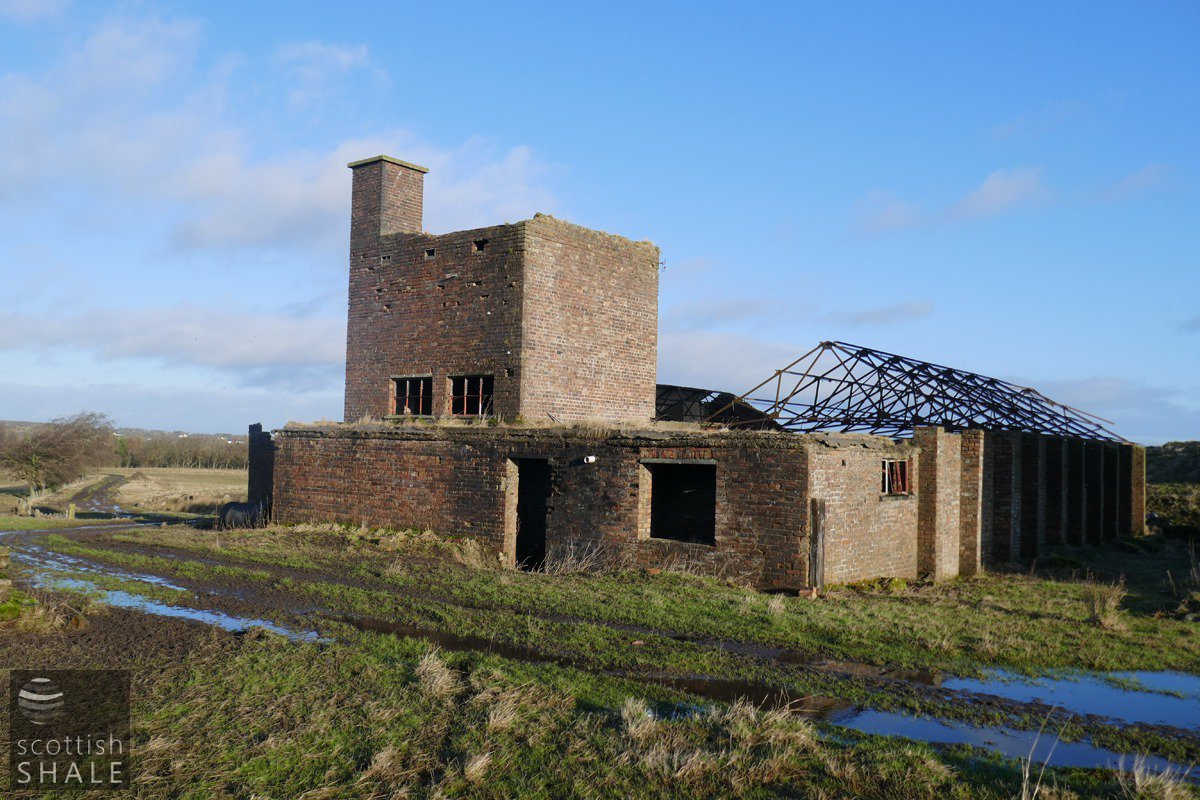 The bath-house building, with its "tower" for water tanks and boilers. 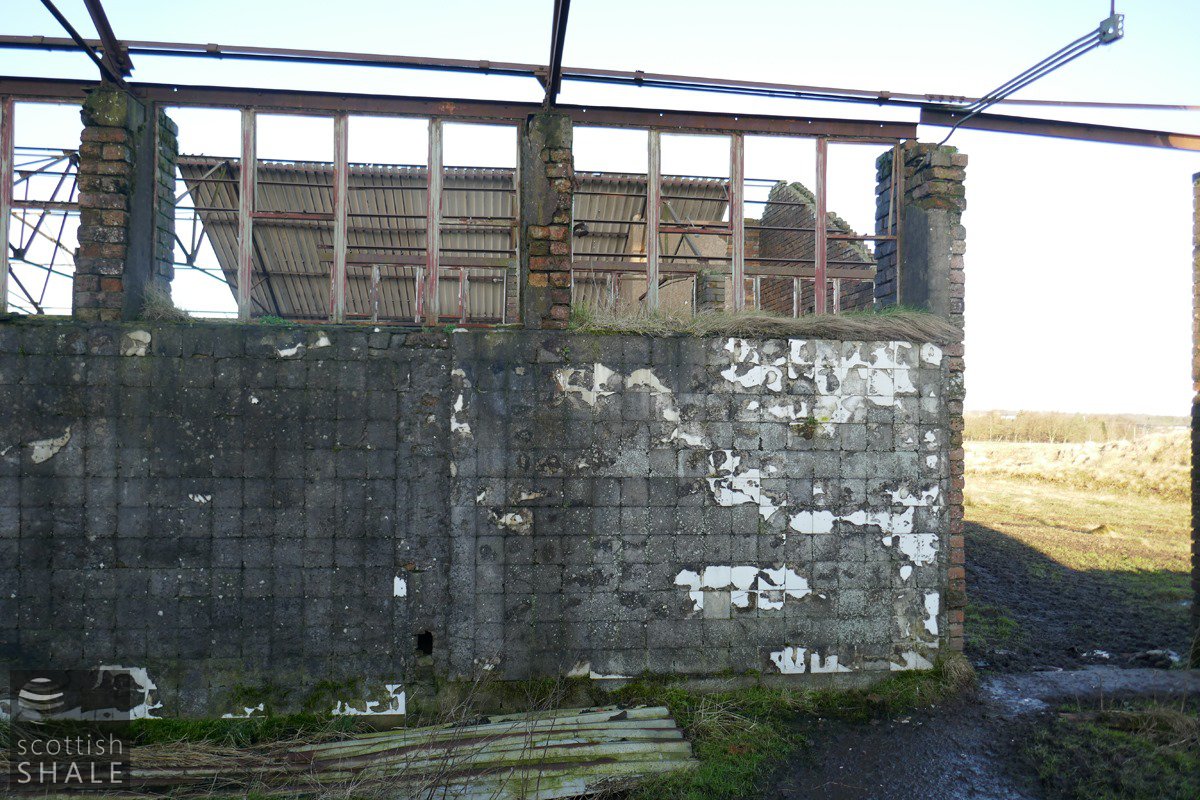 Traces of the white ceramic tiles that once lined the walls. 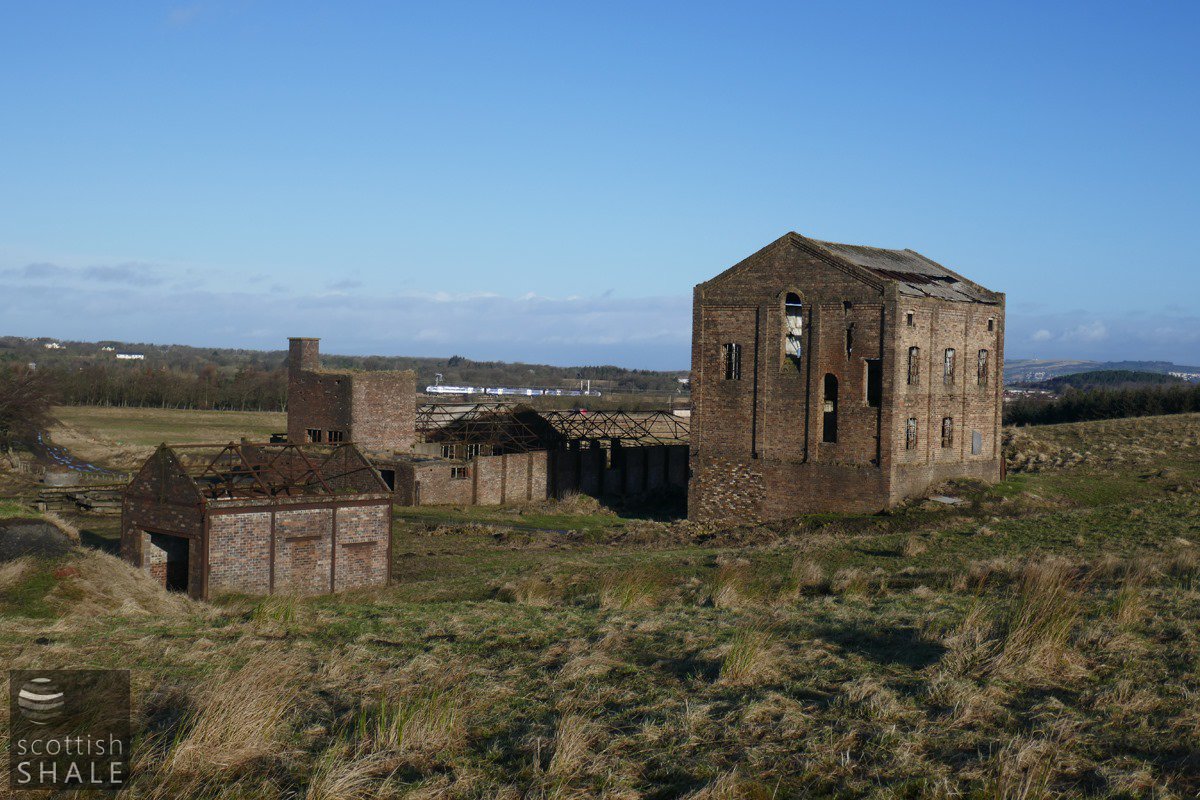 The washery, the bath-house, a smaller building (perhaps an electrical substation?), and the train to Edinburgh. 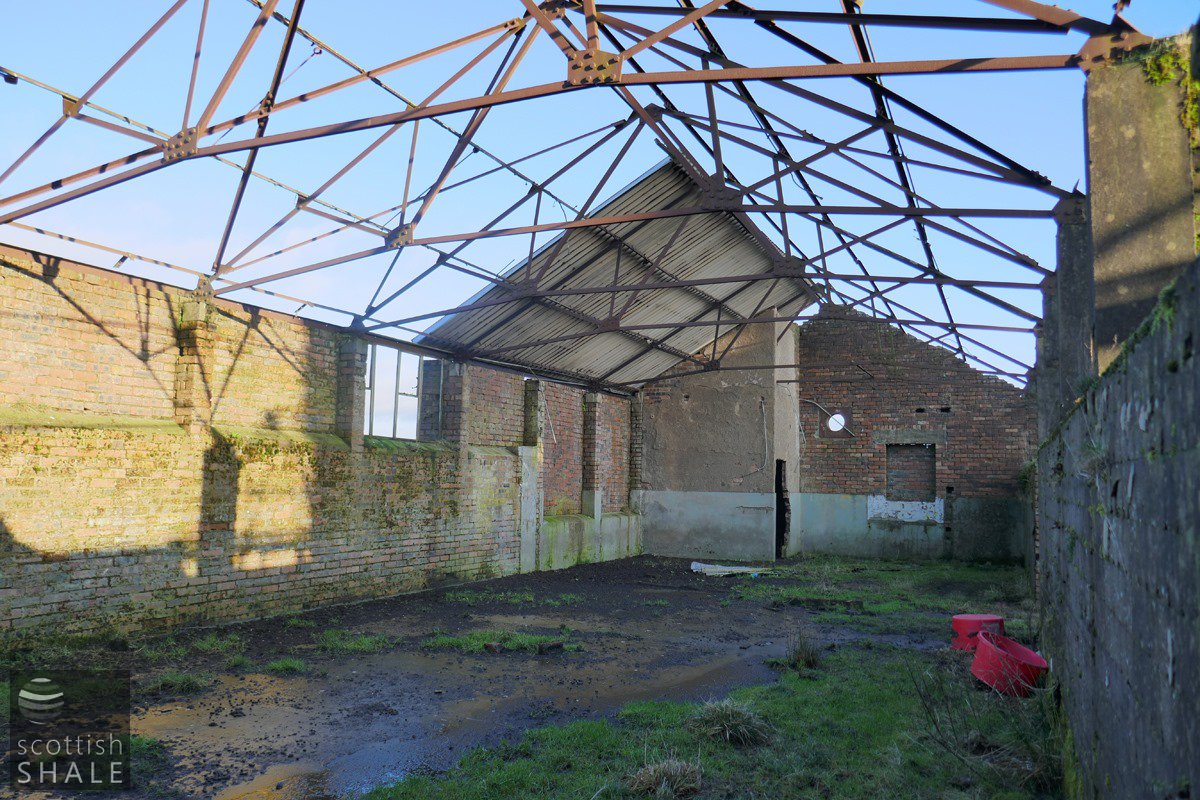 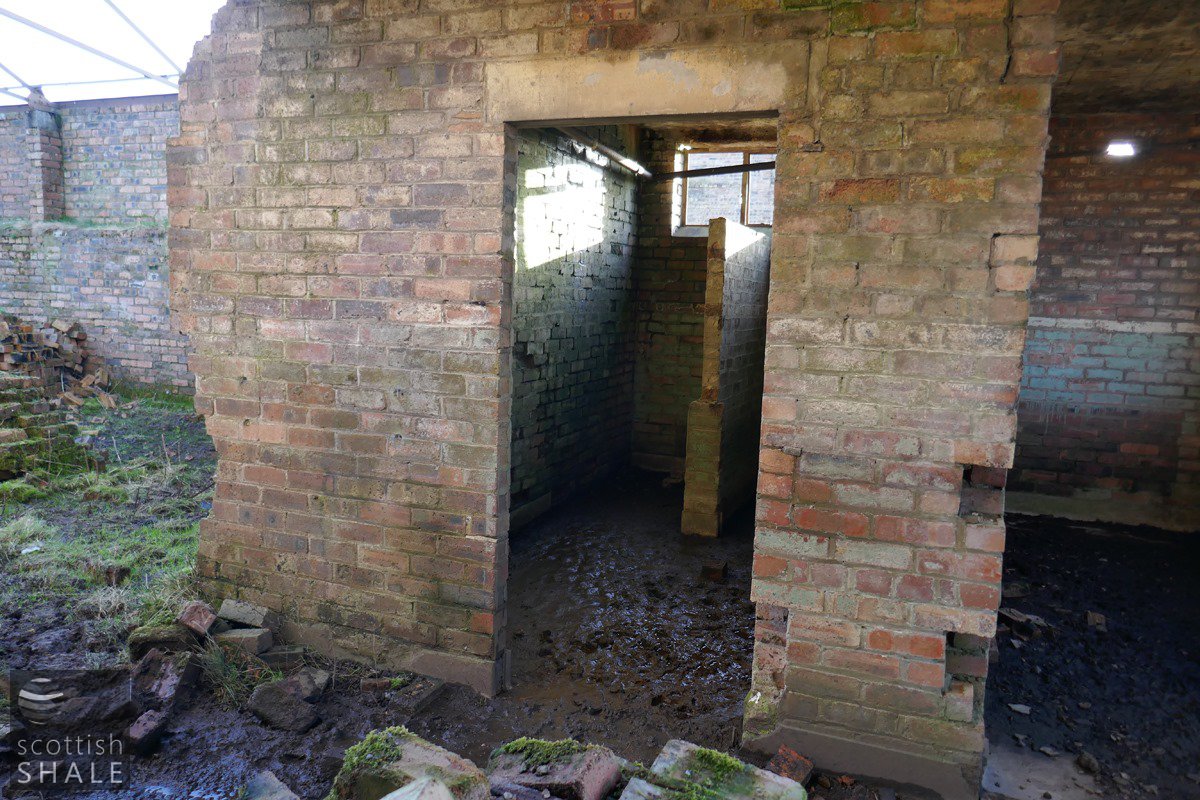 A convenience for sheep. 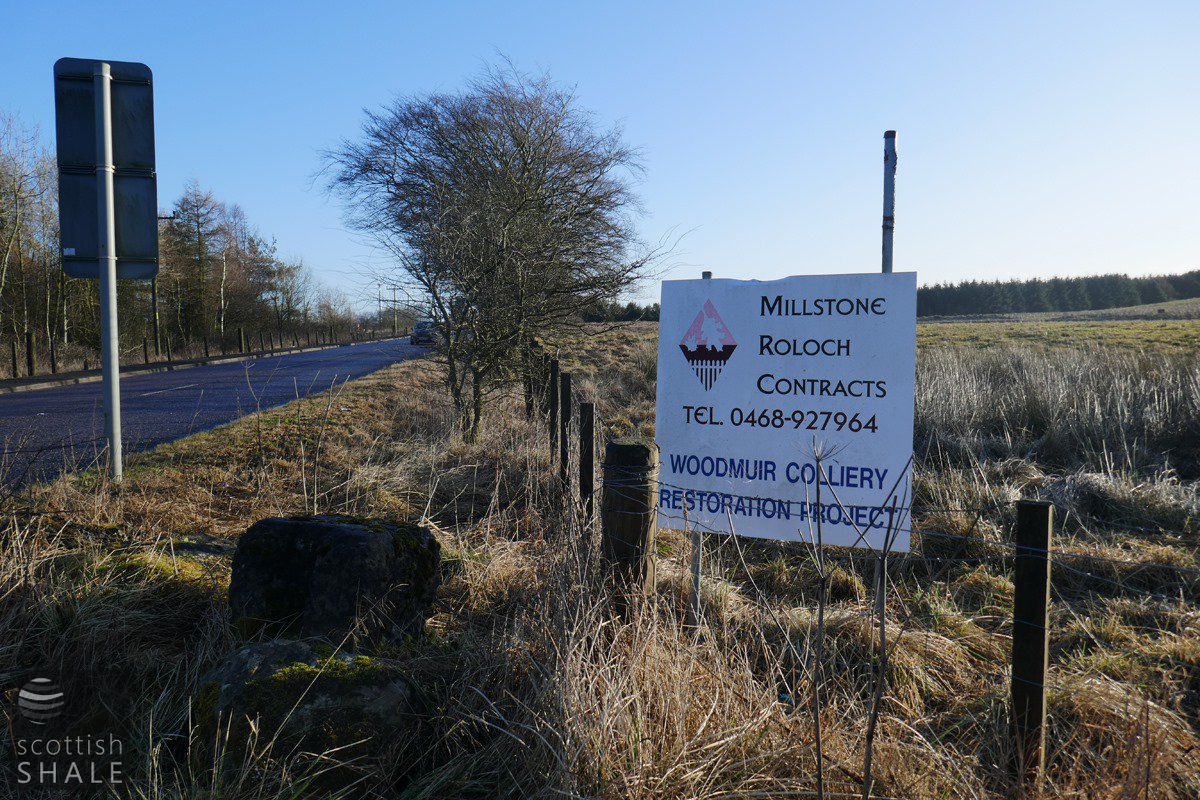 It's unclear what the future holds for the Woodmuir Colliery site. It would be regretable if the magnificent washery building was lost. It is now the most substantial surviving monument to coal mining in West Lothian.

Superintendent of the baths..... and a canteen lassie.