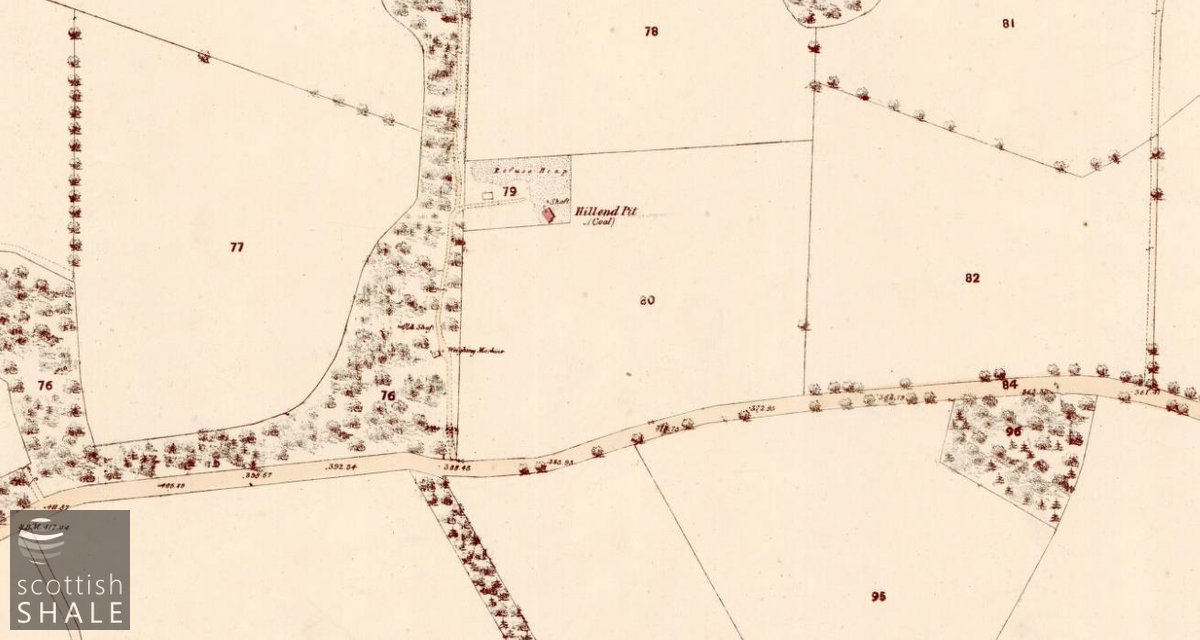 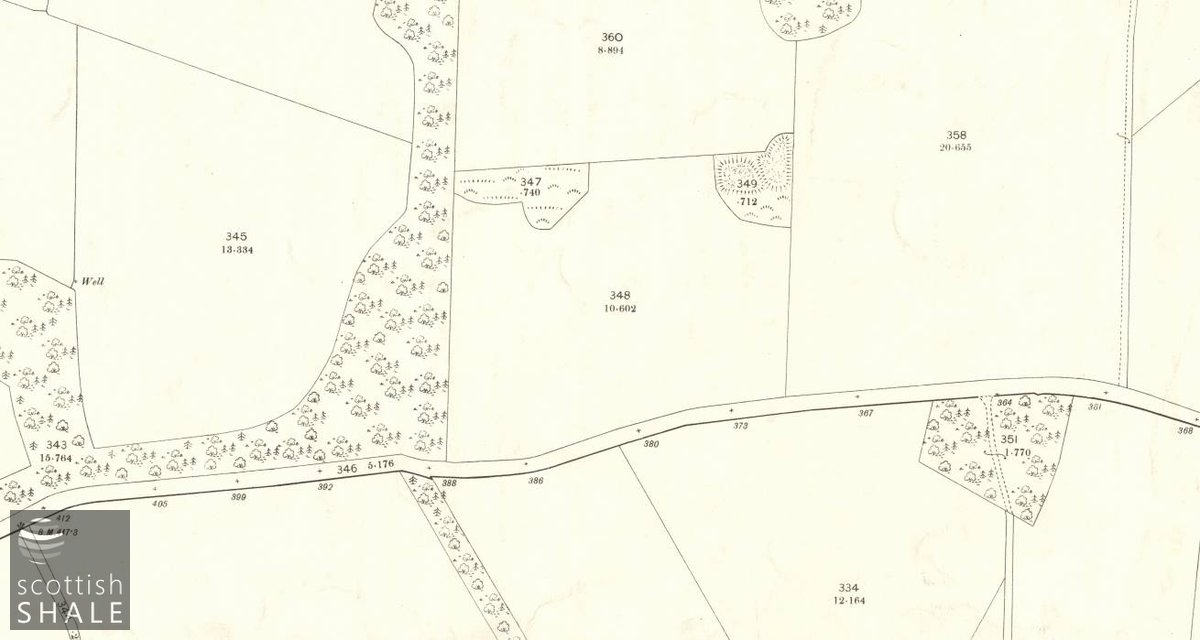 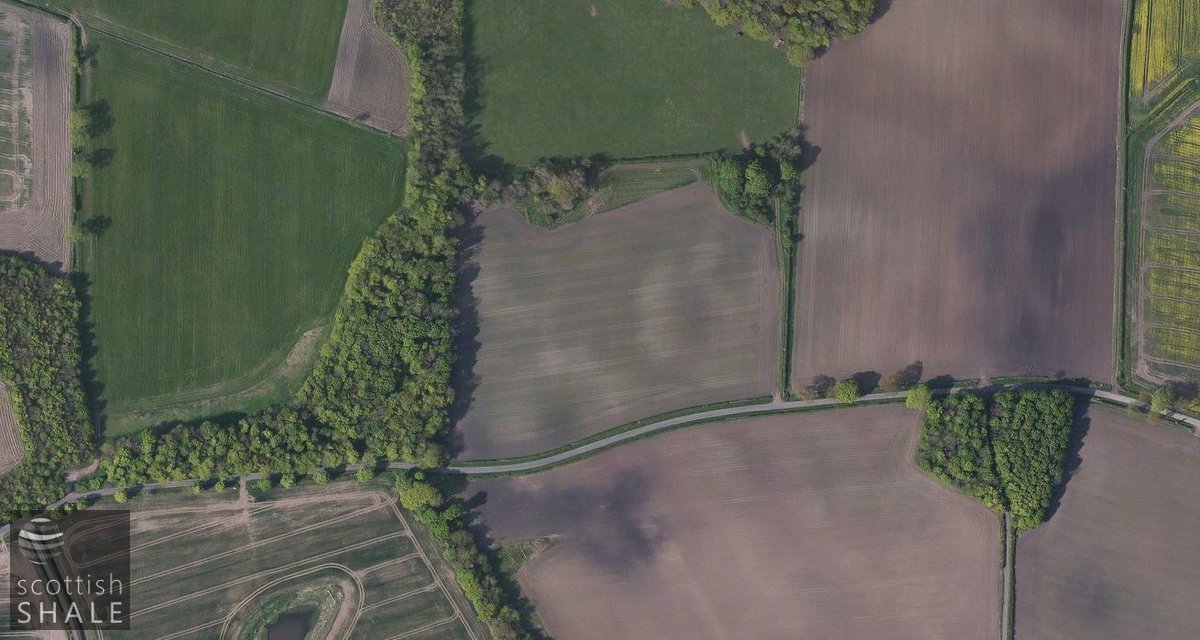 The Houstoun coal was found in many parts of West Lothian where oil shale was mined. It occurred in a seam little more than two foot high and was generally of poor quality. Its high sulphur content that made it unpleasant to use as a house coal, and give it a tendency to corrode boilers. It was most famously worked at Houstoun Colliery, near Houston House in Uphall, but during the first part of the 19th century was also worked in many other small pits in the area between Broxburn, Uphall and Ecclesmachan. Evidence of these early workings can still be found as humps and hollows in field margins and woods.

At Hillend colliery, just off the minor road linking Ecclesmachan and Faucheldean, the Houston coal was mined in a pit 10 fathoms (about 18m.) deep, described in the 1850's as “rented & worked by Mr. Wiley of Broxburn....the Coal is raised by a steam engine which is erected close to the pit....the proprietor is the Earl of Hopetoun”. The 1854 OS map shows the pit in operation, with a number of disused shafts lying to the west. A further small bing to the east, marked on later maps, suggests a subsequent phase of working. The workings were abandoned in 1876, having latterly been operated by the Uphall Oil Company. Today, evidence of all three areas of working can be seen among the trees and bushes of this pleasant countryside. 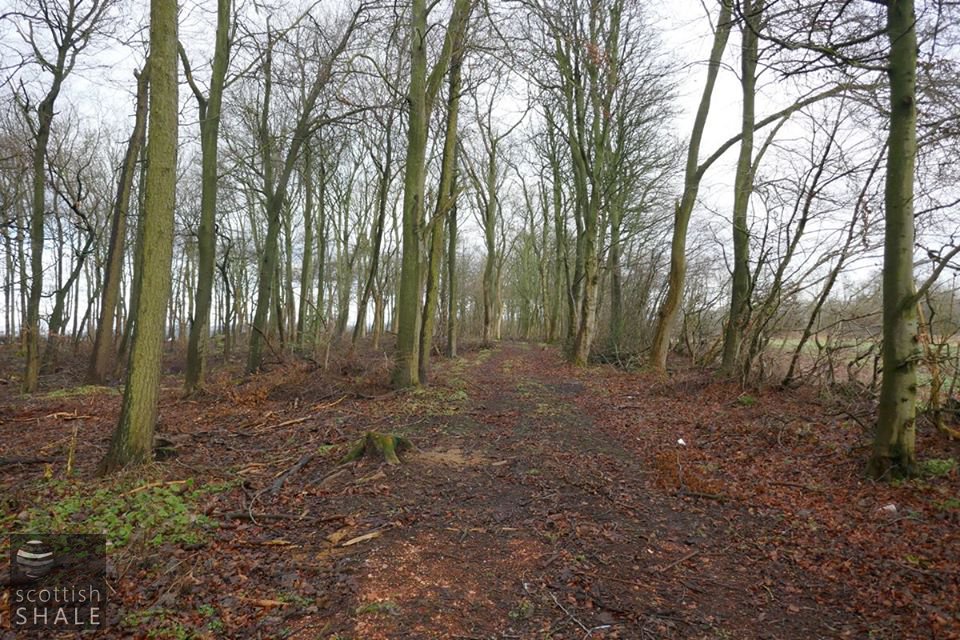 Track through the woodland, looking north, with early workings among trees to the left, and the pit active during the 1850's to the right, across the field. 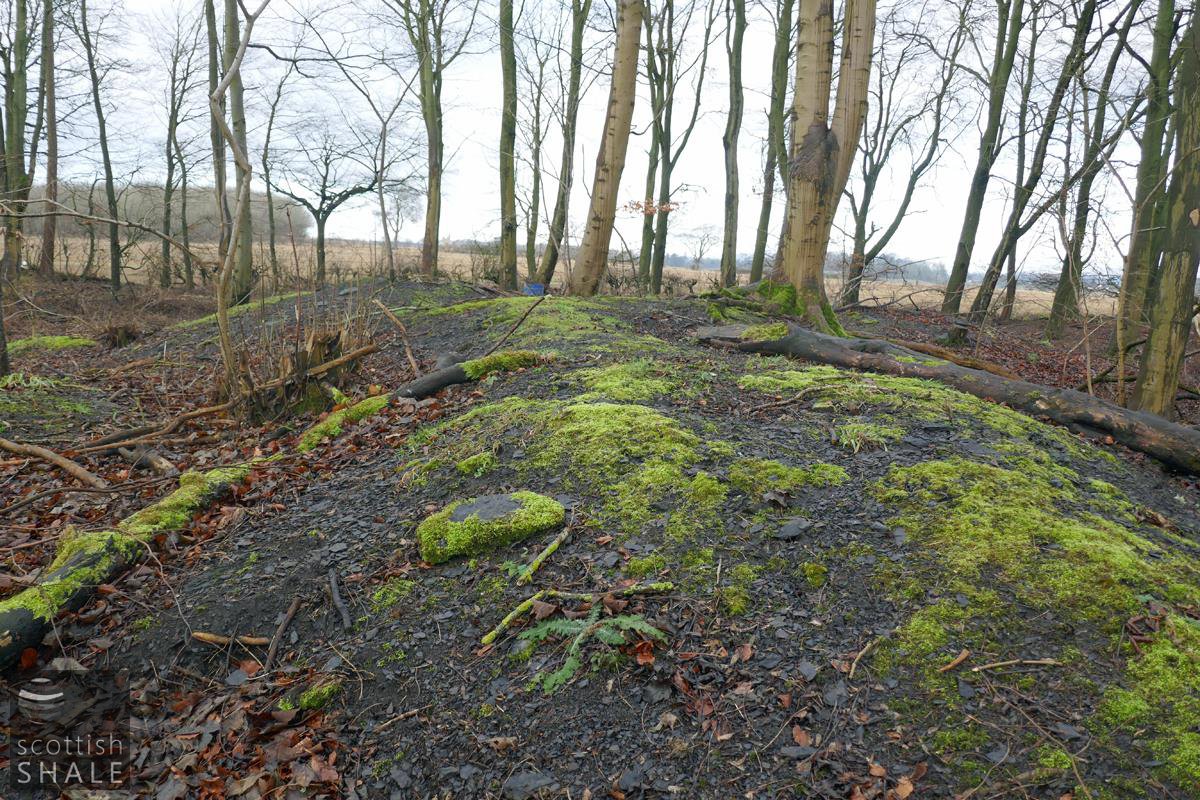 Site of abandoned shafts marked on the 1850's map. 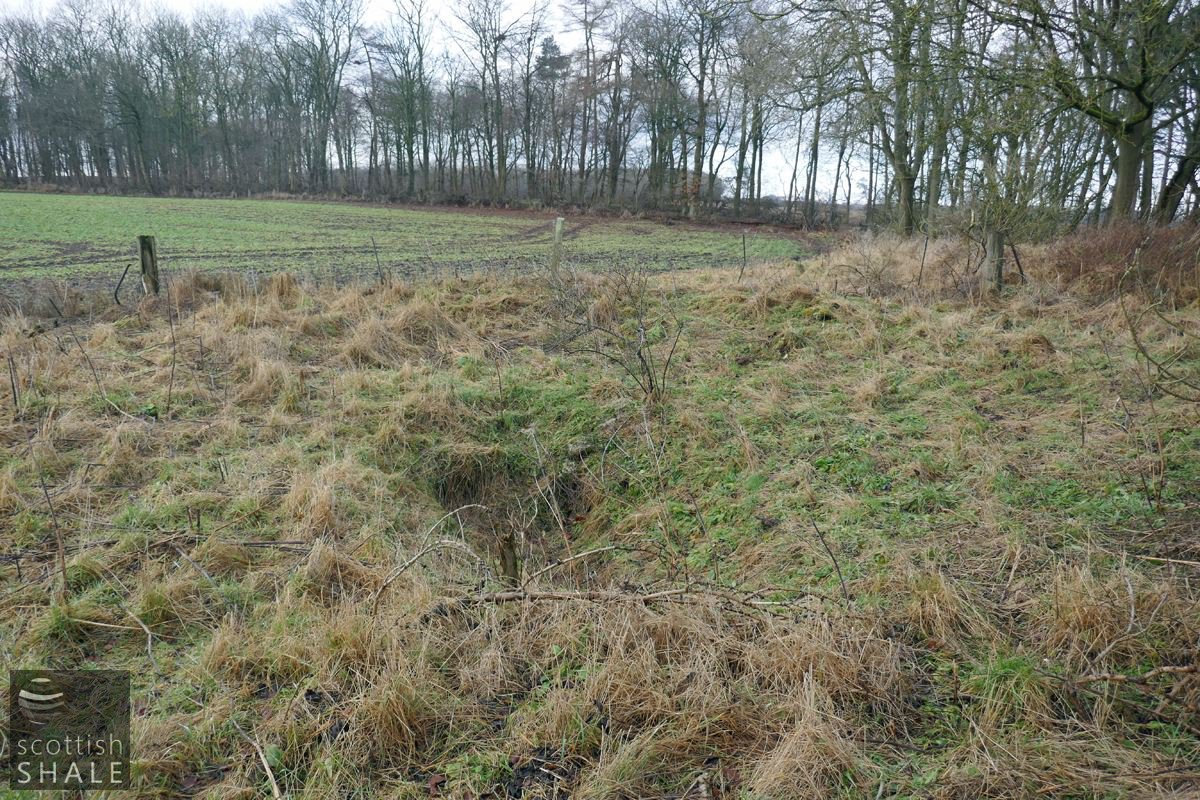 Site of shaft of the pit active during the 1850's. 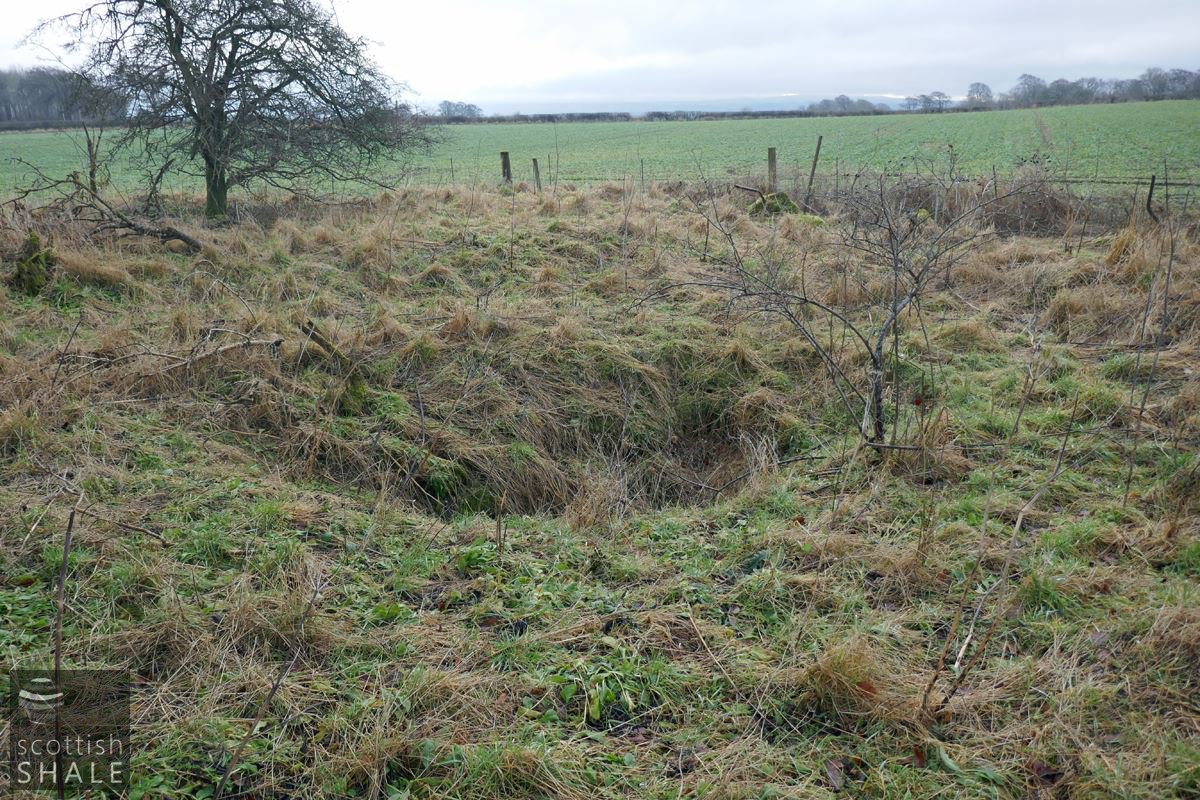 Depression on the site of the 1850's pit, looking south. 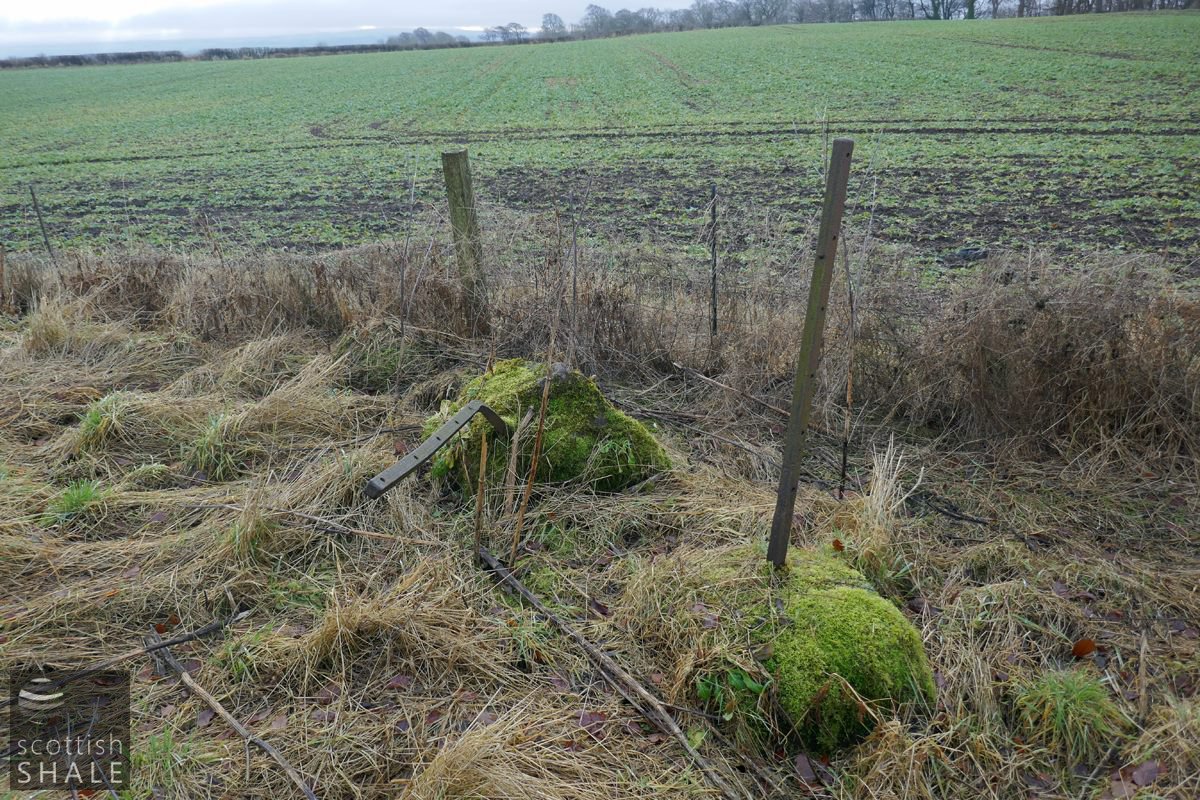 Remains of a heavy fence, most likely to protect the disused shaft.