The Hunt Through Livingston

Following the Linlithgow and Stirlingshire hunt. 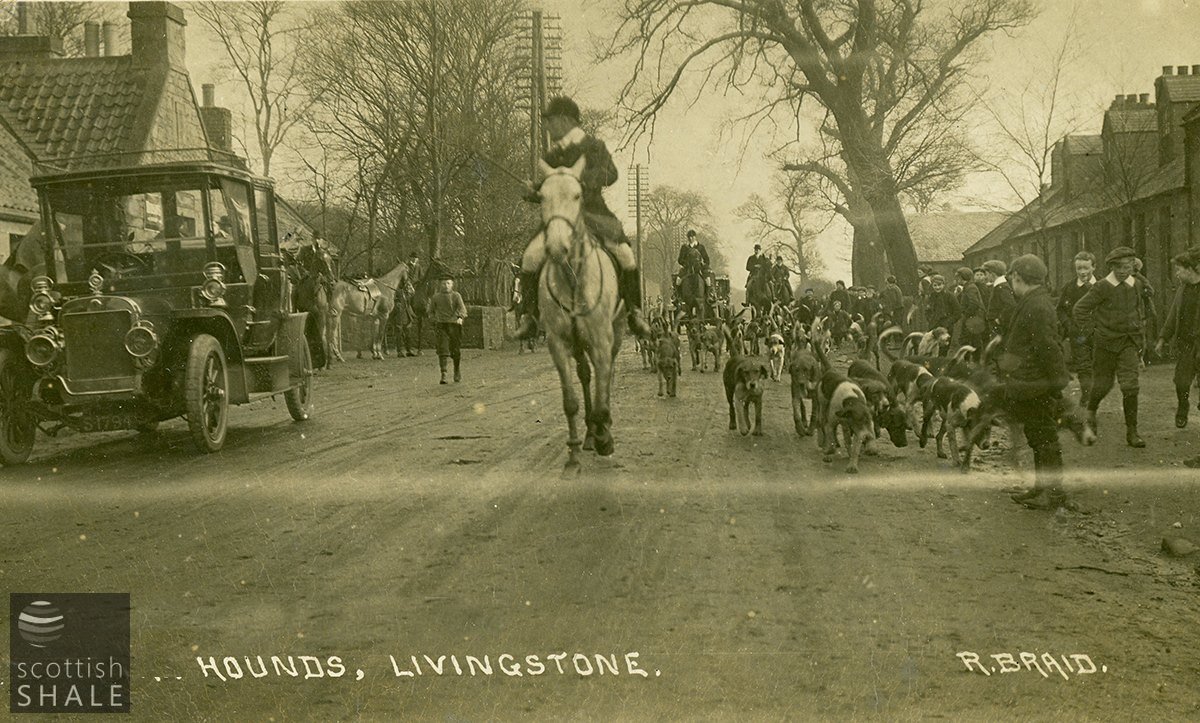 This postcard, by Livingston photographer Robert Braid, was taken close to his home in the village post office, probably around 1910. It’s from a similar viewpoint as our snowy masthead image. The local weans are lining the road, and as well as the smart motorcar on the left, further automobiles follow the horses, providing a comfortable way of following the hunt. 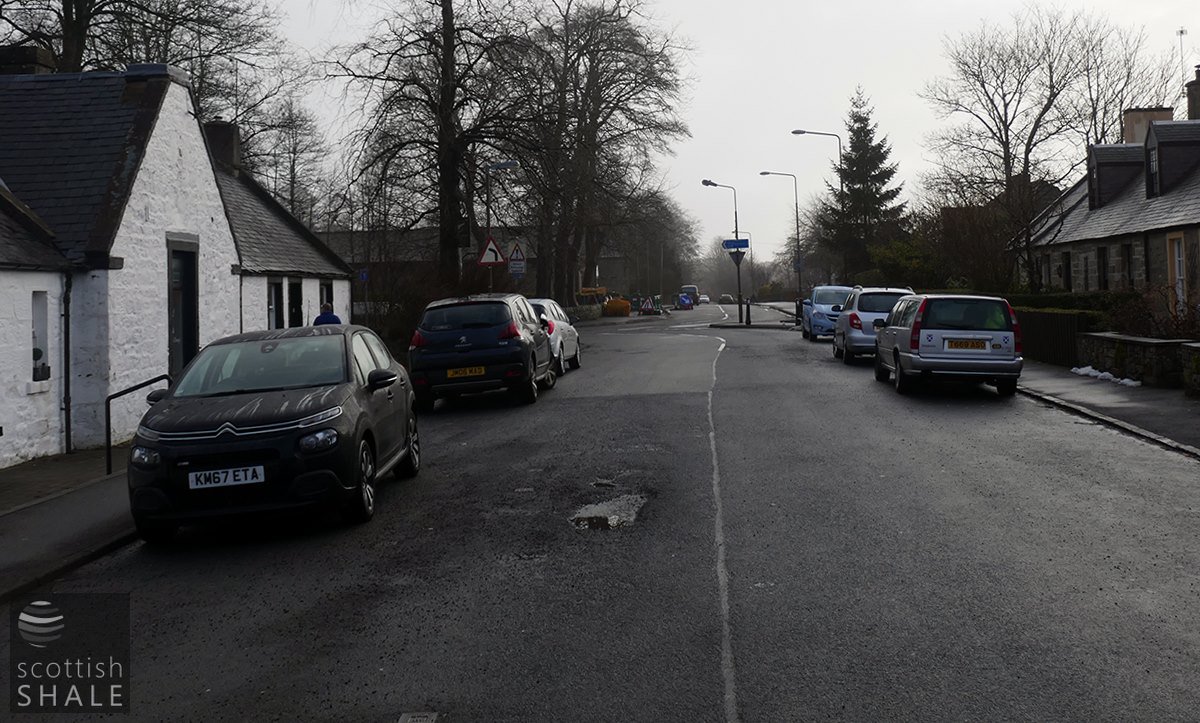 The same scene in the mists of this morning.

Local newspapers once carried regular accounts of the meetings of Linlithgow and Stirlingshire hunt, offering detailed descriptions of their excursions through the countryside, much in the same manner as a commentary on a football match or other sporting event. The hunt met at various of the large estates – in Livingston this was usually Howden house - before setting off to a nearby covert in the hope of flushing out a fox. Such coverts were areas of brush and woodland set aside on an estate specifically to provide cover for foxes and other game. Once a fox was in the open, the chase might take an hour or more, and extend over a distance of up to five miles, before the ultimate escape or death of the fox

Fox hunting was a pursuit for the privileged, but also provided an entertaining spectacle for the masses, as demonstrated by the hoard of excited weans in our photograph of the hunt passing through Livingston village. The hounds were the stars of the show (if you discount the fox) with the dogs of the L&S hunt bearing names like Famous, Farmer, Frantic and Furrier; Hemlock, Harkaway, Harlequin and Heedless.

The Linlithgow and Stirlingshire continued until 2002, when fox hunting was banned in Scotland. While few will regret the demise of hunting with dogs, studying the old newspaper accounts provides something of the flavour of a former age. You might even imagine the joy of galloping hell-for-leather through the fields and thickets of a sleepy rural landscape now lost beneath roundabouts, retail estates and fast food drive-ins. 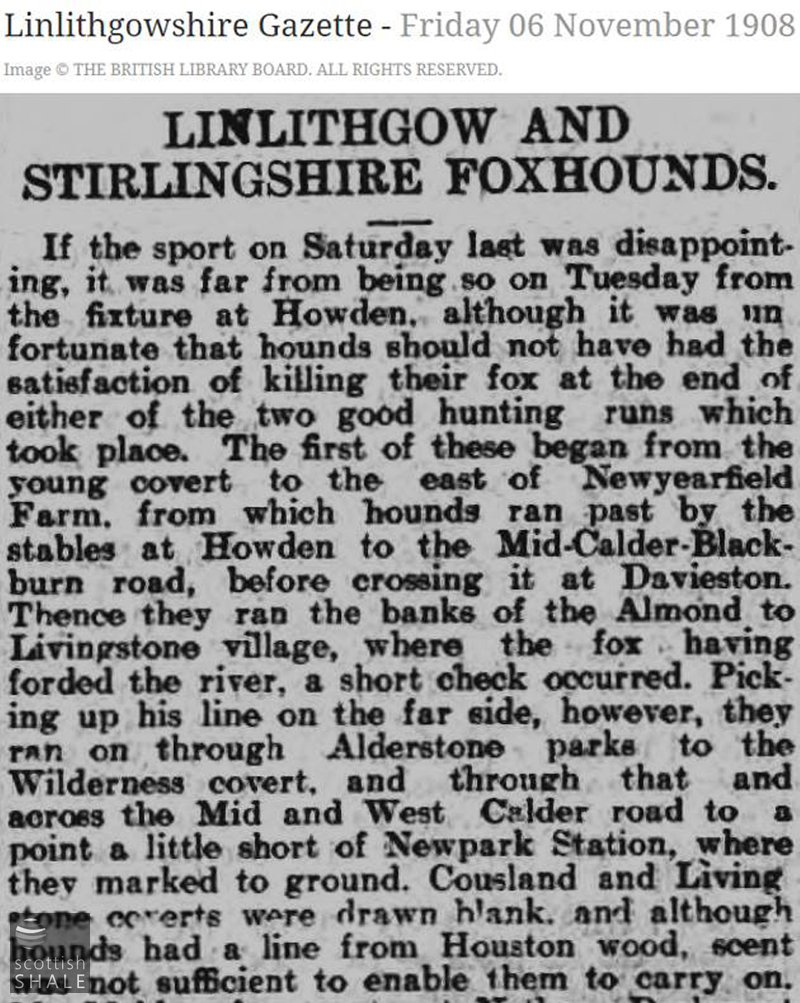 A typical account of a hunt - of the same period as our photograph. 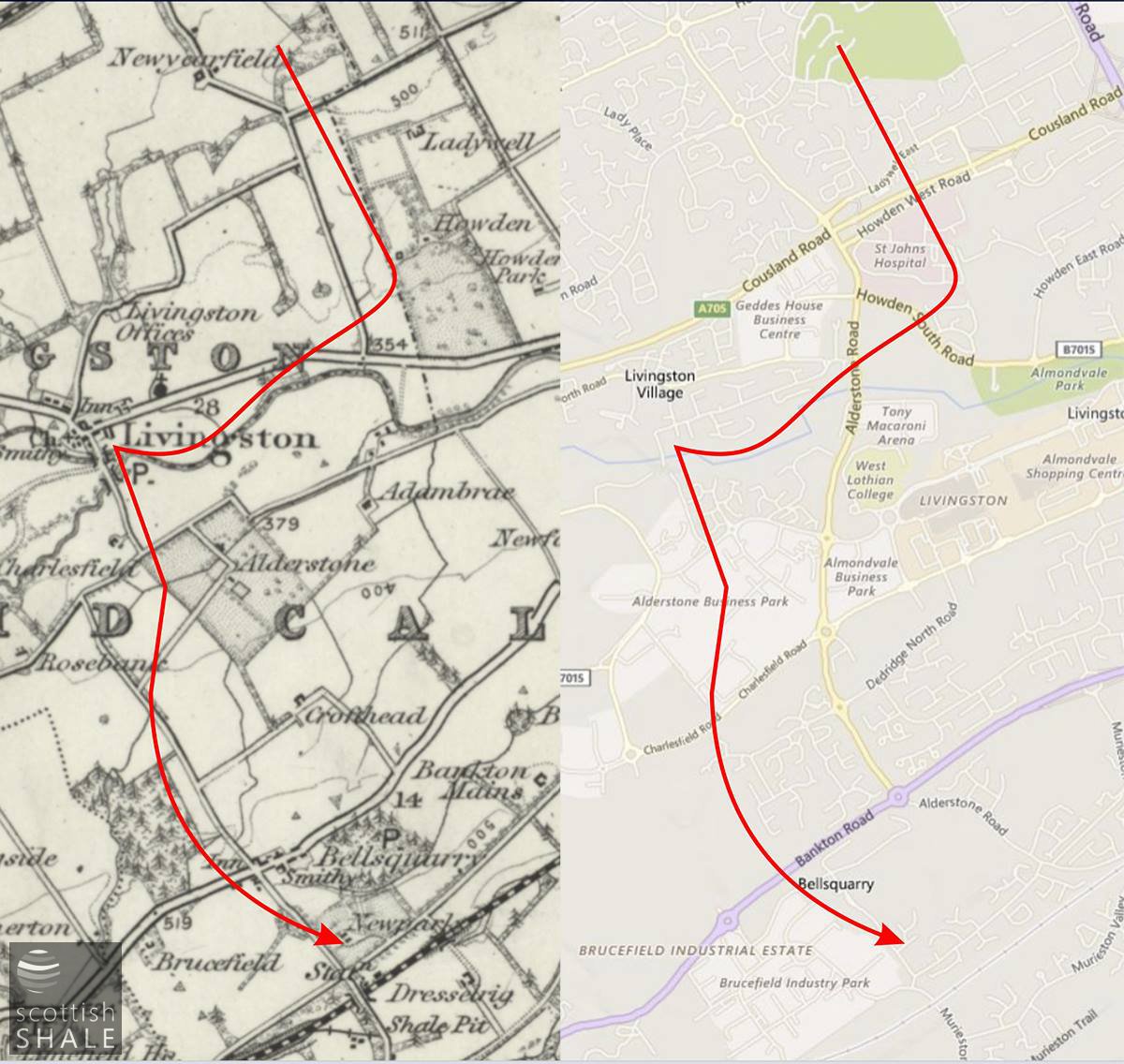