The Iron Men of Muldron 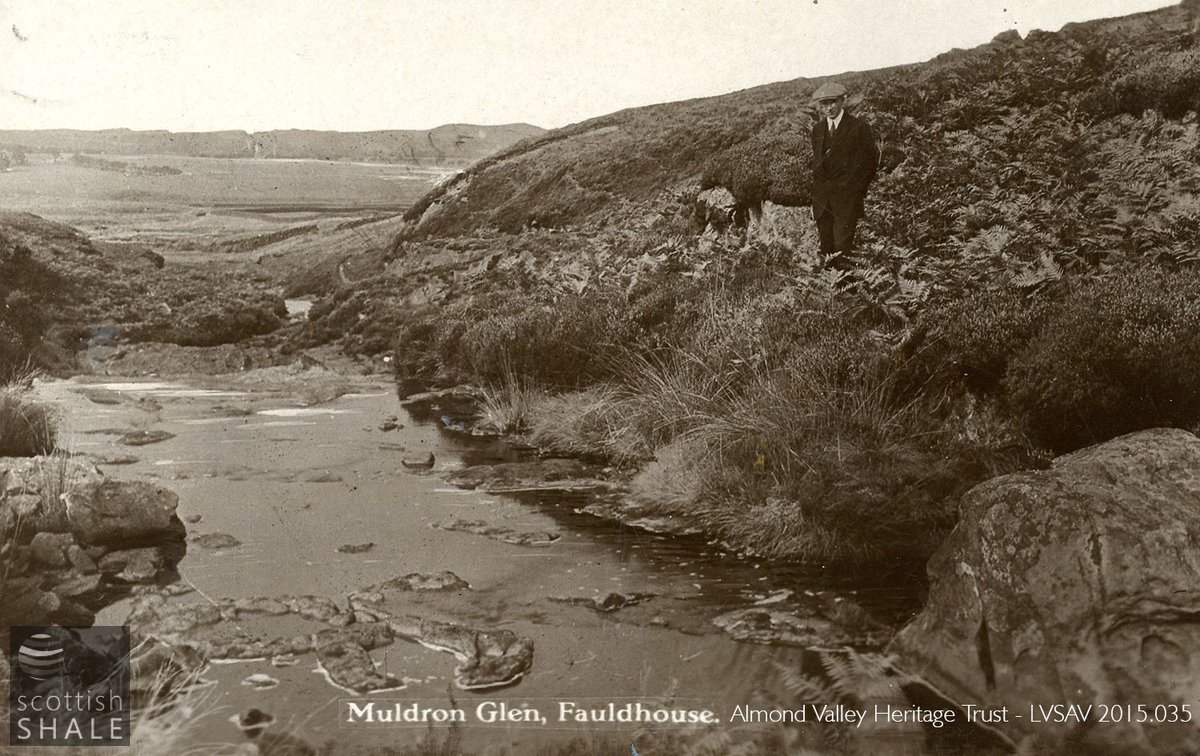 There's little trace of industry in this scene of the Muldron moors, probably taken in the 1920's. 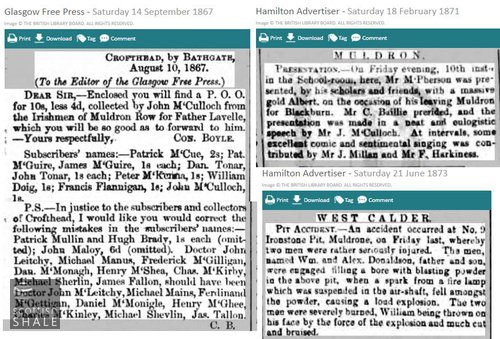 Seams of a rich curly clay-band ironstone were found in the lands of Muldron; a high moorland area in the westernmost part of West Calder parish, about a mile south of Fauldhouse. The Shotts Iron company were first to work the ore, which often occurred in large irregular nodules weighing up to a hundred pounds each. Muldron ironstone was used in the Shotts company’s first hot blast furnace built in 1832, and yielded an iron with a high phosphorous content, ideal for intricate iron castings.

In the early days, ironstone was worked in open pits and small scale underground workings, and the 1852 OS map shows a landscape already peppered with abandoned shafts, refuse tips; with about five operational ironstone pits. Mineral rights passed to the Coltness Iron Company during the 1860’s and a branch of the Caledonian Railway serving the Muldron pits was opened in about 1870. By the time of the next OS edition in 1893, ironstone working had been largely abandoned, with a complex network of abandoned tramways, waste heaps, and other earthworks only hinting at the activity that had taken place. The last Muldron pit closed in 1901.

Some men will have walked to work from Crofthead (Fauldhouse), or from distant Wilsontown, but a small settlement was also established at Muldron. The OS name book records Muldron Row as a “small row of cottages….. occupied by miners” beside the road from Headlesscross. Census and valuation records show that a second row of houses, a company school (closed c.1874) and accommodation huts were later built, although these all seem to have been cleared prior to the 1893 map. The large majority of the ironstone miners are recorded as having been born in Ireland.

On abandonment of mining activities, Muldron moor reverted to sheep and game, then during the 1970’s, over 1000 acres were planted as commercial woodland. Large areas of forest have recently reached maturity and been felled, and new tracks installed to serve a massive windfarm development, again revealing the humps and hollows that are a fascinating legacy of early 19th century industry. 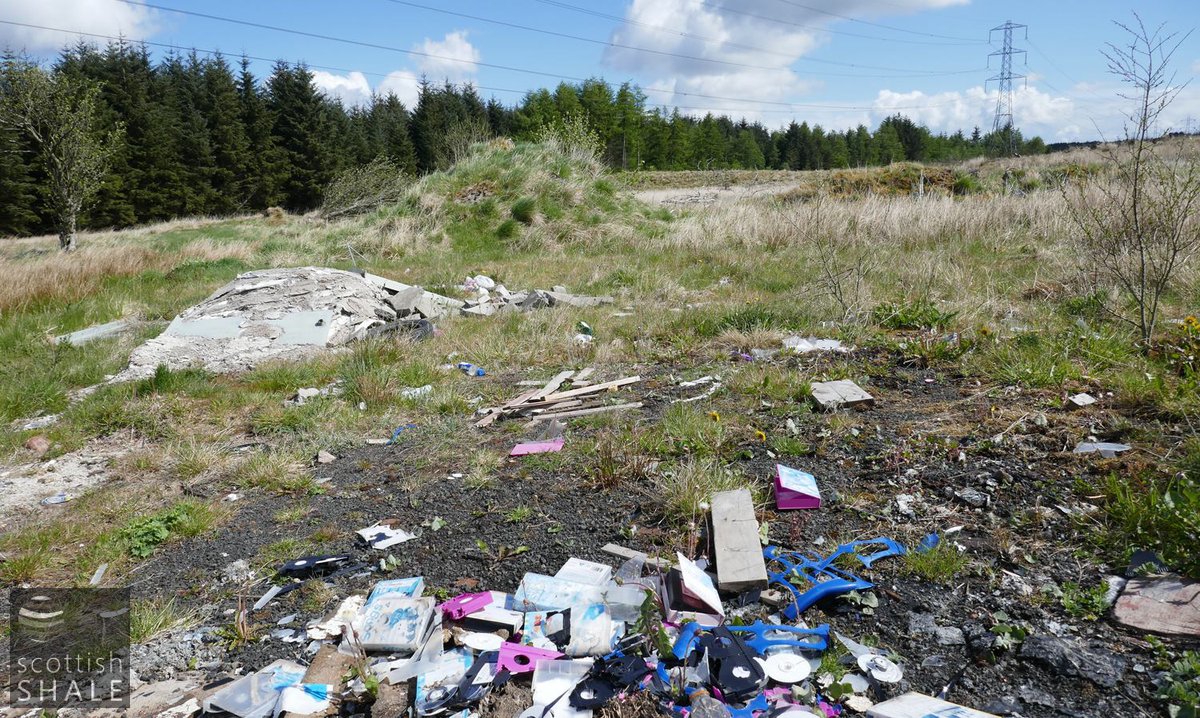 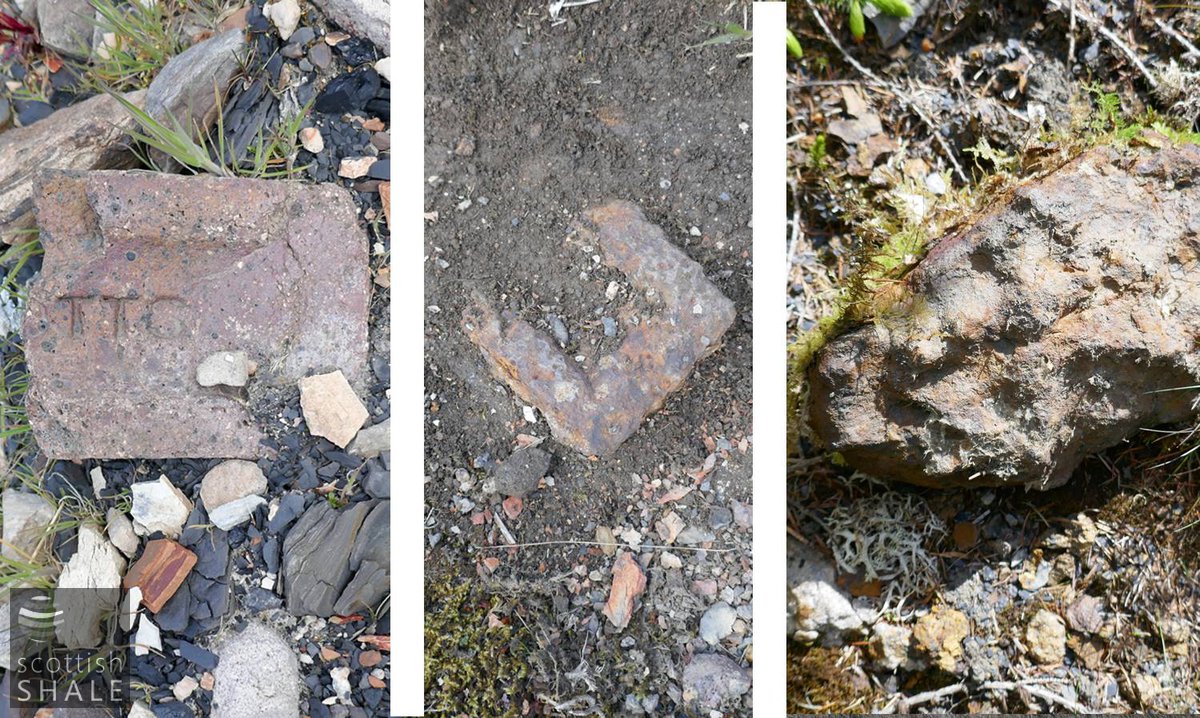 Some interesting objects underfoot. Part of a Shotts brick, buried cast iron (probably a rail chair) and an ironstone nodule. 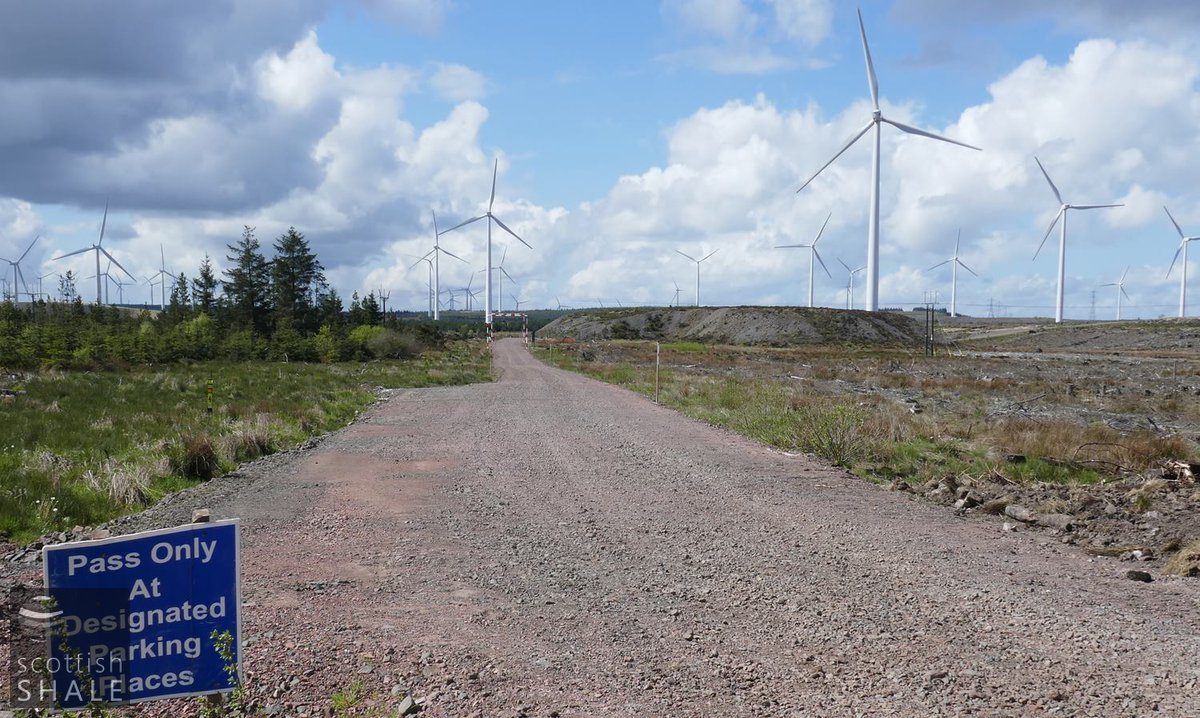 Ironstone bing with windfarm, on the west side of the road from Headlesscross. 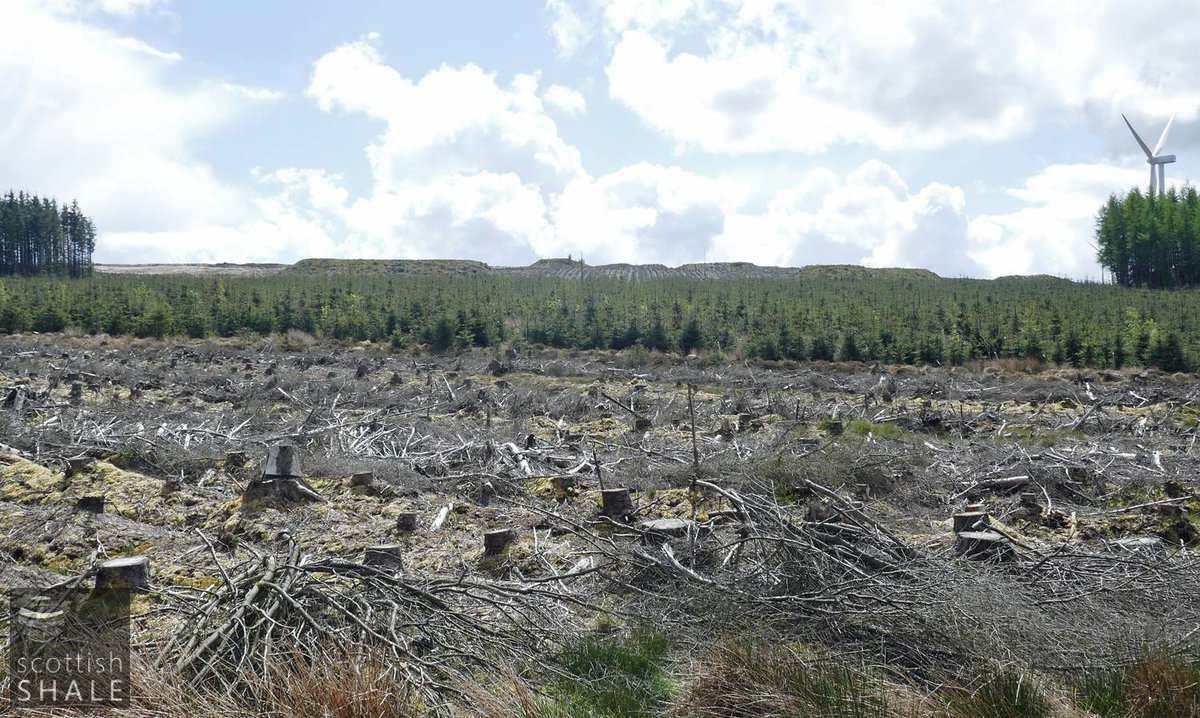 The tips of early ironstone pits at Gladsmuir outlined on the horizon. 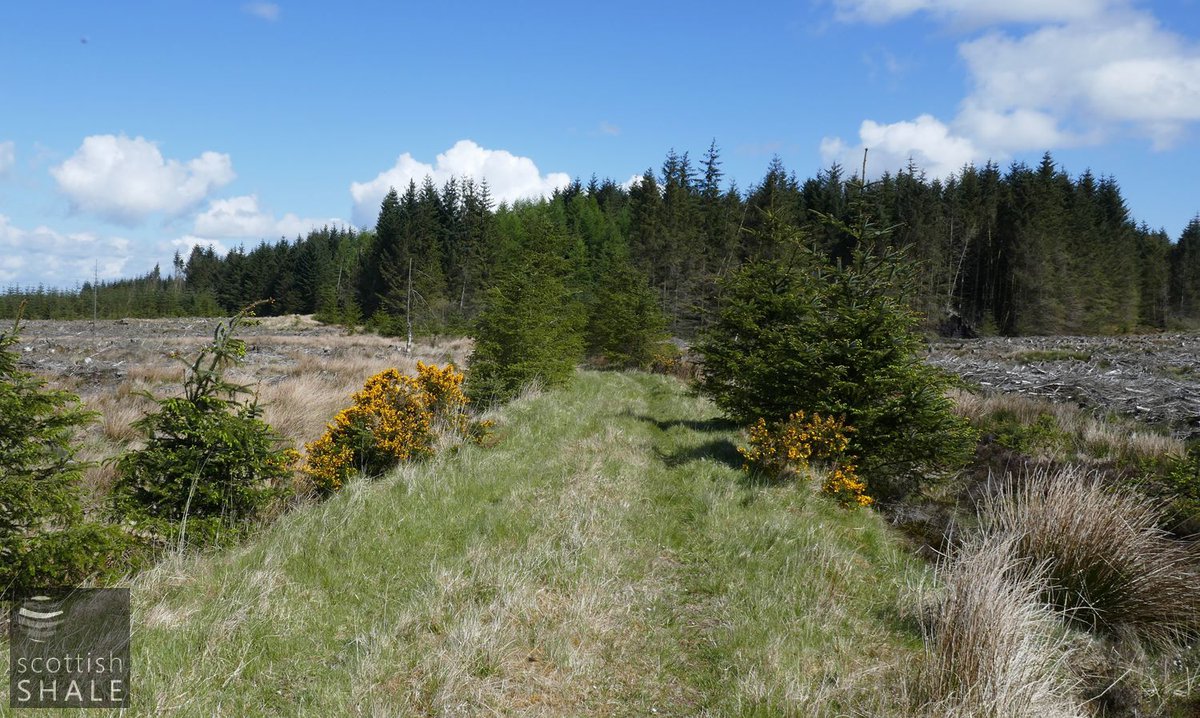 Well defined track of a mineral tramway, probably abandoned since the 1880's. 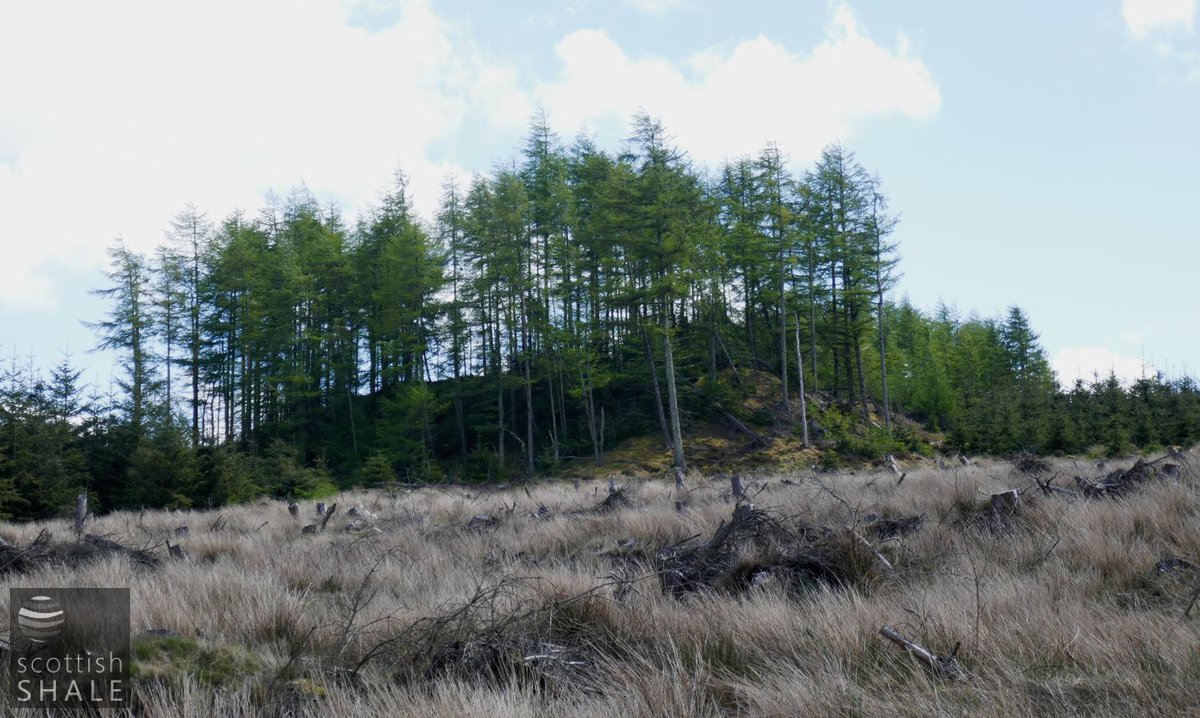 Many tips from ironstone workings now form larch-clad islands in the landscape. 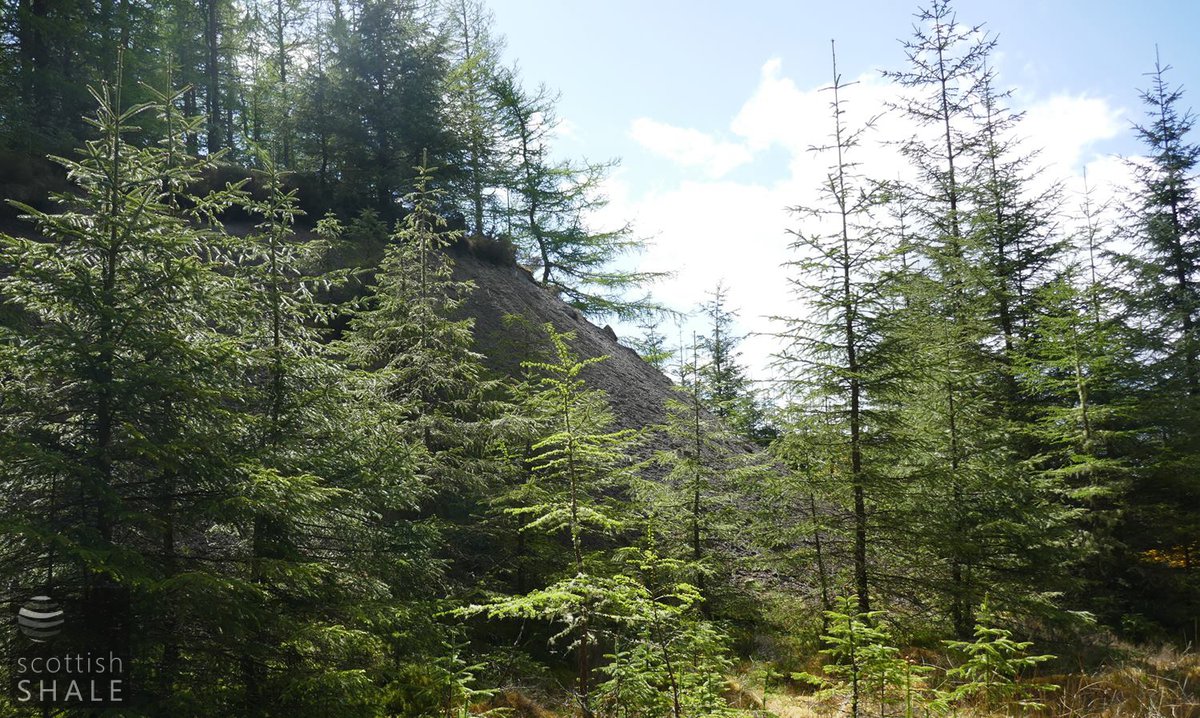 The eroded edge of an ironstone bing. 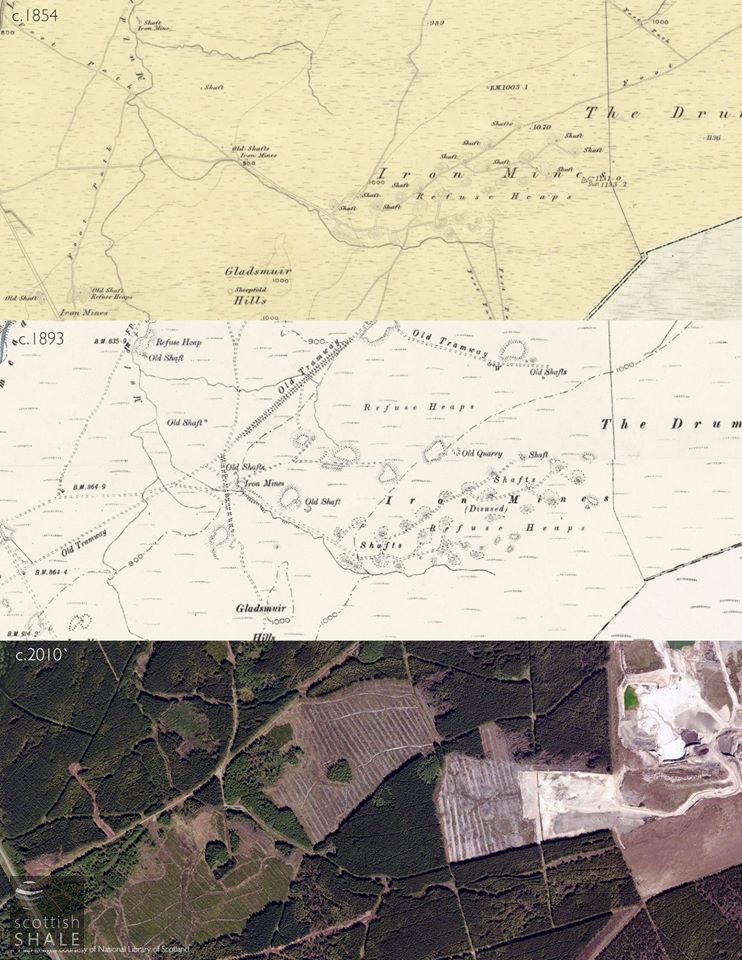 6" OS maps of the Gladmuir hill area of Muldron, which seems to have the focus of most of the early ironstone working. The aerial view show many of the waste tips as bright green islands of larch trees.