Jean, Willie and the Weans

A street scene in East Whitburn 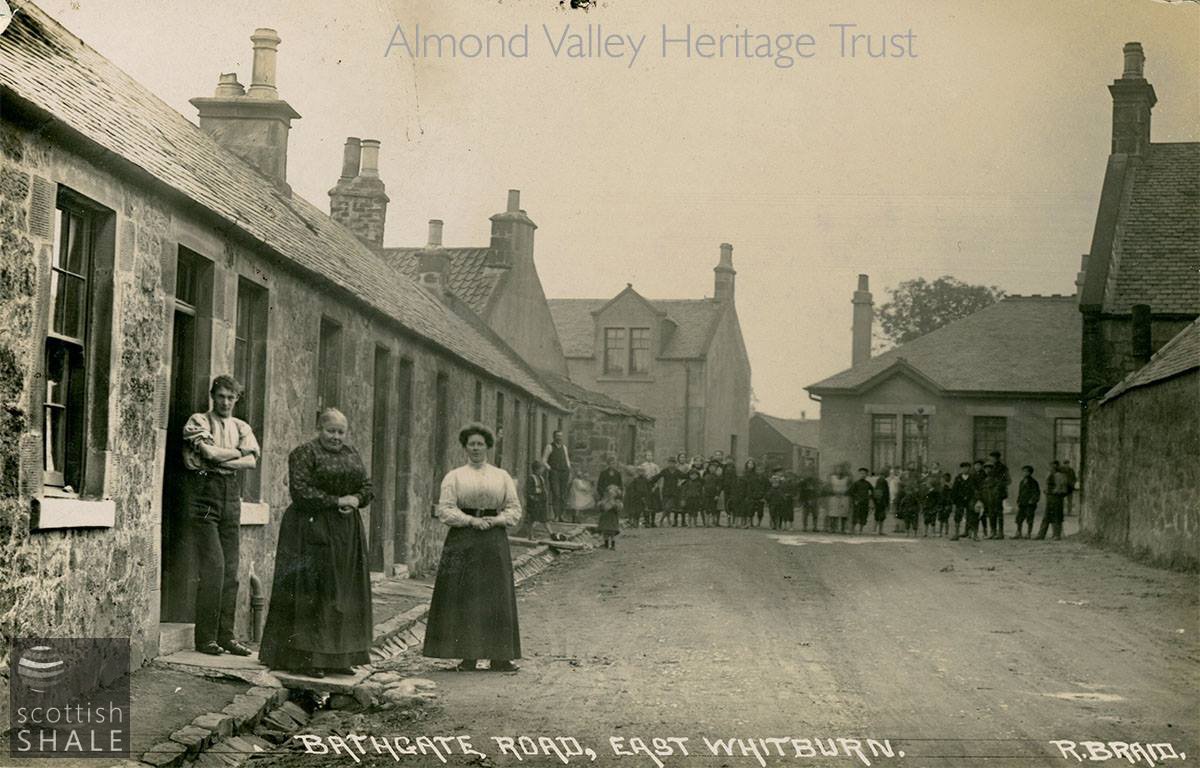 The hamlet of East Whitburn grew up around the junction of the Cleuch road from Bo’ness via Bathgate, and the great turnpike road between Edinburgh and Glasgow. A toll bar placed across the Cleuch road collected charges from traffic joining the turnpike road from the north. Nearby an inn with stables and a substantial garden provided necessary hospitality for travelers on the great road. During the 1780’s the inn-keeper was a Mr. Philip Swan, and the hostelry continued to be known as the Swan Inn, remaining the focus of this small community for almost a century. Many of cottages clustered around the inn were the homes and workshops of hand loom weavers. 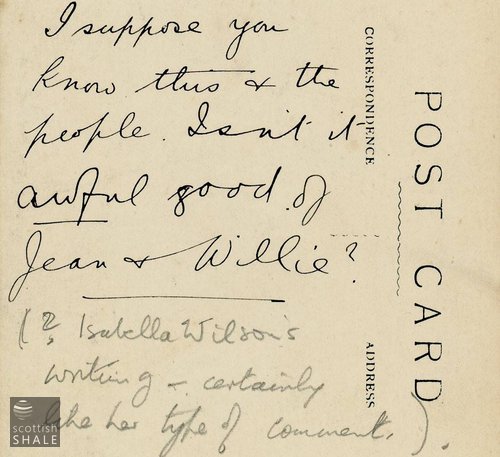 The opening of East Whitburn station on the Wilsontown, Morningside and Coltness railway brought new importance to the village, but up until the end of the 19th century it remained a small community of little more than 150 souls.

In 1899 Robert Forrester & Co. began construction of a new village of miner’s rows on the south side of the Edinburgh to Glasgow road to house the workforce of their new Whitrigg colliery. The 47 new homes more than doubled the size of the village, and a further hundred homes were soon added. Licensing authorities were persuaded to permit the opening of a new public house to serve the village; operating on the “Gothenberg” principal. The colliery manager held the drinks licence and devolved operations to an “experienced and competent” barman in an arrangement designed to kerb the evils of excessive consumption of inferior quality drink. Profit from the Goth funded construction of a reading room and other community facilities.

Our photo, taken in around 1910 captures part of the old 18th century hamlet and a little of the newly built colliery village. With his usual showmanship, photographer Robert Braid has assembled over sixty residents and lined up most of the weans of the village to block off the Bathgate road. Behind them are buildings recently constructed for Forrester & Co, including the public reading room. On the far right is the gable end of a villa probably built in the 1880’s, while the row of stone-built cottages and the pantiled building behind, that fronted onto Main Street, appear to date back to the days of the Swan inn and the turnpike road.

A note on the back of the photo states “isn’t it awful good of Jean and Willie?”. Perhaps the matronly lady standing outside the cottage was Jane Edmondston, with her son William standing beside her?

The stone cottages and other early buildings seem to have been demolished immediately prior to the second world war, at about the same time as construction of new public housing along Bathgate Road, Torbane Avenue and Torbane Drive. The colliery company buildings to the south of Main St. succumbed to the bulldozer in the early 1960’s to be replaced by the new housing of Almond Square.

The stone wall and the Victorian cottage on the right of the photo are the only parts of this scene that remain to this day. The gable end of the cottage seems to incorporate parts of an earlier structure, perhaps one small surviving remnant of the 18th century village. 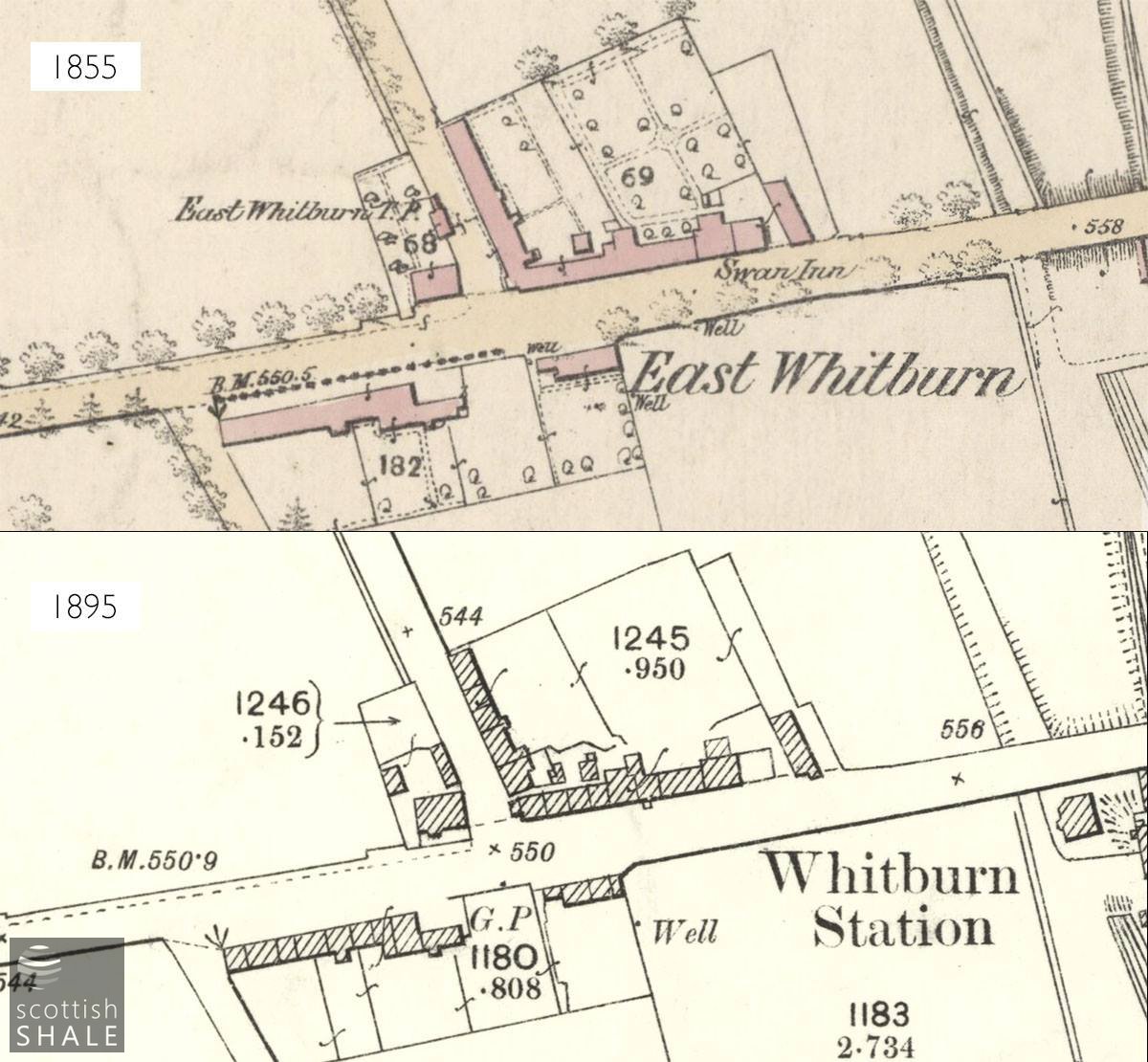 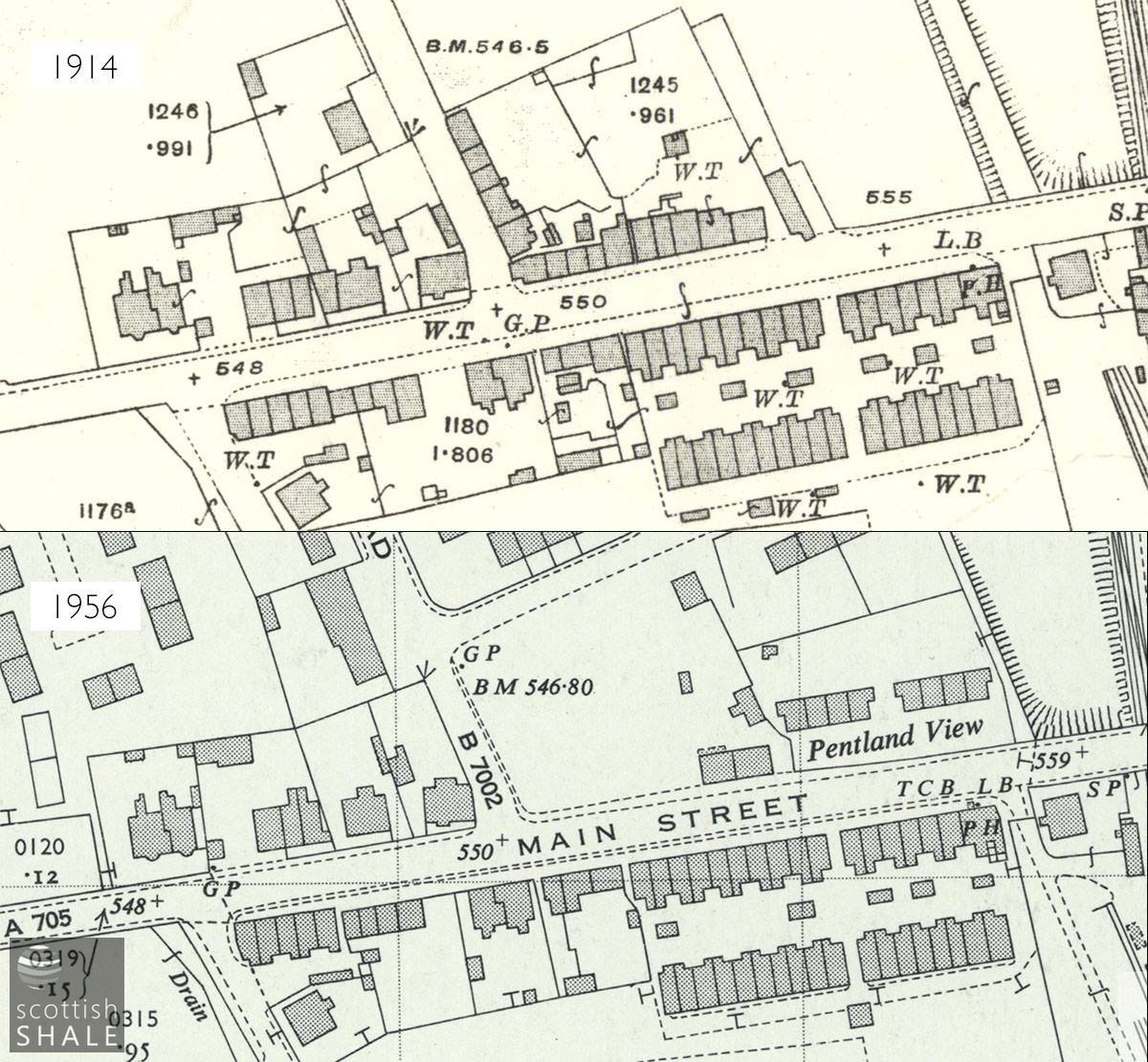 25" OS maps, courtesy of National Library of Scotland.
The colliery village was complete by 1914 and remained intact in the 1956 map. 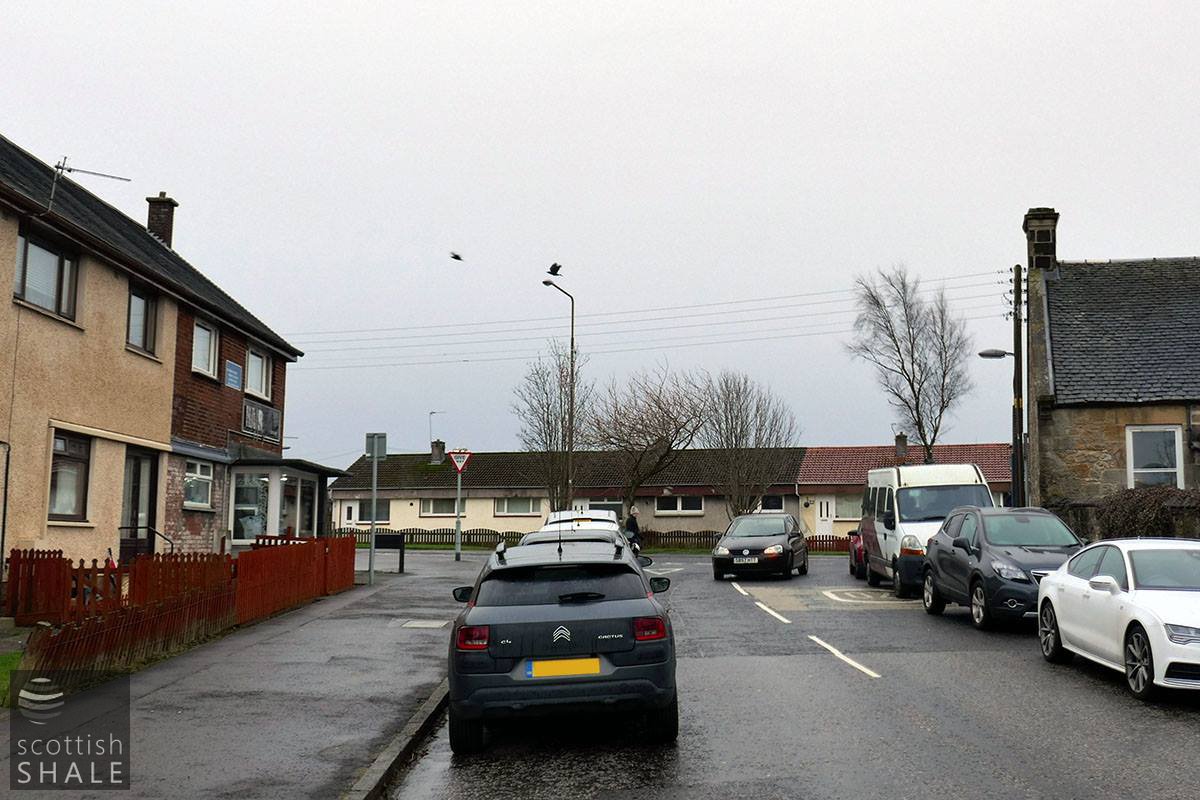 The same scene on a gray December day. The villa and wall to the right are the only constant features. 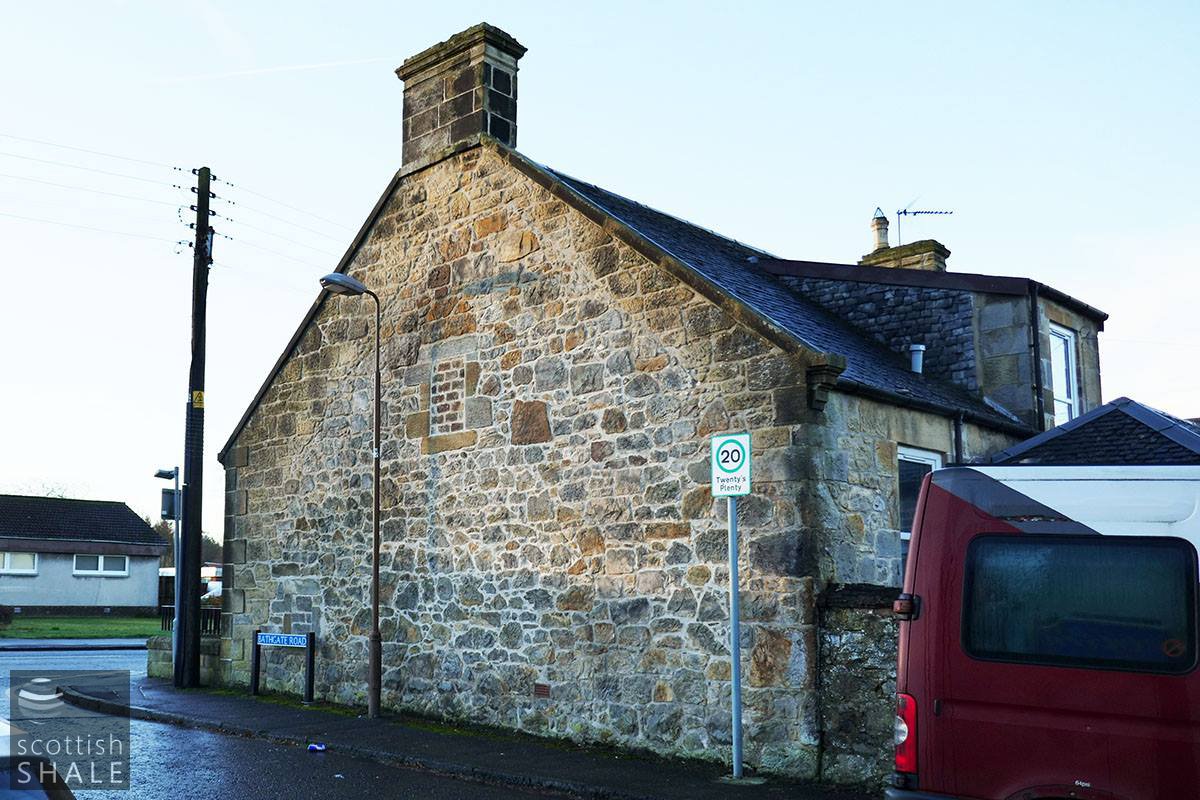 The Victorian cottage on the corner of Bathgate road and Main Street. The end gable seems to preserve the outline, and incorporate the much rougher stonework, of an earlier building. 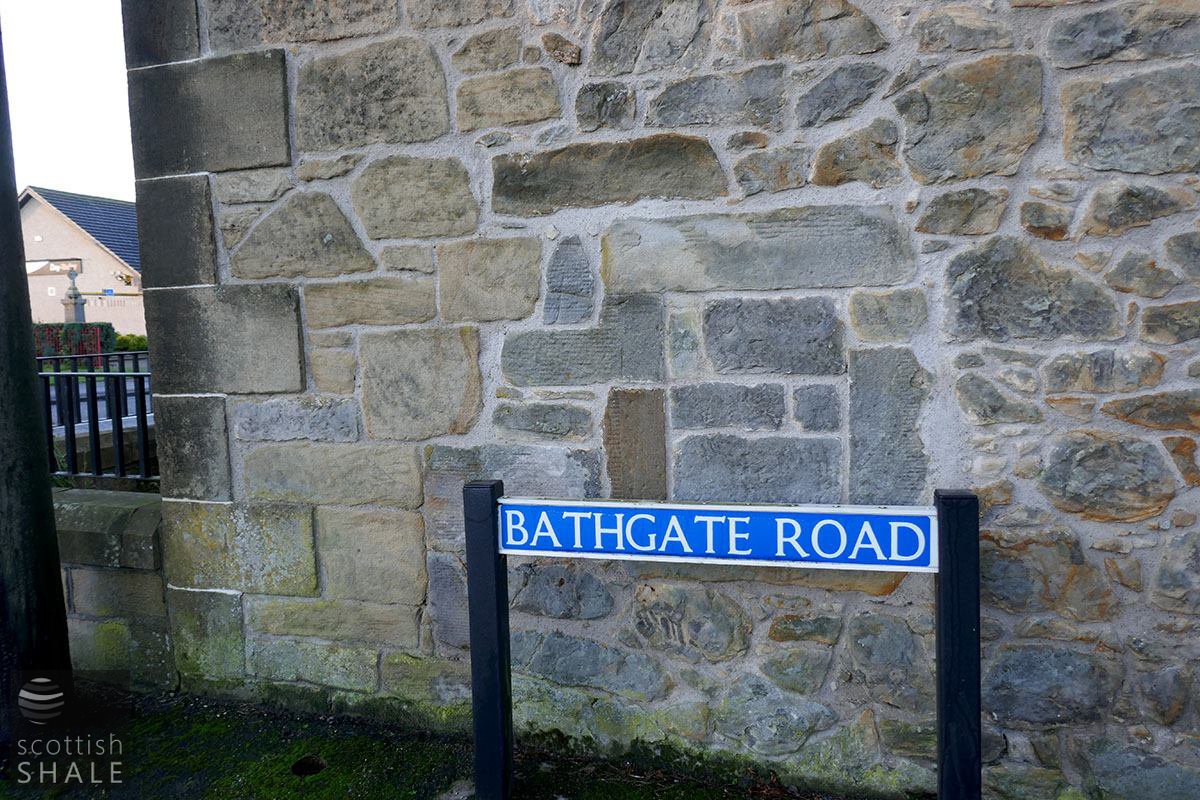 A secret portal to the 18th century? 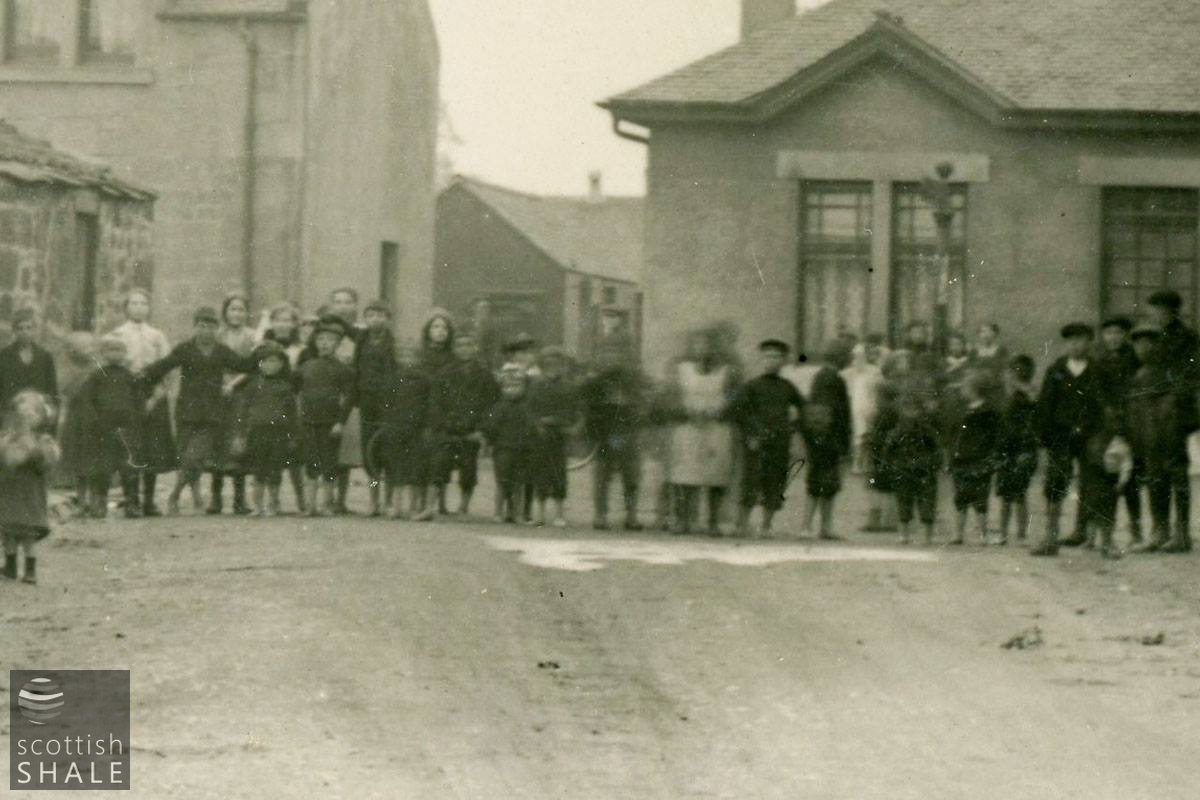 A close up showing the weans - not all with shoes. 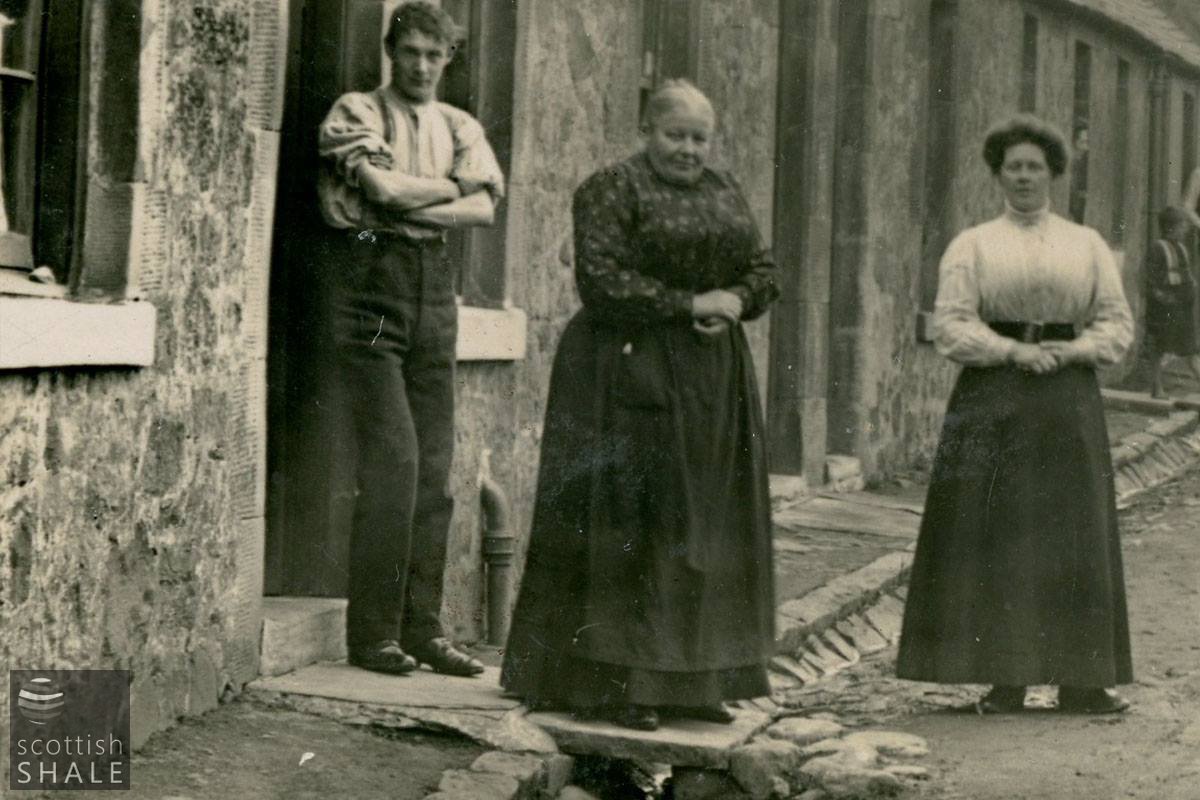 The 1911 census records that one of three cottages on Bathgate Road was occupied by William Edmonston, age 62, a coal hewer, his wife Jane (52), son William (17) an apprentice joiner, and daughter Helen (16) a dressmaker.
Were these "Jean and Willie" and also Helen?