Keeping it Clean in Pumpherston 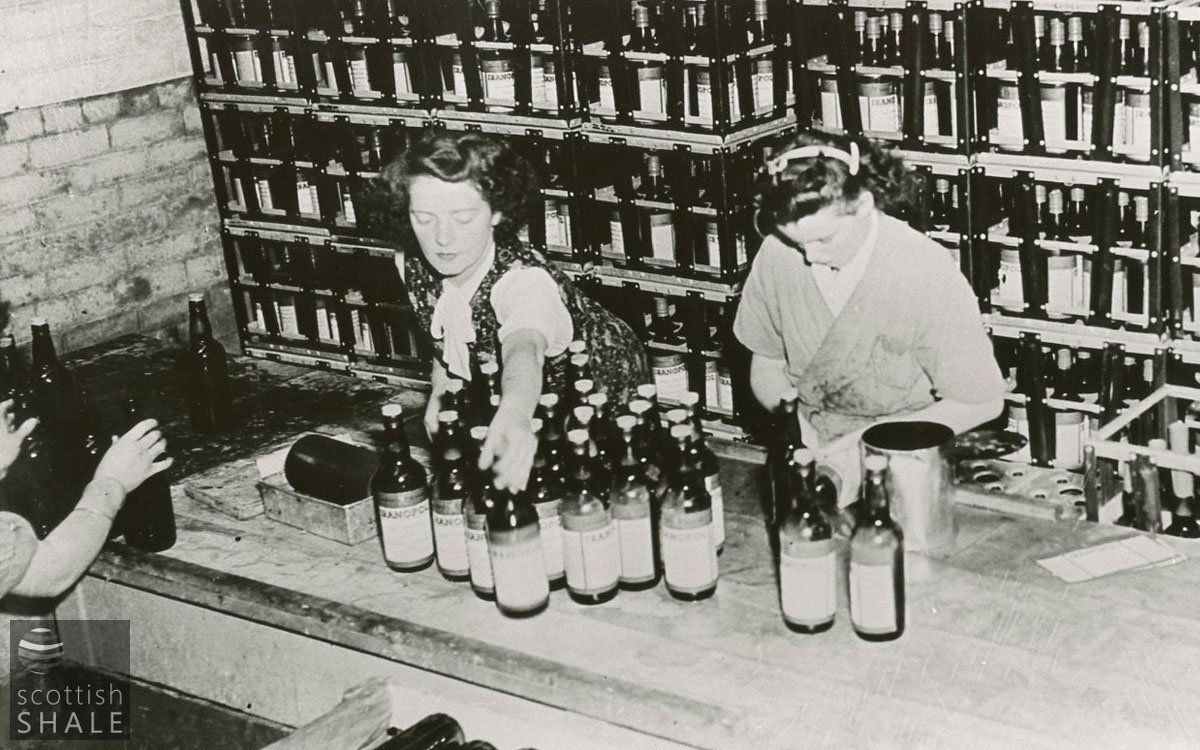 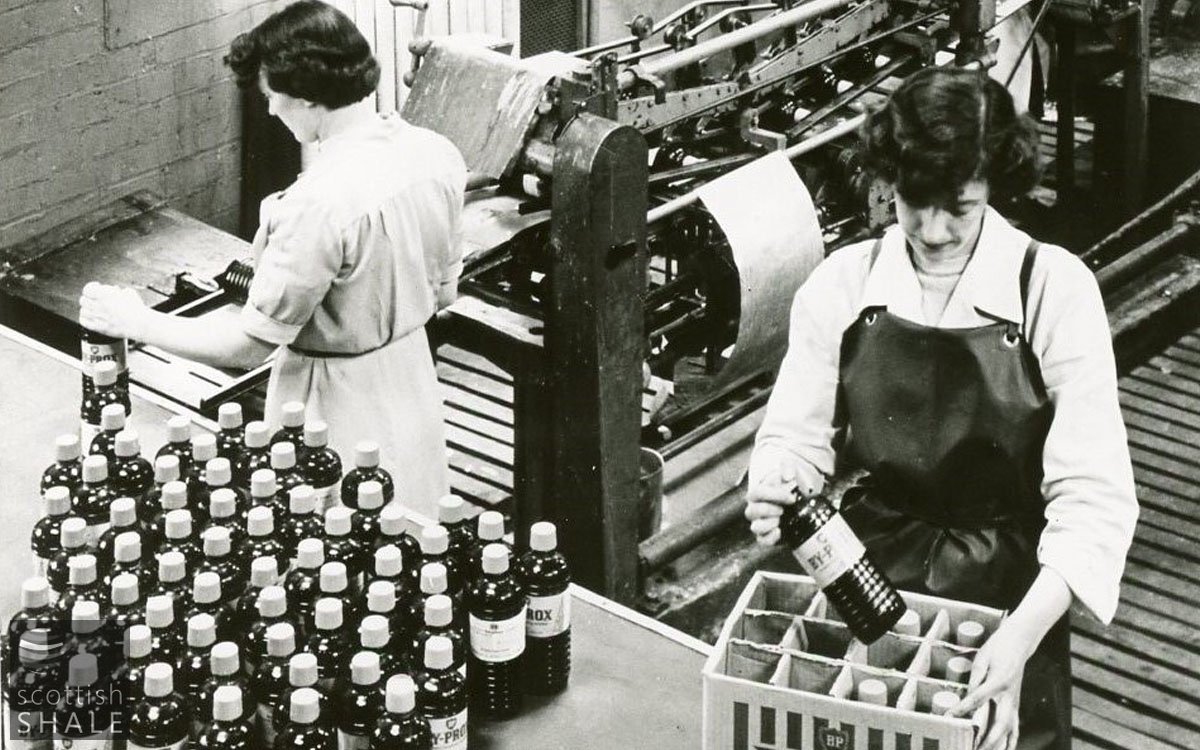 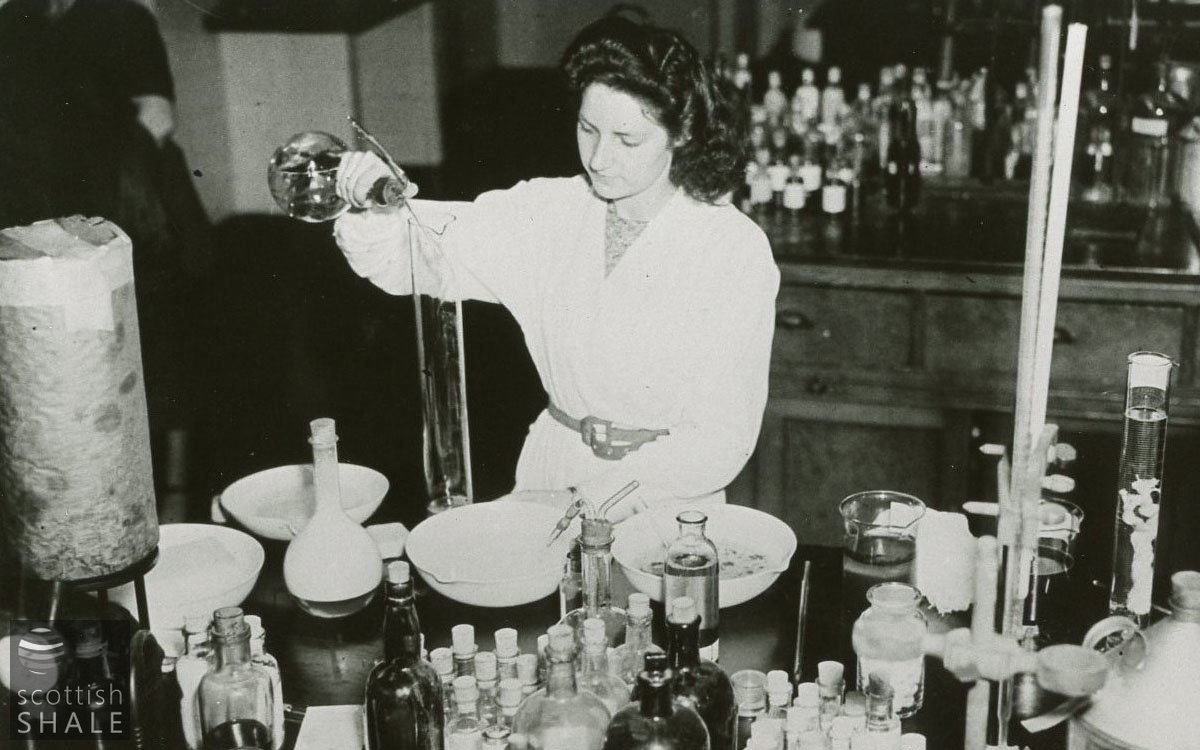 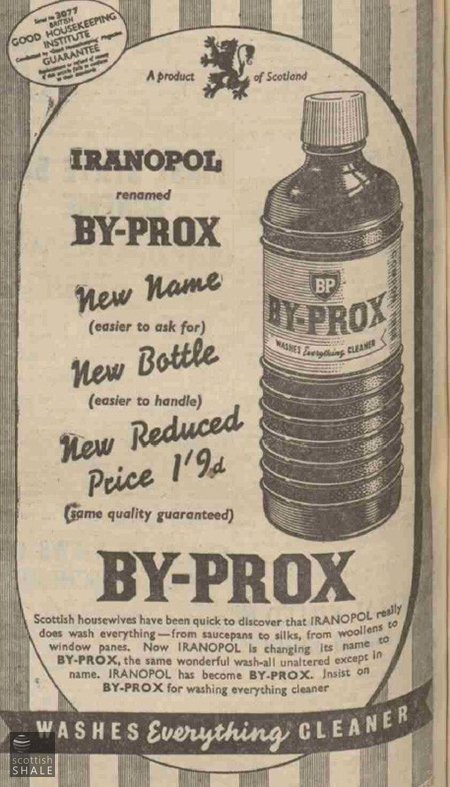 It was hard to stay clean during World War Two. Most soap at that time was made from the same fats that were in great demand for food production and in the manufacture of explosives. Soap was placed on the ration in 1942, with families limited to a few bars per month, and continued to be restricted by ration coupon until 1950.

The science of creating artificial detergents was well known before the war, but none had been produced on a commercial scale within the UK. In the dark days of shortage following the war, it was left to the ingenious chemists of Scotland's shale oil industry to find a practical way of producing a new “soapless soap”, through treating oil fractions with sulphuric acid to create alkyl sulphate detergents. Work on the project began in 1946 , initially in the Middlesex laboratories of the Anglo-Iranian Oil Company and then at Scottish Oil's laboratories within the grand surroundings of Middleton Hall in Uphall.

The following year, a pilot plant was hurriedly put together at Pumpherston Refinery. Post-war shortages of steel and other basic materials were overcome by salvaging components from old shale oil works which had been run into the ground during the war and were by then only fit for scrap. Many of the tanks, pipes, and fittings used in the detergent plant came from the demolition of Hopetoun and Deans oil works. One reporter described the plant as “a vast array of pipes, switchgear, tanks and motors which seemed.... like some of the creations of the late Heath Robinson”. The enterprise attracted a lot of local attention, and as the processes were perfected, it seems that quite a lot of product found its way into the local community. Gleaming white clothes soon adorned the washing lines of Pumpherston rows.

In Summer 1948, “Iranopol”, the new wonder soap, was ready to be launched on the world, supplied in plain wine-style bottles and large drums. Many local women found work on the production line and new bottling plant. Until Iranopol, people had been used to soaps coming as blocks, flakes or powers, so effort had to be invested in explaining how to use the new “honey coloured liquid with a fresh hint of pine”. Consumers were wisely warned “It's not poisonous in the accepted sense of the word, but wouldn't make a very pleasant drink”. Adverts boasted that the all purpose wonder-soap was equally suited for washing “blankets, linen, upholstery, baths, chrome fittings, mirrors, and paintwork”. In addition to being the solution to all household cleaning needs, it also had the big advantage of being unrationed. You could buy as much as you liked without using your precious coupons.

The detergent was a great success, although the clumsy Iranopol name was soon abandoned in favour of “By-Prox”, referring to its proud association as a by-product of the shale oil industry. It was hoped that production of this innovative new detergent would be the “elixir that this tough old industry needs to weather its economic storms.

The detergent plant certainly brought new life to Pumpherston, and prospered long after the closure of the shale oil industry in 1962. Industrial detergents, and cleaning products of all kind, continued to be proudly made in Pumpherston until 1993. 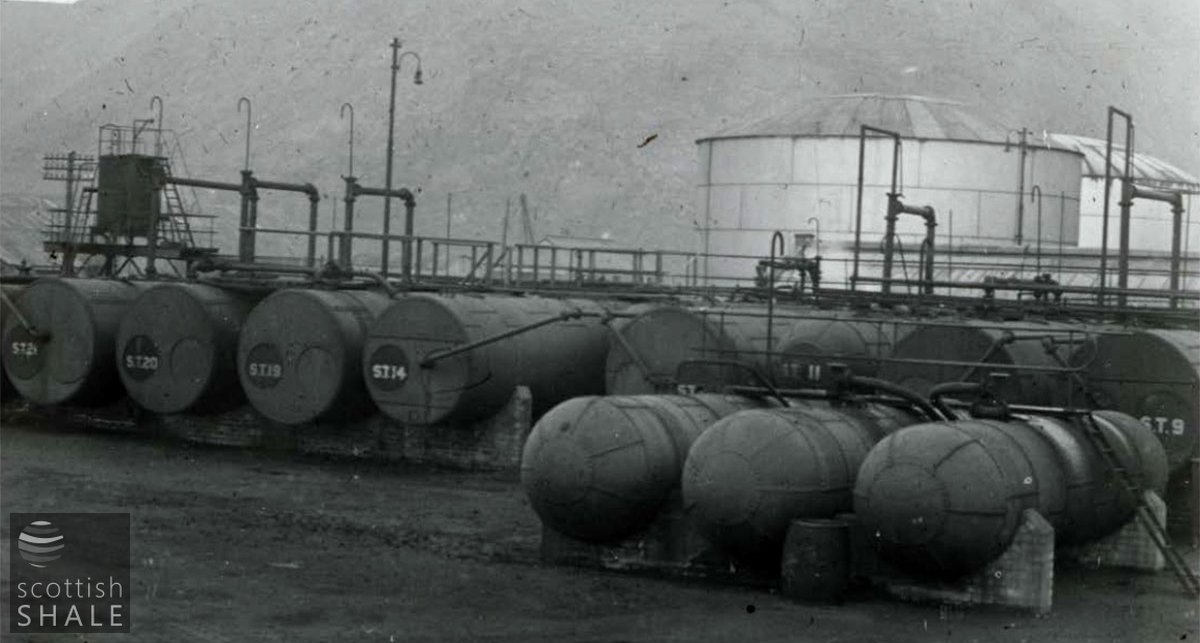