The Last Washhouse in Livingstone Street

A relic of the high rows at Addiewell

The high rows of Livingstone St. pictured c.1915, before the installation of running water and flush toilets. 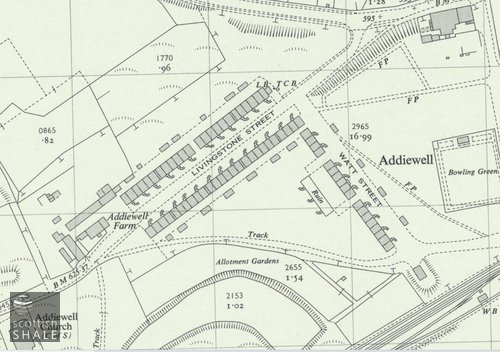 During the late 1860’s a new village of about 360 homes was built to house the workforce of Young’s mighty oil works and refinery at Addiewell. Much of the housing in Addiewell consisted of single story rows of cottages with one or two rooms; as was typical of Scottish mining districts at that time. The streets that ran between the rows were named after famous engineers and scientists.

On the west side of the village, the turnpike road west to Breich bridge was flanked on either side by more substantial blocks of two storey tenements, with homes on the upper level accessed by external spiral staircases facing into the road. These homes had the privilege of being named “Livingstone Street” after David Livingstone, the explorer and missionary who was a personal friend of James Paraffin Young. Livingstone Street, and the two storey tenements of the nearby Watt St., Stephenson St. and Davy St. were collectively known as the high rows, or high-ends.

By the standards of the day these were sound houses, described as “commodious and comfortable” and “let at a very moderate rate”, yet they lacked the basic amenities. Water for cooking and for the washing of people and clothes had to be carried in buckets from communal standpipes behind the rows. The flight of stairs added to the burden of those living in upper houses of the high rows. Toilets were of the most basic type of dry privy and ashpit, and were set some distance from the houses. They were shared by many and emptied only occasionally by a scavenger with his horse and cart. Pails used in quiet corners were an essential requirement for the women of the village. 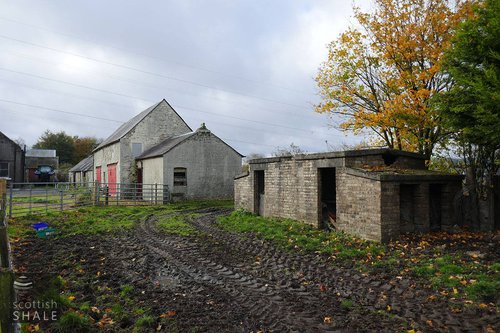 Running water and the WC were gradually installed in many homes from the 1890’s onwards, yet Young’s Paraffin Light and Mineral were disgracefully slow in sharing these improvements with their tenants. The company was condemned in the socialist press for allowing such “evil conditions”. It was said that in the high-ends “health and morality have a hard struggle to survive”.

It was not until about 1929 that the wonders of running water were shared with the folk of the high rows. Brick walls were built to enclose the area at the head and at the foot of each spiral stair, providing the convenience of flushing toilets just across from your front door.

It is probably at that time that washhouses were built at the rear of the houses; constructed from yellow Etna brick with a cast concrete roof. Tall chimneys provided a fine draught for the wash boiler within, and there were coal stores for each home at the end of each washhouse. Wash day was a laborious drudge, but no doubt there were giggles and happy gossip among the steam and carbolic soap.

During the 1950’s the homes of Addiewell were boarded up as they fell vacant, and in 1967 Livingston Street and the remaining high rows were demolished. One wash house immediately adjacent to Addiewell farm seems to have escaped the clearance, presumably as it was of use to the farmer. Today Addiewell farm appears much as it would have done before industry transformed the area. Only the wash-house, and the superior housing of Faraday Street now survive from shale-age Addiewell.

Above right: The area c.1958. by which time most of Stephenson St and Davy St had been demolished. The washhouses are shown either side of Livingstone St. (Image courtesy of National Library of Scotland).

Above left: The washhouse and Addiewell Farm beyond. 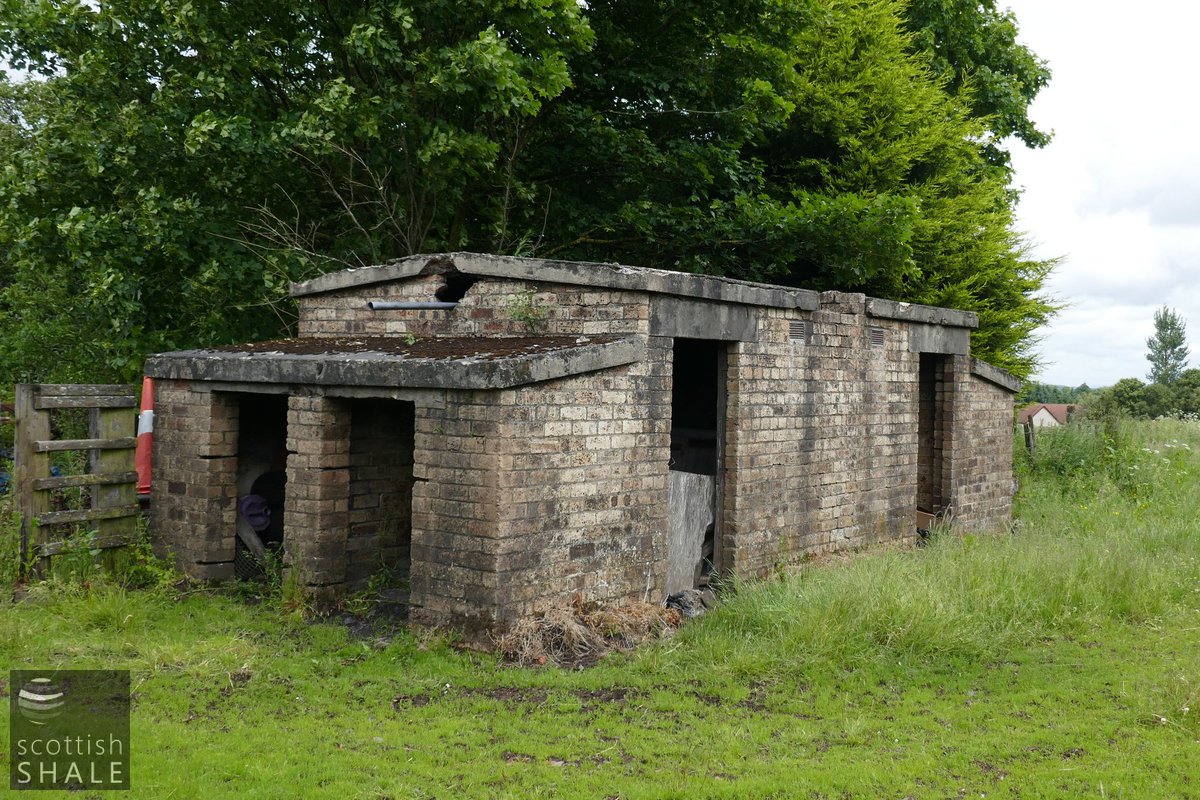 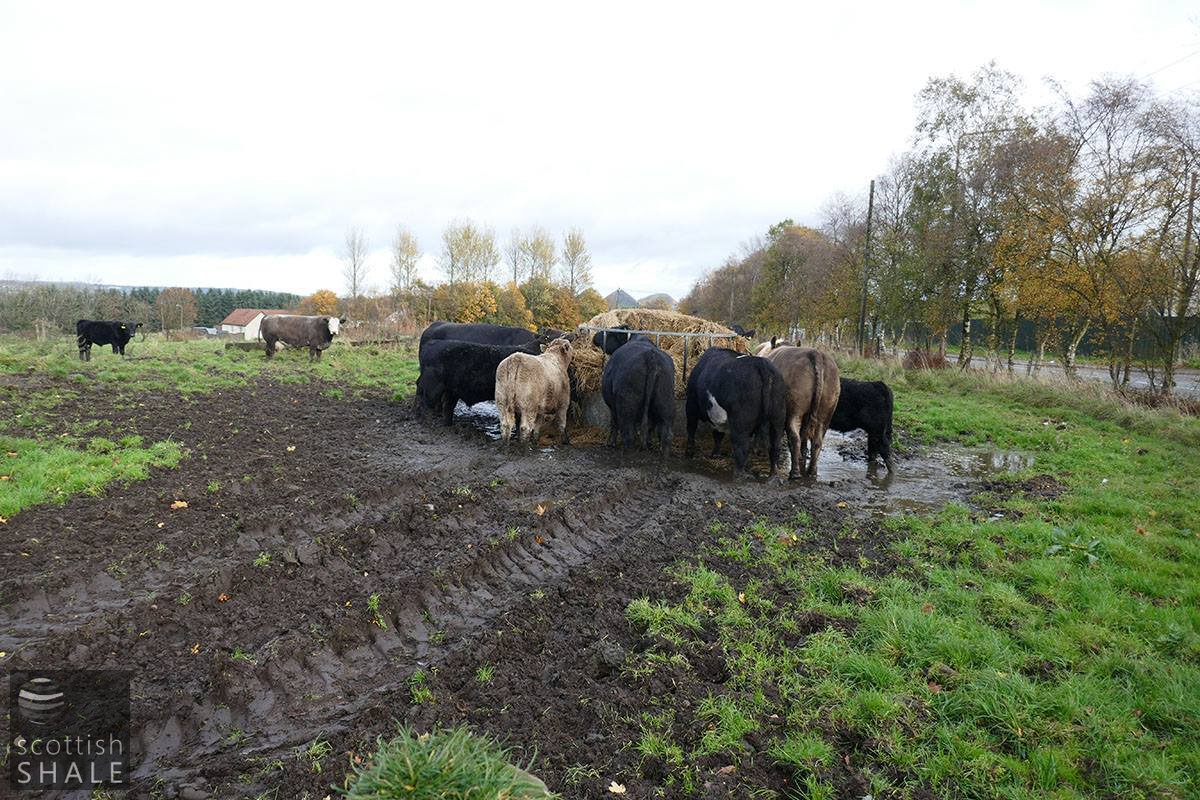 The current residents of Livingstone Street. 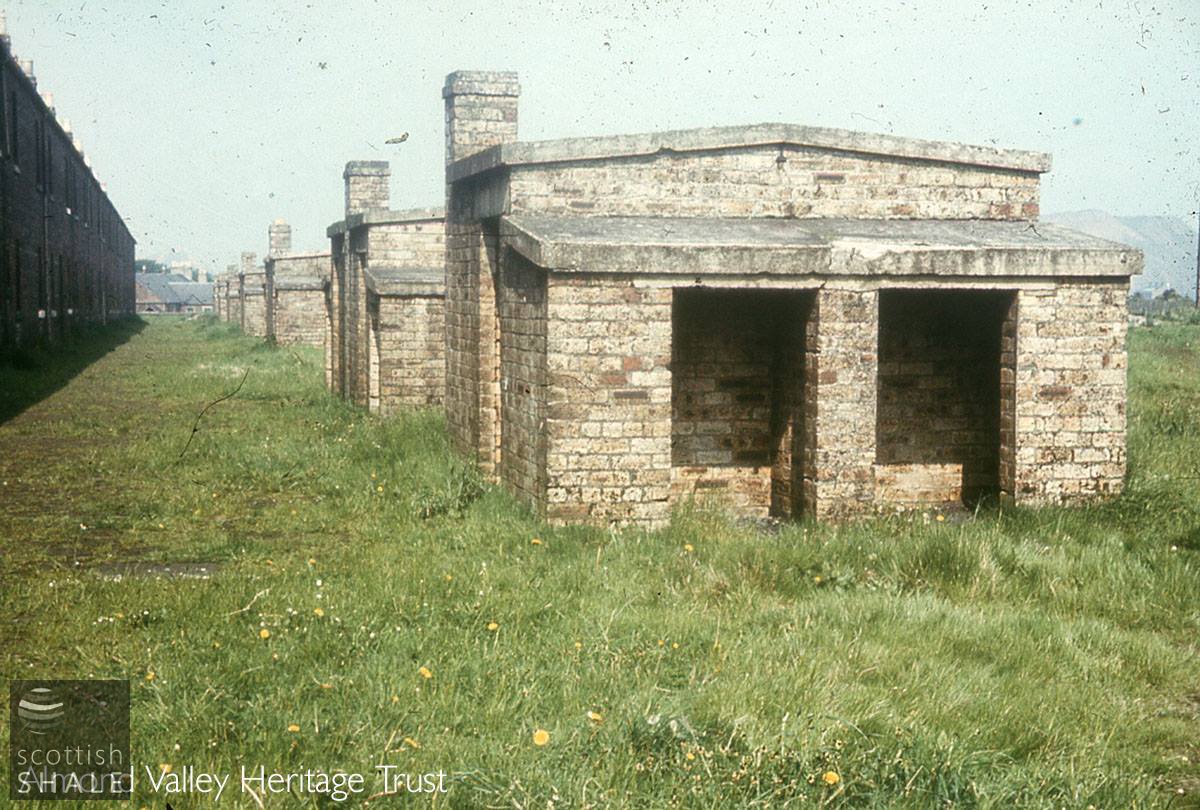 Washhouses to the south of Livingstone St.
Probably pictured c.1967 when the houses lay derelict.