A mill on the Water of Leith 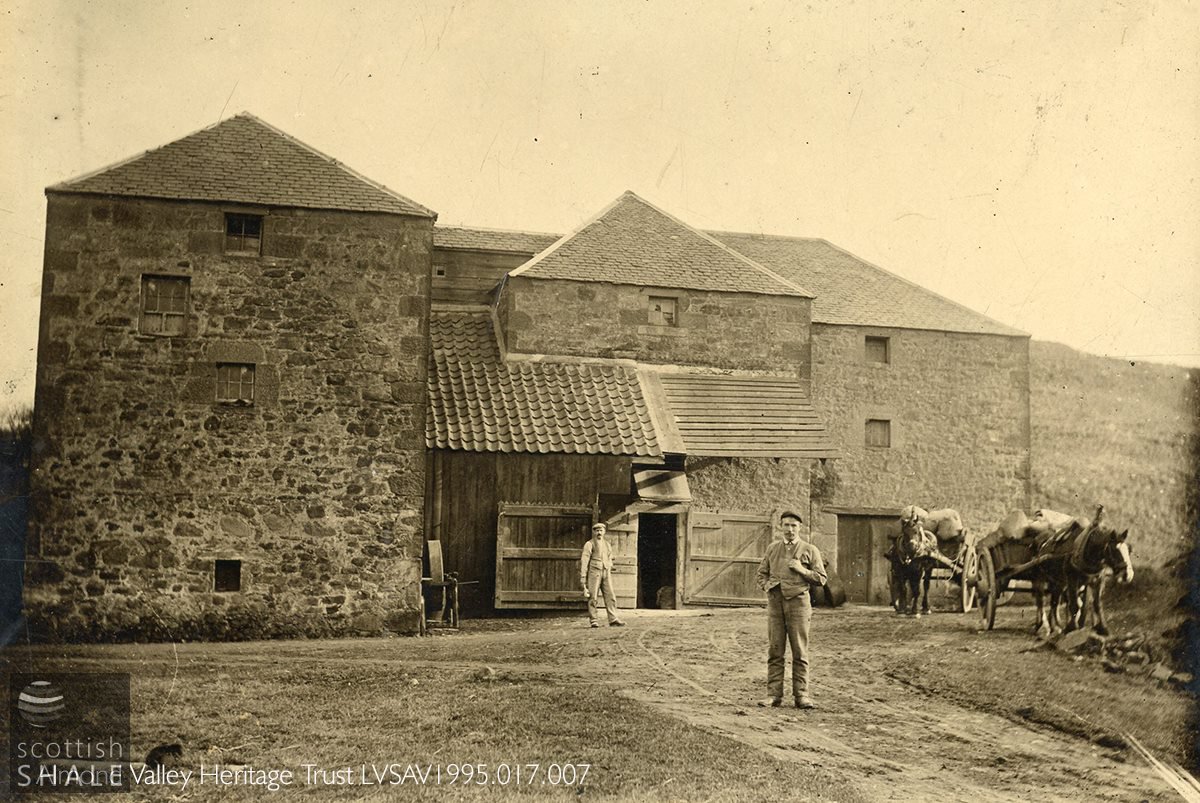 A wonderful view of Leithhead mill, with well-laden horse and carts. 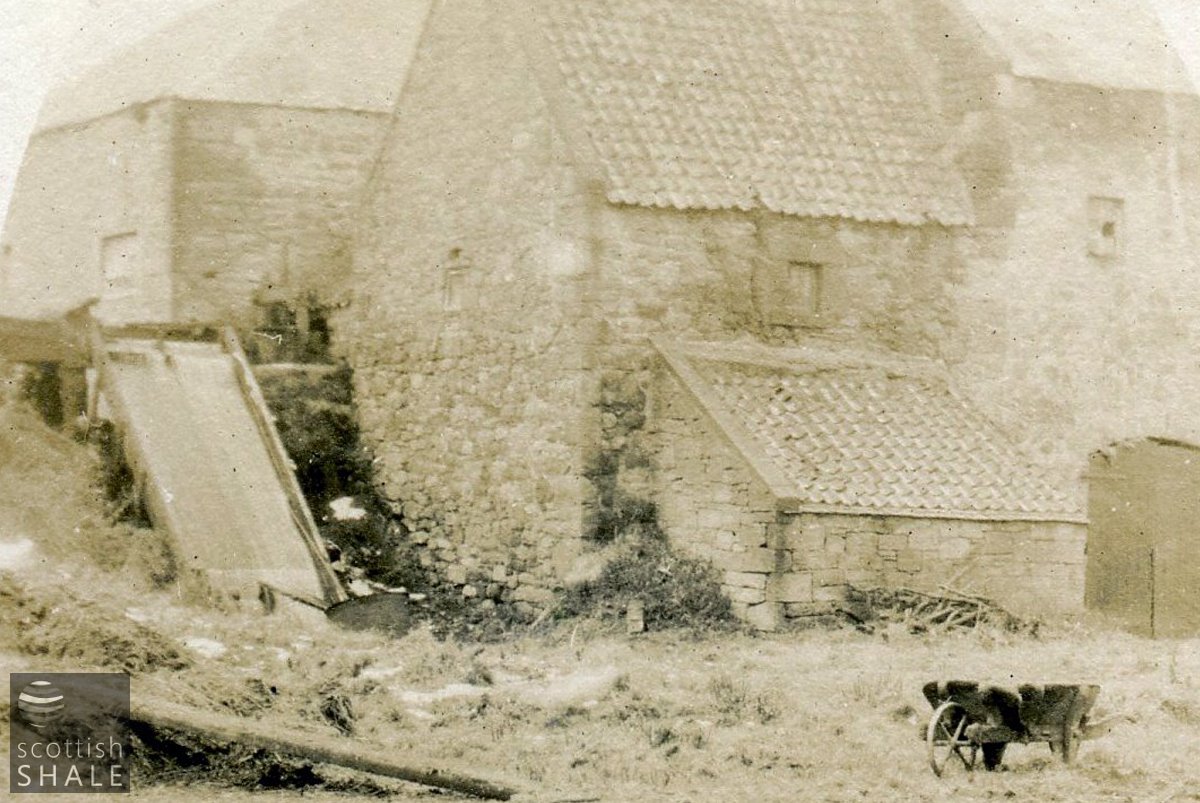 The old mill, with more modern (pre-1850's !) stonework on either side, and with the mill lade on the left.

Leithhead mill lay in a sheltered hollow beside the Water of Leith, within the shadow of the Pentland hills. The land in this area formed part of the Earl of Morton’s Dalmahoy estate and now lies just within the boundaries of West Lothian. It’s thought that a mill existed at the site since the 17th century; the most westerly of the many mills that once existed along the course of the river. In the early 1800’s it seems that the site served as a Messrs Gourlay & Grey’s Leithhead papermill but was also used for the milling of cereals. An advertisement of 1812 stated “there is a plentiful supply of water in all seasons. There is considerable grist belongs to the mill from the parish”. Paper production seems to have ceased by about 1840, and by 1846 the farm and associated mill was operated by William Arbuckle, described as a “master miller and farmer”. William was born in Ecclesmachan in about 1808, and was presumably part of the notable family that farmed on the Earl of Buchan’s estate at Wyndford, who could trace their local ancestry back to the 17th century. 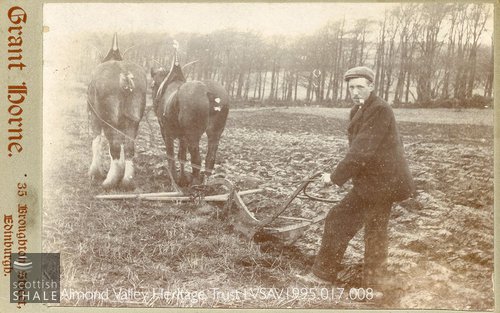 The 1852 ordnance survey map shows the mill building astride the mill lade, with the water conducted in a culvert beneath the mill yard before rejoining the overflow race and flowing back to the river. One of our photographs shows a small building of considerable age, with random rubble walls and a steep pantiled roof. A timber aqueduct, overflow weir and sluice presumably controlled water flow to a waterwheel on the far side of this original mill. This old structure (which seems likely to date from the 18th century or earlier) abuts more recent three storey buildings of good quality stonework and with slated roofs. Most of this complex of buildings seem to have been in place by 1852. The map also shows a long range of buildings incorporating the farm house, store and threshing barn. “Thrashing machine” is marked on the map beside the distinctive circular shape of a horse gin, and a row of worker’s cottages lies a little distance away. This layout of buildings has changed little subsequently.

In the 1850’s, William Arbuckle both operated the meal and barley mill, and farmed 104 acres. In addition to his wife and seven children, four farm servants, two domestic servants and a young miller had their home at Leithhead. By the time of the 1881 census, the farm had grown to 300 acres and twenty one people, including two millers, lived in the house and cottages of the mill and farm-steading.

When William died during the 1880’s, operation of the farm passed to his son David, whilst his other sons James and William went on to form J & W Arbuckle, grain millers and merchants of Coltbridge Mills in Murrayfield. David and brother William died at Leithhead in 1909, James died a decade later at his home in Murrayfield Gardens. Leithhead farm passed to others, but David’s nephew William remained at the farm employed as a ploughman into the 1920’s

Leithhead mill seems to have been abandoned soon after the first world war, and fell into a ruinous condition. The remains of many farm and mill buildings were rescued and sympathetically reconstructed during the 1980’s to create a number of fine homes. To quote the words of an estate agent “this exclusive hamlet is in an idyllic location that must be seen to be fully appreciated”.

Above right: A wonderful photograph, passed to us along with the images of Leithhead mill, which might have been taken on Leithhead farm. This might even be Willie Arbuckle? 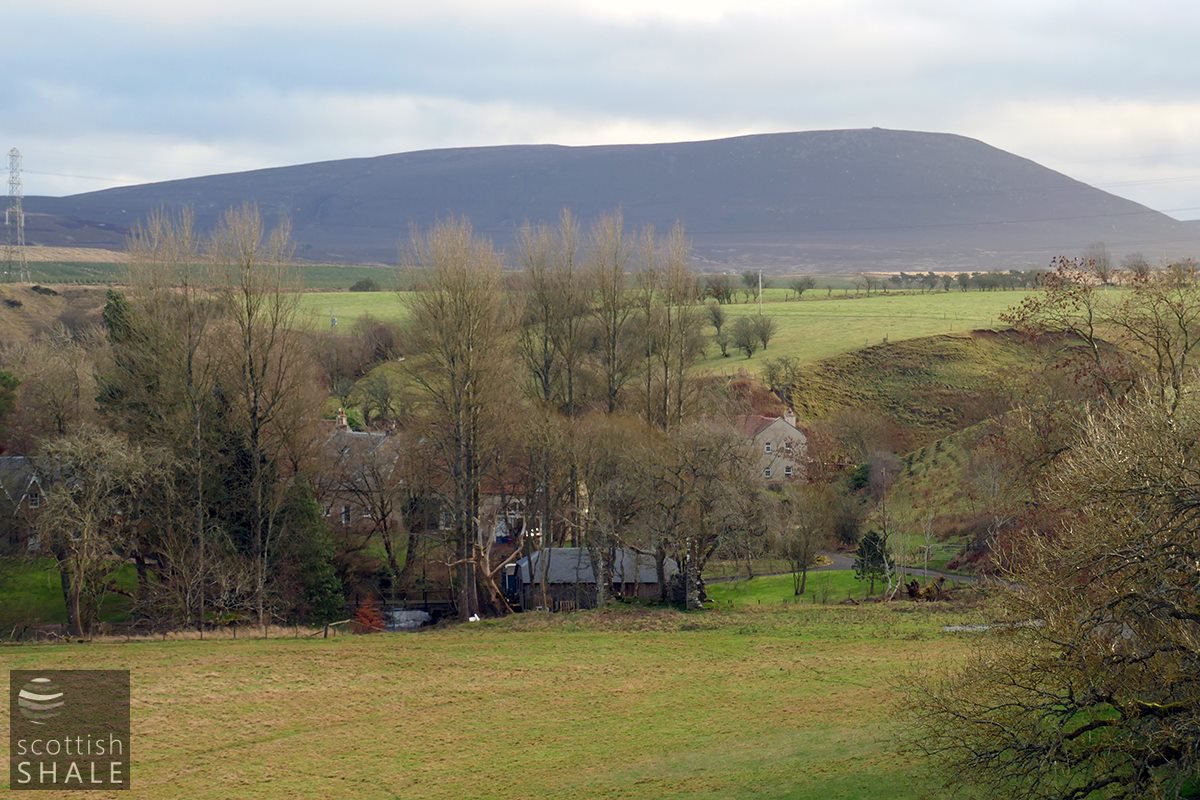 The hamlet of Leithhead nestles in the valley of the Water of Leith and in the shadow of East Cairn Hill. 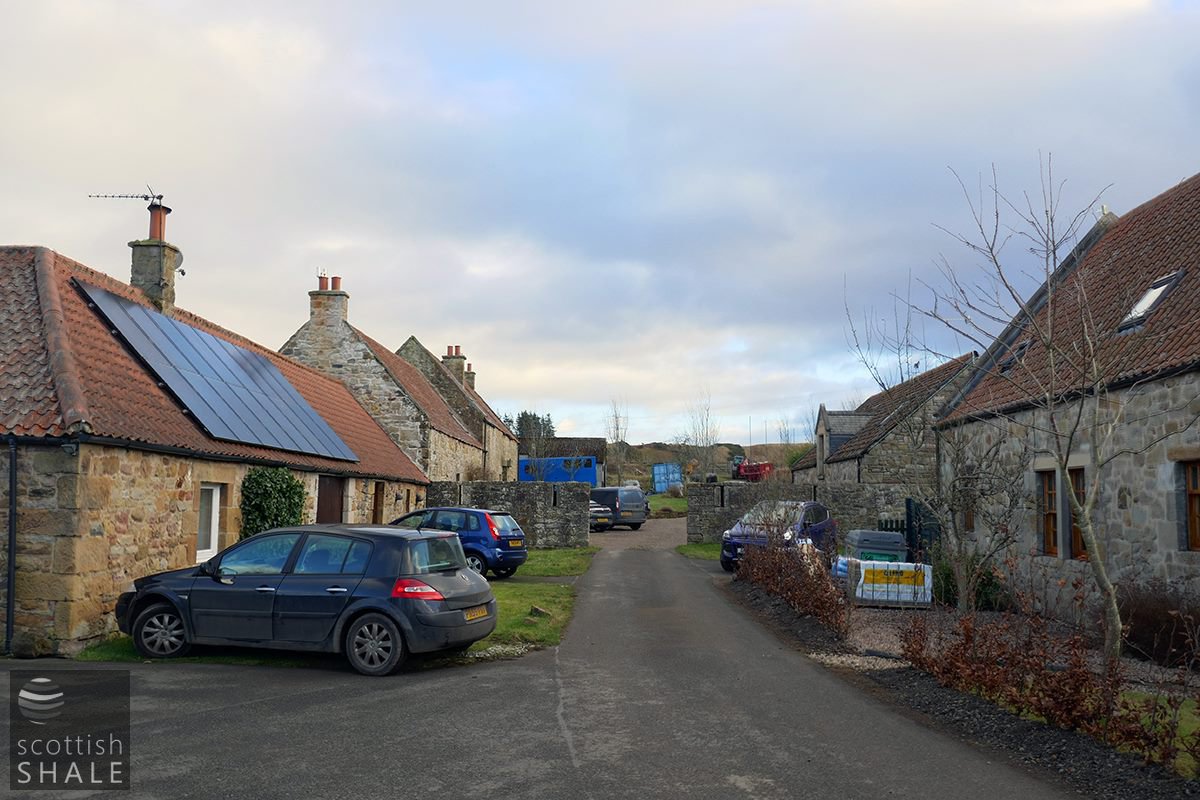 Former mill buildings on the right, the threshing house to the left. 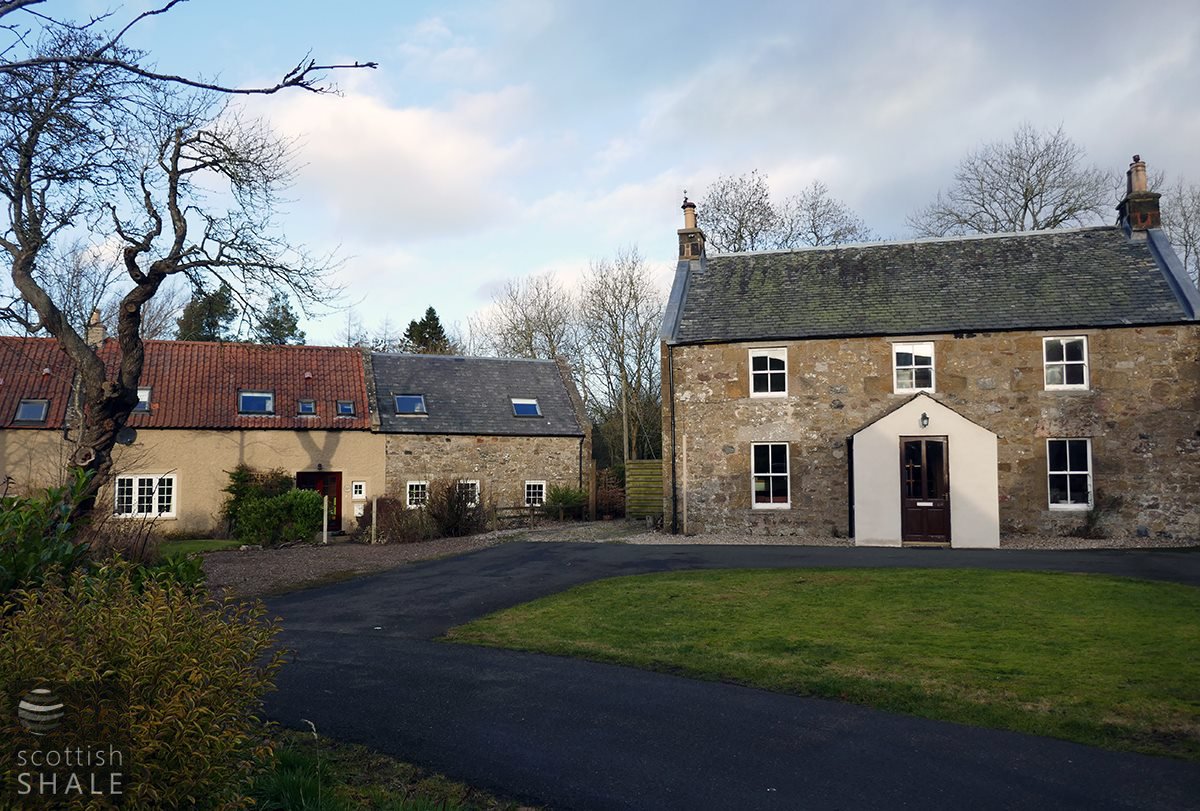 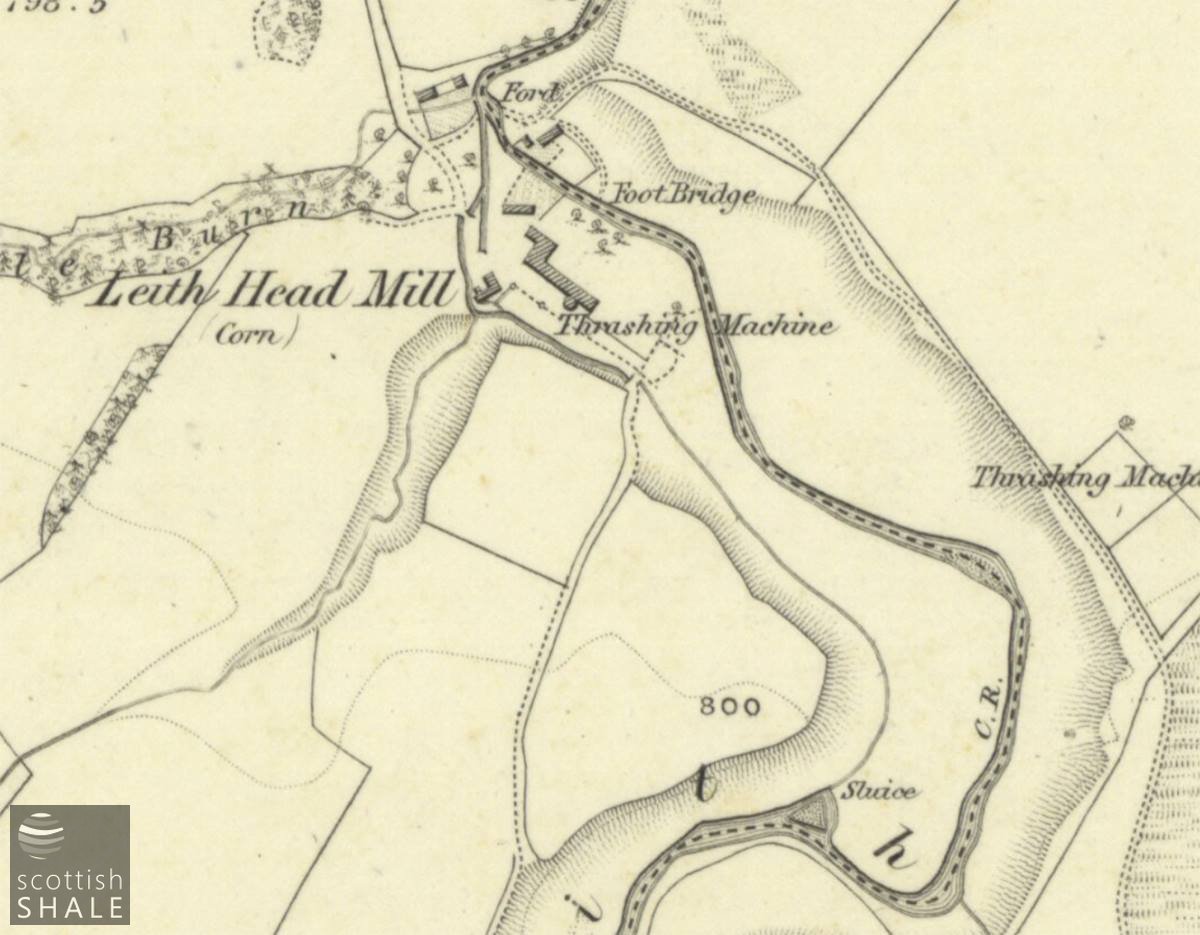 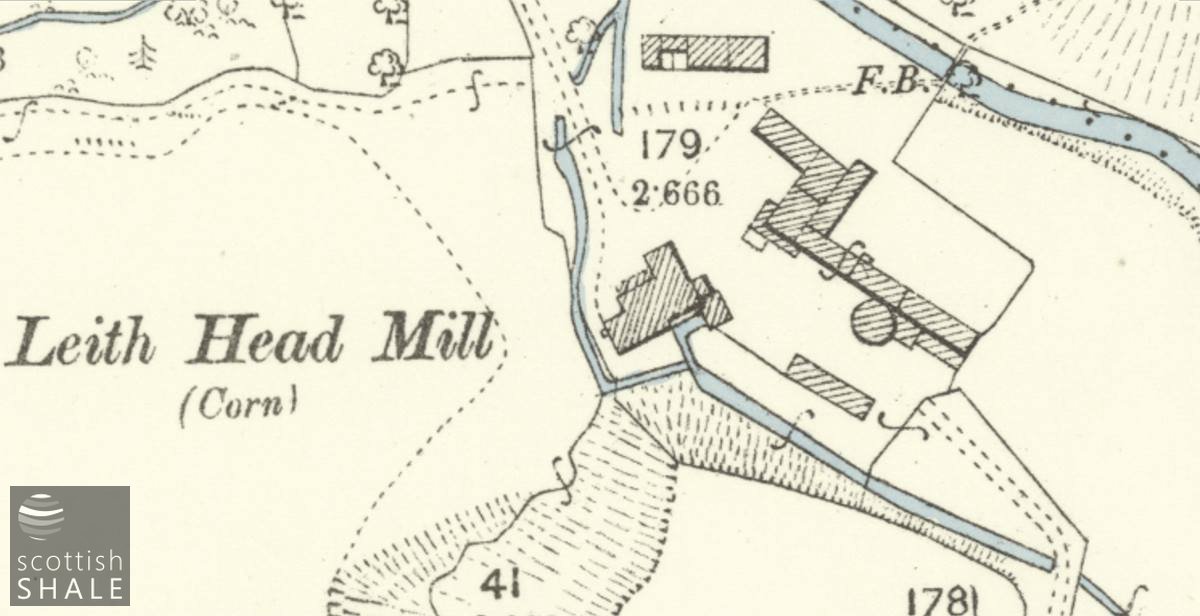 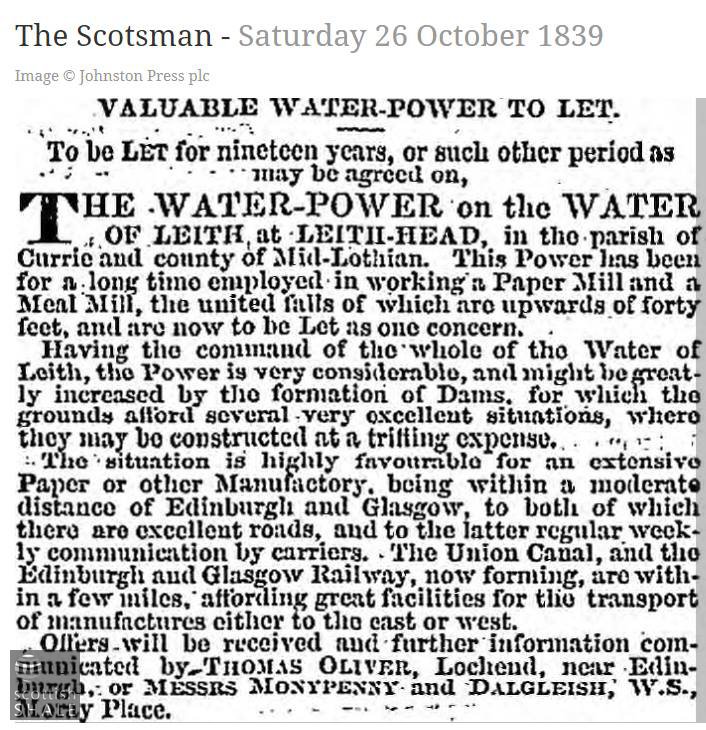 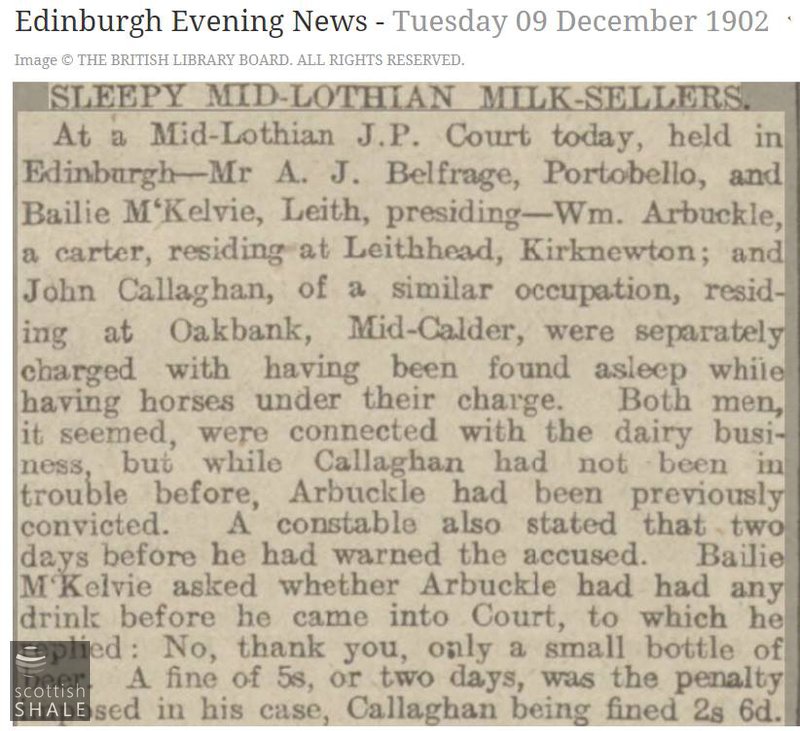 The black sheep of the Arbuckles?