The Bowenhill lime works and tramway 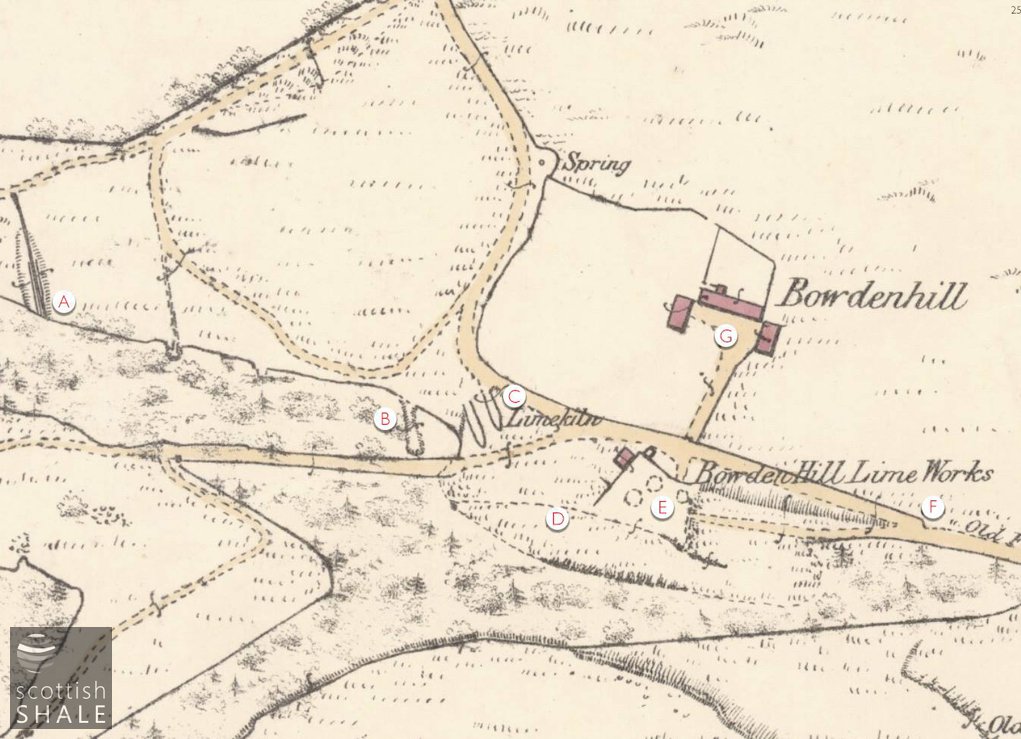 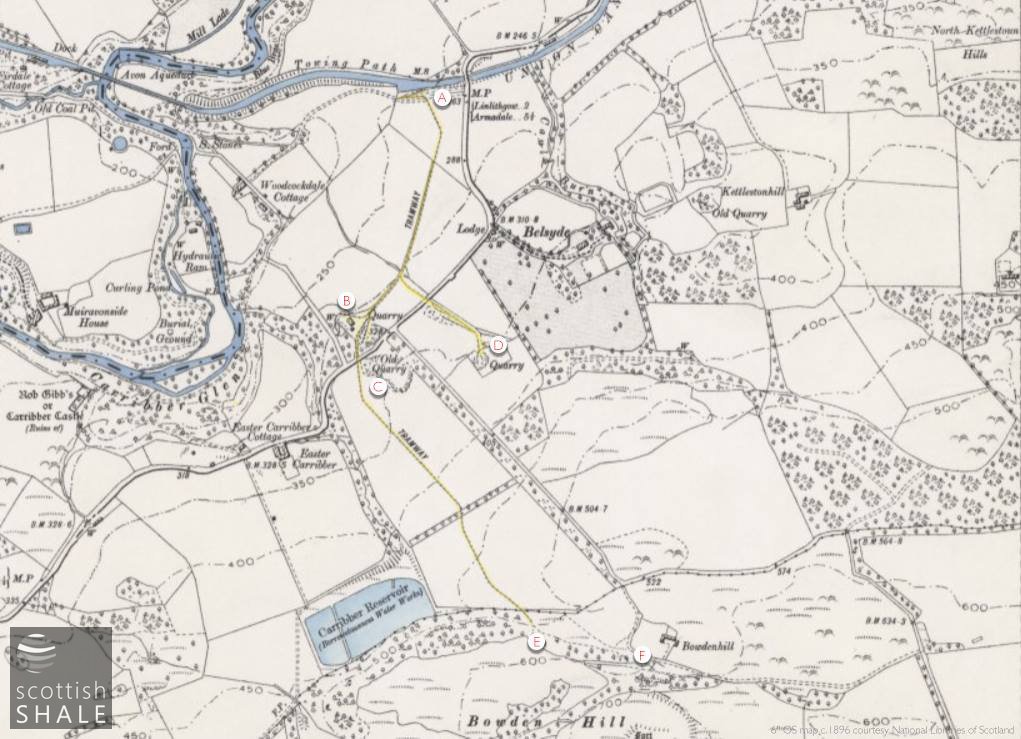 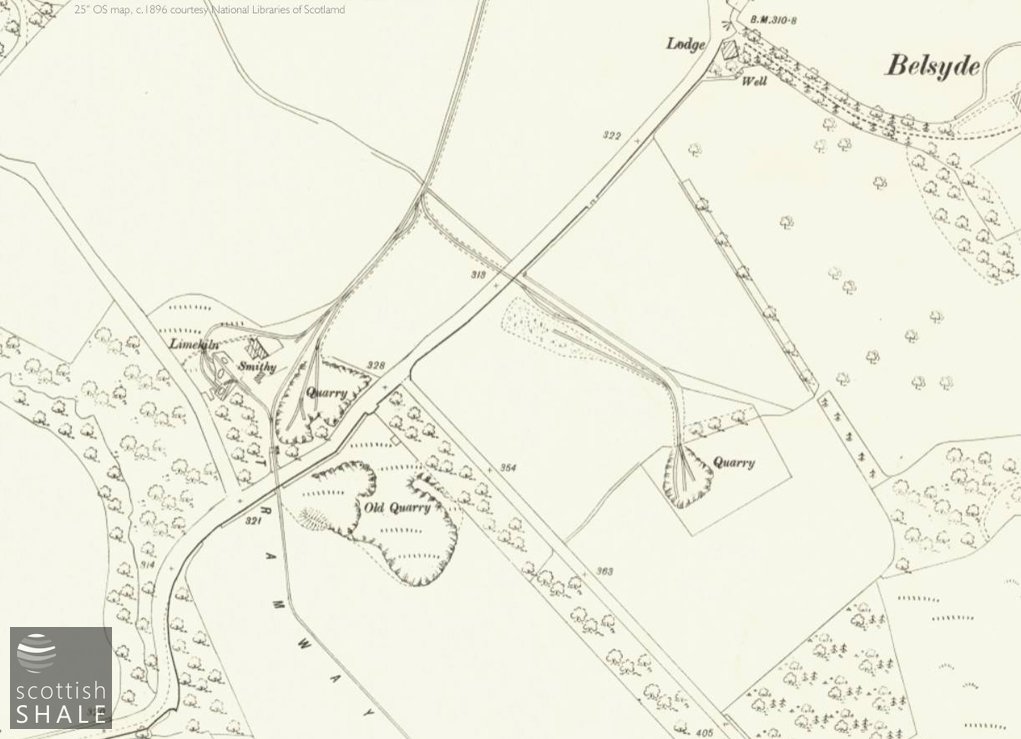 Bowden Hill springs from the roots of an ancient volcano that forced its way through sediments over 250 million years ago, expelling the lava and ash that now form much of the Bathgate hills. Defensive ramparts and other earthworks of an iron age fort can still clearly be seen running around much of hilltop, and the landscape reveals many other traces of prehistoric settlement. The area feels strangely remote, with a network of roads that once linked to Linlithgow and Torphichen now long abandoned, and only passable on foot.

The impressive kilns of Bowdenhill lime works – a B-listed building - survive among trees on the northern face of the hill, close to the abandoned remains of Bowdenhill farm. There are three kilns in the group. One, now disappearing into the undergrowth, is smaller and simpler, and presumably the first to be constructed. Extending from this are two larger kilns; heavily buttressed and set at a right angle to each other, which remain remarkably intact after 150 years of disuse. A little distance away is an entrance to a mine running into the hill following the seam of flaky limestone shale. This leads to an extensive network of stoop and room workings that are regularly explored by cavers. There are traces of many other former entrances. 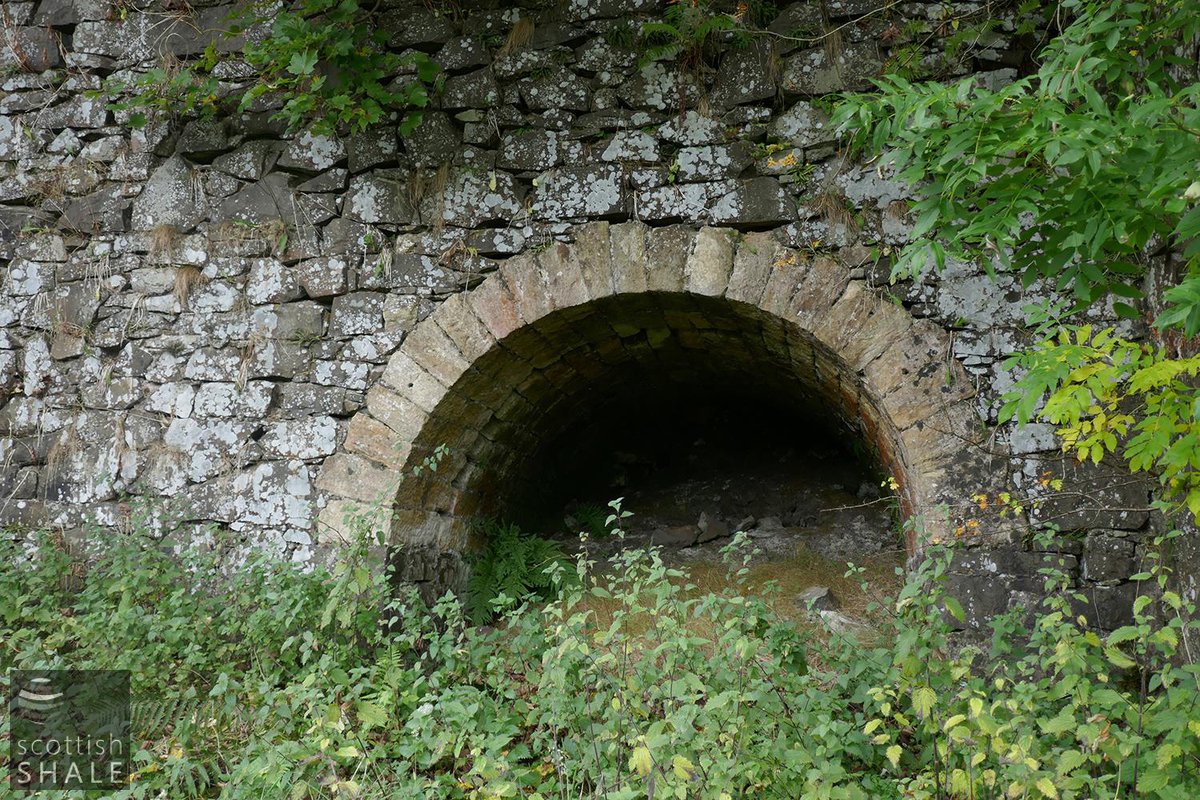 North-facing opening of the lime kiln. 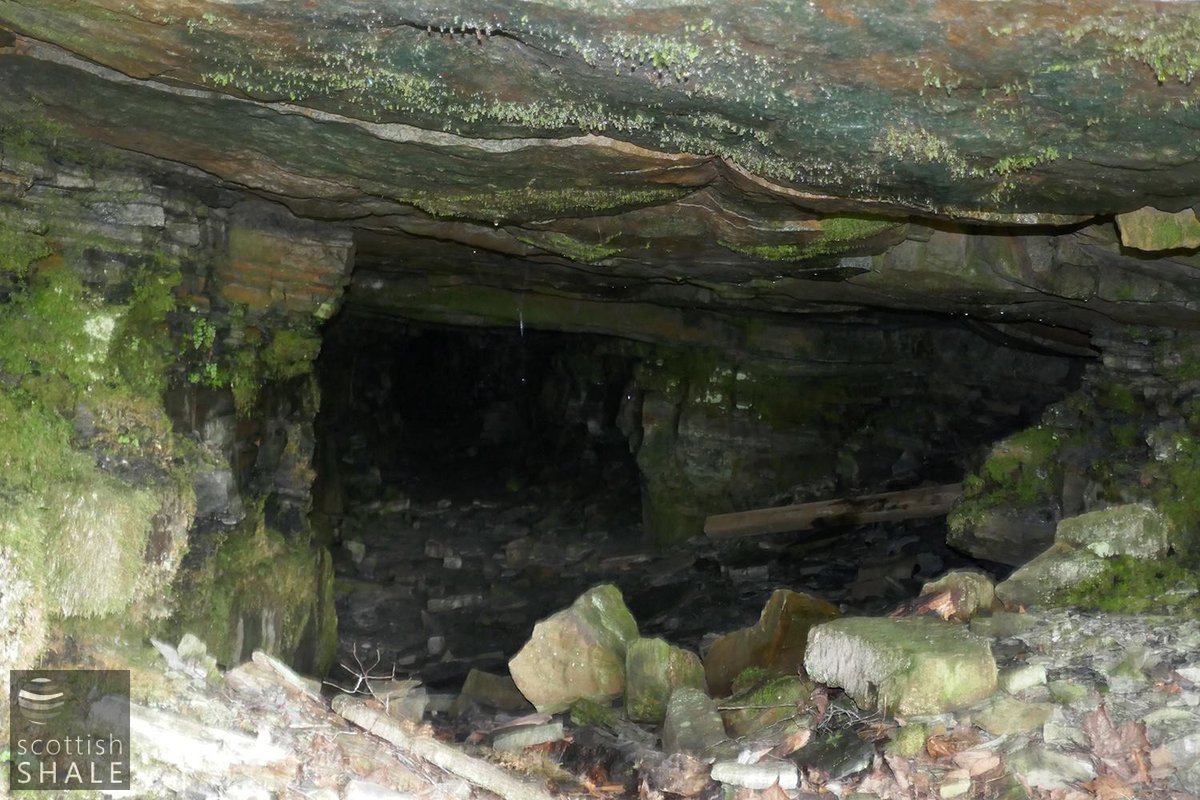 A glimpse into the mine.

Notes for the first ordnance survey in about 1856 records:

“one kiln at present in operation, several others being in a ruined state - the limestone is obtained from the interior of the hill, into which several levels run to works, and brought out in trucks on a narrow tramway, as soon as the lime is exhausted in one excavation a new level is opened into another part of the hill. They are the property of Mr. Forbes of Lochcote & worked by Mr Rankin of Bowdenhill” The 1856 map shows one working adit and a short tramway sited further further down the hill than the surviving entrance, and close to the Carribber reservoir built in 1879 to supply water to Bo’ness.

It seems that the lease of the Bowdenhill lime works changed hands on a number of occasions and was abandoned some time prior to the next Ordnance Survey in 1896. By this time a rough tramway, just under a mile in length, had been constructed to link the Carribber mines to Woodcockdale basin, from where lime was shipped by canal. New lime kilns and a quarry had also been established part way along this route at Upper Woodcockdale. The Bowden Lime Company also diversified their operations into the quarrying of whinstone, which was crushed as roadstone, or dressed to make setts and kerbs. Their Belsyde quarry was linked by a branch of their tramway in about 1893, requiring a further level crossing of the A706, to enable products to be shipped out from Woodcockdale basin. The Bowden Lime Company subsequently took over whinstone quarries at Kettlestoun, Ratho, Blackridge, and other locations, and became a major supplier and installer of kerbs and setts.

The 1916 Ordnance Survey maps show no trace of the tramway and all mines and quarries closed. It appears that water from the abandoned mines was diverted to supply the Carribber reservoir. 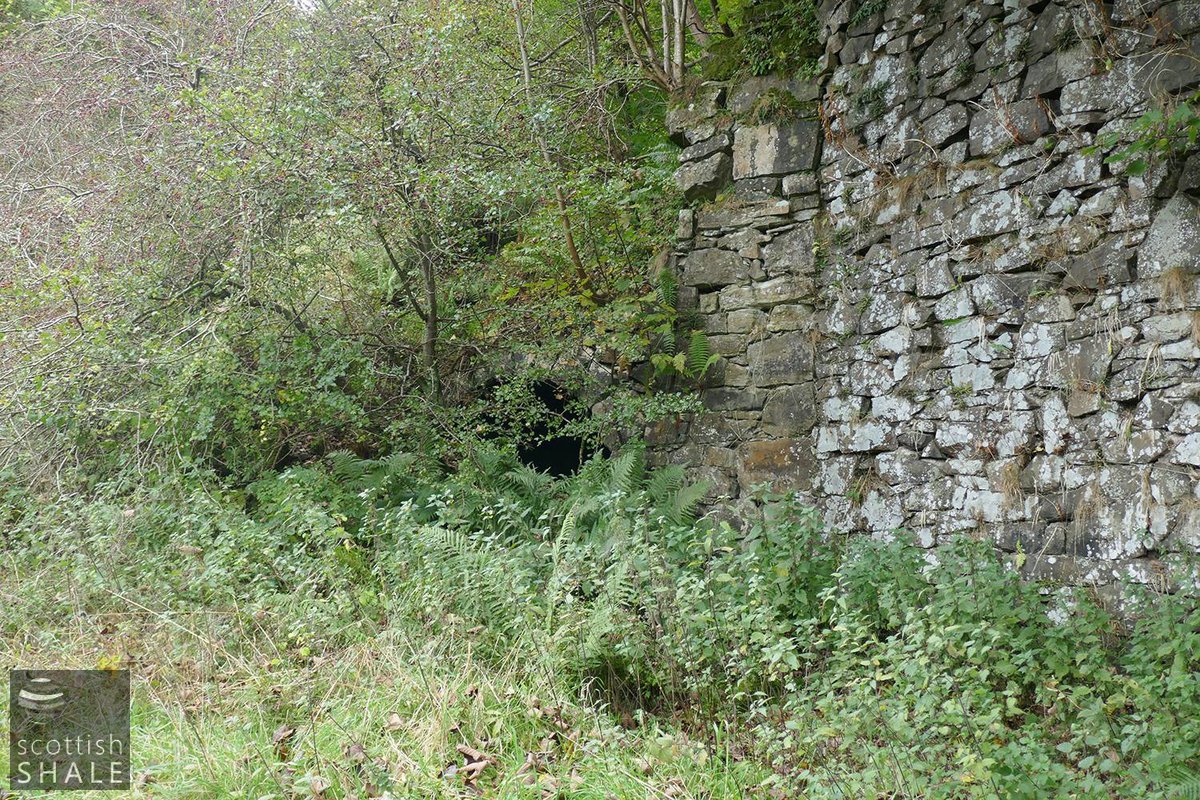 The oldest of the kilns at Bowdenhill, with arch obscured behind vegetation. 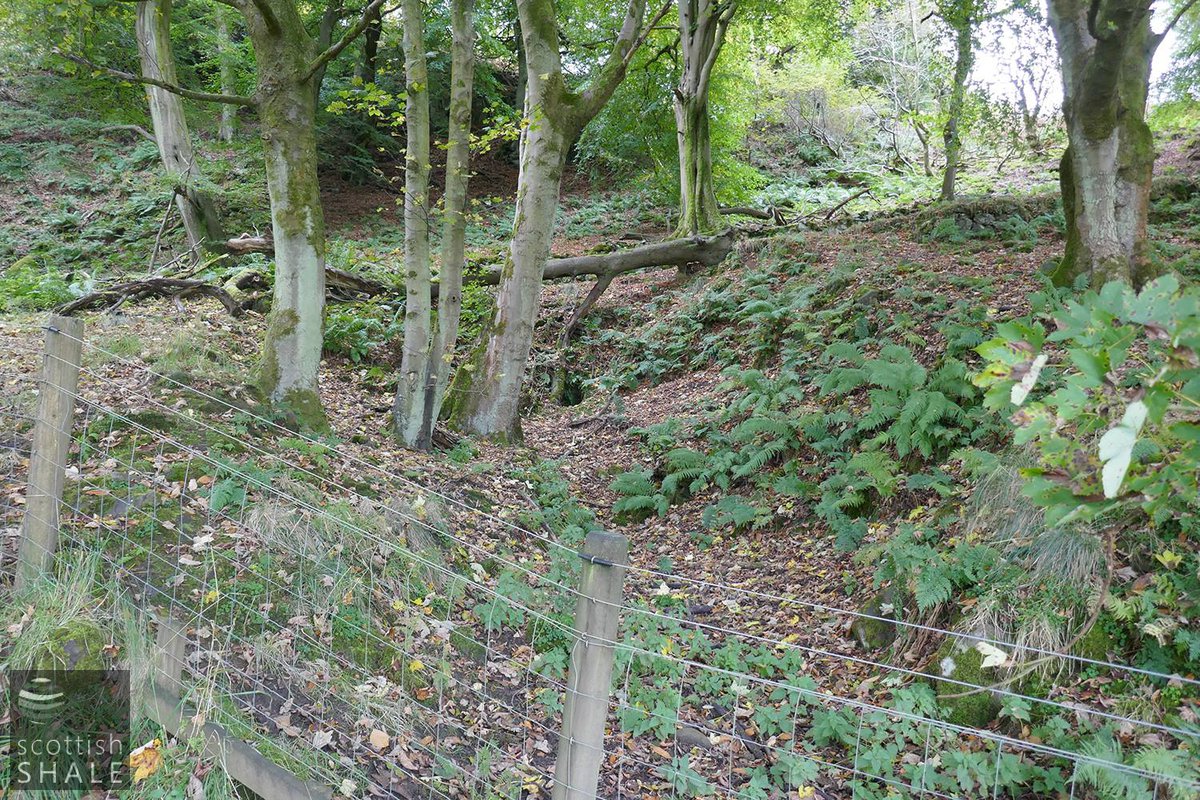 Possible mine entrance?
marked B on the 1856 map. 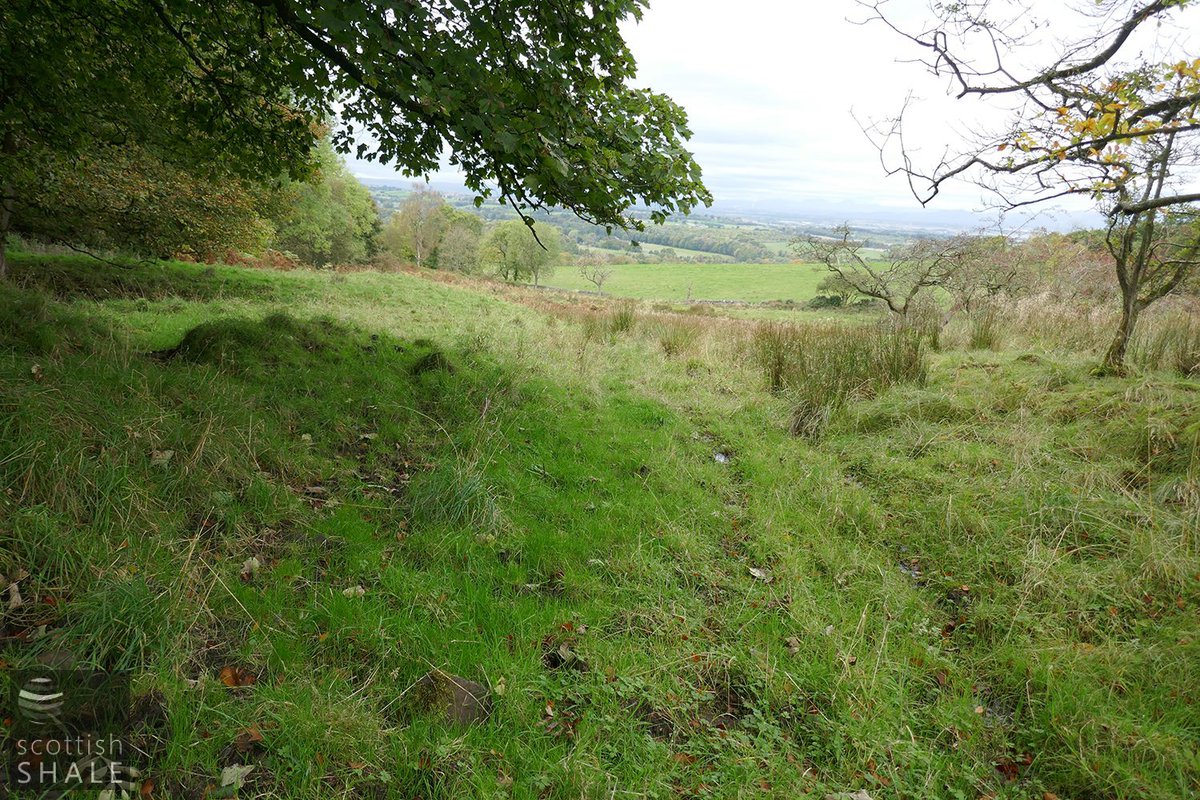 View from the kilns down towards Woodcockdale. The tramway will have followed a route across the central field. 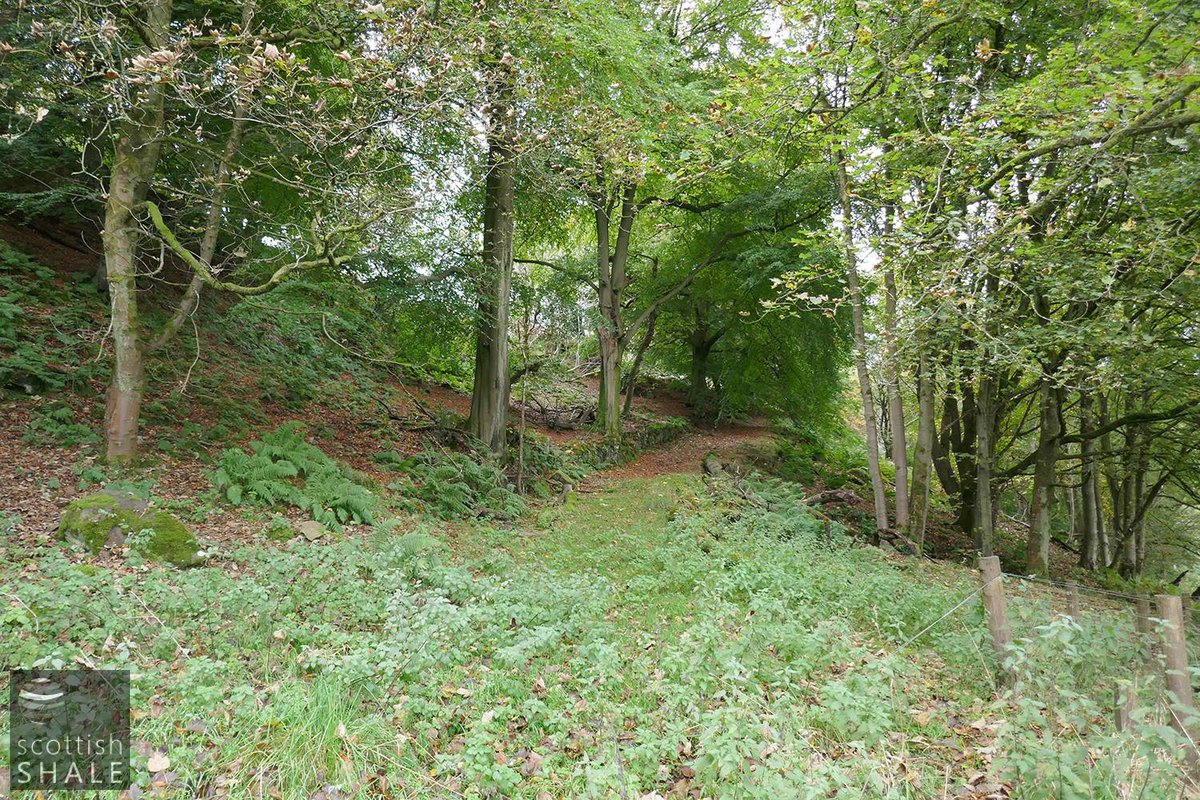 A well-made "green road" climbing Bowden hill. A mine entrance, represented by the depression centre right, passed beneath this. 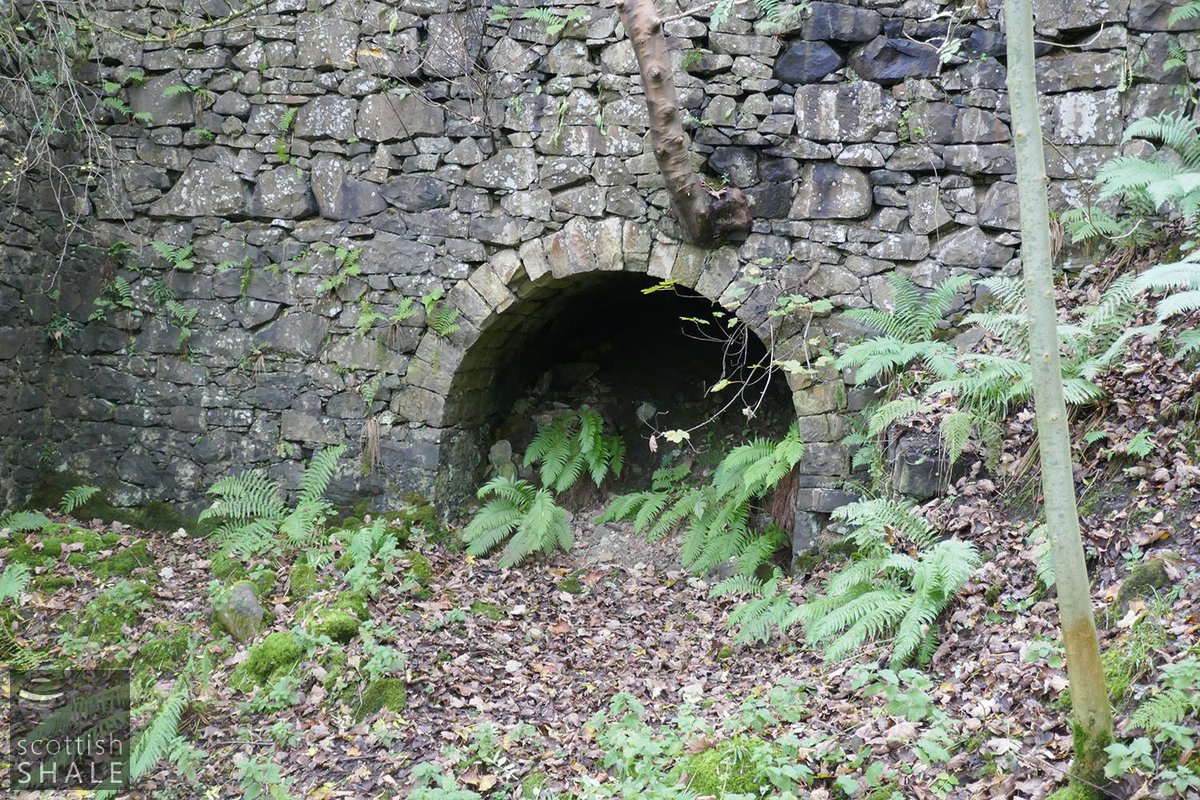 The western facing opening of the lime kiln. 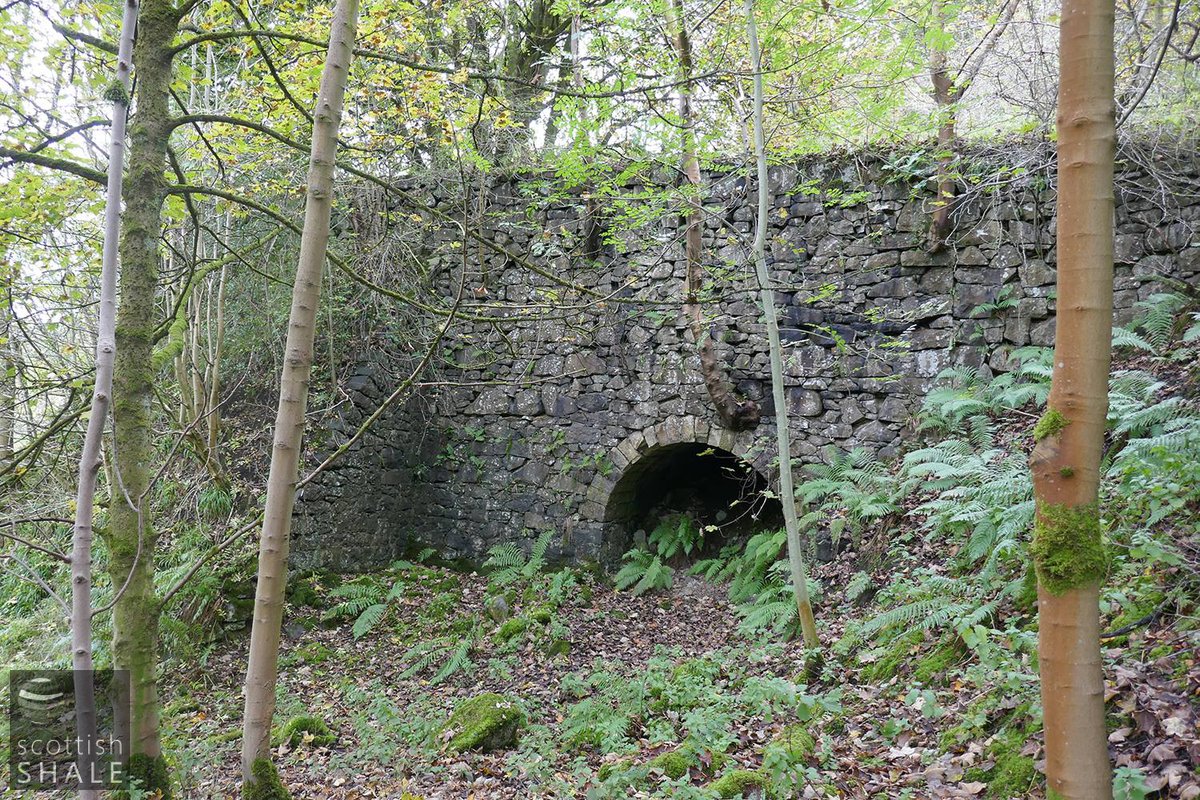 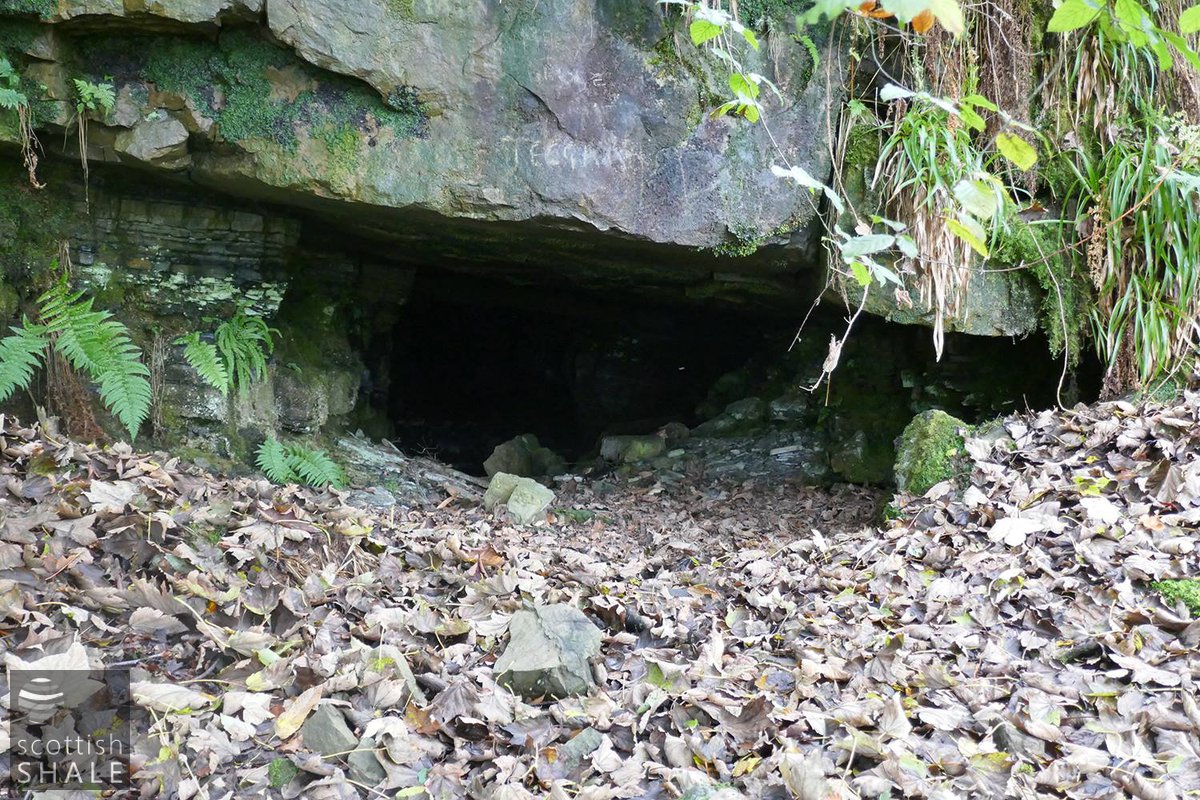 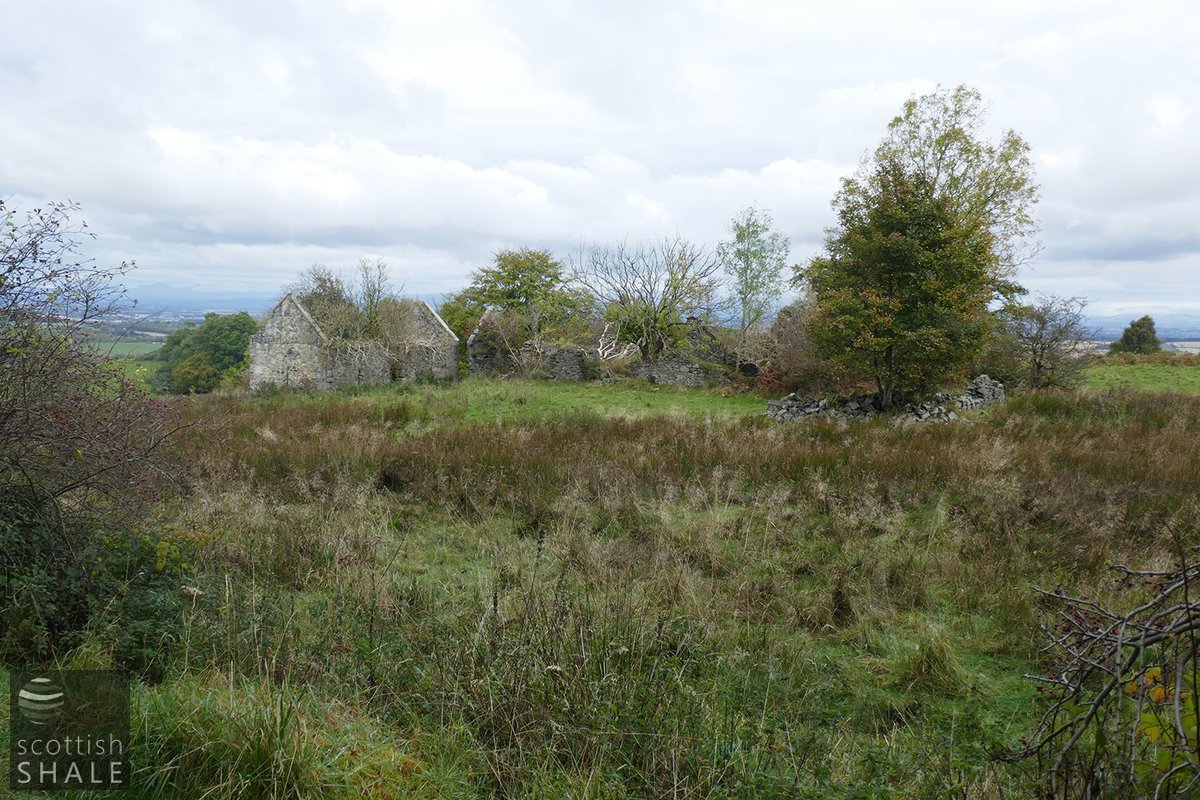 The ruinous Bowdenhill farm steading and a glorious view across the Forth valley. 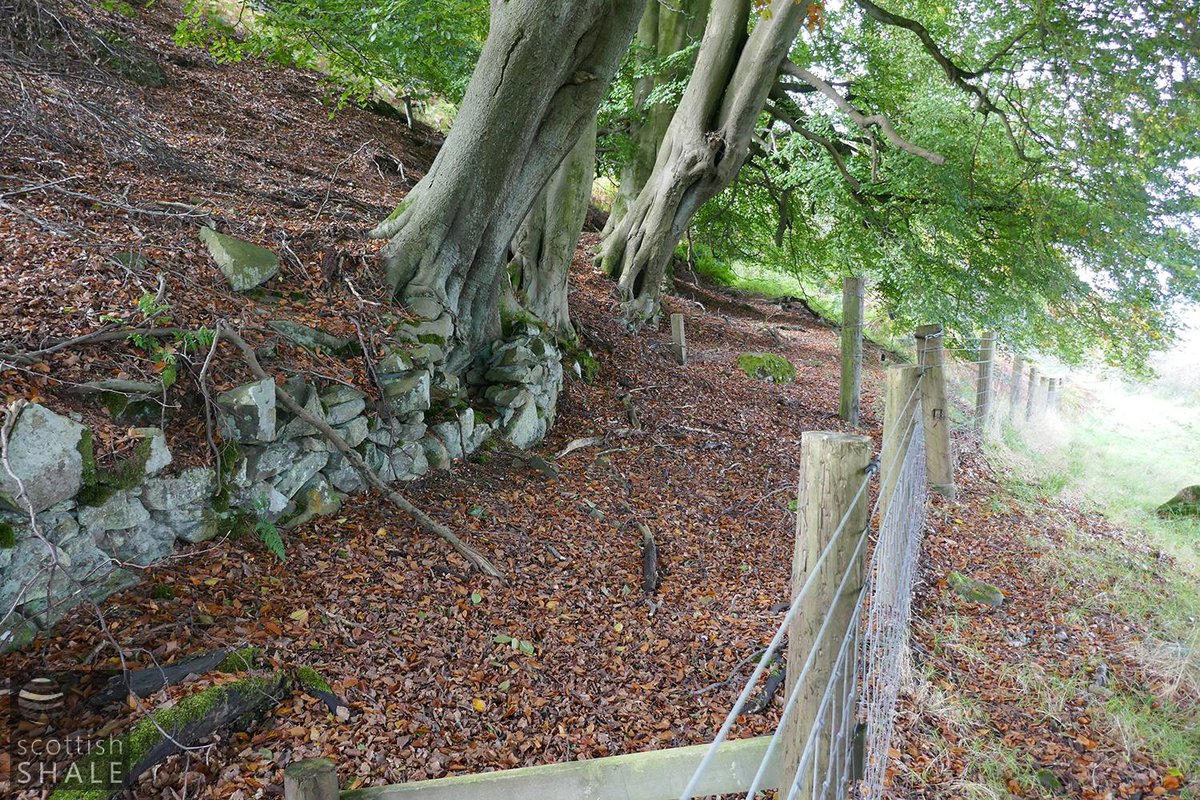 Foot of the loading ramp to the limekiln, marked F on the 1854 map. 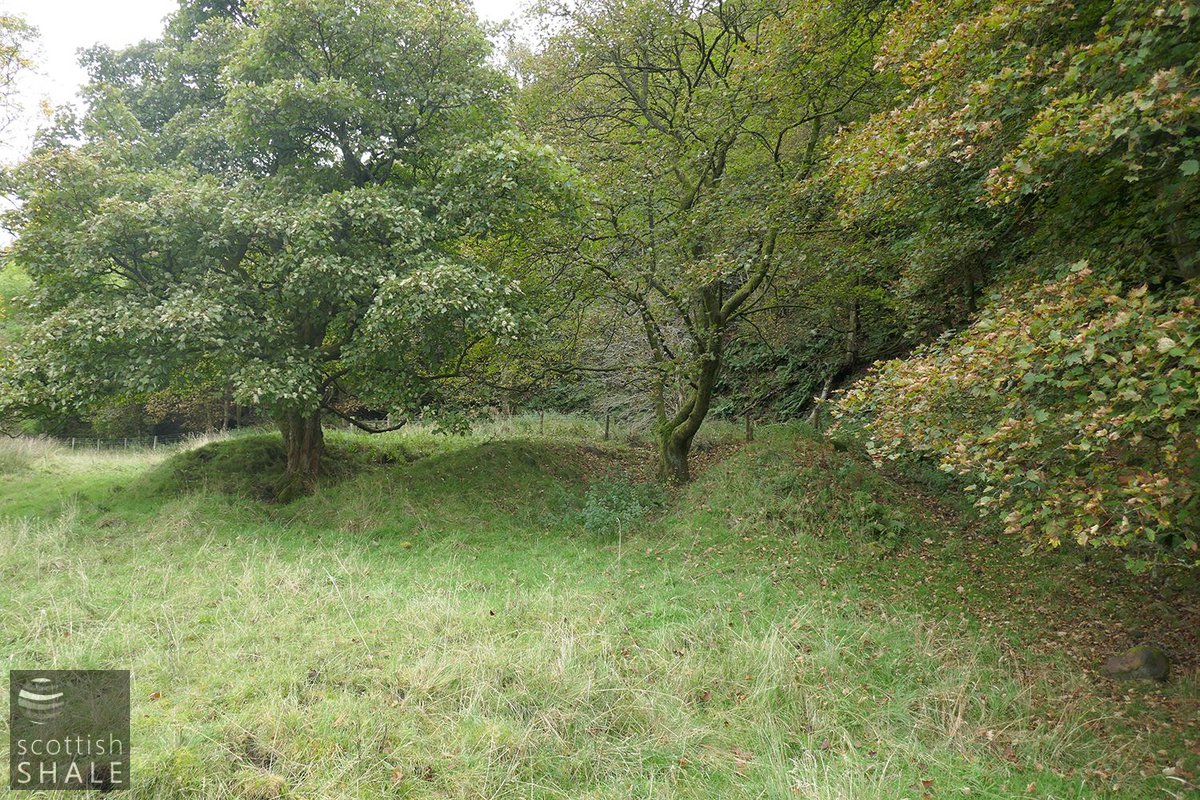 Parallel mounds, shown at point C on the 1854 map. 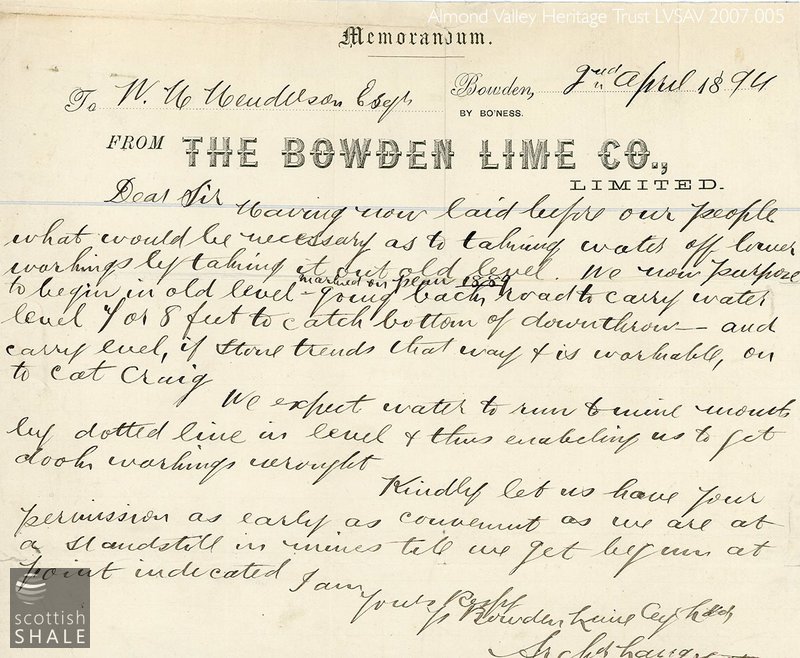 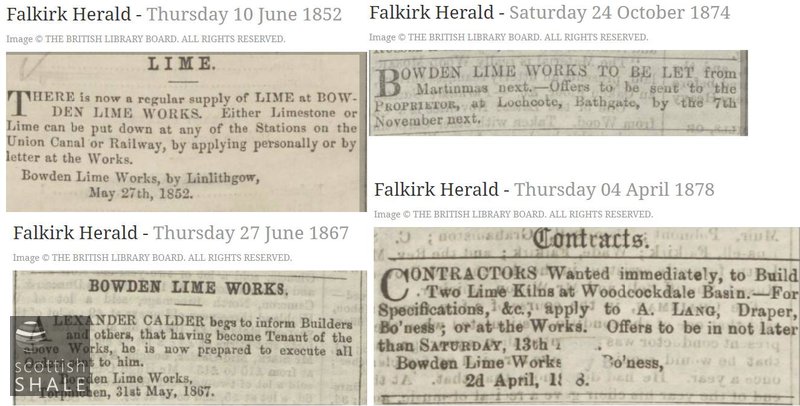 Newspaper snippets. There is no evidence that lime kilns were every built at Woodcockdale basin.

Evidence that lime was being shipped from Woodcockdale in 1830.