Livingston: City of the Future

An early vision for the new town 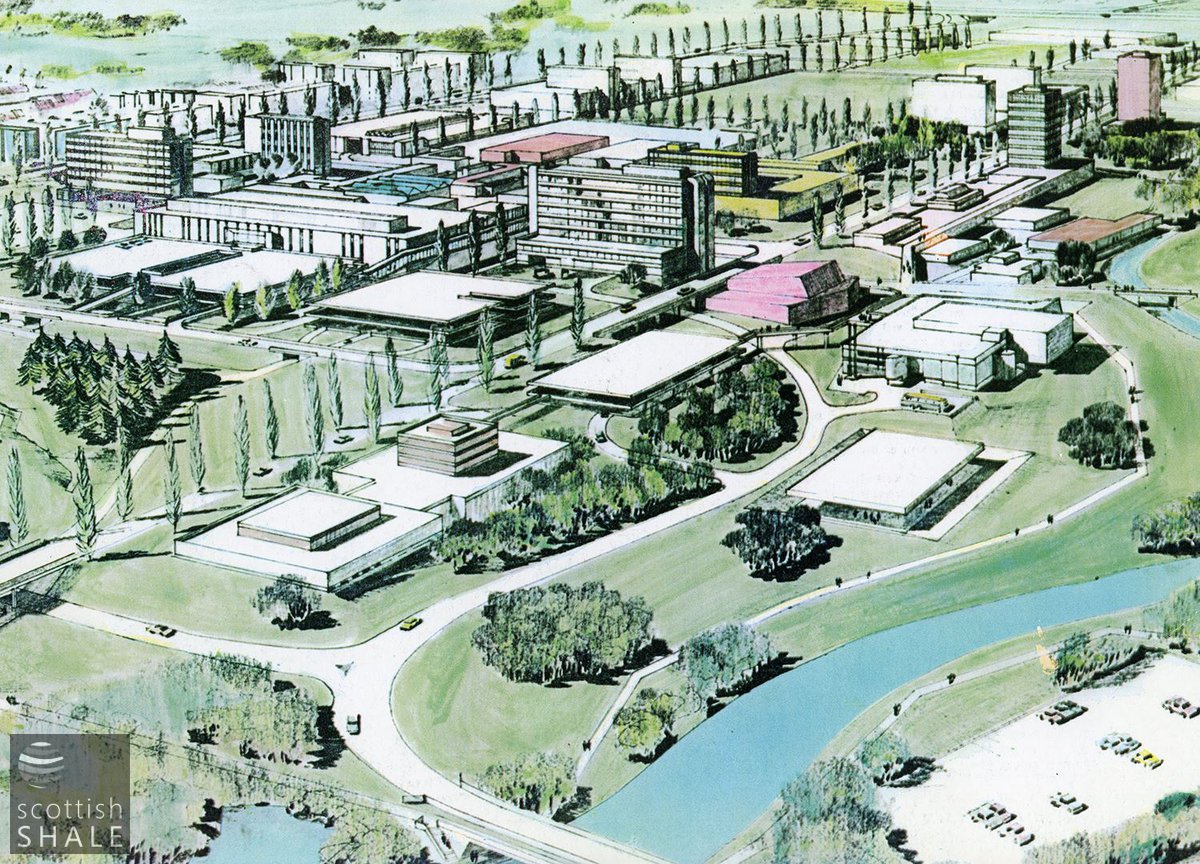 Livingston - city of the future?

A vision of Livingston regional centre as it might have been, as featured in a development corporation publication from the early 1970’s.

Many features of this futuristic vision were never built; the three-level sports and leisure centre on the south side of the river never materialised, and plans for a river gardens scheme “similar to the Tivoli Gardens, Copenhagen” were abandoned once problems with the water quality of the Almond were fully considered.

Of those buildings that were constructed under the first phase plans for the regional centre, remarkably few survive.
The Woolco department store that first anchored the development, (and the claustrophobic multi-storey car park that served it) were cleared to make way for the ASDA supermarket. Gone too is the enclosed bus station that placed the new town at the heart of Central Scotland’s transport network(?). Even the white-tiled seven-storey Sidlaw house, from which LDC chiefs gazed out on high and planned an ever more glorious future, disappeared to make way for Primark. Pentland House, Sidlaw’s sister block still survives on south side of the centre, although now looking a little down-at-heel. 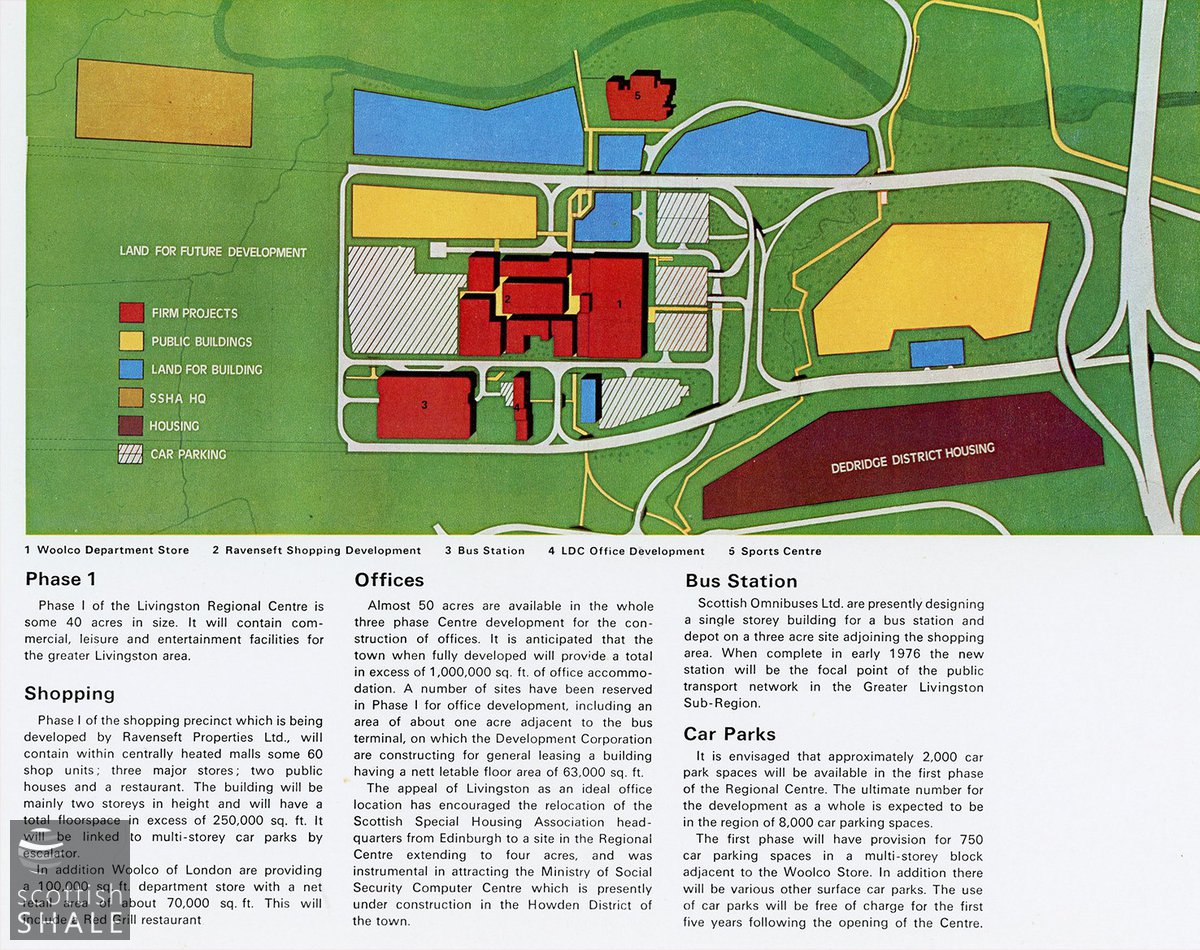