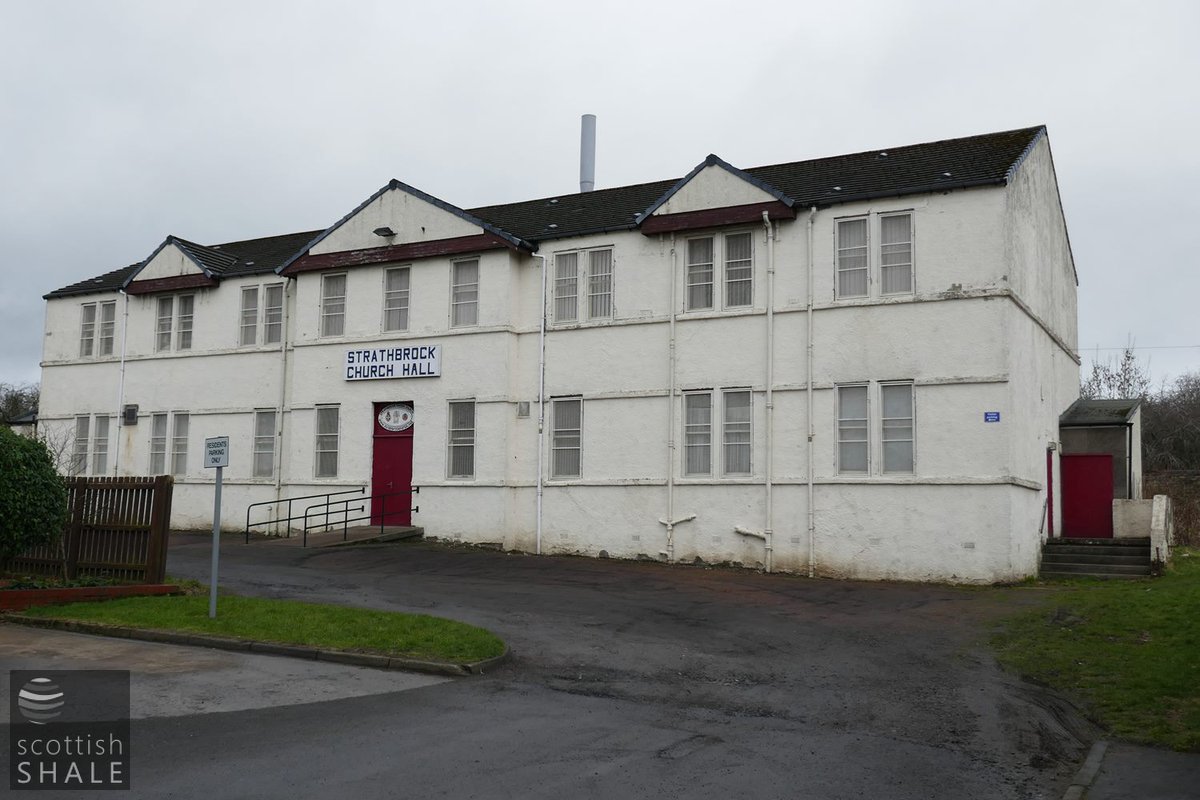 The Uphall Model Lodging House, at Crossgreen
Photographed in February 2017. 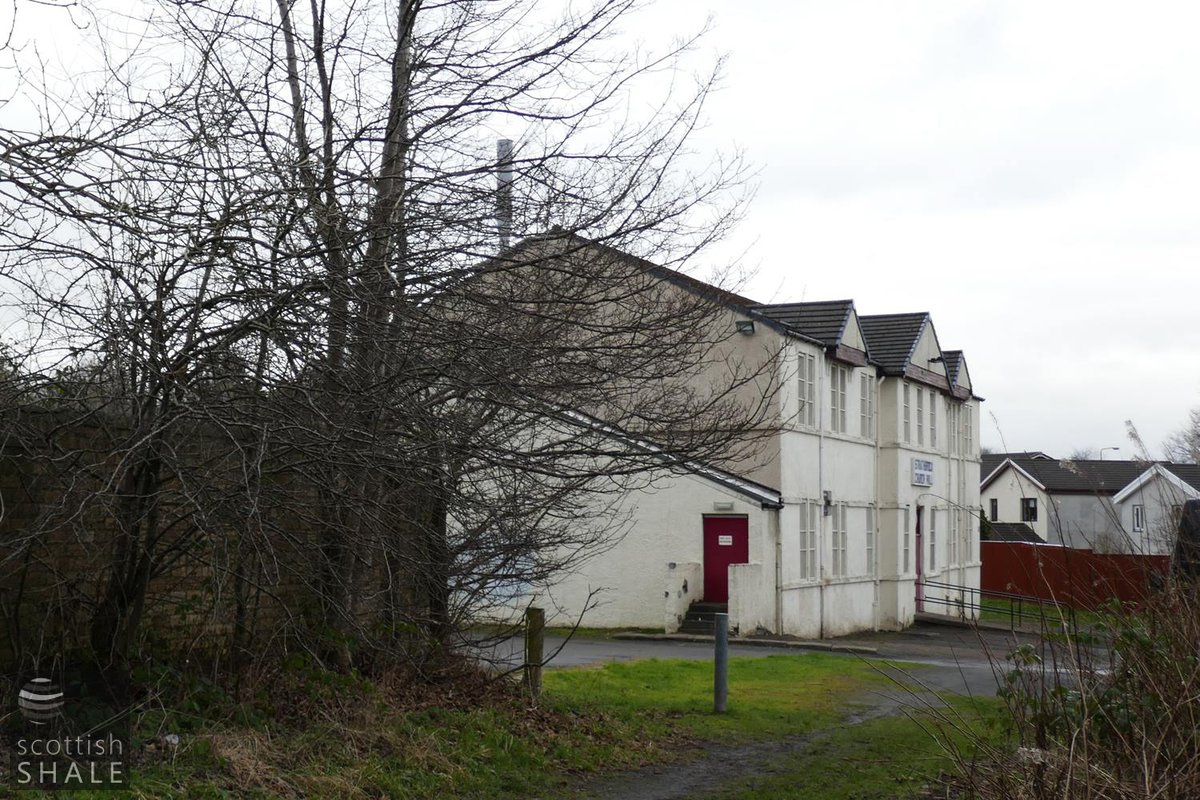 The model lodging house viewed from the west.

The rise and fall of markets, the boom and bust of business, led to great variation in the demand for labour in the shale oil industry. During the good years, an army of itinerant general labourers was called upon to carry our much of the dirty work around the mines and refineries. A few put down roots in West Lothian, but most would move on at times when trade declined, tramping the country and following the work.

In the early days of the shale oil industry, a shortage of accommodation often required many single working men to board with families, where they might share a humble home of one or two rooms with husband, wife and a cohort of children. While such “boarders” often had a trade and were in steady employment, itinerant labourers might be “lodgers”, staying in common lodging houses paid for by the night, and offering the most basic of accommodation.

The 1891 census for the parish of Uphall (which included both the Uphall and Broxburn oil works) lists 846 of the 8,644 residents as “boarders” or “lodgers”. 86 were listed as residents of the Crossgreen common lodging house in Uphall. On the night of the census, residents of the Crossgreen lodging house ranged in age between 17 and 80, the majority being in their thirties. 36 listed their place of birth as Ireland, many others came from rural Scotland. 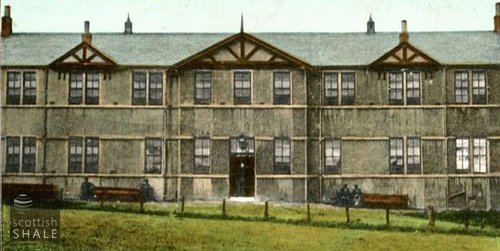 On the 1896 OS map, the most sizable building in the small hamlet of Crossgreen lay immediately west of the Ecclesmachan road. It might be presumed that this was the original Crossgreen farm house, and that it later served as the common lodging house. Thomson Court, Uphall now stands on this site. A court case of 1891 records that the common lodging house could accommodate 90 residents in four rooms, there being 45 beds, each shared by two men, at a charge of 4d. each per night.

Throughout the 1890's Crossgreen lodgers featured regularly in the courts. On several occasions men were charged for assaulting the lodging house keeper; there were frequent bloody fights, many petty thefts, incidents of drunken and disorderly conduct, and on one occasion, the malicious trampling of carrots in a neighbouring garden. In 1899, Linlithgowshire Council Council voted not to renew the licence of the lodging house.

Soon after the turn of the century, the Uphall Lodging House Company was formed to construct a new model lodging house at a site in Crossgreen a little to the north of the old lodging house, described as “not far from the centre of the village, yet sufficiently retired for the purposes”. The model lodging house, opened in 1903, had a hundred beds in two main dormitories, separated into cubicles in the manner of an army barracks. There was a dining hall and kitchen, in which lodgers could cook their own meals, a smoking room and a reading room “provided with literature and other aids to amusement”.

This enlightened provision seems to have deterred further unruly behaviour as many fewer reports of misdoings by Crossgreen lodgers subsequently appeared in the press. The “model” continued in business until 1946, and when plans to the sell to the local authority fell through, remaining residents were moved to accommodation in Broxburn. The building then became the Crossgreen works of Hunter and Foulis, printers of educational books. Following closure of the printing works (in the 1970's?), the spacious building now serves the community once again as Strathbrock church hall.

Above right: Crossgreen House. Postcard of the model lodging house, with satisfied residents relaxing on benches. 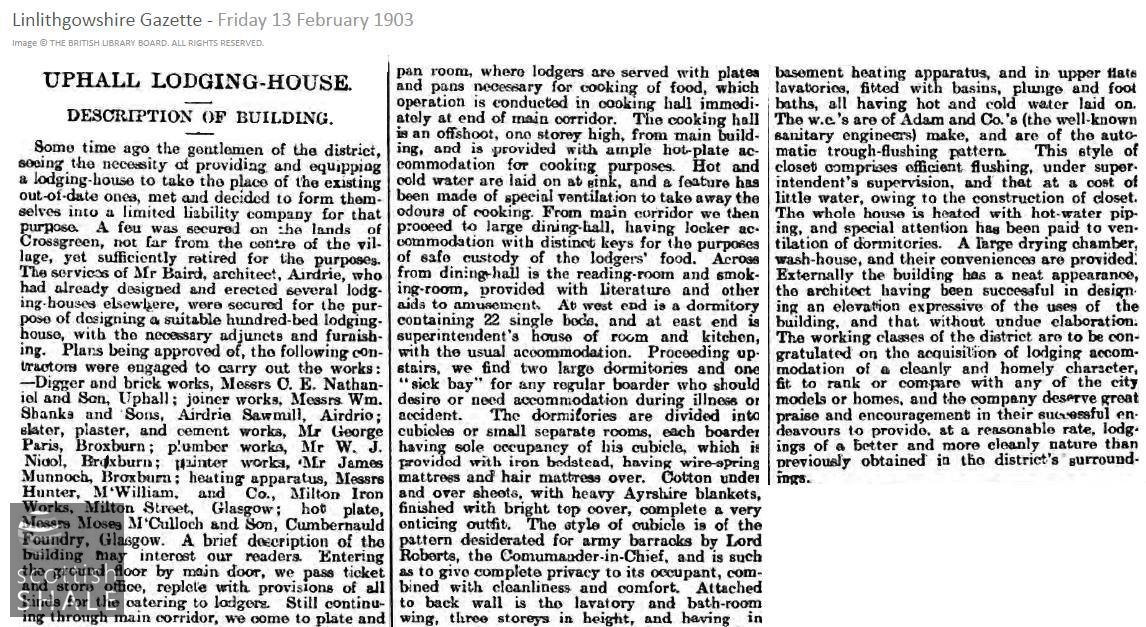 All the comforts of home. 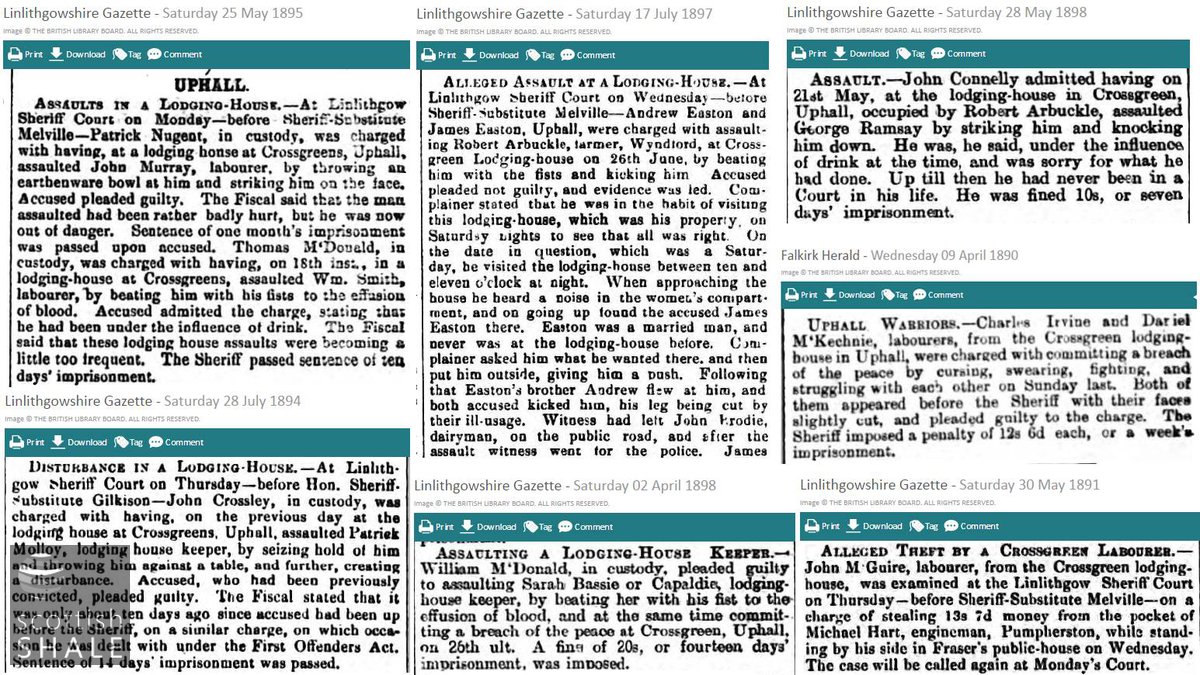 Crossgreen life. Tales of violence and drunkenness in the old common lodging house. 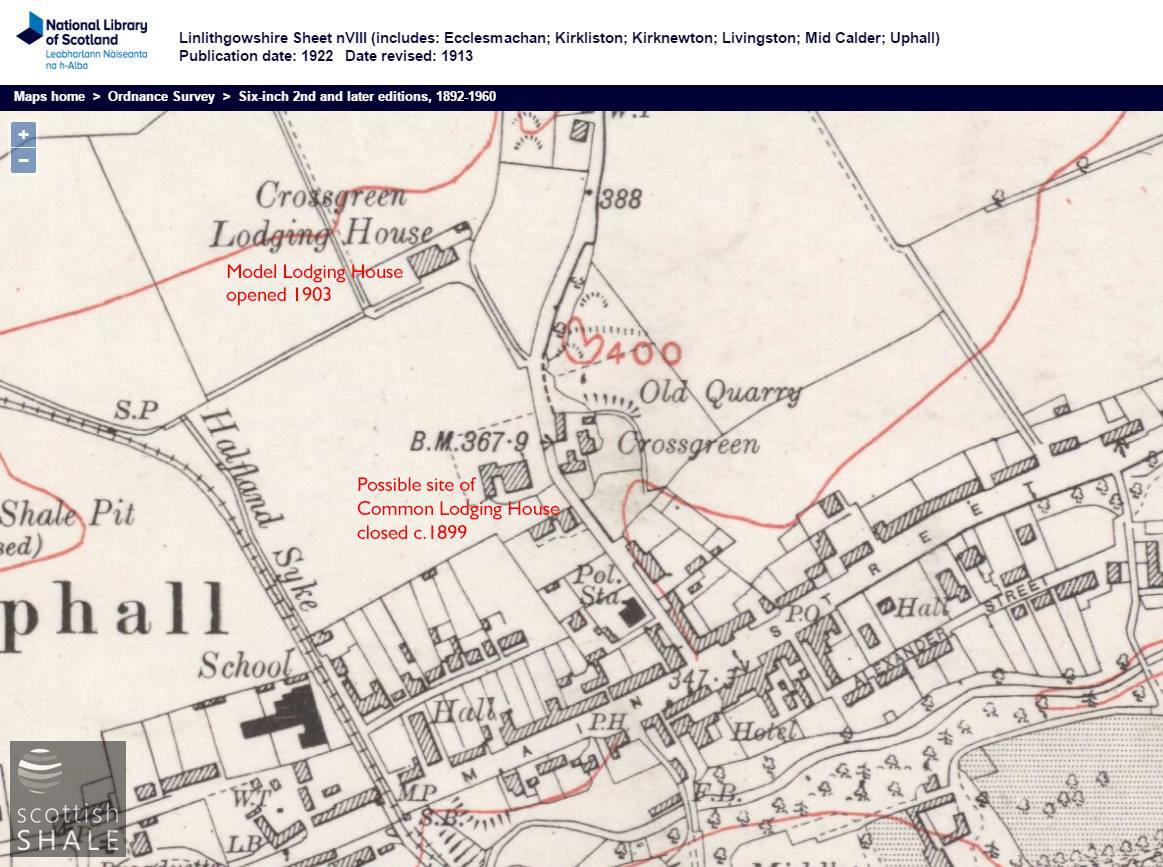