The Golden Circle, a luxury hotel in Bathgate 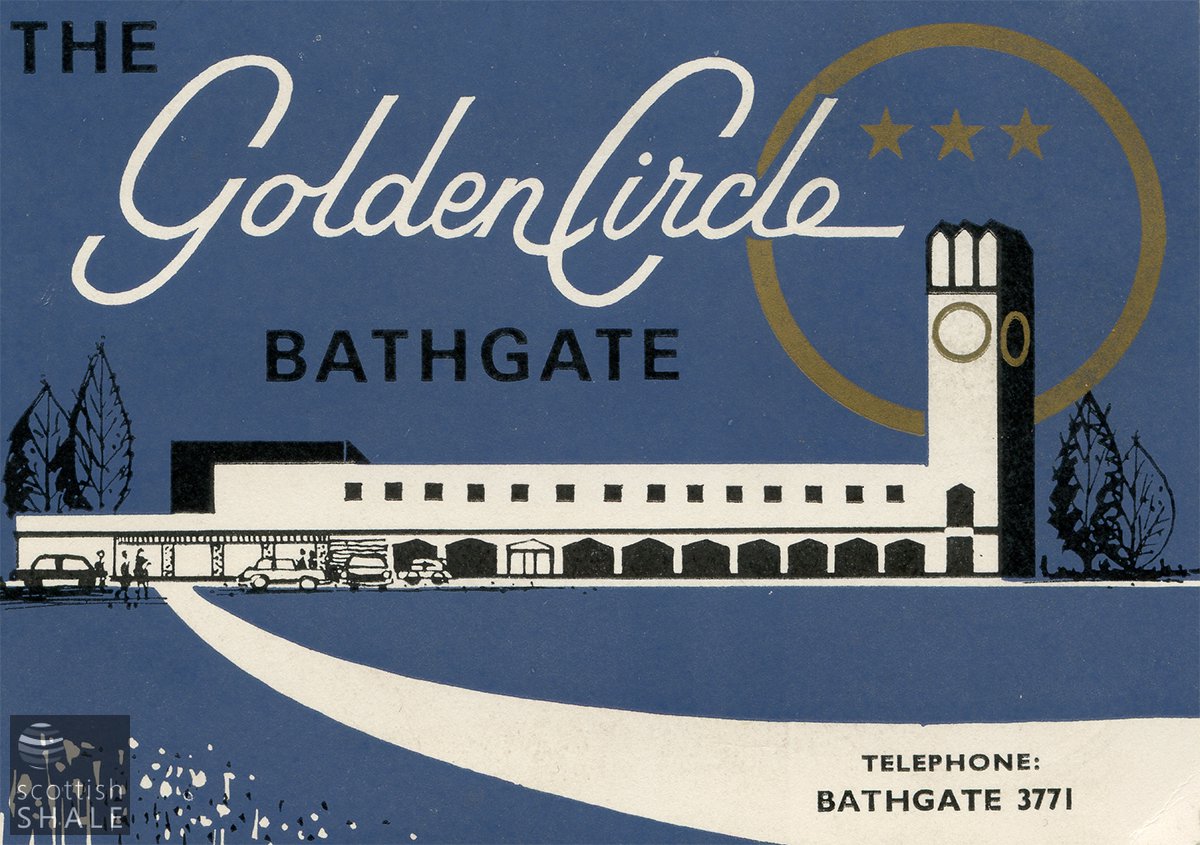 Room card, with golden ink, from the earliest days of the Golden Circle

Interior of the room card. The M8 had yet to be built when the map was drawn, but the "new" Forth road bridge (opened 1964) was in place. "Oil and Shale" is marked on the map, despite the industry closing in 1962 . 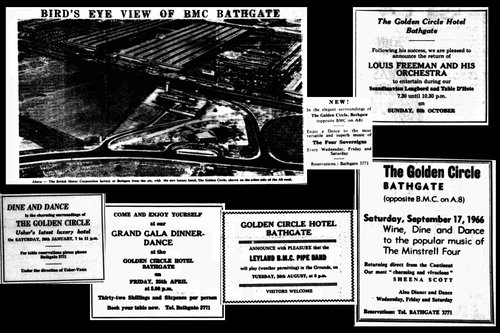 The A8 trunk road was once the major artery between the cities of Edinburgh and Glasgow. Midway along its route lay a startling modern flat-roofed building featuring a 62 foot high tower surmounted by odd flame-shaped concrete arches. Signs on the tower proclaimed this to be a hotel, but there was no indication of its name other than concrete circles on each face of the tower, which at night were bathed in a golden light.

At the start of the 1960’s, Bathgate lay at the heart of plans for a new industrial Scotland where a new generation of manufacturing businesses would emerge to take the place of mining and other declining heavy industries. In August 1961, the first vehicles rolled off the production line at the huge BMC truck plant, constructed on 260 acres of mossland immediately north of the A8. To the south of the trunk road, West Lothian County Council began the development of Whitehill industrial estate in 1963, which provided a base for a wide range of light industries for whom Bathgate was strategically placed to serve the whole of Scotland

This boom was good news for Bathgate’s hotels. The venerable Commercial hotel got a smart 1960’s facelift, facilities at the Dreadnought were brought up to date, and the Kaim Park was extended. This still didn’t satisfy the demand for rooms, therefore authorities were happy to agree to the construction of a new hotel strategically placed between the BMC plant and Whitehill, facing onto the trunk road. The Golden Circle was promoted by the brewing firm of Usher-Vaux, at a time when all the major breweries were building chains of pubs and hotels.

The design of the Golden Circle seems to have reflected American motel practice. Bedrooms were on the first floor, while much of the ground level was devoted to a succession of covered car parking bays. The flat roofed building was designed so that if required, two additional storeys could be added at a later date. While the hotel seems to have been hurried built to a tight budget, it was nevertheless presented as a prestigious luxury facility. When opened in November 1964 it was proclaimed as “A real hallmark – the Golden Circle has class”. Initially it offered 16 bedrooms, each equipped with bathroom, telephone and a radio. Downstairs, the dining room seated up to forty “in the essence of luxury”. There was a lounge bar, a public bar with a section set aside for serving hot snacks, and a cocktail bar featuring wall prints of early British motor cars. It was intended to cater for business executives and overseas buyers visiting the BMC plant, as well as general business travellers and tourists.

Although passing traffic diminished when the M8 was progressively opened during the late 1960’s, the Golden Circle became established as a venue for quality dining, functions and entertainment. Many a great night out was enjoyed there.

The Golden Circle has lost a little of its glamour and sparkle through the years. It has been re-modelled and extended on a number of occasions, with the ground floor parking bays enclosed within the building, and a peaked roof fitted. In about 1997, the Golden Circle became the Cairn Hotel which established a reputation as a good no-frills facility offering excellent value.

Recent on-line reviews from visitors to the Cairn have described “Friendly staff but a bad trip back in time”, others speak of “tired dated property desperately in need of modernisation and refurbishment”. Under new ownership, a further round of reconstruction is now taking place, which will see creation of 16 additional bedrooms on the ground floor and various improvements to the external appearance of the building. The hotel remains open for business during these substantial improvement works, and currently a modest £59 will provide a room for the night. It's a great opportunity to lie back, relax, and dream of giant glowing golden circles, and the happy optimism of the early 1960’s. 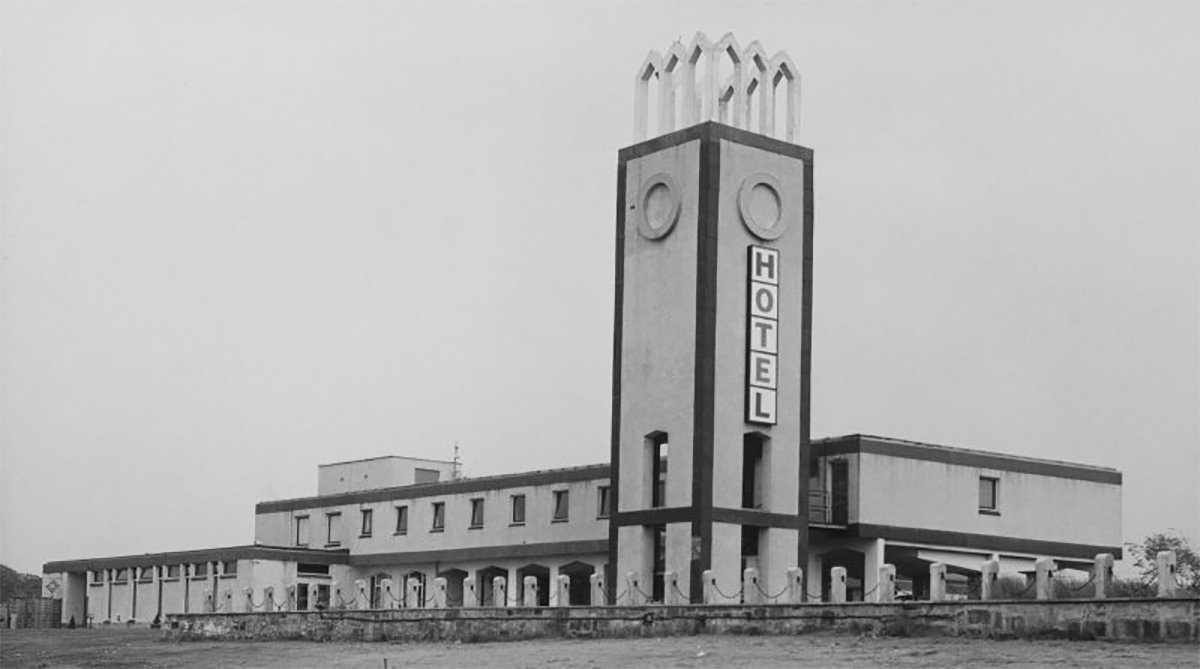 The Golden Circle in its original form, with covered parking occupying much of the ground floor. Image courtesy of Canmore 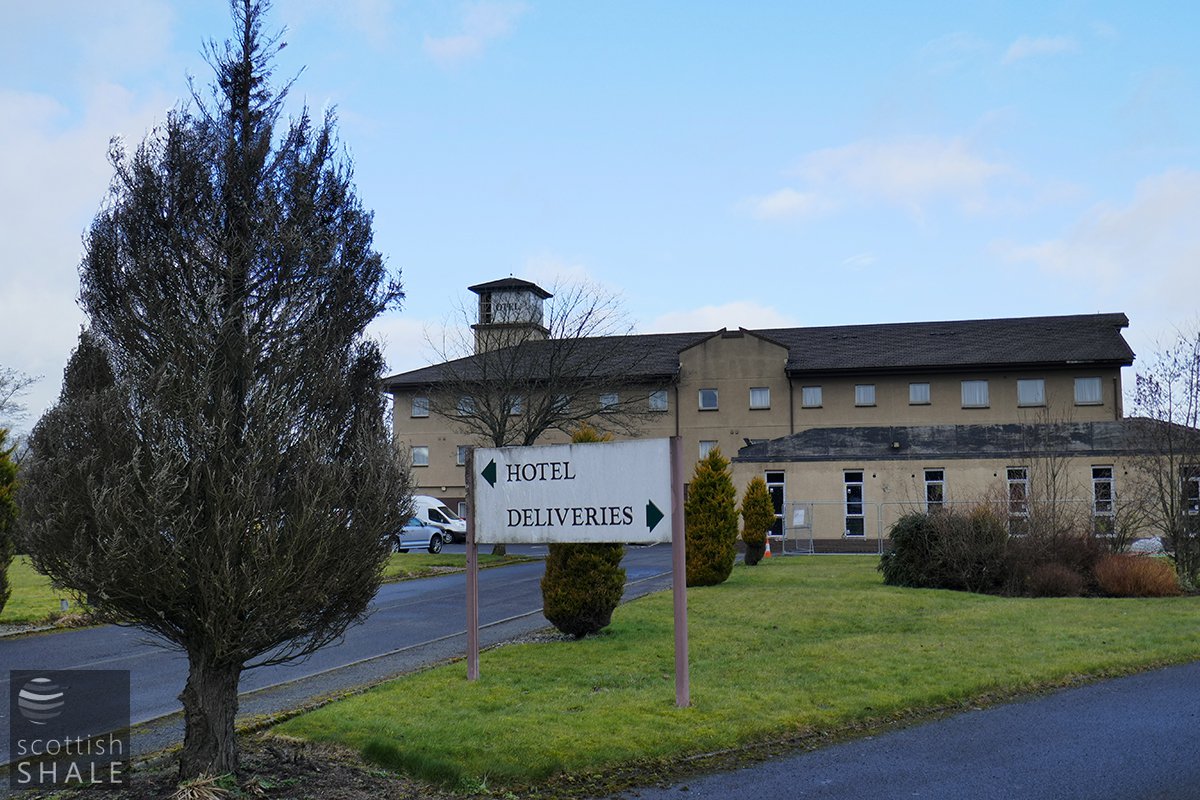 Work in progress...... not looking at its most attractive at the moment. 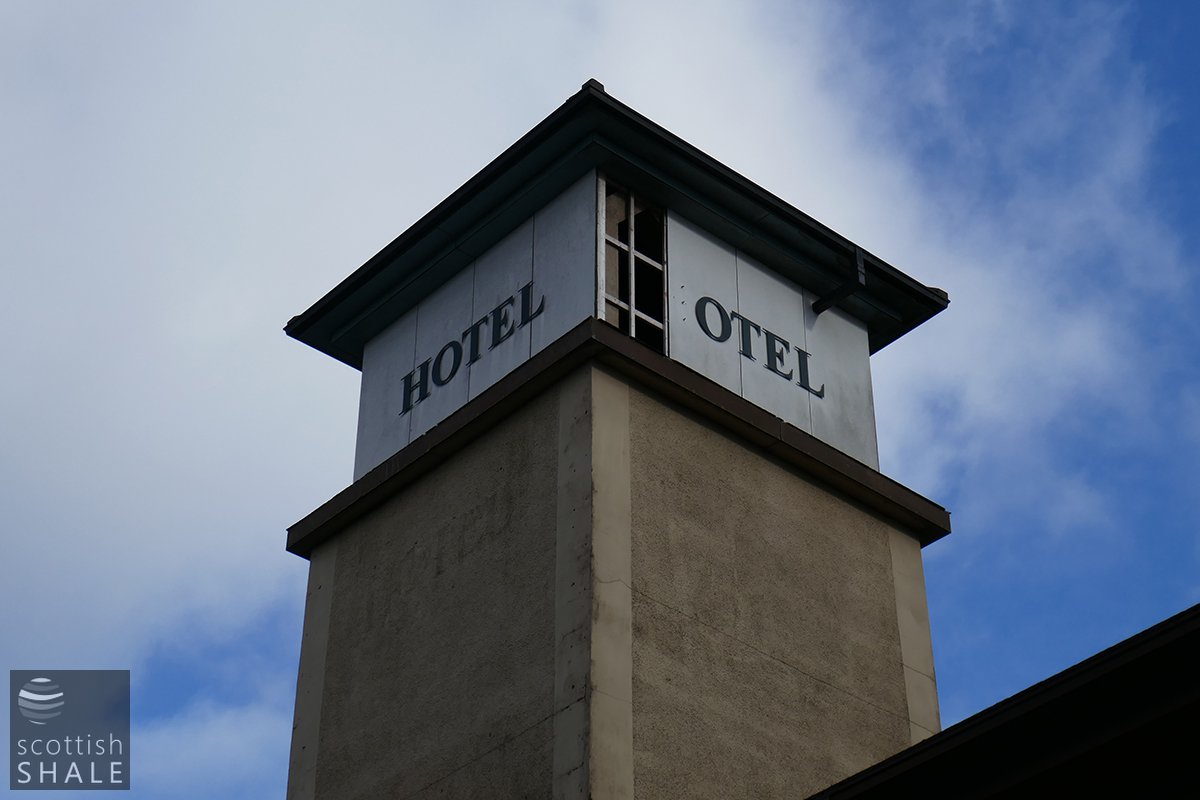 It seems that the concrete arches survive beneath the later cladding and roof. 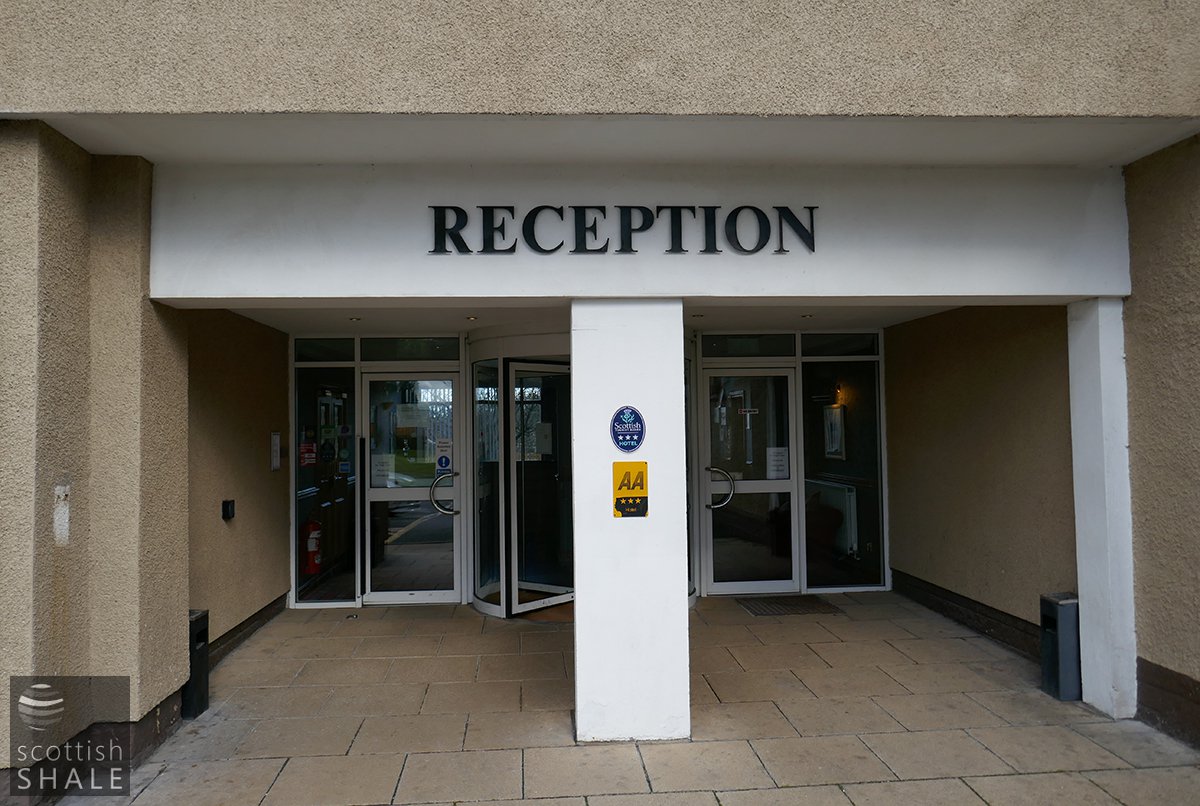