The Minister and the Lady from Chicago 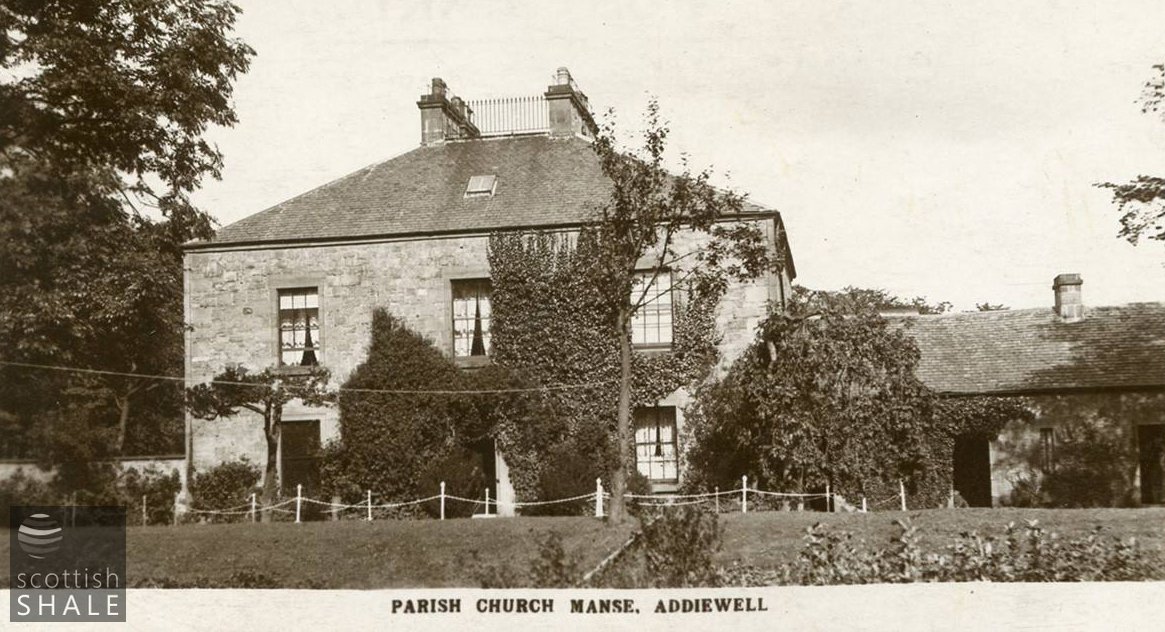 The farmhouse at Auchenhard c.1910.

The Reverend Thomas Henry Jones was appointed as the Established Church of Scotland minister for Addiewell in 1894. A fine new church serving a congregation of five hundred had been opened in the oil company village nine years previously, but no manse had been built. Accommodation for the clergy was instead arranged in Auchenhard house (sometimes spelled Auchinhard), owned by the heirs of James Paraffin Young.

The secluded two storey villa (built c.1800), and the “large and commodious farmhouse and offices” at Auchenhard, once enjoyed idyllic countryside views across the Breich water, with ornamental gardens, famed for their strawberries, on the south-facing slope between the houses and the burn. This rural peace disappeared with the construction of Addiewell oil works and village during the mid 1860's, and matters got progressively more unpleasant as the skyline became increasingly dominated by dusty mountains of spent shale. The Auchenhard estate was purchased by James Young in about 1870, and the house divided into upper and lower flats. The property lay unoccupied for considerable periods until a convenient arrangement was reached in which the large farmhouse became manse for the Addiewell's Established Church, while the upper floor of the villa became home for the minister of the Free Church. 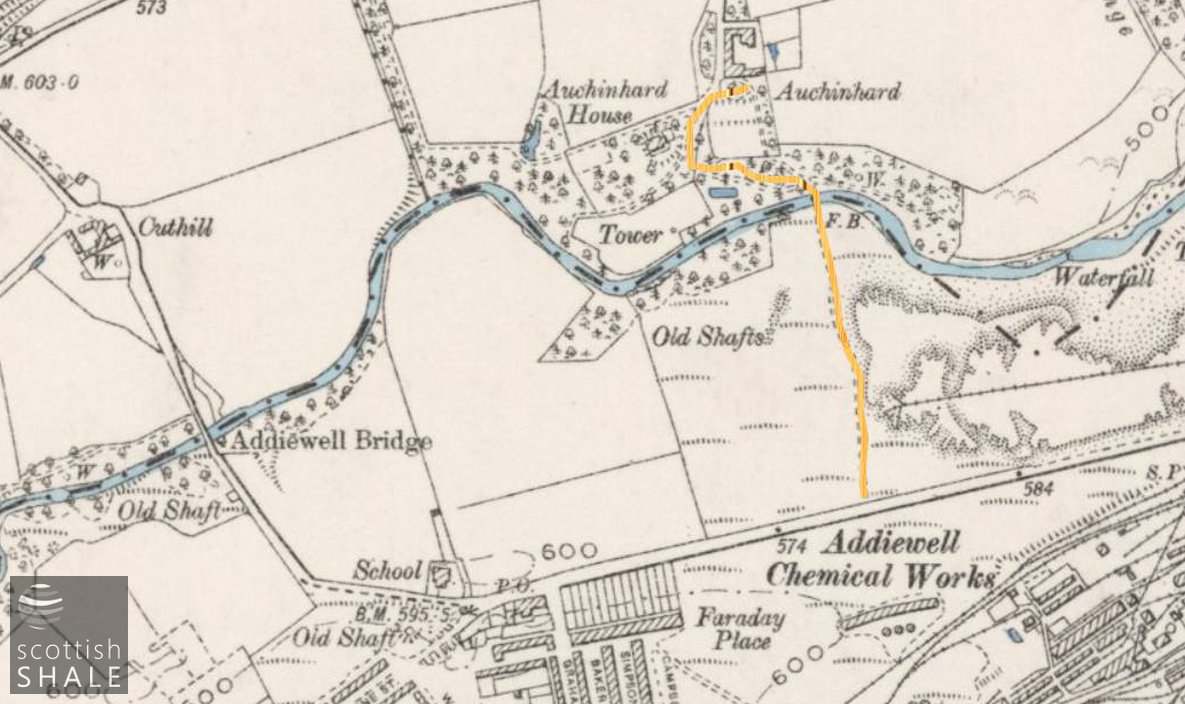 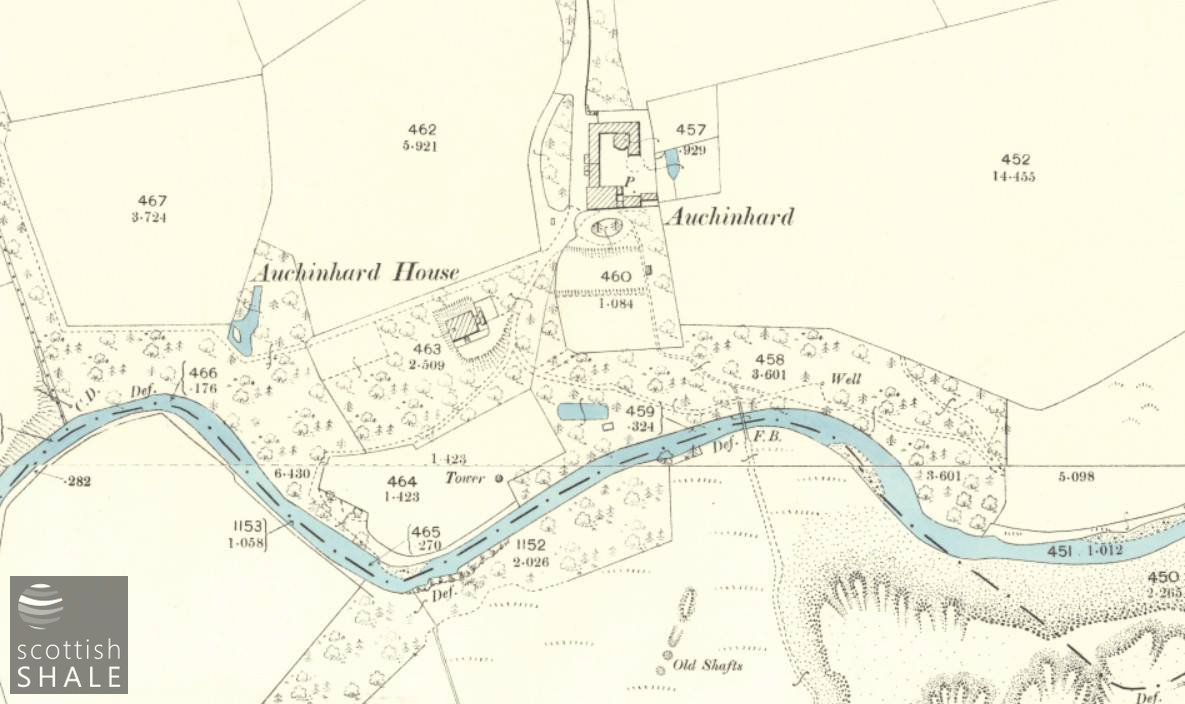 Auchenhard lay over a mile by road from Addiewell, however a path through the gardens, crossing the Breich Water by spindly footbridge then climbing uphill at the foot of the bings, provided a convenient route that halved this distance.

On the evening of 14th December 1897, a stranger called at the Auchenhard manse, home of the Rev. Jones and his housekeeper. A short, well-dressed woman in her forties introduced herself as Mrs Hunter; a close friend of the clergyman's sister in Chicago. She seemed well acquainted with the minister's social circle in Edinburgh and explained that she was in the process of setting up home in the capital, awaiting arrival of her sea captain husband. After a pleasant evening of conversation, she was offered a bed for the night and breakfast in the morning. The minister's suspicions were only aroused when she started speaking about a loan, having supposedly lost a cheque on her journey to Addiewell. 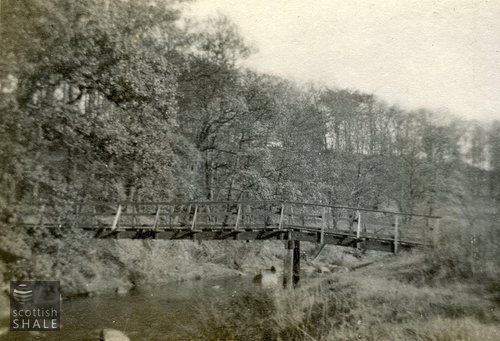 At that time, stories of fake heiresses and other confidence tricksters featured regularly in newspapers, and the minister seized the opportunity to play detective and bring the suspected imposter to justice. It was left to the housekeeper to loan Mrs Hunter sufficient money for a train ticket to Edinburgh, while the minister accompanied her to the station, explaining that he had to travel to Glasgow on business. While Mrs Hunter was left waiting for the next local train to Edinburgh, the minister took a train westward to Bellshill, changed platform, and boarded the Edinburgh express which speeded non-stop through Addiewell and arrived in the capital several hours before the local train. This enabled the minister to make enquiries, alert police and organise a reception committee at the terminus station. Mrs Hunter almost evaded this elaborate plan by leaving the train at Curriehill, but was later apprehended in a nearby public house.

A brief account of this incident appeared in the press, however the minister chose to write a long and rambling letter to the Scotsman newspaper which “...setting all modesty aside....” fully described his role in bringing the impostor to justice, signing it “The Victim”.

Following the arrest of Mrs Hunter, (real name Ellen Munro), more of her past came to light. She had recently stayed with a family in Leith, professing to be the wife of a brother reported dead sixteen years previously who, she maintained, would soon arrive back from America having made his fortune. At her trial, Ellen Hunter or Munro pleaded guilty to six charges of obtaining board, lodging and small quantities of money by false pretences, and was sentenced to twelve months in prison. It was stated that Ellen had lived a life of deception for the last twenty years, and had served many previous periods in gaol. It was said that her husband was a navy coastguardman in India and that during his absence, she had been “thrown on her own resources and unfortunately adopted this means of getting a livelihood”.

Life in Addewell may have seemed a little dull afterwards for the heroic Rev. Jones, who in the following summer accepted a position with the Presbyterian church in Bulawayo.

Above right: This photo c.1910 is thought to show the footbridge across the Breich water near Auchenhard. 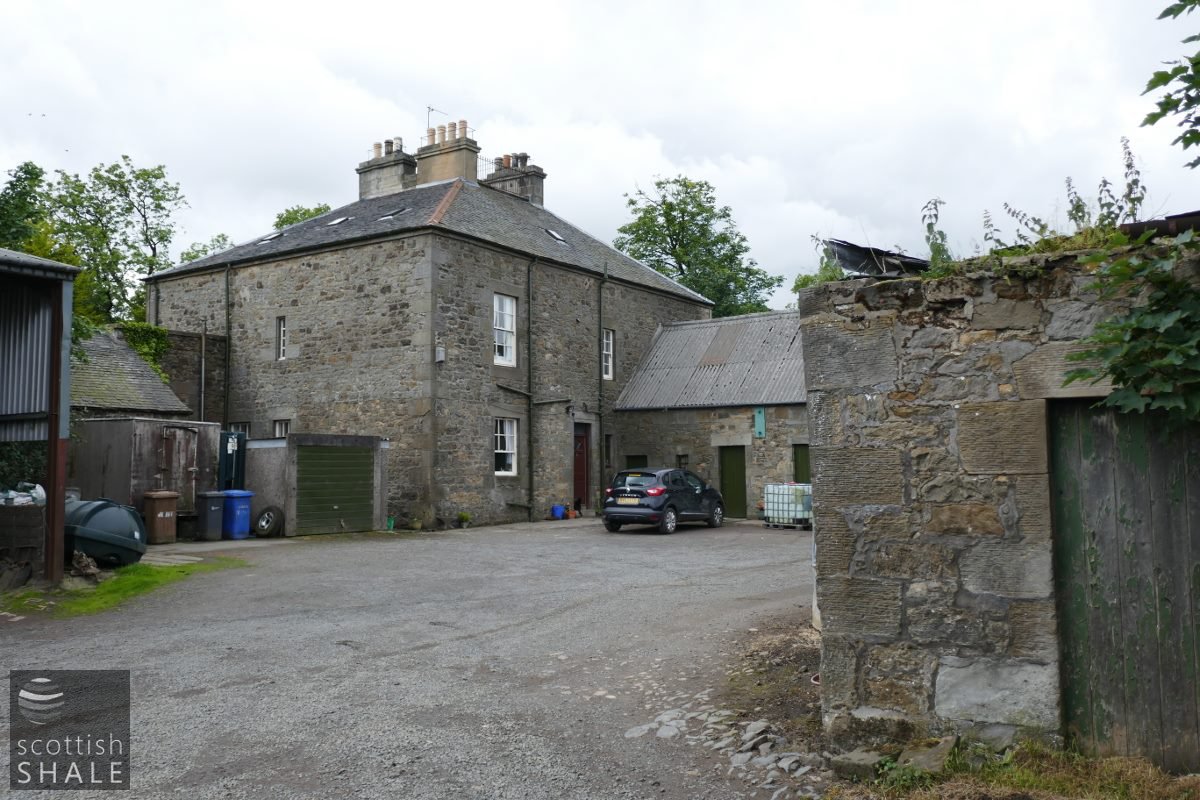 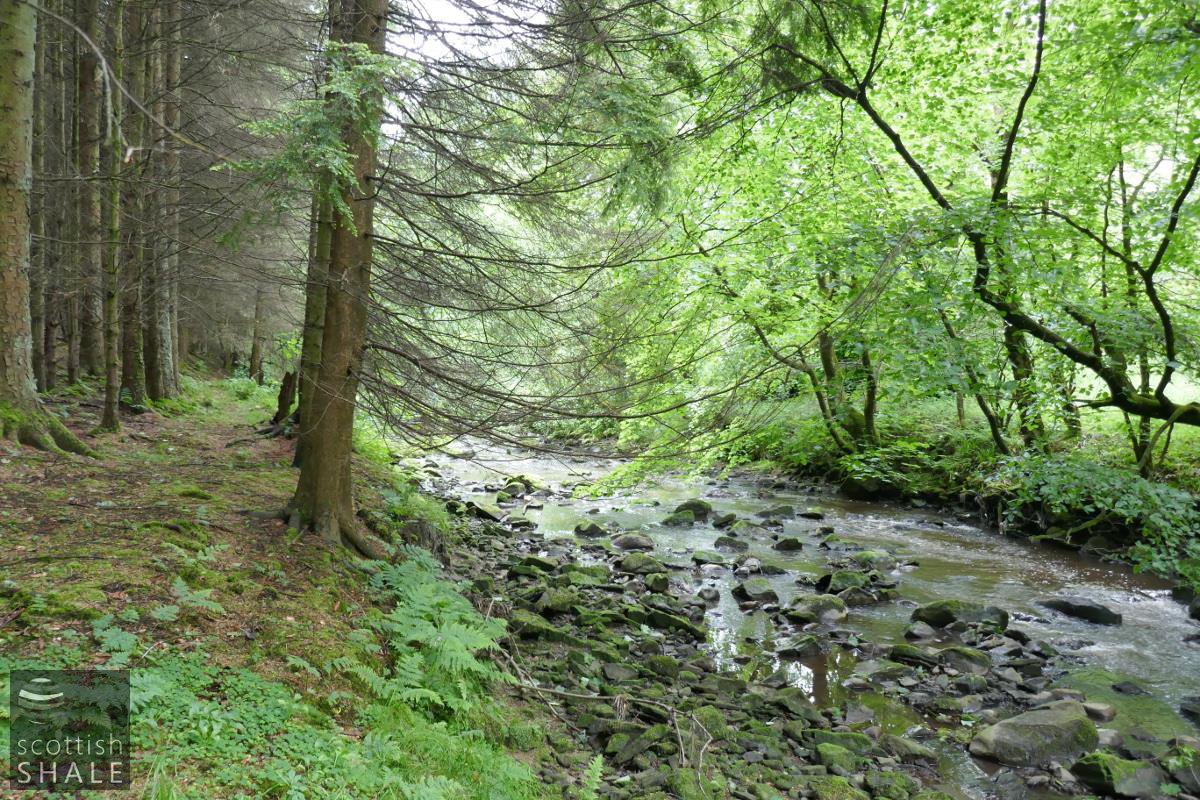 The beautiful Briech Water, taken from its southern bank with the lands of Auchenhard on the right. 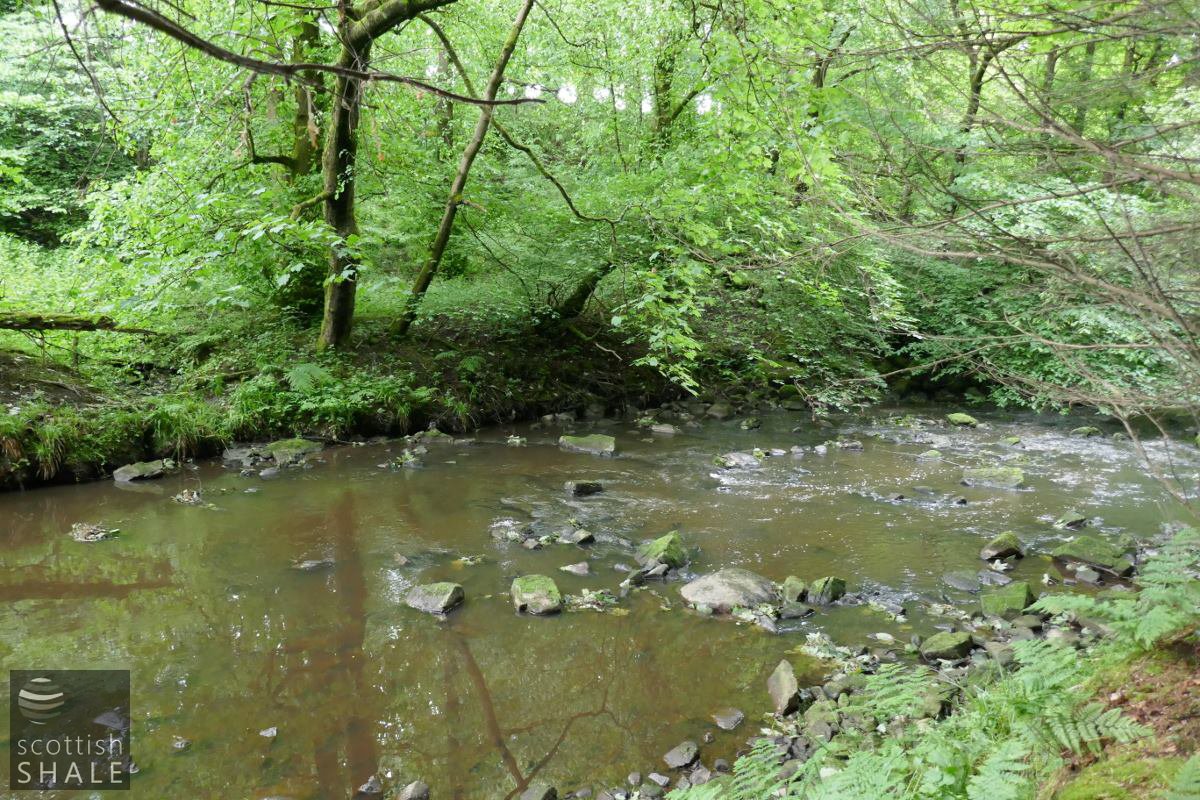 Probable site of the footbridge. 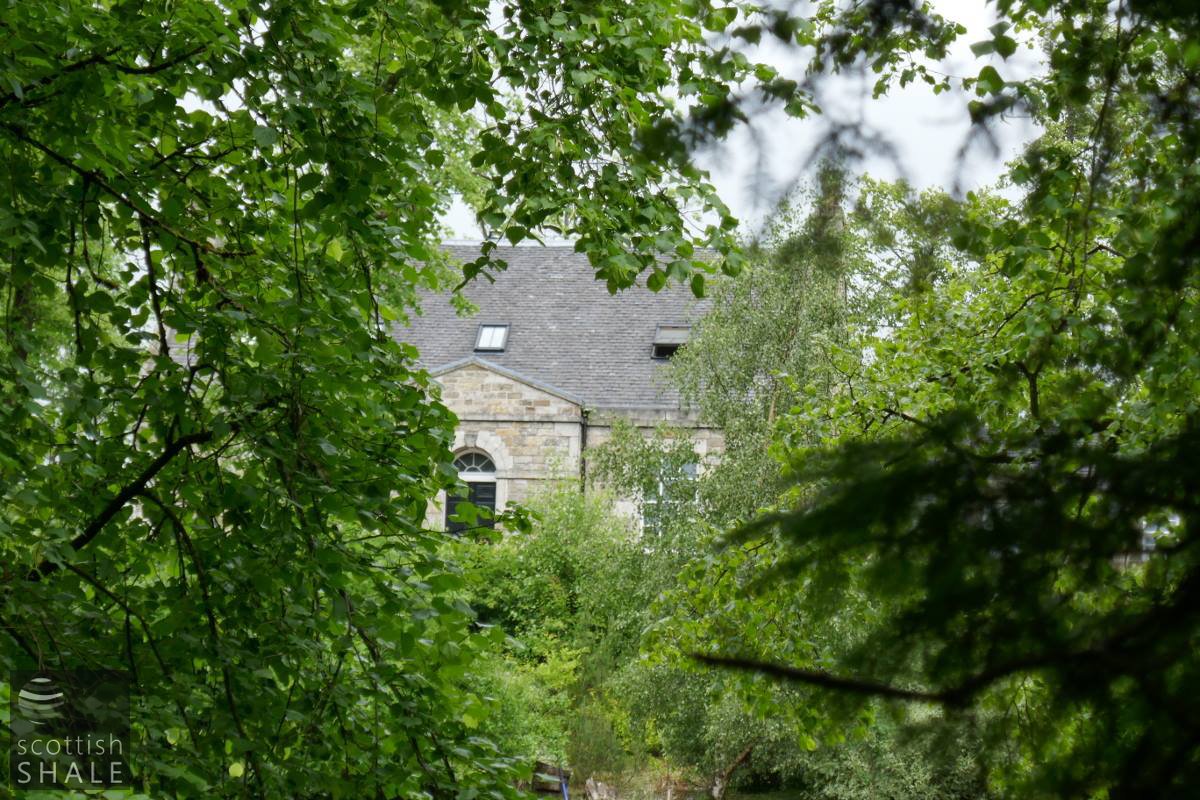 Auchenhard House, glimpsed through the trees from the south of the burn.

Auchenhard House - Visible once again from the south, after the felling of the trees on the south bank of the Breich Water. 4th October 2020.