A rectangle of reeds and rushes on the site of the West Calder pond, with the town and the five sisters on the horizon.

Following the many interesting responses to our recent post about curling ponds, we share some further information, gleaned from old Ordnance Survey maps, about the many sites where curling competitions once took place in West Lothian. 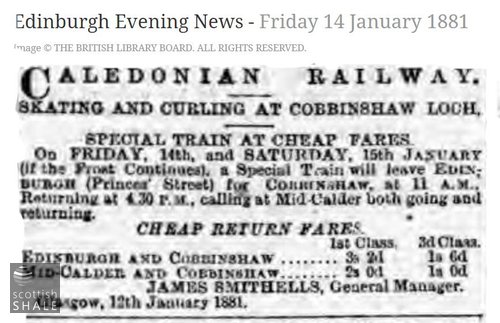 By the start of the Victorian era, most parishes had their own curling club, usually under the patronage of the local laird, who would set aside an secluded area of wood or field for construction of a pond. The earliest records of local clubs, according to the Royal Caledonian Curling Society are Bathgate (1811), Buchan (Broxburn) 1838, Linlithgow (1820), Torphichen (1831), Uphall (1838), Whitburn & Fauldhouse (1829), Bellsquarry & Livington (1831), Kirknewton (1825), Midcalder (1830), West Calder (1823). Further clubs were formed to serve the new industrial communities.

In addition to ponds used for public matches, many estates had their private ponds, and informal curling competitions often took place on ponds, streams and the canal. Linlithgow loch, Cobbinshaw loch, and the wetlands around Bathgate, were particularly popular with skaters and curlers during the frozen depths of winter.

A new type of “artificial” curling pond began to be built at the end of the 19th century as part of the recreational amenities of towns and villages. Constructed with masonry walls and an asphalt base, they eliminated much of the danger and uncertainly of the old ponds and could be converted for bowling or tennis during the summer months.

The locations illustrated here are very unlikely to be an exhaustive list, and much further research might be done to unravel this fascinating history, and this lost pleasure of winter. 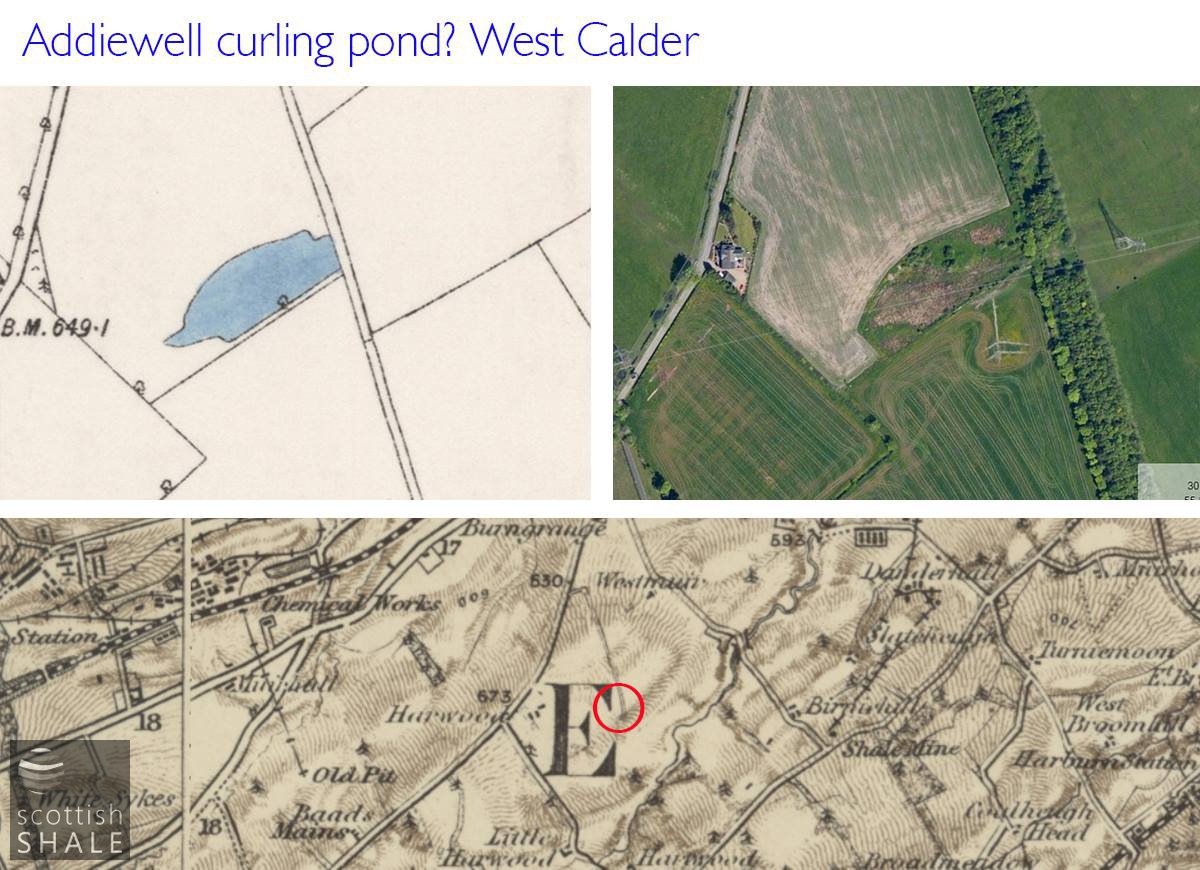 An area to the south of West Calder, marked on the 1914 map as "curling pond". Was this the home pond of the Addiewell curling club? 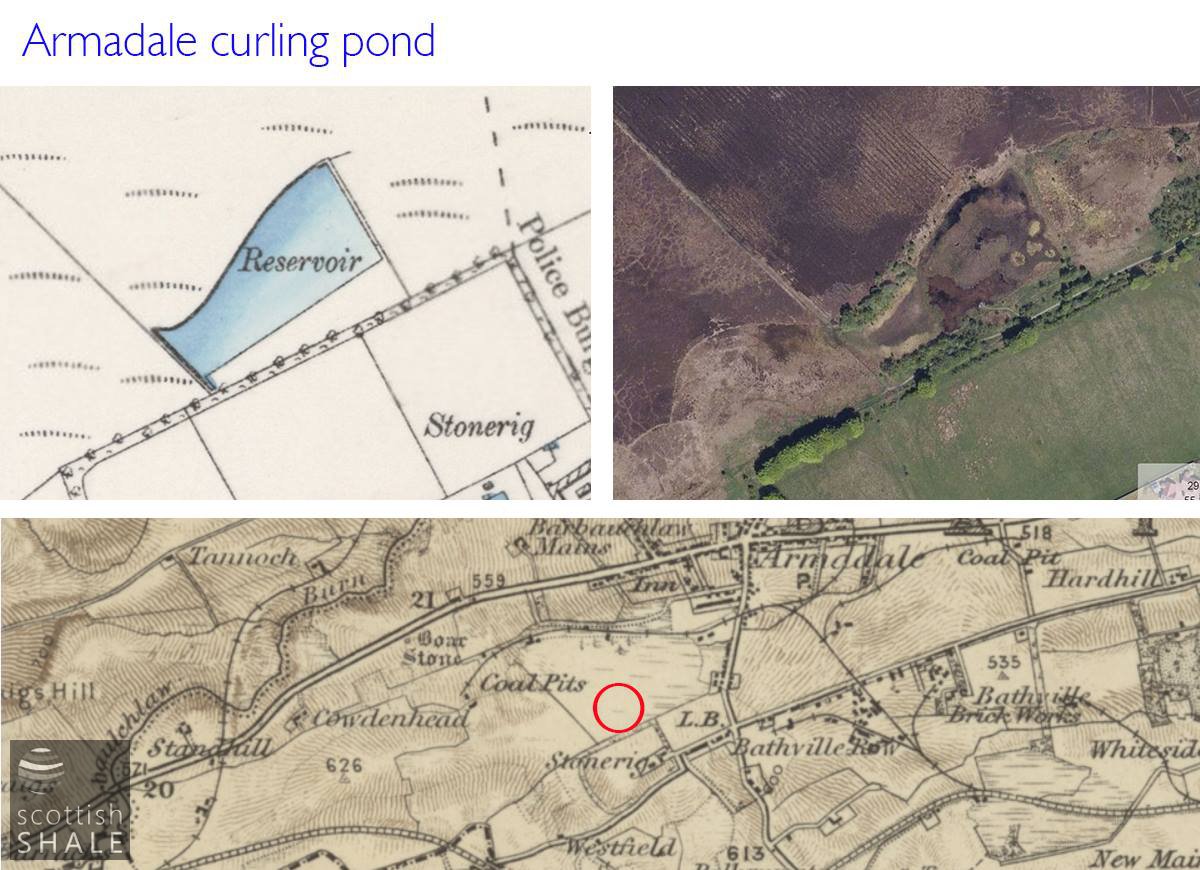 Reservoir between Bathville and Armadale, marked as "curling pond" on the 1916 map. 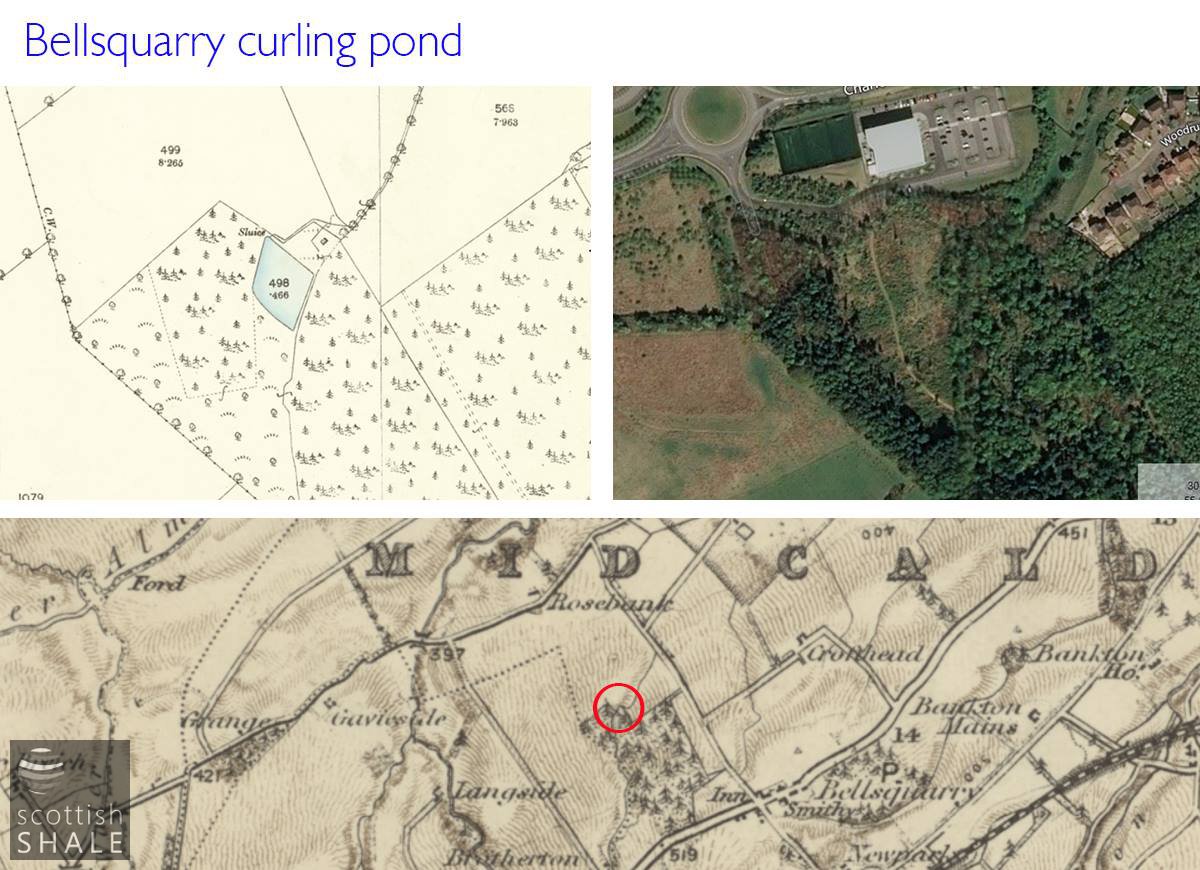 Curling pond within the Wilderness, part of the Alderstone estate, and perhaps base for the Bellsquarry curling club? 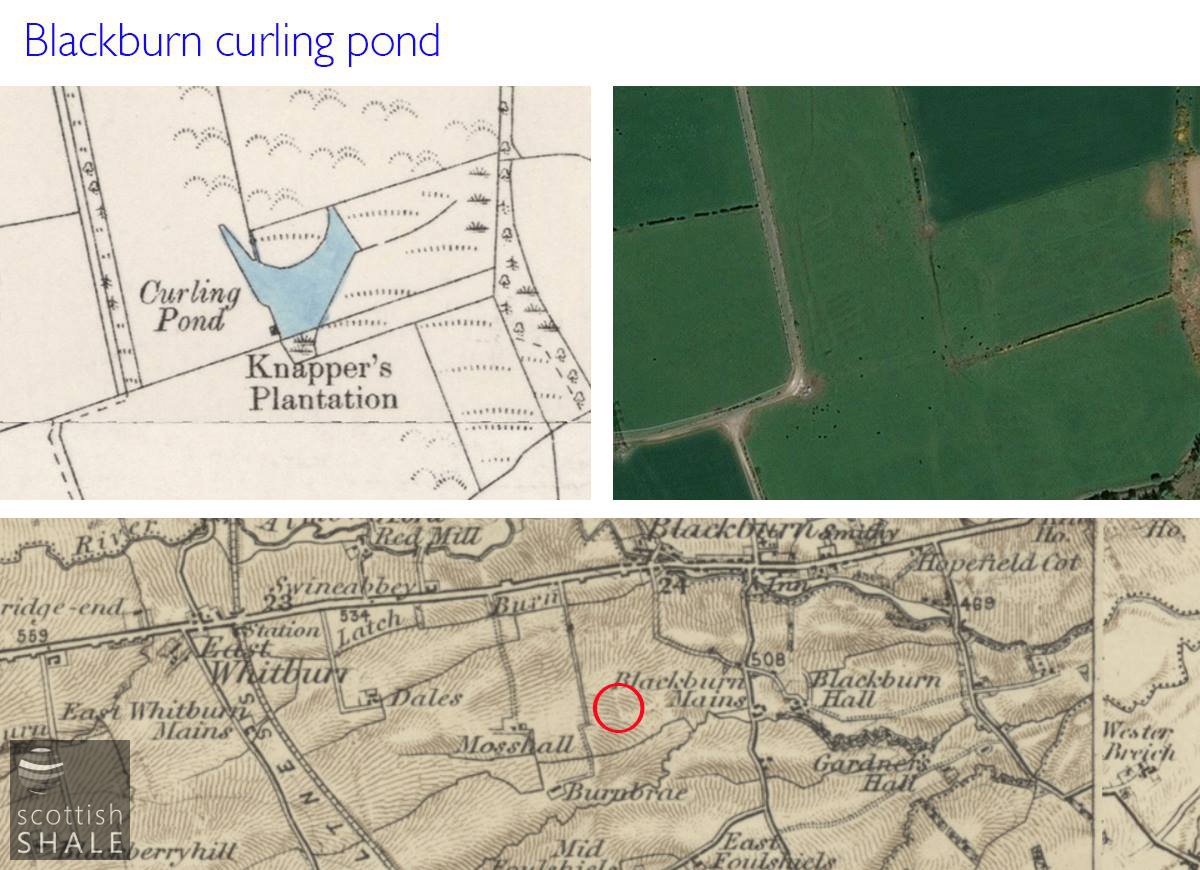 Was this the pond of the Blackburn curling club? 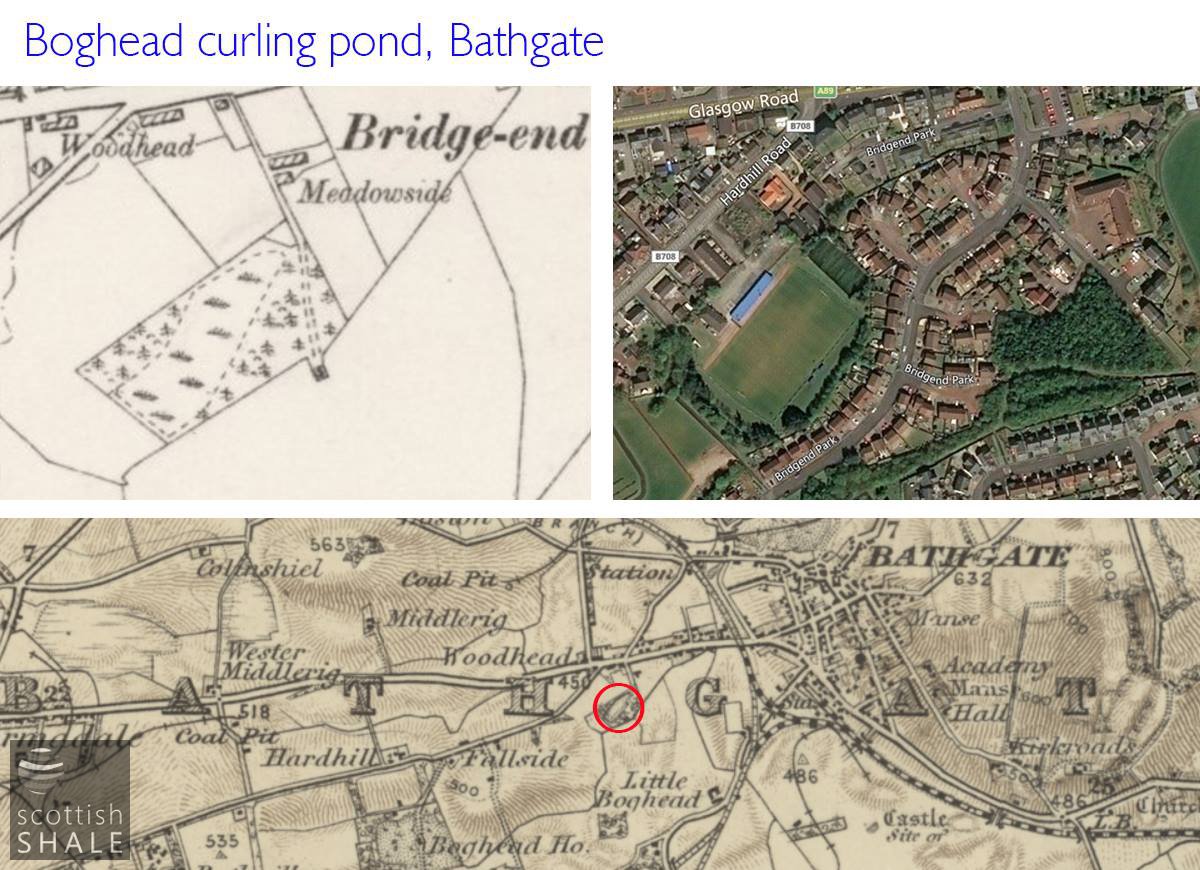 Shown as a curling pond on the 1855 map, this was presumably the famous Boghead pond where the Bathgate club hosted the annual Linlithgowshire Bonspiel? 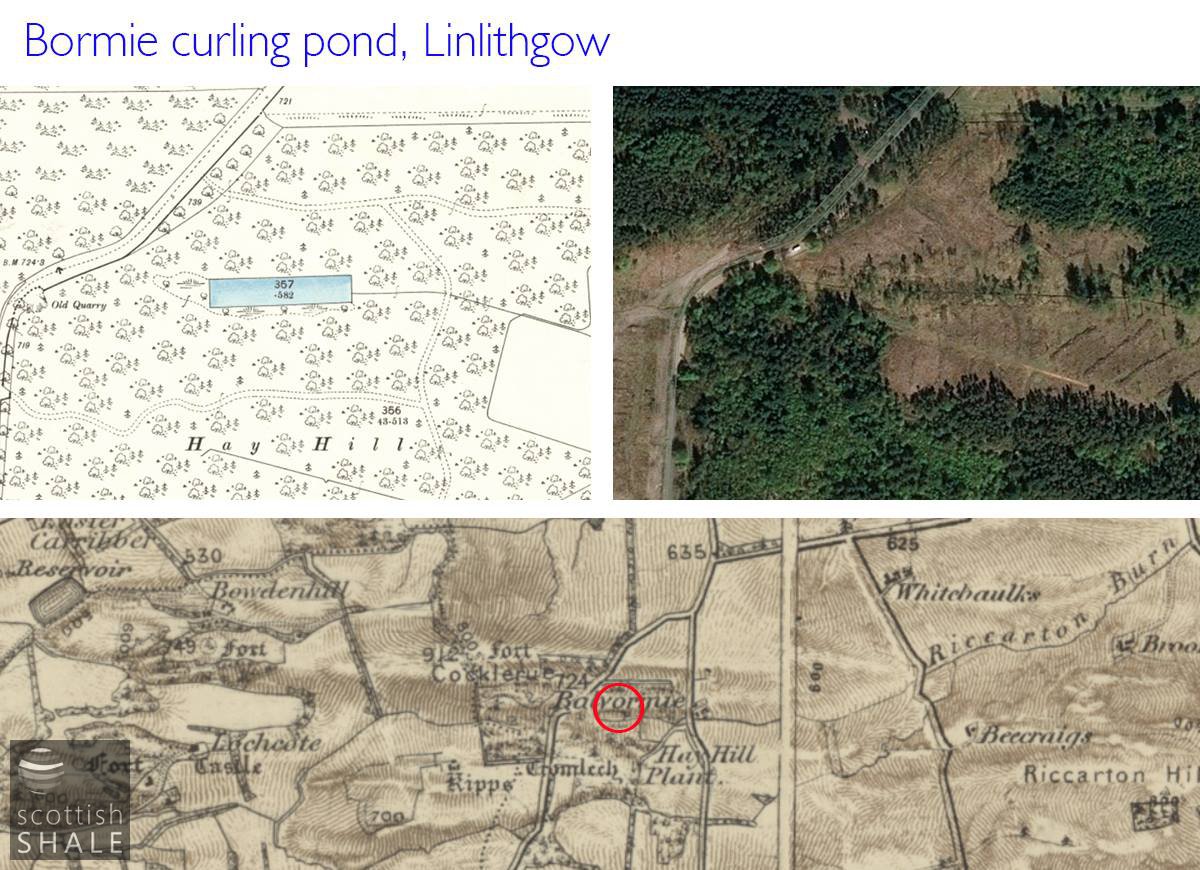 Now within Beecraigs country park, the Bormie pond is shown on the 1855 map. 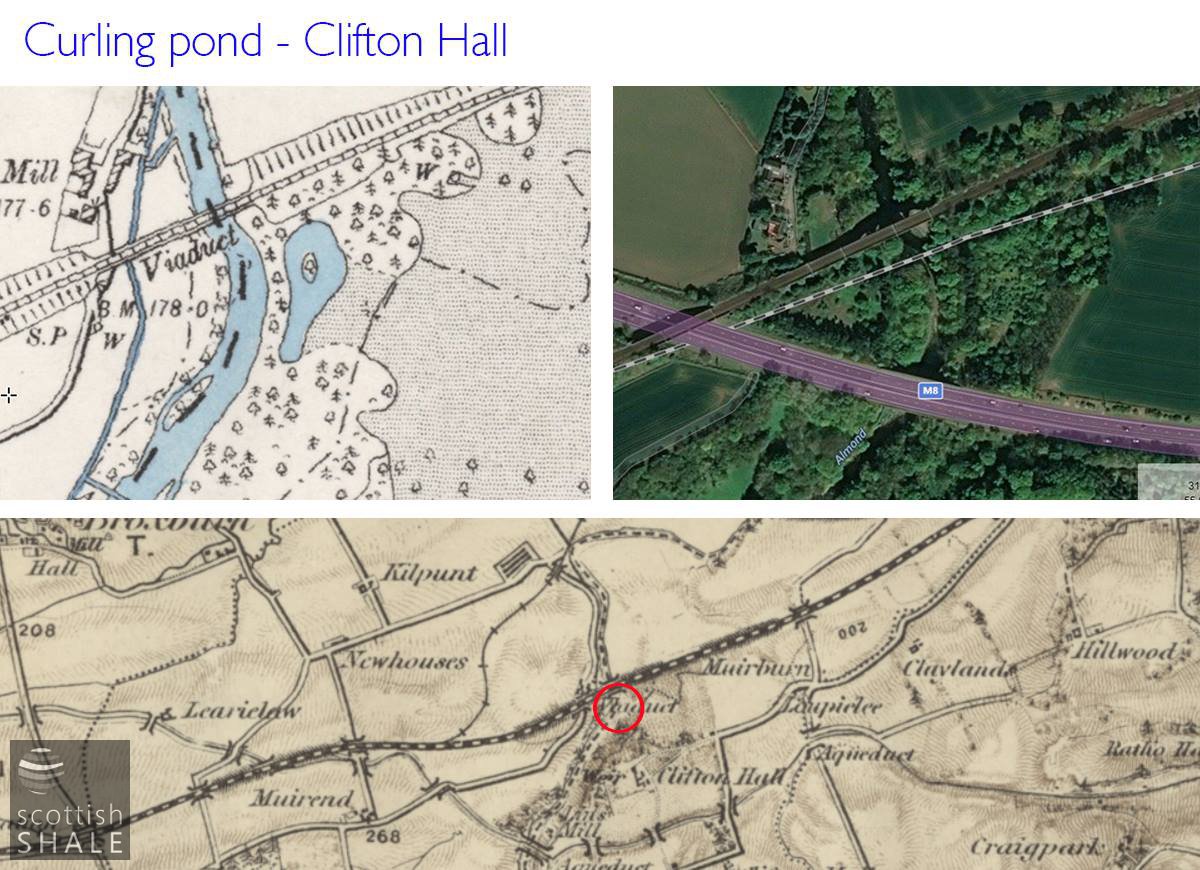 This pond with wooded islet is marked as "curling pond" on the 1916 map. 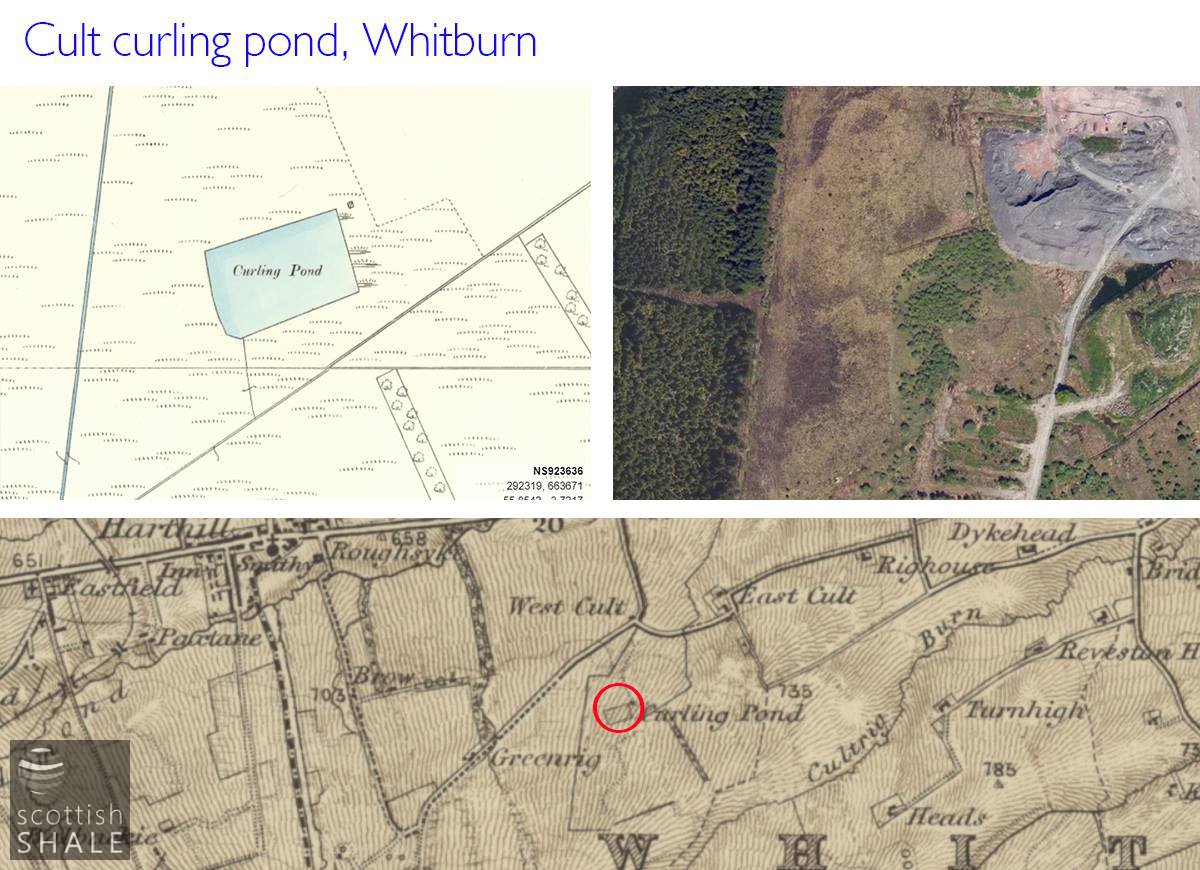 The Cult pond on lands of Polkemmet. 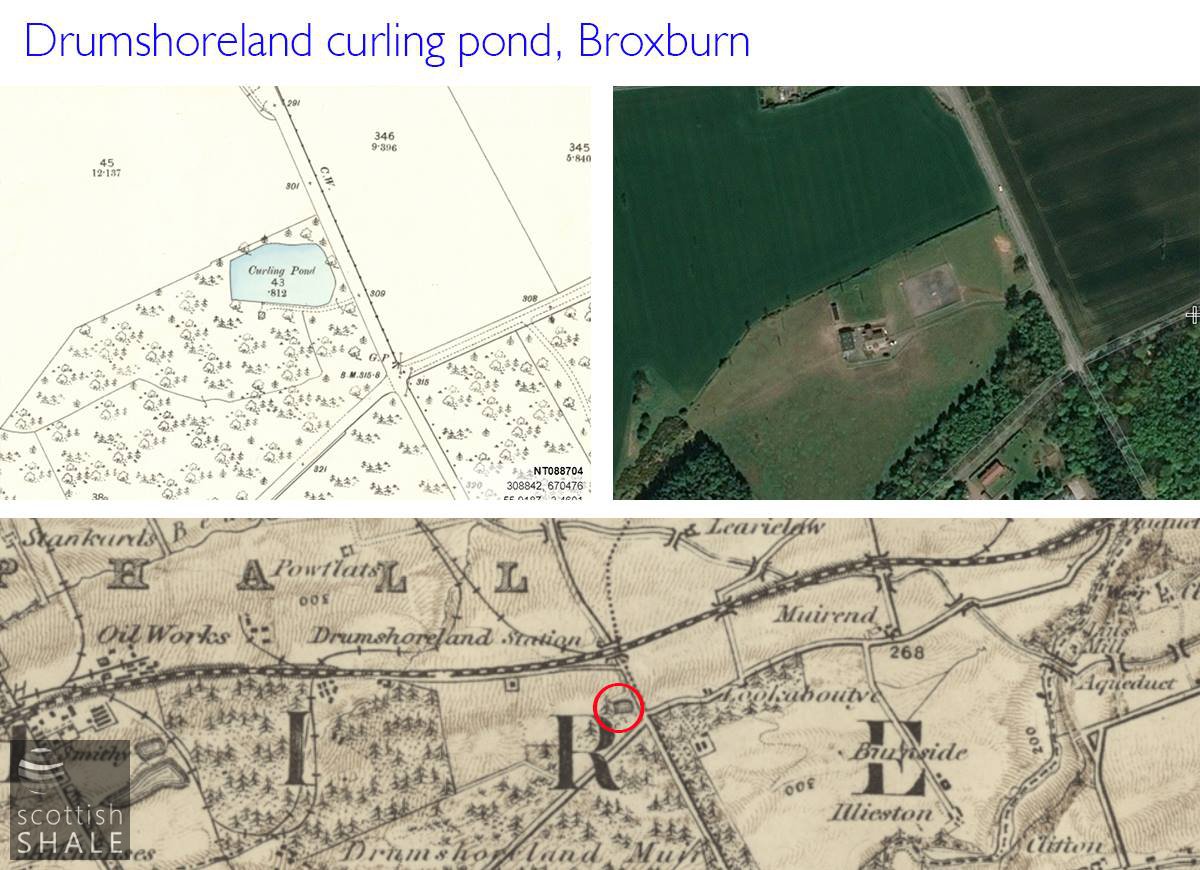 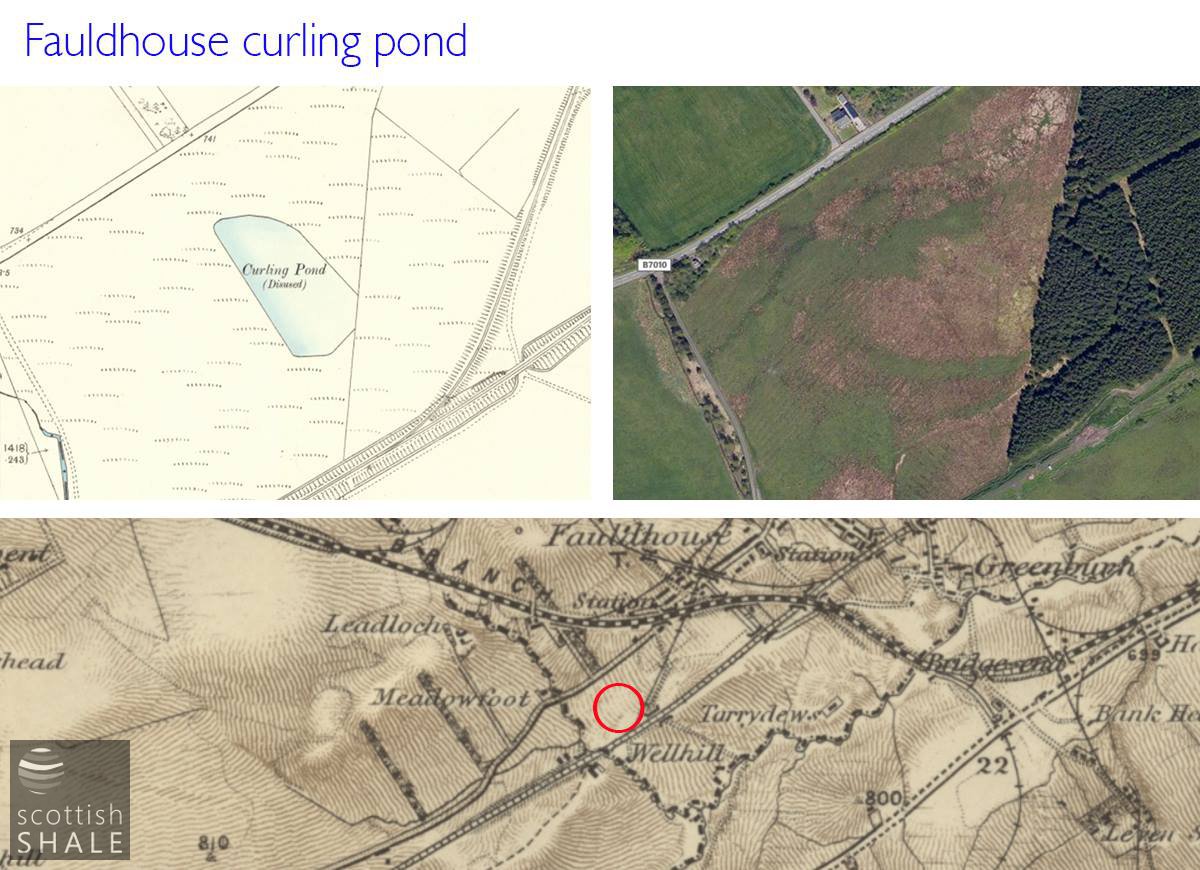 Was this where the Fauldhouse curling club hosted matches? 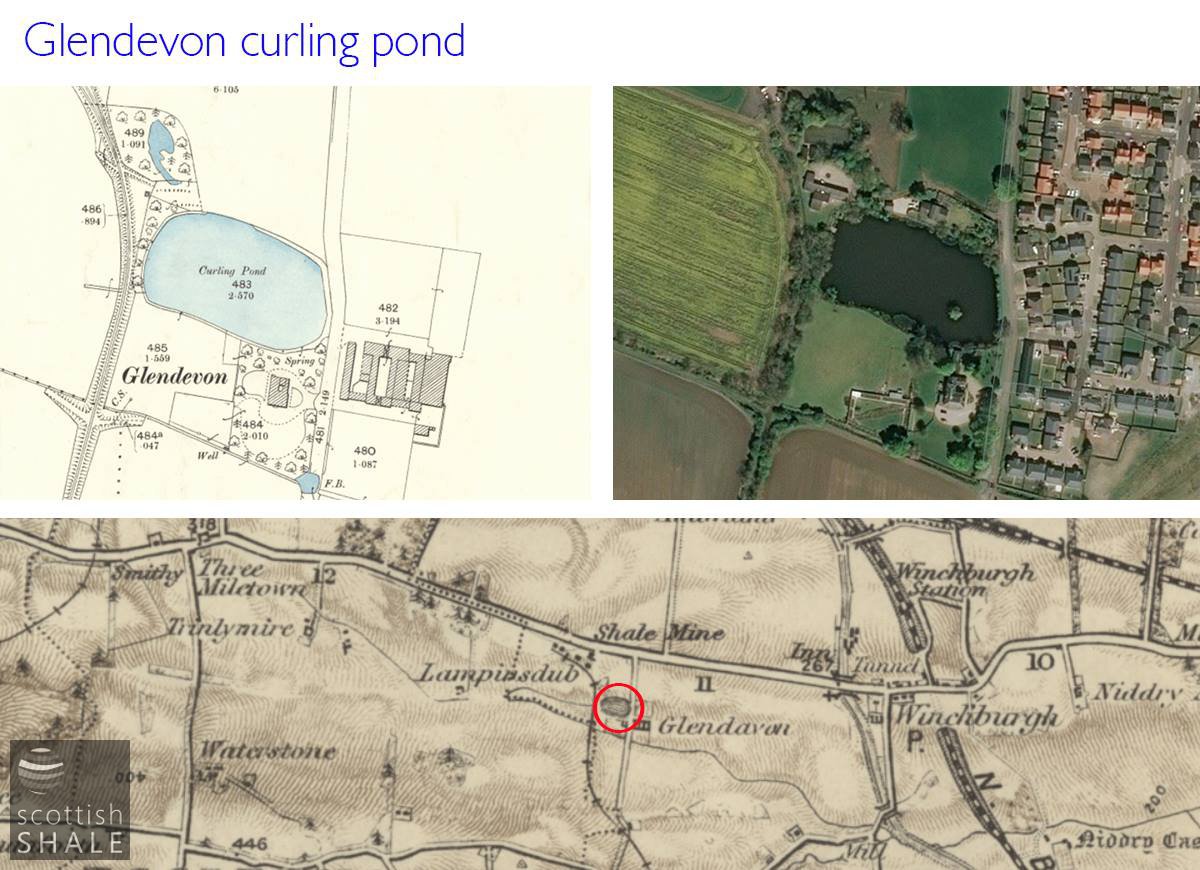 The natural? Glendevon pond, used for a period by the Winchburgh curling club. 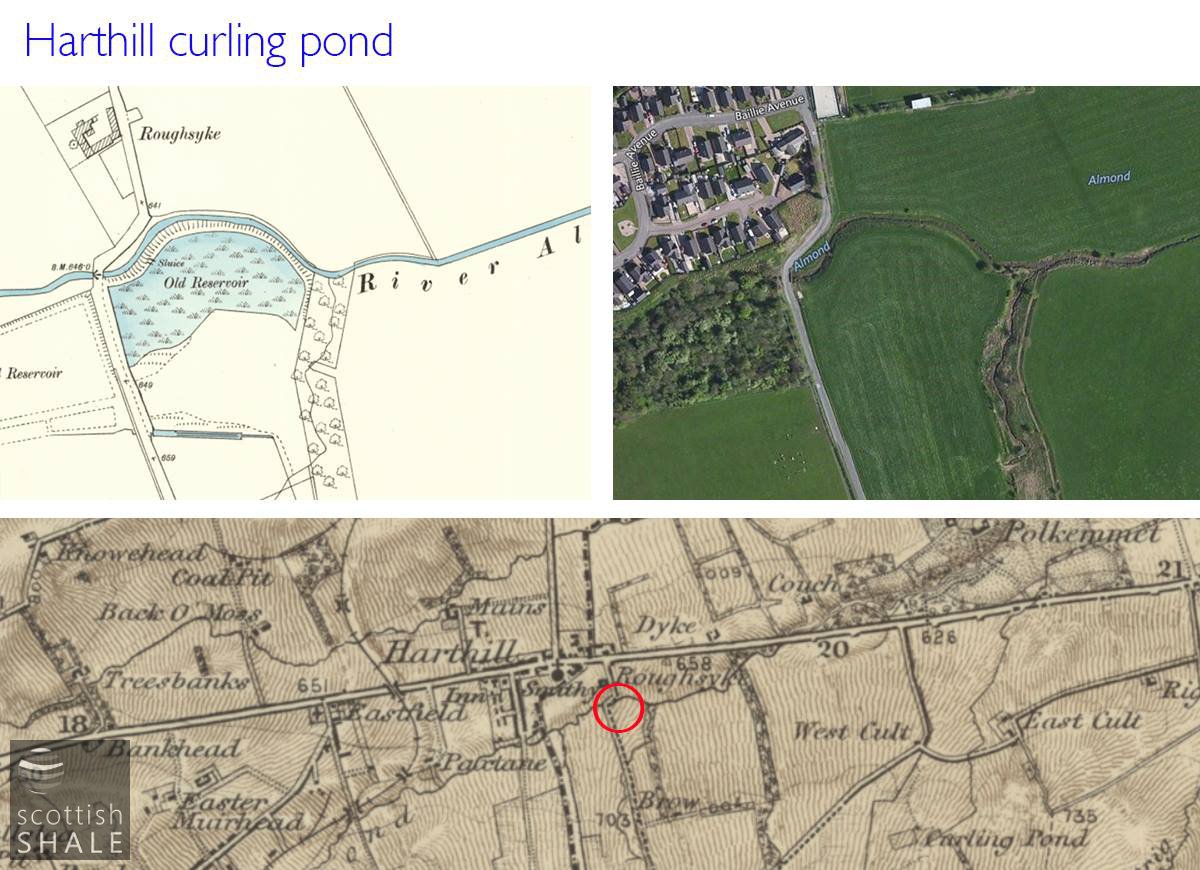 The old reservoir is marked as "curling pond" on the c.1914 map. 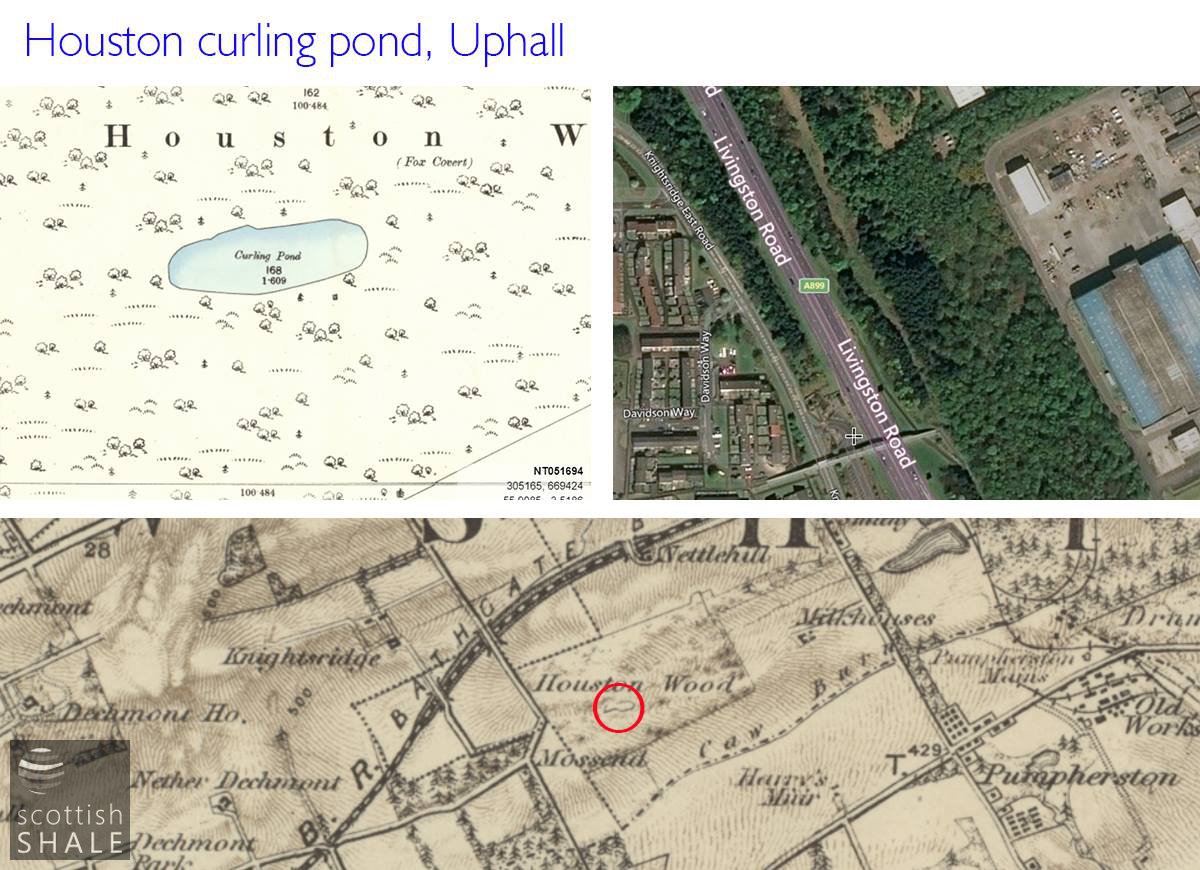 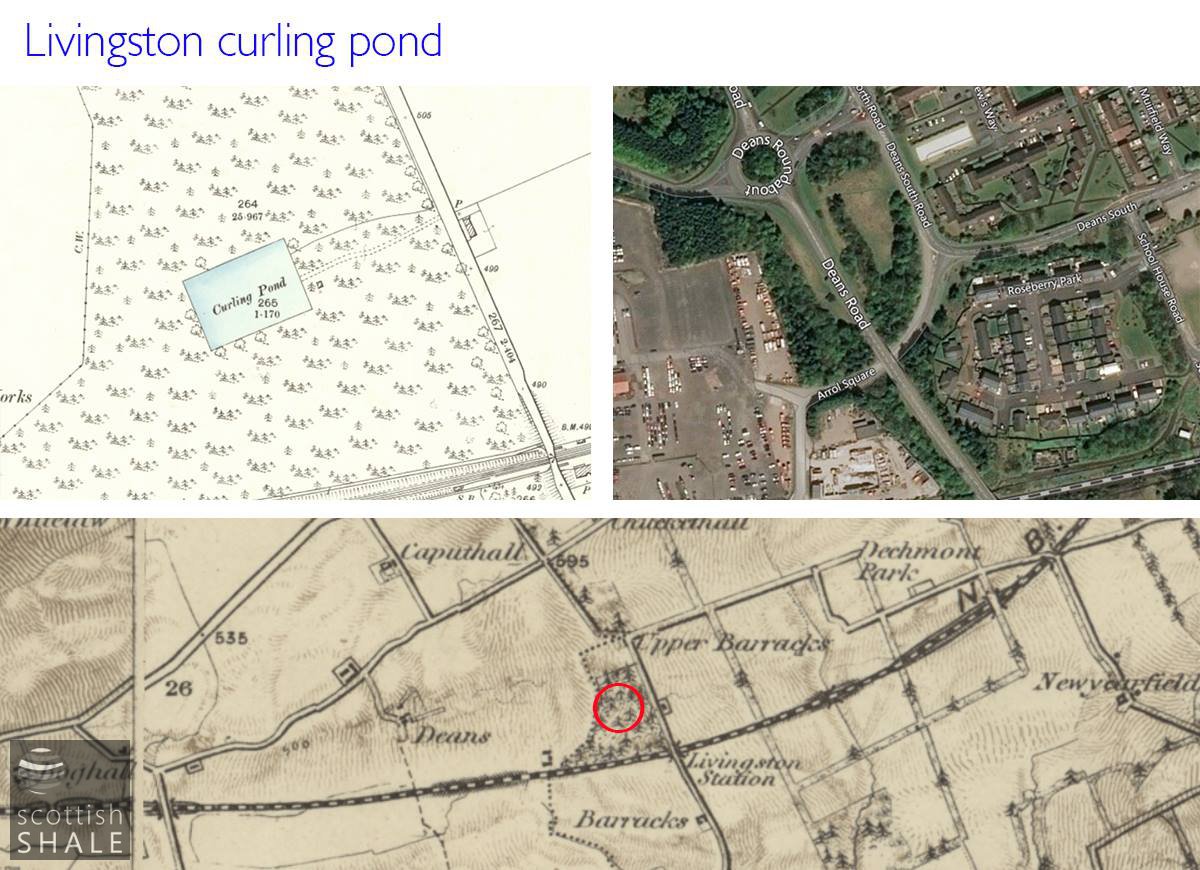 Pond of the Livingston club, a little to the west of Livingston station. 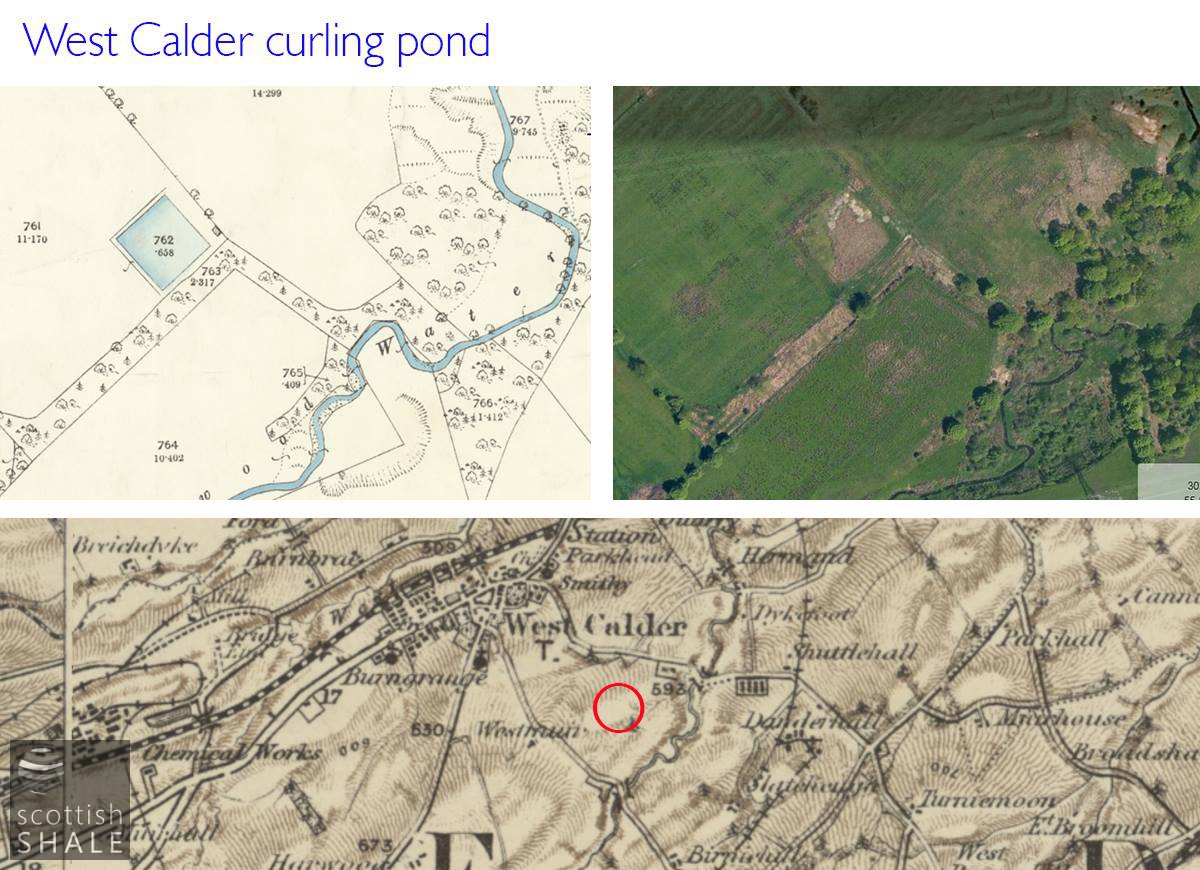 The Longridge pond, which is shown on the 1855 map. 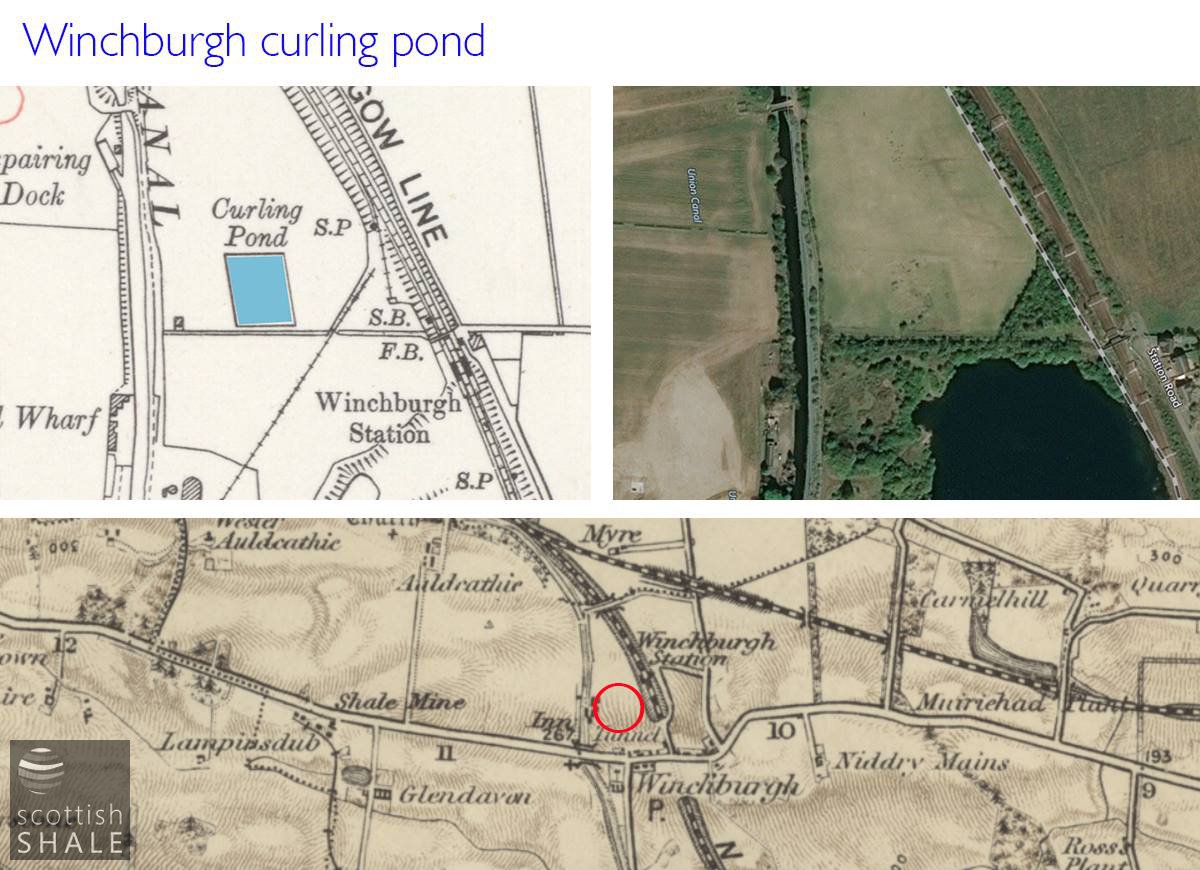