The Most Incommodious and Disgraceful of Stations 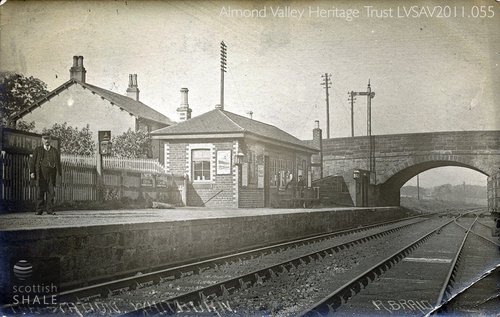 Whitburn's railway station was a humble affair, hidden away a mile to the east of the town and served by just a handful of passengers trains each day. During the “railway mania” of the 1840's, there were several proposals for great main lines between Edinburgh and Glasgow that would pass through Whitburn which, if they had come to fruition, might have seen the town grow into the industrial and commercial centre of the district. In the event, this role was taken by Bathgate, and the people of Whitburn had to be content with an inconvenient minor station on an obscure branch line.

The history of the Whitburn's station began with the Wilsontown, Morningside and Coltness railway; a modest goods line which, when opened in 1845, ran from a field near Longridge to another field near Morningside, about eight miles to the west. The main traffic was ironstone and coal mined in the Fauldhouse which was taken west to fuel the furnaces of Coltness and other Lanarkshire ironworks.

The line became part of the strategic battle for control of territory that ranged between the Glasgow-based Caledonian Railway and the various east coast railways that eventually merged to form the North British Railway. Following purchase of the Morningside railway by east-coast interests, a five mile line was constructed to link the Longridge terminal to the main line at Bathgate, passing through sparsely populated landscape with only two significant stations; Bents and Whitburn. This halted the Caledonian railway's advance – for a period at least - but probably generated little additional traffic when first opened in 1850. 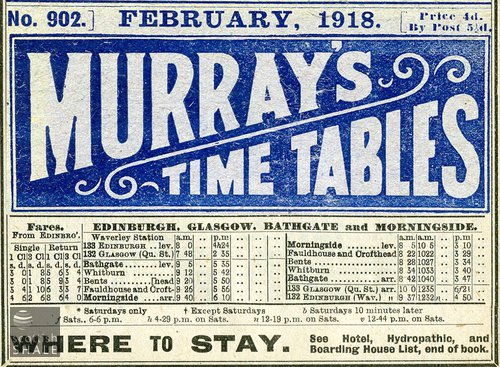 The presence of the railway may however have encouraged James Young to establish his first oil works – (subsequently a chemical works producing acid for the oil industry) – on a site beside the line at Inchcross to the south of Bathgate, When its successor, the great Addiewell oil works, was constructed, a branch from the “Morningside railway” was built in 1869 to serve it. At the end of the 19th century large new pits were sunk at Whitrigg and Foulshiels collieries, ensured that a steady traffic of coal trains would continue rattling their way through Whitburn station.

Passengers however were always less generously cared for. During the 1860's it seems that no shelter of any kind was provided at Whitburn station, and locals unsuccessfully petitioned the North British Railway for proper facilities on several occasions. It was concluded in 1866 that “the people of this locality … must put up with the miserable accommodation provided at the most incommodious and disgraceful of all disgraceful stations”. A timetable of two passenger trains in each direction each day must have placed little pressure on the stationmaster and his staff, although they will also have dealt with a steady traffic of parcels and post, and dispatches from the goods yard. Newspaper accounts also suggest they were vigilant in bringing trespassers to justice and prosecuting those stealing coal from wagons in the station sidings.

Passenger services were withdrawn in 1930 to little public comment. Coal and mineral traffic continued until the route was cut by construction of the M8 in the mid 1960's. Much of the trackbed to the south of the M8 can still be traced, with several miles being adapted as a public footpath. To the north, much more of the route has been obliterated. 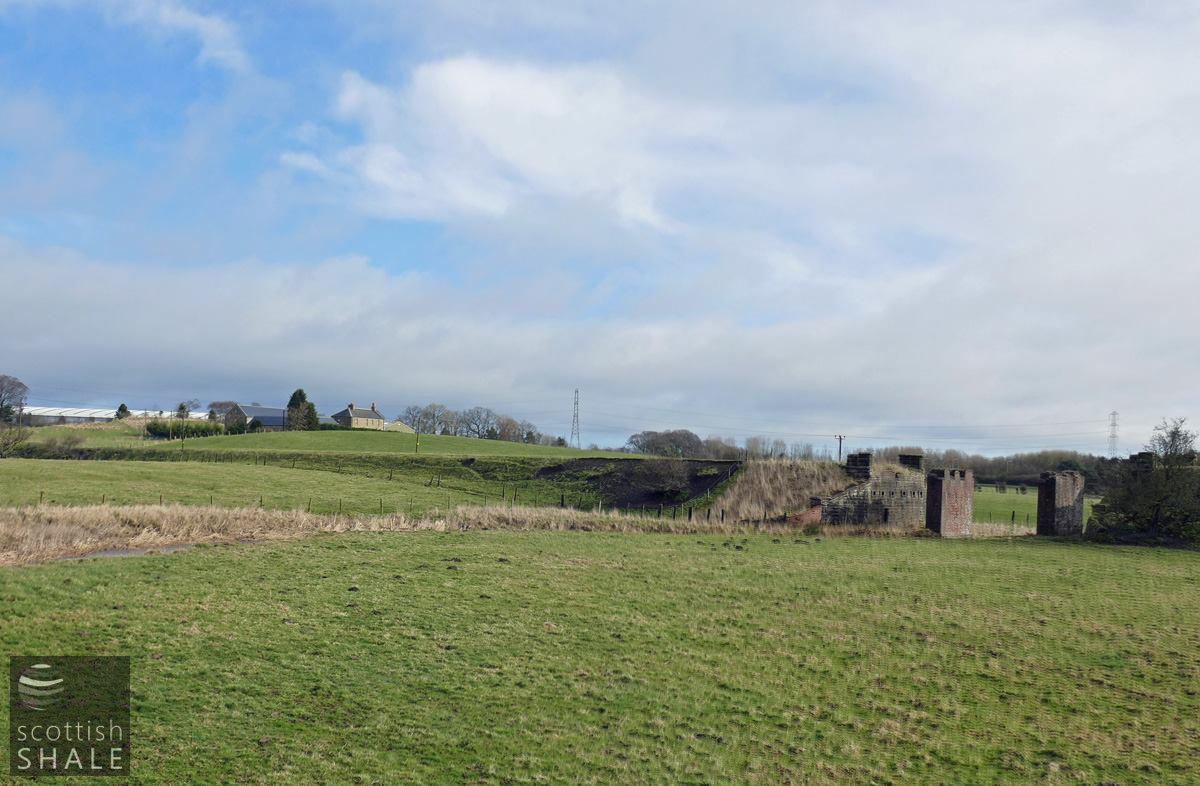 Same location as top image. More than half a century later the bridge deck has gone, but Maude is safe and well cared for in her shed at the Bo'ness railway museum. Pottishaw farm is in the background. 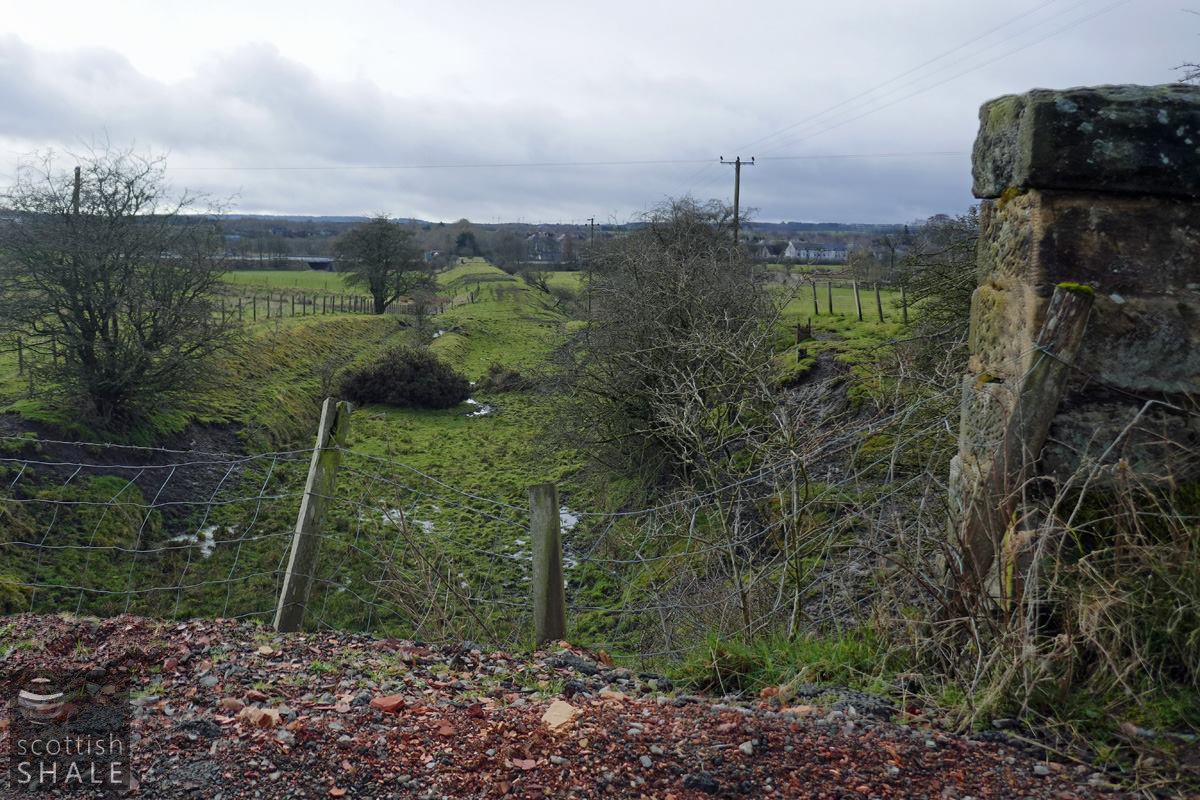 View from the former bridge across the railway at Pottishaw, looking along the route of railway at the site where Maude was pictured. The M8 cuts across the trackbed in the middle distant. 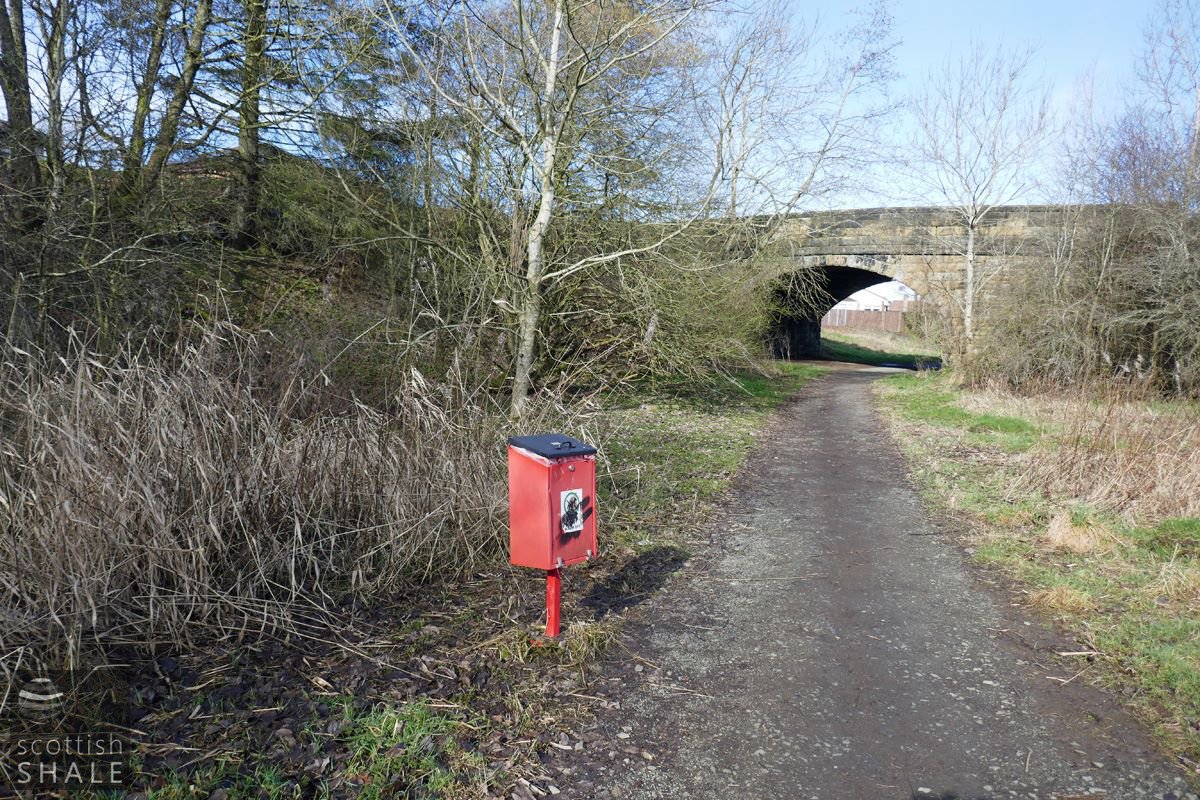 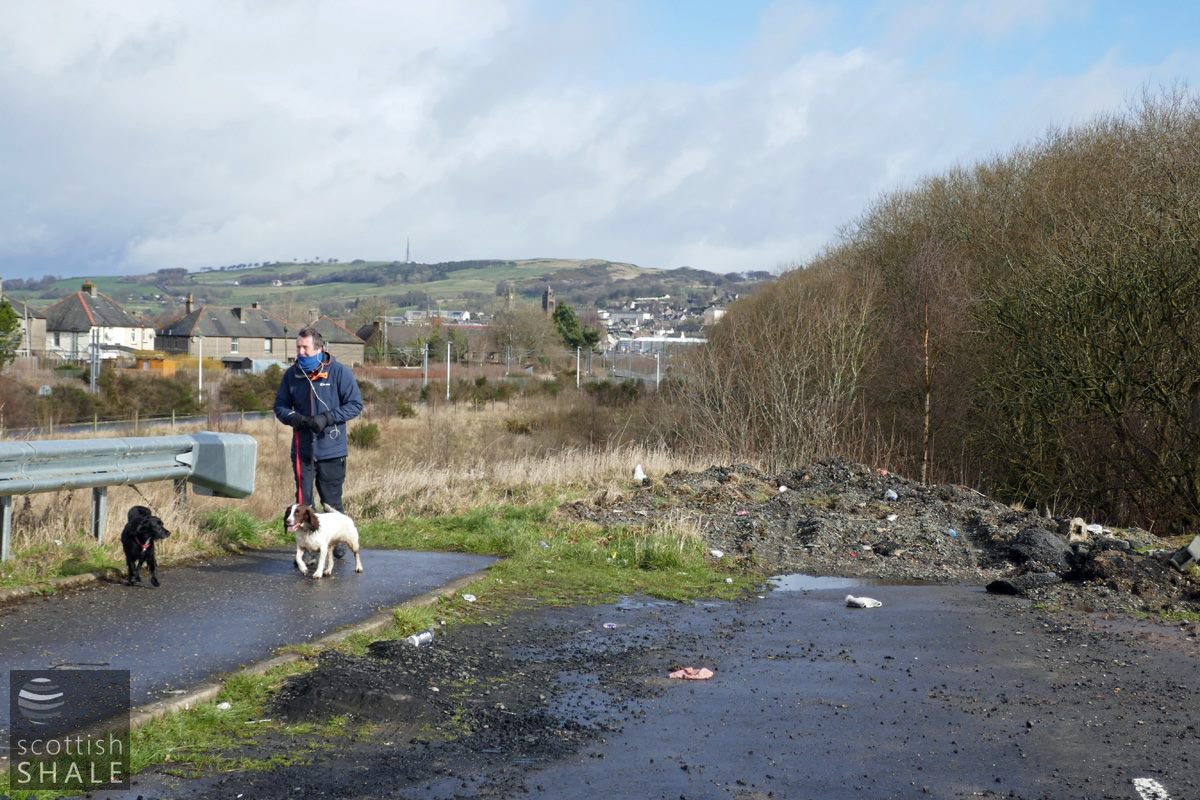 View towards Bathgate and Polkemmet Junction. The line of trees on the right marks the route of the Morningside railway. 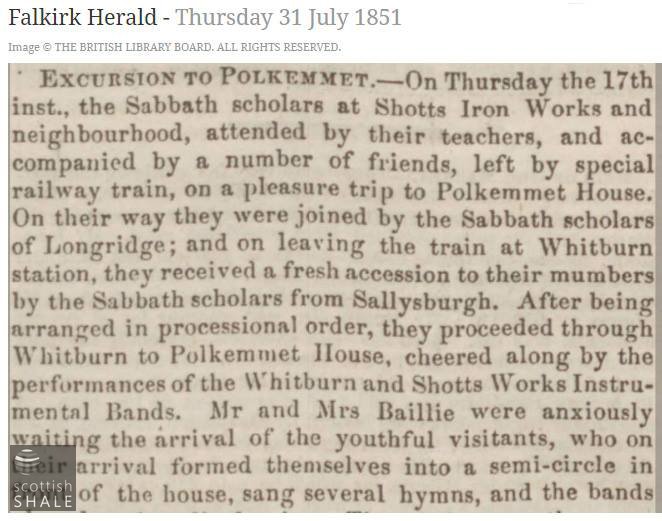 One of the first big excursions along the recently completed railway. 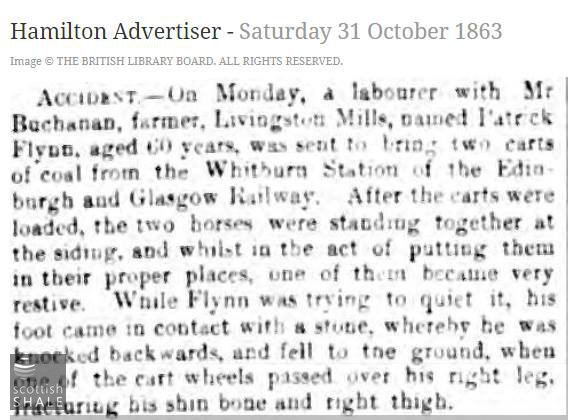 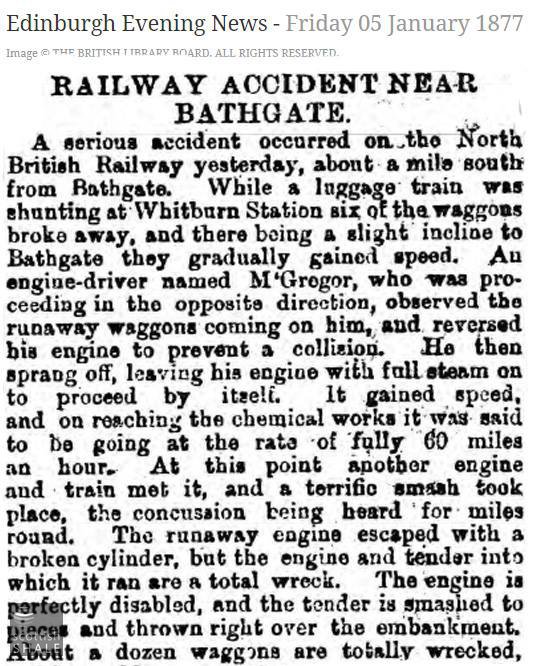 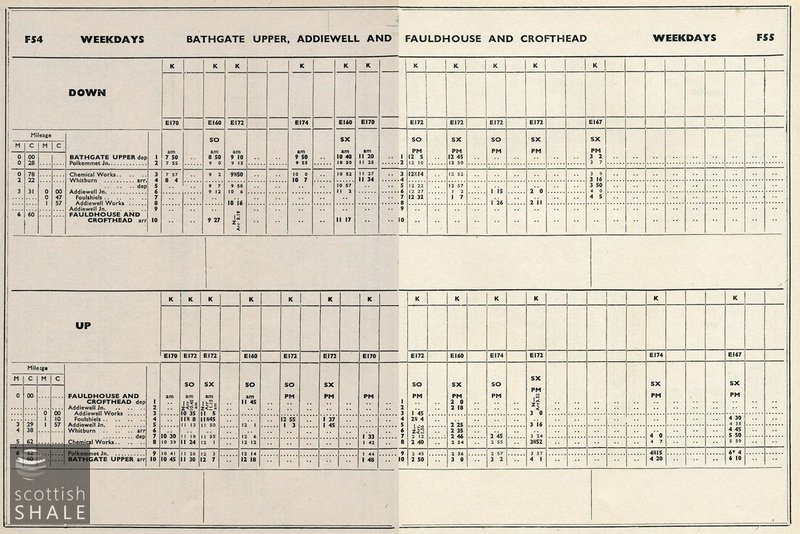 The goods train service 1954, with a single train venturing as far as Fauldhouse and Crofthead each day. 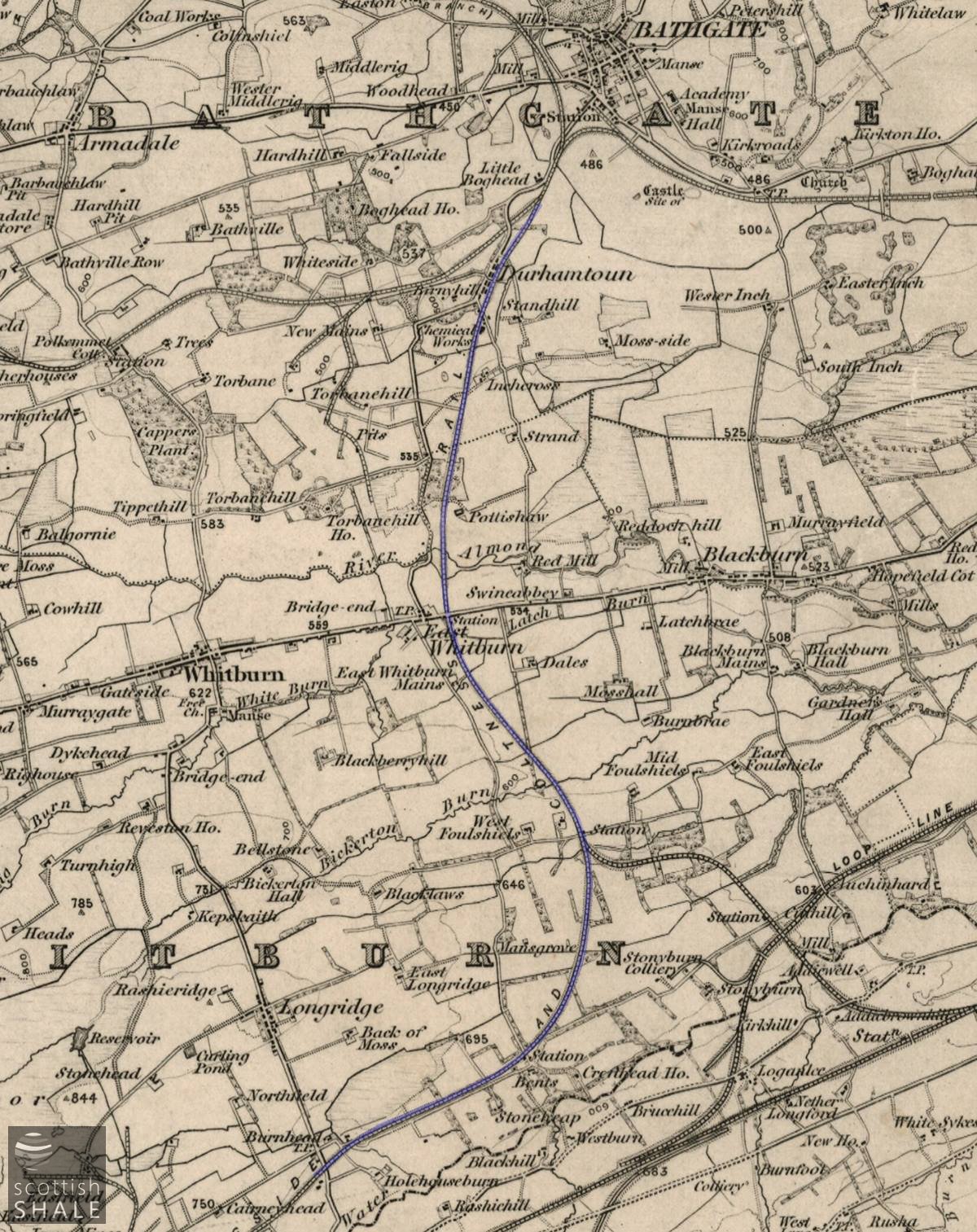 Route of the Bathgate extension of the Wilsontown, Morningside and Coltness railway. Map image courtesy of National Library of Scotland. 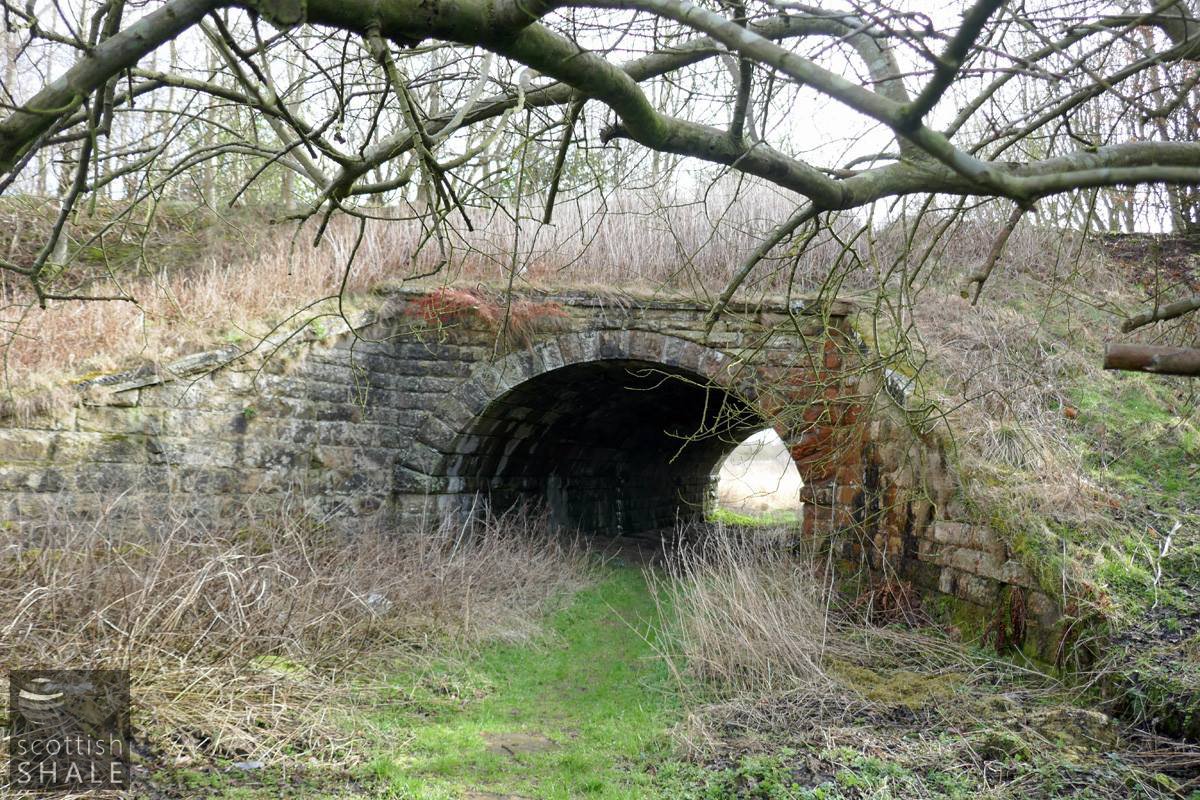 Bridge under the trackbed, just south of the M8, through which the mill lade serving Red Mill once flowed. 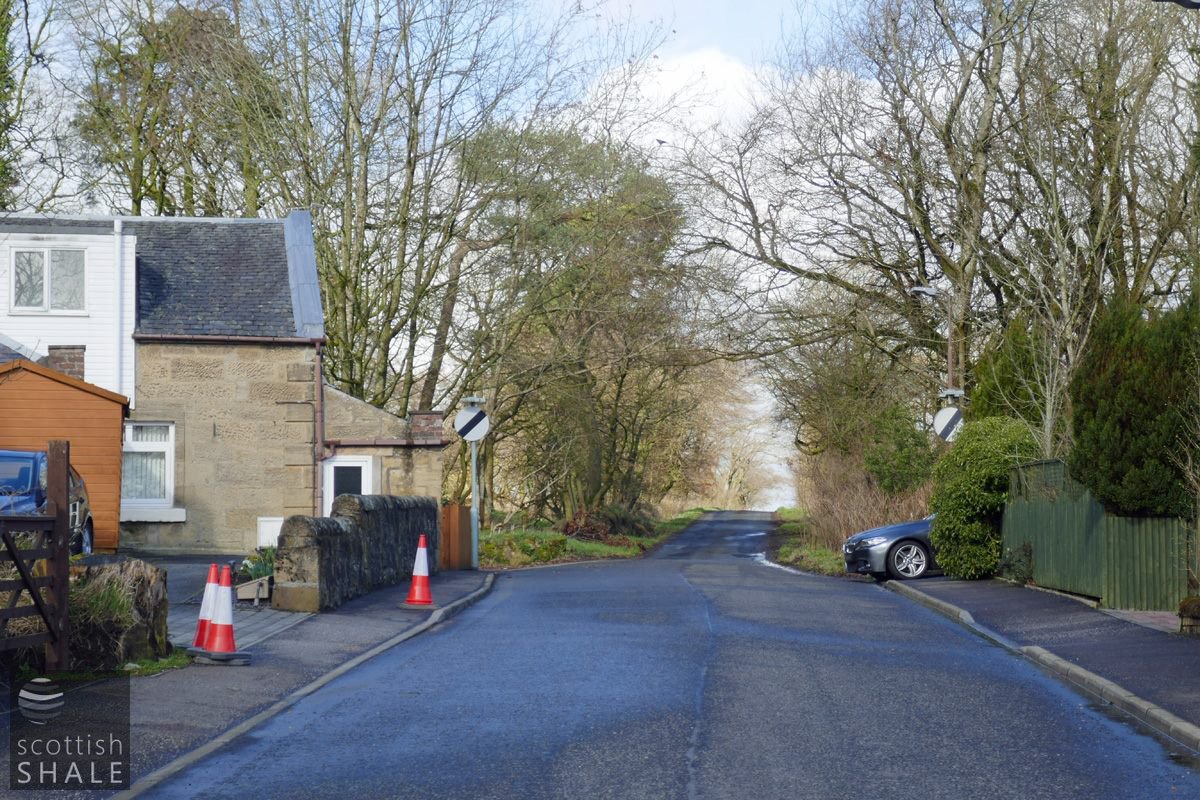 Bents Station, with the original sandstone buildings to the right and the derestricted signs marking the location of the level crossing. 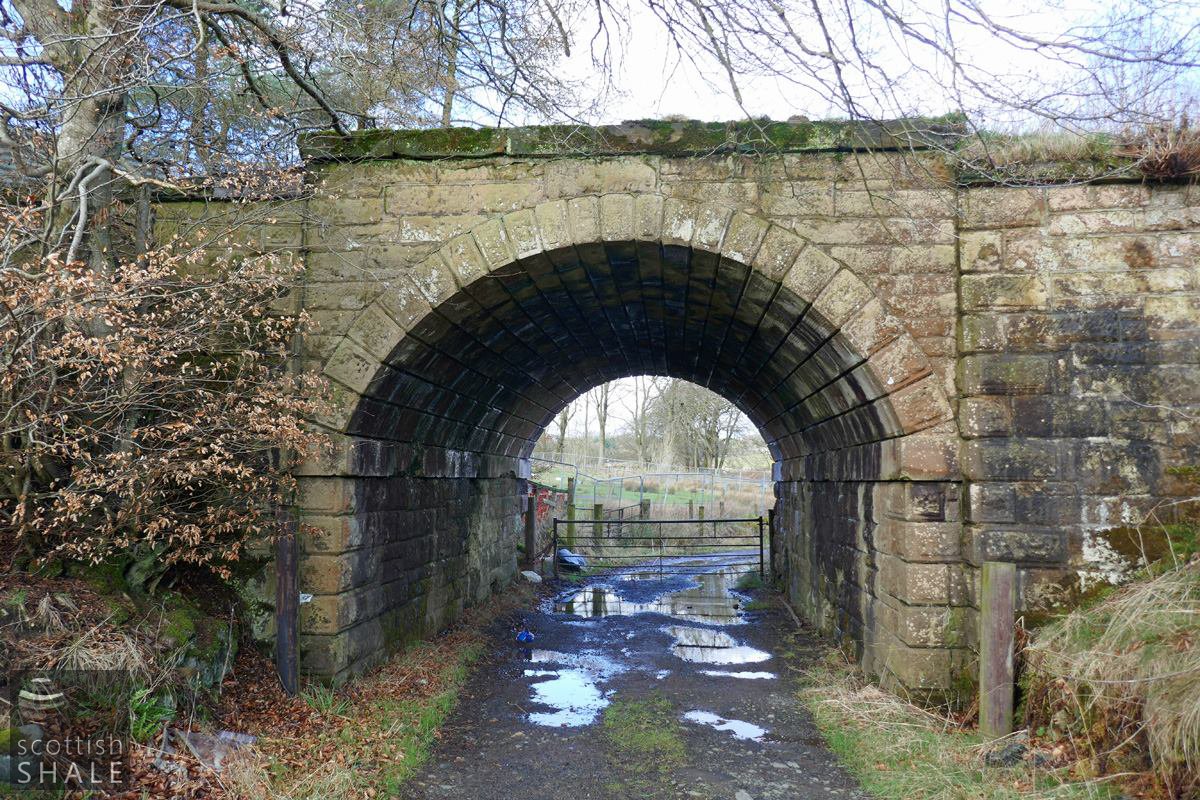 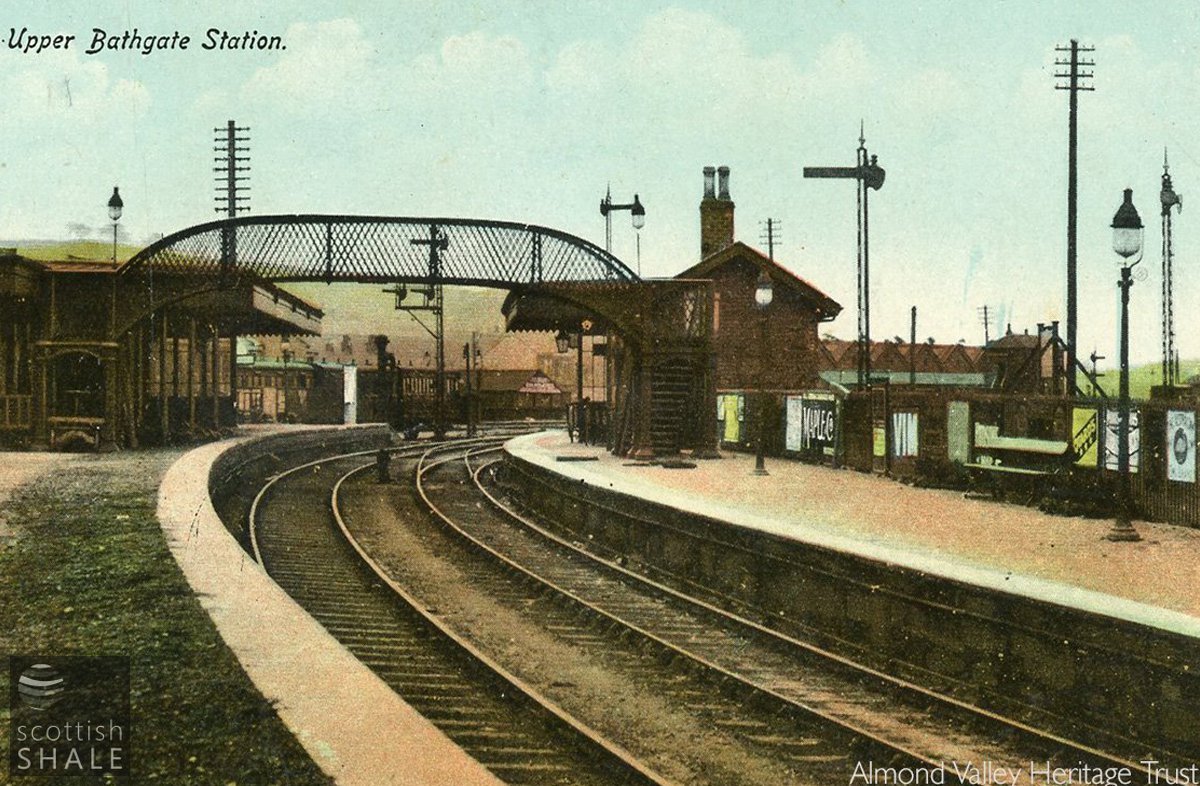