To My Darling Wife and Boys

A message from Polkemmet hospital, Xmas 1917 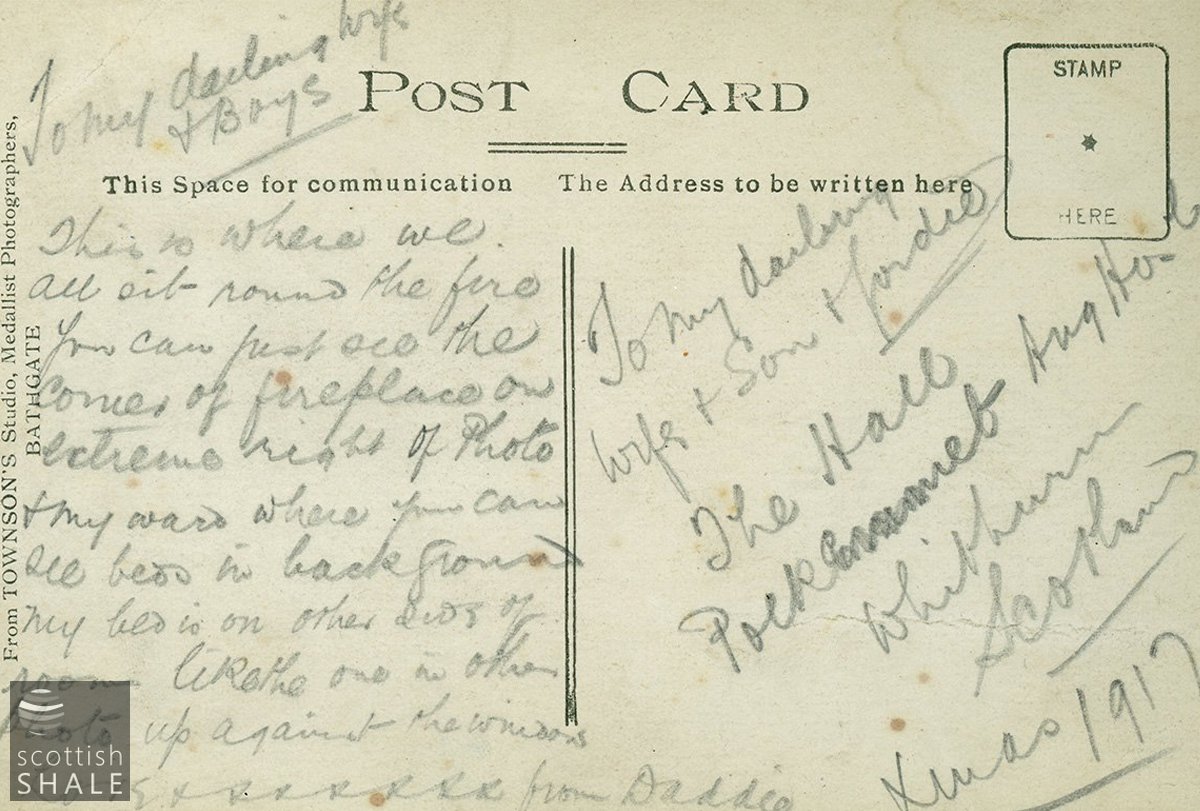 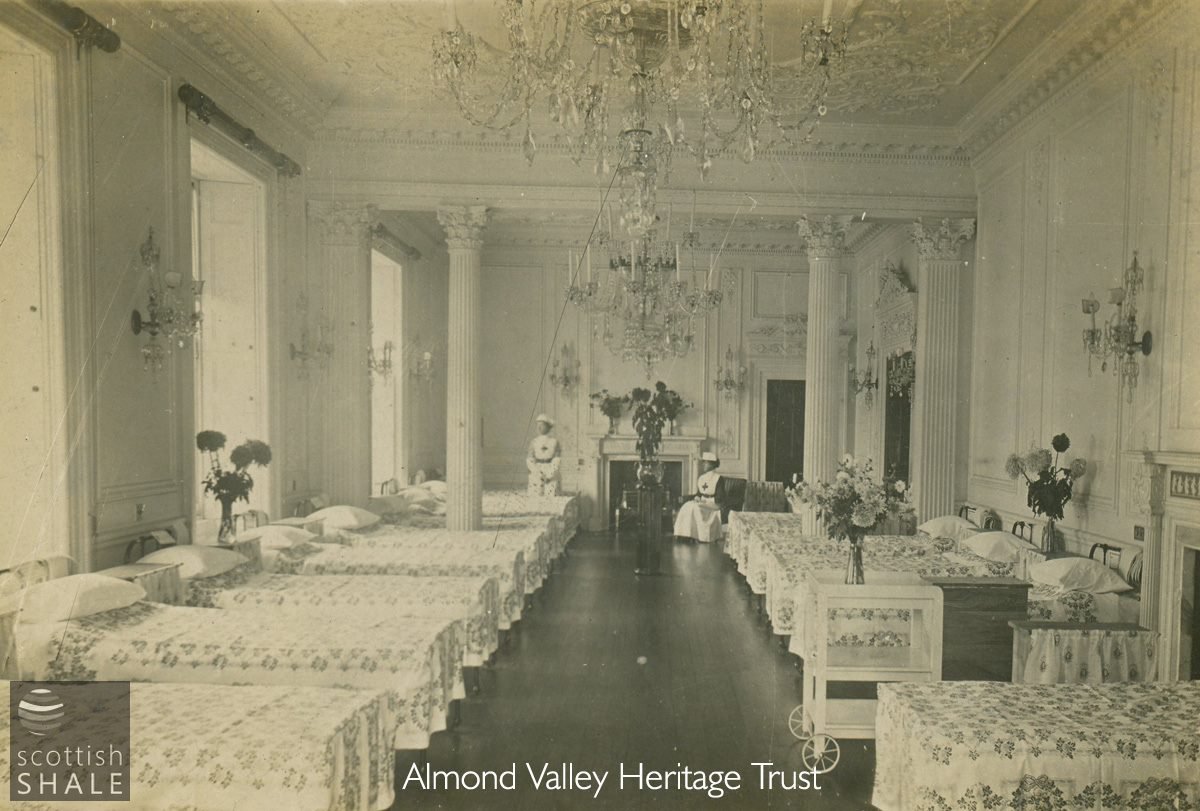 Sir Gawaine Baillie – the boy baronet – succeeded his father when aged only 14, and inherited the Polkemmet estate near Whitburn in 1910, when aged 17. The young laird was soon active in local community affairs, and among many interests was elected at Honorary President of the Mine Worker's Ambulance League. He received his commission in the Scots Grays in 1912.

A lavish ball was planned at Polkemmet House to mark the laird “reaching his majority” in 1914, however celebrations were postponed when his regiment was hurried called to the front.

Gawaine Baillie was killed in action on the 7th September, just a few weeks before his twenty first birthday.

Shortly before his departure, Sir Gawaine had offered use of Polkemmet house as a military hospital. Lady Baillie; described as “the lonely lady of Polkemmet who weeps for her gallant son”, set about realising her son’s ambitions for a hospital and took personal control as commandant. Forty beds were set up beneath the crystal chandeliers of the drawing room, music room and dining room, while other space was set aside for a billiard hall and a bowling alley. The first patients were transferred from Bangour to convalesce at Polkemmet Auxiliary Hospital in 1915, and many more recuperated in the grand surroundings until closure at the end of the war. Much of the cost of running the hospital was met by public donations, through soliciting gifts, and by running fundraising events.

The messages on our postcards tell their own story. It would be hoped that the nameless soldier who sent the pictures of Polkemmet to his wife and children in 1917, returned safely home and was not dispatched once more to face the horrors of the trenches. 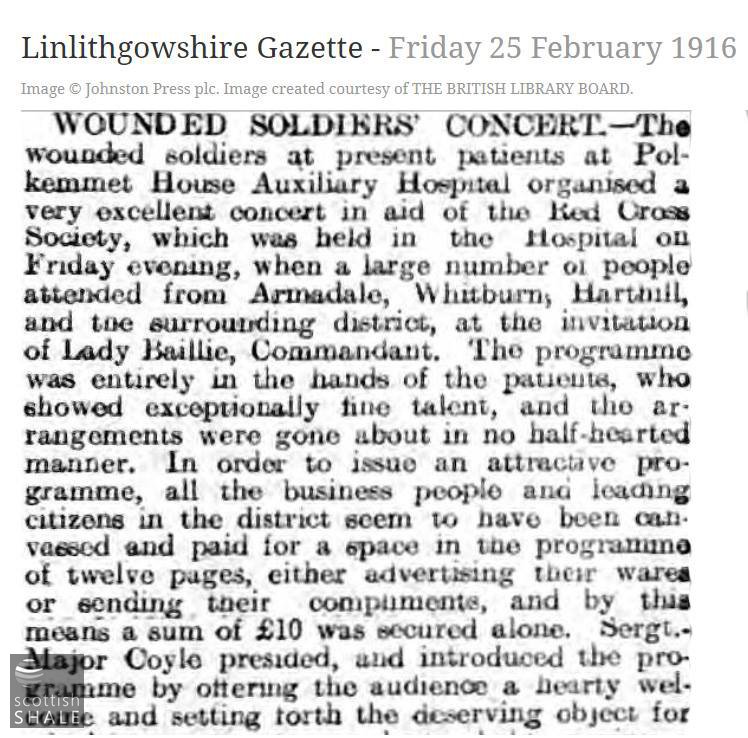 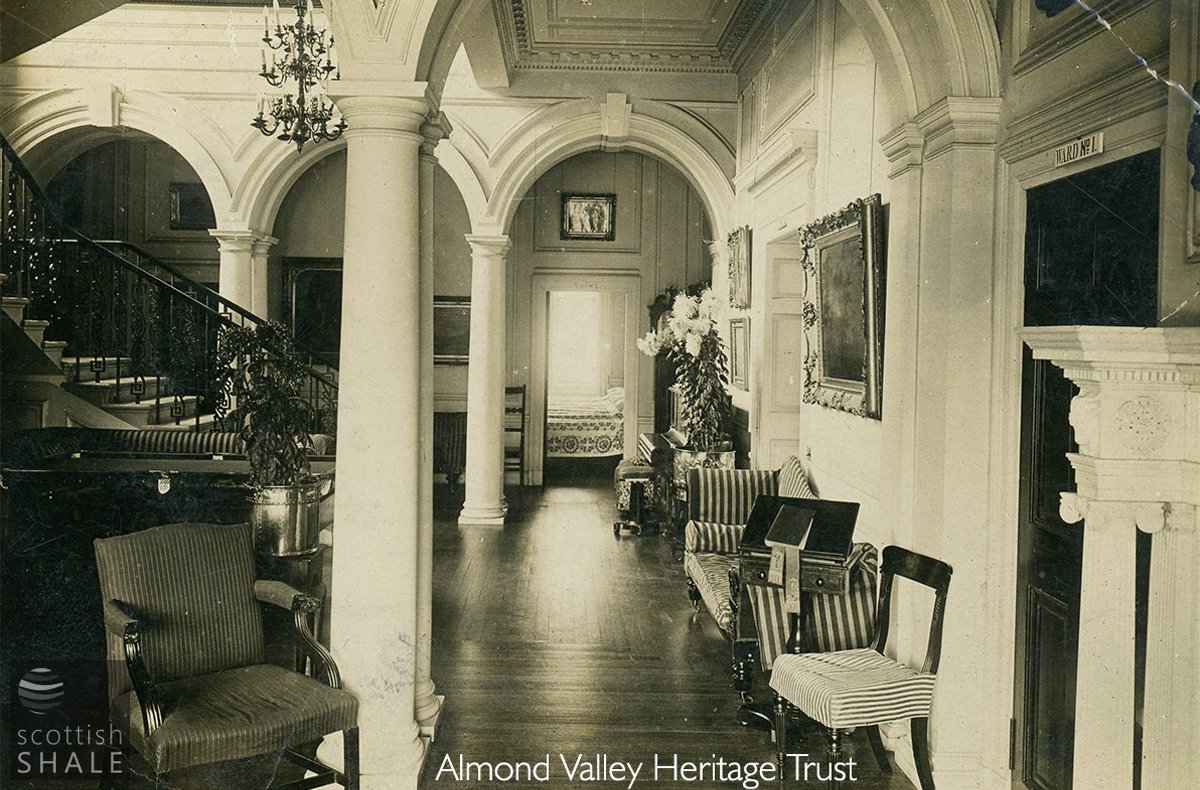 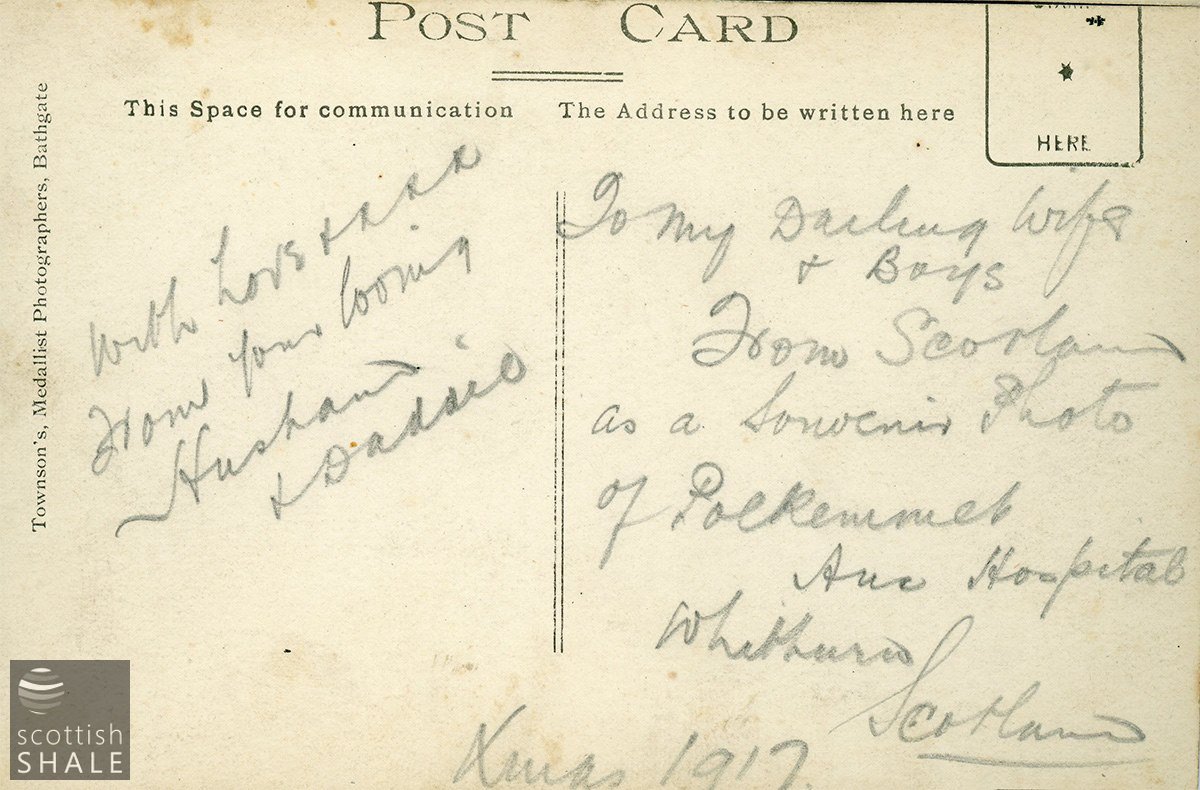 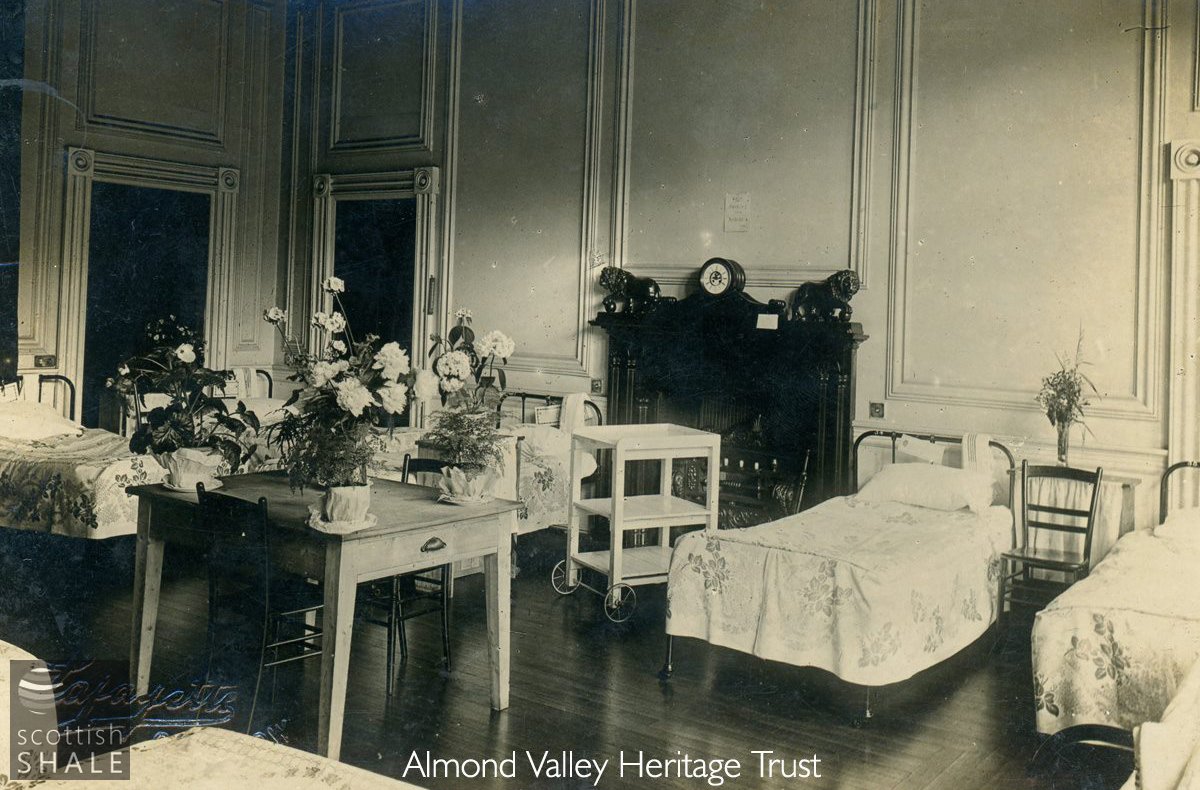