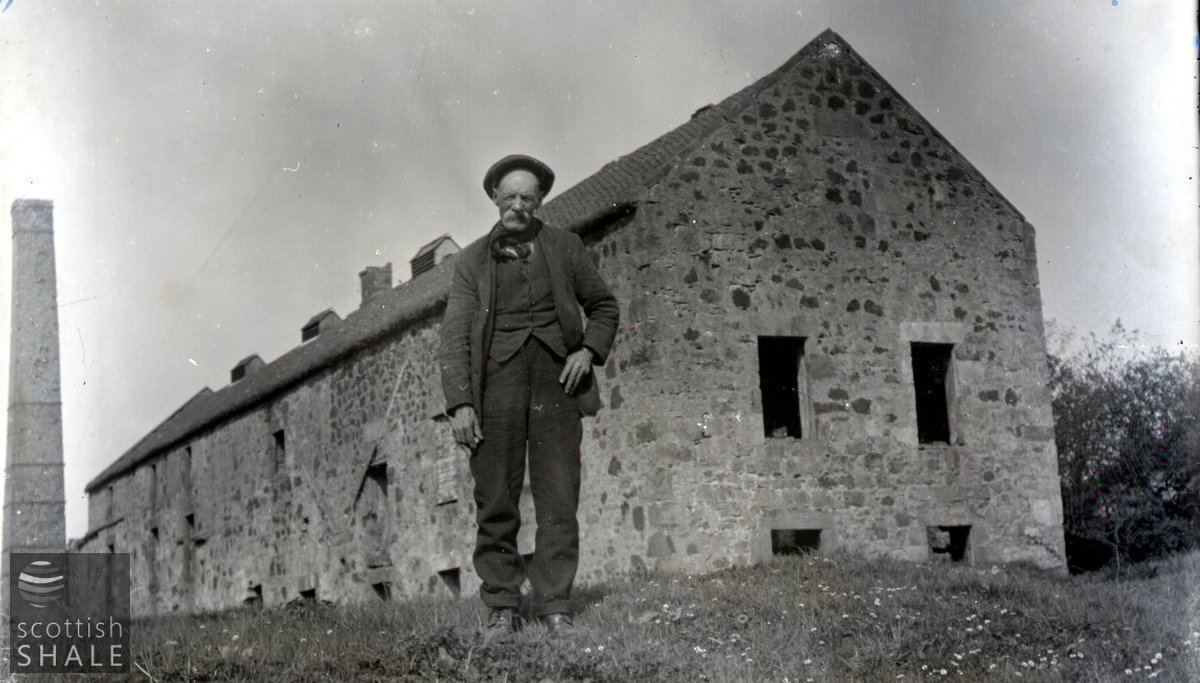 Several years ago, the museum was gifted a collection of glass negatives, mainly showing family scenes. There was no accompanying information, other than the suggestion that the family lived in the Blackburn area.

Among these was an image of a characterful gentleman in working clothes standing in front of an industrial building. This three storey stone-built mill or factory seems to be derelict, with windows missing and evidence of adjoining buildings that had already been demolished. The large chimney suggests that steam powered machinery had been used, while the vents on the ridge of the pantiled roof, (similar to the kiln of our own Livingston Mill), suggests that some sort of drying process took place within.

Studying old maps of possible locations, it seems most likely that the picture is of Hopefield Mill, Blackburn; sited on the River Almond beside the road to Mid-Briech. The mill was closed in 1904, and appears to be shown derelict on the 1914 OS map, with many of the smaller buildings roofless or already demolished. 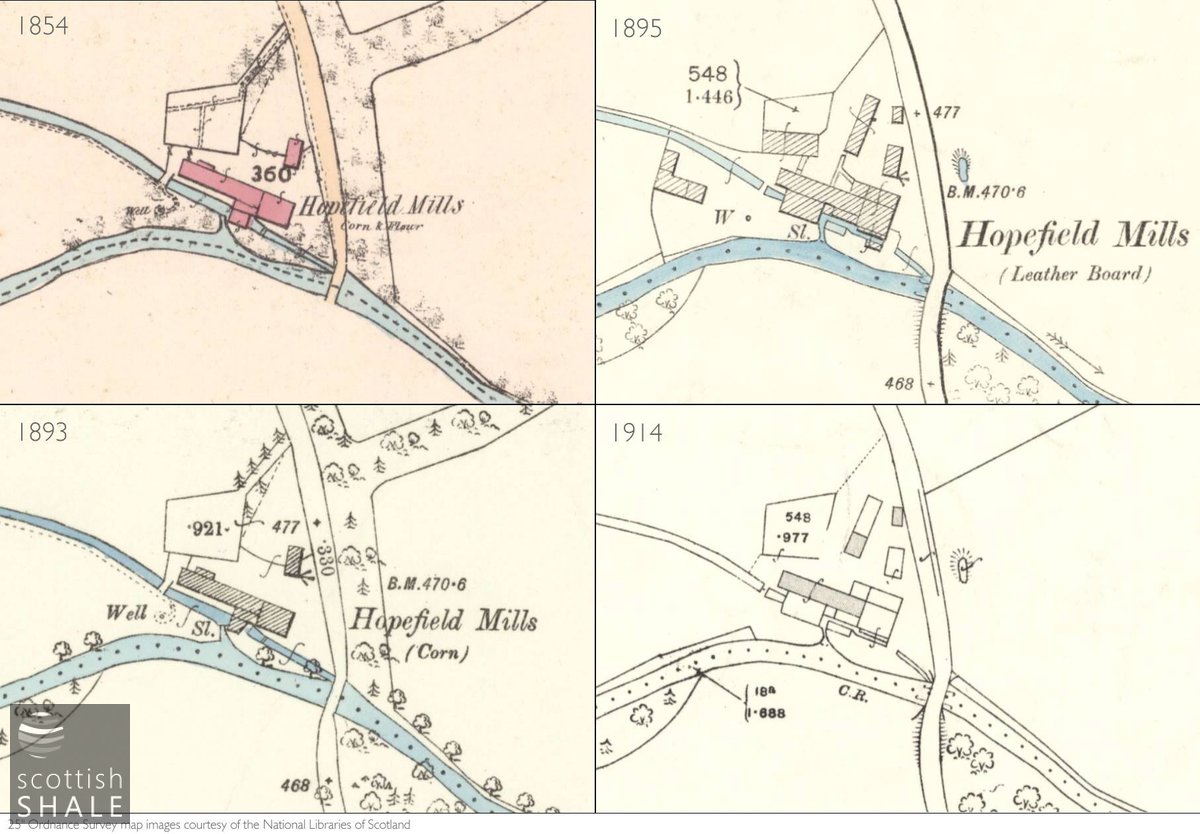 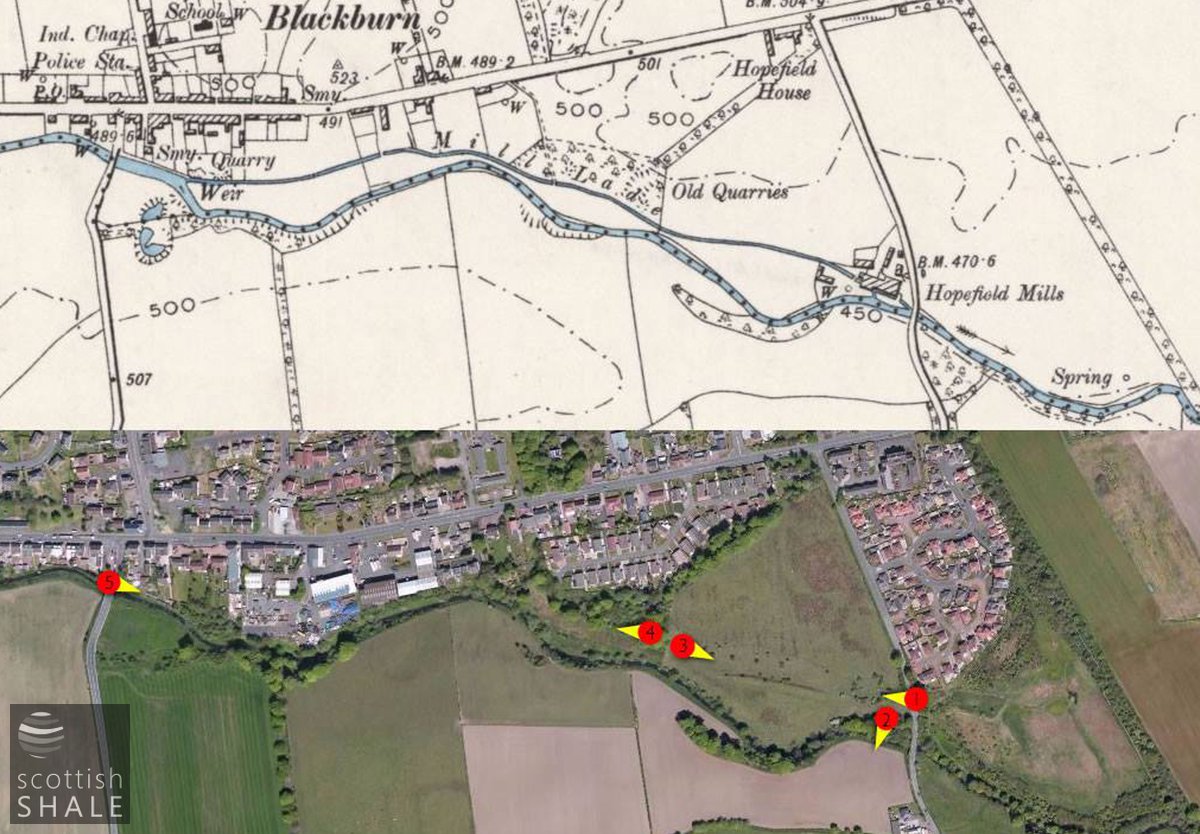 The markers on the map show the location and direction of the photos.

A sale advert from 1840 describes the flax spinning mill at Hopefield as being “recently erected”, although it seems to have been built on the site of an earlier paper mill. Hopefield subsequently changed hands and was modified on several occasions, serving variously as a corn mill, a paper mill and a board mill. The histories of Hopefield and other local mills are described in Sybil Cavanagh's excellent book “Blackburn – the story of West Lothian's cotton and coal town”.

The lade serving Hopefield conveyed water more than half a mile from a weir on the River Almond just east of the bridge carrying the B792. The western part of the lade has been obliterated beneath the council yard and industrial units, however the middle parts can be traced as a dry ditch, while a strip of reeds marks its progress eastwards. These reeds seem set to disappear with the advance of new housing that has already consumed much of the mill site, however a substantial stone wall still survives on the banks of the Almond, marking one of the points where water from the mill was returned to the river. 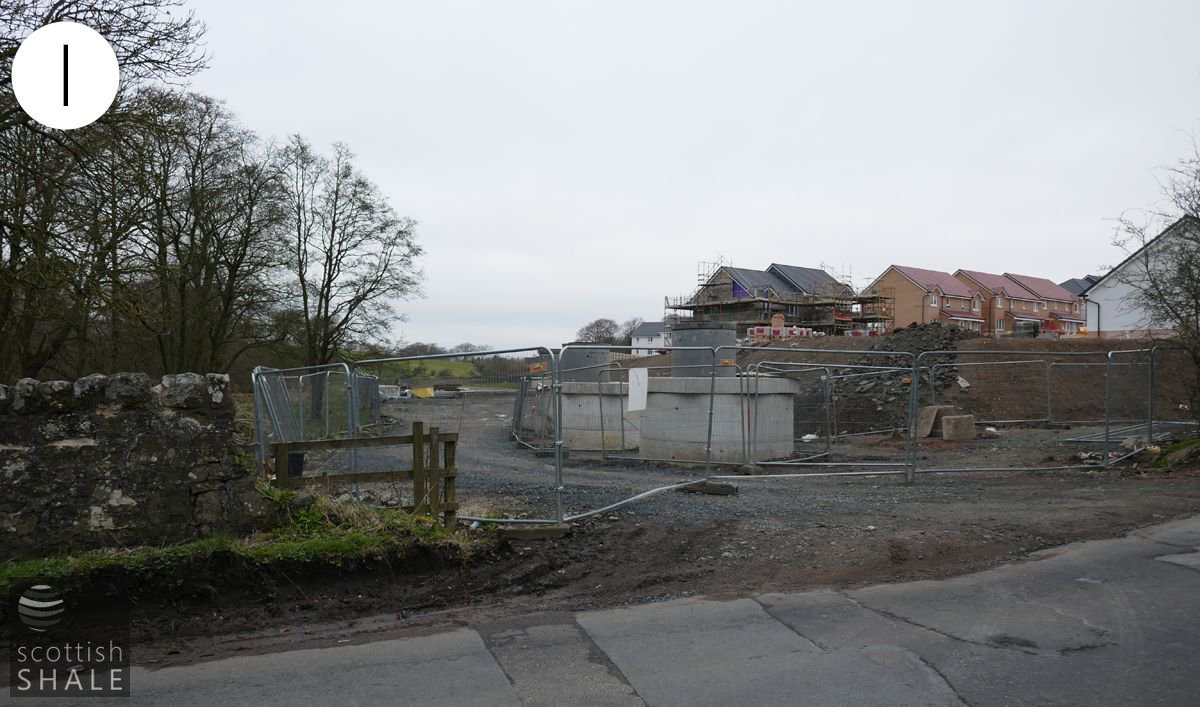 Site of Hopefield Mill, with new housing under construction. The stone wall on the left mark the abutments of the road bridge over the Almond. 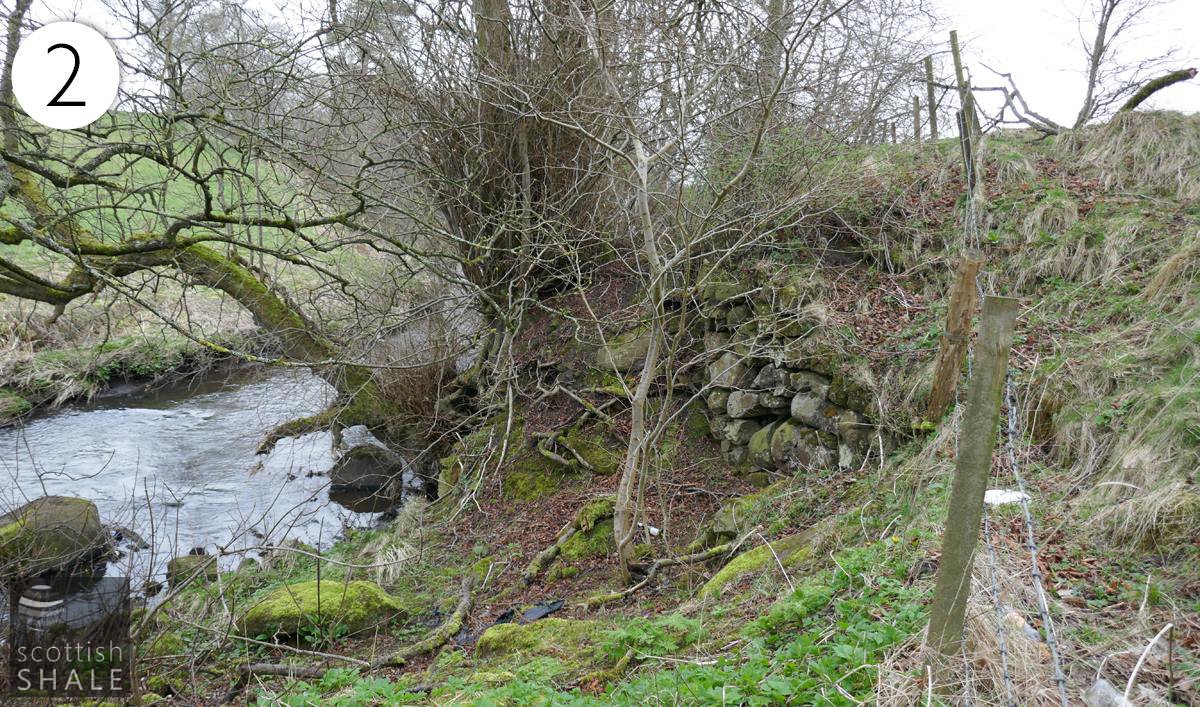 Stone retaining wall, marking one of the points where water from the mill was returned to the Almond. 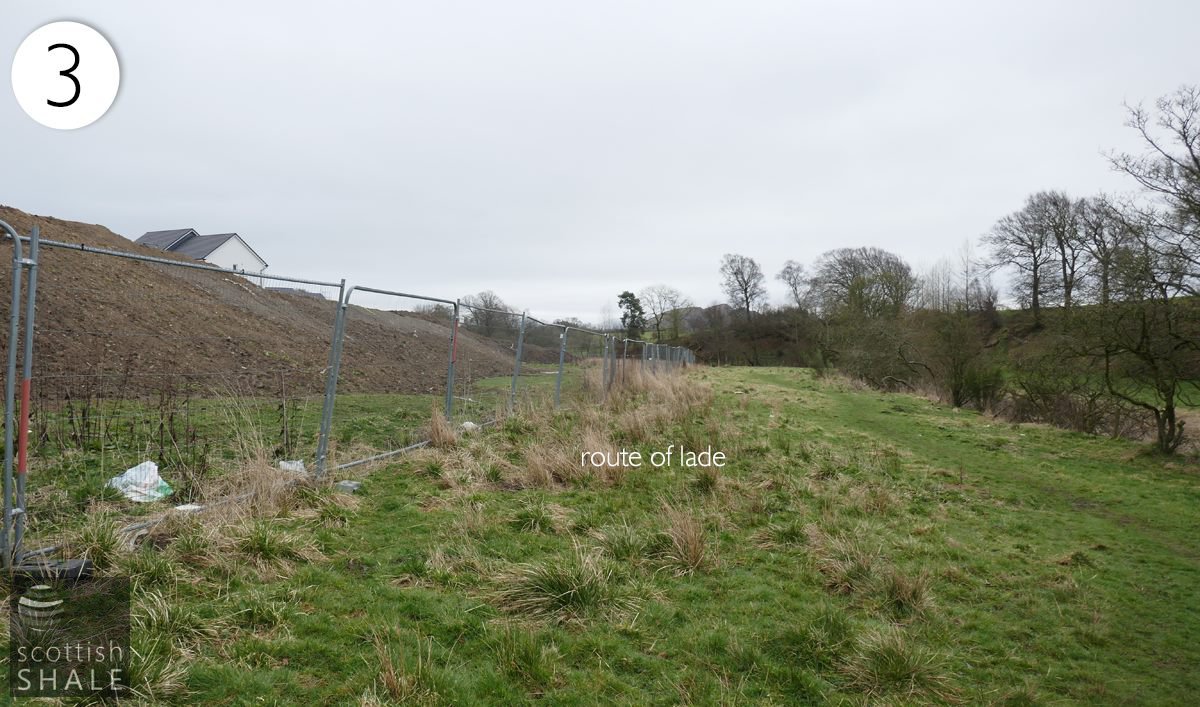 Route of lade, marked by a strip of reeds. Looking eastwards towards the mill site. 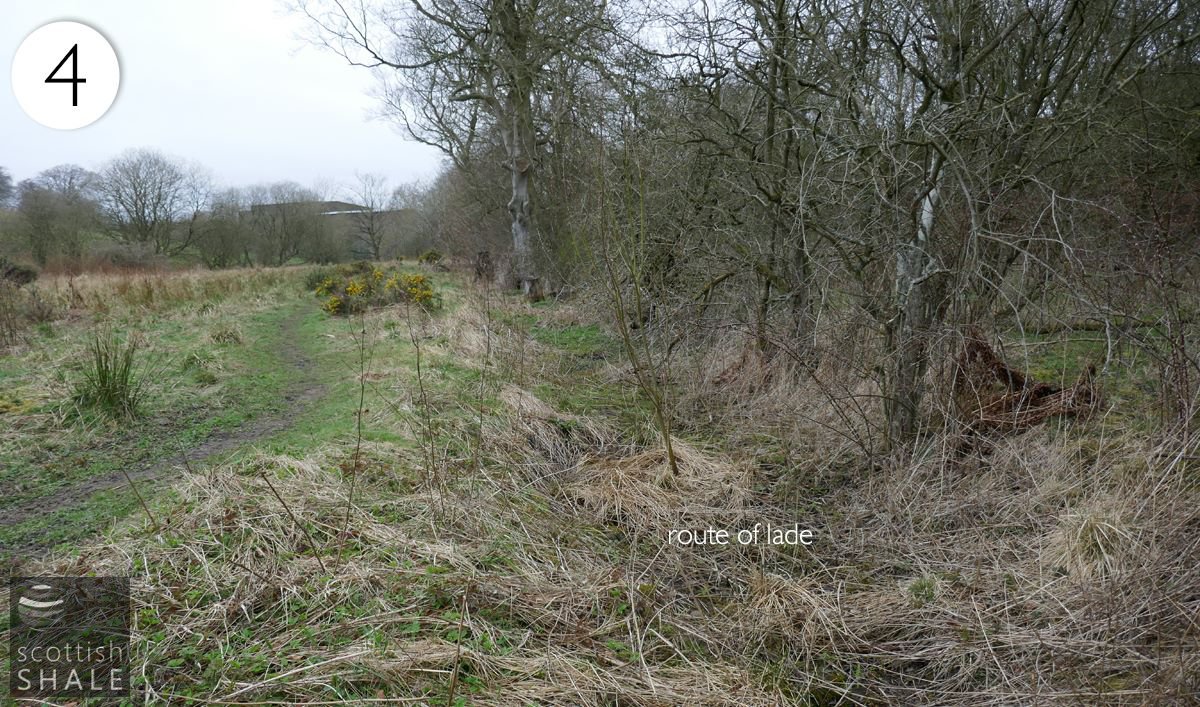 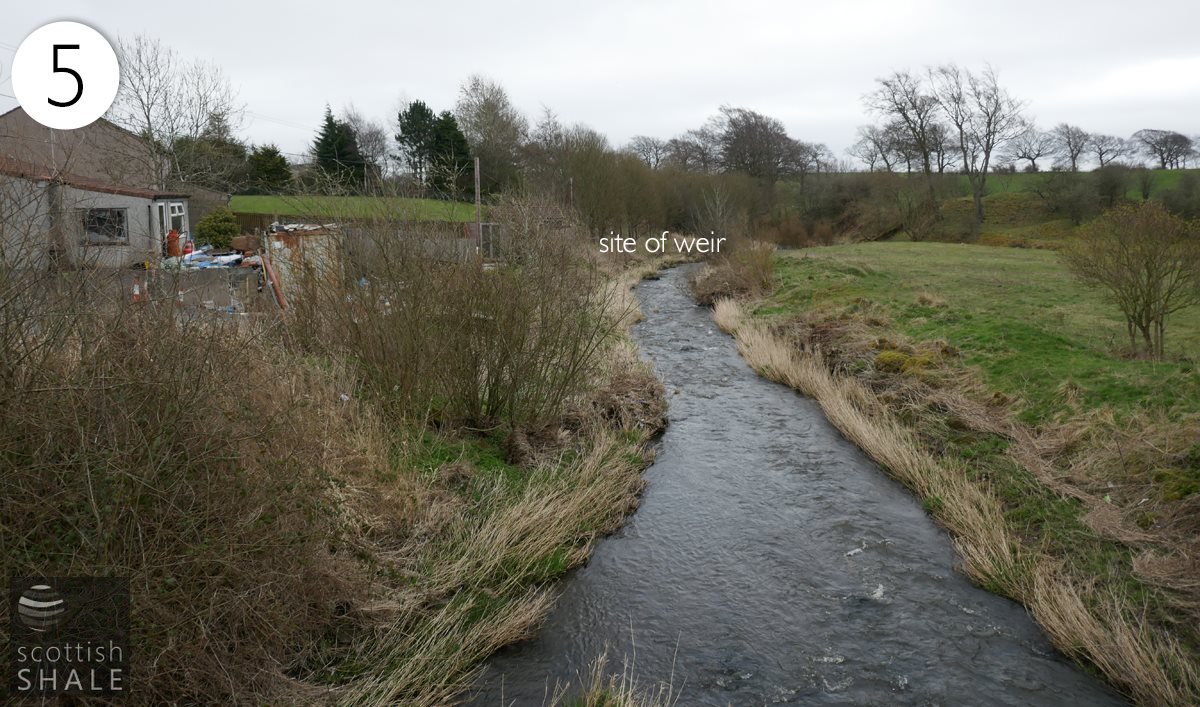 View east from bridge over the Almond, just south of Blackburn cross. 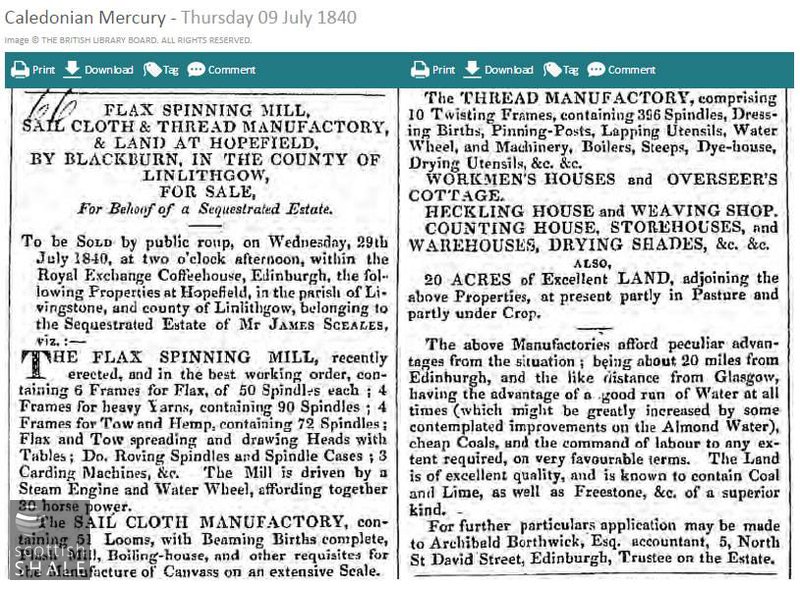