Relics of the trim course at Almondvale park. 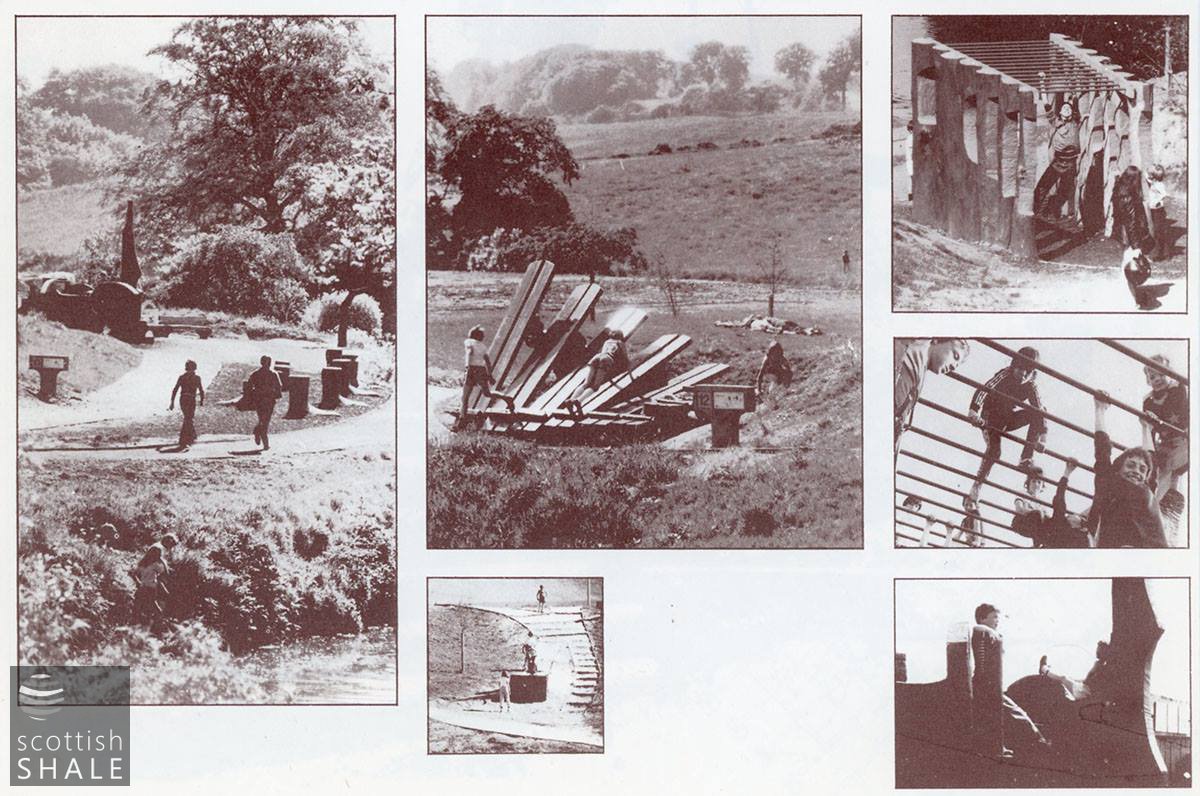 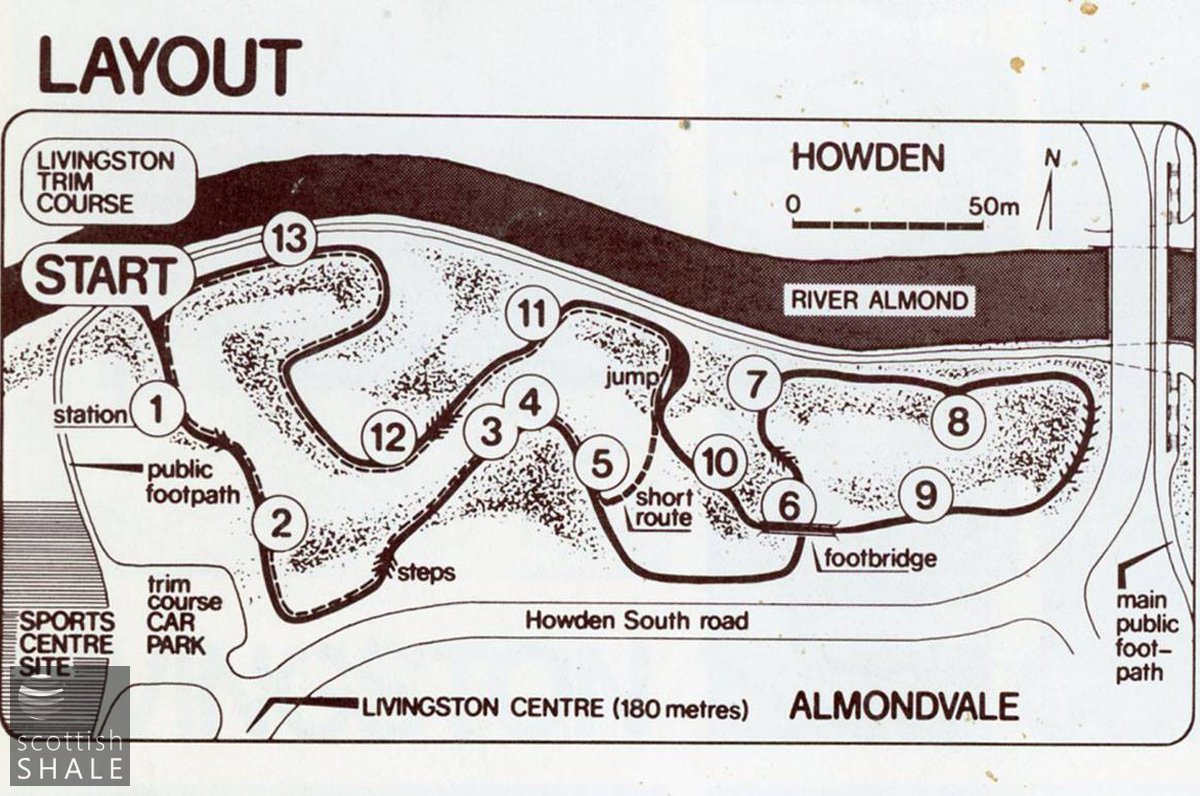 Beside the river, in the heart of Livingston, there's a secret place where orchids bloom and small birds sing among the willows and briars. You can force a route through overgrown valleys that wind between a succession of wooded hillocks and, beneath the undergrowth, may encounter wayside monoliths, their inscriptions obscured by the passage of time. 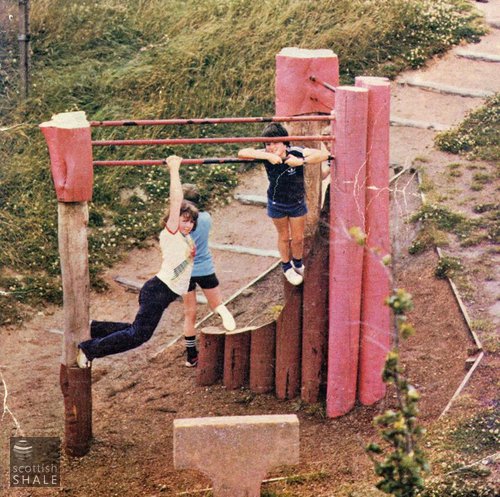 These might be burial mounds, processional ways, and standing stones from a lost civilisation, but in fact date back to 1977 and the great age of Livingston Development Corporation.

The Livingston trim course was quite an innovation in its day, and reflected the Corporation’s many imaginative efforts to build a happy, healthy new community, and keep the new town blues at bay.

Eight acres of parkland beside the River Almond were moulded into mounds and valleys through which a pathway wound between thirteen exercise stations. A plaque fixed to a concrete pillar at each station illustrated the required exercise. The aim was to “enjoy fitness and fun with all the family” and cater equally for a rigorous work-out or a relaxing stroll.

Each exercise station was constructed from logs and heavy timbers, some painted in bright colours, others carved into odd sculptural shapes. All were designed by the Corporation’s own architectural team, with input from Denis Barns, the official Town Artist. Construction of the stations was undertaken by the bold lads of an MSC job creation team managed by the Corporation

At the opening ceremony, the Chairman of the Sports Council, which had part-funded the work, removed his jacket, rolled up his shirt sleeves, and demonstrated use of the bunny jumps to waiting press photographers. Several LDC board members were happy to follow his example.

The trim course was well-loved and well-used for many years. However tastes change with the passage of time, timber decays, and health and safety requirements become ever more exacting. The last of the exercise stations were removed about five years ago, the pathways were dug up, and nature was allowed to take over. A number of the concrete station marker posts still survive as curiosities among the bushes. What was once Livingston’s pioneering trim course is now “plot H-LV 29”, an area zoned for housing.

Above left: Children pictured just hanging around, in 1977. 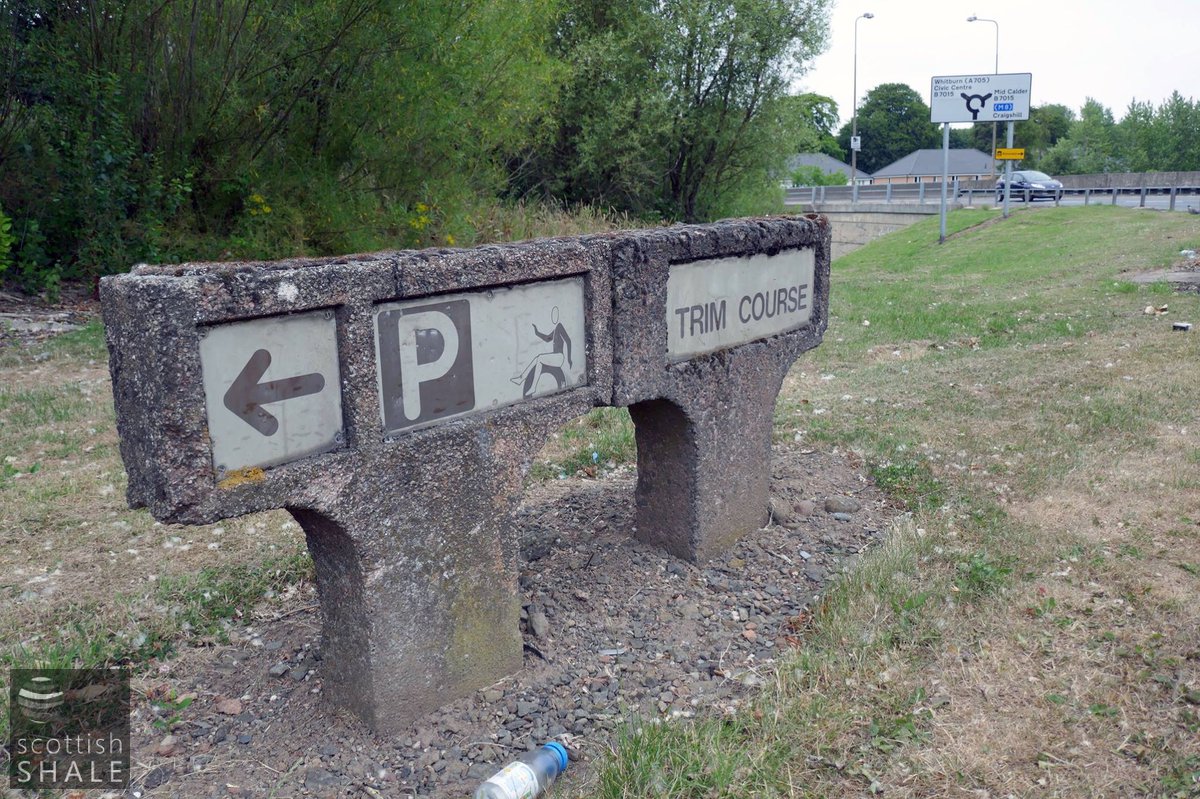 Markers beside Howden South Road still direct you to the Trim Course. 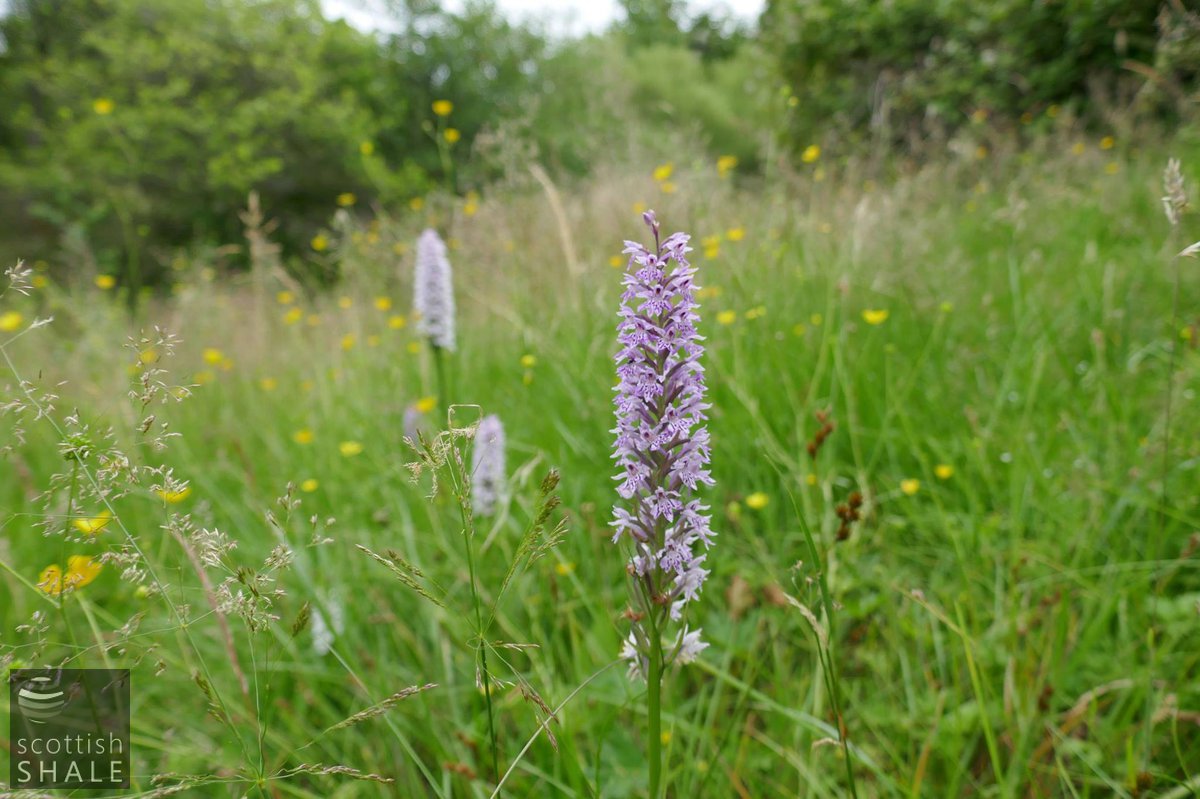 Orchids bloom near the site of the elbow twists. 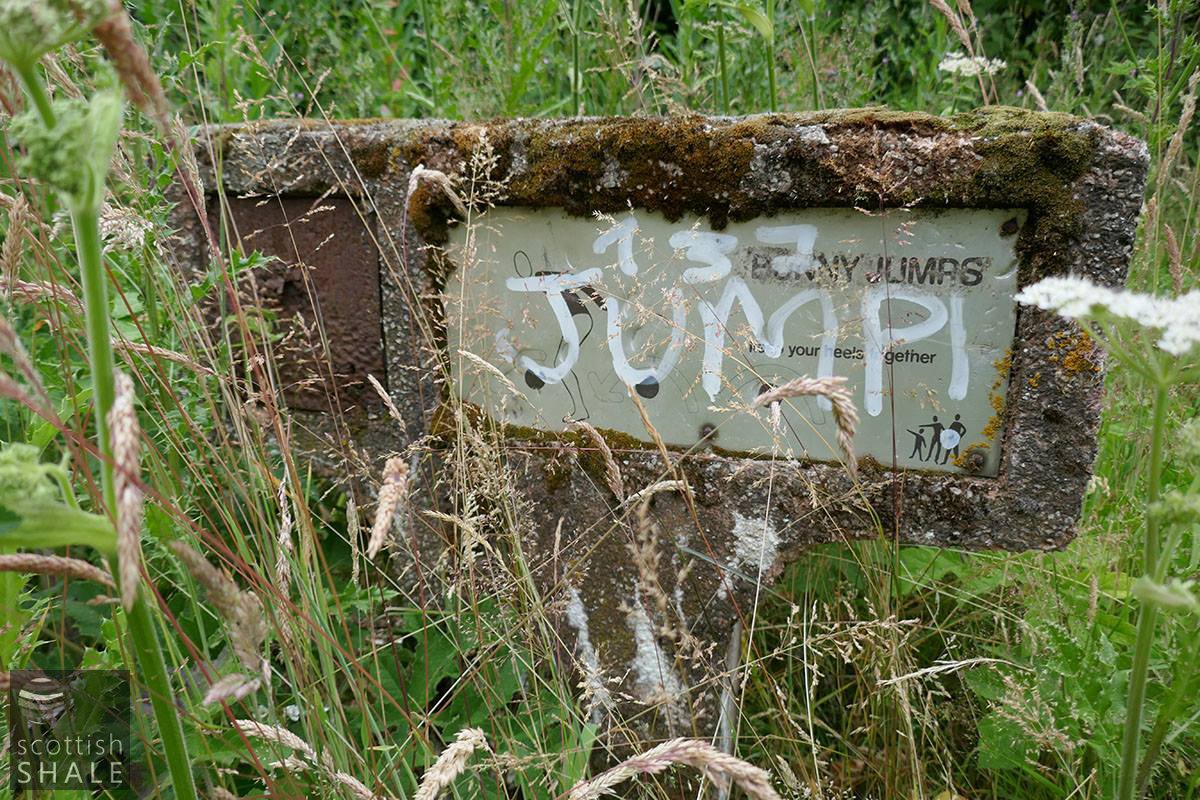 Jump among the long grass. 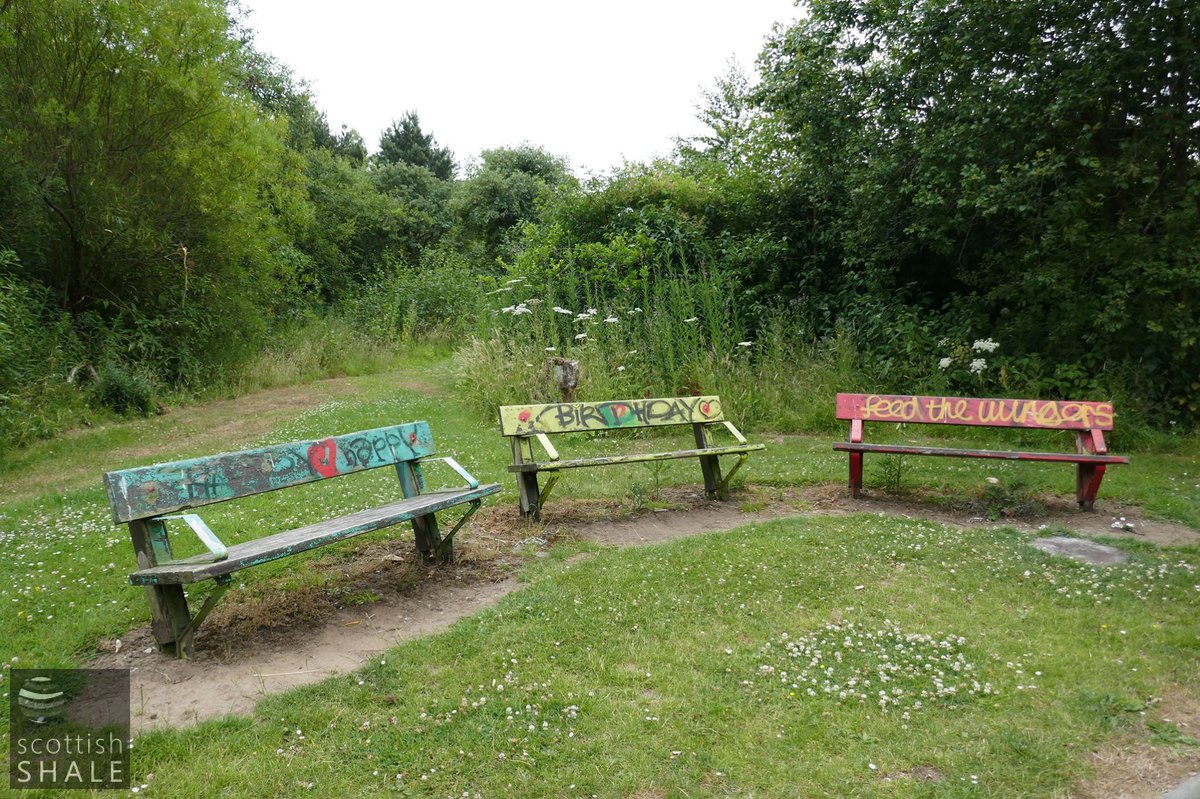 Tribal meeting space, once site of the bunny jumps. 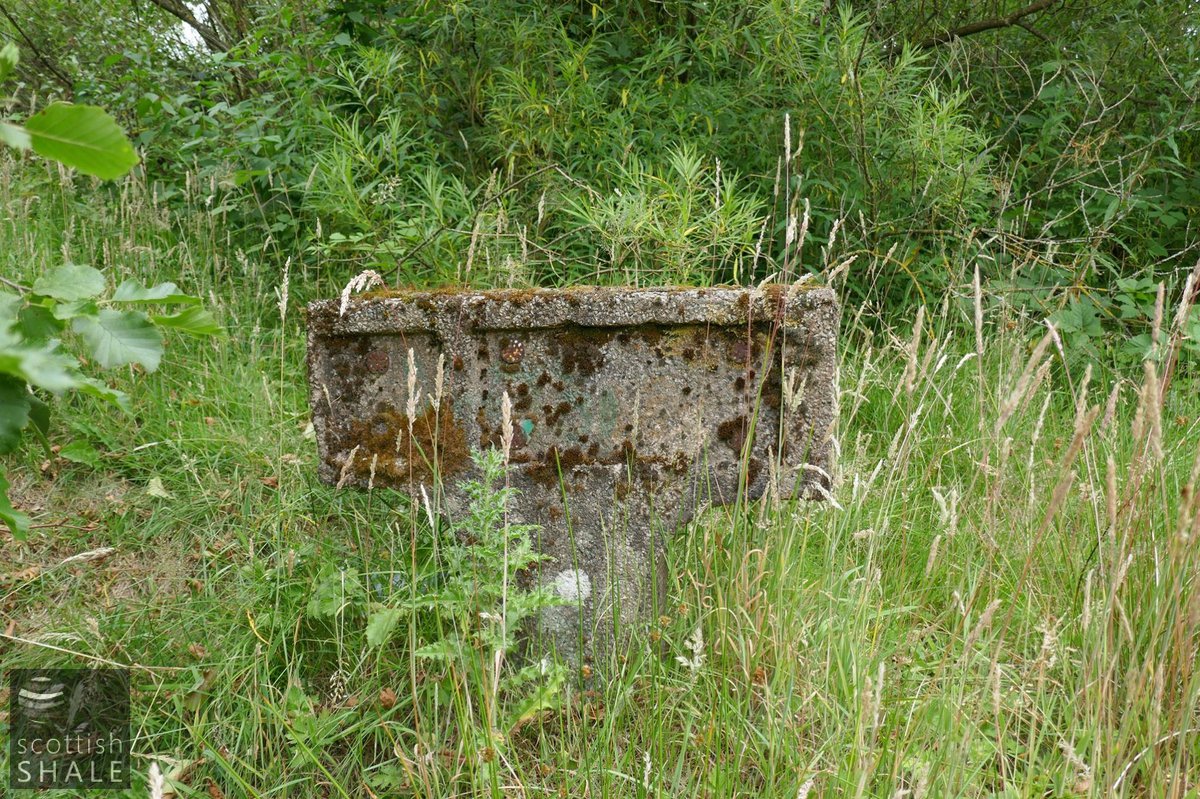 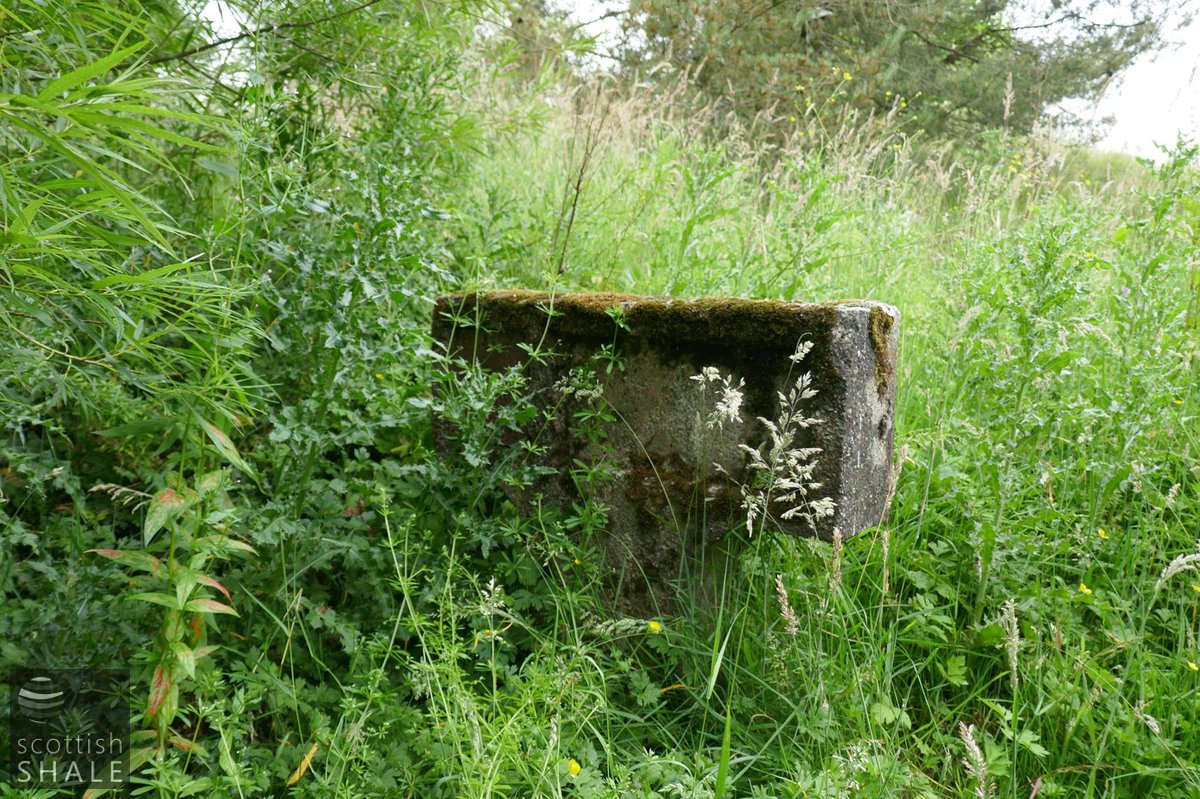