Searching for water creatures in the curling pond.

The well-dressed ladies and gentlemen of the Scottish Natural History Society are pictured enjoying the pleasures of a field meeting at Drumshoreland pond on a summer’s day some time around the turn of the 20th century. The Edinburgh-based society ran a programme of lectures and conversazione during winter months, and organised fortnightly field meetings throughout the summer. Such meetings usually involved a short train excursion from Edinburgh followed by a countryside ramble led by an expert guide in which features of geological, botanical, and other scientific interest were examined and discussed.

The pine woods and boggy margins of Drumshoreland moor were well known for their unusual plant and insect life. A Victorian entomologist recorded: “The only occasion on which I have certainly seen L. quadrimaculata (the four-spotted chaser dragonfly) anywhere near Edinburgh was on 8th June 1895, when I had the pleasure of watching three flying about the a curling pond, surrounded by trees, near Drumshoreland, Linlithgowshire.” Another naturalist reported finding a continuous mass of frogspawn at Drumshoreland curling pond measuring “eight yards long by three yards wide”.

Shelter in the long grass. 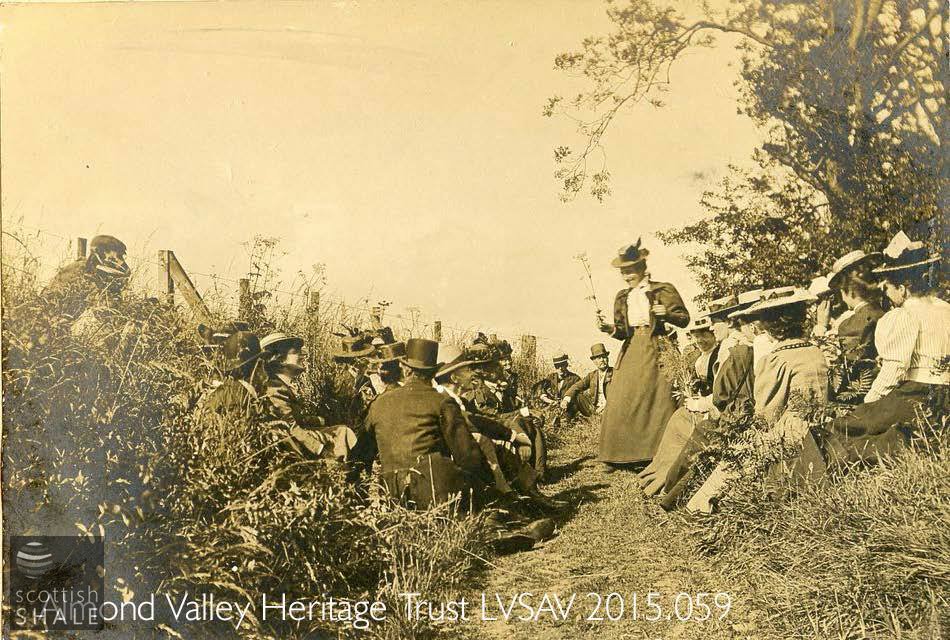 During summer months the Drumshoreland curling pond was a popular destination for Sunday school outings, picnics and rambles, being in the heart of the countryside while only a few hundred yards from Drumshoreland railway station. Low trees around the margins of the pond offered shelter while retaining views northward to the bings of Broxburn, Binny craig and the Bathgate hills. A small club house offered some amenities.

The pond was base to the Buchan Curling Club, an organisation that was already in existence when unified rules for the game were agreed in 1838, and was said to have existed “from time immemorial”. The pond was created in about 1862, superseding an earlier pond, the property of the Earl of Buchan, that lay in the woods to the south. During Victorian times a good thickness of ice was often maintained between early December and mid-February each year, when the great and good of the area would attend matches and present a variety of trophies. Patrons of the club included Robert Bell of the Broxburn Oil Company.

The curling pond seems to become overgrown by the middle of the 20th century, and today the site has been leveled to form an open paddock; very different from the scene where Victorian ladies and rare dragonflies once frolicked. 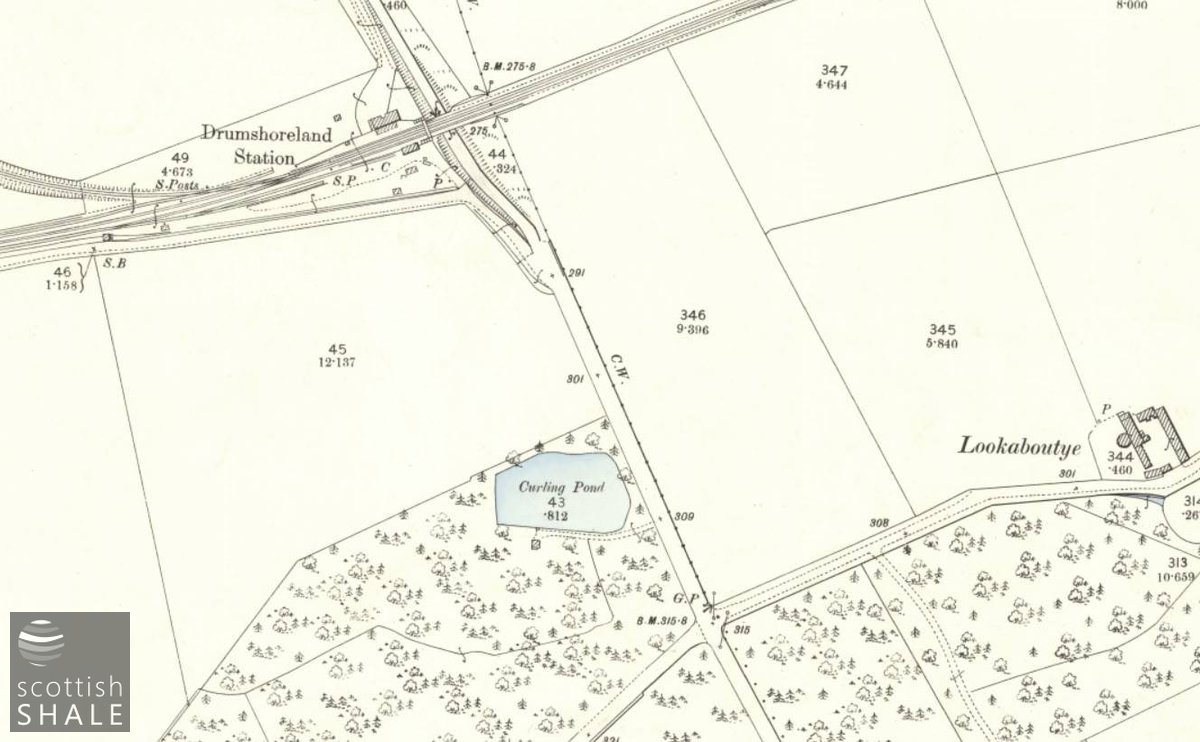 The curling pond, and nearby railway station, from the 25" OS map c.1895, image courtesy of National Library of Scotland. 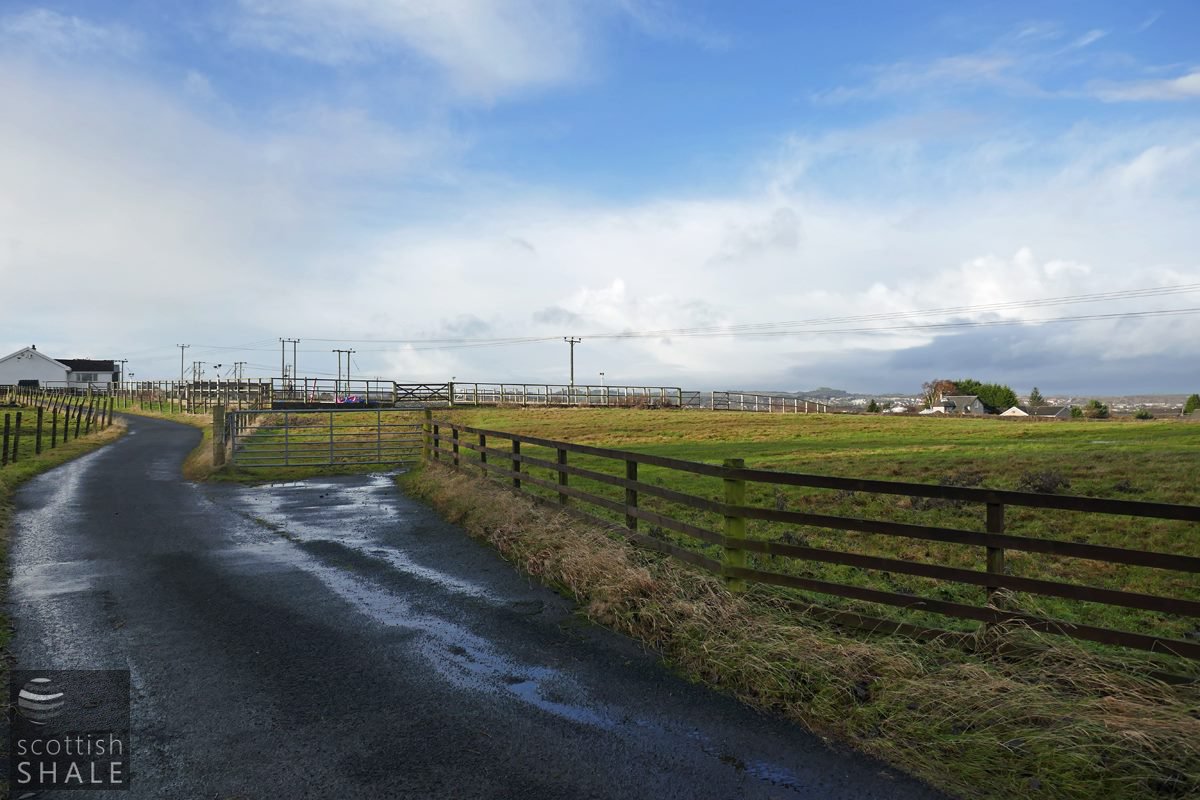 Site of the curling pond today. The fence-line and inset gateway follow the boundary of the pond.

Drumshoreland railway station (originally named Broxburn station), where the excursionists would have alighted. The building - seemingly the original structure built by the Edinburgh and Bathgate Railway, stands neglected since closure in 1951. 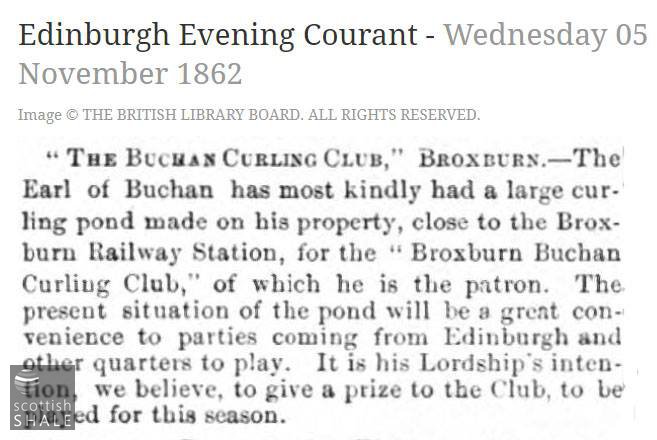 Creation of the new pond. 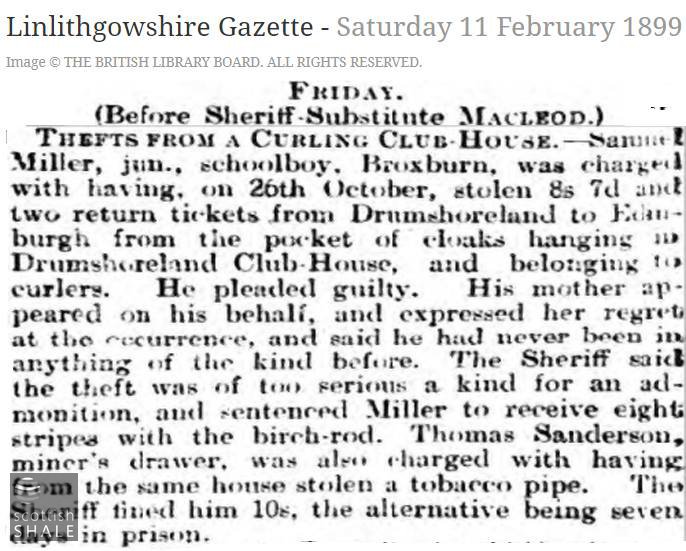 Mischief in the club house, and sentenced to the birch.