The People's Hall and Polytechnic Hall in West Calder 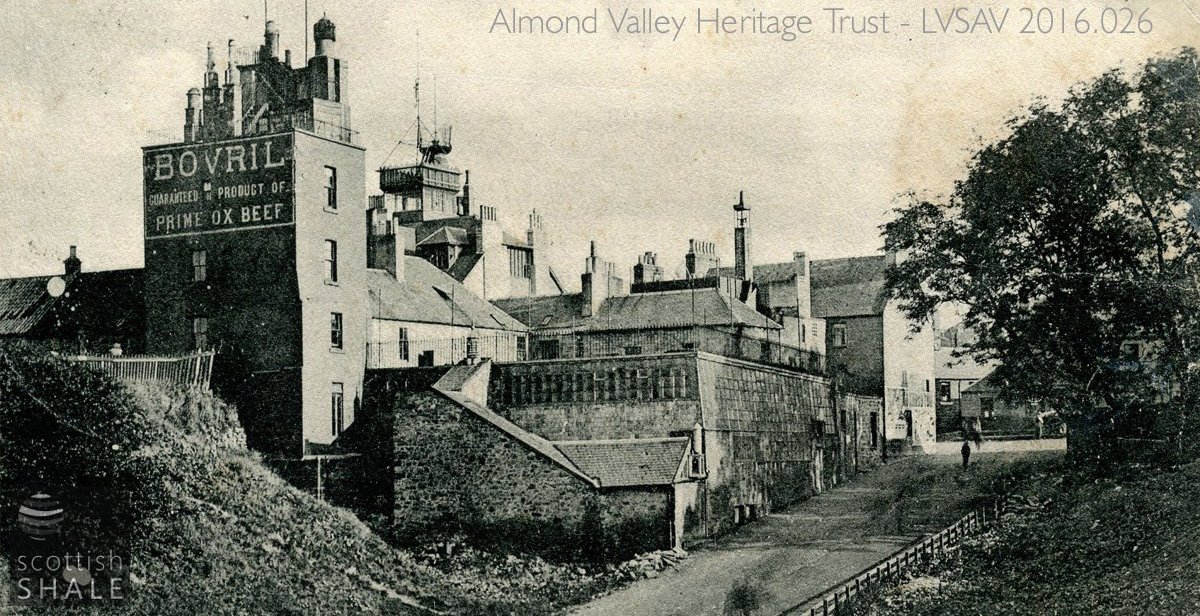 The “People's Hall” in West Calder, was the brainchild of West Calder baker, merchant and confectioner, John Thomson – affectionately known to all as “Pie Jock”. To the rear of his baker's shop and refreshment rooms at the East End of the town, Thomson constructed a crazy concoction of towers, spires and public halls that was described as “one of the wonders of the town that has to be seen to be appreciated”. The halls became central to the social, religious and political life of the town, providing the venue for countless lectures, balls, concerts, pet shows, pantomimes, bazaars, public meetings, rallies, and soirees. 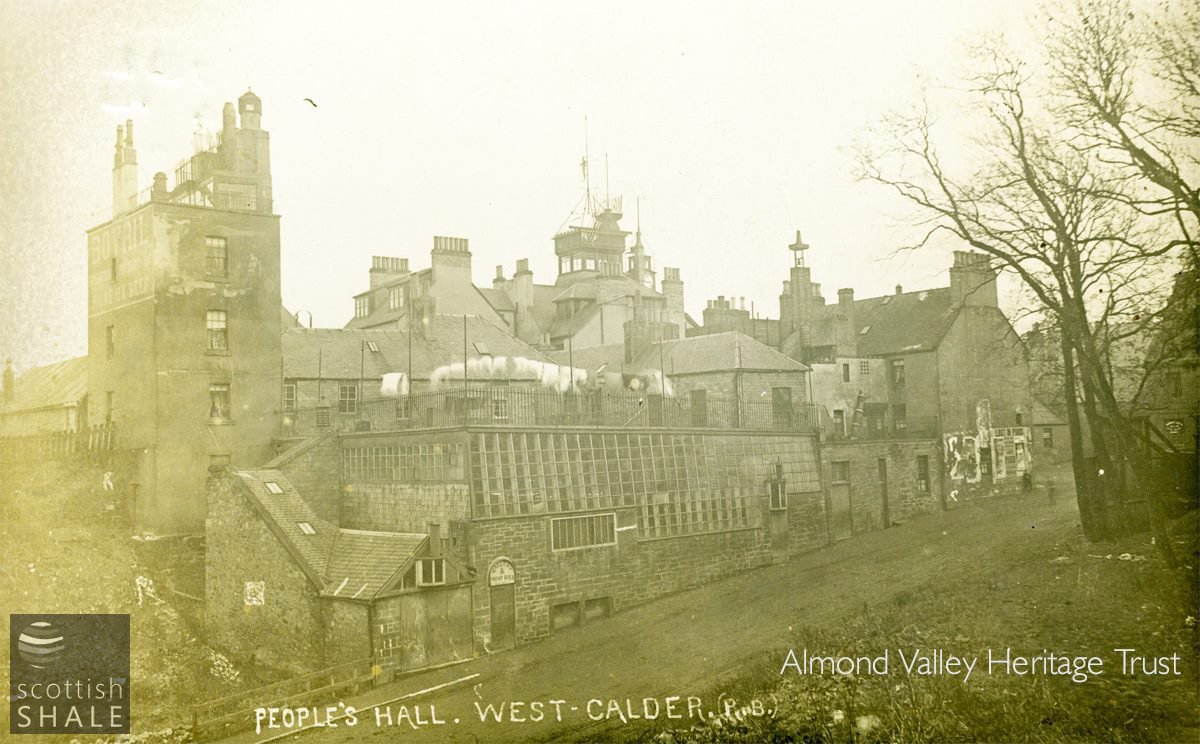 The People's Hall viewed from the west side of Cleuch Brae - a Robert Braid postcard. 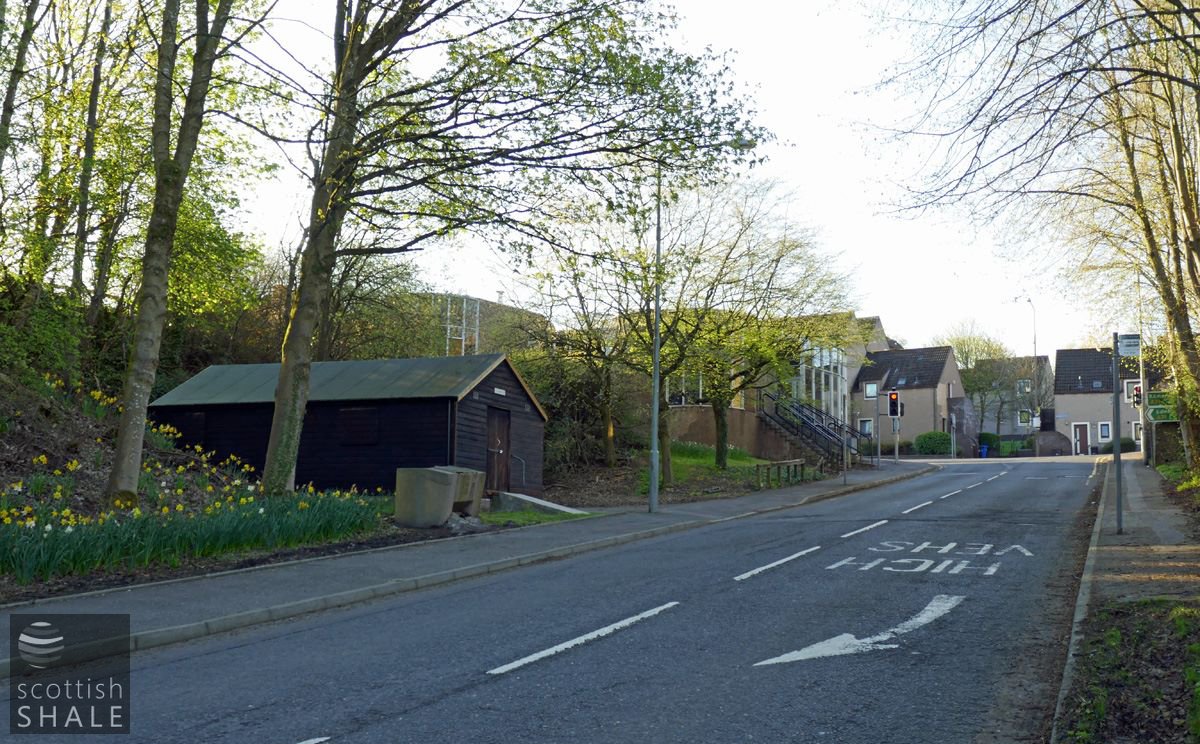 Site of the People's Hall.

John Thomson was a West Calder man, born in about 1825 who by the 1860's owned his own baker's shop in the town. It is unclear what triggered Thomson's grand plans for civic buildings, but when one-time British Prime Minister William Gladstone visited West Calder in 1879, no hall was large enough to accommodate the public meeting and a “large wooden pavilion” had to be specially built in a field to the west of the village. By the time Gladstone returned to the town on the election trail of 1885, Thomson was proudly able to offer accommodation at his Peoples Hall, and was presented to the great statesman. Photographs show the hall as a rather odd building, with low stone walls and a timber and glass superstructure which was built in an abandoned sandstone quarry beside the Cleuch Brae. The floor followed the slope of the hill avoiding the need for tiered seating. Beside the hall, and overlooking the railway, a five storey rectangular tower was built, at one time carrying an advertisement for “Bovril”, which provided homes for a number of families. This was said to be of “curious construction and great height”. In 1882, one the residents, Jessie Sutherland, was suddenly awoken by alarming noises coming from the door at the foot of the tower. She jumped hurriedly out of bed, opened the window to shout for assistance, but fell out of it - dropping 40 feet to the ground below. She suffered serious injuries, while the man who made the noises was charged with breach of the peace.

25" OS map c.1896, prior to construction of the Thistle tower fronting onto East End. Image courtesy National Library of Scotland.

1;2500 OS map c.1958, following demolition of the Peoples Hall and "Bovril" tower, but with the Thistle Tower still intact.

During the 1880's and 90's there were many more additions and embellishments to the halls, mostly carried out by local builder J. G. Fairley, who also created the scenery for theatrical productions within the hall. These included an armoury room for the West Calder volunteer rifles, public baths, recreation rooms, and the polytechnic hall, opened in 1895. The piece de resistance, completed in the closing years of the 19th century, was the curious but imposing Thistle Tower surmounted by clocks, spires and viewing galleries, which fronted onto East End and became emblematic of West Calder.

The driving force behind the creative programme of the People's Hall was “concert and theatrical agent” John H. Thomson – presumably Pie Jock himself rather than a relative, as census records show John Thomson was unmarried? The Stage yearbook describes the People's Hall as “a good two-night town”, and was an established venue for touring plays, concerts and variety shows.

Pie Jock died in 1915 at the age of 90, one of West Calder's oldest and most respected citizens.

The “poly hall” continued as a venue for dances and concerts while the People's Hall became the People's Palace picture house – known locally as “Nan Mullen's” after the cinema's manageress. Despite opening of West Calder's grand Regal Cinema in about 1939, the People's Place continued to entertain throughout the war years, but was demolished by about 1950. The Thistle Tower and other buildings fronting onto East End survived for a further decade or so. (Can anyone provide a more precise date for their demolition?)

The site of the Pie Jock's empire is presently occupied by the 1970's “Unity House”, abandoned in recent years by the Royal Bank of Scotland and currently awaiting new use. 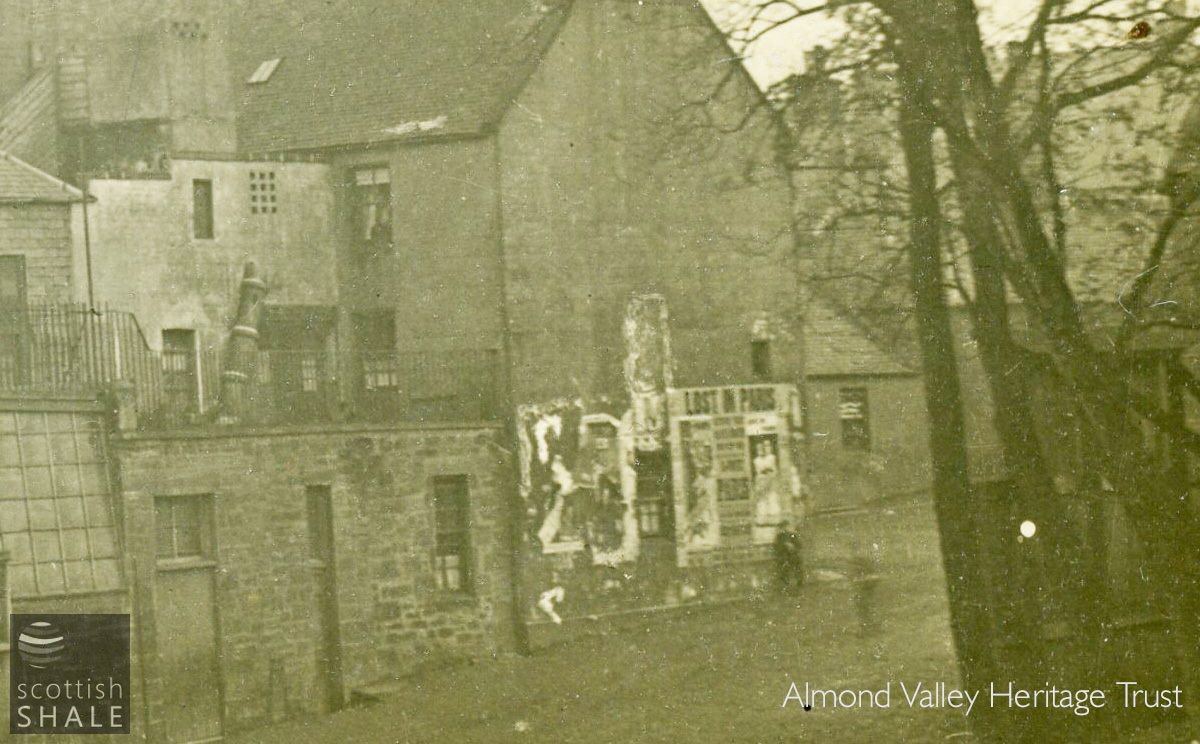 Detail of the Robert Braid postcard, showing posters for "Lost in Paris", a drama that was widely toured between 1900 and 1906. 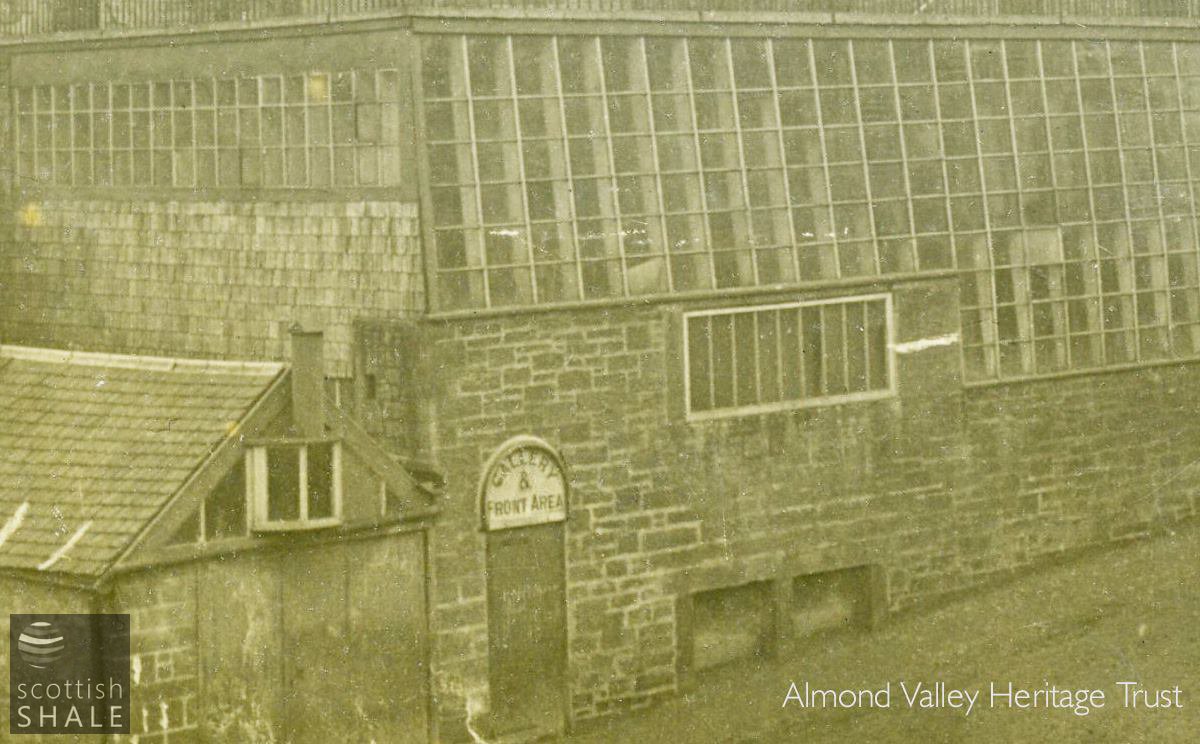 Close up of the Robert Braid postcard showing the entrance to the "Gallery and Front Area", and the curious construction of the hall. 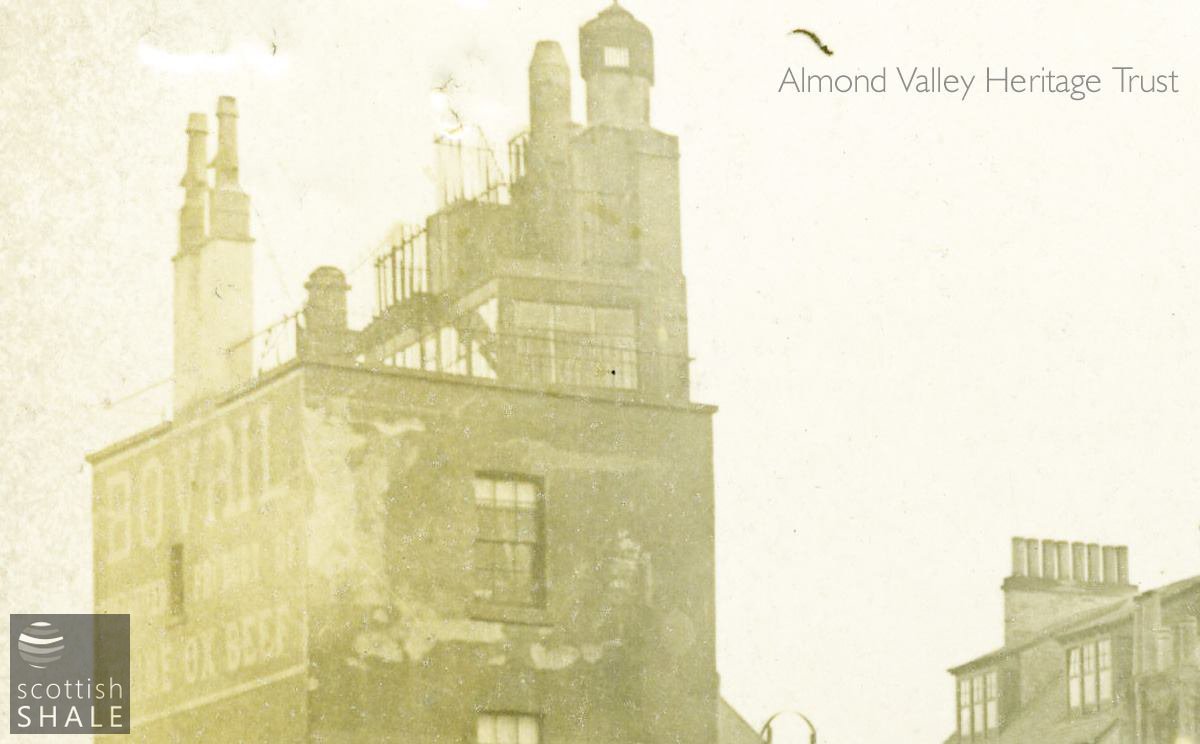 Detail of the Robert Braid postcard , showing the galleries and viewpoints on top of the "Bovril" tower. 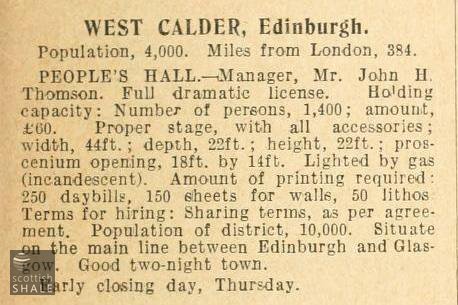 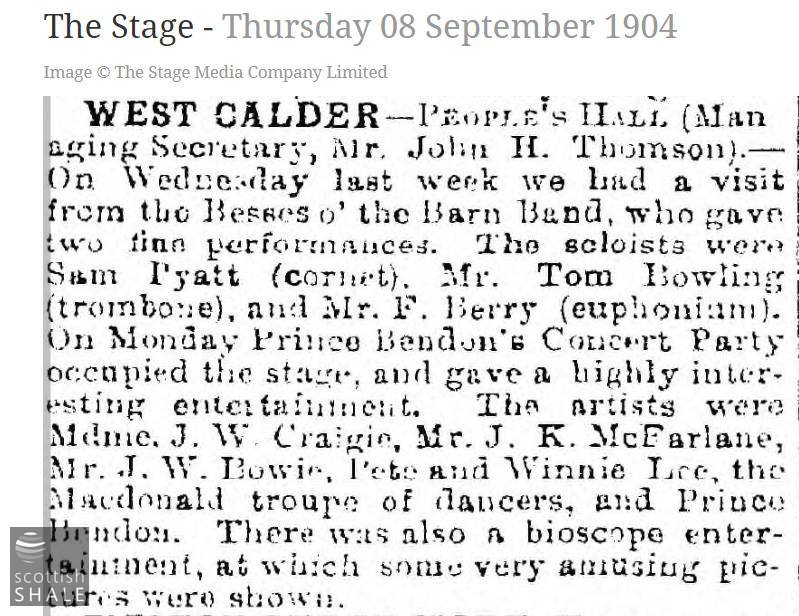 A typical show - interestingly including some bioscope (cinema) content. 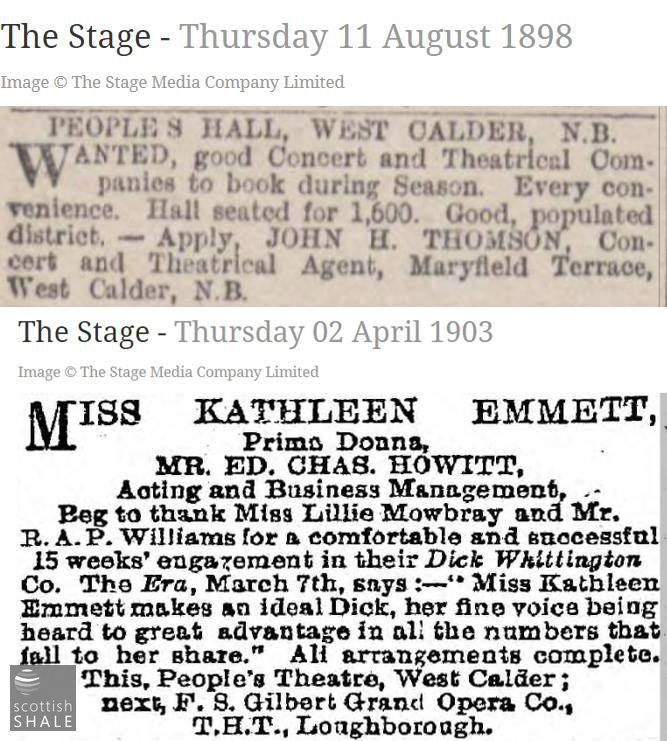 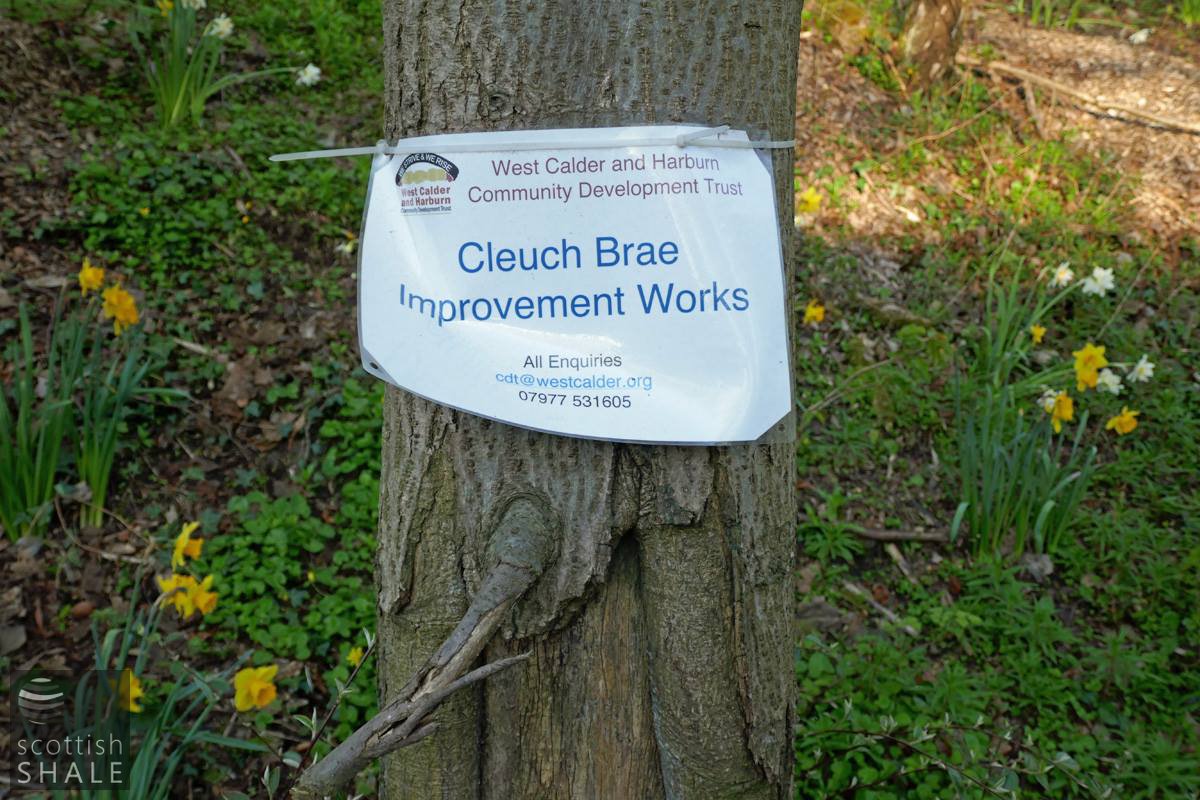 Good work being carried out by West Calder and Harburn Community Development Trust (Logo designed by Caoimhin Watts who also designed the logo for this website.) 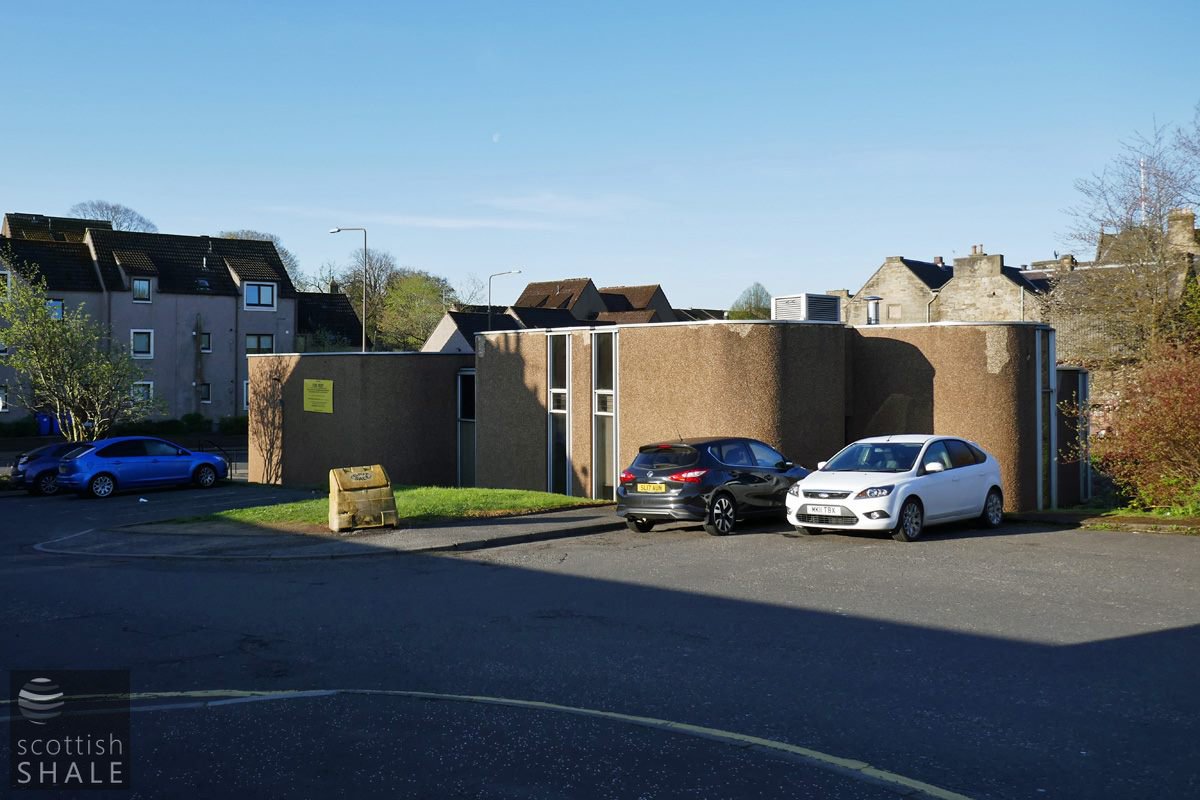 The former Royal Bank of Scotland branch, on the site of Pie Jock's refreshment rooms. 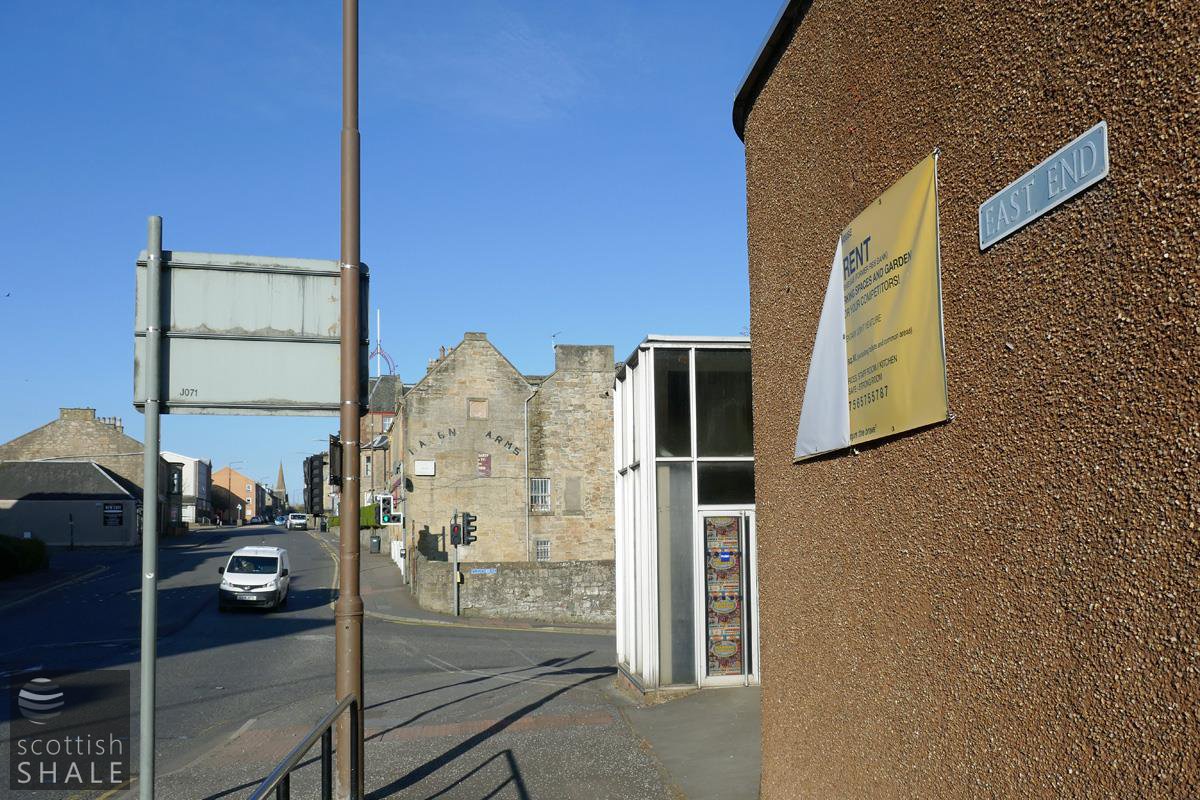 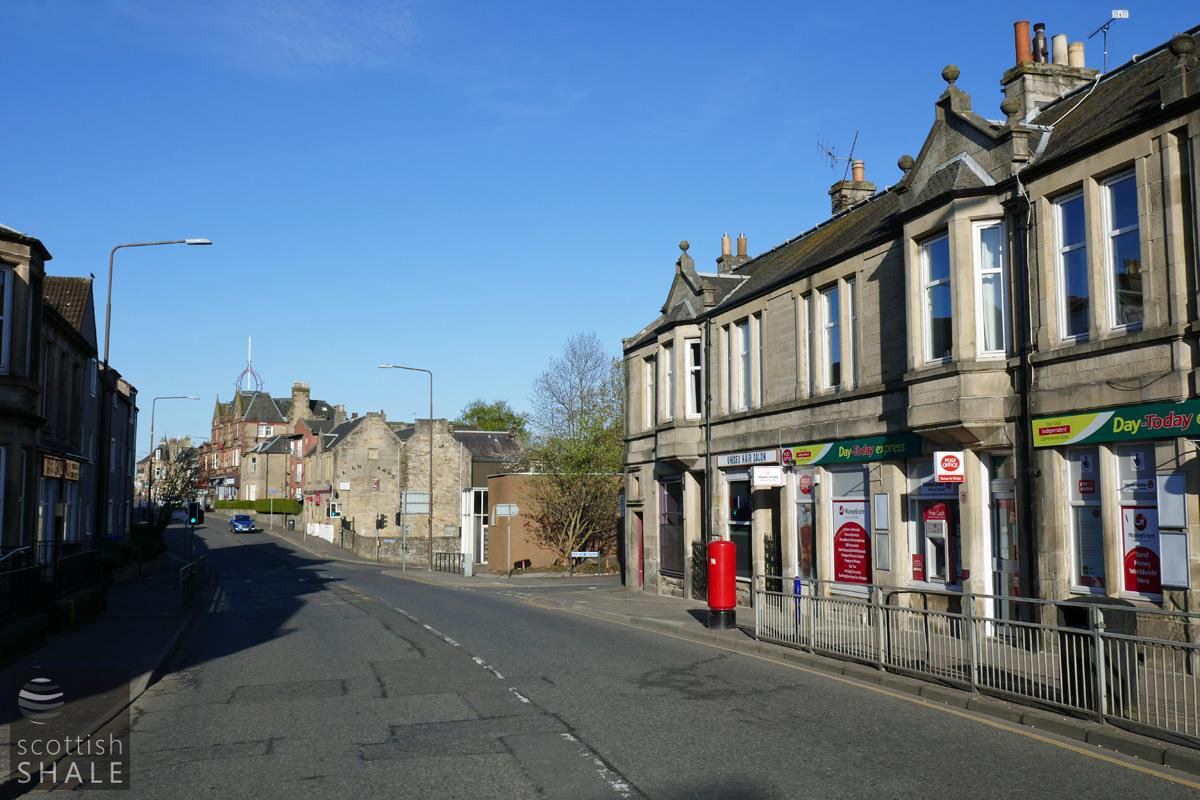 The gap where the Thistle Tower once dominated the scene.