A Postcard from Lizzie 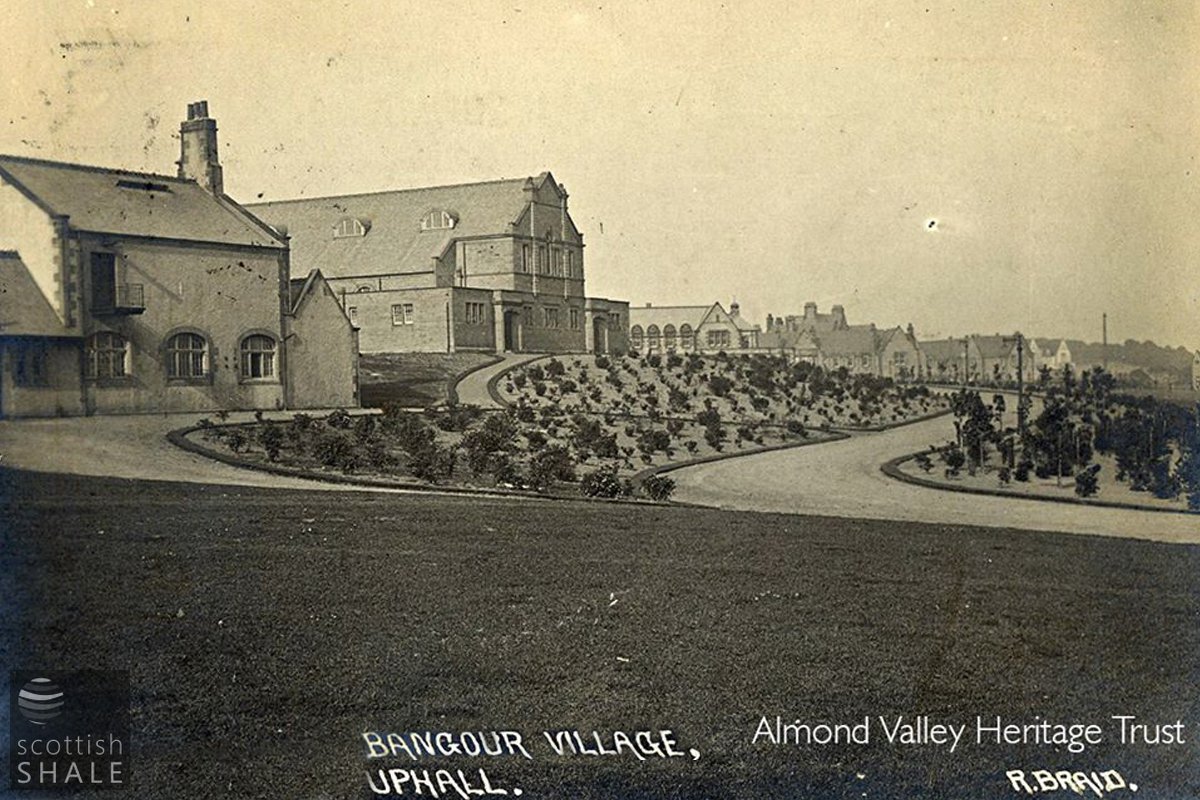 Lizzie's postcard, showing the bakery, recreation hall, with the ward blocks in the distance. 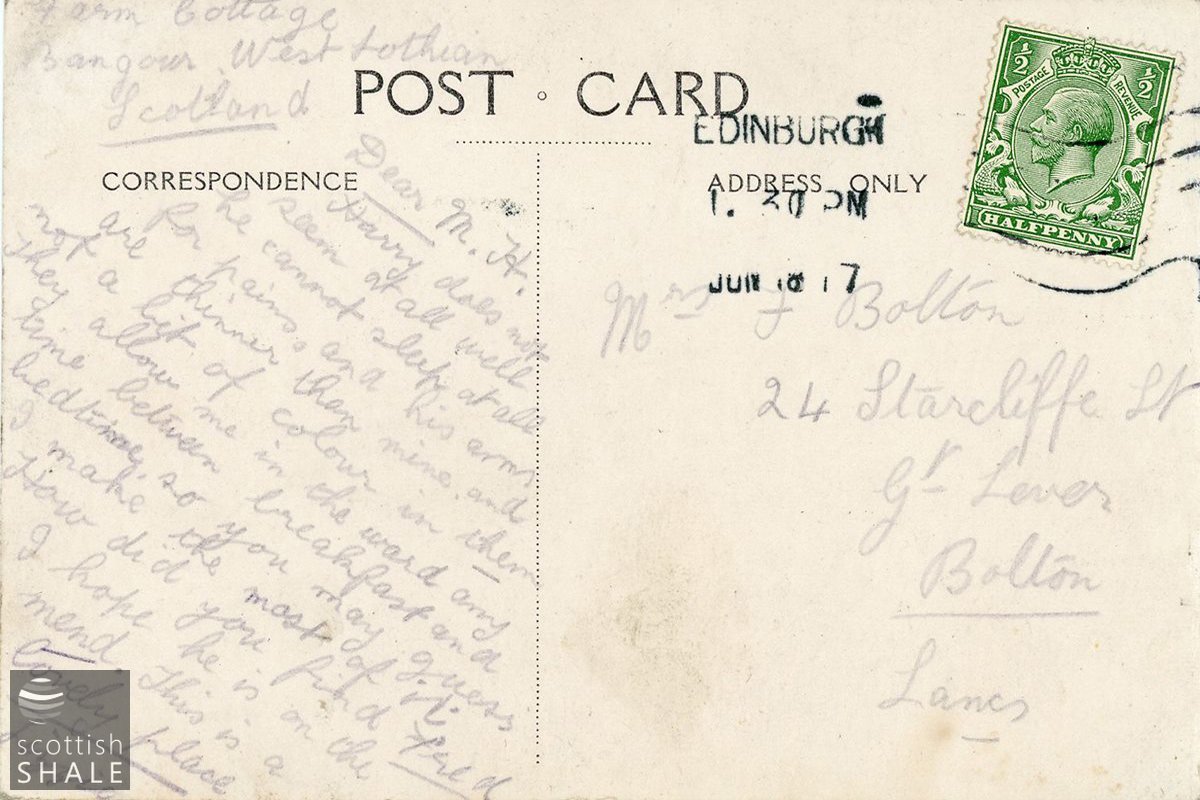 In the spring of 1915, the patients of Bangour Asylum were transferred to mental hospitals throughout Scotland in order to make room for a huge influx of wounded servicemen. A steady shuttle of trains delivered the shattered victims of the trenches to the wards and public halls of Bangour. Once these were filled to overflowing, marquees were pitched in the hospital grounds to house a further seven hundred. At the height of the conflict, almost 3,000 patients were housed in the “Edinburgh War Hospital” at Bangour, all hoping that the peaceful countryside setting would aid recovery to body and spirit. It was not until 1921 that the last few hundred wounded soldiers were moved from Bangour and the site was returned again to the Edinburgh Parish Council lunacy department. 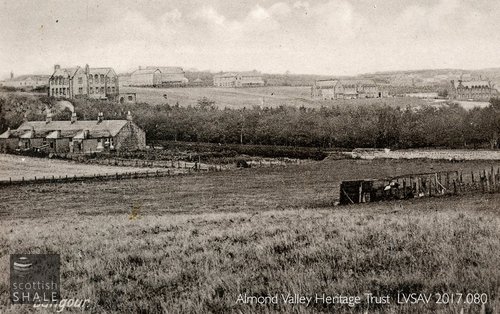 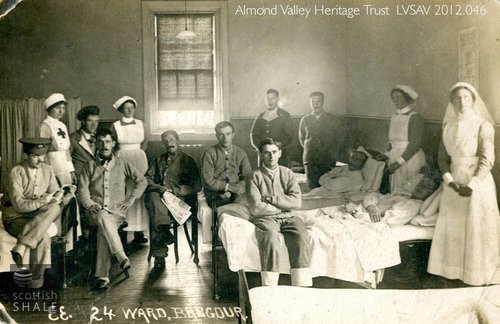 During this period, many tens of thousands of postcards will have been sent between patients and their families at home, which might be hundreds of miles away. These might convey cheery reassurance and hope, but sometimes provided less welcome news. A few words hurried written on the back of a card can now offer poignant glimpses into the personal cost of the war.

On the back of a rather drab view of hospital buildings is a note from Lizzie, addressed “Dear M.H.” It was posted on 18th June 1917 to an address in Starcliffe St., Bolton – a road of typical Lancashire terraced houses that still survives. Lizzie wrote - “Harry does not seem at all well, he cannot sleep at all, and his arms are thinner than mine, and not a bit of colour in them. They allow me in the ward any time between breakfast and bedtime, so you may guess I make the most of it. I hope he is on the mend. This is a lovely place.” She notes her address as Farm Cottages, Bangour. Was Lizzie a sweetheart, or perhaps a dutiful sister, who travelled to Scotland and stayed in lodgings to care for the wounded Harry?

Let's hope that Harry was not among those housed in a marquee with a simple wooden floor and a single coal fire for heat. He would certainly have been better off in Ward 24, which was adopted by the people of Armadale The ladies of Armadale were particularly active in collecting funds for the ward; staging concerts, taking collections in the cinema, and selling lucky white heather door-to-door. Scones, cakes, bacon, eggs and other “toothsome dainties” were delivered during regular visits.

In 1918, Cooperative employees from Armadale hosted a Halloween party for wounded soldiers in the ward; although doubtless this would seem rather tame compared with the horrors that had been experienced in the trenches.

Above left: View of Bangour, with farm cottages on the “Old Edinburgh Road” via Drumcross. Perhaps Lizzie lodged there?

Above right: Staff and patients of ward 24; well looked after by the people of Armadale. 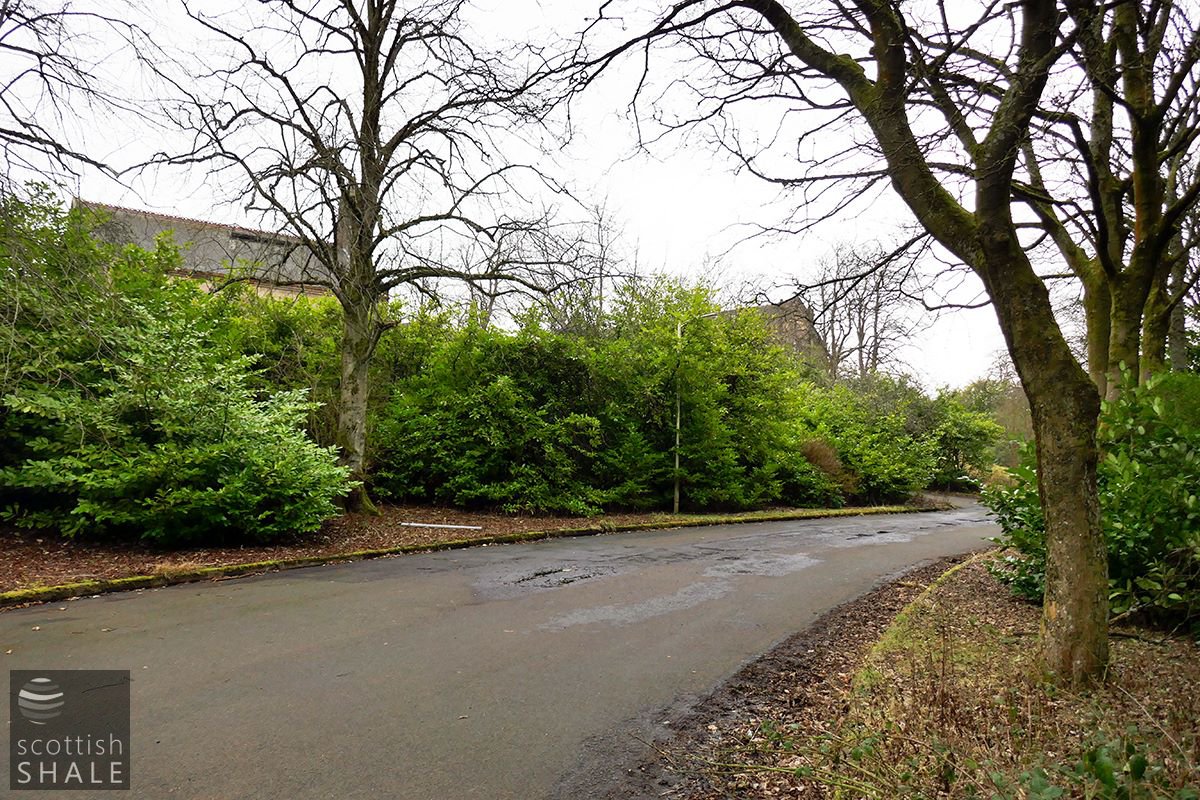 The scene today, with the bakery and recreation hall visible above the foliage. 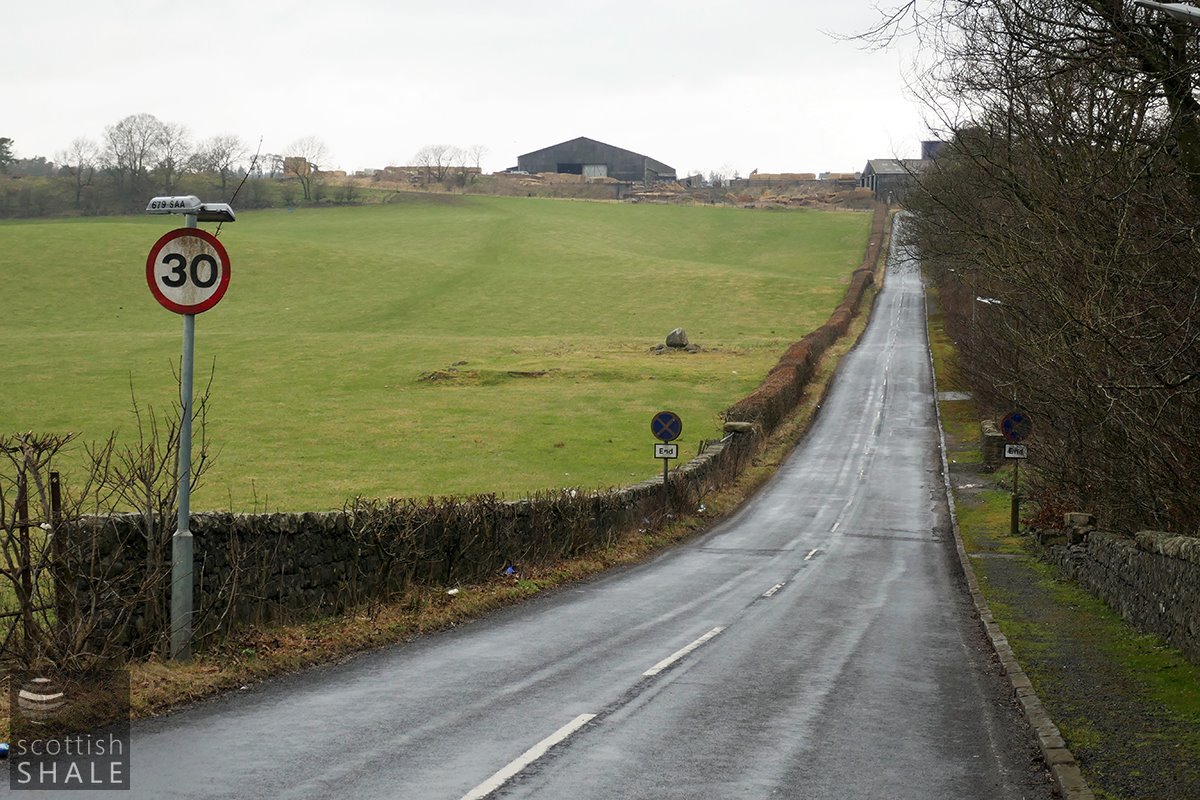 The road to Drumcross. The level area on the left of the road marks the site of the cottages.