The exchange sidings – which I photographed c.1973?

Polkemmet was the largest and last of West Lothian's collieries. Even today, the circumstances of its abandonment in 1985 stir bitter emotions. Old wounds still ache. Polkemmet was central to Scotland's heavy industries. The high-quality coking coal that it produced was once the main source of supply for the mighty Ravenscraig steel works. Output was also once shipped through the Clydeside ports to many parts of the world.

Since 1922, when the first coal was raised, Polkemmet's workings progressively extended for many miles beneath the district. In 1980, a bright future was predicted for Polkemmet following the development of new reserves of good quality coal deep below Blackridge and Westcraigs.

When the national miner's strike was called in 1983, unions permitted “safety cover” - essential care and maintenance work to ensure workings and equipment remained in sound condition. As the strike continued, hardships began to bite. When a handful of men returned to work, the unions withdrew safety cover, and the pumps were then switched off. In the weeks that followed, underground workings that provided employment for 1,300 men, and a livelihood for very many more, became submerged beneath cold acidic water. Once the strike was over, preparations were made to pump out the millions of gallons of mine water, but these never went forward. It was judged uneconomic to do so, and Polkemmet pit was abandoned, amongst acrimony and recrimination. 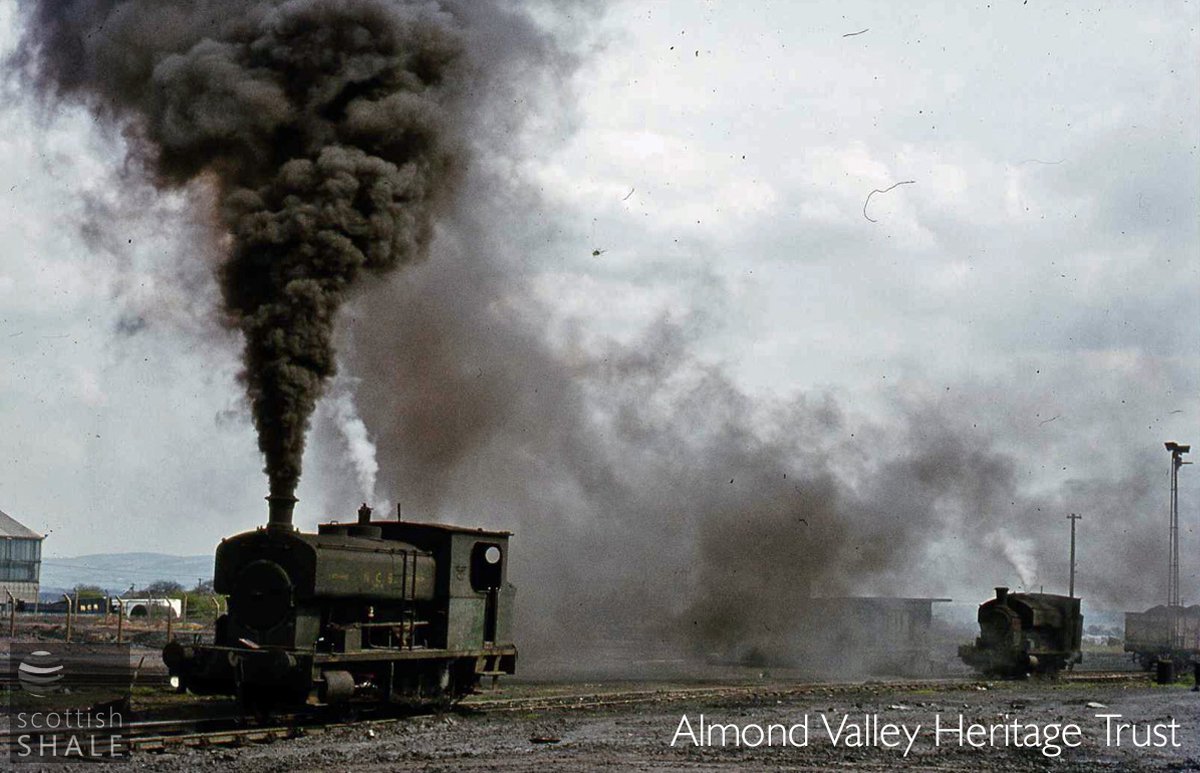 The pit yard – from my photograph c.1976?, certainly before the concept of carbon footprints. 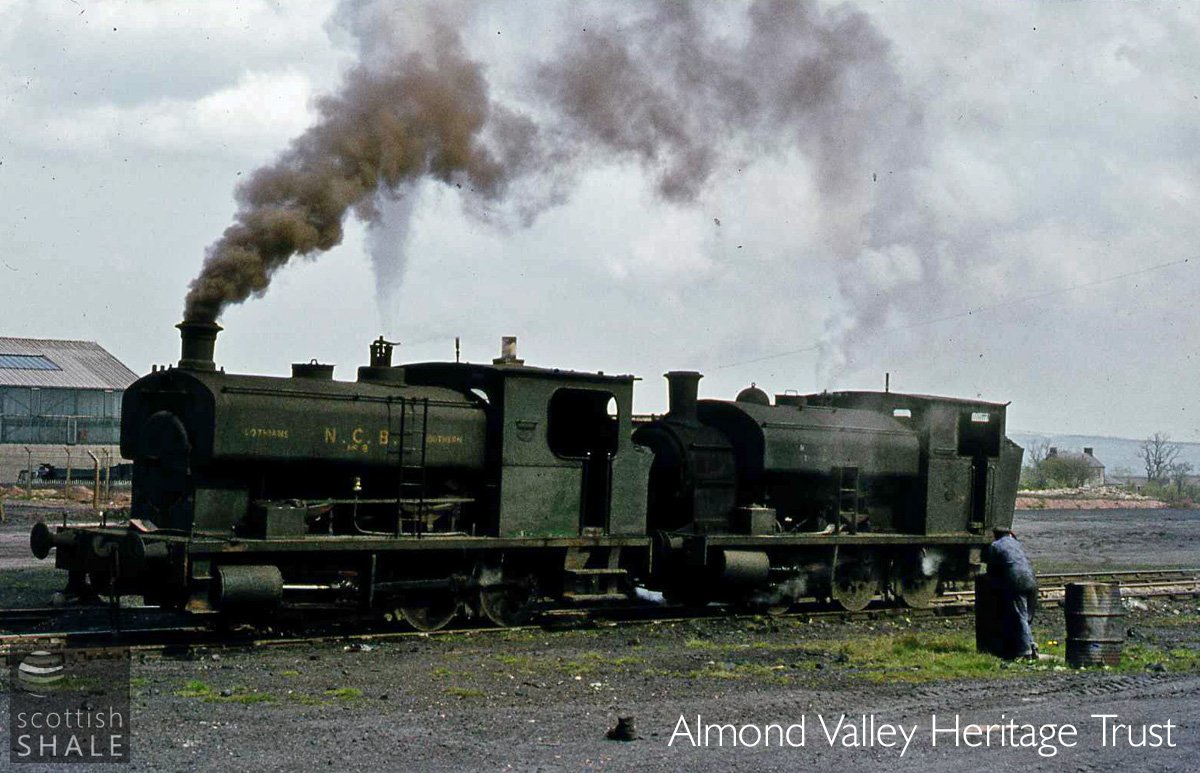 Polkemmet had happier connotations to lovers of old machinery. Throughout the 1970's, a generation of railway enthusiasts spent joyful hours on Polkemmet bing, watching and recording the heroic efforts of the colliery's pugs. Almost all of Polkemmet's output was transported by rail. Railway wagons, loaded with coal beneath the washery, were weighed, marshalled into rakes, and hauled by the colliery pugs the mile or so to the exchange sidings near the site of the old Greenrigg colliery. From here, British Railways diesels took trains across the Benhar moor and on to their destination.

The rails from the washer to the exchange sidings were steep and often greasy, and it was usually necessary to have two of the colliery's steam “pug” engines at the head of each train. Especially when rainy, the old engines struggled to gain traction, and when wheels slipped on damp rails, huge clouds of steam and black smoke were thrust high into the air. The sound of these exertions echoed for miles around.

Polkemmet's pugs had a tough life, and the oldest of them were over seventy years old. As other pits closed, redundant pugs were transferred to Polkemmet, where it seems that the last piece of life was squeezed out of them. The area around the engine shed was usually littered with dismantled lumps of old locomotives as pit engineers mixed-and-matched pieces to heroically keep the old engines running.

The good folk of Polkemmet pit were generally tolerant of the strange army of men and boys who often travelled long distances simply to watch the steam trains. Permits were sometimes granted for official visits, which often started with a fine breakfast in the art-deco pit canteen. Even without official arrangement, it was easy to simply wander into the pit yard without challenge. The ledge along the base of the bing provided a grandstand from which to photograph the action without getting in the way of the hard work. Some drivers, firemen and shunters seemed to actually welcome the attention and silly questions of the train-spotters. Raising steam at the start of the shift, or emptying-out the ashpan at the end, often provided a little time to chat to admiring visitors about pugs and pits, or even to share a well-stewed cup of tea in the loco shed bothy.

The exchange sidings – which I photographed c.1973?