Red Mill in the White Snow

Corn mill on the Almond near East Whitburn 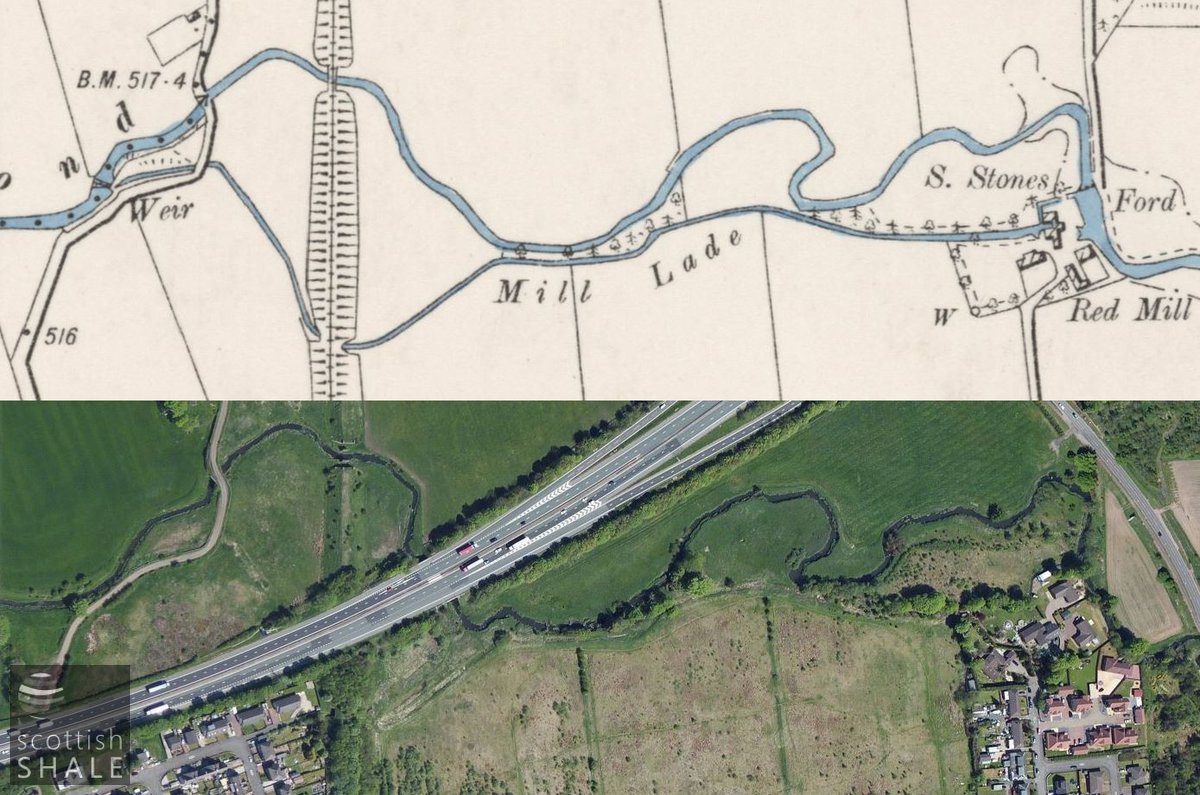 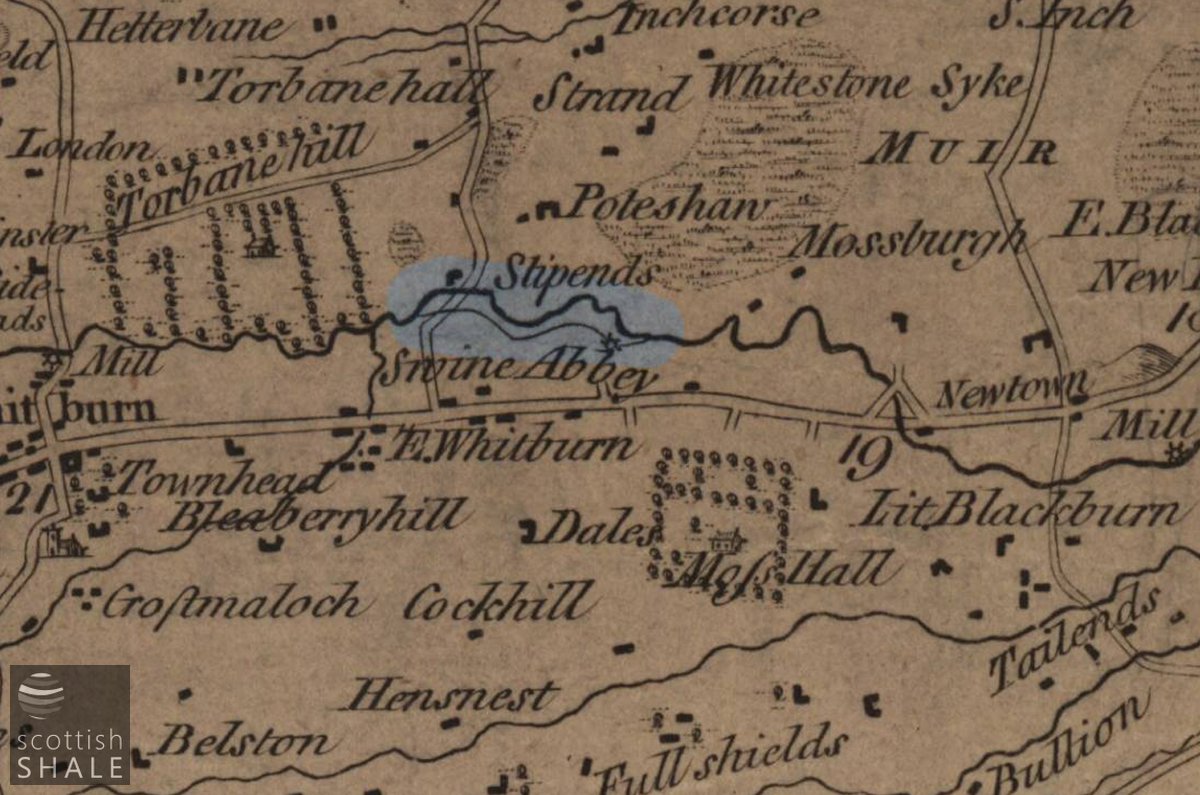 Armstrong's Map of the Lothians c.1773, courtesy National Libraries of Scotland, with route of lade highlighted.

The Red Mill, on the River Almond between Whitburn and Blackburn, is shown on Armstrong's 1773 map of the Lothians, and may date from considerably earlier. The mill lade was fed by a weir on the Almond just upstream of the bridge carrying the Bathgate to East Whitburn road across the river, and ran for about 875 yards to the mill, short-cutting several loops in the river.

Red Mill, or RedMill, was described in the OS name book of c.1853 as “a middling sized Corn & Barley mill, two stories high, with requisite offices and residence of miller; all in good repair. The mill is propelled by water. There is a garden and a small arable farm attached. Tenanted by John Calder, the property of Professor Reid.” The mill seems to have had an uneventful history, changing hands on a number of occasions as part of Redmill farm

In 1915 the premises were used as a bark mill, presumably grinding dried tree bark for use in explosives production. This operation seems to have been short-lived as in 1918 the miller had his “reserved occupation” status reviewed, as the mill had reverted to processing meal rather than material for war production.

In the early 1920's the lands of Redmill were purchased by Robert Forrester & Co. Ltd, proprietors of Whiterigg colliery, 38 homes built for the workforce, along with a bowling green and pavilion. Most of the mill buildings seem to have been demolished at that time.

Today little trace remains of the mill, and a number of comfortable homes now occupy its site. Much of the route of the mill lade can however still be traced as a shallow ditch, although construction of the M8 in 1965 has cut across its route. 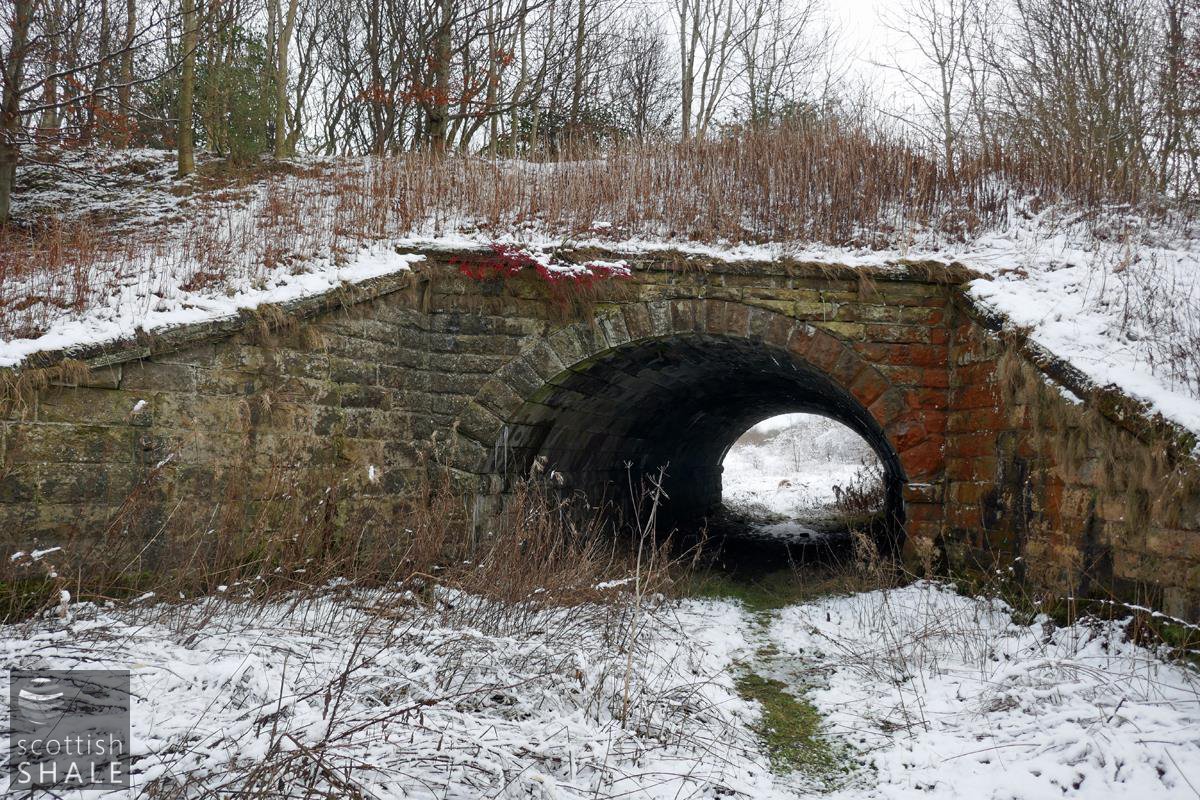 A fine stone bridge beneath the Wilsontown, Morningside and Coltness railway, through which the mill lade serving Redmill passed. View looking east. 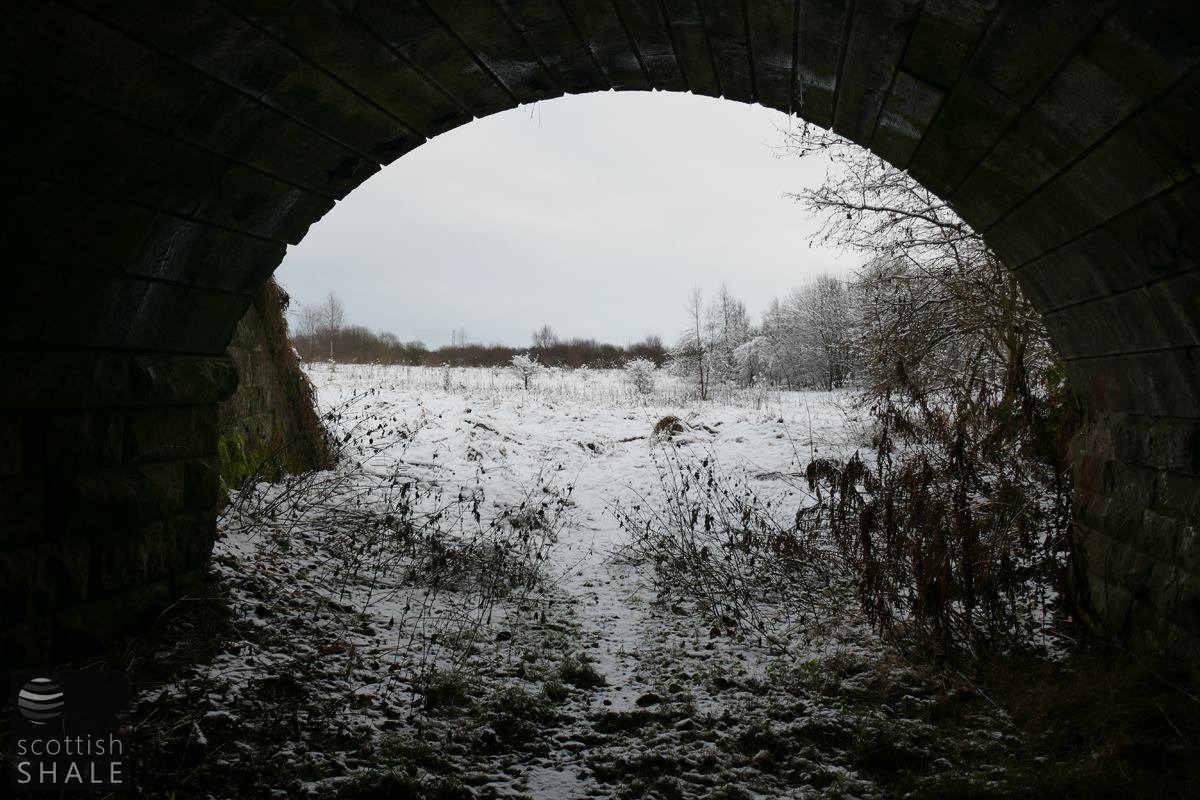 View from tunnel beneath Wilsontown, Morningside and Coltness railway, looking east. The route of the lade veers to the left. 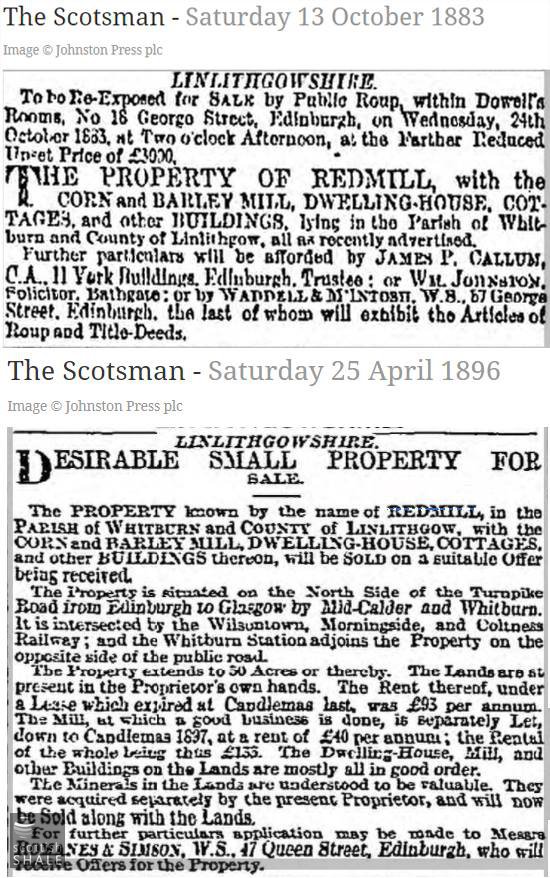 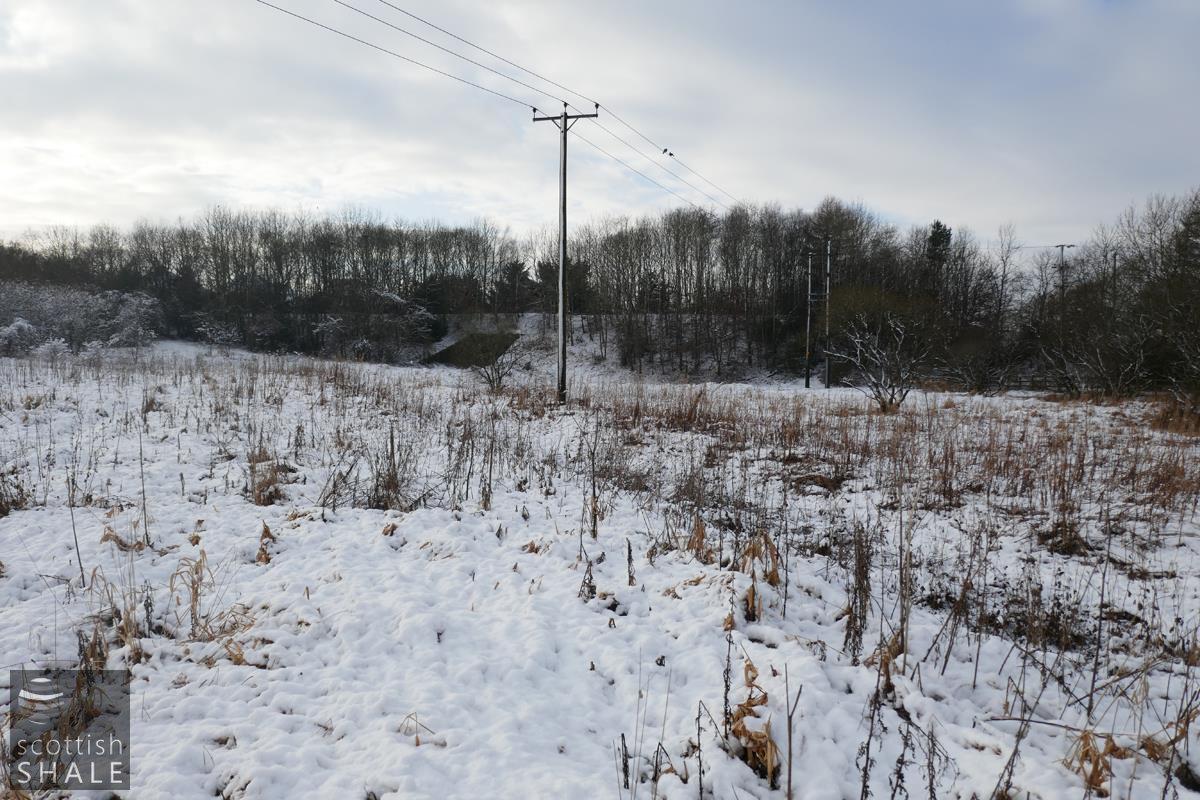 Route of the lade clearly defined in the snow. Looking west towards the railway underpass. 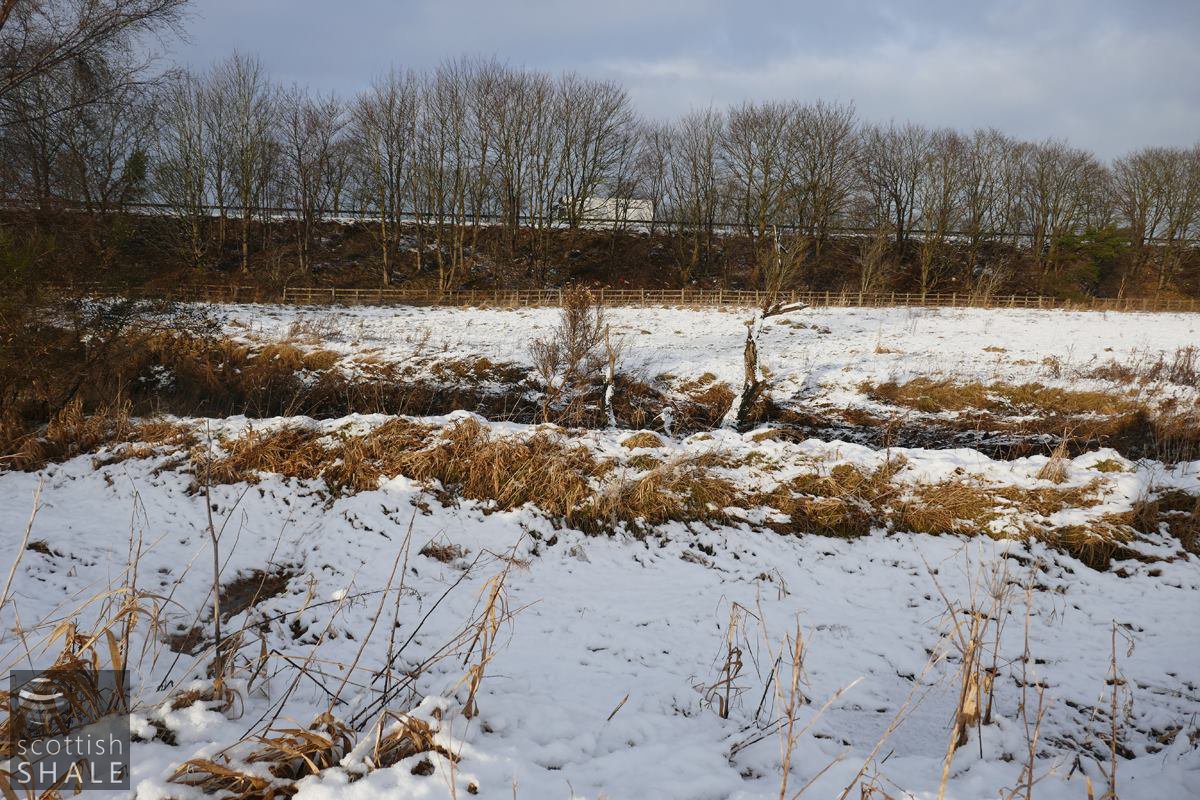 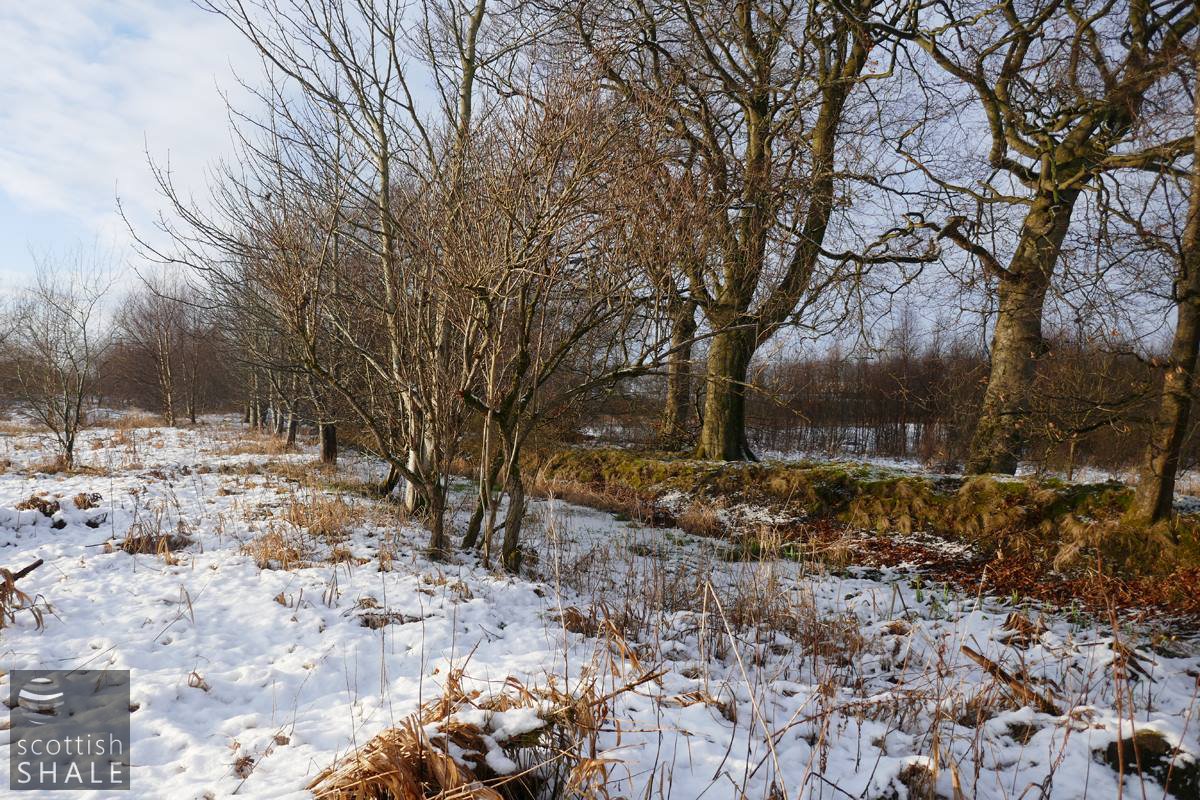 The route of the lade is clearly defined at its eastern end, close to the site of the mill. View looking west. 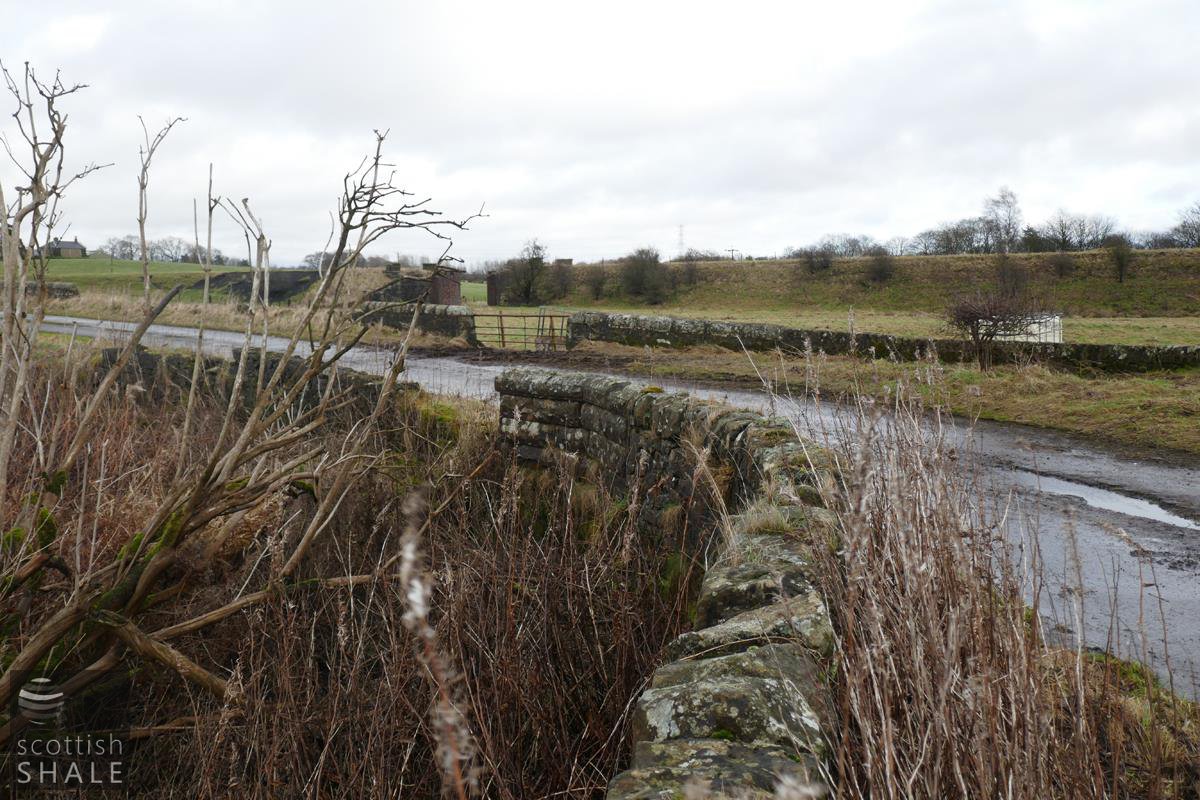 Lade close to site of the mill. View looking East. 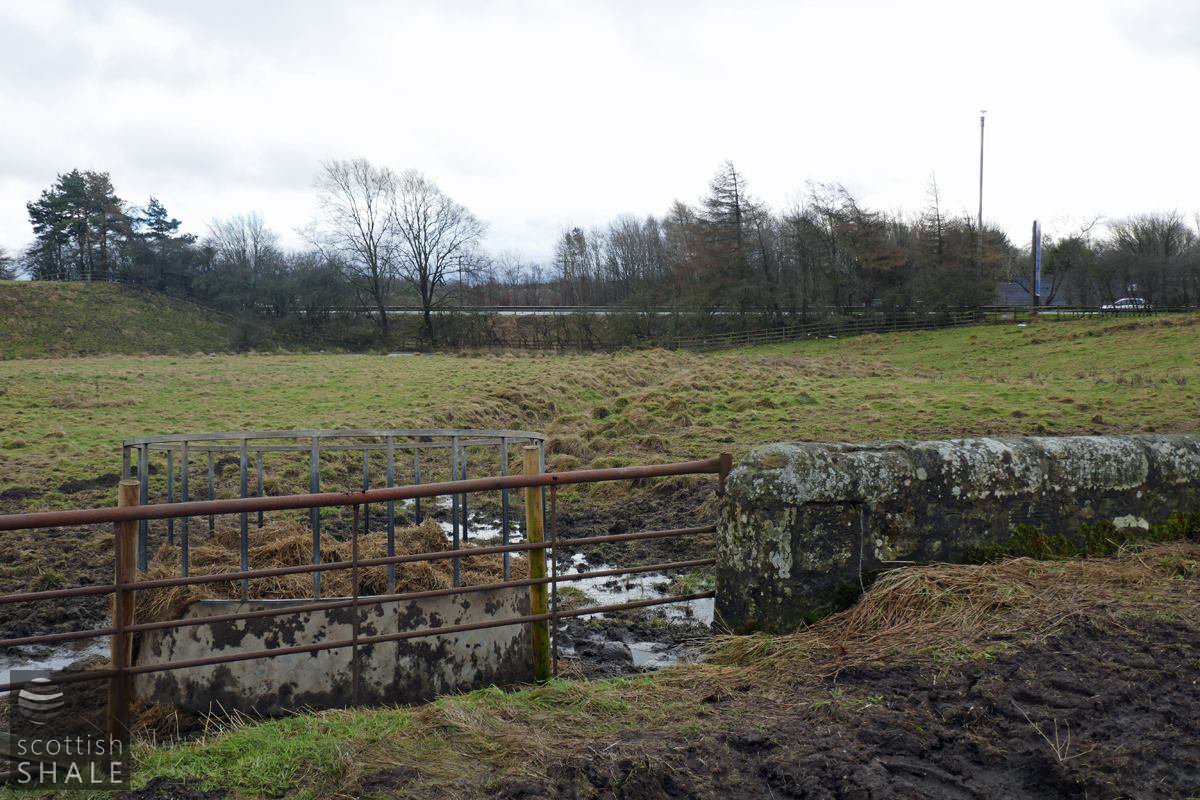 View of the west end of the lade, taken two days later on New Year's Eve. The lade flowed parallel to the wall in the foreground, passed beneath the road, then veered right.
In the background is the site of WM& C railway bridge across the Almond, and extreme left is Pottishaw farm.