Roadstone at the Station

A steam lorry and roller at Whitburn railway station 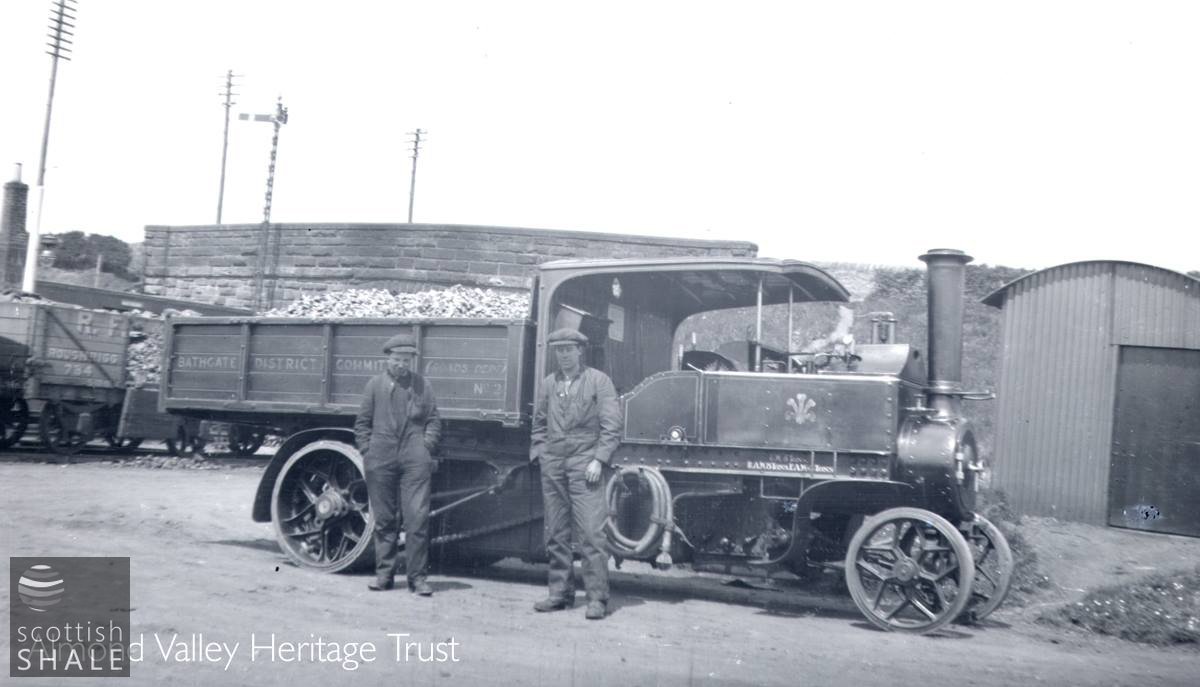 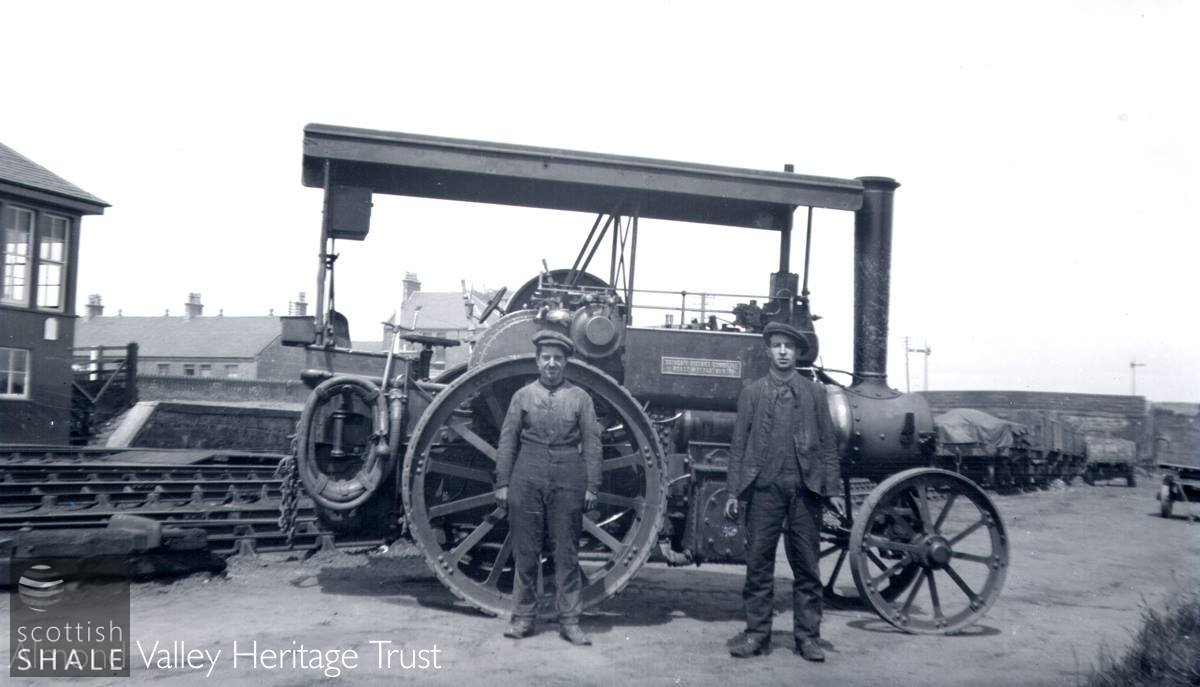 Two more images from our collection show some fine steam machinery operated by the roads department of Linlithgowshire County Council’s Bathgate District Committee. The Foden 5-ton steam lorry and the traction engine were presumably engaged in hauling roadstone from railway sidings to road repair works; perhaps even the “kerb and channel work at Messrs Forrester’s new houses in Blackburn”, described in a road surveyor’s report from 1914.

The location is clearly Whitburn station, with a coal wagon in the background owned by R. Forrester & Sons, proprietor of the nearby Whitrigg Collieries. The 1960’s houses of Almond Square, East Whitburn, were built on the site of the pit rows shown in the background of the traction engine image. 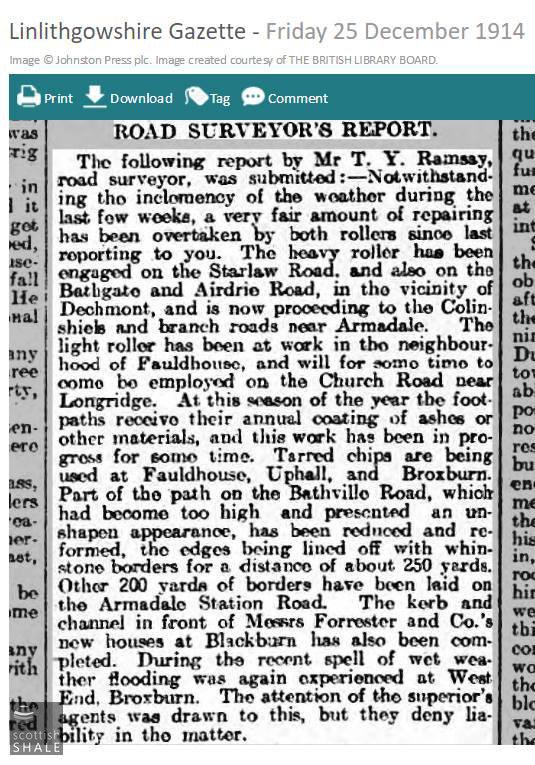 One of many fascinating road surveyor's reports that were published in the local press. 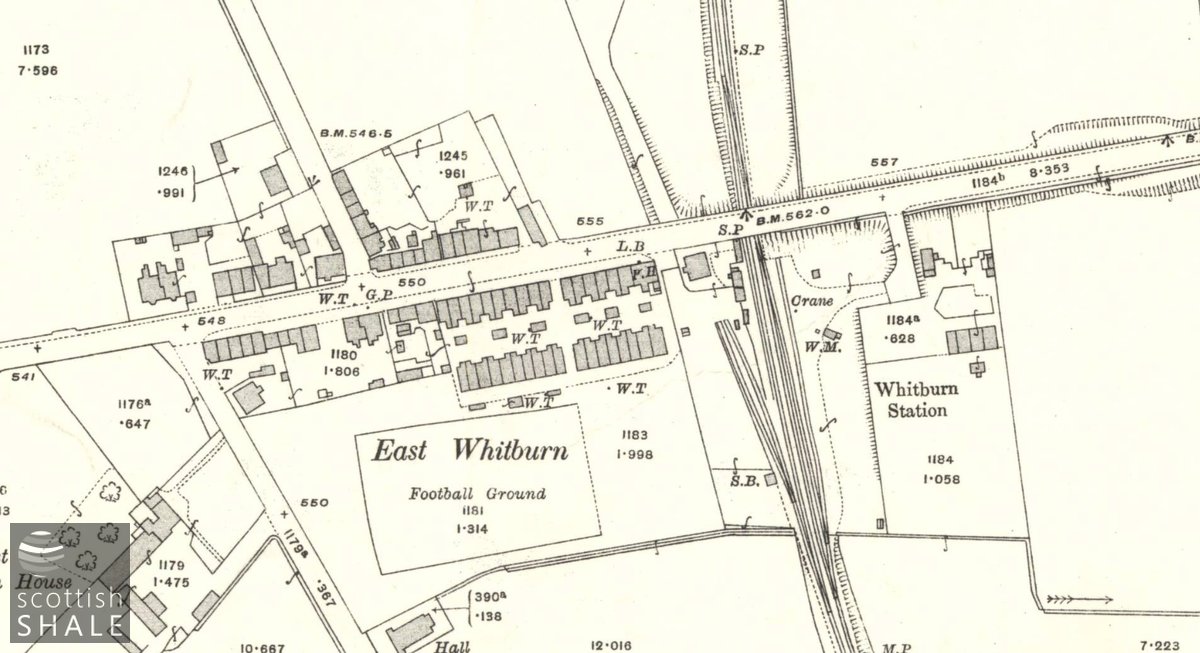